Posts by tag: The Empire Strikes Back

Stormtrooper | The Evolution Of A Helmet

5 Reasons Why Han Solo Is The Greatest Star Wars Character

Welcome to the newest of our Preview Blogs from the Prop Store 2018 Entertainment Live Auction. During August and September, we will give you a weekly advance preview of some of the amazing and iconic lots that we have in store for you in this years auction… this week we’re looking at 5 Reasons Why Han Solo Is The Greatest Star Wars Character! 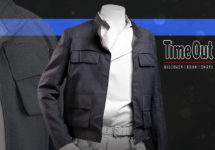 Spotlight On Han Solo At TimeOut | Highlights from EMLA 2018

Star Wars has entertained billions of people over the past 40 years and is now firmly entrenched in the world of popular culture. In the Prop Store Cinema Poster Live Auction, we are proud to offer the most extensive collection of Star Wars posters ever to be offered on the open market. In the collection, there are a number of rare international posters, including lots from the UK, US, Russia, Poland, Hong Kong and many other countries. Additionally, we are very lucky to have some truly rare and iconic posters that is sure to re-ignite your Star Wars nostalgia with the iconic art of the original Star Wars trilogy. 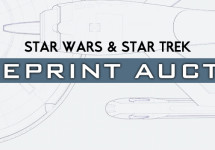 Our blog coverage of the Star Wars & Star Trek Blueprint Auction is back and, as promised, we are sticking to a galaxy a little closer to home this time and exploring some of the great Star Trek lots in the sale…