In our last instalment we took a closer look at the artistry that went into achieving an authentic transition between Mogwai puppets and their Gremlin counterparts. Of course, no matter how aesthetically impressive a puppet is, if it can’t move it’s not of much use to the production and last week’s featured lots were no exception to this rule. As we saw with the Gremlins puppets, whether by mechanical components, servos or even through simple marionette puppeteering, Rick Baker has been just as revolutionary in bringing his creations to life through movement as he has been in their design.

We start off this fascinating journey with lot 30. Mechanical Puppet Arms. These cable controlled arms are rigged up to two control handles that allow the arms to mimic the movements of the puppeteer with amazingly articulate motions. 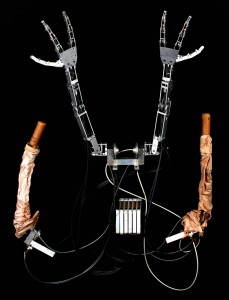 Baker would use these arms to demonstrate his capabilities in simulating creature movement, including in this 1981 interview with Maria Shriver on PM Magazine, which also details many of Baker’s other innovative methods for animating his creature designs.

Lot 43. Harry (Kevin Peter Hall) Insert Head with Controls is a lot that is as noteworthy for the memorable character it helped bring to life as it is for the technology used to animate the creature. With myriad cables running into the head, thirteens levers and three control boards, this impressive piece was used to move the skin and simulate facial expressions. This piece was famously used in a shot from the film in which Harry cracks a wide smile. 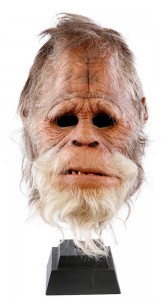 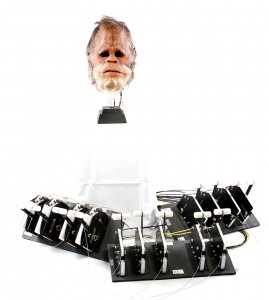 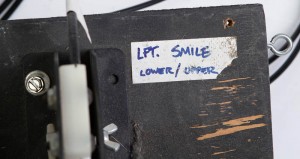 In the last instalment we saw a mechanical Mohawk puppet, but lot 100. Mohawk Telemetric Puppet Rig allows for a much different look at the character and how he was brought to life on screen. Because the puppet has been stripped of his skin, we can get an up close and personal look at the array of mechanisms that it takes to animate this puppet, which was used for the most intricate on-screen movements. The telemetry rig allowed multiple puppeteers to transfer their movements to the puppet while a joystick was used to move the neck and servo motors were used to simulate the finer movements of the face. Constructed more than 25 years ago, this is truly an engineering feat and a rare opportunity to see it from a unique point of view. 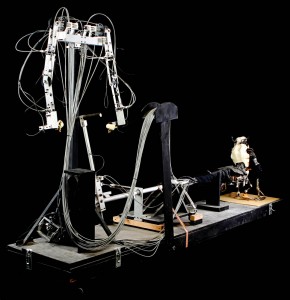 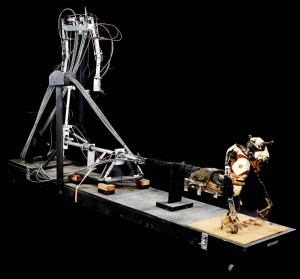 Finally, we examine lot 362. Oversized Animatronic Worm Guy Insert Puppet. The worm guy aliens are some of the most memorable creatures in the entire Men In Black franchise. This is due largely to their brashness, a trait that would not have translated effectively to screen without matching body language. In the photos and video below, you can get an idea of how intricate the mechanics had to be on the three time scale puppet in order to achieve the desired movements. 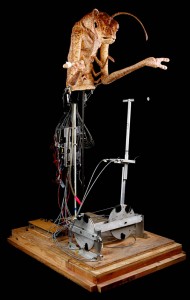 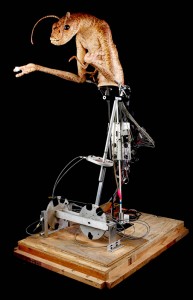 This is just a small sampling of the many creatures in the auction that were brought to life by Baker’s innovative methods. Check in for part five as we look at perhaps the most impressive example of this when we highlight lot 213. Full-Size Alien Edgar Bug Animatronic Character.

In the meantime, be sure that you register to bid so you don’t miss your opportunity to own a revolutionary piece of filmmaking history. Head over to the interactive catalog to see all of the incredible concept artwork and maquettes that helped inspire Baker’s most famous on-screen creations.