The REAL World of Warcraft

I spent 10 years in Azeroth. The world of Massively Multiplayer Online role-playing game World of Warcraft was immense, compelling, exciting and a great way to spend a long evening — whether that was hitting dungeons with your friends, exploring its lush jungles or barren wastes, or just hanging out down the inn in Stormwind’s Old District chatting with your guild buddies. 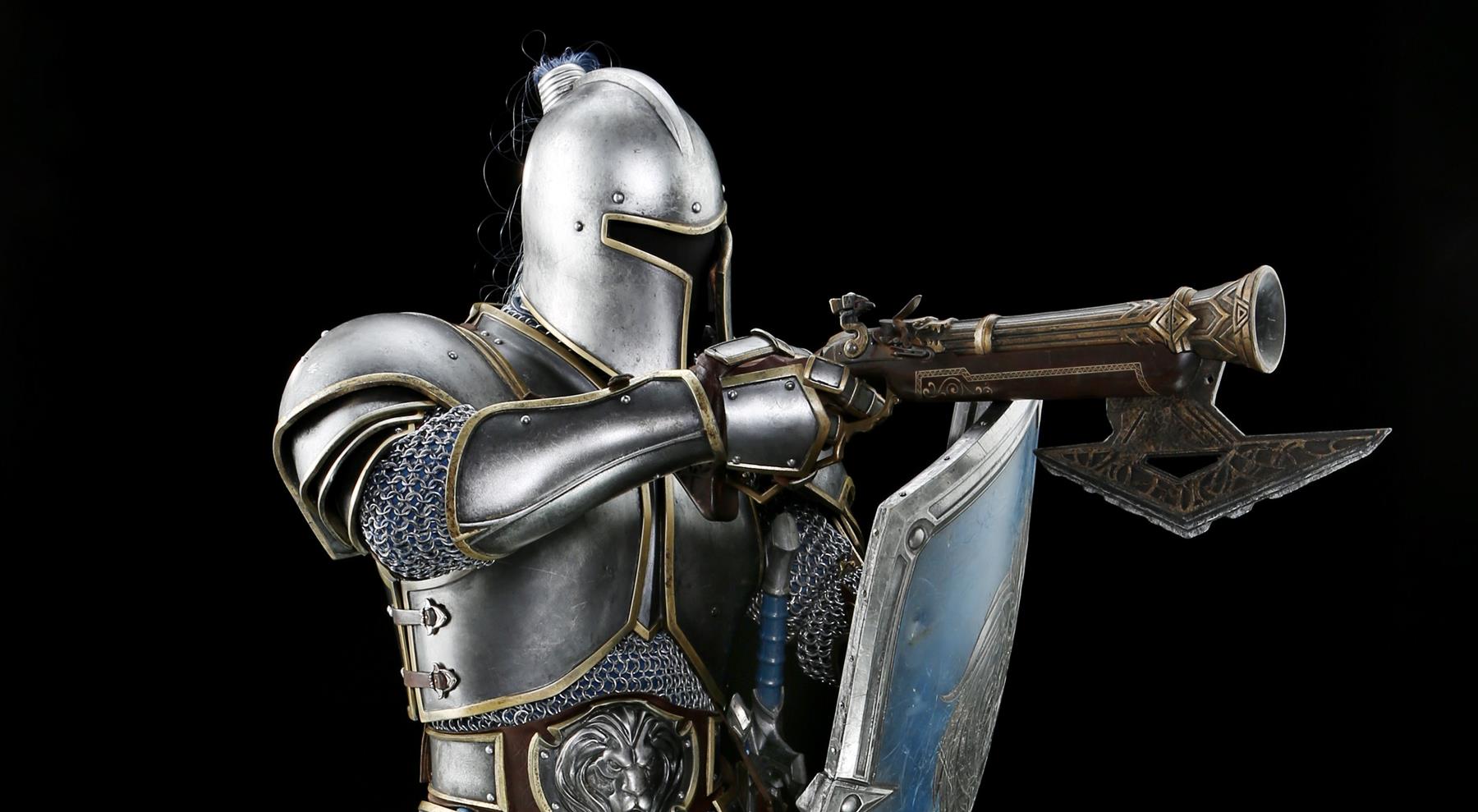 I spent 10 years in Azeroth. The world of Massively Multiplayer Online role-playing game World of Warcraft was immense, compelling, exciting and a great way to spend a long evening — whether that was hitting dungeons with your friends, exploring its lush jungles or barren wastes, or just hanging out down the inn in Stormwind’s Old District chatting with your guild buddies.

One of its many appeals — in addition to the online social aspect, and the sheer joy of levelling up — was its distinct, attractive visual quality: just on the right side of cartoony, with solidly chunky armor and weapon designs, and vividly realized environments, all larger than life in the best possible way. Blizzard Entertainment’s World of Warcraft continues today with millions of subscribers. 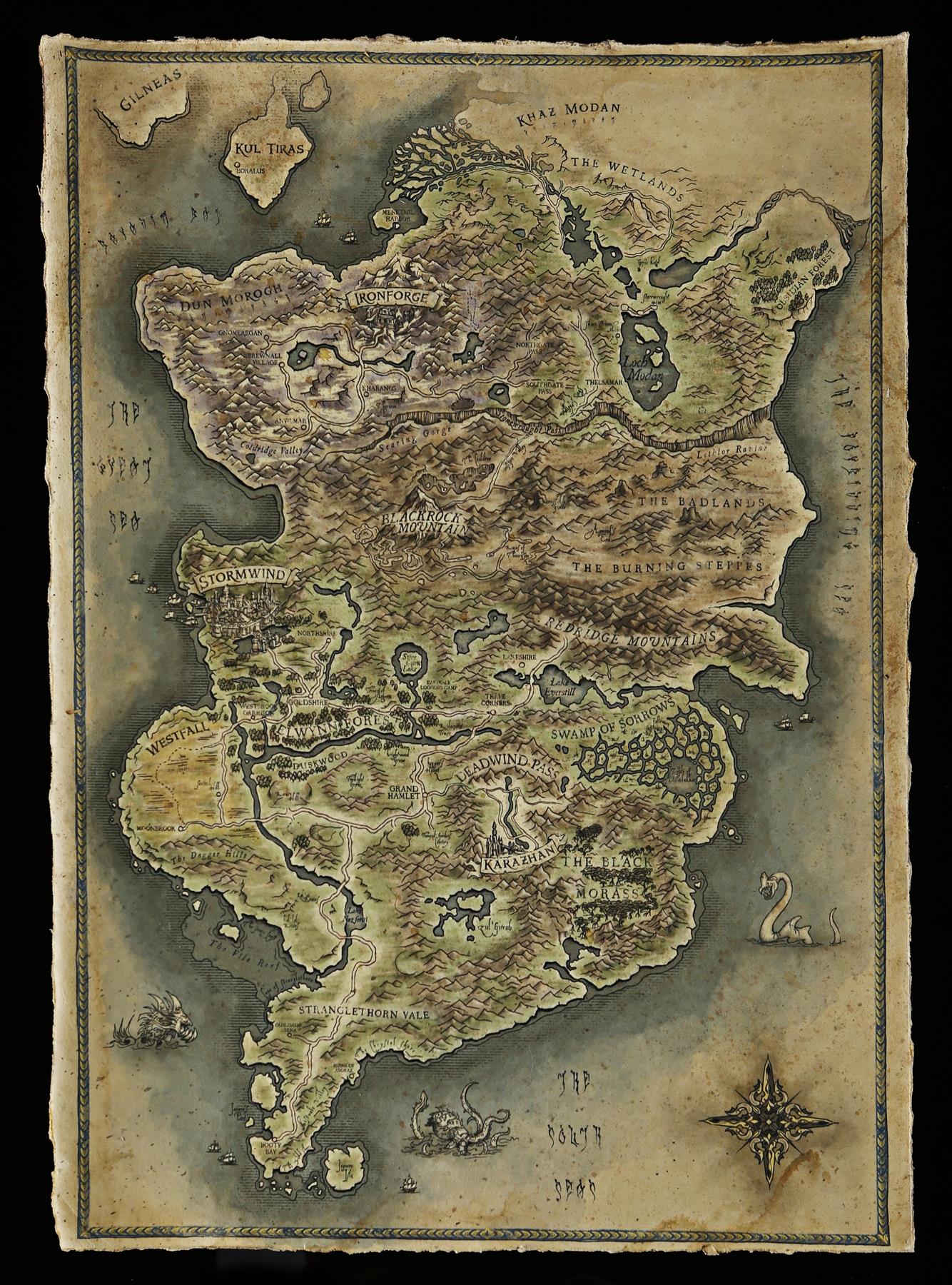 During my decade playing the game, I was also the features editor of Empire magazine, the world’s biggest movie magazine. So when I was invited by Universal to Vancouver in April 2014 to visit the sprawling sets of Duncan Jones’ Warcraft, I jumped at the chance. I was going to spend a day in the ‘real’ Azeroth.

As Art Director Dan Hermansen explained to me on my arrival at MJA Studios in Vancouver (just the first of four studios I’d visit during that day), the production worked closely with Blizzard’s own art department to bring that bright world to life in as convincing a manner as possible. As he showed me around a Stormwind Castle dungeon, Hermansen spoke of having to “strike a balance a balance between the look of the game — which is oversized and colorful — and giving it gravitas.” Everything in the film, he explained, had to be created and designed, which required a huge effort by his department. More so than Blizzard’s; “They have no physical constraints,” he noted, “we have to design for the real world.” 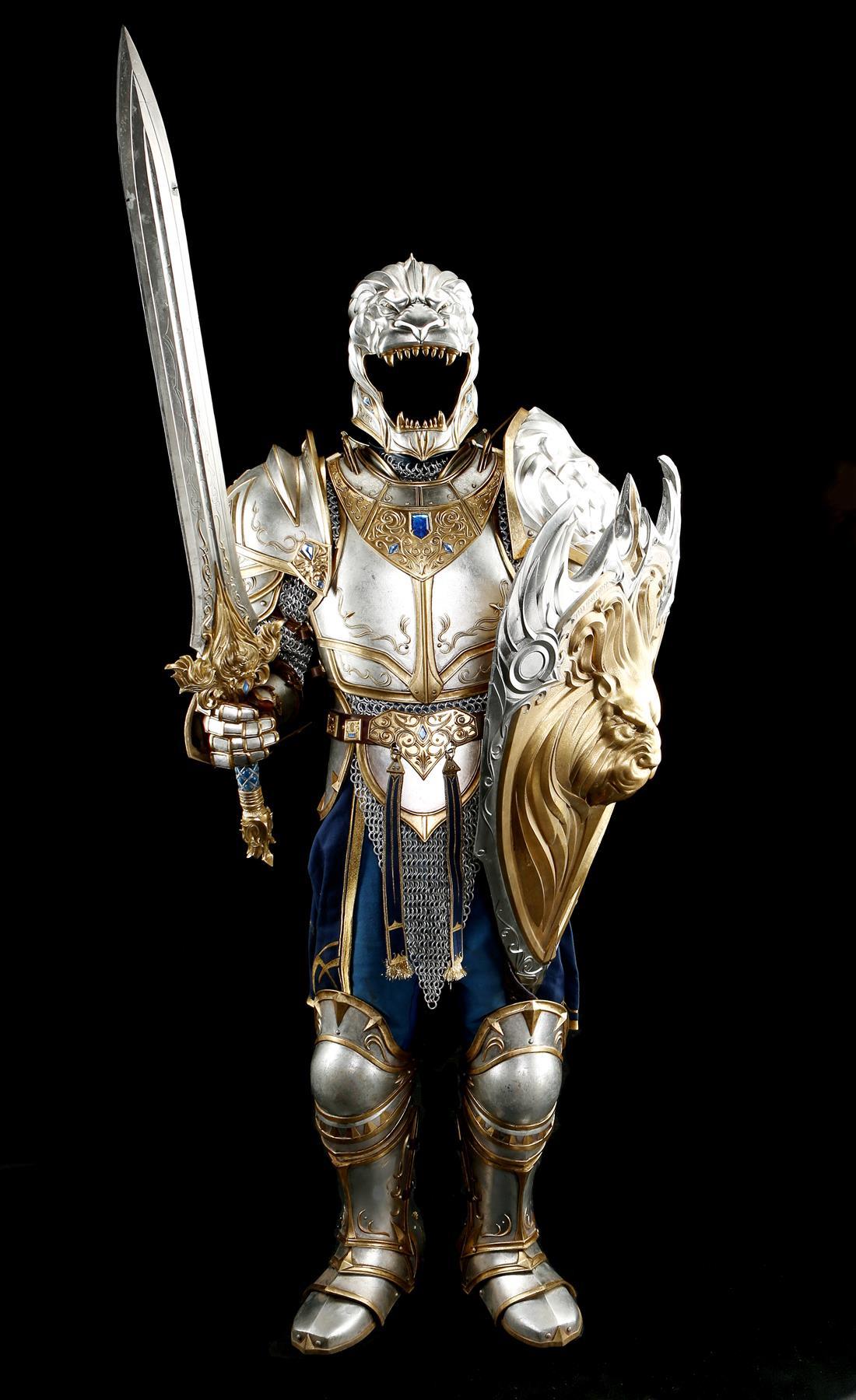 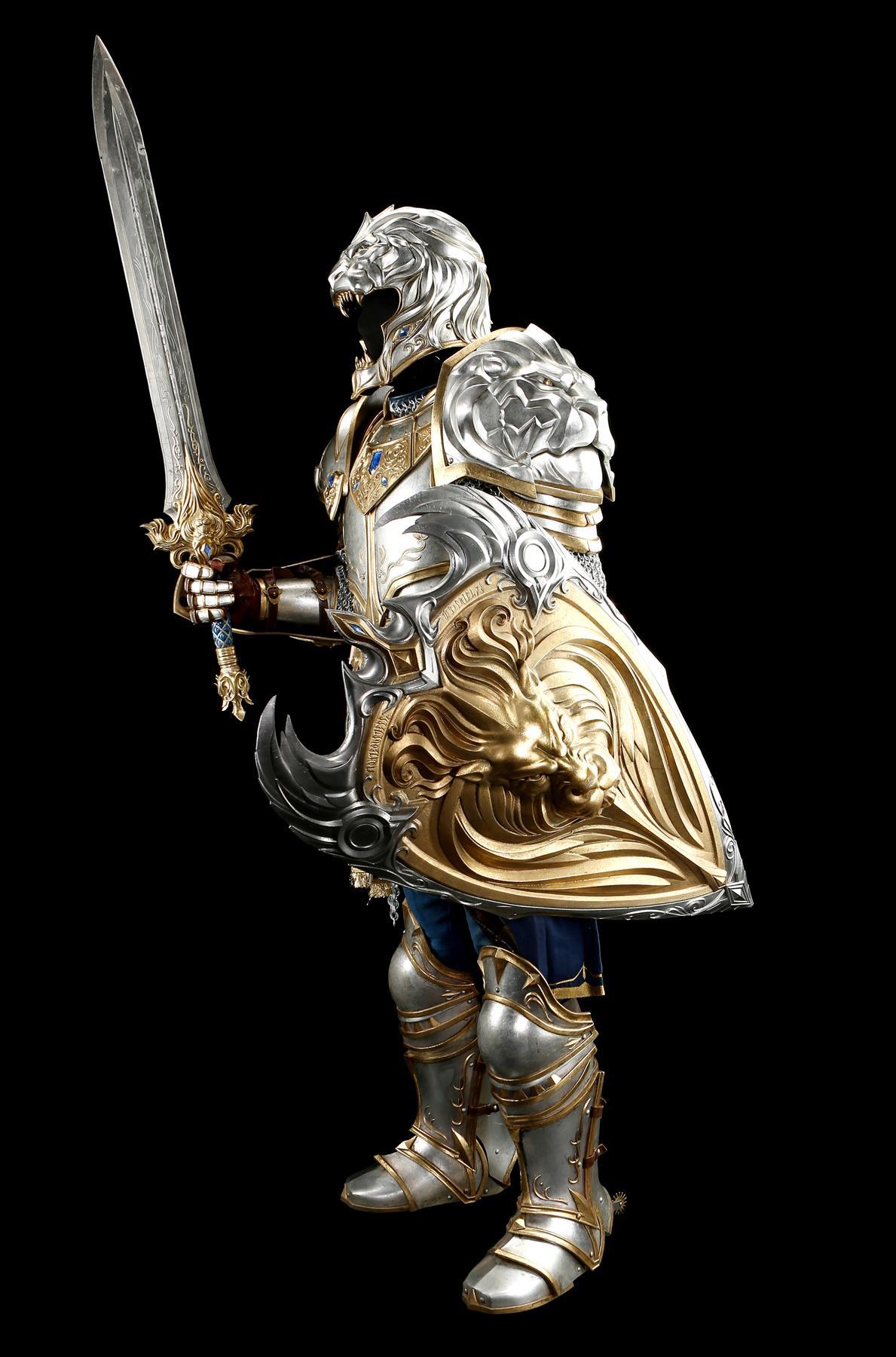 As I walked around Stormwind’s market (in Burnaby, just outside Vancouver) with production designer Gavin Bouquet, and stalked the aisles of the prop and costume warehouses at Beresford Street Studios, it was clear that the Warcraft look was being impeccably maintained by Jones’ talented crew. That went right down to the design of the orcs themselves: burly, tusked and covered in tribal adornments, as the latest Prop Store Warcraft auction shows, thanks to the inclusion of an impressive SFX Orc Head Bust. 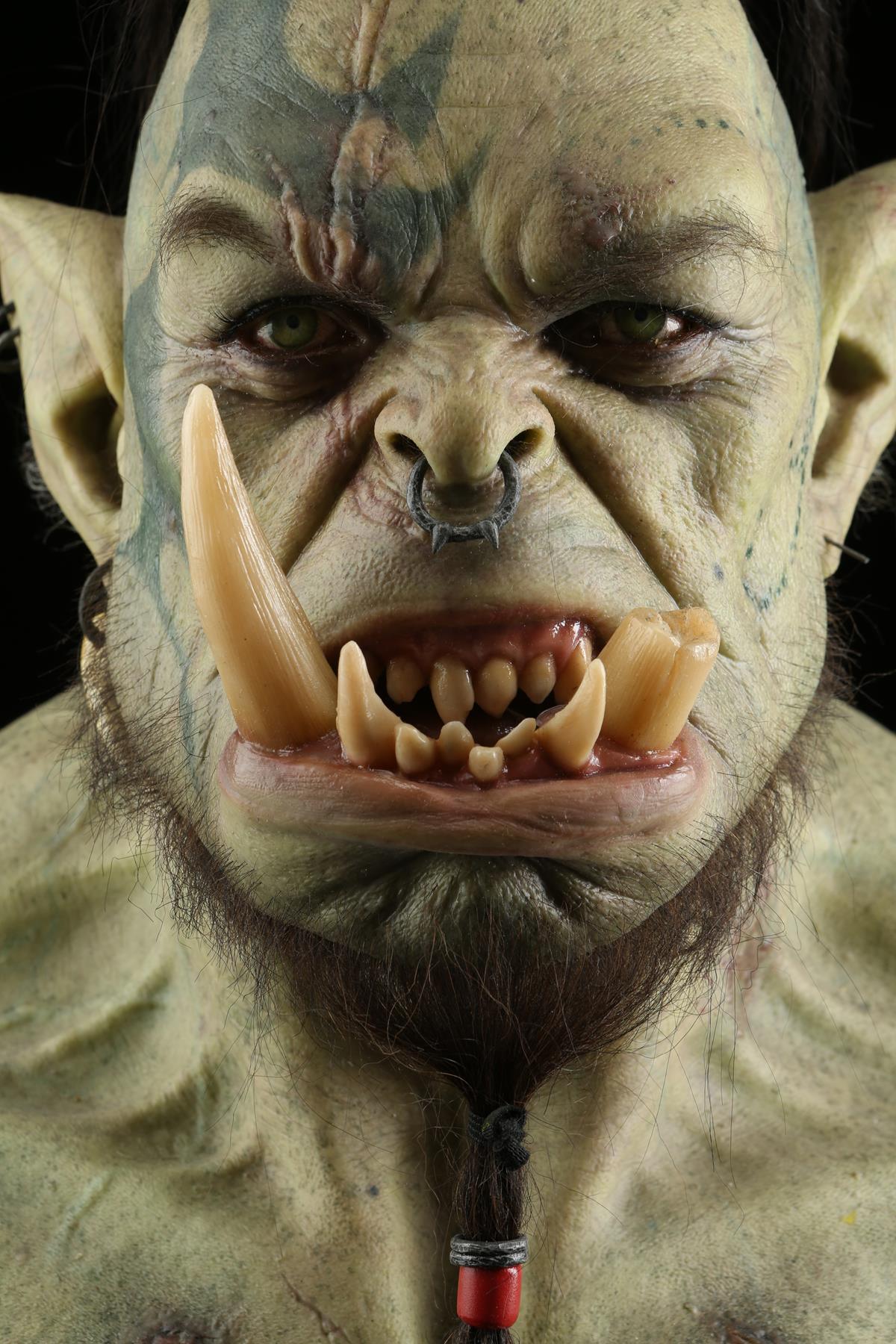 Perhaps the most exciting moment that day was when property master Jimmy Enright brought me to a table laid out with all the main characters’ hero weapons — the human weapons created by Weta Workshop, the orc ones by London’s Prop Shop. These ranged from a narrow elegant dagger, to a dwarven hand cannon wrought from brass and wood and made to fire for real at the director’s request, to the orc Orgrim’s (Rob Kazinsky) gigantic “Doomhammer” — made as reference for the VFX artists — whose shaft was so thick, I couldn’t even wrap both hands around it. It’s great to see some of these amazing items now up for auction — including King Llane’s (Dominic Cooper) impressive, lion-festooned sword and shield, which Enright allowed me to try on for size. Although, rather embarrassingly, as I posed for a photo, Fimmel walked right past in full battle-gear as the heroic Lothar and gave me a bemused look

As somebody who spent countless hours immersed in this online world as a player, the fact that the movie adaptation involved extensive set builds and the creation of hundreds of props and weapons, and full wearable suits of armor, proved an incredible thrill. The virtual became tactile, and the game became real.