The Horde Arrives: Highlights from the Warcraft Auction

When their homeworld, Draenor, was depleted of resources, Gul’dan, corrupted by the Fel, opened a portal and led an invasion to Azeroth. Looking for a fight, the orcs brought along their strongest warriors and nastiest weaponry. Take a look now at some of the highlights that made it through the Dark Portal. 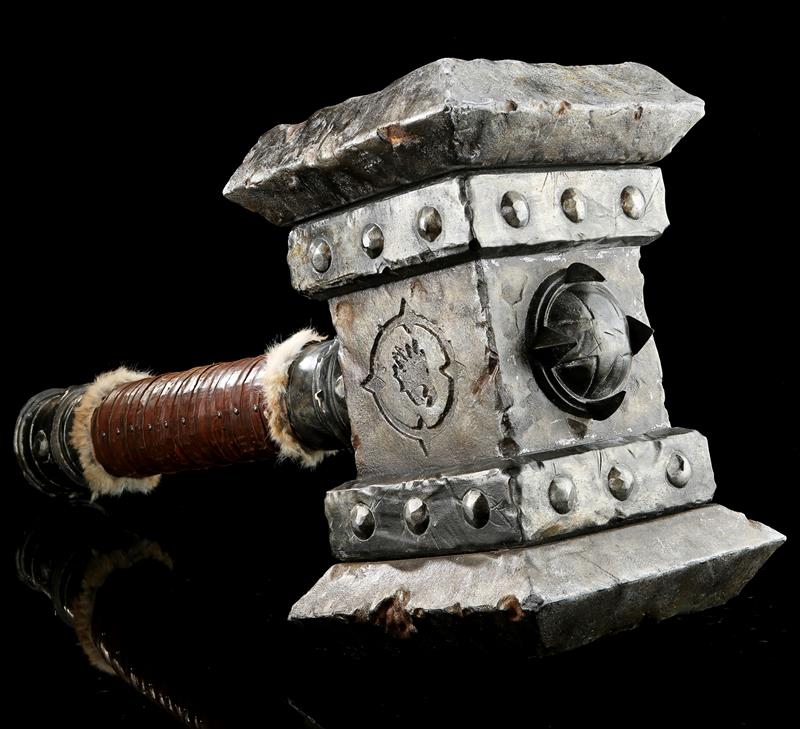 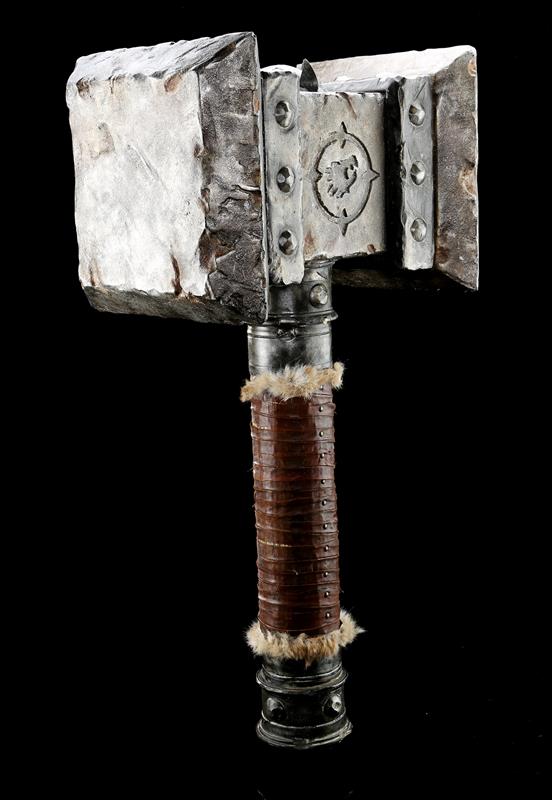 Formerly second-in-command of the Frostwolf Clan, Orgrim was one of the fiercest orcs in battle and Durotan’s trusted right hand. His alliances swayed throughout the invasion, but no matter which side he fought for, he did it with the Doomhammer. Orgrim’s namesake, the Doomhammer, is a legendary weapon in the orc culture, having been forged in the elemental lava of Draenor. The resin and dense foam hammer was sculpted to mimic granite, with a clan design on the side and a leather-wrapped handle with faux fur trim. The massive hammer clocks in at 48.5” long. 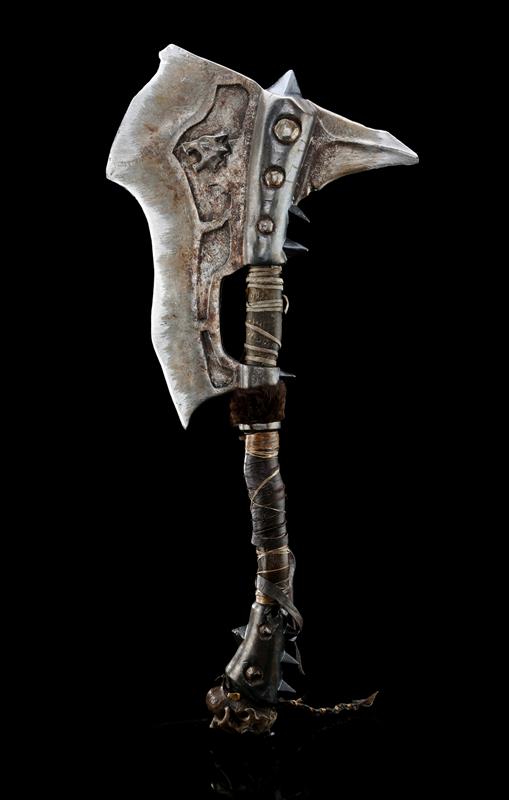 Though the fiercest in the clan, Orgrim is certainly not the only Frostwolf orc to enjoy a good fight. When members of the Frostwolf clan took up arms against the Alliance in Azeroth, many wielded deadly axes like this. Even with its crude design and unwieldy size, the axe is undeniably dangerous looking and ready for battle. Constructed from dense urethane and foam, with leather and faux fur accents, the axe is finished with a detailed paint job to highlight its wear. 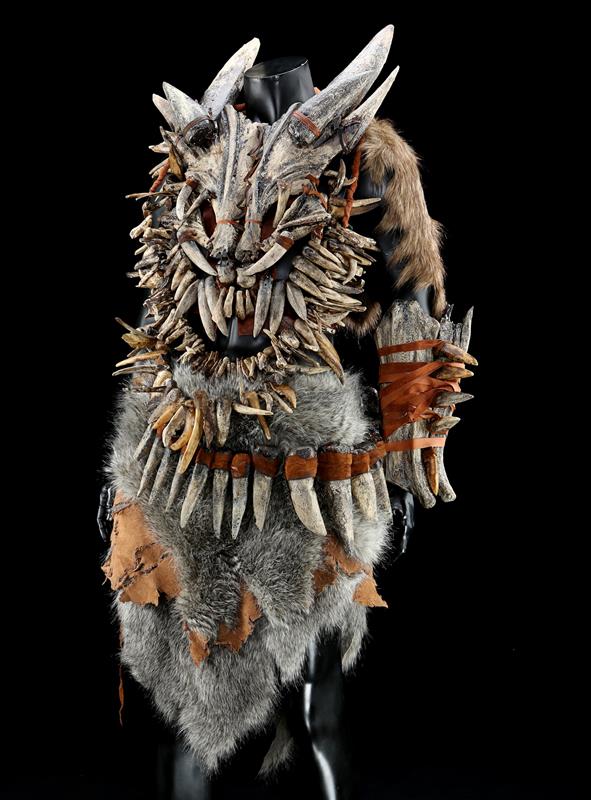 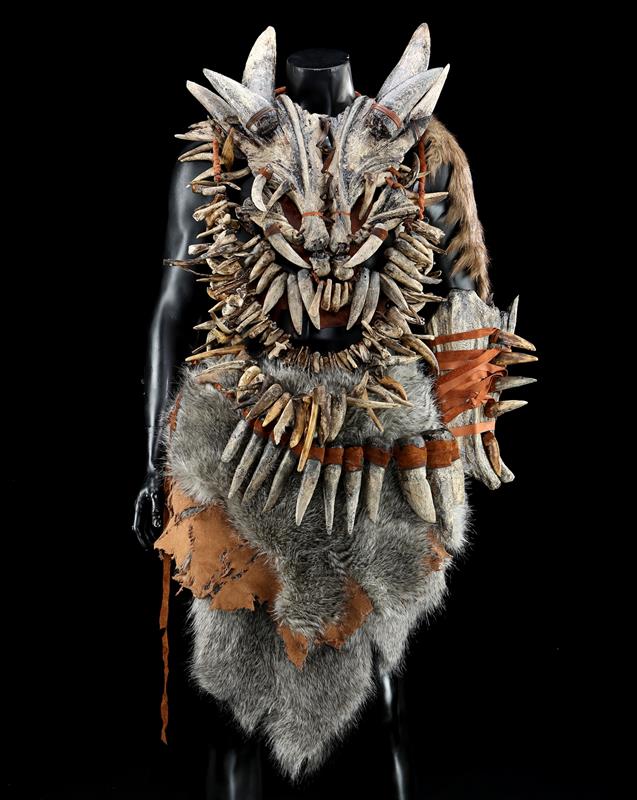 While most orcs in the film was created digitally, many full orc costumes were made to be worn by models. The performers were digitally scanned in costume, with that information then used for lighting and texture mapping on the computer models. For this reason, costumes like this Taruk ensemble were made with as much detail as possible to help the digital effects team. Taruk’s resin chest piece is formidable, especially when coupled with a collection of bone necklaces. A faux fur skirt and arm greave complete the look. 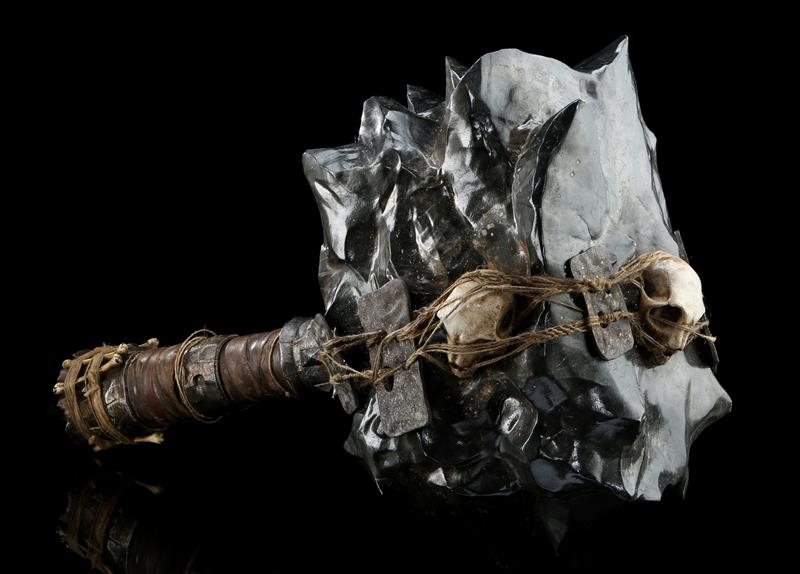 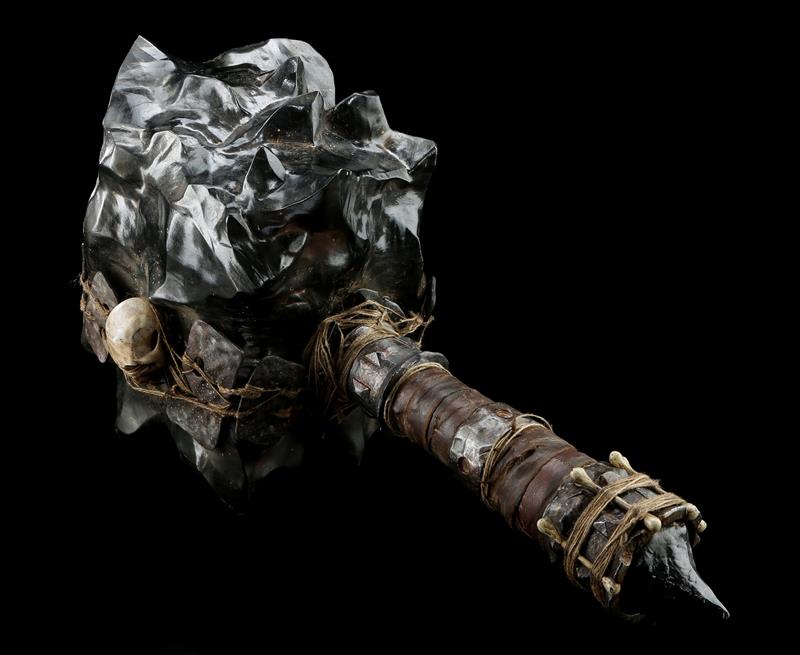 The Blackrock clan took part in the invasion of Azeroth and took along their signature weapons for the fight. This Blackrock battle hammer was made to look like a large piece of unrefined obsidian stone with a metal handle. The piece is decorated throughout, with leather and bone pieces along the handle, and small skulls strung across the hammer’s head. 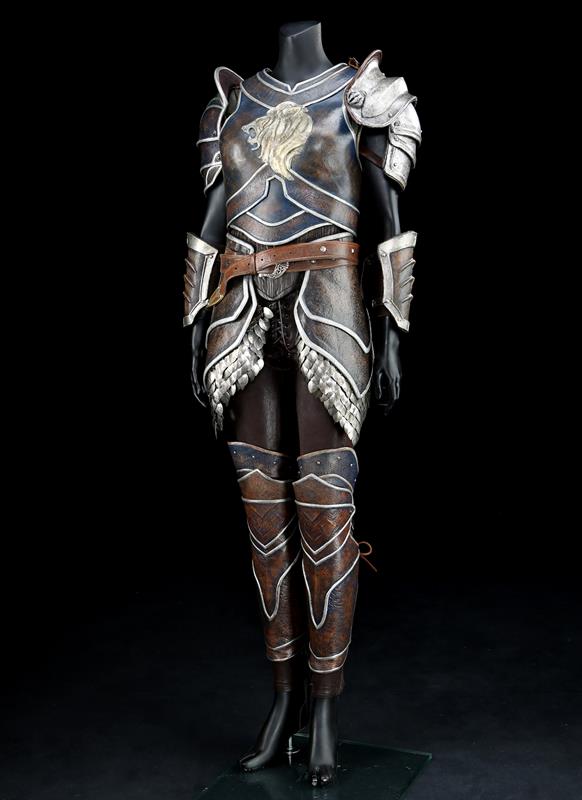 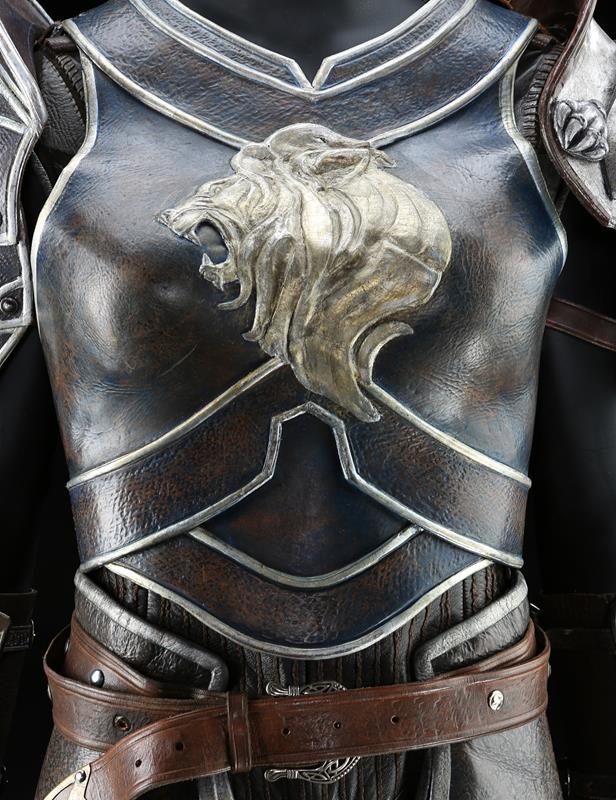 Alliances can change quickly in war, as was true for half-orc, half-human Garona. Having escaped captivity as Gul’dan’s personal slave, Garona found refuge with Lothar in Stormwind, and fought off her fellow orcs with the Alliance. For the battle, Garona was gifted a custom set of armor made up of brown leather pieces with silver-toned trim and an Alliance lion silhouetted in the center of the chest piece. Also included with the lot is Garona’s dagger, which she used at the behest of King Llane to kill the ruler and unite the Alliance.

These lots and many more are open for bidding now in Prop Store’s WARCRAFT AUCTION Auction, with lots closing Friday, May 4th. Thank you for joining us for our blog coverage and be sure to check out our other articles in our auction series!

Next post
By the Blade: Highlights from the Warcraft Auction