Toy collecting, it seems, has never been more popular. If TV shows like Netflix’s The Toys That Made Us or the Discovery Channel’s Toy Hunter are anything to go by, the power of nostalgia has driven more people than ever before to seek out playthings from their childhood, whether for the sheer gratification of their personal passion, or as a potential investment…

But what’s been driving this new boom? In part, it’s a matter of accessibility. Where once you might have only chanced upon that coveted James Bond dinky car or Star Wars action figure at car boot sale or toy fair, we now live in the post-eBay world, where rare toys are far easier to track down and buy online. 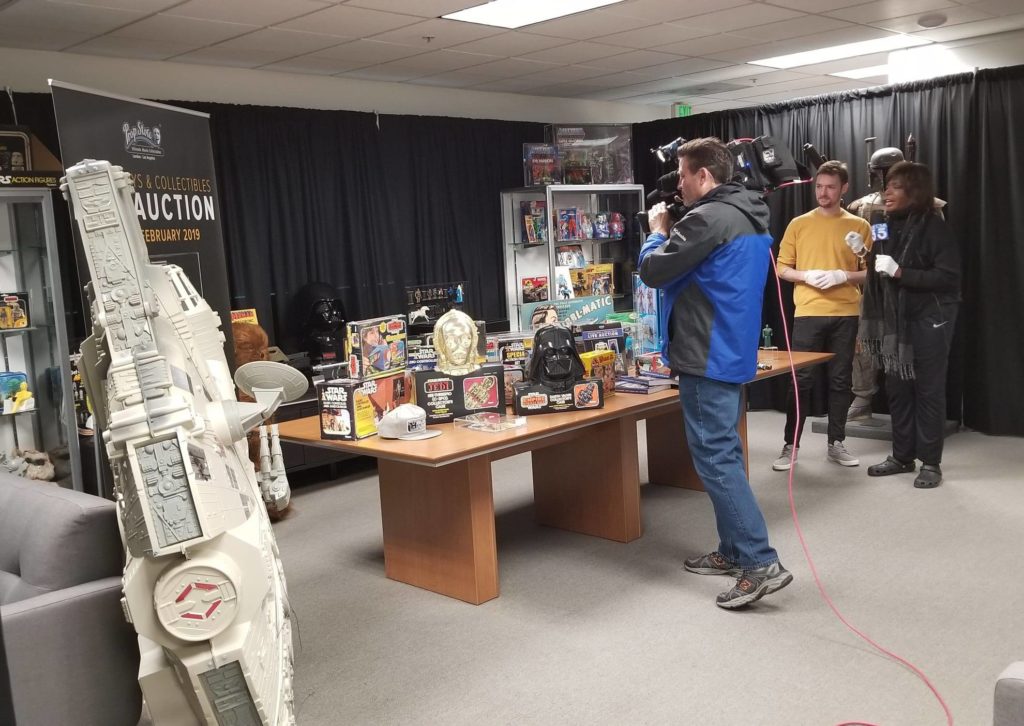 This new digital world has inspired Propstore to run their own dedicated vintage toy auctions, first in the US earlier this year, and now in the UK on 26 and 27 November. It has also enabled some collectors to set up their own business, such as New Yorker Brooke Harajima, who recently told silive.com she saw a market in the popularity of ’70s and ’80s toys with “the Gen X crowd” and set up her own online vintage-toy retail outlet Brooke’s Nook. 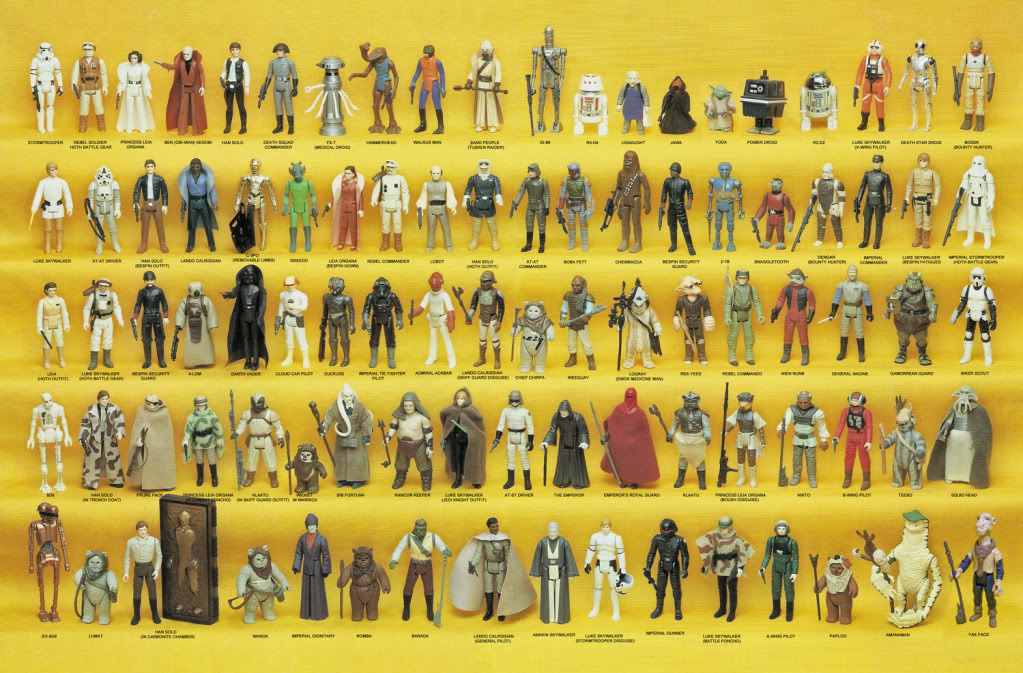 Harajima makes a good point about Generation X. Those who were children when that industry-shaking event known as Star Wars happened are now ideally placed in terms of disposable-income availability, combined with the strength of their nostalgic pull towards those movies, among many others. Despite a shaky start with Star Wars’ merchandising — Kenner was infamously a year late with getting its first line of action figures into stores — that film truly changed the game, ensuring George Lucas’ heady cinematic blend of war movie, Western, fantasy and space opera became as much a play experience as it was a viewing experience.

Of course, other movies had merch previously — 1968’s Planet of the Apes appeared on everything from board games to lunch boxes — but nothing matched the breadth and quality of Star Wars’ action figures, vehicles and playsets. Other film properties promptly followed suit: James Bond, Star Trek, even David Lynch’s 1984 Dune, whose action figures are now highly coveted among collectors. And today, in addition to official toys for today’s big franchises like Harry Potter and Marvel Studios’ output, we also have companies like Funko producing their own, brightly appealing collectibles, while the likes of Sideshow Collectible and Mondo now put out highly detailed premium toy lines, with limited runs of 12’ or 18’ figures selling at high prices. 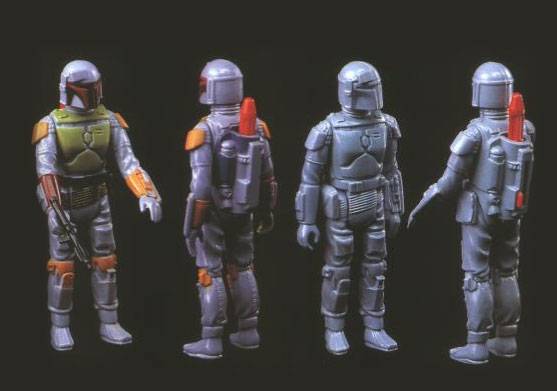 Many collectors speak of the “20-year rule”, which is when nostalgic interest peaks, from actually playing with toys as a child to re-engaging with them as an adult collector. That’s one reason why Star Wars continues to dominate: we’re now 20 years on from The Phantom Menace kicking off the prequel trilogy (while the Special Editions of the original trilogy came two years previously). It is a franchise which continually refreshes itself. 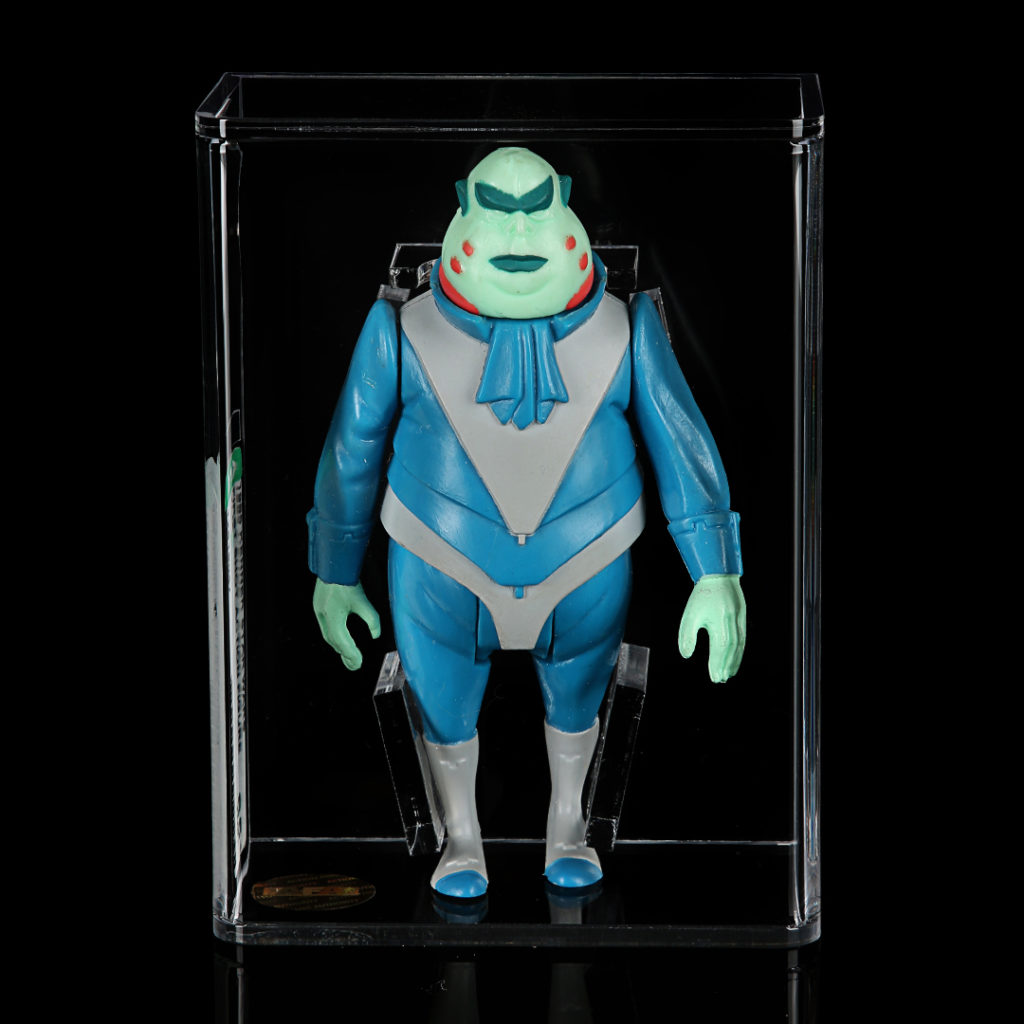 Unsurprisingly, the most sought-after vintage toy is a Star Wars figure, namely the 1979 Boba Fett with firing rocket, which never reached stores because its mini projectile was considered a choking hazard (a prototype once sold at auction for more than $86,000). The Star Wars Droids TV show also spawned toys which are highly coveted, not least the Vlix action figure, which exists either as a Kenner prototype, or a Glasslite production figure. Propstore’s auction features one of these rotund, green-skinned rarities: a Kenner “first shot” Vlix, which is expected to sell for between £8,000 and £10,000. 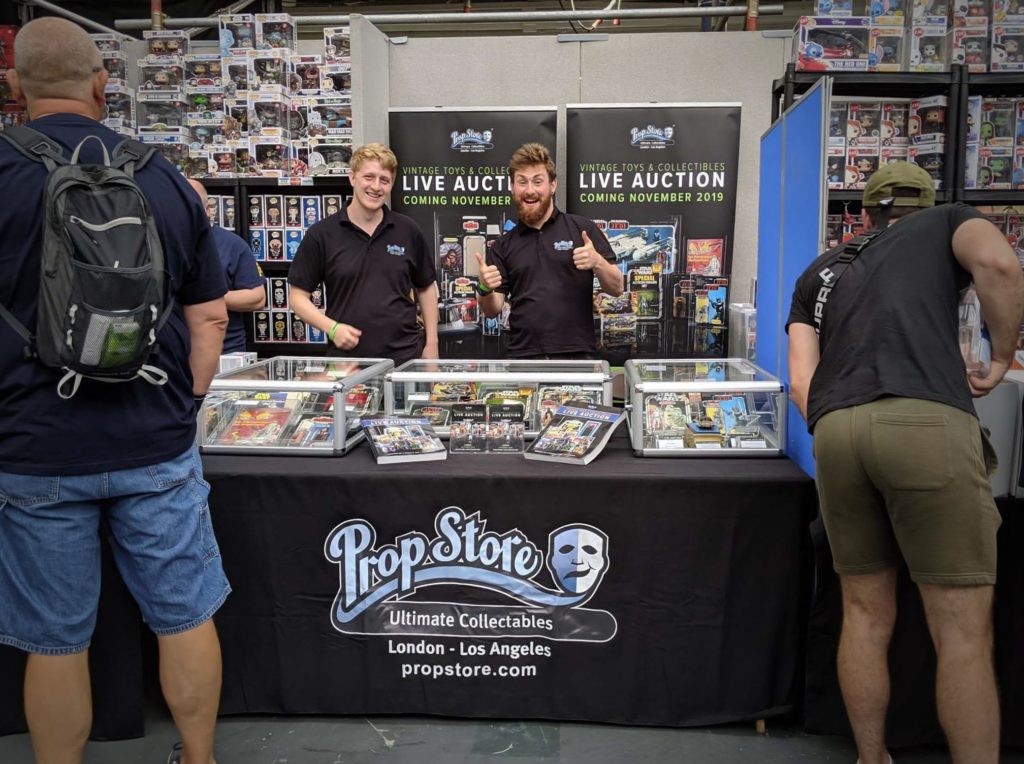 For most toy collectors, though, the hobby is more about reliving those distant surges of childhood joy in a direct and tactile way than it is investing thousands in such holy grails. For example, Propstore’s auction offers sets of loose Star Wars Kenner figures in fair condition for between £50 and £150, making this an appealingly affordable collecting hobby. Another good reason for its surging popularity.

Share
Related Articles
26.02.2019  |  Auctions
Toy Story: Propstore Launches Its First Vintage Collectibles Auction…
Propstore’s current Vintage Toys And Collectibles Live Auction represents another ground-breaking first for the company. In bringing together 750 original production toys, international collectibles, posters, cast & crew items into one auction, it is the first time Propstore has moved into the toy collecting space with a carefully curated selection from some of the world’s […]
04.09.2018  |  Auctions
5 Reasons Why Han Solo Is The Greatest Star Wars Character
Welcome to the newest of our Preview Blogs from the Propstore 2018 Entertainment Live Auction. During August and September, we will give you a weekly advance preview of some of the amazing and iconic lots that we have in store for you in this years auction… this week we’re looking at 5 Reasons Why Han Solo Is The […]
21.02.2020  |  Auctions ,  Star Wars
ROCKET MAN: Ballad of a Rocket-Firing Boba Fett
Ask any toy collector which treasure they’d most like to own, and the chances are they’d all tell you the same thing: a rocket-firing Boba Fett. The laconic intergalactic bounty hunter is widely regarded as the Star Wars saga’s coolest character, with his Spaghetti Western-style, jetpack armour and that iconic, narrow-slit helmet visor, which suggested […]
08.02.2019  |  Auctions
A COLLECTOR’S HEAVEN: Highlights from the 2019 Vintage Toys & Collectibles Live Auction
Each of us falls in love with the playthings we encounter as children, many of them still treasured as we grow up and out of touch with our sense of play. But sometimes we give our toys away, or lose them, or sell them to make space – and immediately after, we regret it. Now, […]
Sign up to be in the know