By Matt Truex on 16.03.2016  |  Auctions
The Art of the Kill: The Art Department’s Contributions to Hannibal
Share

While Propstore regularly deals with breath-taking props and artwork created for the screen, the consistency of the work produced by the Hannibal art and prop department is among the very best work we have encountered. Take a look at some of the incredible contributions made to the show by the talented artists and craftsman behind the camera.

Throughout the series, Hannibal Lecter (Mads Mikkelsen) is often seen sketching everything from classic paintings, to landscapes, to nudes, often sketching the faces of those closest to him in classic poses. In the season three episode “The Great Red Dragon,” Hannibal is once again seen sketching a very familiar subject matter from his prison cell. This lot of two printed sketches show Hannibal’s take on a Renaissance era figure with Alana Bloom’s (Carolina Dhavernas) face replacing the original matriarch. The images are printed in high resolution on different textures of sketch paper. 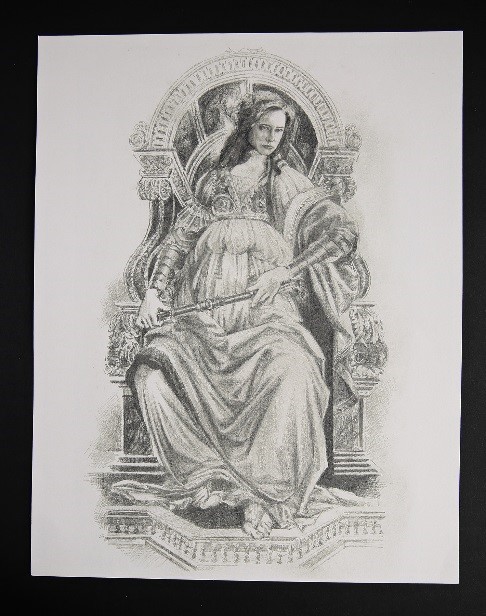 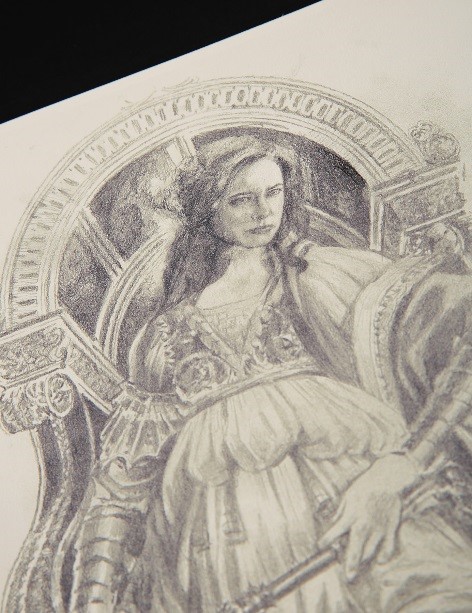 Not just an artist, Hannibal’s penmanship and calligraphy skills throughout the seasons is consistently delicate and measured. This lot of printed notes from episode 213 “Mizumono” are examples of notes made by Hannibal during Will Graham’s (Hugh Dancy) therapy sessions. The notes are printed in high resolution on thick, unlined paper. These pages were made to be burned on screen when Will and Hannibal destroy evidence of their therapy sessions, but thankfully survived production and made their way into the auction. 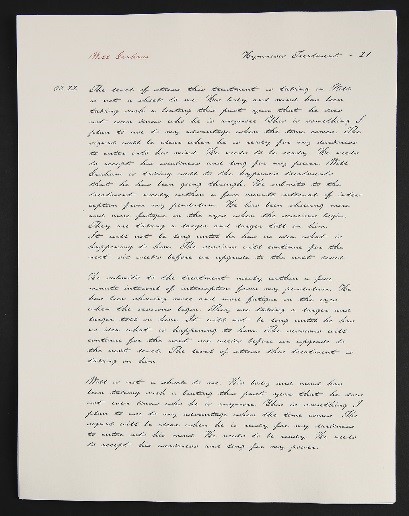 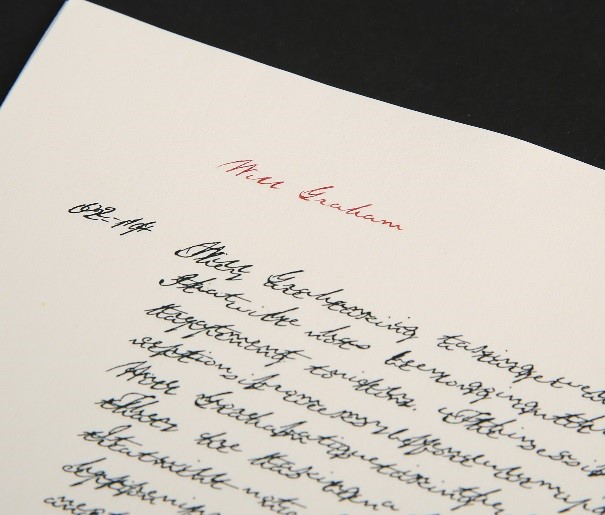 When producing a show with police procedural elements, one of the many props called for are likely to be crime scene photography and official looking documentation to accompany them. This lot from episode 306 “Dolce” is an excellent example of those kinds of paper props created for the show in any given episode. Among the many items offered with this lot are crime scene photos of the Botticelli-themed double homicide, prints of Botticelli’s “Primavera,” assorted visa paperwork for the likes of Hannibal Lecter, documents from the Italian police, and more. 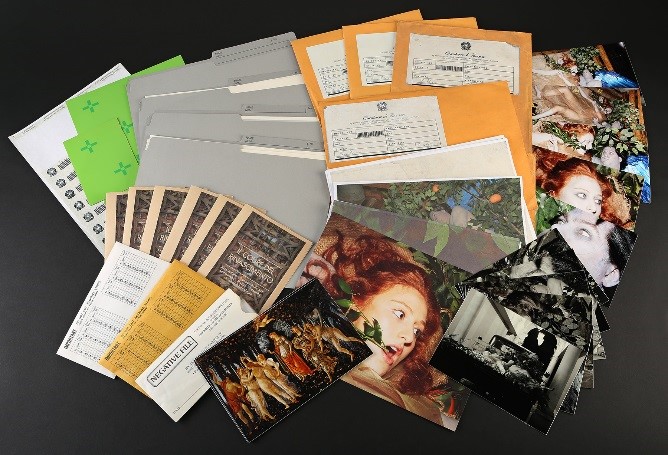 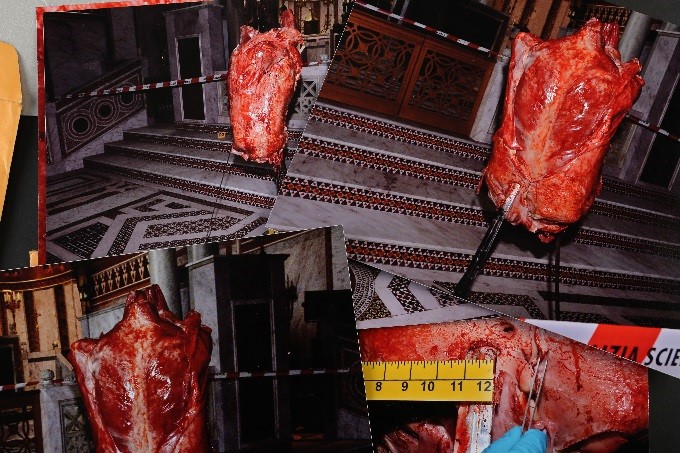 With the introduction of Francis Dolarhyde (Richard Armitage) in season three, the series’ newest maniac brought his own artistic talents to his ever-expanding scrapbook. Documenting Hannibal Lecter’s capture and his own transformation into the Red Dragon, this book contains multiple pages of clippings and handwriting that relate to the events of the series. Continuing the character’s extreme dislike of his press-given nickname “The Tooth Fairy,” the prop department went as far as to redact any mention of the name from newspaper clippings in the book. 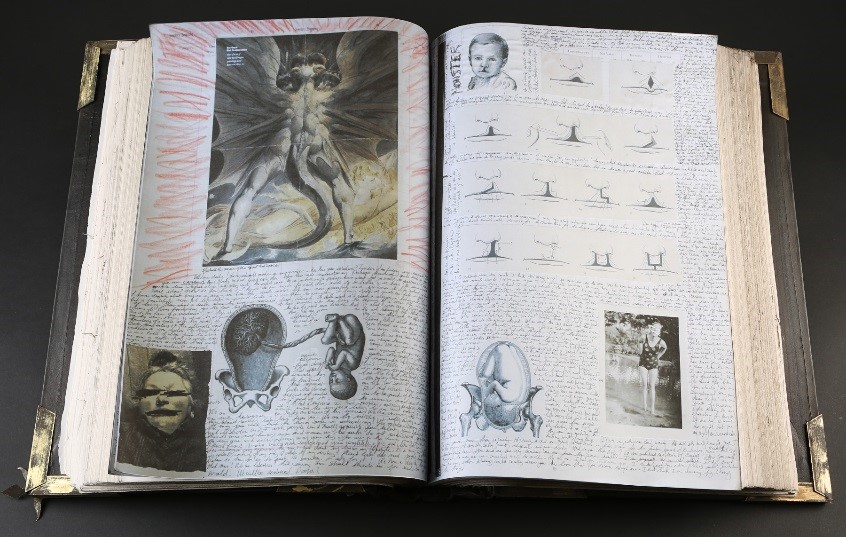 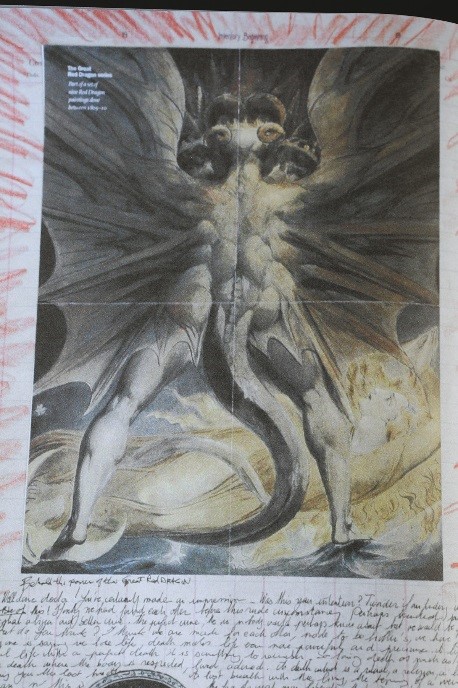 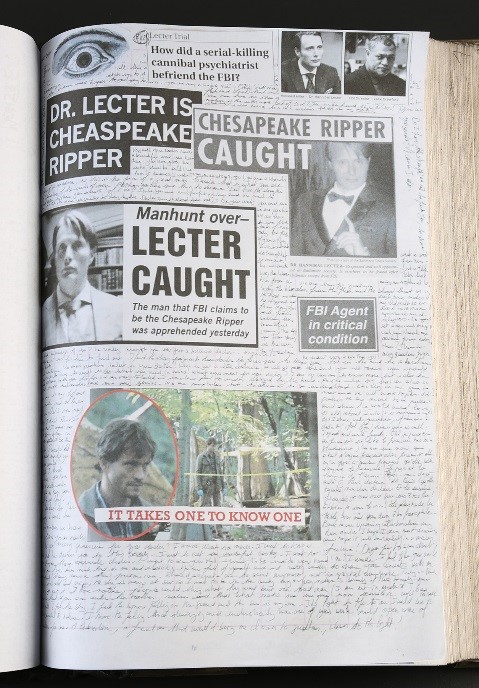 When dealing with the Dolarhyde storyline, it is a given that at some point the character will complete his transition into the Red Dragon persona and eat the original William Blake painting. For this sequence, the artisans behind Hannibal were tasked with created an edible version of the painting for actor Rickard Armitage to eat on screen. This lot includes an edible print of “The Great Red Dragon” made entirely of fondant and edible ink, as well as a paper print and production-made issue of Time Magazine. And though it may be enticing to some, we do not recommend consuming this or any of our auction lots for that matter! 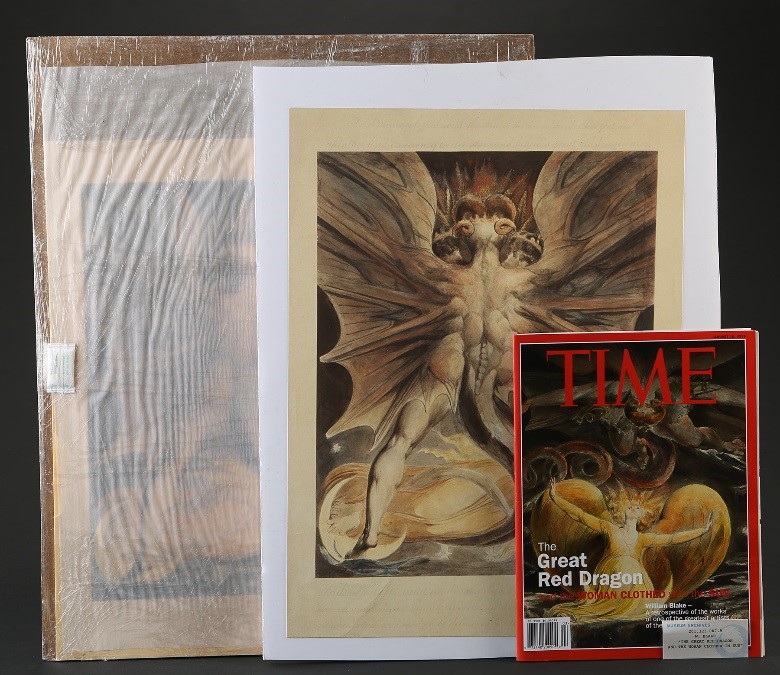 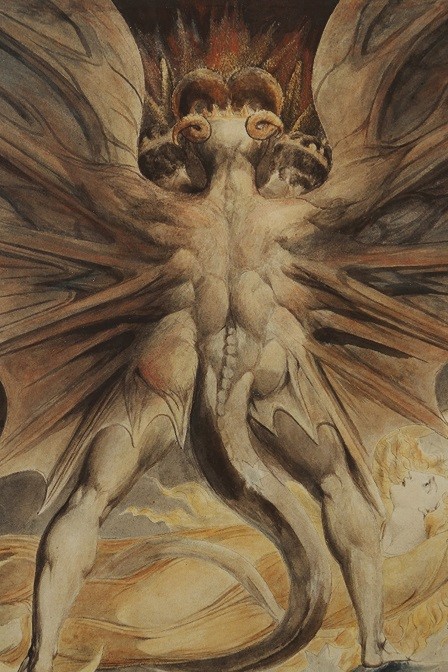 Bidding begins in the Hannibal Auction on March 21st, so be sure to check out our preview gallery and register for the auction. Also, check in next week for another instalment in our Hannibal coverage to learn more about the gory effects created for the series.

Share
Related Articles
11.03.2016  |  Auctions
Killer Wardrobe: The Sophisticated Style of Hannibal Lecter
With over 1200 lots in our upcoming Hannibal: The Complete Series Auction, it is incredibly hard to narrow down the standout pieces. But even compared to the rest of the cast, the show’s title character shows an impeccable mastery of style in any situation.
16.06.2015  |  Auctions
Exclusive Hannibal Prop and Costume Auction: Savor the Hunt!
We are delighted to announce our exclusive online auction of original costumes and props from NBC’s critically acclaimed television show – Hannibal.
22.03.2016  |  Auctions
Death Masks: The Chilling Makeup and Effects Pieces of Hannibal
In a series as dedicated to its aesthetic as Hannibal, everything seen on screen must be in line with the general tone and look of the series, from the costumes, to props, and even the special effects. The Hannibal crew spent an enormous amount of time getting every detail right on the effects pieces seen […]
04.04.2016  |  Auctions
The Female of the Species: The Women of Hannibal
While Hannibal Lecter’s deadly exploits are certainly a major focus of the series, the women surrounding the good doctor are well-deserving of his respect, affections, and unsavoury appetites. Take a look at some of the key costume components worn by the leading ladies of Hannibal.
Sign up to be in the know