By Miranda McCabe on 22.03.2016  |  Auctions
Death Masks: The Chilling Makeup and Effects Pieces of Hannibal
Share

In a series as dedicated to its aesthetic as Hannibal, everything seen on screen must be in line with the general tone and look of the series, from the costumes, to props, and even the special effects. The Hannibal crew spent an enormous amount of time getting every detail right on the effects pieces seen throughout the show and we are so happy to be bringing their work to auction.

While many effects pieces for the series were created to be worn by actors, life-size pieces were often crucial in portraying the brutality of many crime scenes. This waterlogged corpse skin is one of several created for episode 201 “Kaiseki” for use when the FBI team investigates a group of corpses found in a river. The latex skin is attached to a spandex body suit and was padded during production to make sure it floated and resembled a real body. A detailed paint effect completes this piece skin. 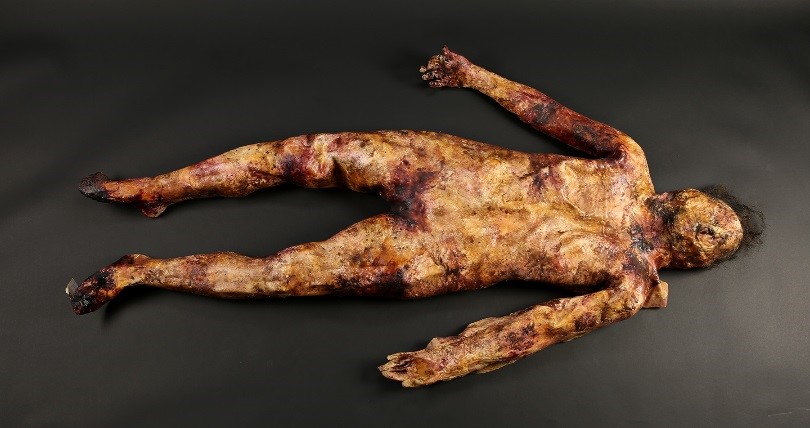 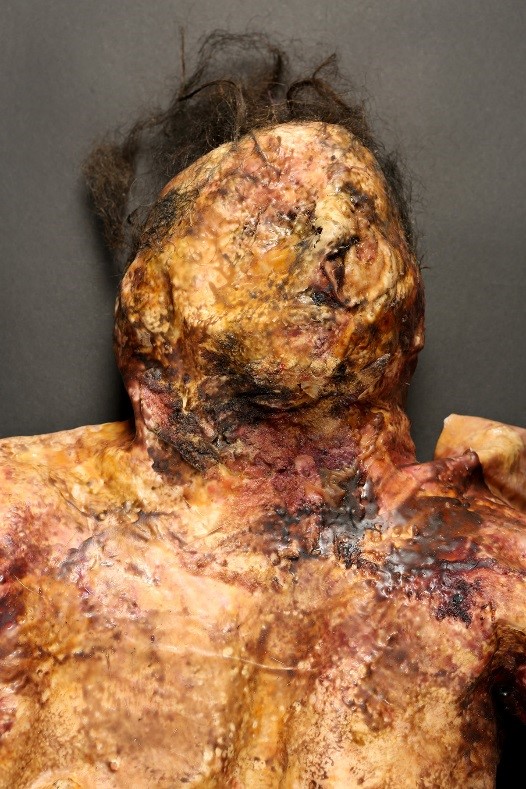 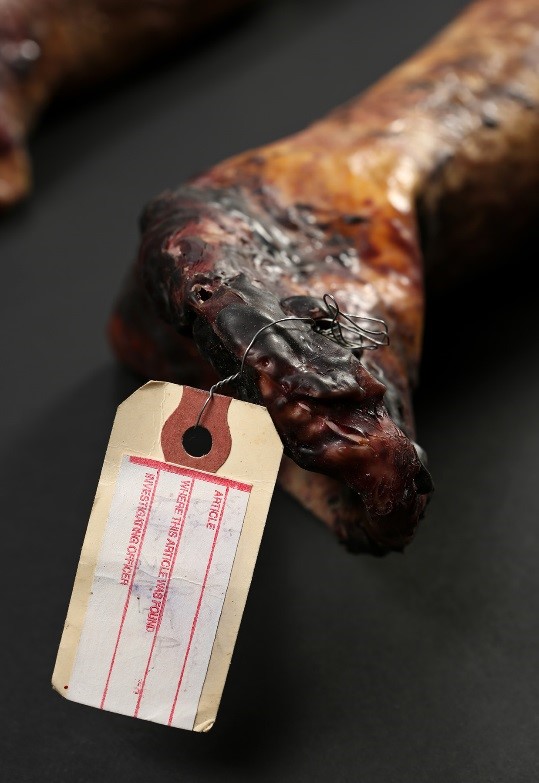 When Will Graham (Hugh Dancy) kills Randal Tier (Mark O’Brien) in self-defence, he takes a page out of Hannibal Lecter’s book and displays the corpse’s skin in the Natural History Museum strapped to a sabretooth tiger’s skeleton.  The lot includes silicone arm and leg skins as well as a silicone head around a resin skull. Also included with the lot is a resin sabretooth skull complete with its jaw. Acrylic eyes, punched hair, and a life like paint effect complete the lot. 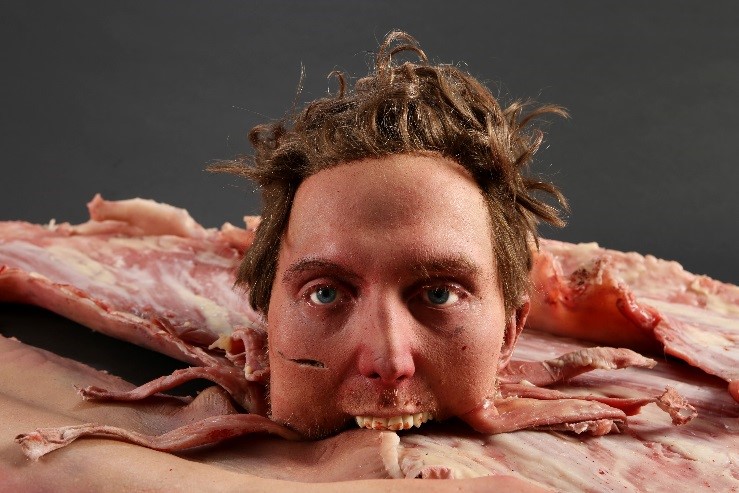 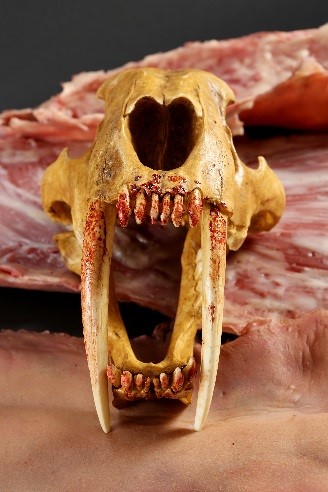 When Abel Gideon (Eddie Izzard) surgically removes several of Frederick Chilton’s (Raul Esparza) organs in episode 111 “Ko No Mono,” the Hannibal effects team was called on to create an empty body cavity to double for Esparza. This torso is made of polyfoam with a silicone skin on top. The large hole inside the stomach still shows staining from stage blood, implying this particular stomach was likely used during filming. 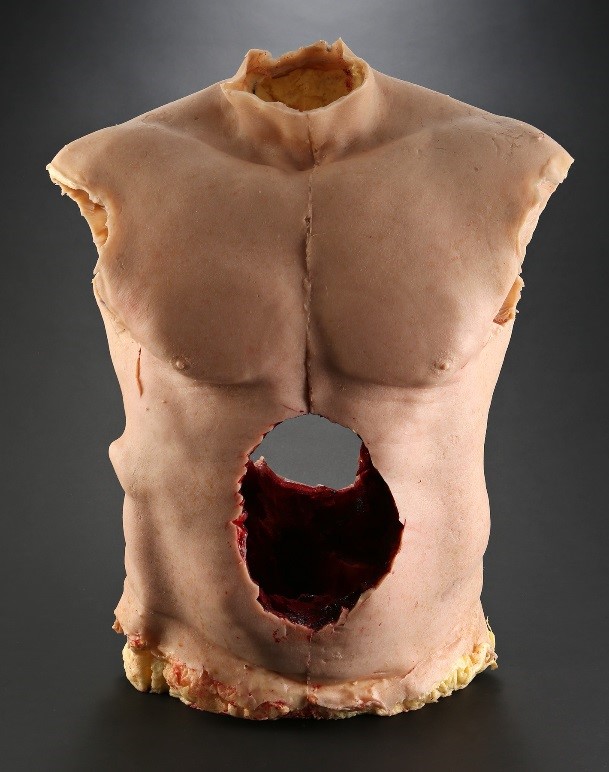 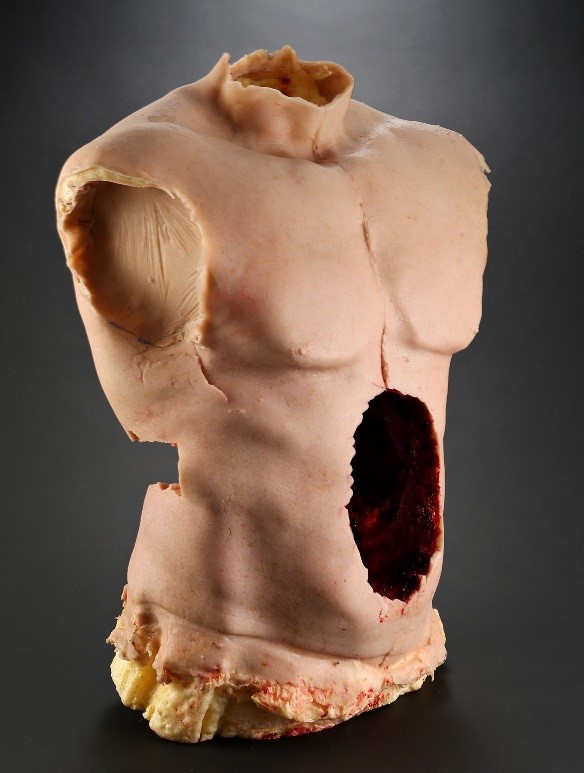 Though the craftsmanship in the Hannibal effects pieces is incredible, the tree-man tableau from episode 206 “Futamono” certainly takes the prize for most imposing creation in the auction. Standing over 8 feet tall, this lot is a full-sized tree with the body of Sheldon Isley intertwined with its body and branches. This piece was used in the FBI crime lab after examiners had removed it from the crime scene and trimmed several branches. The skin is made of flesh-toned silicone with various real and faux branches and vines intertwined throughout. The hollow chest holds a gruesome display of stage blood and faux flora. Mounted on a wooden base, the only thing this piece is missing is the proper room to display it in. 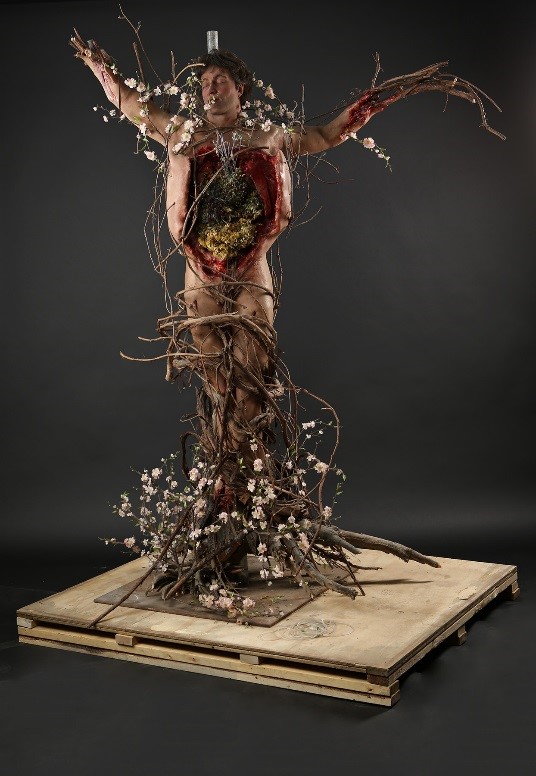 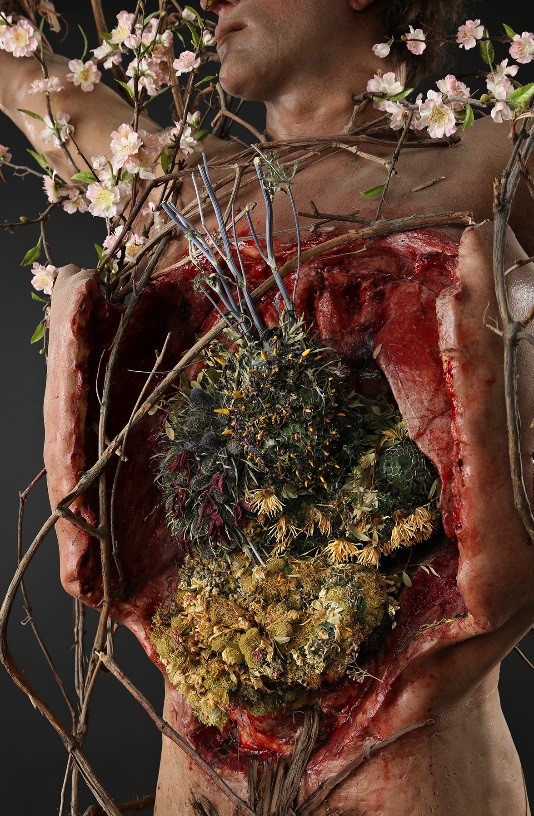 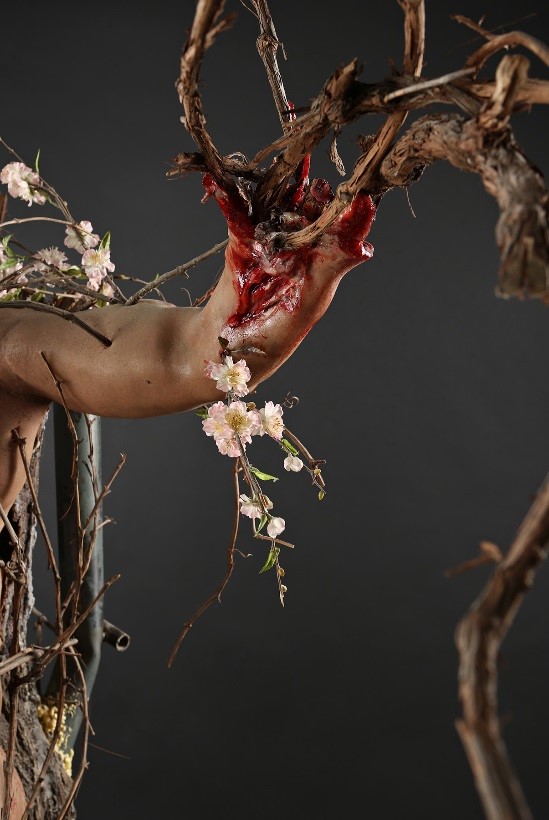 Bidding is now open in the Hannibal Auction, so be sure to check out our preview gallery and register for the auction. Also, check in next week for the final installment in our Hannibal blog coverage, detailing the wardrobe pieces.

Share
Related Articles
07.03.2016  |  Collections
The Propstore Collection Presents…An Original Victor Van Dort Stop Motion Puppet
Welcome to our continuing series of collections blogs as Propstore’s team digs into the archives and unearths some amazing items. We talk about the film it comes from and the prop or costume itself, giving you the facts, the figures and all the details on some fascinating piece of movie history. This time? One of […]
24.07.2020  |  Collections ,  Live Auction- Los Angeles 2020
NOSTROMO: A Legend Born, And Born Again l Entertainment Memorabilia Live Auction – Los Angeles 2020
The cover piece for our first ever Los Angeles-based Entertainment Memorabilia Live Auction is the 11-foot long filming miniature of the Nostromo from Ridley Scott’s horror classic, Alien. This artifact has been a part of Propstore’s company collection for over a decade, but wasn’t always in the camera-ready shape you see it in now. Read […]
16.03.2016  |  Auctions
The Art of the Kill: The Art Department’s Contributions to Hannibal
While Propstore regularly deals with breath-taking props and artwork created for the screen, the consistency of the work produced by the Hannibal art and prop department is among the very best work we have encountered. Take a look at some of the incredible contributions made to the show by the talented artists and craftsman behind […]
11.03.2016  |  Auctions
Killer Wardrobe: The Sophisticated Style of Hannibal Lecter
With over 1200 lots in our upcoming Hannibal: The Complete Series Auction, it is incredibly hard to narrow down the standout pieces. But even compared to the rest of the cast, the show’s title character shows an impeccable mastery of style in any situation.
Sign up to be in the know