Summer is shaping up to be an exciting one for Propstore customers!  We just completed our Outlander Charity Script auction and Marvel’s “The Defenders” auction… both bringing in great fan engagement and yielding strong hammer prices.  Also, we’re thrilled to have launched our first Entertainment Memorabilia Live Auction out of Los Angeles that will be taking place August 26th and 27th.  With that catalog now LIVE, there’s no better time to check it out! 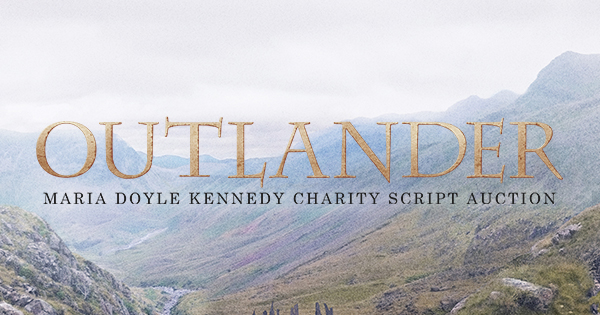 Our latest Outlander Autographed Script Charity Auction was not only the strongest Outlander sale to date, but broke a Propstore record for script sales, with our top lot selling for an astounding £24,500 (including Buyer’s Premium)! We’re thrilled to see the interest in this series remaining strong among fans, especially when it raises money for a good cause. Many thanks to Maria Doyle Kennedy and the entire cast of Outlander for their time and commitment.

Fandom knows no bounds amongst the Propstore staff. This philosophy resonates throughout the company, including with Propstore LA COO Brandon Alinger. 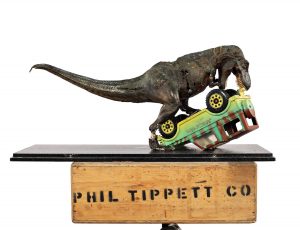 Share
Related Articles
18.06.2019  |  Auctions ,  Marvel
BLIND JUSTICE – The History of Marvel’s Daredevil
As props and costumes from Marvel’s Daredevil are being offered to fans in Propstore’s upcoming Marvel Television Live Auction, we examine the origins of the gritty, groundbreaking Super Hero.
20.08.2020  |  Auctions ,  Live Auction- Los Angeles 2020
GOING EXTINCT: The Effects of Jurassic Park l Entertainment Memorabilia Live Auction – Los Angeles 2020
When Phil Tippett first saw the computer-animated T-rex stomping towards him in an Amblin screening room in 1991, he knew he was finished. Conjured on the sly by the team at ILM in their San Rafael facility, the fearsome creature moved with a lifelike smoothness that Tippett could only dream of achieving using the stop-motion […]
30.06.2020  |  Uncategorized
There’s No Better Time To Collect
We would like to thank everyone who has taken part in our auctions and sales these past several months. In these changing times, we continue to see strong sales across the board and are so grateful to the collectors who return to Propstore again and again for film treasures. We are glad to be able […]
29.04.2020  |  Uncategorized
Wes Anderson’s Top 5 Films
In our latest blog series, we’re taking a look at our chosen top 5 films of some our favourite Directors in the business.
Sign up to be in the know