While most productions call for a specialty prop or two, few projects demand an arsenal of unique and intricate designs seen in the Legendary and Netflix Original film, Spectral. To meet the script’s demands, the world-famous Weta Workshop, under the leadership of senior concept designer Christian Pearce, was tapped to design all the unique cameras, guns, and goggles from the ground up. Take a look now at some of the key pieces created for the film. 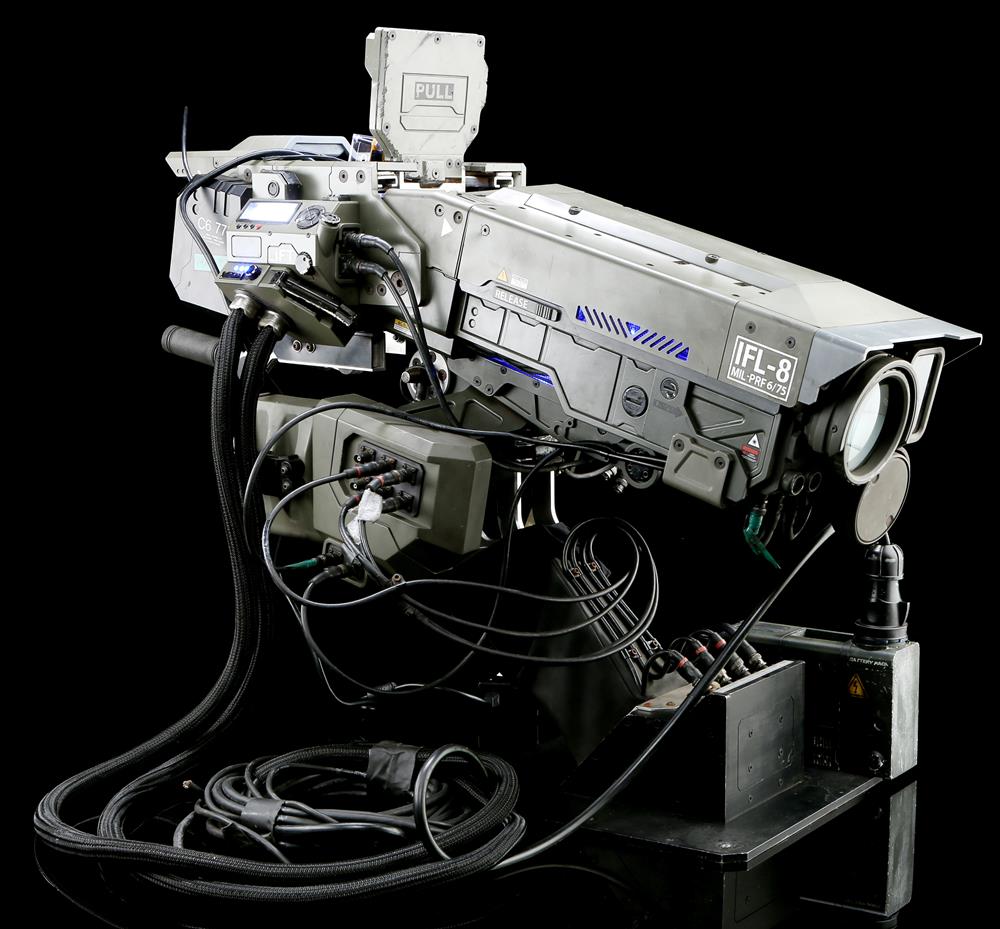 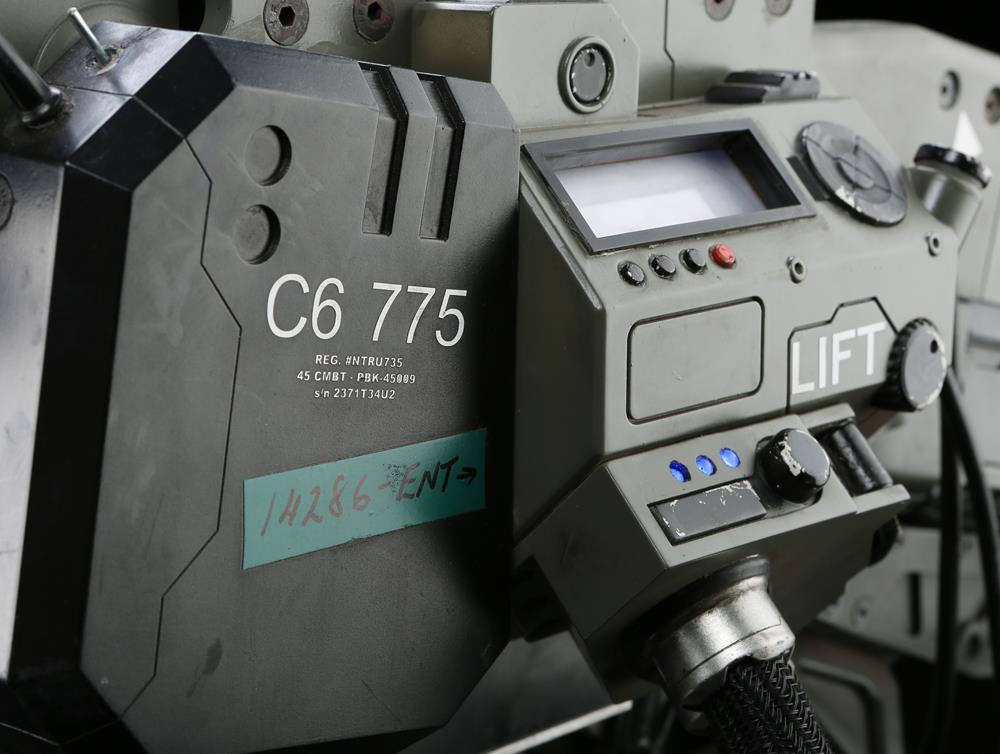 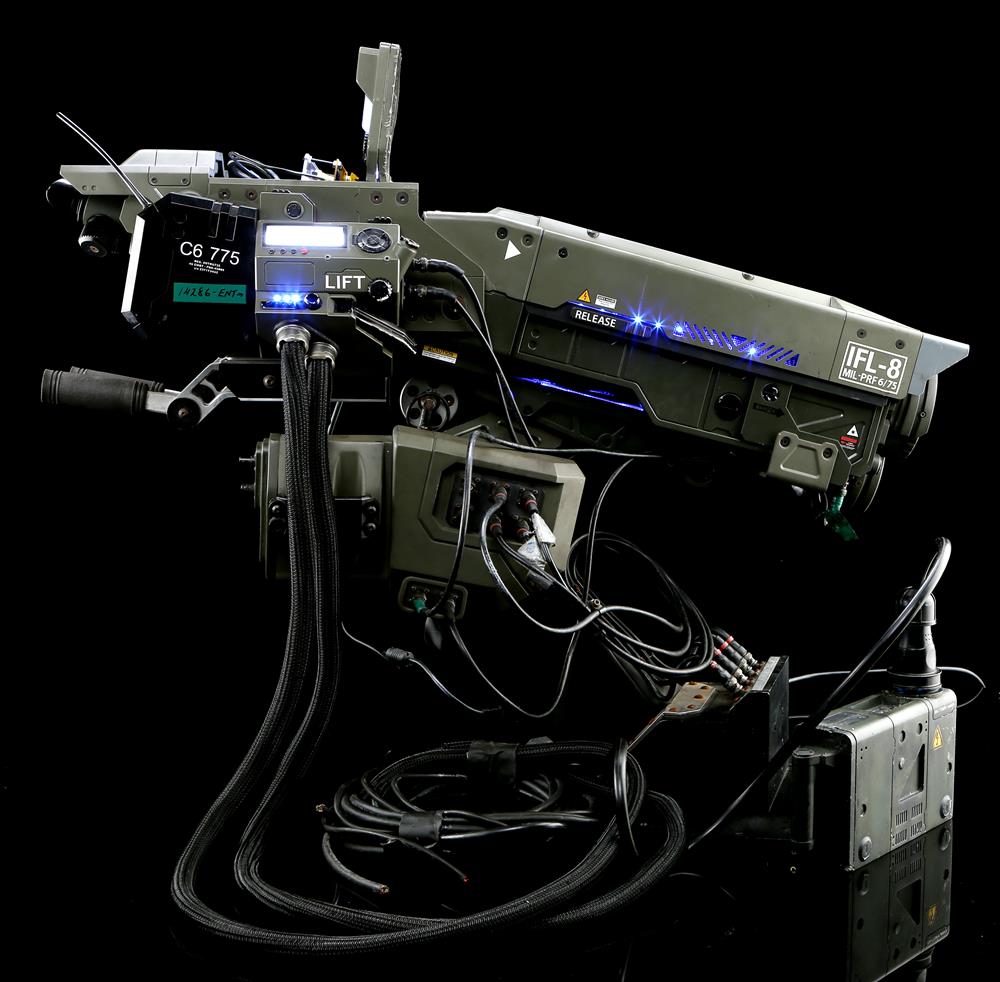 One of the film’s key props is the hyperspectral camera used by Clyne to get a definitive view of the aberrations the Delta team was up against. Carefully designed by Christian Pearce, great pains were taken to ensure that, whether in its original form or reassembled to function as a searchlight, the Hyperspectral Cameras would “…look like military tech, but not like a gun – more like a cutting-edge prototype of experimental hardware,” according to Pearce. 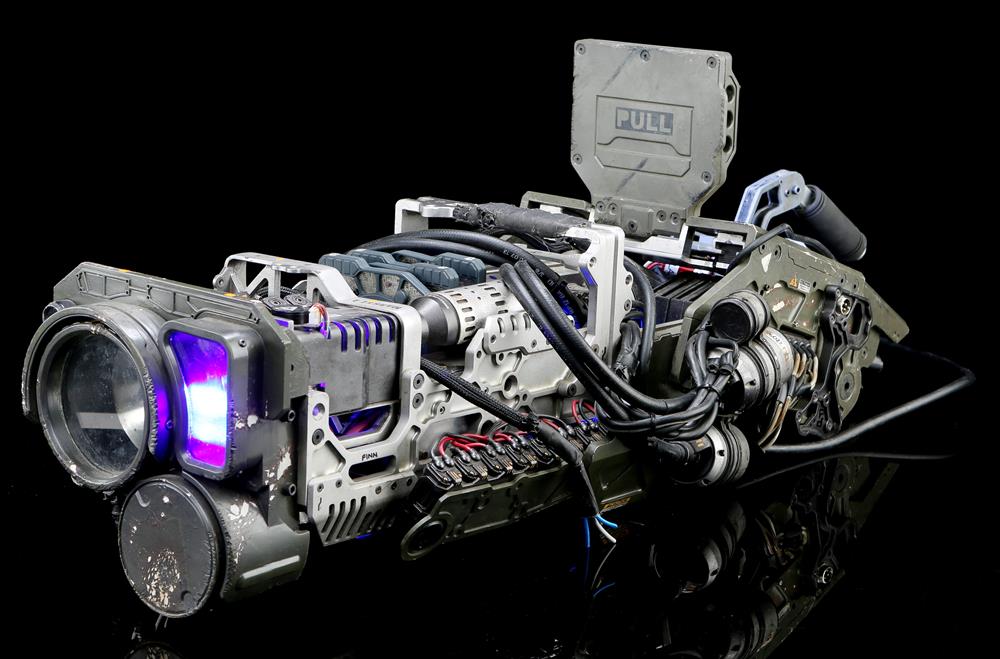 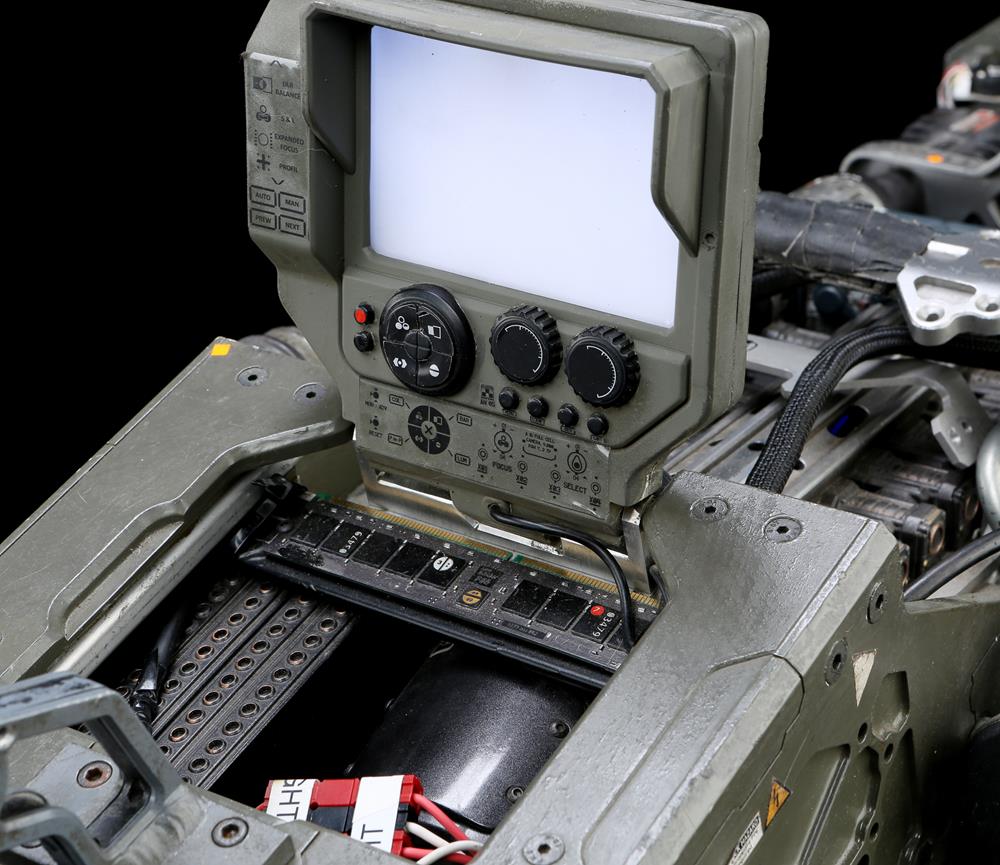 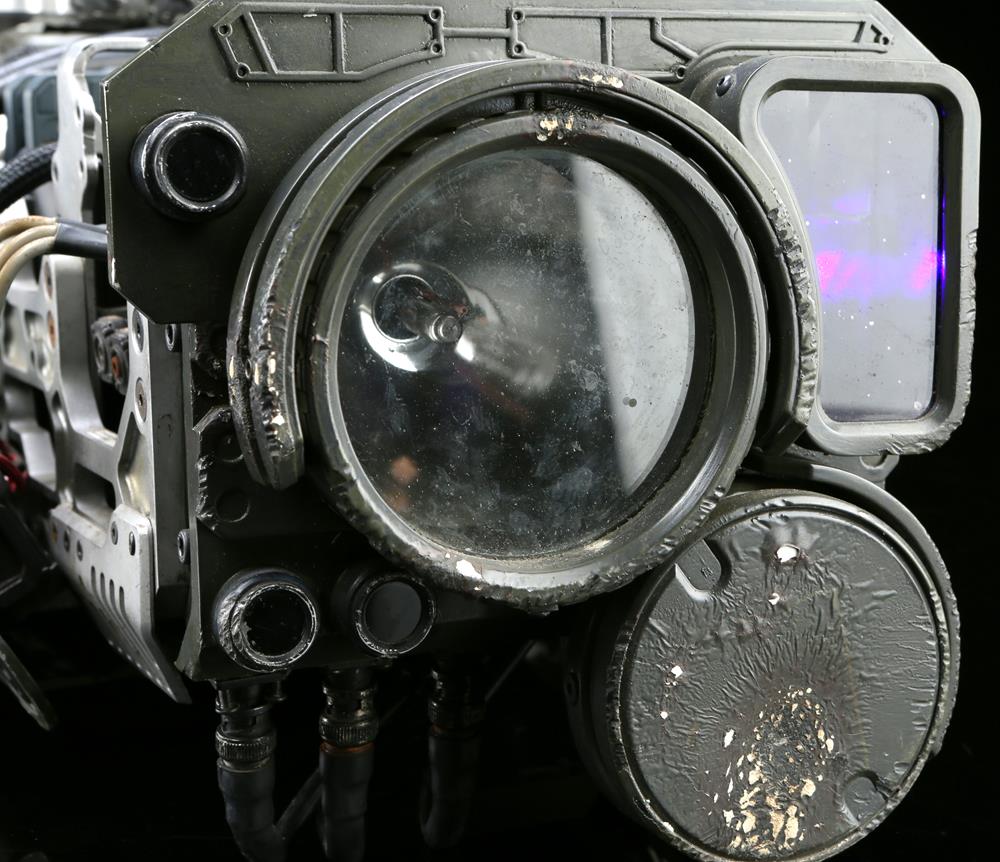 Though this lot features the “hacked-together” version of the original camera, the hyperspectral lantern was the first version of the prop designed for the film. When asked about the searchlight’s design, Christian Pearce discussed the importance of accuracy and detail: “To have to pull this FLIR camera apart and then start looking at how every element works in, and even how it’s held together, right down to the types of screws and mounting points… It needed to be totally convincing from the outside.” The “hacked-together” aesthetic of this piece would carry over to various props that needed to look improvised. 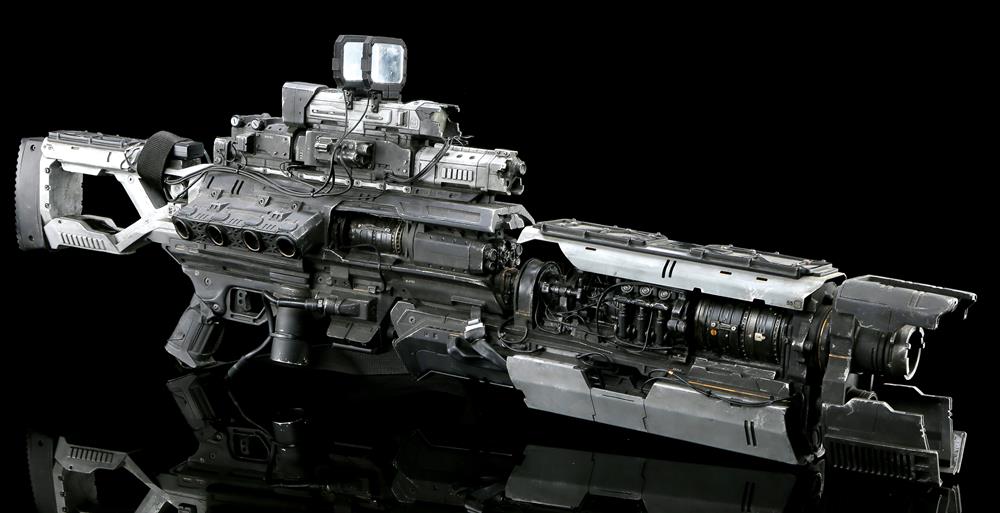 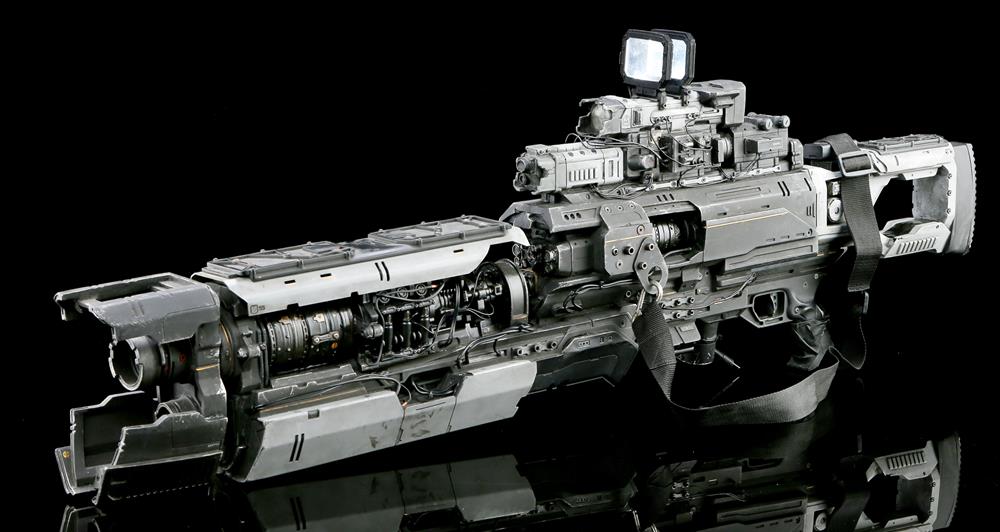 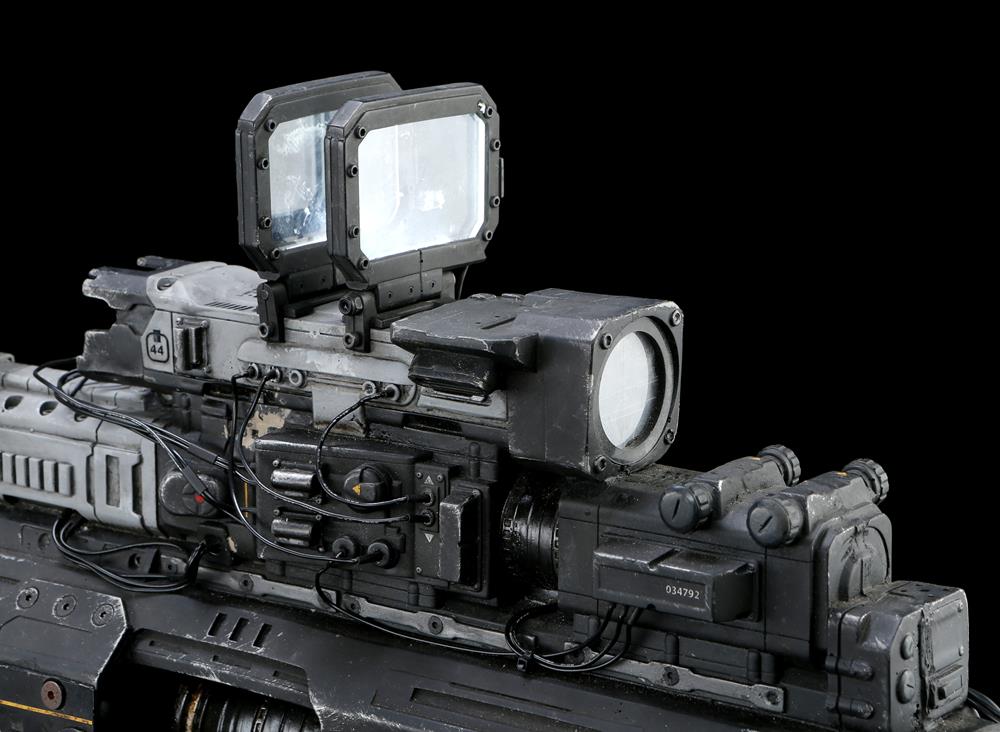 Other key weapons created by Weta were the plasma rifles used by the Delta team throughout the film. A standard and long barrel version of the rifle was designed for the film and fabricated with a functional element in the light-up screens. Careful consideration was paid by the Weta team to making sure the weapons were as detailed and practical as possible. “The decision around materiality – how we could get the look, how we could get all the detail captured in there but still keep them light enough so they weren’t fatiguing the actors on set – was a big consideration too. They also function a bit, which is pretty cool,” said Weta Workshop Supervisor, Rob Gillies. 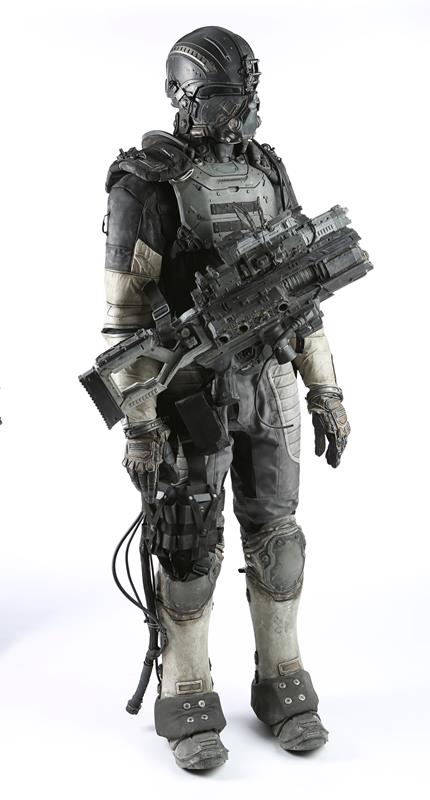 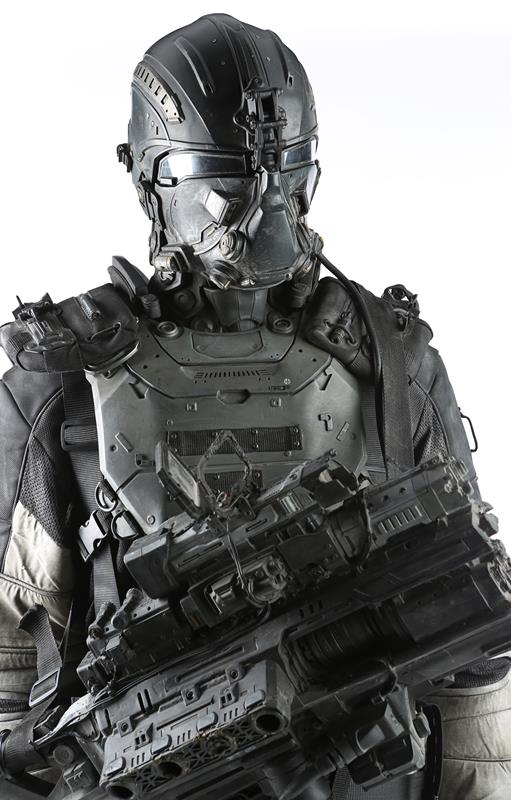 In addition to the prop weapons created for the film, the Delta team was also outfitted with custom DARPA armor costumes for their final assault on the hyperspectral anomalies. One of the biggest considerations when designing these uniforms were the face plates and helmet pieces that would completely cover the actor’s face. To accommodate the design but still keep the costumes functional, soft, neoprene masks were created with a digitally printed surface for use as stunt versions. The helmets in this auction are the hard resin versions.

These lots and many more will be open for bidding in Prop Store’s Spectral Auction starting July 24th, with lots closing August 4th. Thank you for joining us for our Spectral Auction blog coverage and be sure to check out our other articles in this auction series!

The quotes in the article were sourced from the Weta Workshop Website.