Batman is one of the most enduring and successful movie franchises, and has a devoted fan base.  In the forthcoming Prop Store Live Auction on 27th September 2016 we will be offering memorabilia to tempt fans and connoisseurs of virtually every Batman movie of recent times, from director Tim Burton’s classic Batman Returns in 1992 (which has now, amazingly, reached its 25th anniversary) through to Christopher Nolan’s three visionary takes on the story (Batman Begins in 2005, The Dark Knight in 2008, and The Dark Knight Rises in 2012).  So whether you are a fan of Christian Bale’s brooding contemporary Batman, or you like Michael Keaton’s old-school take on the iconic role, we are delighted to share with you, in the following pages, some of the most amazing Batman movie treasures which could be yours on 27th September… 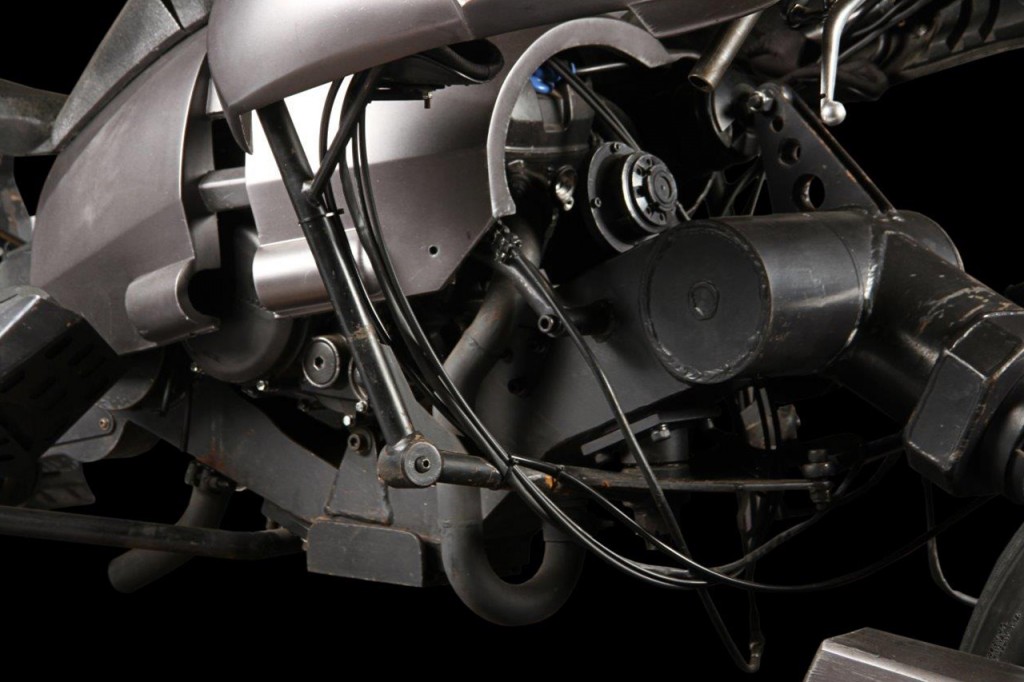 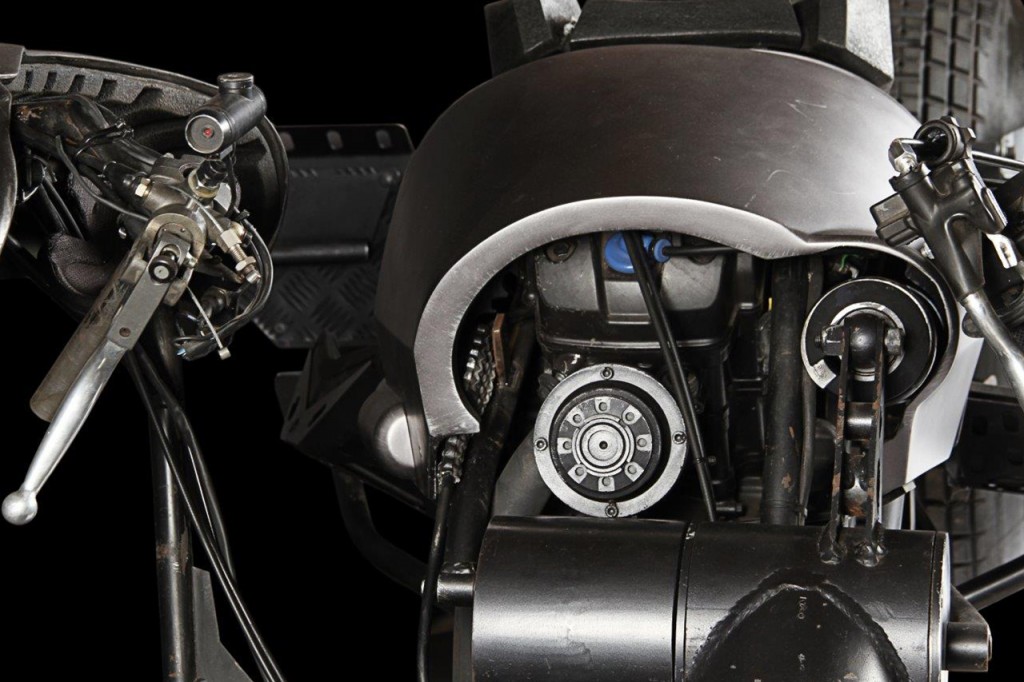 This rare and exciting item is an original Hero Batpod vehicle used by Christian Bale in both The Dark Knight and The Dark Knight Rises.  The Batpod’s incredible design made an unforgettable impact on screen, whether that was battling Heath Ledger’s Joker in or Tom Hardy’s Bane.  This once-in-a-lifetime film prop will undoubtedly make an amazing addition to any collection.

This Batsuit is from Christian Bale’s first outing as Batman in Batman Begins, and was designed by Academy-Award winner Lindy Hemming. It comprises the full costume – trademark cowl, figure-hugging body armour, flowing cape, gloves and boots. This Batsuit design was later refined in The Dark Knight and is presented on a ready for display mannequin. 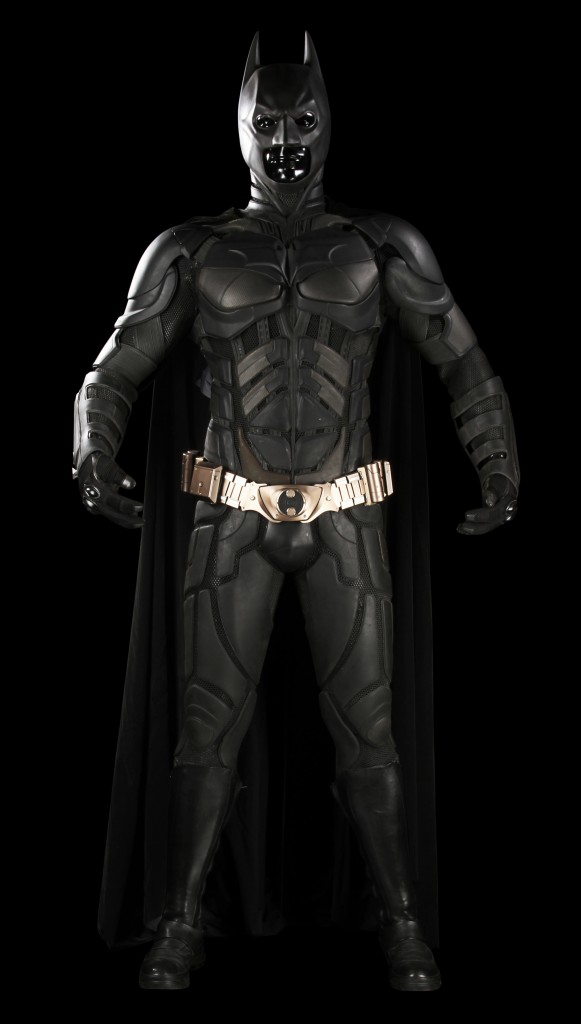 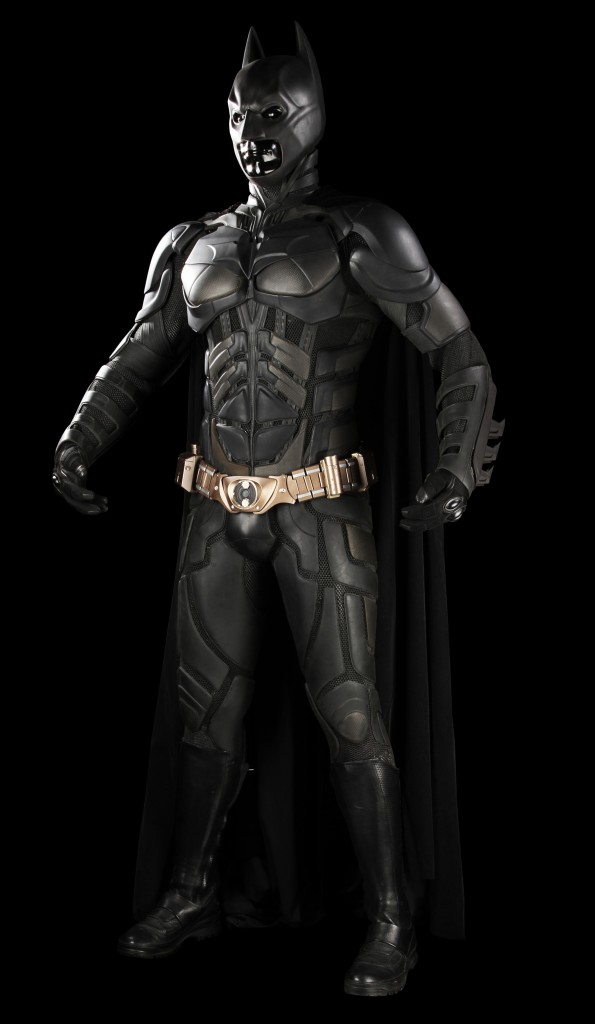 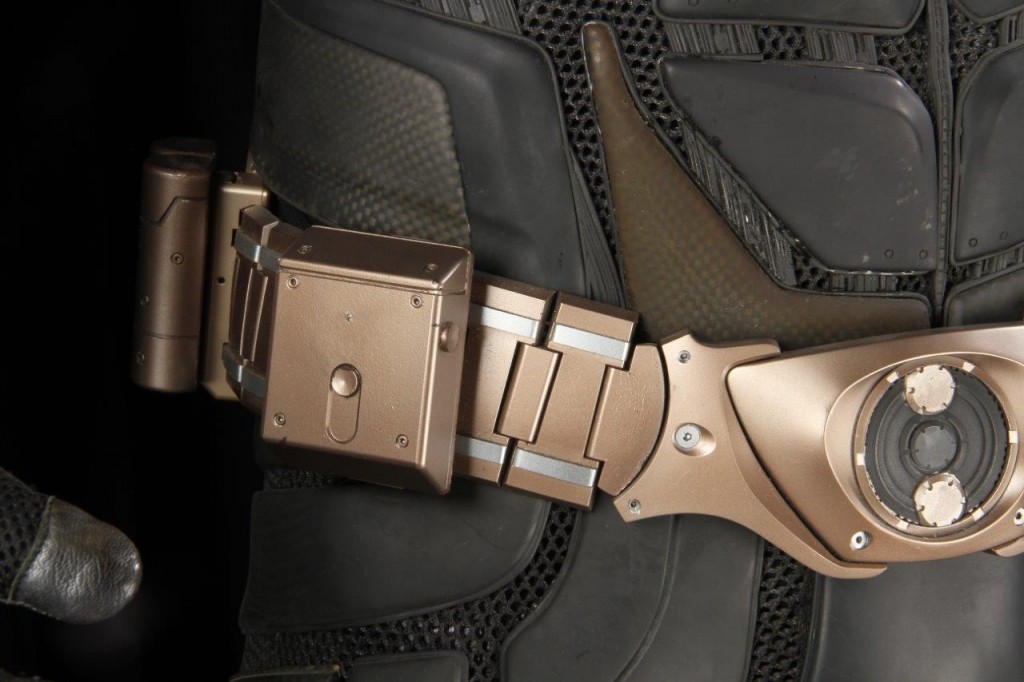 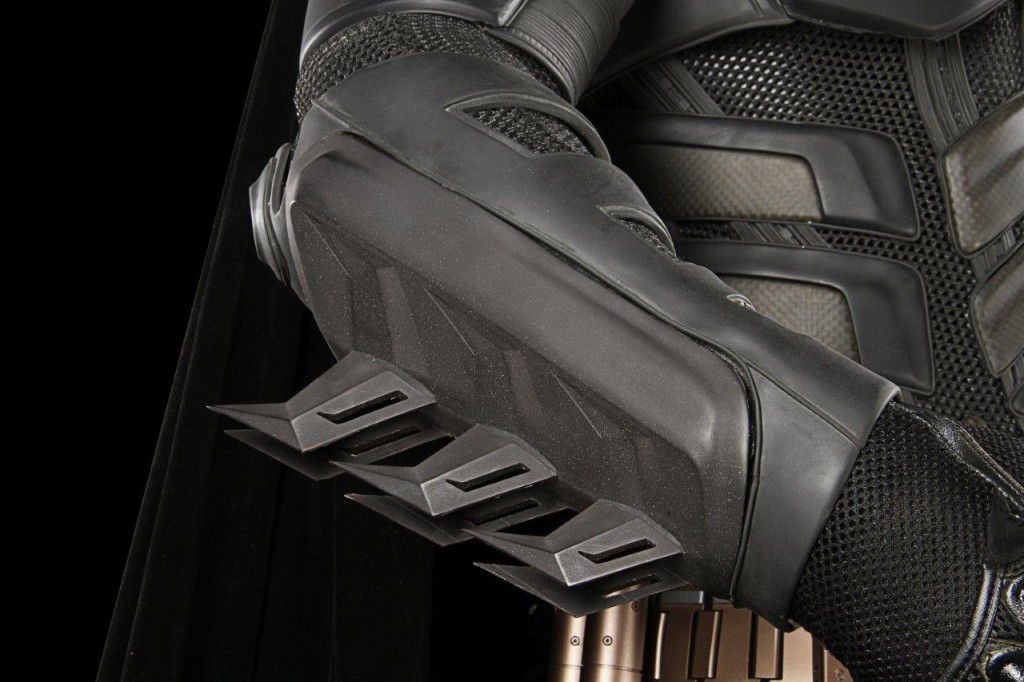 Is there anything more iconic or instantly recognisable than The Dark Knight Batsuit? The Batsuit was worn extensively by Bruce Wayne’s (Christian Bale) alter ego Batman in both The Dark Knight and The Dark Knight Rises, and is a redesign and update of the costume originally designed by Academy Award®-winner Lindy Hemming for Batman Begins.  It comprises the full costume – an undersuit, full body armour, the bat belt, a flowing black cape and even the motorcycle boots. The Batsuit is presented, ready for display, on a custom-made mannequin. 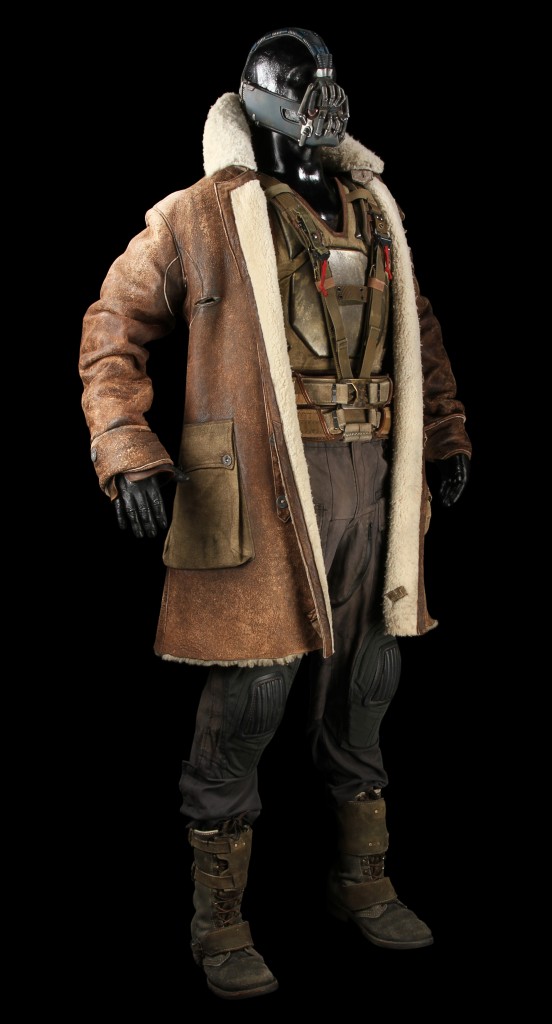 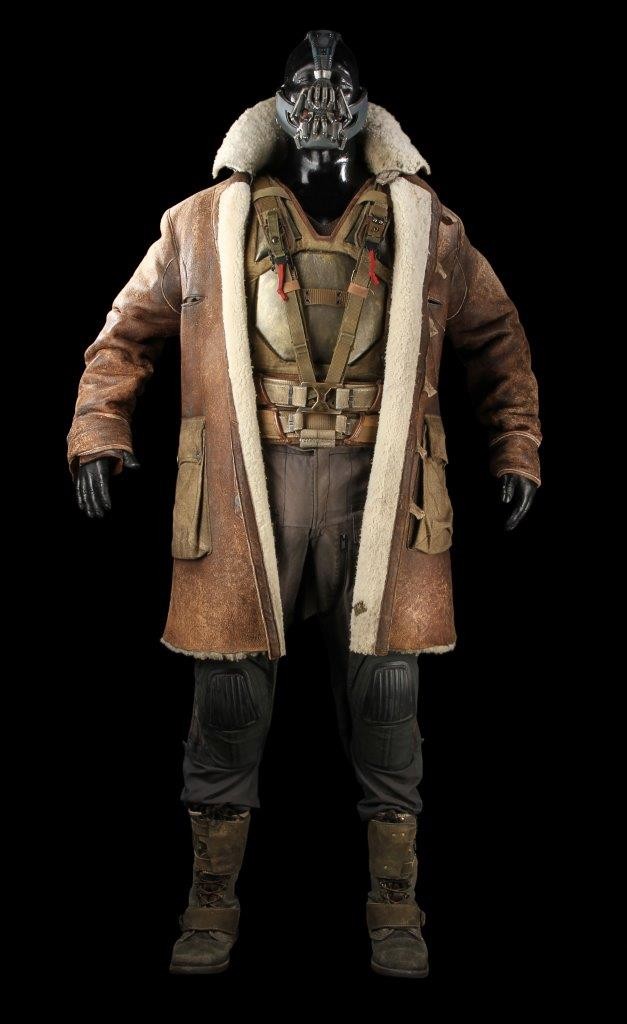 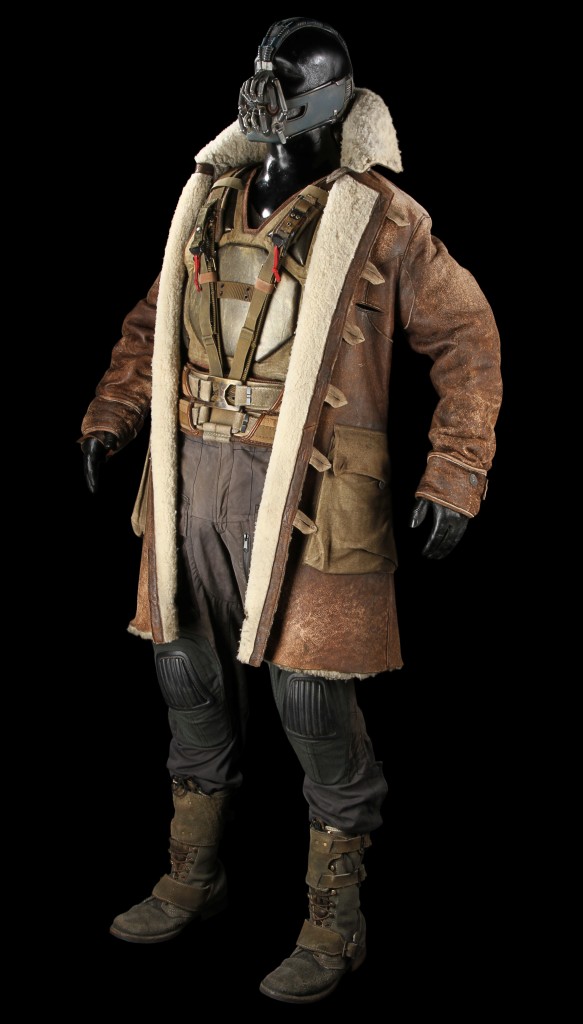 Bane, played by Tom Hardy, was a memorable villain and a worthy adversary of Batman in The Dark Knight Rises. His distinctive look was designed by Academy Award-winning costume designer Lindy Hemming. Bane’s full menacing costume is offered for sale, including body armour vest (as screen matched in the battle with Batman in the sewers), shirt, trousers, boots and bracer, and finished off with the trademark brown leather jacket and his mask with clamshell respirator. The costume is presented on the original custom mannequin display that it was mounted on for use in promotional tours after filming. 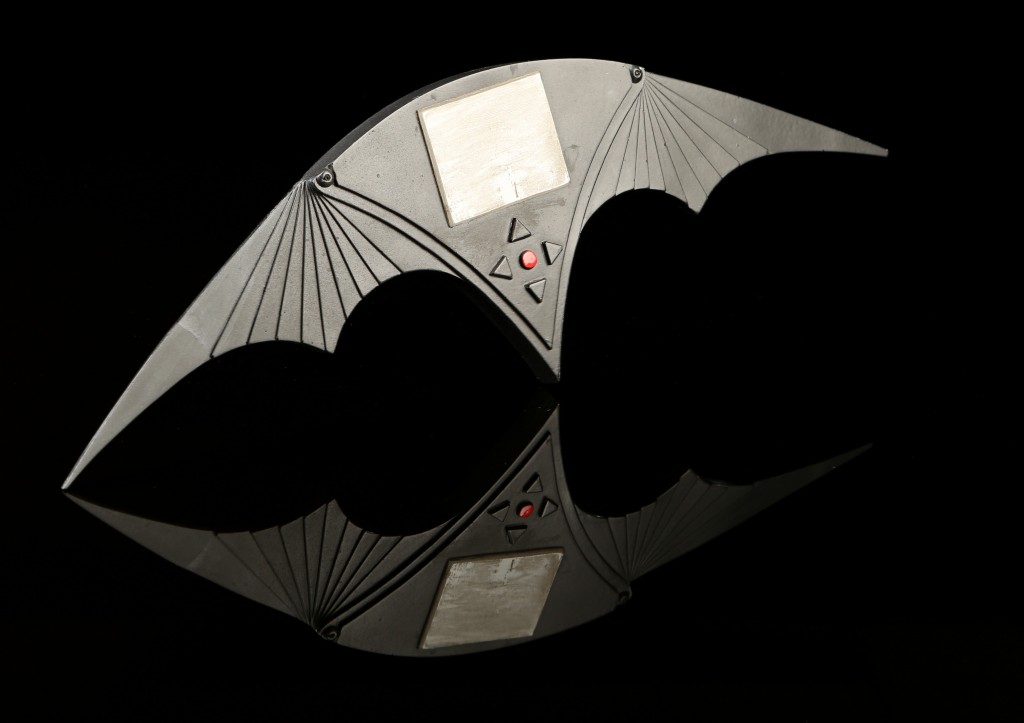 This particular Batarang’s distinctive weapon design was used by Michael Keaton in the 1992 Batman Returns. It is a static remote-controlled device which Batman used to dispose of several villains before it was memorably, and rather unfortunately, stolen by a dog and subsequently used by Danny de Vito’s Penguin to frame Batman. 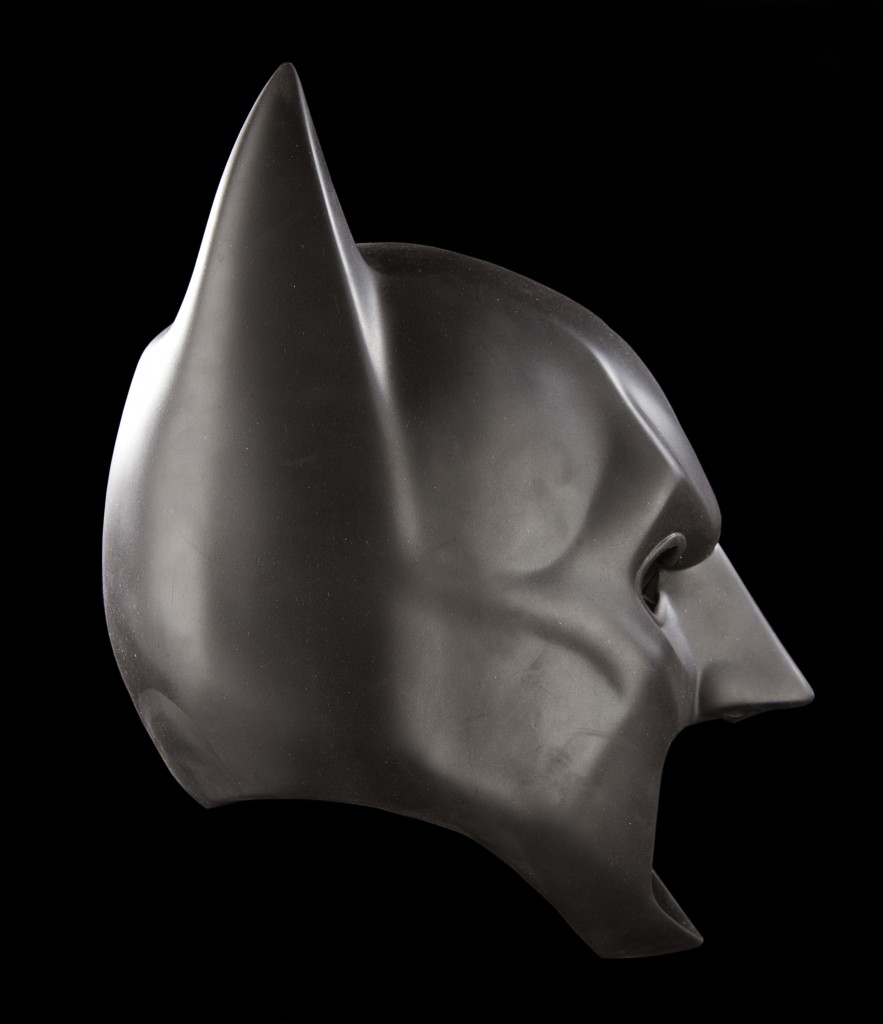 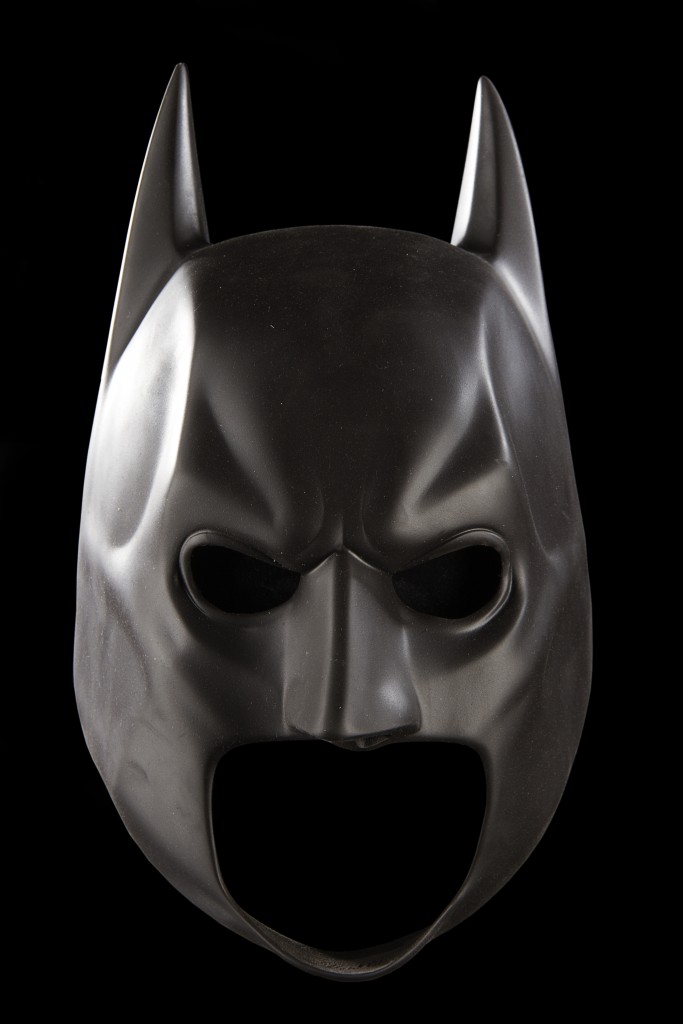 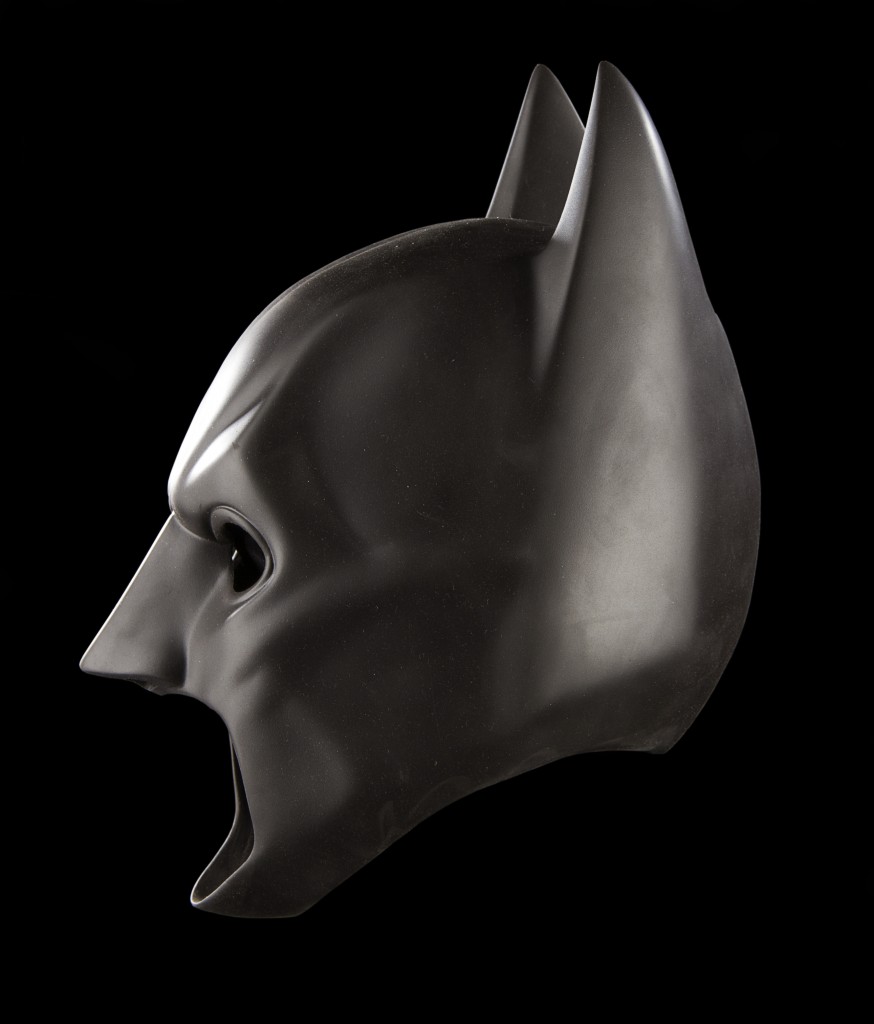 Batman’s Batsuit Cowl was specifically designed for use with the Batman costume used in The Dark Knight and The Dark Knight Rises.  Separating the headpiece from the neck of the costume gave the actor increased movement and flexibility.  The Cowl, with its hooded profile, sculpted lines and menacing scowl, is key to Batman’s signature menacing look. The Cowl will be supplied with its original wooden production stand and protective case, and would make a very distinctive and dramatic display for any fan of Batman. 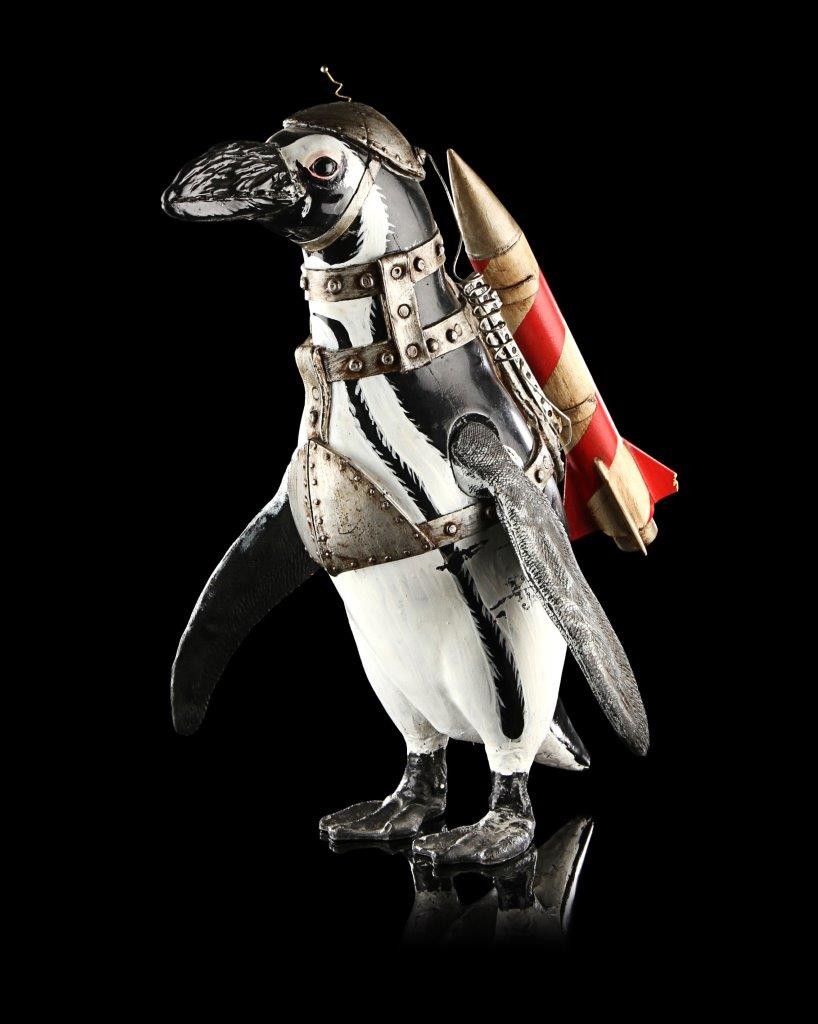 This ‘mind controlled’ Rocket Penguin used in Tim Burton’s highly stylised Batman Returns. The Rocket Penguin is crafted from rubber and foam, and includes a helmet, a metal antennae and a rocket harnessed to its back. It appeared in the memorable scene where Danny De Vito (The Penguin) delivered his inspirational speech to a group of penguins, which comprised (in the days before CGI) a mix of live animals and models, such as the Rocket Penguin offered here!

All of these fabulous original Batman props and costumes will be available in the upcoming Prop Store Entertainment Memorabilia Live Auction, so Register Now to make sure you are kept up to date will all the latest auction information and more! And don’t forget to check back at the Prop Store Blog every Monday and Friday leading up to the Live Auction to get more exclusive sneak peeks of what’s to come in one of Europe’s largest and most exciting film and TV memorabilia auctions.