While much of Terminator Genisys takes place before the rise of Skynet, early sequences of the future war keep the looming threat of Judgement Day alive throughout the film. With heavy fire power on both sides of the fight, the war wages on between man and metal… 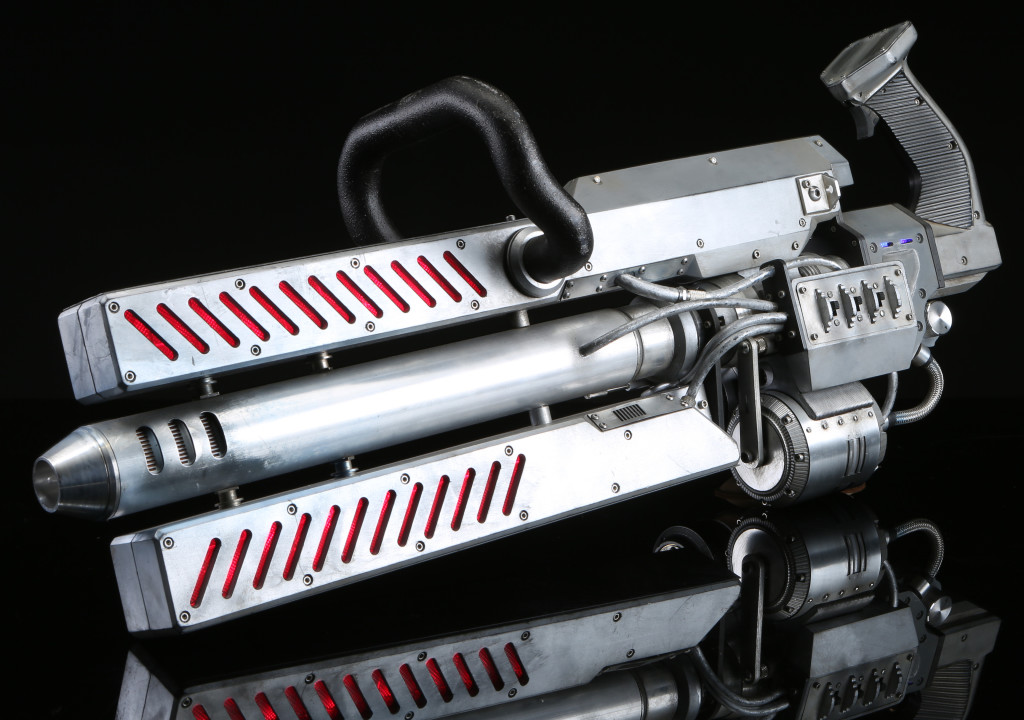 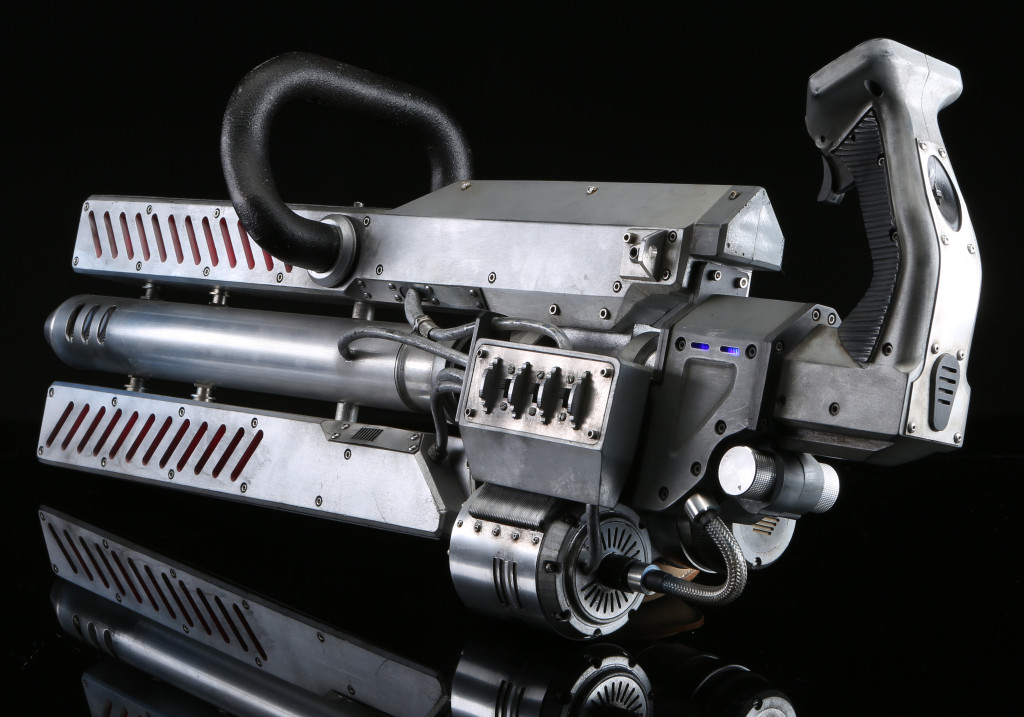 Eliminating all of mankind is a nonstop job for the Terminator army, so weapons like this come in handy. Plasma miniguns are used by the Terminator forces to attack the human resistance and protect their Skynet weapons facilities. An intricately constructed piece, this custom made minigun is made from a combination of metal and resin parts and lights up when turned on. Pulling the trigger when the lights are on also activates a flashing effect to simulate plasma bolts firing. 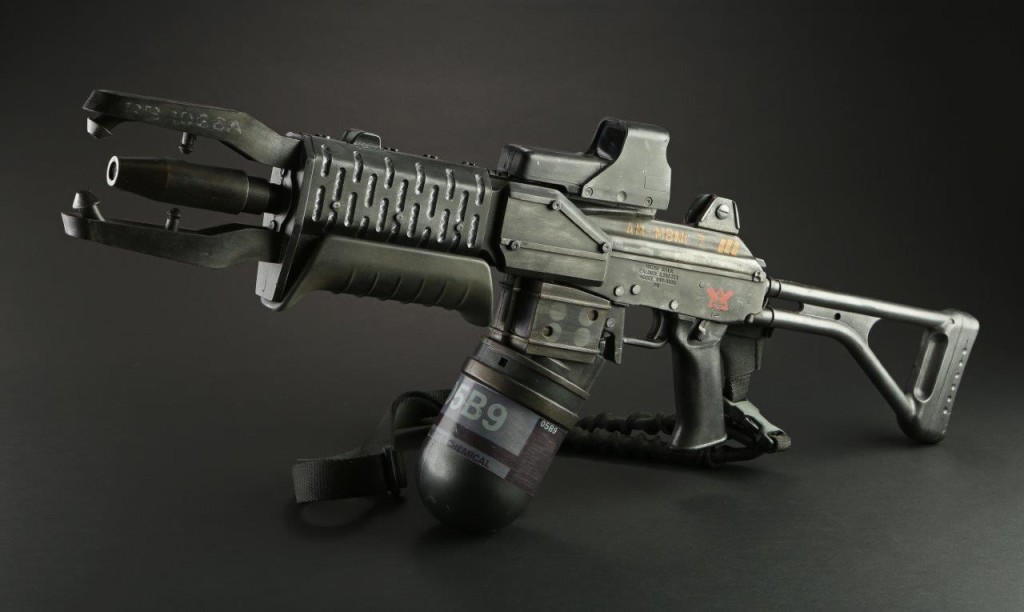 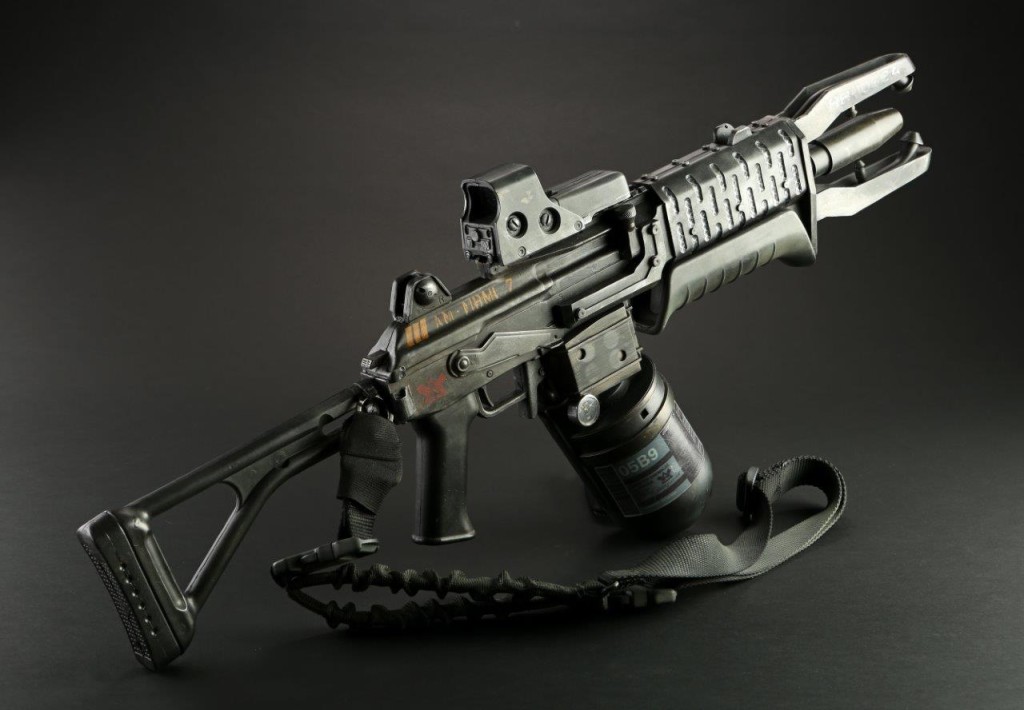 While the human resistance has fought off the Terminators for many movies before, they get a helpful upgrade in Terminator Genisys thanks to their stock of plasma guns. The stunt plasma guns in the auction have been modified by production to look like improvised plasma guns, complete with gas canister and scifi muzzle attachment. The guns are made entirely of resin and are finished by production to appear battle-tested. 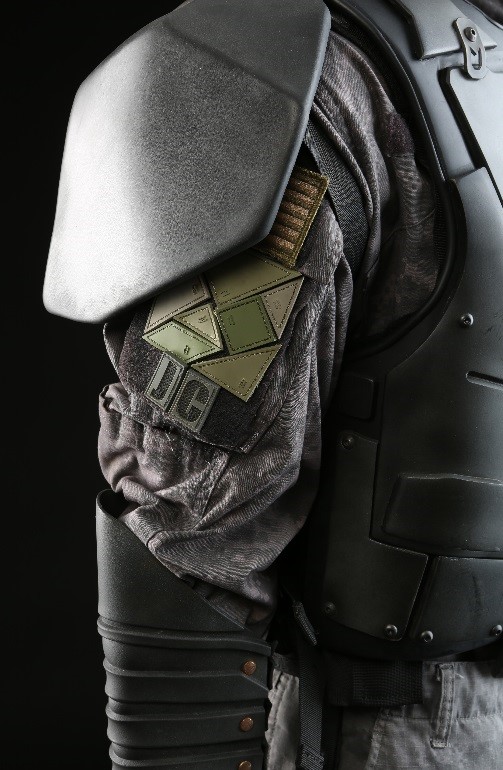 A single soldier is no match for a Terminator, but at least this future guerilla armor can give John Connor a fighting chance. The fatigues used by the human resistance borrow greatly from real-world examples, with the addition of the futuristic armor. Made from rubber and resin, John’s armor was designed to look as though it could protect against at least one or two plasma blasts. 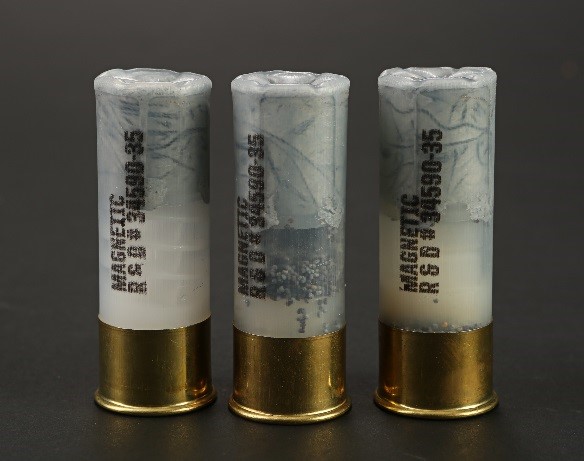 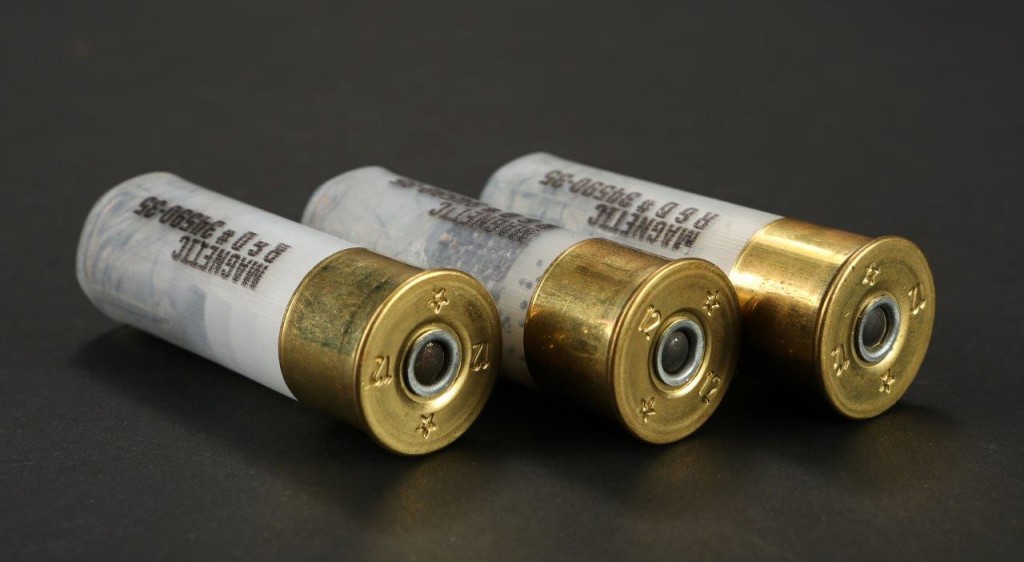 Of course, not all the fighting in the Terminator Genisys takes place in the future. When Sarah and Kyle are attacked at the police station, liquid magnet shotgun rounds come in handy when fighting off the deadly T-3000. The three rounds in this lot are made of plastic tubing with a metal bases. They are filled with metallic particulate and are marked on the side as “magnetic.”

These lots and many more are currently open for bidding in Propstore’s Terminator Genisys Auction, which ends on Friday, May 12th. Thank you for joining us for our Terminator Genisys blog coverage and be sure to check out our other articles in this auction series soon!

Share
Related Articles
30.08.2016  |  Auctions
Propstore Live Auction 2016 Presents… Terminator
Welcome to this week’s preview to our Propstore Live Auction on 27th September 2016 will be focusing on one of the most iconic sci-fi series to ever grace modern cinema screens – Terminator…
24.07.2017  |  Auctions ,  Uncategorized
Spectral Auction : The Weta Way
While most productions call for a specialty prop or two, few projects demand an arsenal of unique and intricate designs seen in the Legendary and Netflix Original film, Spectral. To meet the script’s demands, the world-famous Weta Workshop, under the leadership of senior concept designer Christian Pearce, was tapped to design all the unique cameras, […]
05.05.2017  |  Auctions
Propstore’s presents… The Terminator Legacy
As the fifth film in the franchise, Terminator Genisys integrates characters, plot elements, and, most importantly, props from the past to tell a new version of the ever-changing Terminator timeline. Take a look now at some of the items in our Terminator Genisys Auction that relate back to the series’ beginnings…
24.07.2017  |  Uncategorized
Spectral Auction: Improvised Warfare
The members of the Delta team are highly trained for the very worst warfare imaginable, but even they don’t stand a chance against an enemy that can’t be killed. To fight the dangerous hyperspectral condensates they encounter, the Delta team improvises some unique weapons before battle. Check out some of these highlight weapon lots that […]
Sign up to be in the know