HER NAME IS RITA: Highlights from the Power Rangers Auction

Rita Repulsa: the only name that can make even a Power Ranger tremble. A former Ranger herself, Rita worked closely with Zordon and their teammates to protect life in the universe. But Rita strayed from that path, choosing instead to betray Zordon and the other Rangers in her attempt to control life in the universe. Thwarted by Zordon’s final heroic act, Rita’s lifeless body was sent to the bottom of the ocean, where she stayed in slumber for millions of years, until now. 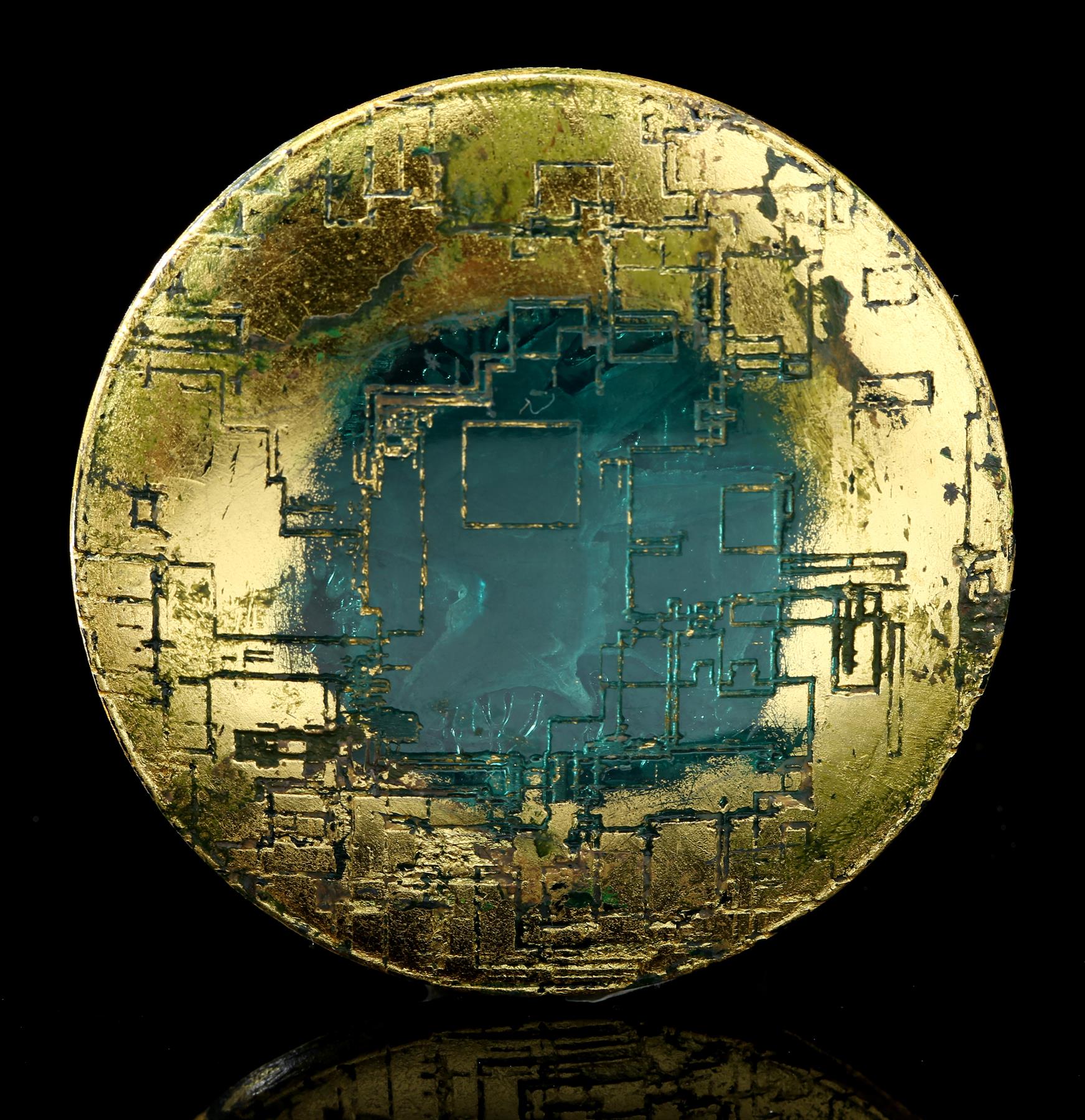 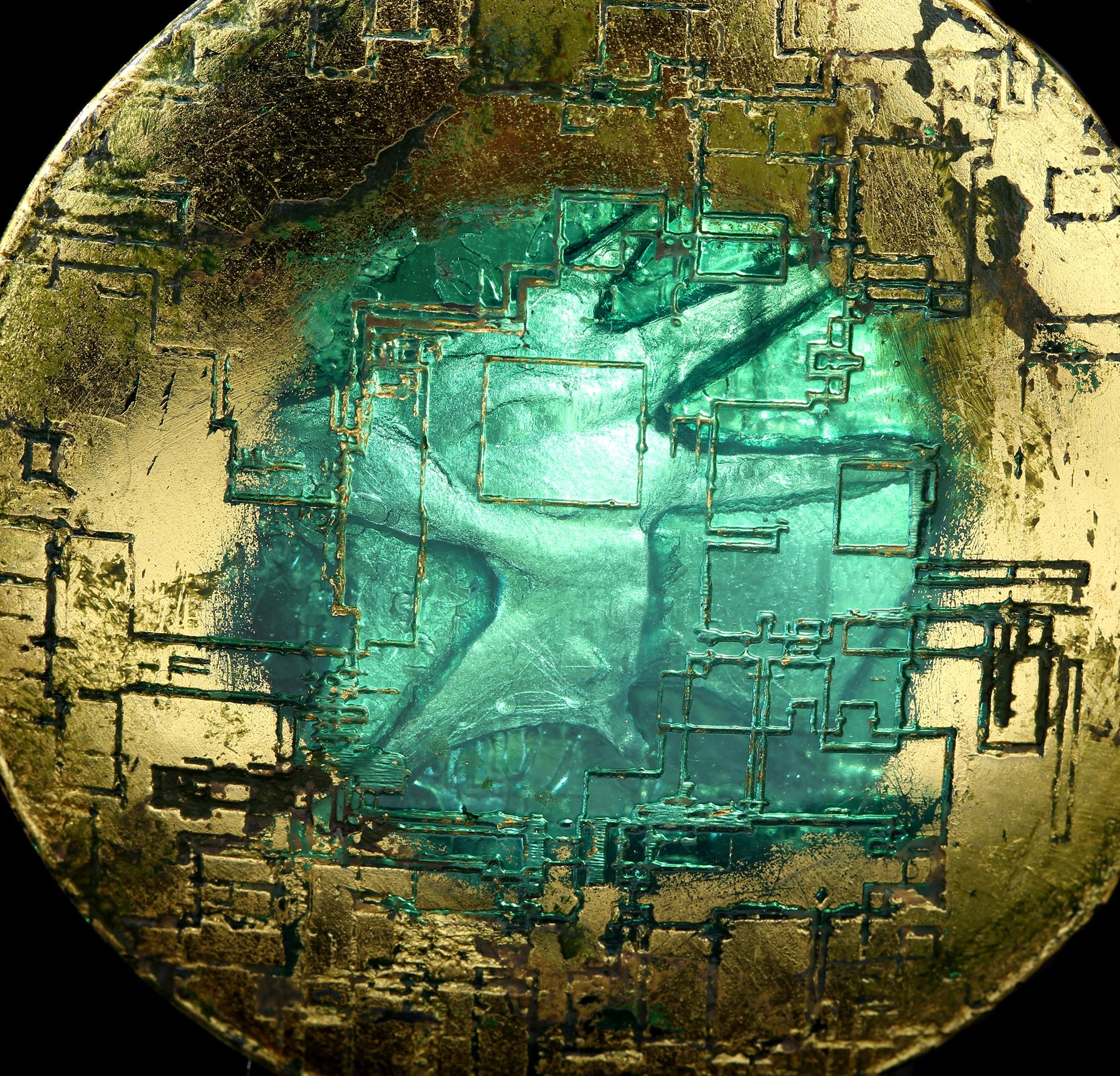 The source of any Ranger’s power comes from his or her coin, and Rita’s is as powerful and corrupt as the woman, herself. Forged from the Morphing Grid like the other coins, Rita’s green power coin features a gold border, with delicate line patterns reminiscent of the morphing grid. Much like the dinosaur symbols hidden inside each Ranger’s coin, Rita’s features a spike-headed dragon, a reference to the Green Ranger of the original series and the infamous Dragonzord. 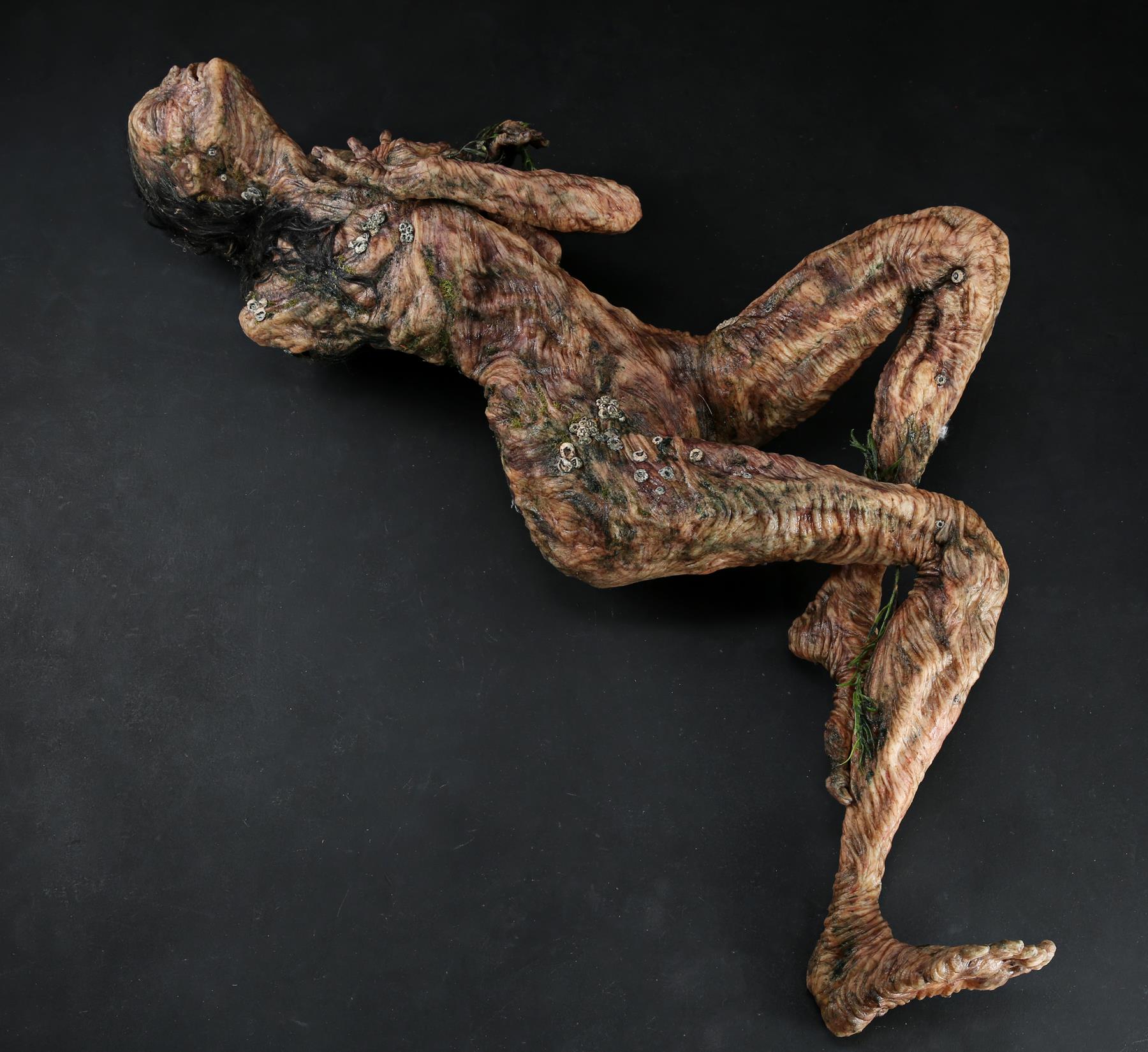 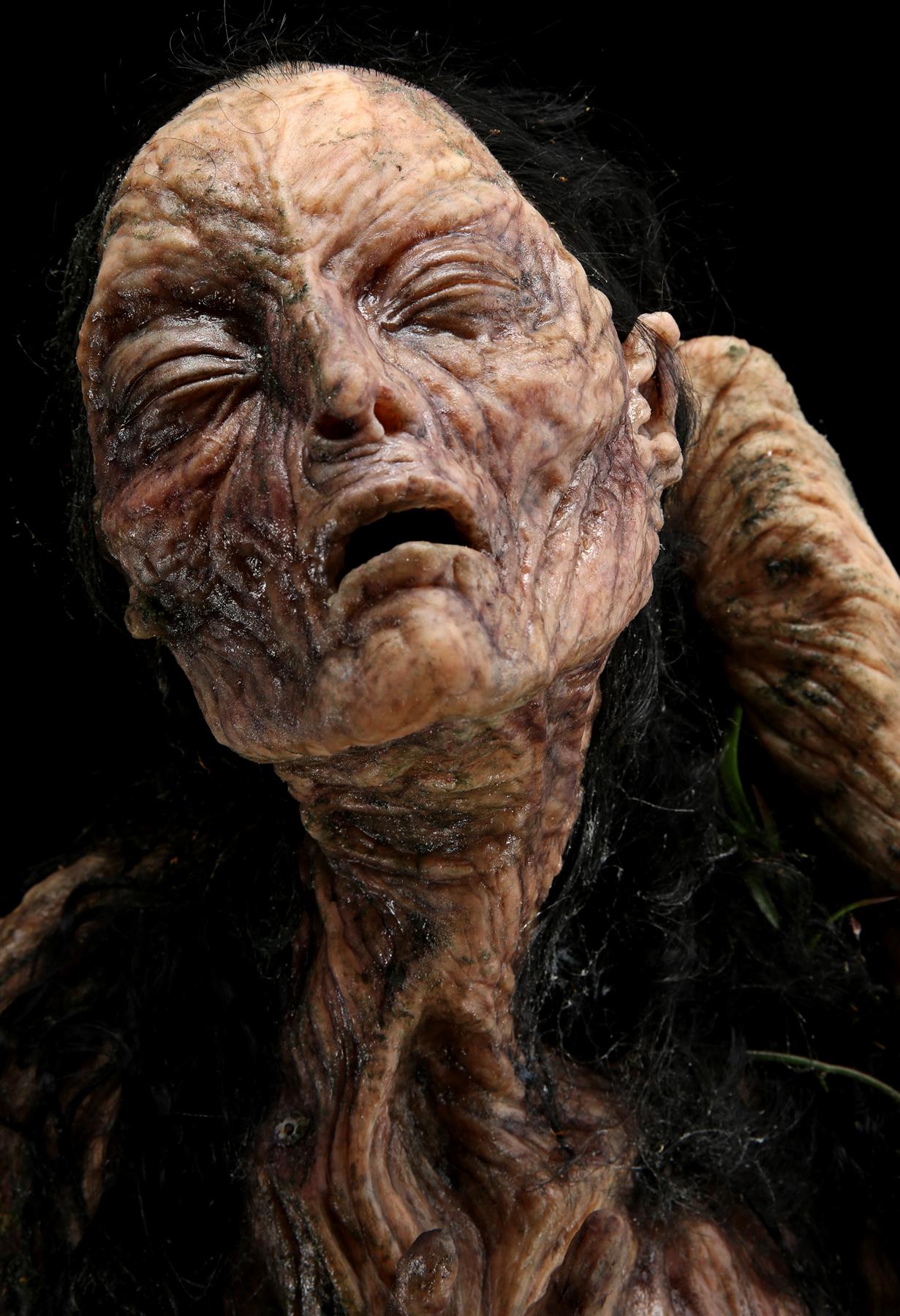 After Rita betrayed her team and killed all but their leader Zordon, she was poised to take control of the Zeo Crystal and all of Earth. Luckily, Zordon’s quick thinking ended her dreams and sent her unconscious body to the bottom of the ocean for millions of years. When she is mistakenly exhumed by local fishermen in 2017, her body is all but decomposed, leaving nothing but withered, barnacle laden skin over a contorted skeleton. Far from the height of her power, only the green power coin clasped tightly in her hand identifies her as a former Ranger and threat. 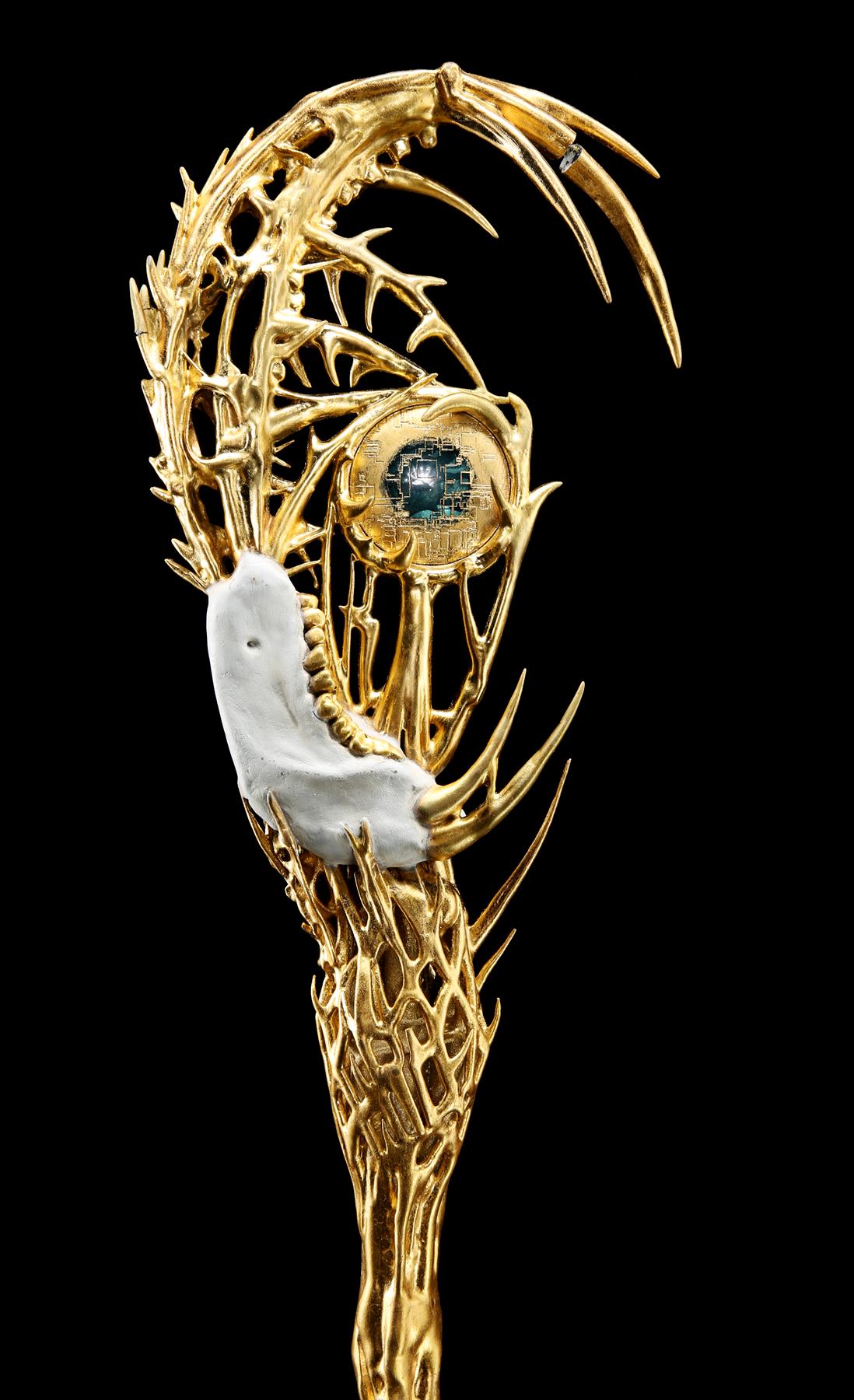 Dredged up from the depths and hungry for power, Rita found her way to a jewelry shop, were she proceeded to melt gold jewelry into a monstrous staff. Rita uses her staff to create her Putties and summon Goldar. The intricate staff featured a molten gold effect, with spindly thorns and spikes throughout. The green power coin sits as the eye of the staff and the true source of Rita’s power. 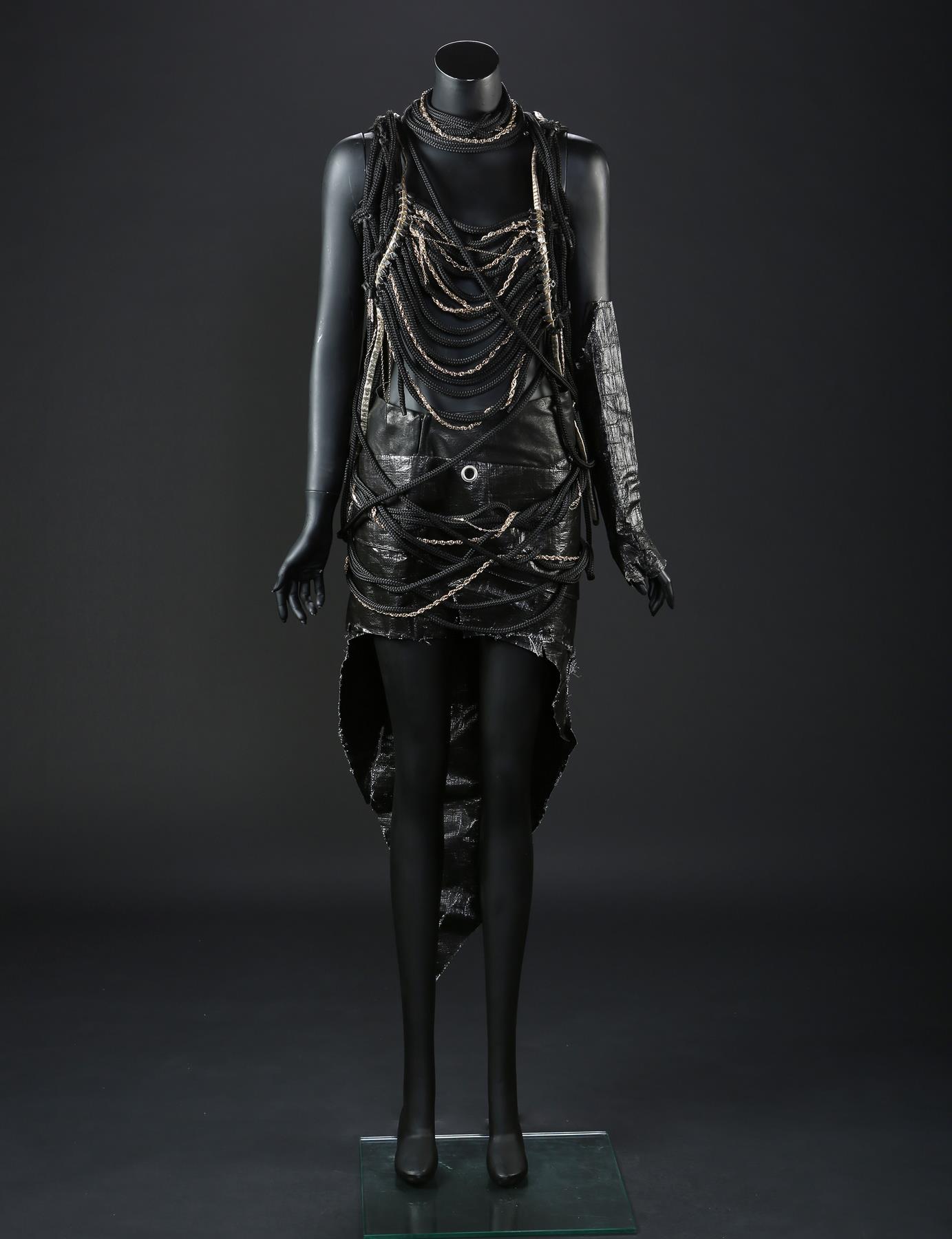 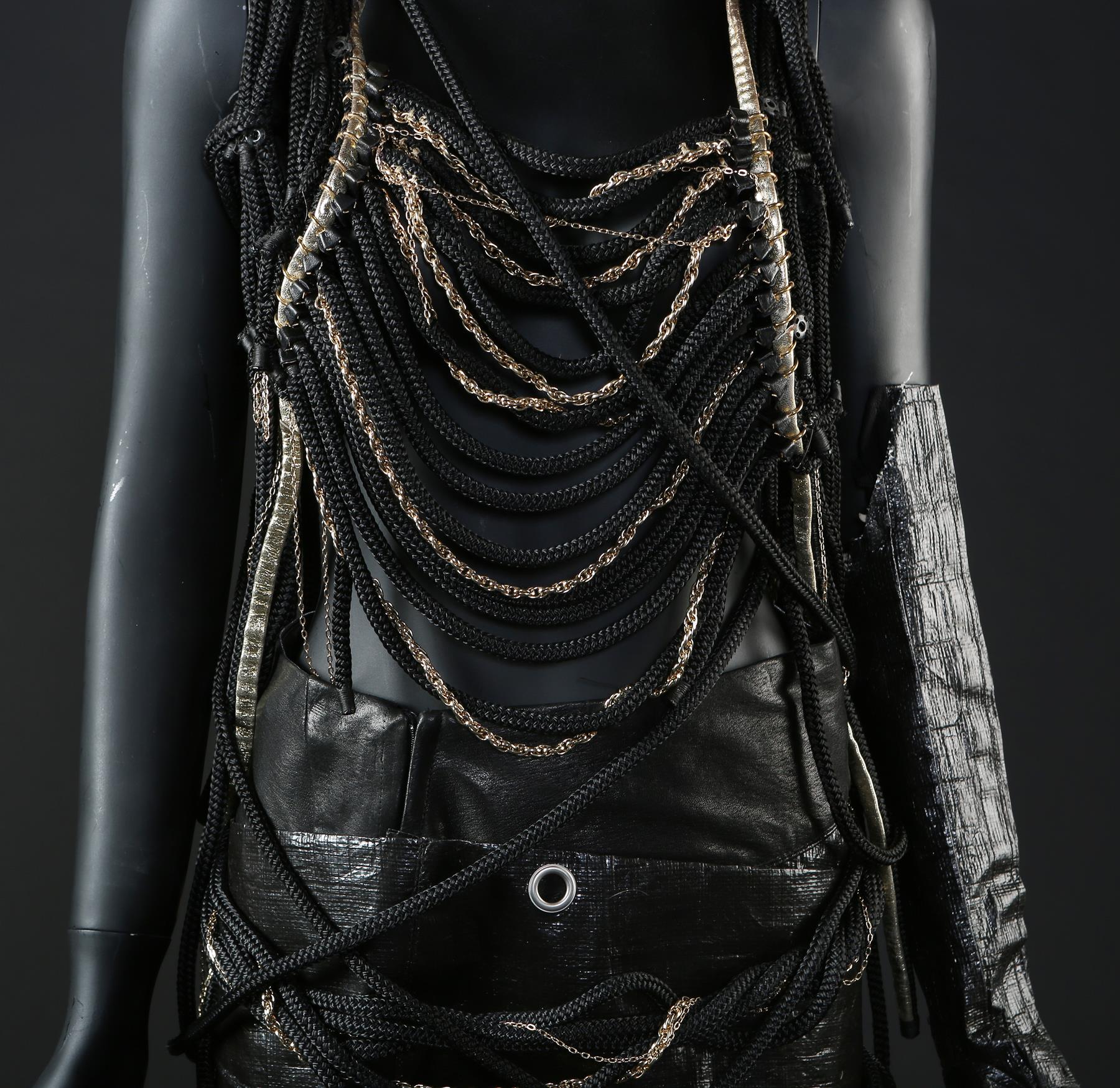 Like the Power Rangers, Rita’s power suit comes from her own skin. But, after a devastating injury and millions of years trapped underwater, her power suit was not easily manifested. Instead, she made use of the tarp and ropes she was wrapped in by her rescuers, fashioning the materials in to a makeshift skirt and top. Tangled amongst the black rope and polyethylene are stray gold-toned chains and necklaces for the villain to use or devour as she sees fit. 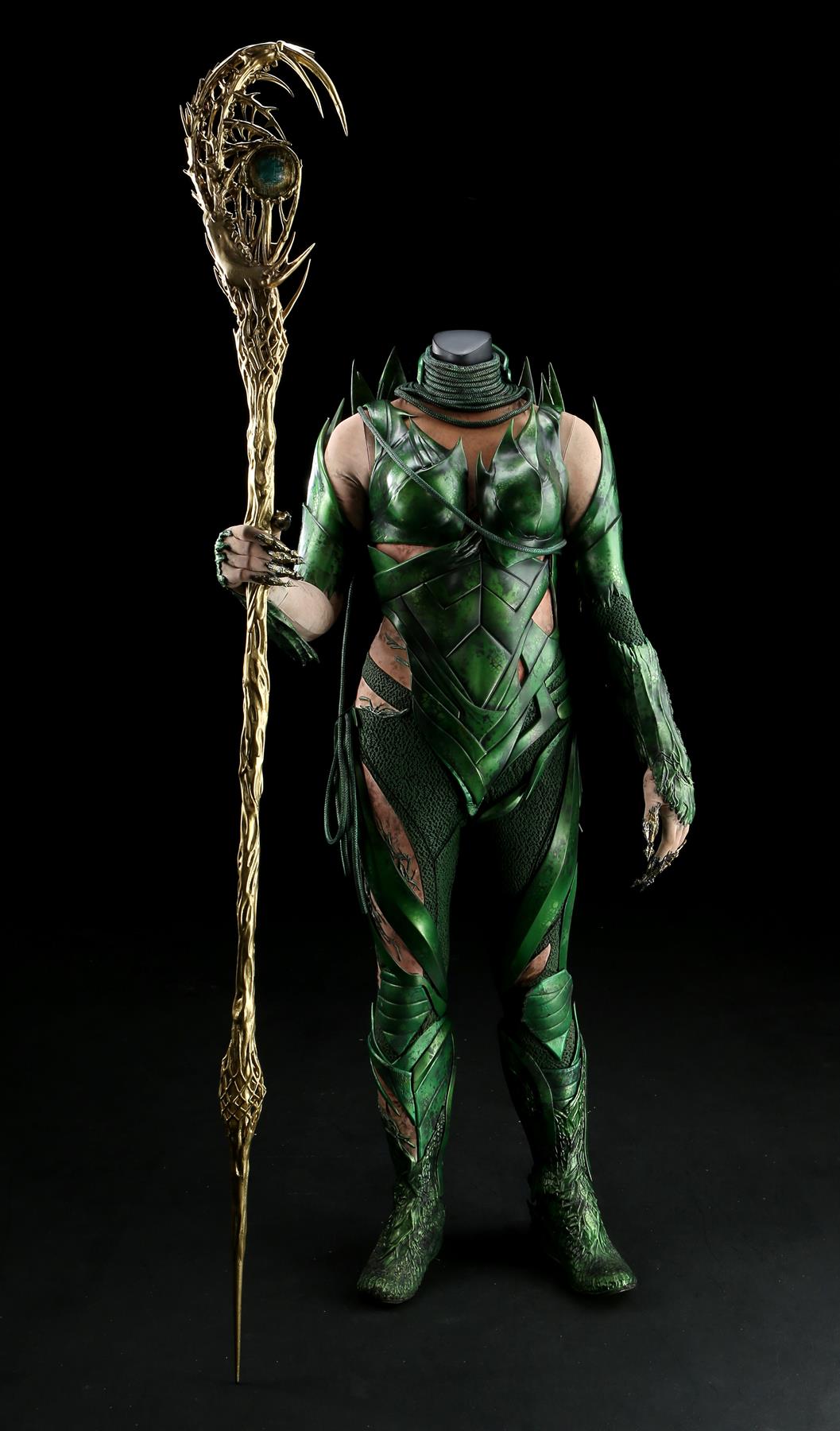 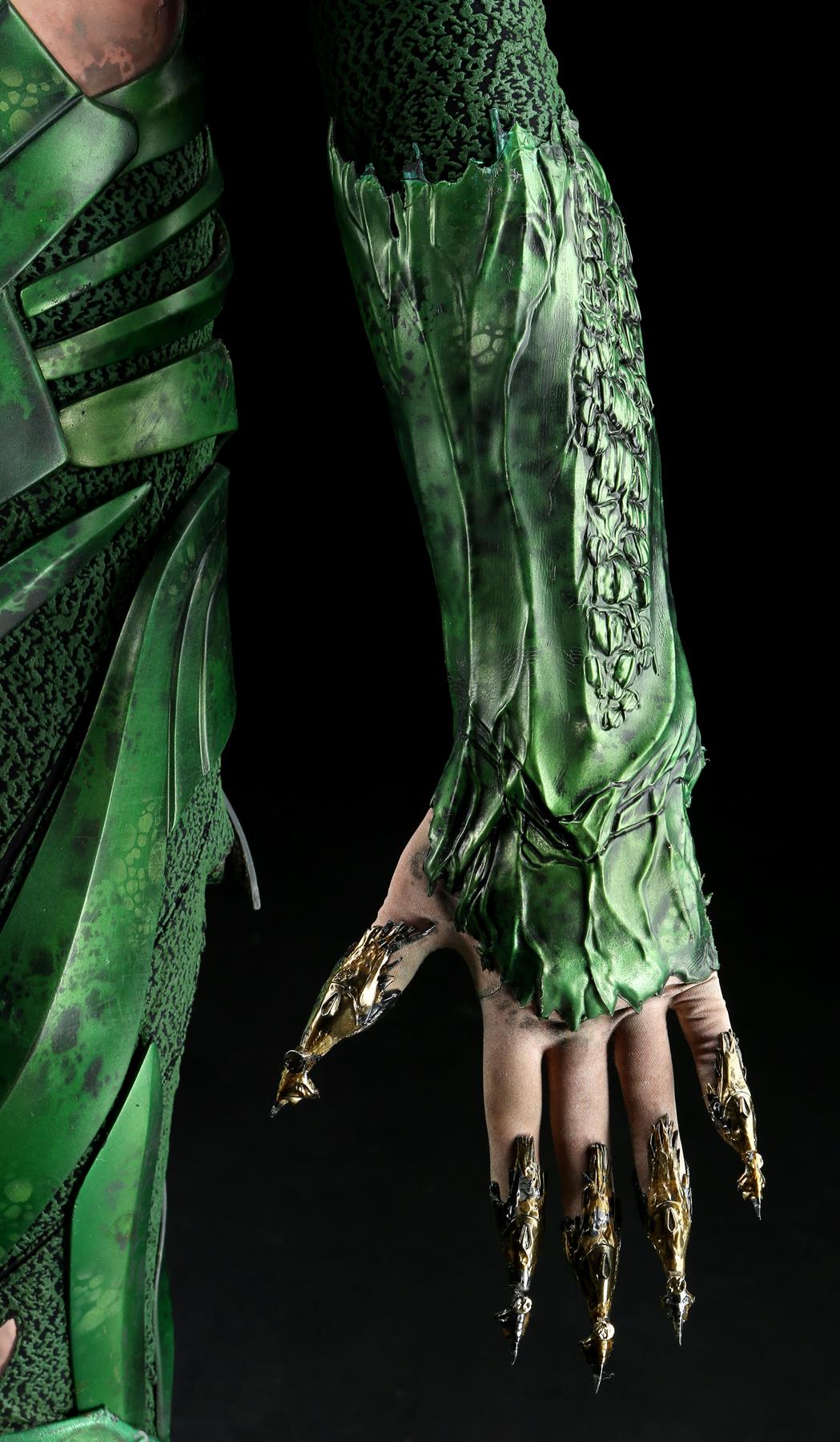 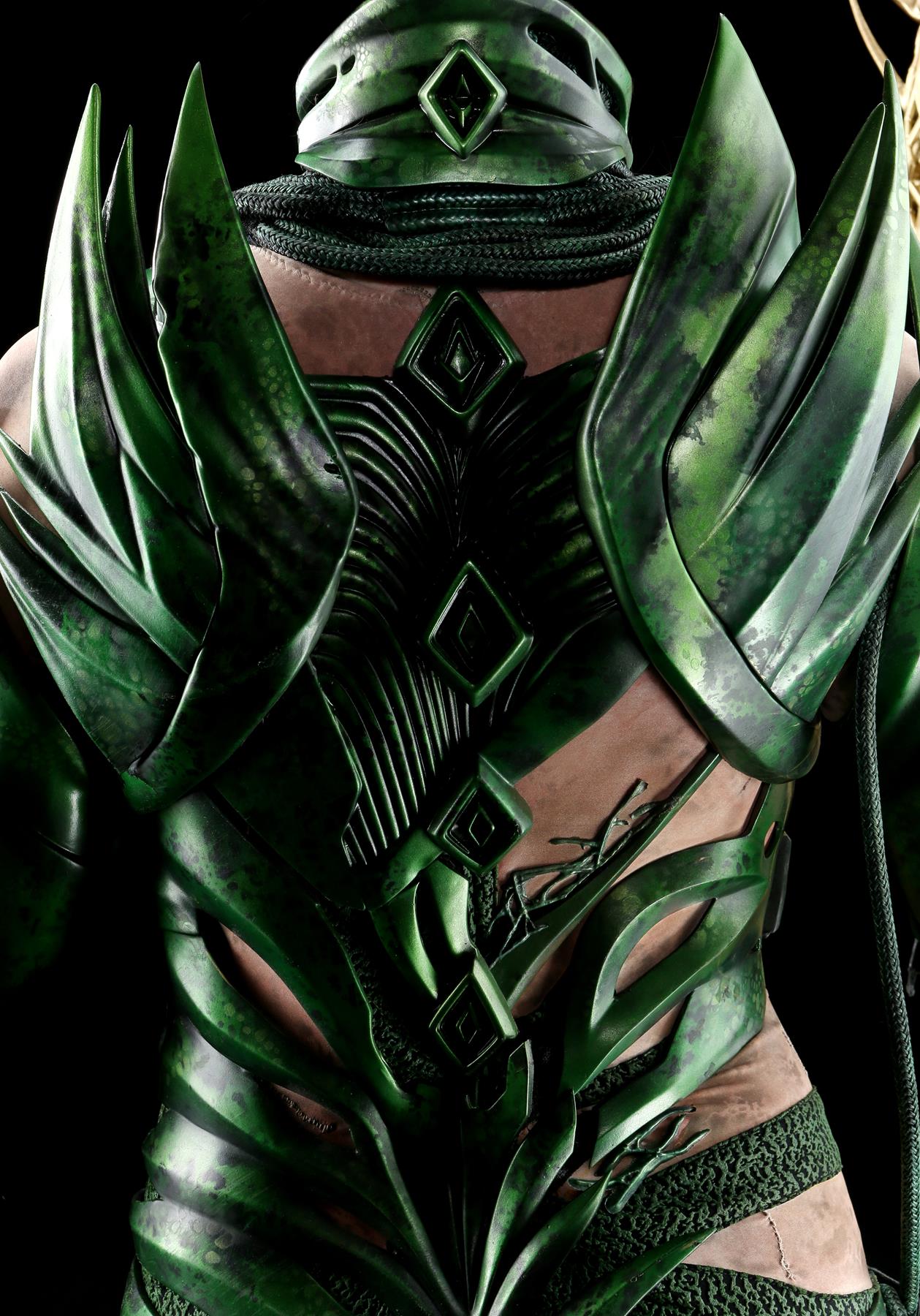 After several days on land, testing her strength and regaining power, Rita morphed into her corrupted power suit while threatening Trini Kwan in her home. Though similar to the power suits seen on the Rangers, Rita’s armor is an incomplete, defiled version, with the green armor pieces designed to look splintered and worn. A flesh-toned body suit serves as the base layer for the suit, with armor components attached over top. Rita’s infamous staff completes the lot.

Next post
Welcome To The Entertainment Memorabilia Live Auction 2018