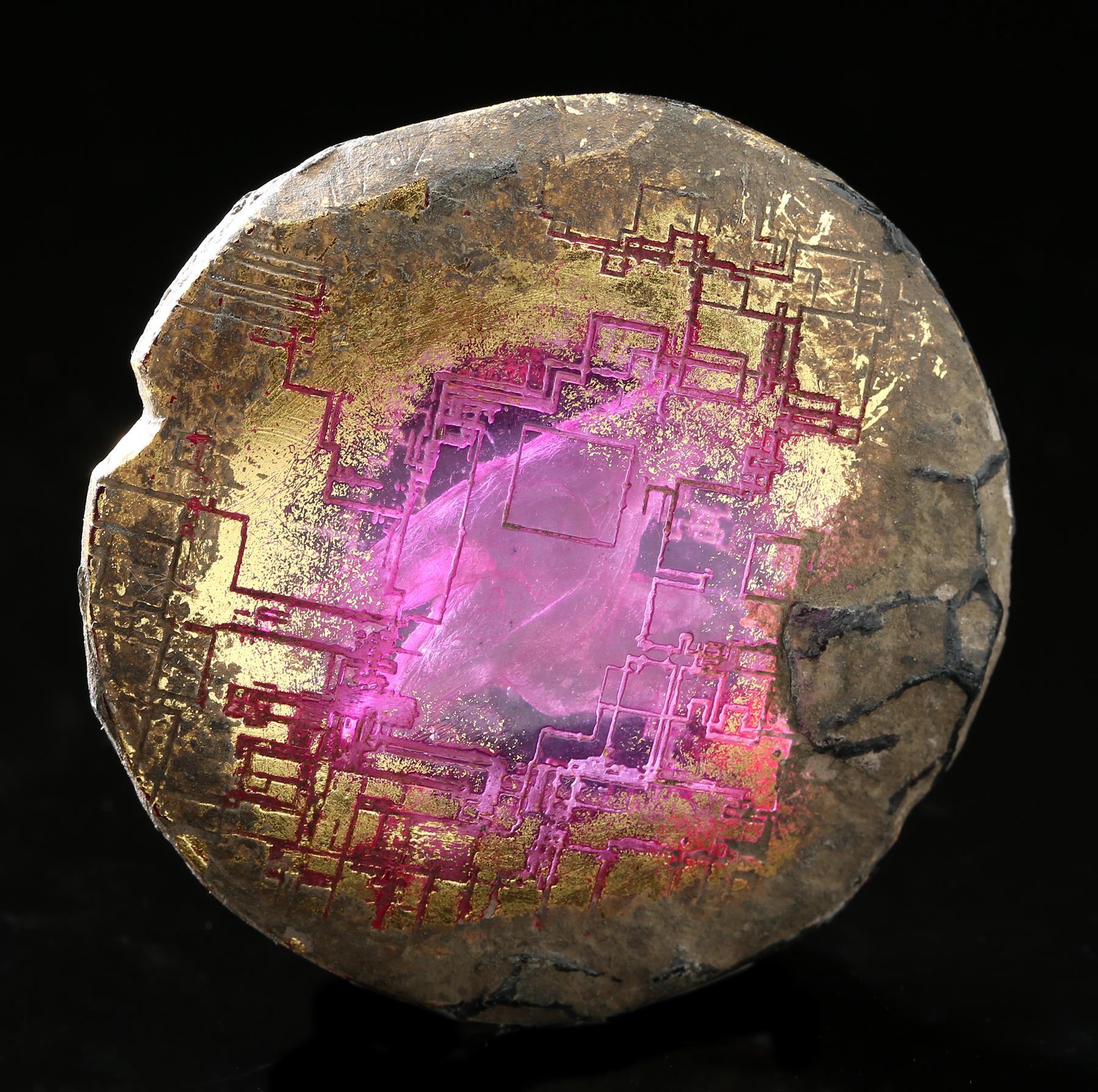 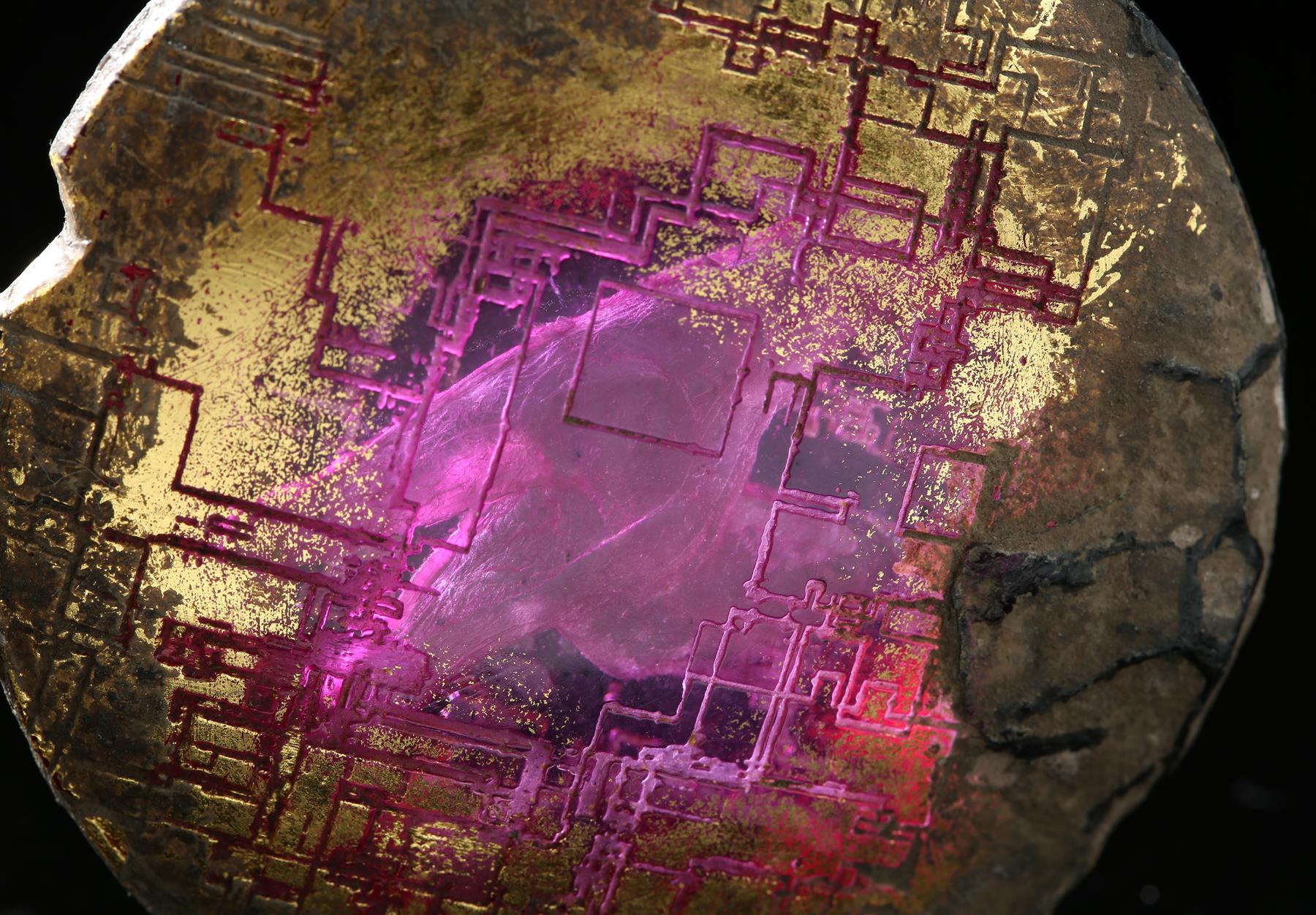 It all starts with the coins. Powered by the Morphing Grid, the Power Rangers’ coins were first brought to Earth 66 million years ago by Zordon and his original team. When Rita Repulsa betrayed him, Zordon collected the five coins from his remaining team and sent them underground for safe keeping, until they were excavated by Billy and the rest of the team. Each completed coin in the auction features a gold-toned border with small rectangles throughout, a visual nod to the Morphing Grid. An image of the dinosaur that inspires each Ranger’s respective Zords sits in relief at the center of each coin, with the Pink Ranger’s dinosaur being a Pterodactyl. 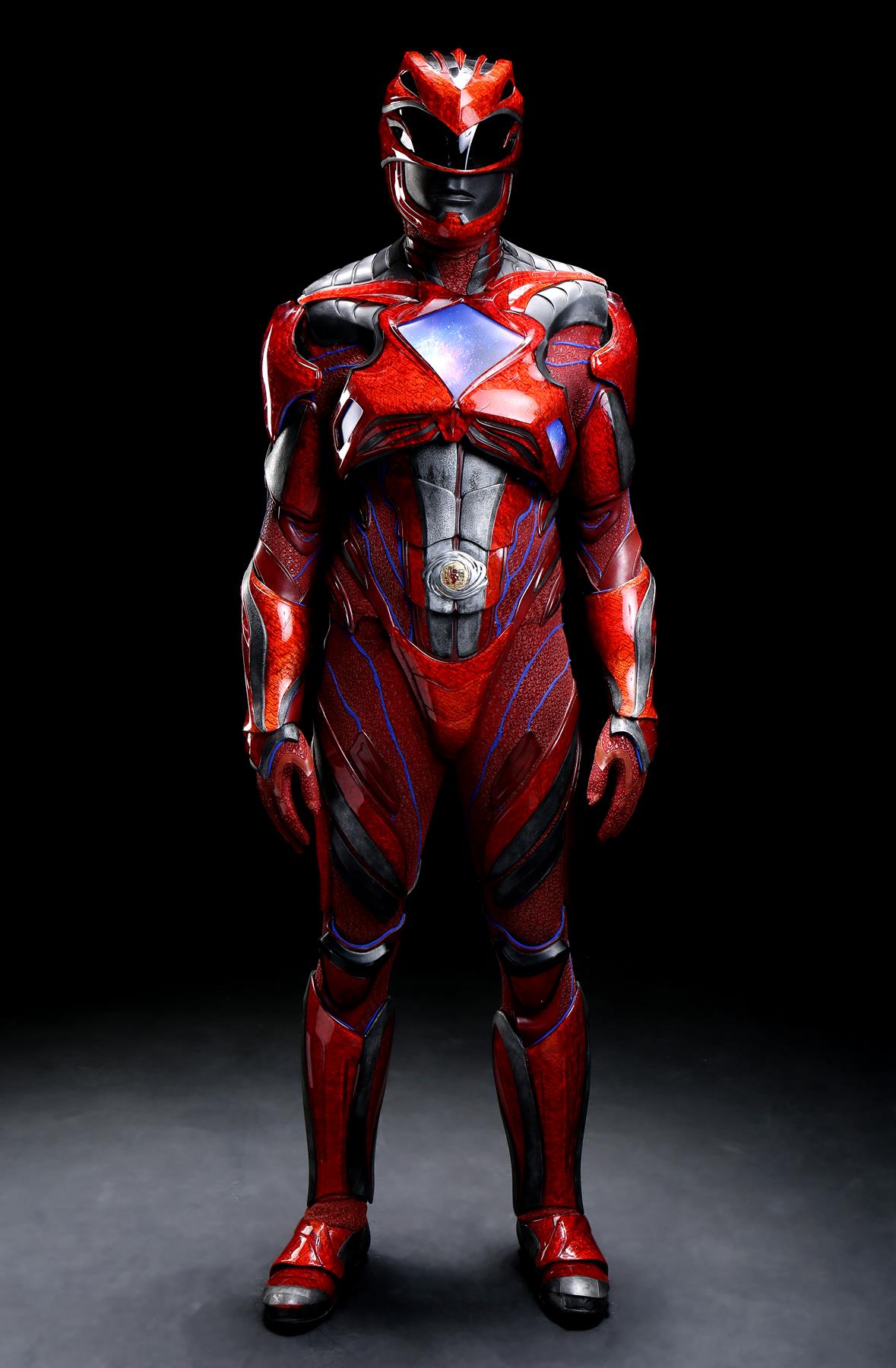 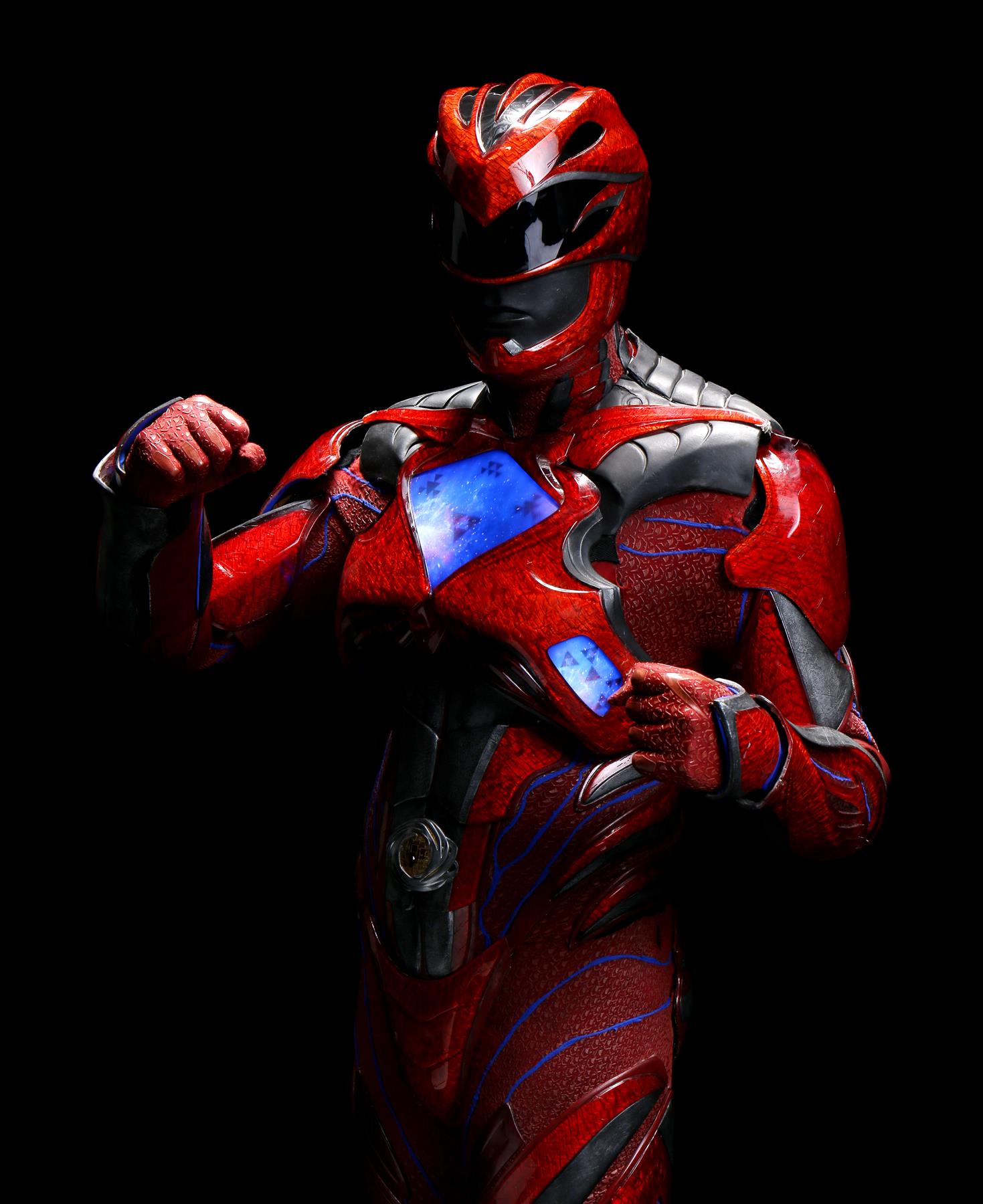 Power suit, or exoskeleton? A Ranger’s power suit, as described by Zordon, is inside each Ranger and can be brought out when they’re connected as a team. The power suits designed for the film feature a spandex undersuit, multiple pieces of resin armor, and a matching helmet. Made by Weta Workshop, the suits’ see-through armor designs are unique to this film alone. Though varying widely from the original designs, the team at Weta was inspired by the original costumes used in the franchise over the decades. Gone is the lyra body suit, but the harlequin chest pattern and latent dinosaur motif are present and serve as identifying features for true fans. 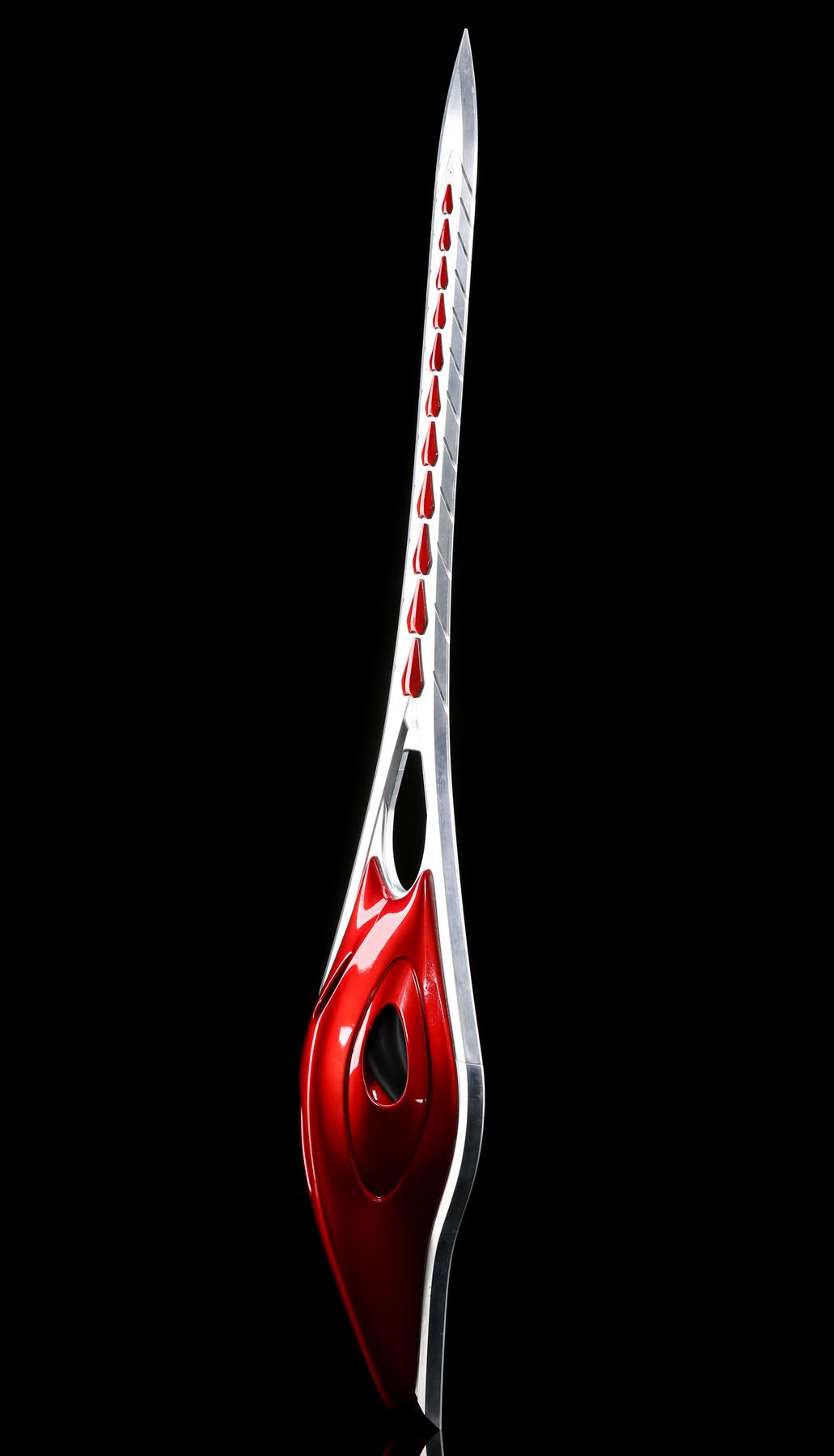 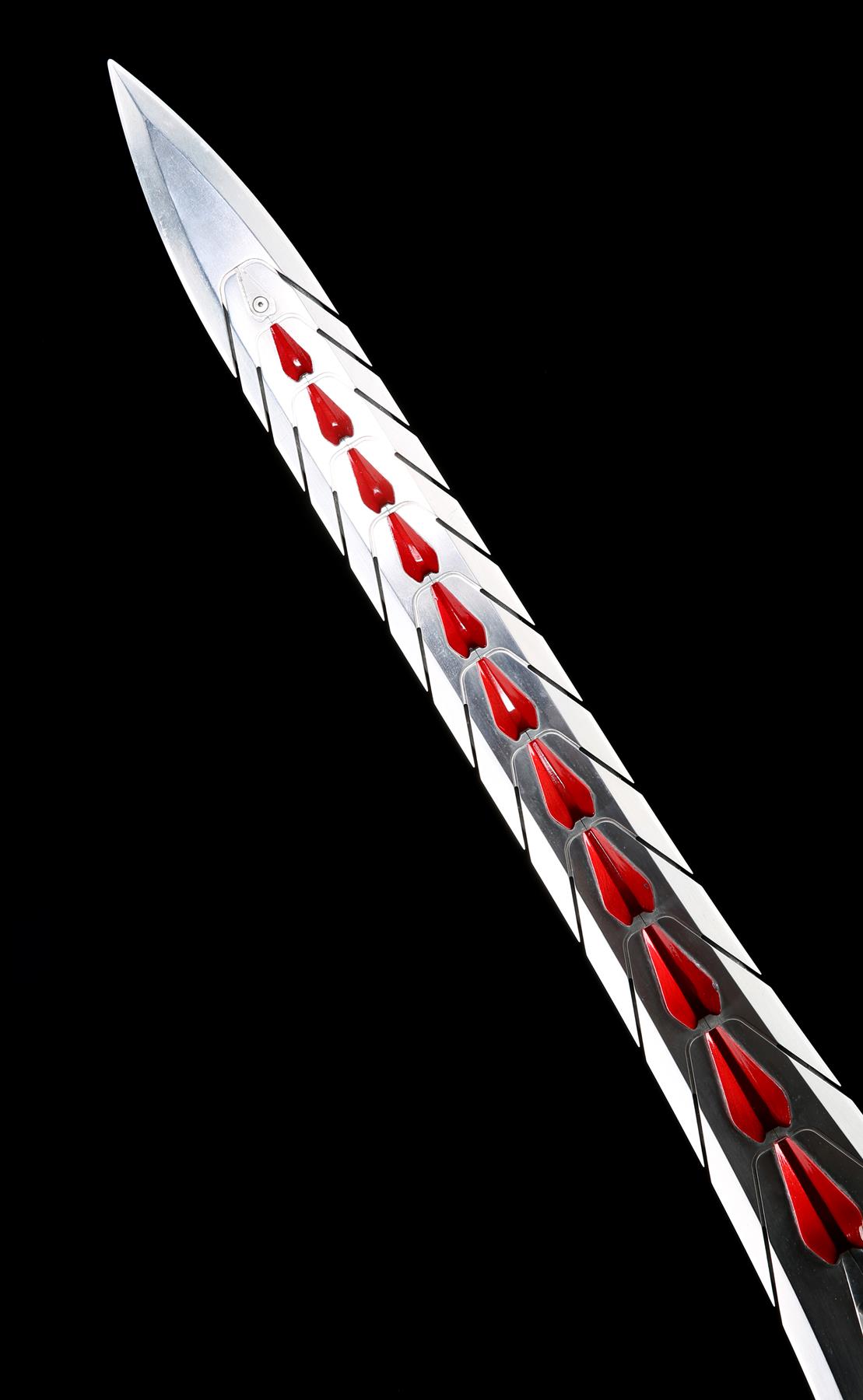 Much like the suits, a Ranger’s power weapon is another tool at their disposal in their battle against evil. Though fans of the original franchise know every Ranger has a weapon, only Jason’s Red Ranger power sword is seen in the film. Morphing organically from his suit during combat, the sword handle encases the user’s hand, acting as an extension of the Ranger’s body. The aluminum and resin sword features the Red Ranger’s signature hue, with scale elements along the blade reminiscent of the armored spines of the power suits. 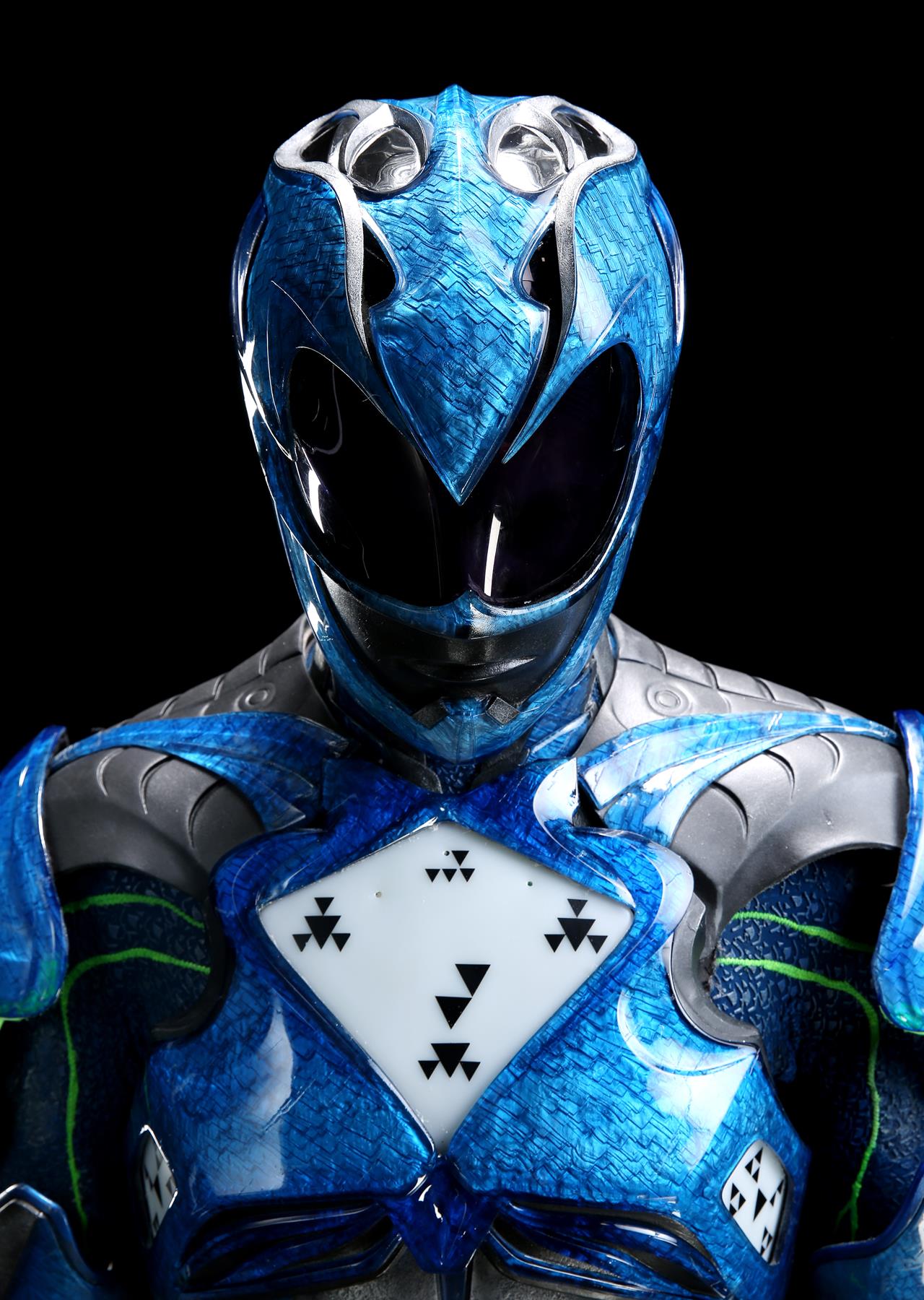 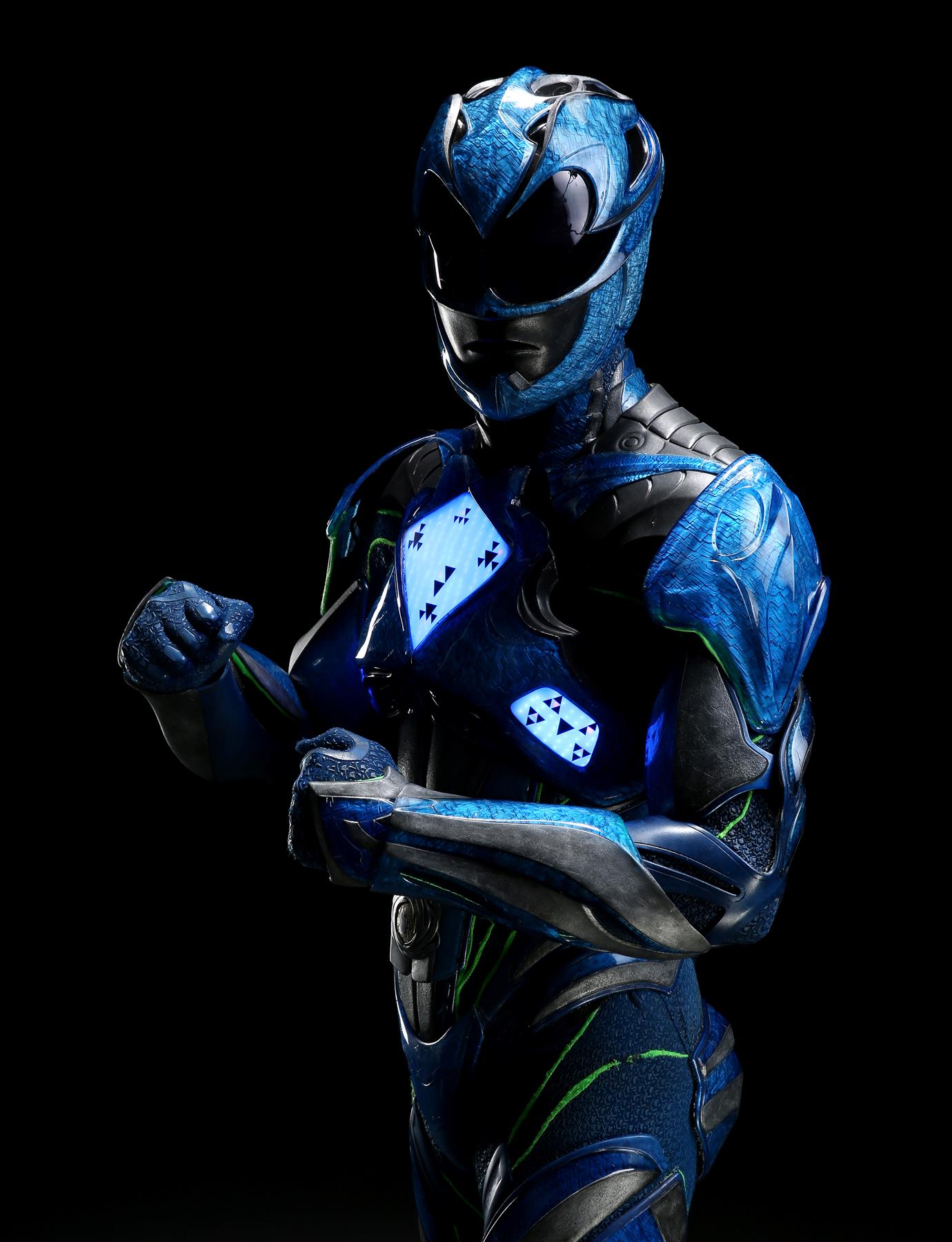 With a purer heart than the rest of the team, it was Billy who first accessed his suit, morphing for the first time while trying to break up a fight between Jason and Zach. Unlike the other Rangers’ suits, which have blue-screen piping lines throughout their costumes, Zach’s suit’s lines are green. This was done to make it easier for the digital artists working on the film’s effects, as veins of energy were animated directly onto the Rangers’ suit using those piping lines as guides. 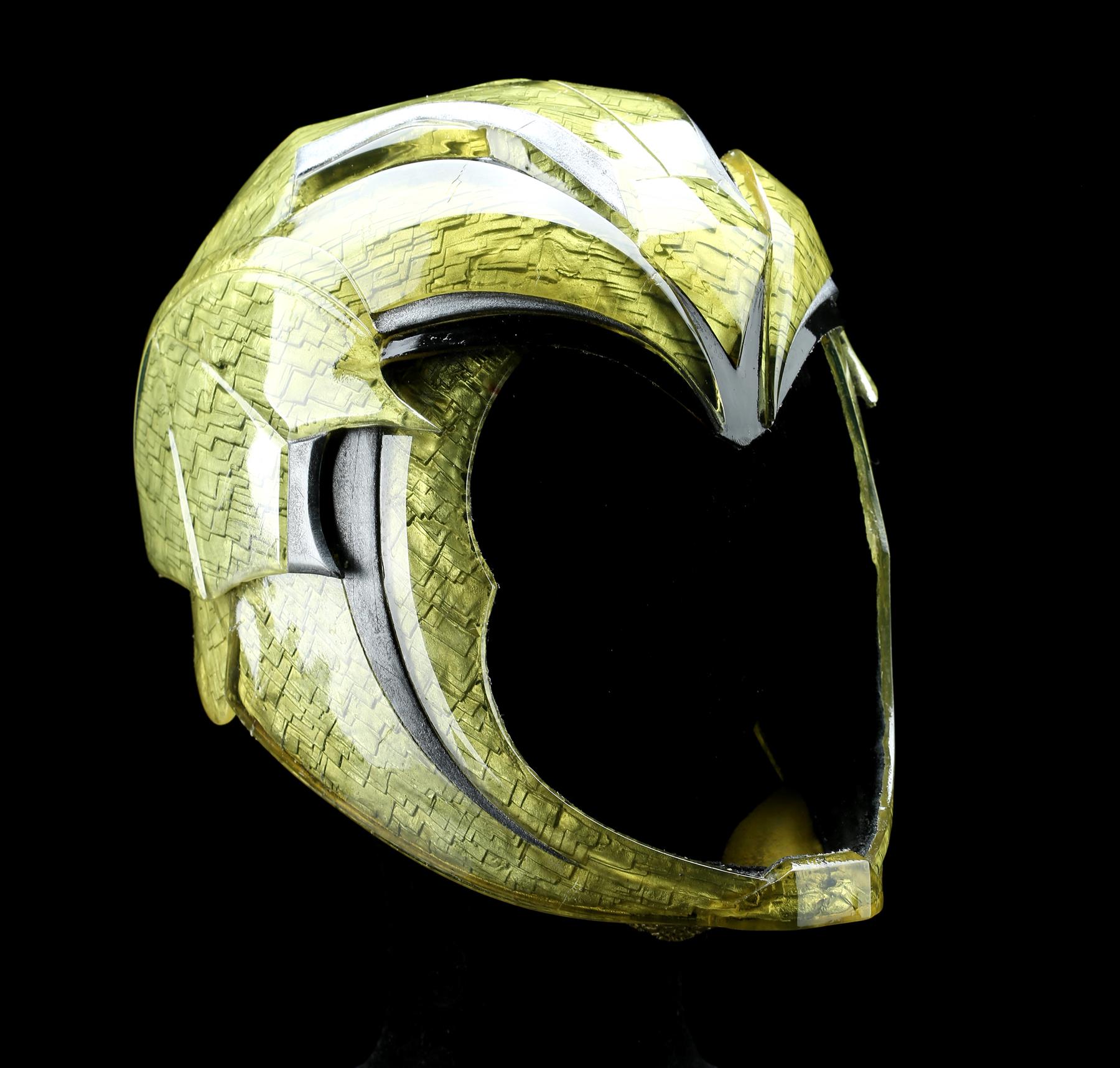 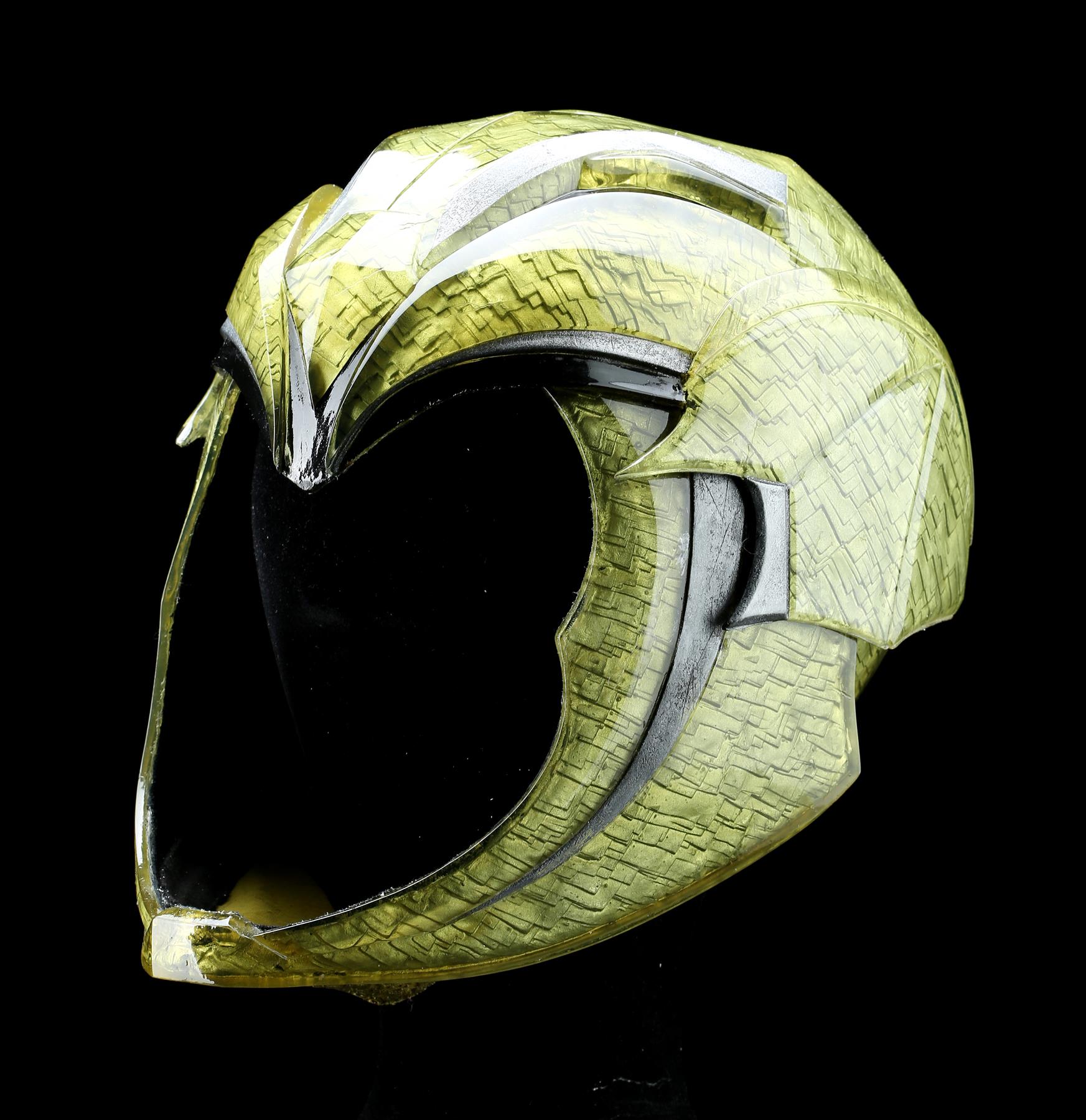 Just as iconic as the suits are the helmets themselves. Though their faces are completely covered in battle, the Power Rangers wore their open-faced helmets while piloting their Zords. The helmets are made with the same materials as the power suit armor, continuing the translucent armor effect and referencing each Ranger’s dinosaur totem. An unused visor is included with the lot. 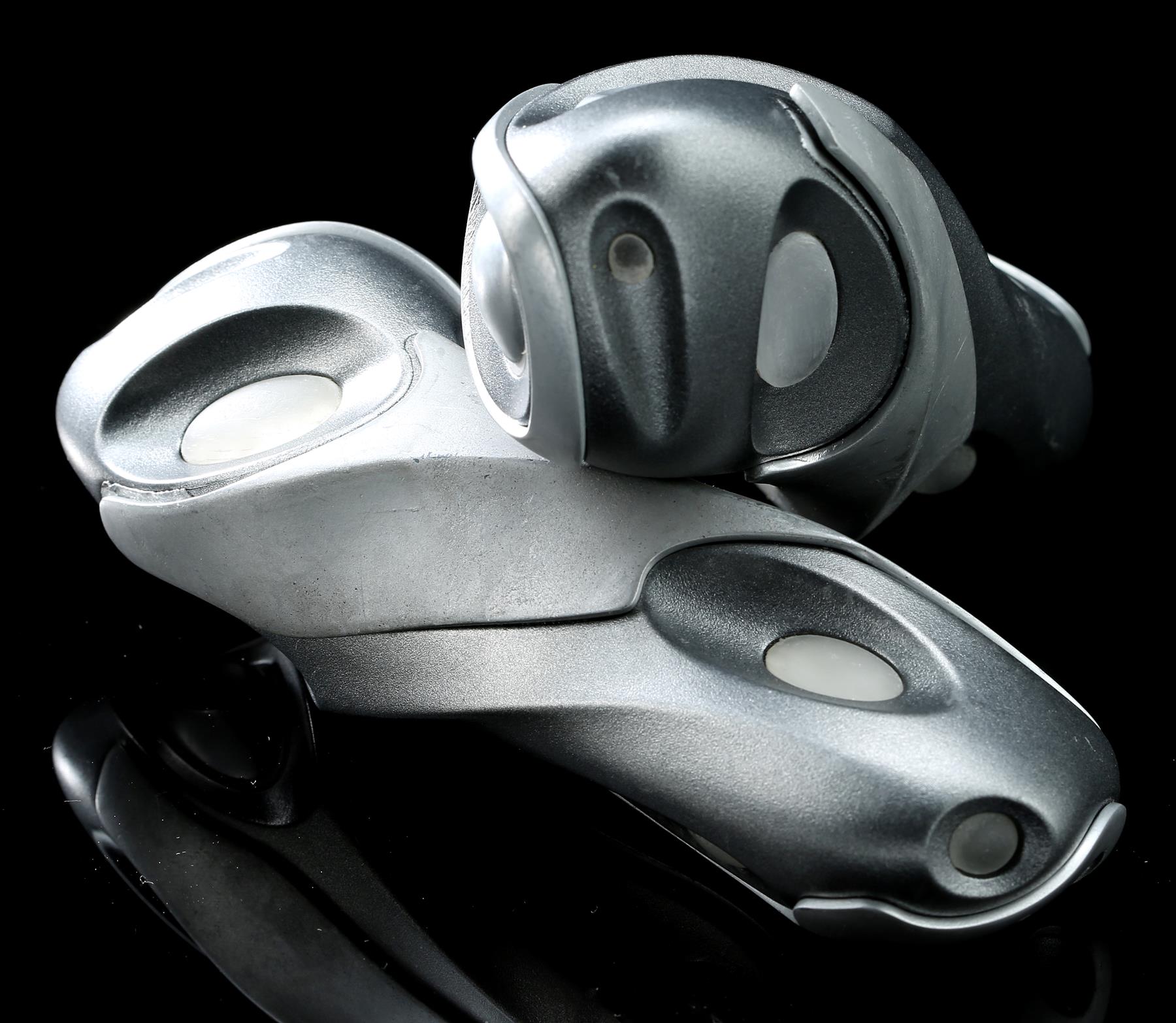 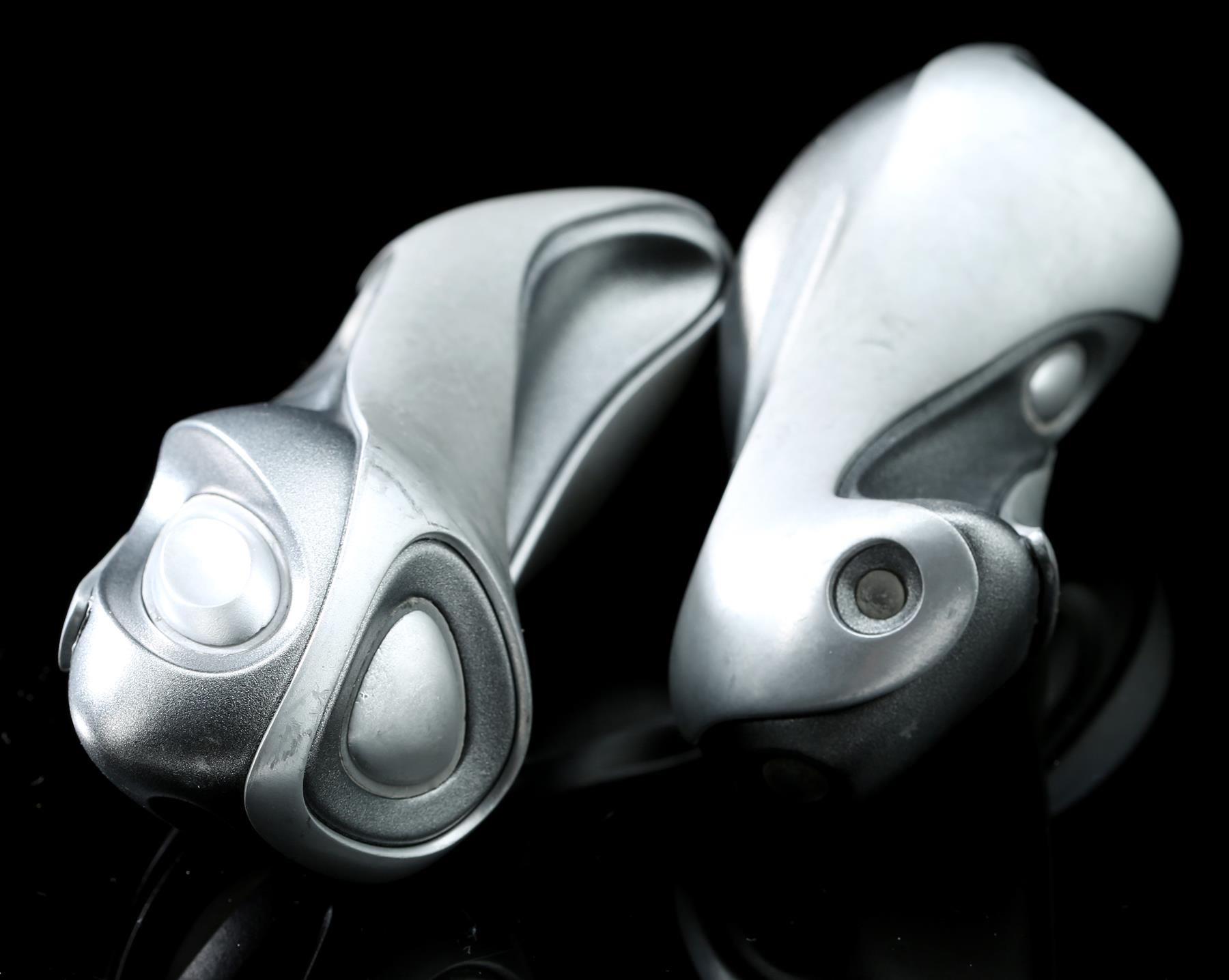 Of course, not every battle can be fought from the ground. When Rita’s Goldar monster grew to tower over their hometown, the Power Rangers took to their dinosaur-inspired Zords to fight him back. The gigantic mechanical vehicles are piloted by the Rangers through the use of two small controls that feature sleek organic lines in the silver resin bodies, similar to the walls of Zordon’s spaceship. The lot includes both controls.

Next post
HER NAME IS RITA: Highlights from the Power Rangers Auction