As the fifth film in the franchise, Terminator Genisys integrates characters, plot elements, and, most importantly, props from the past to tell a new version of the ever-changing Terminator timeline. Take a look now at some of the items in our Terminator Genisys Auction that relate back to the series’ beginnings… 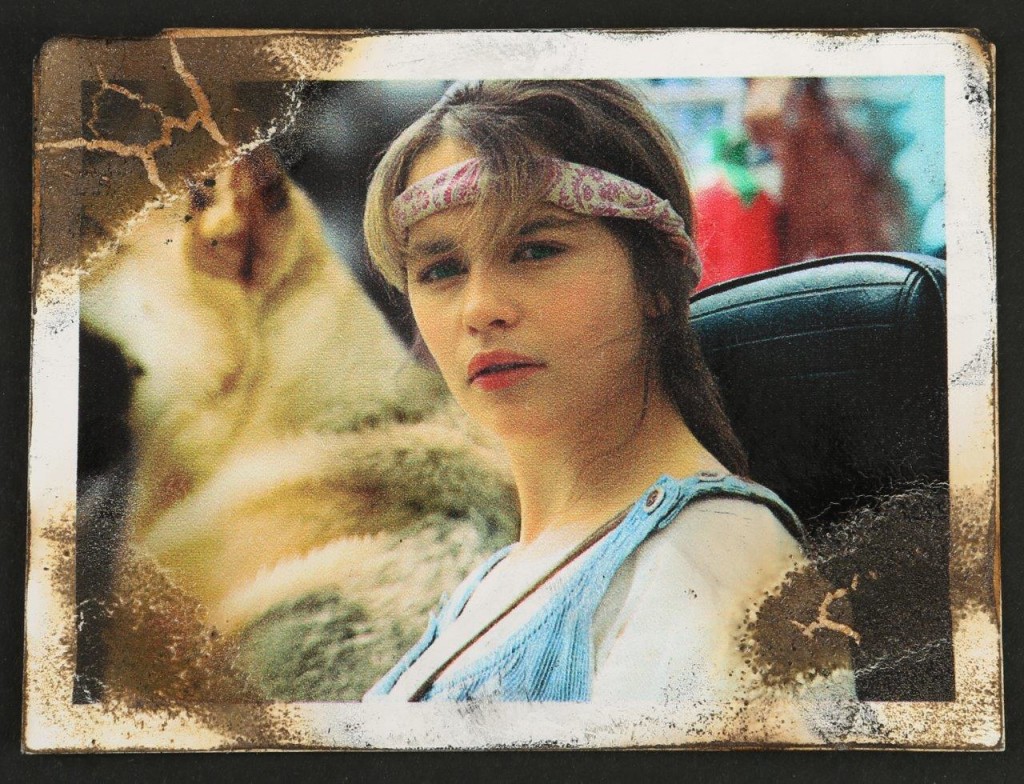 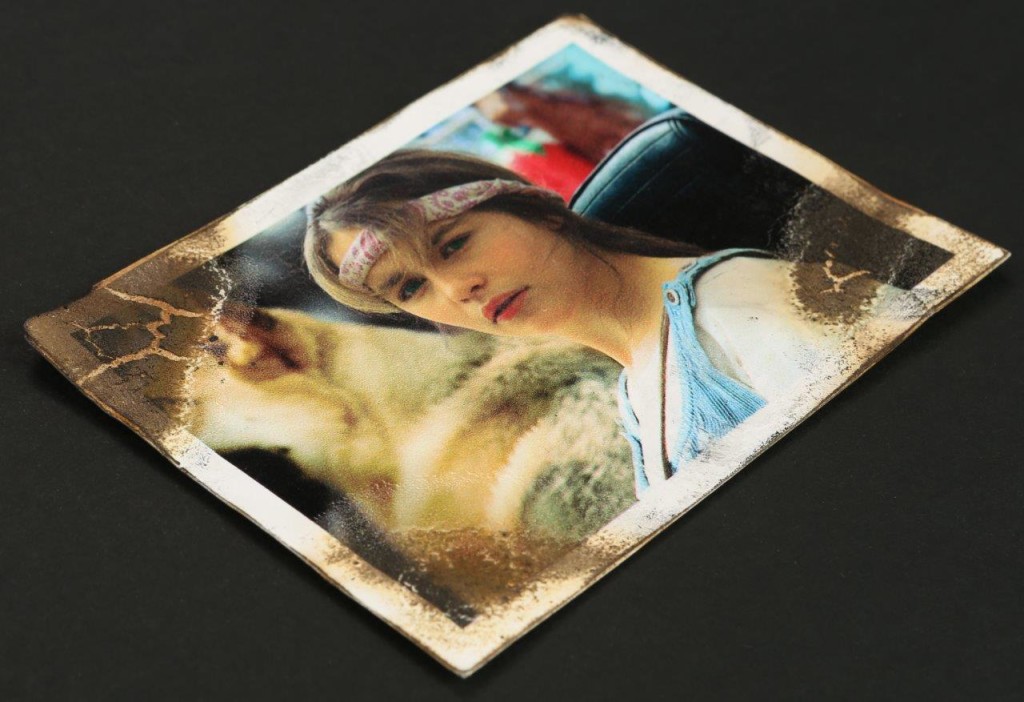 Established as far back as Terminator in 1984, Kyle Reese is given a snapshot of John Connor’s legendary mother, Sarah. A version of the photo is introduced in several of the various Terminator timelines, and Terminator Genisys is no different. The photo is printed on acetate paper and has been burned and distressed by production to show wear.

A legendary character in the world of Terminator, Miles Dyson was first introduced in Terminator 2: Judgement Day, where he helped Sarah, John, and the T-800 destroy his research to avoid Skynet’s attack.  In Terminator Genisys, Miles’ son Danny takes over where his father’s uninterrupted work left off as he plans to launch the deadly Genisys program. This badge is Miles Dyson’ Cyberdyne security ID and is adorned with the Cyberdyne logo. 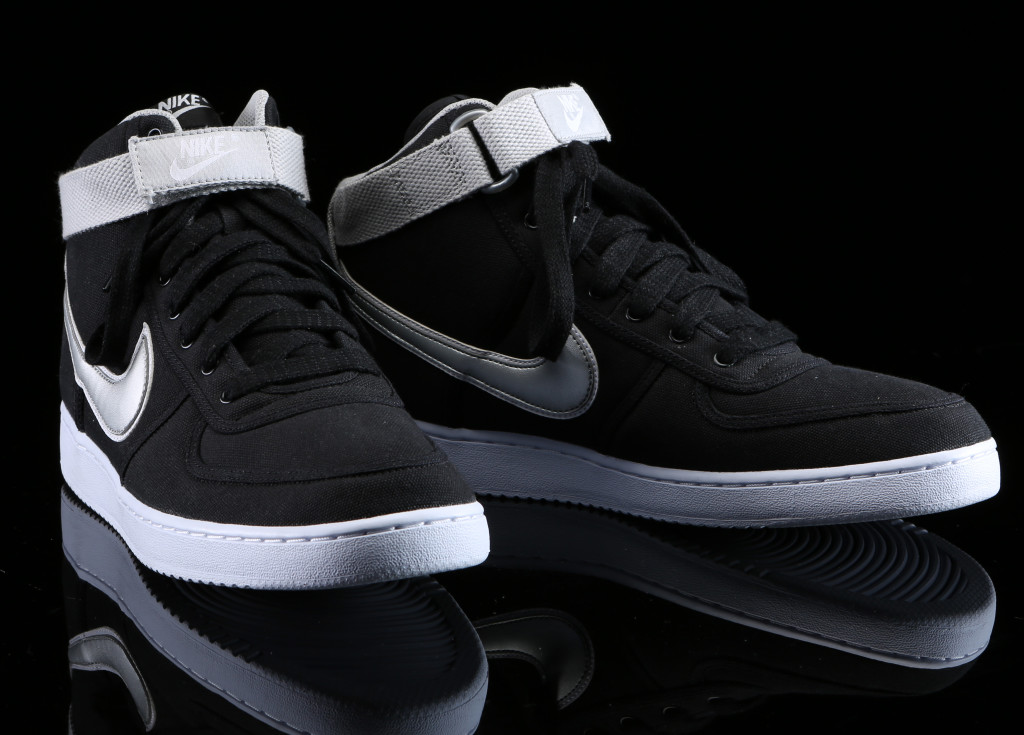 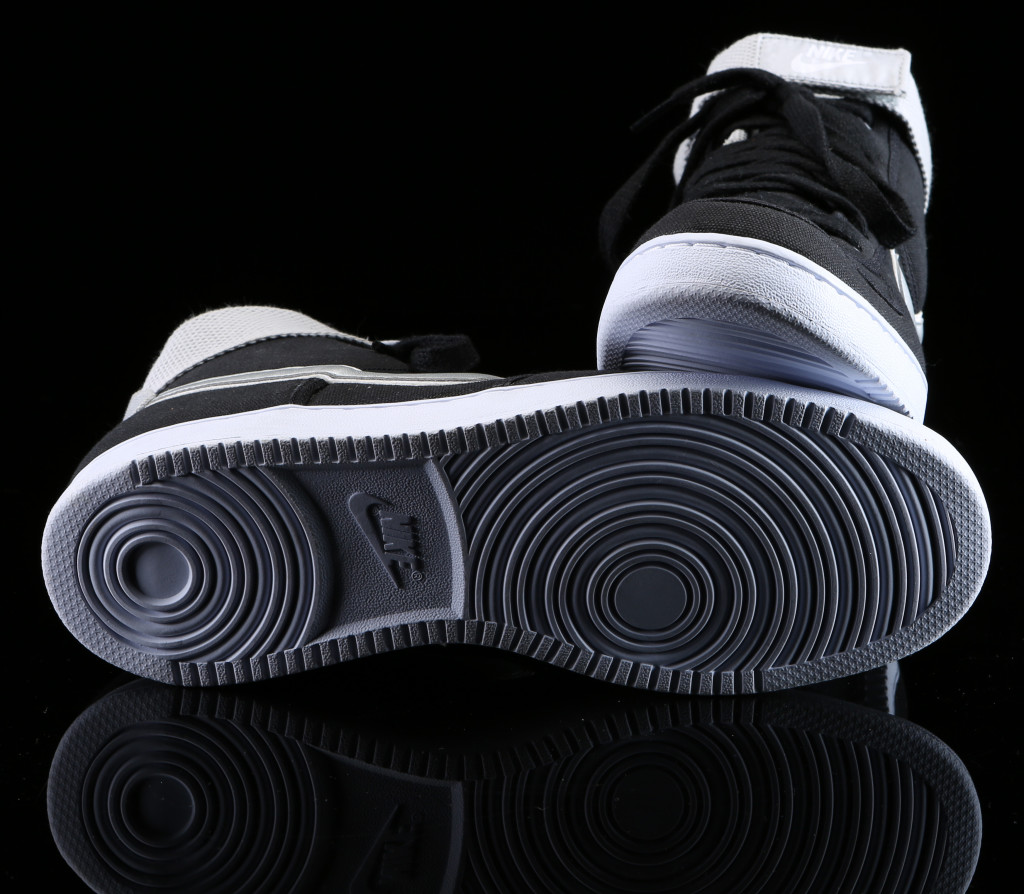 Time travel is a risky business, especially when you have to be completely naked for it to even work! As in the first film, when Kyle Reese travels back to 1984, he “borrows” a pair of black and white sneakers before heading off to track down the one and only Sarah Connor. The sneakers made for Kyle in Terminator Genisys are reissues from the original manufacturer who put several brand new pairs together specifically for use in this film. 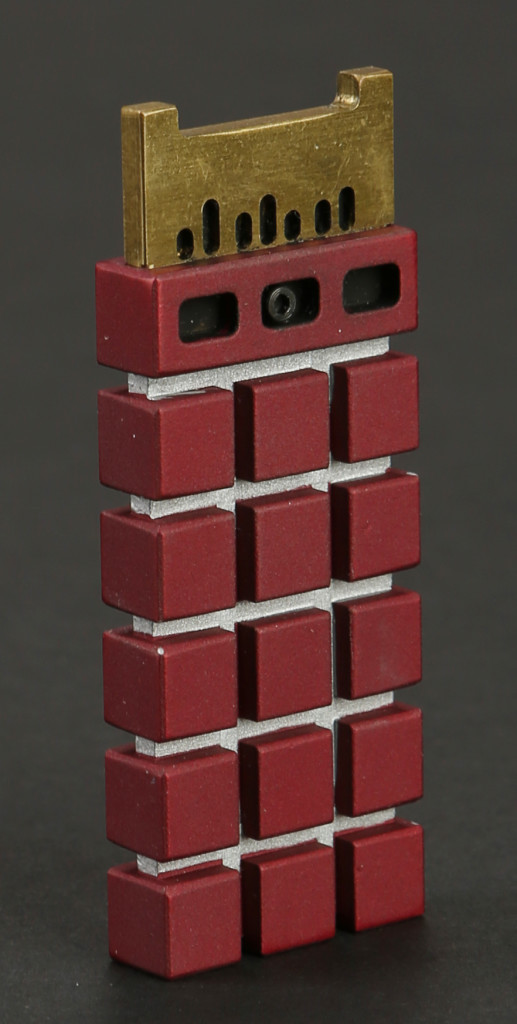 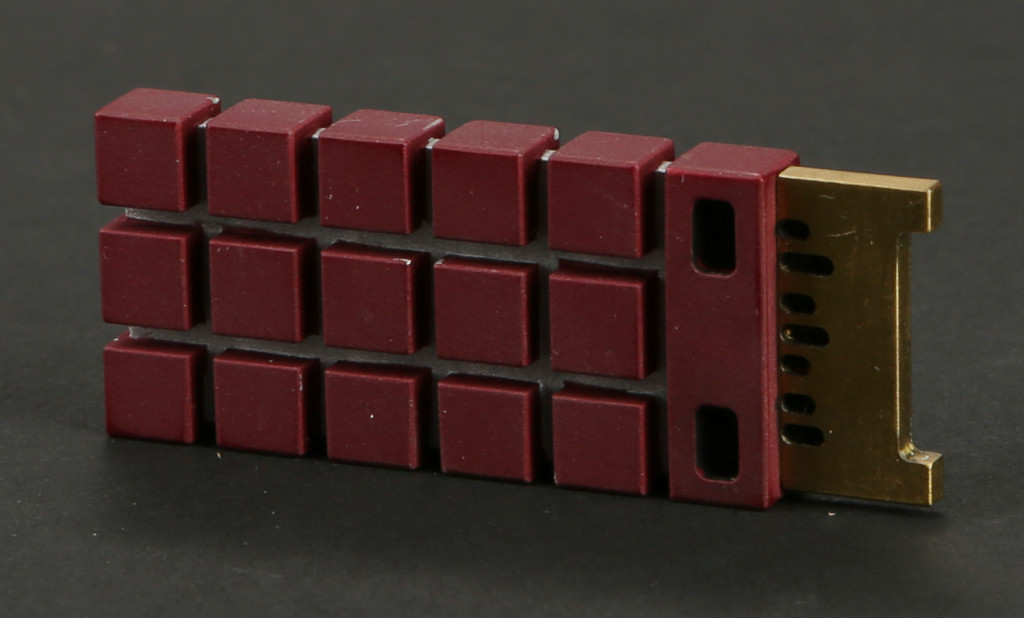 Throughout the franchise, the T-800’s involvement in the plot revolves entirely around what its programming says. A Terminator’s chip, or Neural Net CPU if you’d like, is the thinking, learning computer inside the Terminator that allows the programmer to decide whether a T-800’s fights with the resistance or with its metal brothers. The CPU chip seen in Terminator Genisys is taken out of a relatively new T-800 model, and therefore is practically “off the line,” and shows none of the scarring or wear seen on chips in the past films. The plyers used to remove the chip are also included with this lot.

These lots and many more are currently open for bidding in Propstore’s Terminator Genisys Auction, which ends on Friday, May 12th. Thank you for joining us for our Terminator Genisys blog coverage and be sure to check out our other articles in this auction series soon!

Share
Related Articles
30.08.2016  |  Auctions
Propstore Live Auction 2016 Presents… Terminator
Welcome to this week’s preview to our Propstore Live Auction on 27th September 2016 will be focusing on one of the most iconic sci-fi series to ever grace modern cinema screens – Terminator…
11.05.2017  |  Auctions
Propstore Presents… Raised By A Robot: Sarah & Pops
When it comes to relationships, many would say that blood is thicker than water. However, for Sarah Connor and her T-800 guardian, affectionately nicknamed “Pops,” a tripled-armored, hyper-alloy, chip controlled combat chassis serves as the foundation for a lasting relationship. With Terminator Genisys, the legacy of the classic science fiction franchise is used to build […]
08.05.2017  |  Auctions
Propstore’s Presents… Fighting For The Future
While much of Terminator Genisys takes place before the rise of Skynet, early sequences of the future war keep the looming threat of Judgement Day alive throughout the film. With heavy fire power on both sides of the fight, the war wages on between man and metal…
21.04.2015  |  Propstore Staff Picks
Propstore Staff Picks: Paul Wallis’ Favourite Props
Join us as we take a glimpse behind the scenes at Propstore to reveal some of our team’s favourite lots. No one knows our massive collection of original movie props, costumes and memorabilia better than these guys, so this should make for some interesting reading. This week we reveal our UK warehouse manager’s Paul Wallis’s favourite […]
Sign up to be in the know