Welcome to today’s Live Auction preview, which will be focusing on James Cameron’s hugely successful Terminator series. We were first introduced to Arnold Schwarzenegger in his most iconic role in 1984’s The Terminator and over the next 31 years, this iconic franchise has been continued in Judgement Day, Rise of the Machines, Salvation and Genisys.

In this Live Auction 2016 blog post we will show you some of the amazing Terminator memorabilia that will be on sale in the September 27th auction! 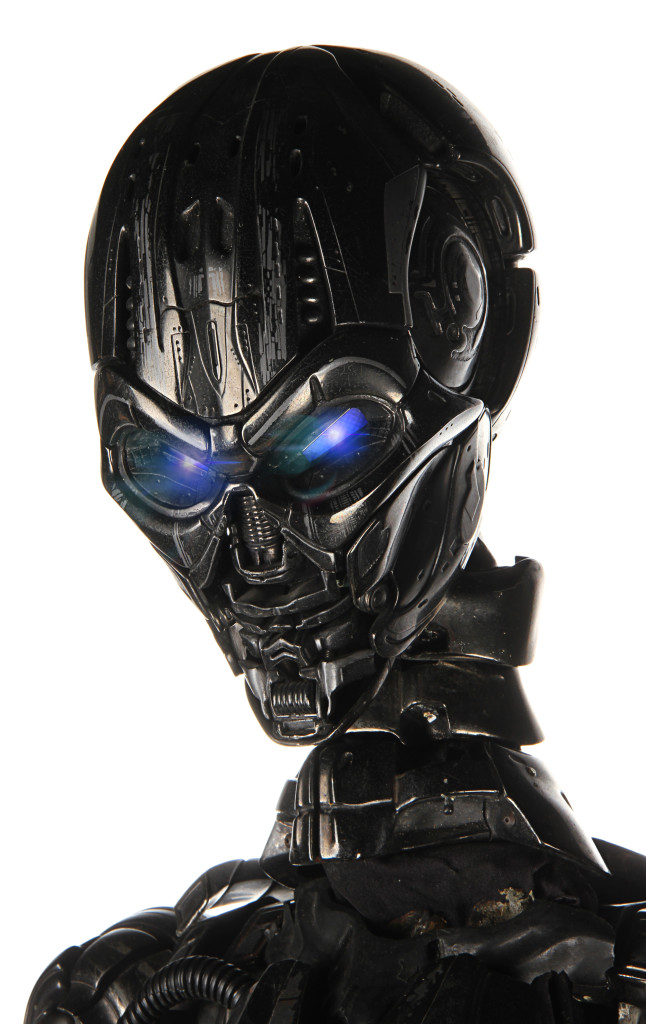 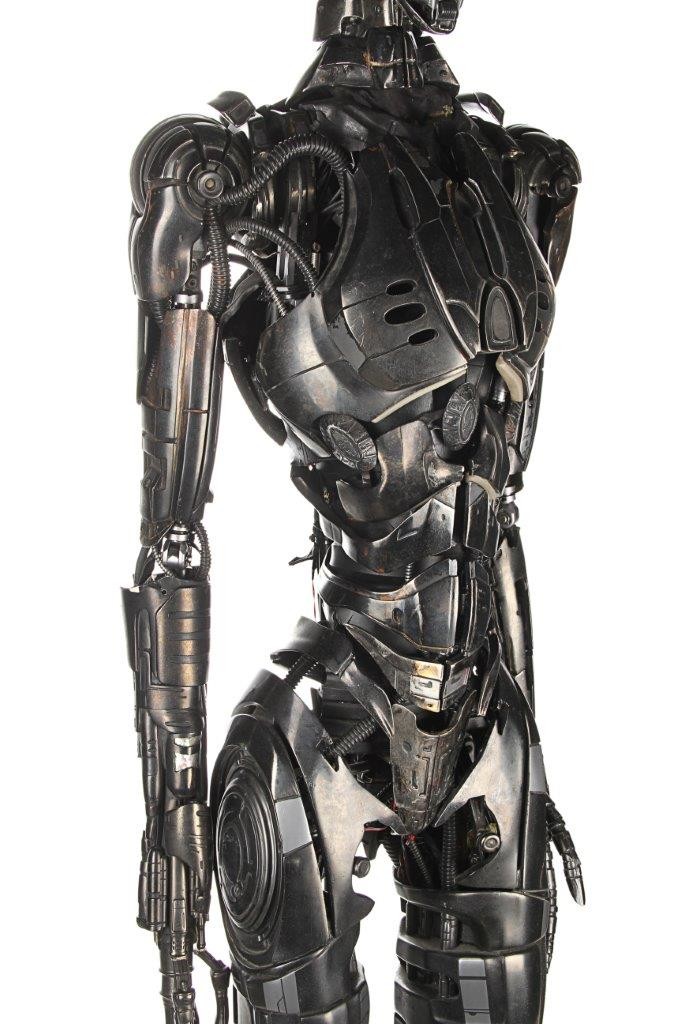 Terminator memorabilia just doesn’t get any more exciting than this full size T-X Endoskeleton!  In Terminator 3: Rise of the Machines the T-X ‘terminatrix’ (played by Kristanna Loken) was the intelligent and formidable villain sent to destroy the human resistance.  This endoskeleton was the only one made for the production, and it was created by the renowned Stan Winston Studios (who also worked on other blockbuster franchises such as Aliens and Jurassic Park, as well as Terminator). The T-X is a full-body female endoskeleton with black chrome-impregnated resin over a steel and aluminium armature. She has numerous features including an external power pack which controls blue LED lights in the eyes, torso and left arm, and a four-pronged right hand weapon.  This very special item comes on a custom-made display stand with a lobby card used in the promotion of the movie. 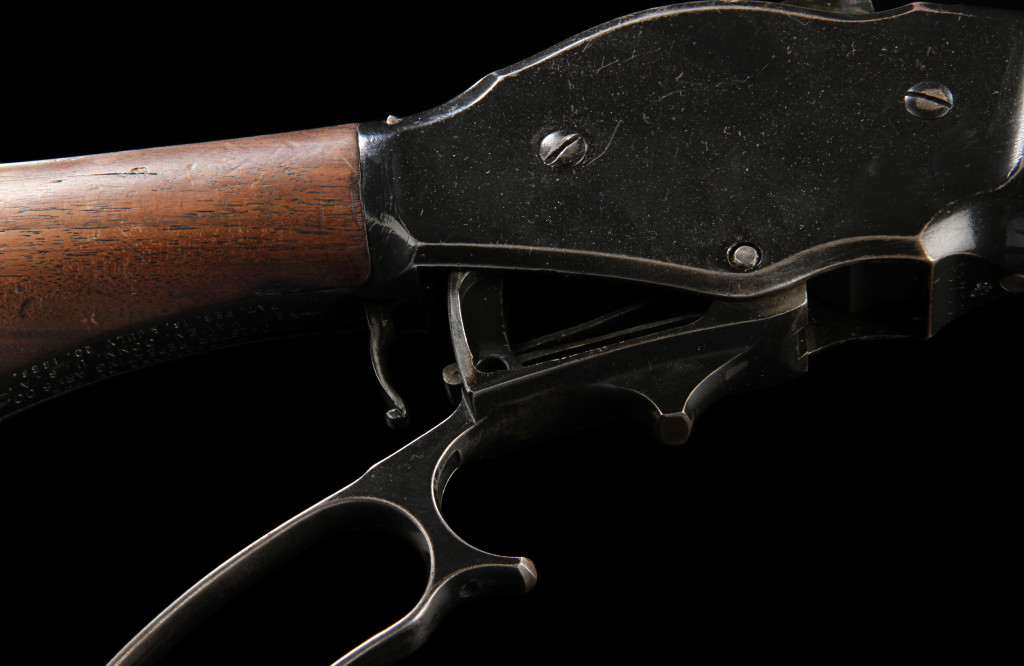 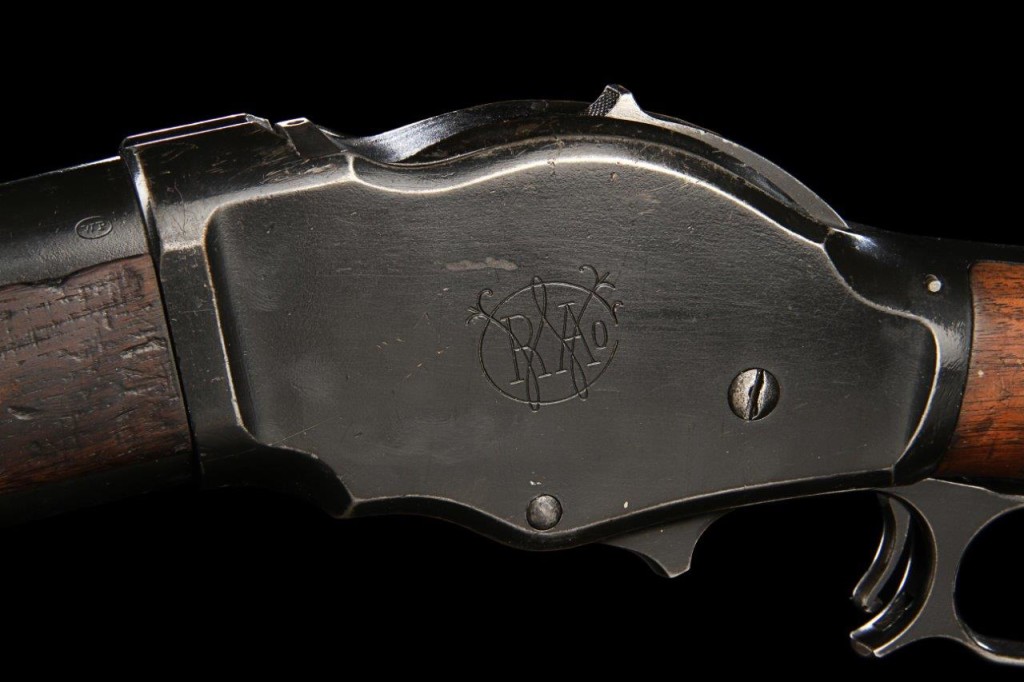 The Terminator’s cut-down Winchester was stolen by the Terminator from the biker bar in Terminator 2: Judgement Day, and used again in the dramatic battle with the T-1000. It is a real vintage Winchester weapon from 1888, customised for use in the production, and sympathetically deactivated for safety. This shotgun is instantly recognisable, and an integral part of the look of the film. It would be a rare and handsome addition to any collection.

The Terminator (Arnold Schwarzenegger) didn’t only steal his trusty Winchester at the biker bar at the beginning of Judgement Day – he also stole this iconic outfit, that defined the ‘look’ of Schwarzenegger’s Terminator. The costume comprises a custom-made black leather jacket, matching artificial leather trousers and a Hanes Beefy-T t-shirt (marked XL). There are normal signs of wear from use, plus some deliberate distressing to create an authentic hard-worn look, and some minimal damage to the trousers from the film’s fight sequences.  Presented on its custom-made mannequin, it makes an impressive display for any Terminator collector. 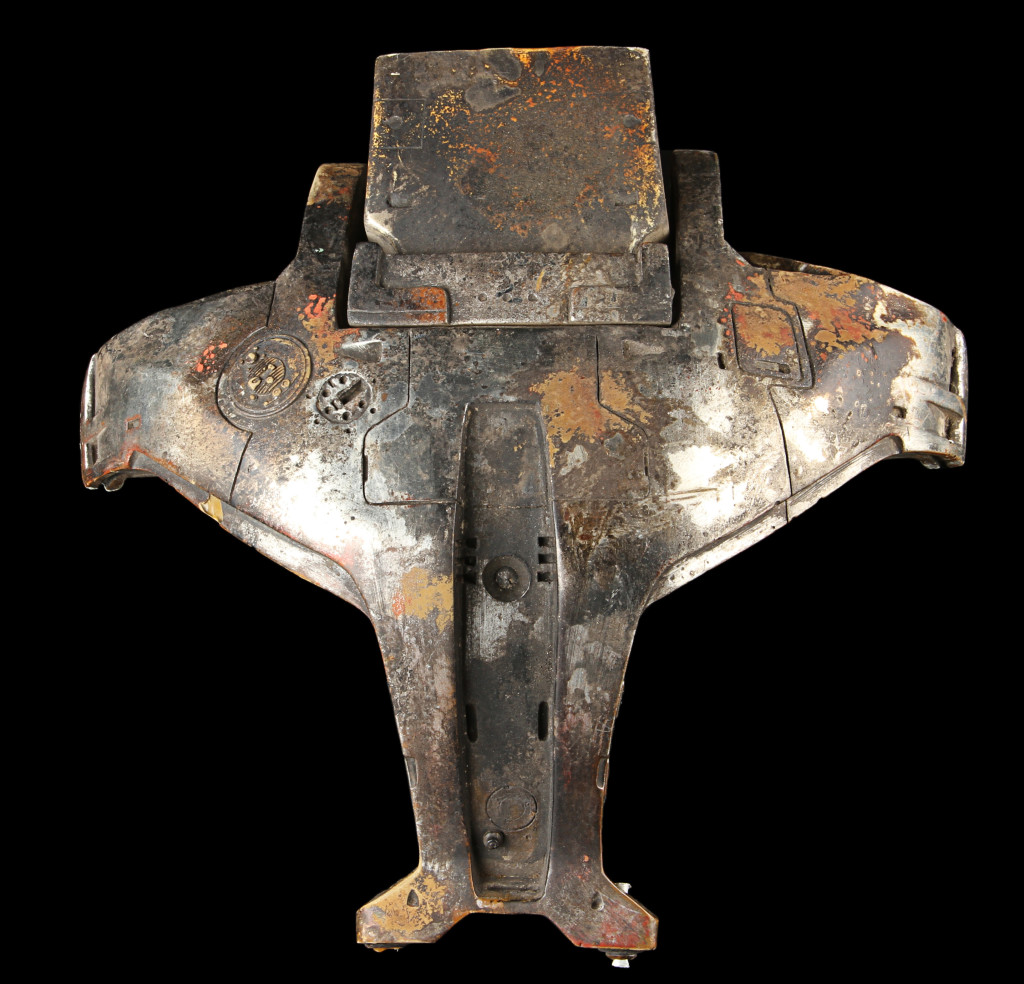 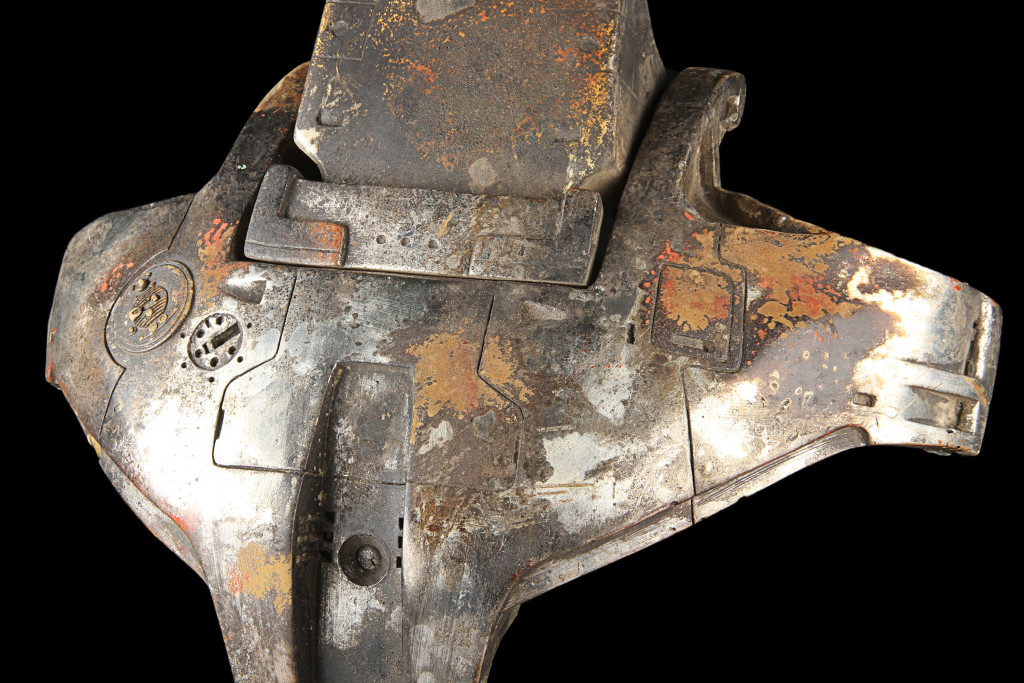 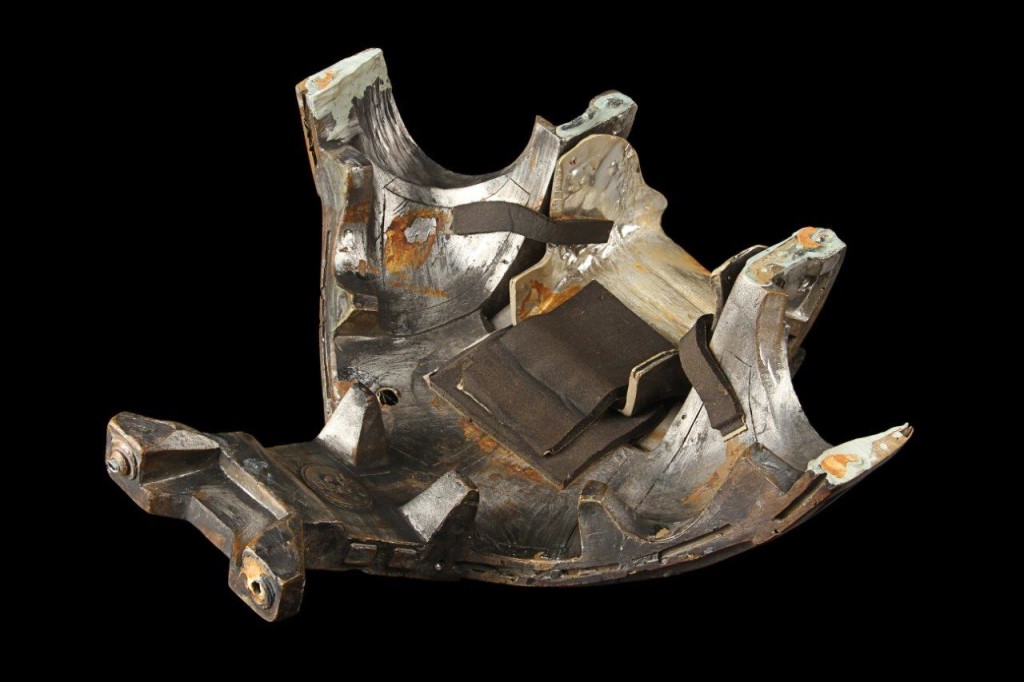 One of the most memorable sequences in Terminator 2: Judgement Day was the flash-forward when we saw John Connor leading the human resistance to ultimate victory against the machines. Battle-scarred and damaged endoskeletons were seen throughout the sequence, including this heavily distressed metallic finish endoskeleton chest plate. 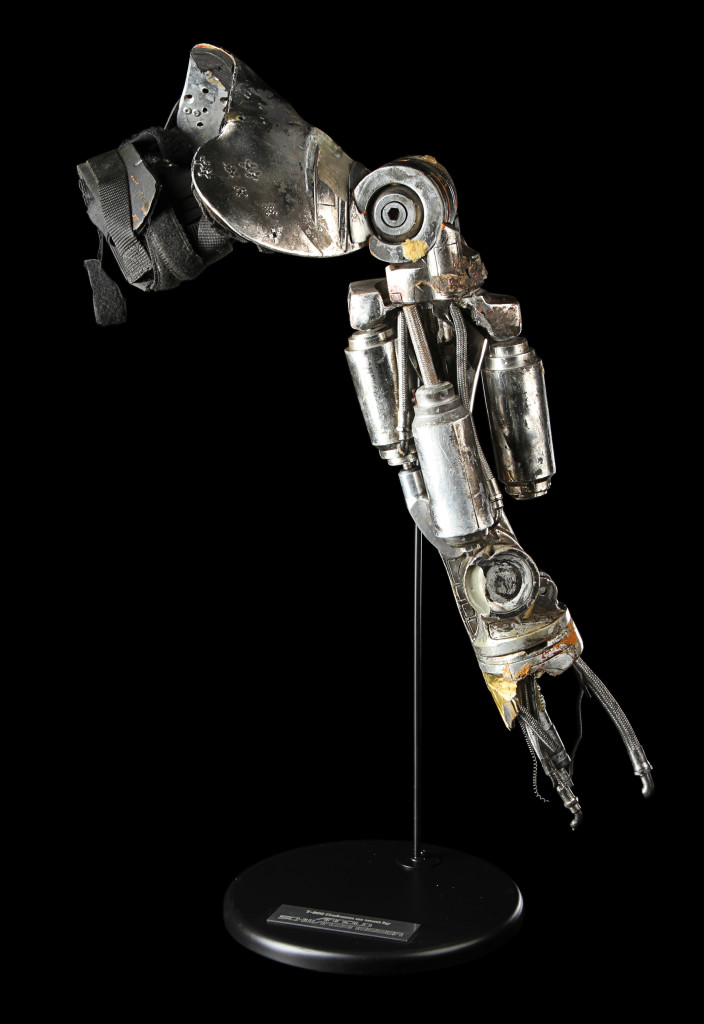 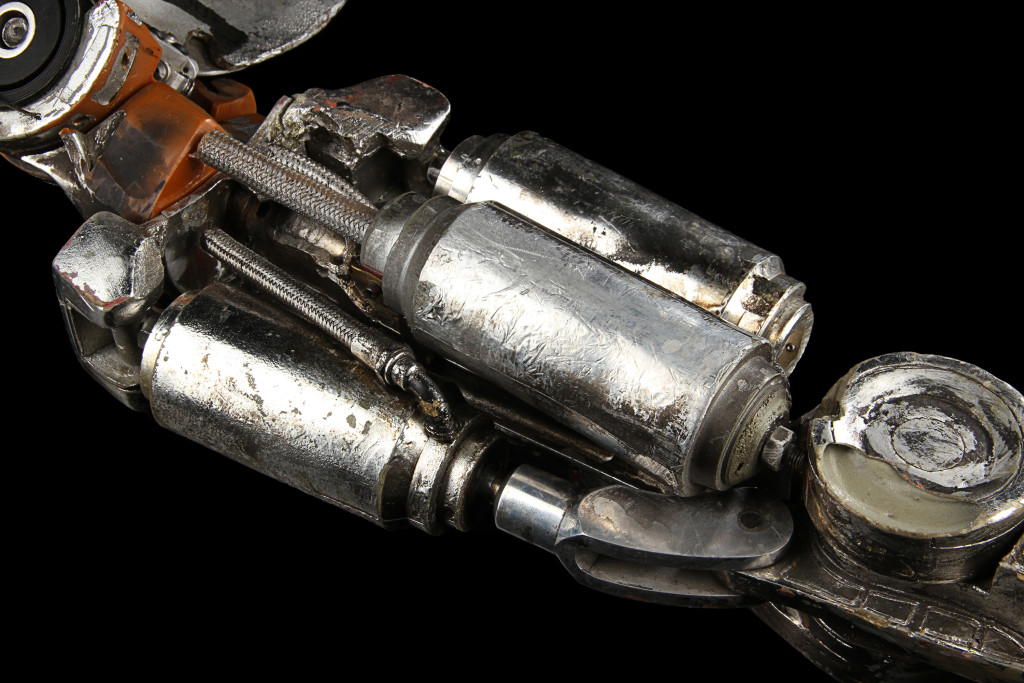 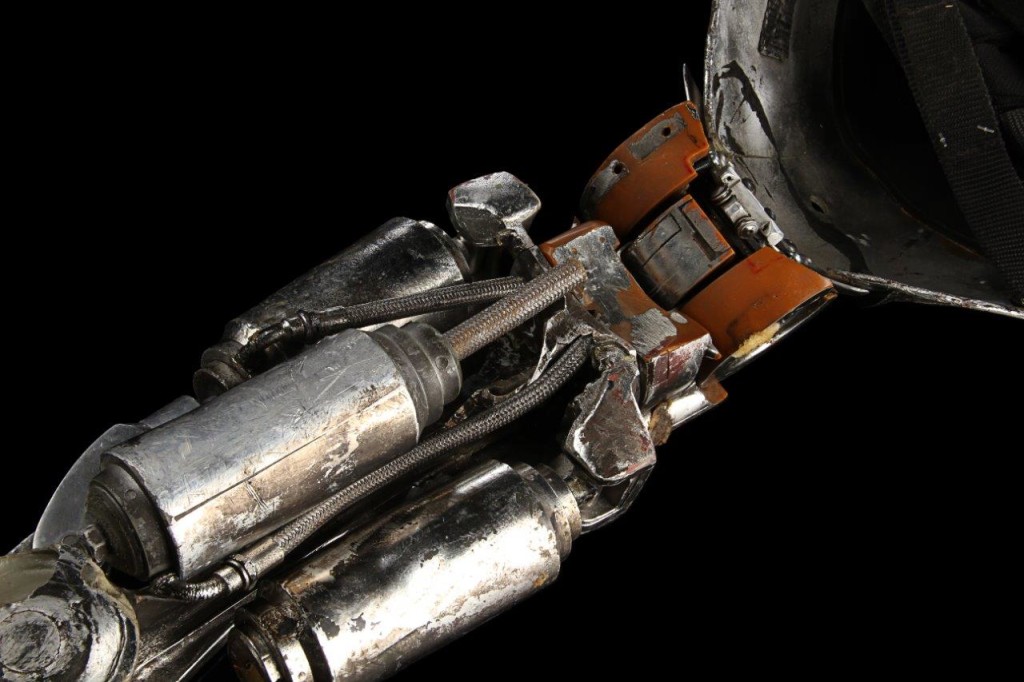 When The Terminator fought the T-1000 (Robert Patrick) in Judgment Day’s dramatic final showdown at the steel mill, he trapped his arm in a cog mechanism and left it in an exposed endoskeleton state. This endoskeleton arm – designed to be strapped to the performer’s shoulder – and is designed to look suitably authentic, with residue on the mechanics to mimic the look of torn flesh. The item is presented on a custom-made stand and a great item to add to any prop collection. 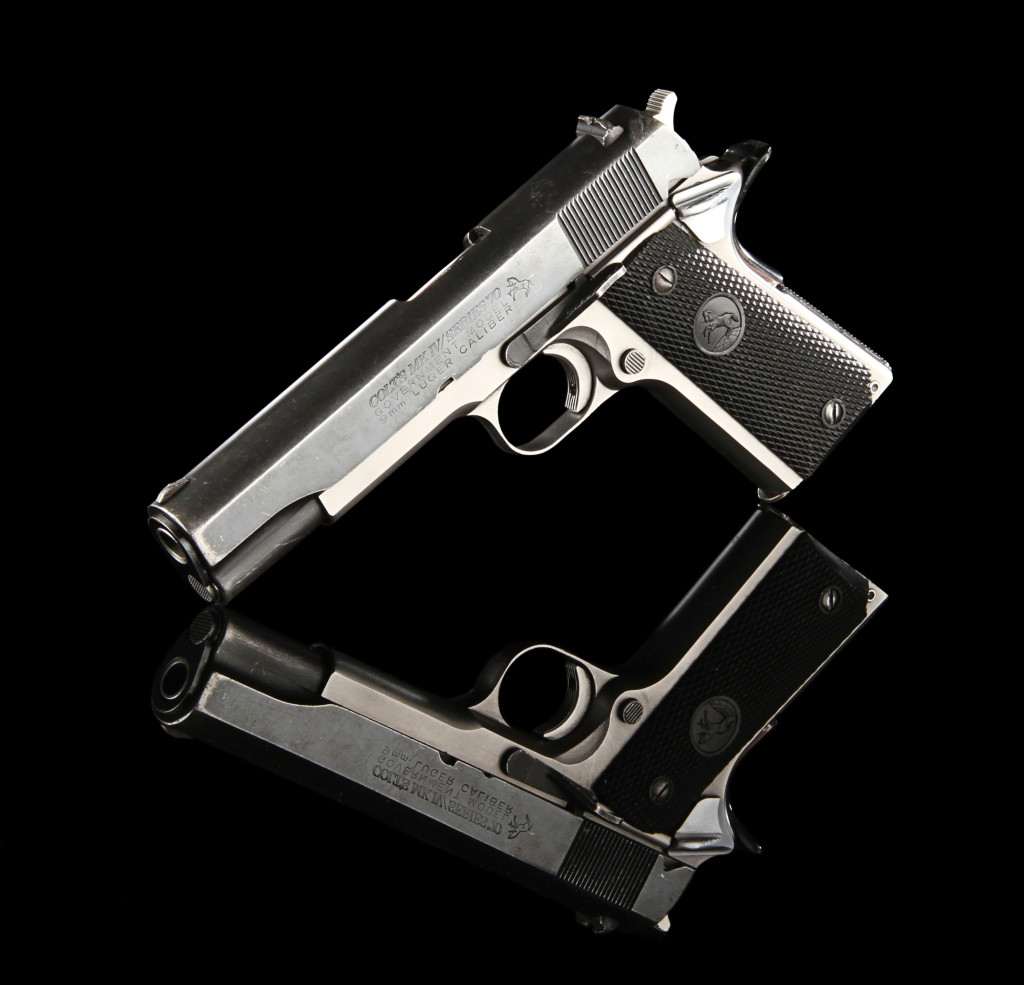 The Terminator’s haul from the biker gang in Judgement Day, at the beginning of the film, also included this ‘hero’ pistol. The Terminator used it to devastating effect, and was also used by Sarah Connor during the escape scene from the mental institution. The pistol is a composite weapon, made up of elements from a Detonics 1911-style weapon and a Colt Government Mk. IV 9mm automatic, and has been sympathetically deactivated. 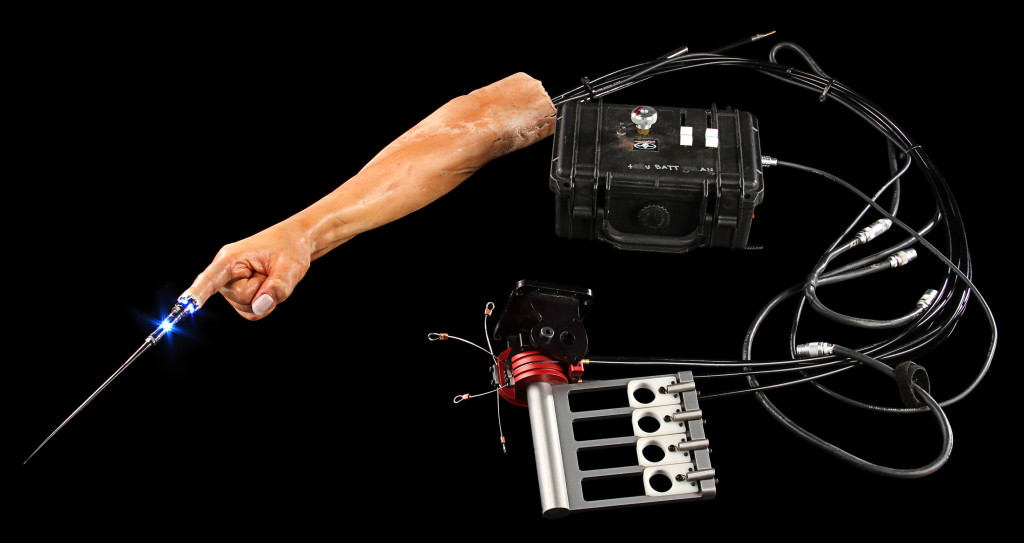 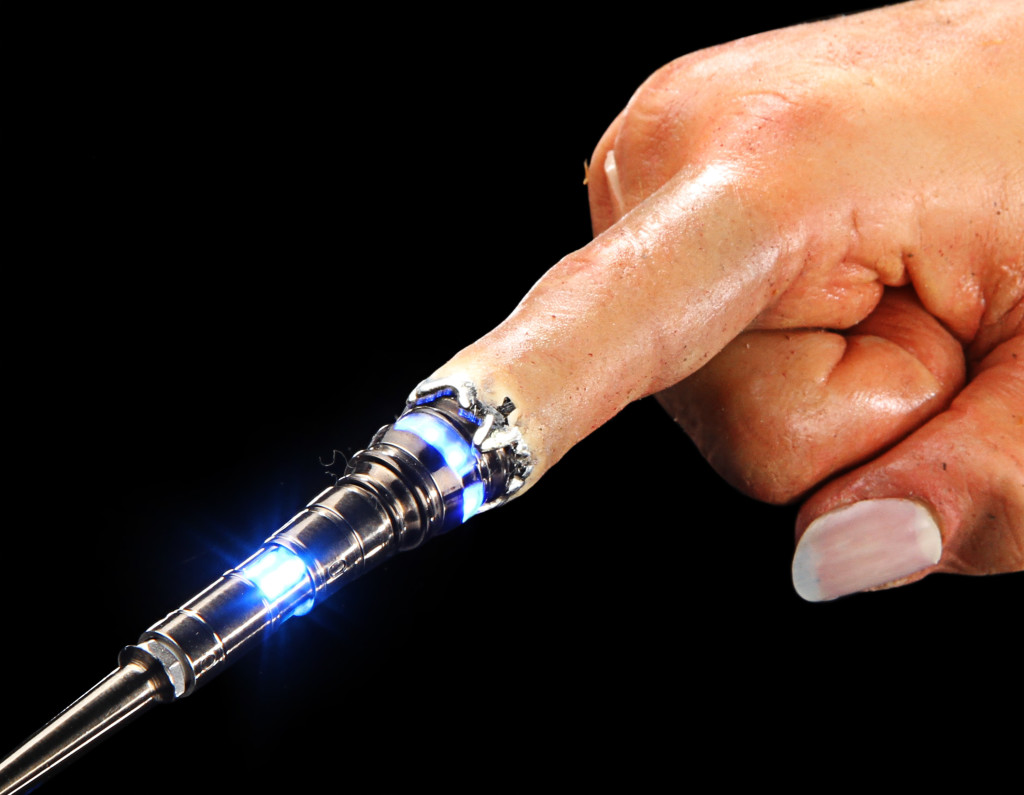 In Jonathon Mostow’s Terminator 3: Rise of the Machines the T-X was a villain in female form, played by Kristanna Loken.  This animatronic arm was created for the character by the renowned Stan Winston Studios (who also created the complete T-X endoskeleton which appeared in the movie), and it comes in an original production-used carry case with Stan Winston Studio markings. The T-X used her arm device throughout the movie to override and control other machines and electronic systems. Cables in the arm controlled a robotic fingertip with blue LEDs and a spike extension, as well as life-like movement in the index finger and wrist.

All of these amazing Transformer lots will be available in the upcoming Prop Store Entertainment Memorabilia Live Auction, so Register Now to make sure you are kept up to date will all the latest auction information and more! And don’t forget to check back at the Prop Store Blog every Monday and Friday leading up to the Live Auction to get more exclusive sneak peeks of what’s to come in one of Europe’s largest and most exciting film and TV memorabilia auctions.