When it comes to relationships, many would say that blood is thicker than water. However, for Sarah Connor and her T-800 guardian, affectionately nicknamed “Pops,” a tripled-armored, hyper-alloy, chip controlled combat chassis serves as the foundation for a lasting relationship. With Terminator Genisys, the legacy of the classic science fiction franchise is used to build an alternate timeline that finds Sarah Connor being prepared and protected by her very own T-800… 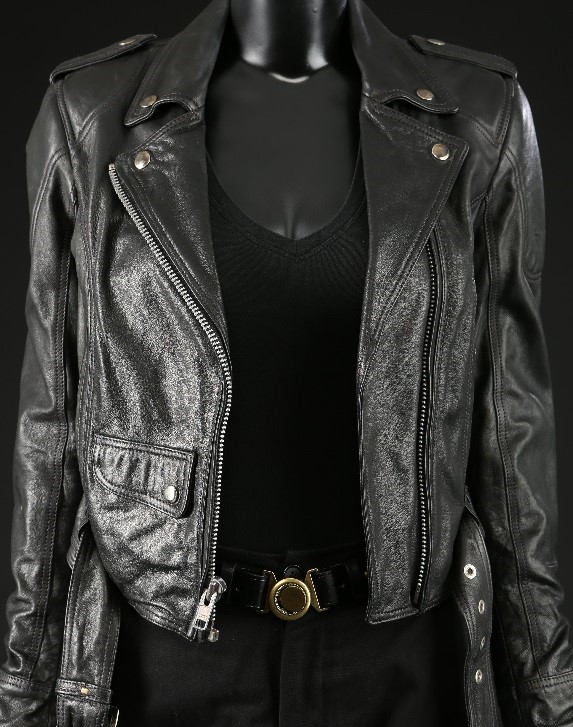 Early in the film, Sarah’s strong bond with the T-800 is shown as they work together to destroy enemy Terminators by luring the machines into an acid laden-trap. Sarah destroys the hostile machines while wearing a stylish leather jacket that shows she was definitely raised under the influence of a T-800. The jacket is paired with tactical pants in keeping with the military aesthetic shown by Sarah Connor throughout the Terminator series. The sleeve of the jacket is distressed with a hole representing the spot where acid dripped from the ceiling onto Sarah’s arm. 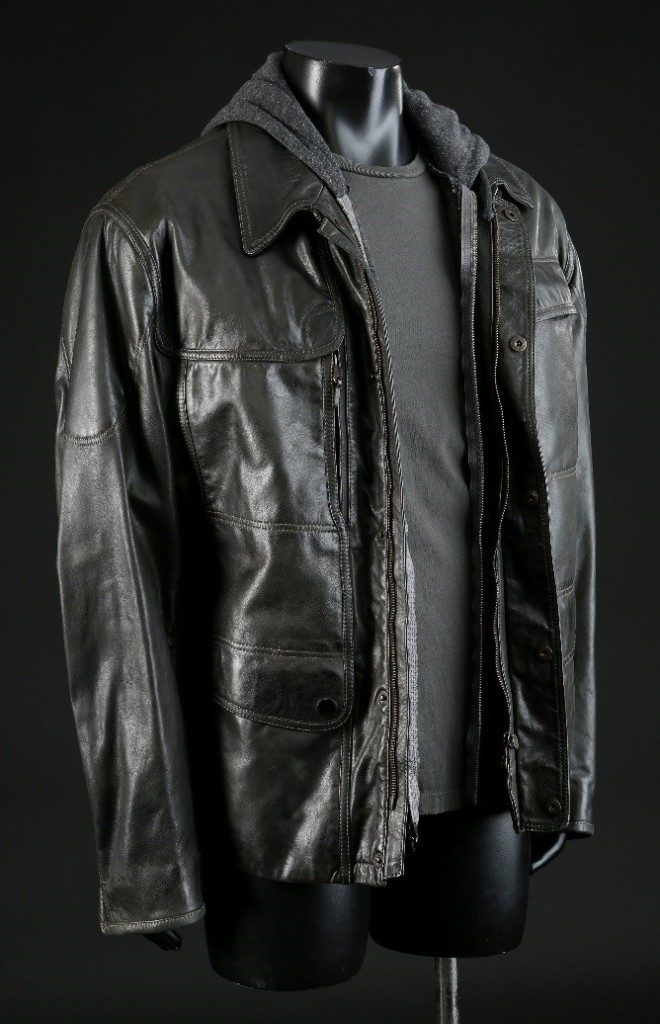 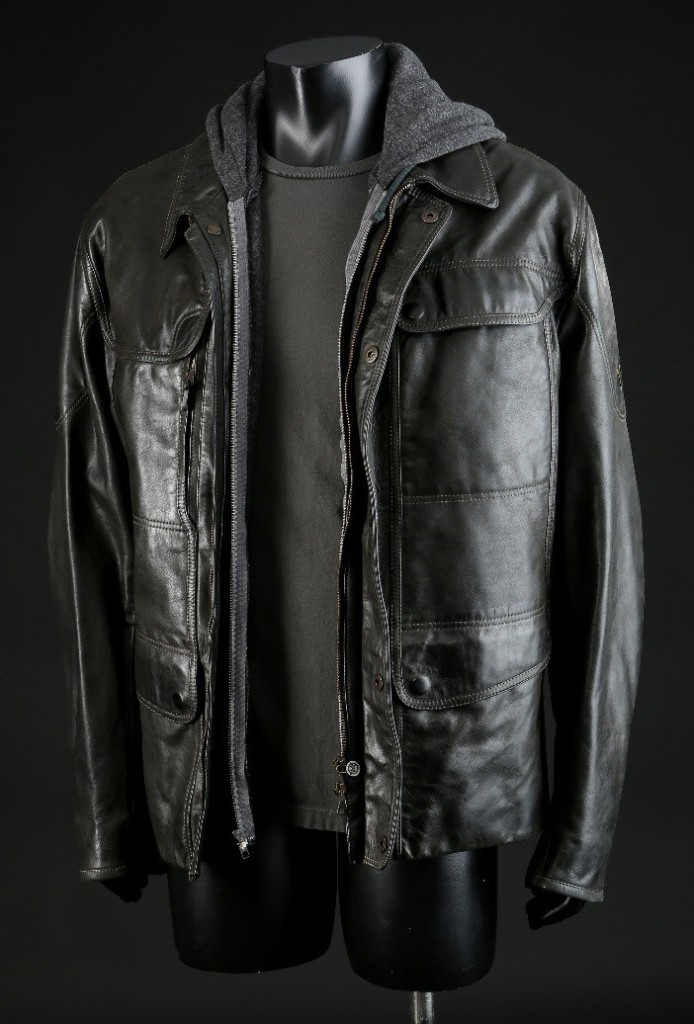 “Pops” may be built to kill, but he is also capable of carrying out his programming while remaining in fashion. When rescuing Kyle Reese (Jai Courtney) via armored car, for instance, Pops wears leather jacket reminiscent of the style choice made by the T-800 in Terminator 2: Judgment Day. However, with the influence of Sarah, it is safe to assume that this jacket was obtained without the occurrence of a bar fight. This leather jacket is marked with ‘Guardian’ on its tag and is paired with a t-shirt. 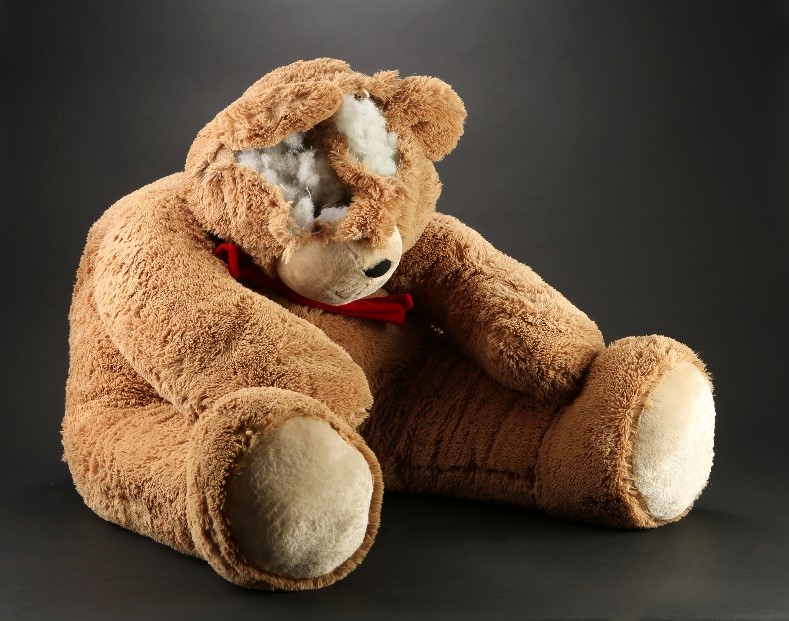 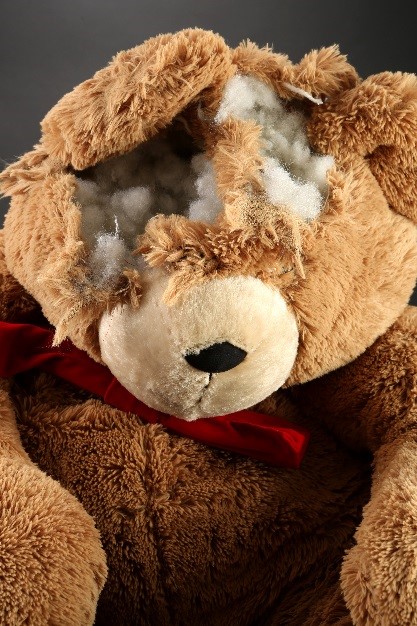 Having a normal relationship is hard when you have been raised by a robot from the future in order to survive the eventual demise of human civilization. This is made evident when Pops visits Sarah Connor at the hospital with a teddy bear. Of course, this teddy bear has been modified to be more suited as a gift from a T-800. Just as the Connors have a family reunion, Pops emerges to shoot John Connor using a shotgun concealed within the teddy bear, revealing John to be an advanced T-3000. This teddy bear is distressed to appear as though buckshot riddled and serves as an endearing symbol of the relationship between girl and machine. 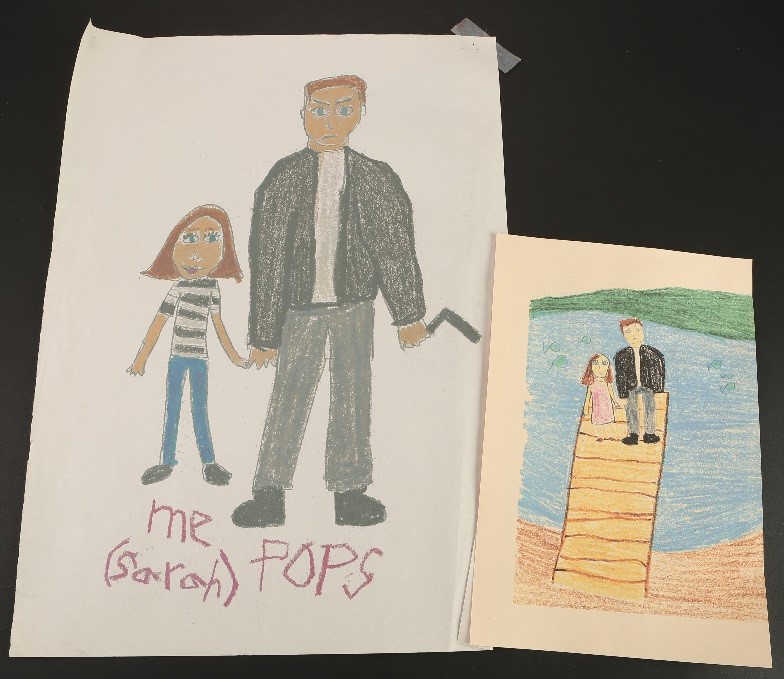 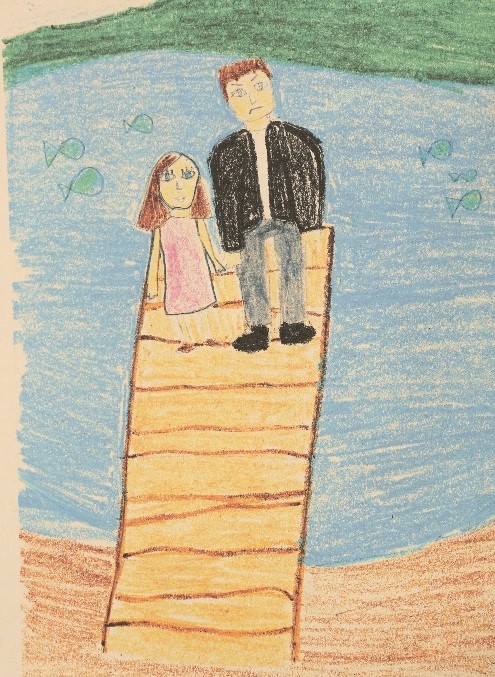 Though the T-800 is not completely unfamiliar with the occasional social cue or comedic catchphrase, a deep level of emotional bonding is hinted at between Pops and Sarah Connor. While visiting Pop’s bunker, Sarah notices a drawing hanging on the wall that she made for her guardian as a child. This printed drawing shows a young Sarah and an armed T-800 holding. Importantly, this drawing hints that the T-800 has formed some type of sentimentality during his time with Sarah. These copies served as alternates to the one that appears in the film. One drawing closely resembles the version used on screen but has each character labeled while the other shows Sarah and the T-800 near a lake dock.

These lots and many more are currently open for bidding in Propstore’s Terminator Genisys Auction, which ends on Friday, May 12th. Thank you for joining us for our Terminator Genisys blog coverage and be sure to check out our other articles in this auction series – happy bidding!

Share
Related Articles
30.08.2016  |  Auctions
Propstore Live Auction 2016 Presents… Terminator
Welcome to this week’s preview to our Propstore Live Auction on 27th September 2016 will be focusing on one of the most iconic sci-fi series to ever grace modern cinema screens – Terminator…
05.05.2017  |  Auctions
Propstore’s presents… The Terminator Legacy
As the fifth film in the franchise, Terminator Genisys integrates characters, plot elements, and, most importantly, props from the past to tell a new version of the ever-changing Terminator timeline. Take a look now at some of the items in our Terminator Genisys Auction that relate back to the series’ beginnings…
07.04.2020  |  Uncategorized
An Actor in 5 Props | Arnold Schwarzenegger
In our new blog series, we’re delving a little deeper into what makes some of our favourite movie characters and actors so iconic. From coloured frocks to over-sized props, each month we’ll take a deep dive and look at 5 movie props that made our chosen actors’ careers and character what they are today.
11.08.2017  |  Auctions
Propstore Live Auction 2017 Presents… Cult Movies
Welcome to the second of our weekly Preview Blogs for the Propstore 2017 Live Auction.  Today’s theme is Cult Movies. In time honoured fashion, the selection of movies is very diverse, so hopefully one of these films or series might appear on your own personal list of favourite films…
Sign up to be in the know