Some of the most iconic, inanimate stars of the big screen will be going up for auction in London on 23rd September 2015. From Leonard Nimoy’s Spock Costume, to Christopher Reeve’s Superman Tunic, extraordinary collectibles from film and TV will be exhibited for free at the BFI IMAX at London Waterloo, before going under the hammer in an exclusive Prop Store auction expected to exceed £1 million.

Held in partnership with ODEON Cinemas, the Prop Store Entertainment Memorabilia Live Auction will be attended by collectors from across the globe – in person, online and by telephone, as fans bid for a chance to claim iconic pieces of cinematic and televisual history.

From a Stormtrooper Blaster from Star Wars: A New Hope, expected to fetch up to £20,000, to a Knights of the Round Table helmet from Monty Python and the Holy Grail (estimated to reach £200 – £300) the auction has pieces to suit everyone! 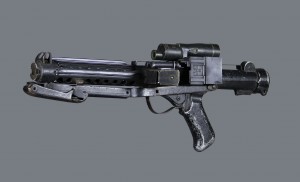 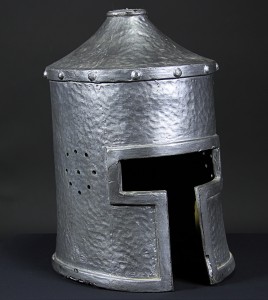 The headline lot of the event has to be Leonard Nimoy’s original Spock Costume from Star Trek (1966). Anticipation for this lot is high and, with significant buzz surrounding the sale, it’s expected that Spock’s immediately recognisable science officer outfit will reach £50,000-£70,000.

The excitement doesn’t stop there. With over 250 props on show at the BFI IMAX from 9th September, and with over 470 exciting lots going under the hammer on 23rd September, visitors and collectors alike will discover a smorgasbord of props, costumes, memorabilia, scripts and collectibles from their favourite productions, all up for grabs. 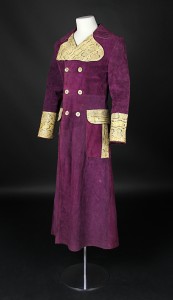 This auction is rich in lots which define some of the most memorable characters in film and TV history. Captain Jack Sparrow’s Sword from Pirates of the Caribbean: Dead Man’s Chest will be going under the hammer alongside Hugh Jackman’s Wolverine Claw Set from X-Men 2, and a coat worn by Malcom McDowell in the role of the ultraviolent Alex from Stanley Kubrick’s 1971 adaptation of Anthony Burgess’ A Clockwork Orange, offering pieces from modern favourites and cinematic classics alike. 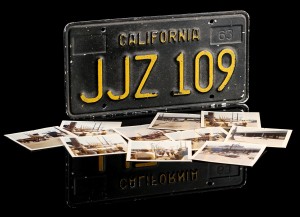 Bid on Frank Bullitt’s (Steve McQueen) License Plate from Bullitt (1968), take a shot at Grays Sports Almanac from Back To The Future Part II (1989), get your hands on James Bond’s (Pierce Brosnan) Hero P99 & Silencer from James Bond: Tomorrow Never Dies (1997) or check out our auction trailer to discover even more incredible collectibles.

We’ll be bringing you more star lots from the upcoming Entertainment Memorabilia exhibition and auction over the coming weeks right here on the Prop Store blog. Whether you’re fan of Lord of the Rings, Star Trek, Star Wars or more, these items are definitely not to be missed!

Visit the BFI IMAX in London to view 250 choice items for free & don’t forget to register for the auction to make sure you’re ready to bid in person, online and via telephone on the big day.

Which lots from the auction are you most excited about? Share your dream pieces of entertainment memorabilia with other fans and collectors on Facebook or Twitter.