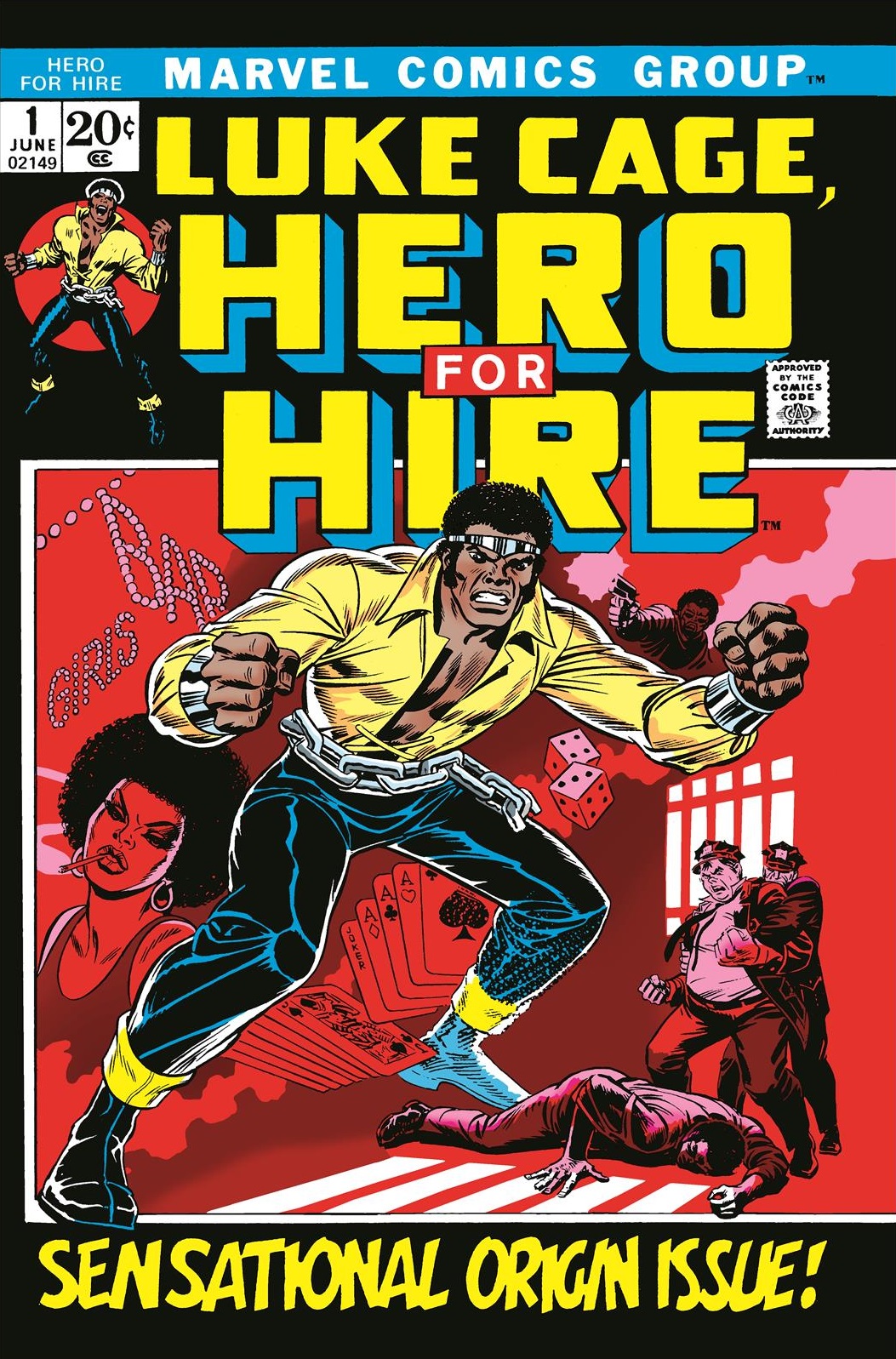 Fast-forward 44 years, to the launch of Cheo Hodari Coker’s TV adaptation, and Harlem’s “Hero For Hire” had a very different, far cooler style, wisely switching the shirt and tiara for a pair of jeans and a hoodie — which, more often than not, would end up pocked with bullet holes. 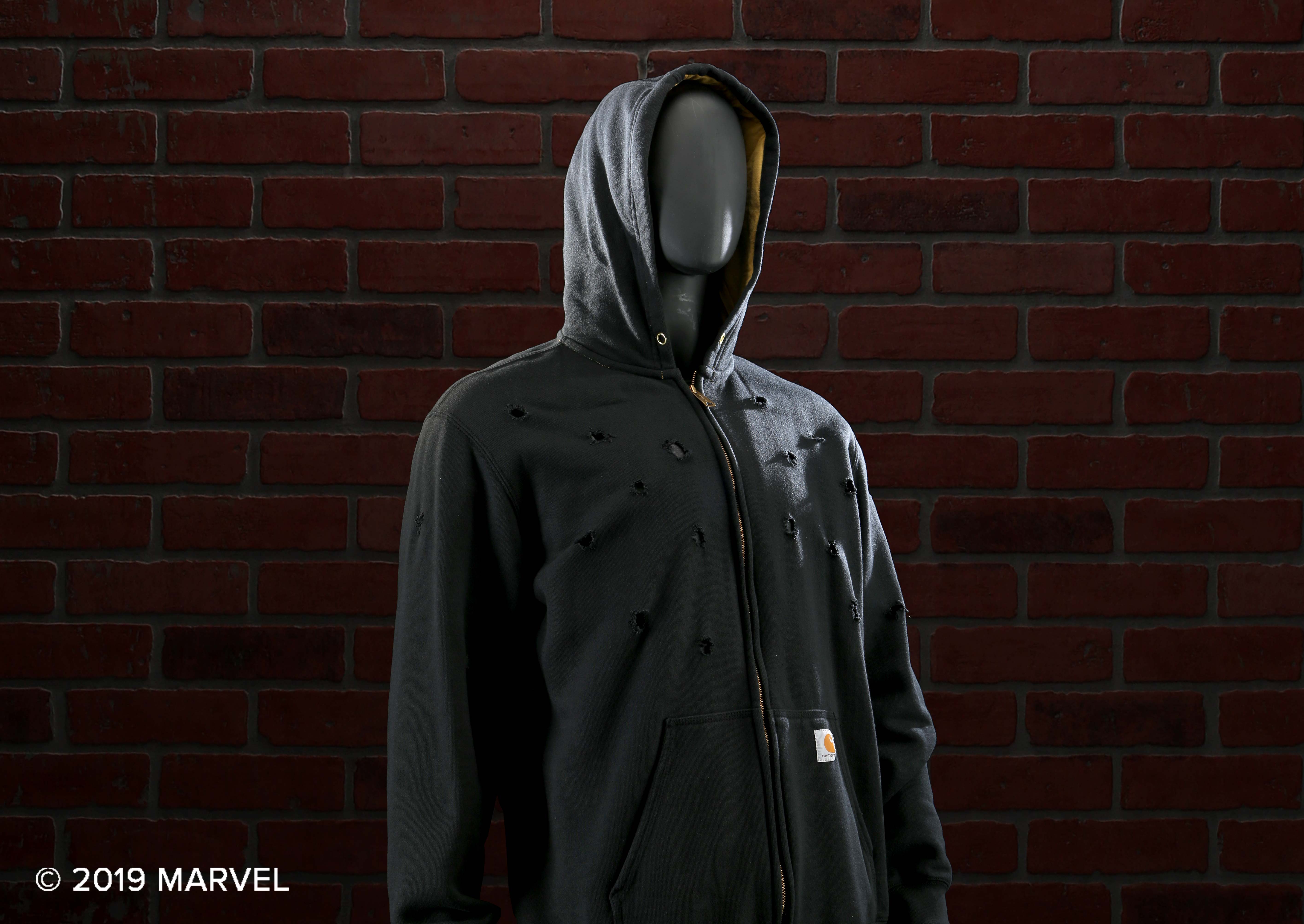 As with previous Marvel-Netflix shows Marvel’s Daredevil and Marvel’s Jessica Jones (in which Mike Colter made his debut as Luke), the tone was gritty and the watchword was realism. Aside from a flashback to Luke’s origin which playfully showed him in a get-up rather similar to his first comic-book appearance — complete with tiara — Coker’s two-season show kept Cage streetwise and relatable. “Luke Cage is a working man’s hero, so we really wanted to dress him in a humble way,” costume designer Stephanie Maslansky told Cultured Vulture. 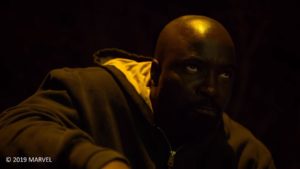 However, neither Coker nor Maslansky neglected the character’s comic-book heritage. Take Luke’s custom-designed hoodie, a number of which are included in Propstore’s exclusive Marvel’s Television Live Auction — bullet holes included on many. The inner lining of the dark hood is gold-yellow, a subtle reference to the shirt worn by his ’70s comic-book incarnation.

“We wanted to figure out a way to incorporate the colors of Luke Cage into his costume,” explained Maslansky. “We knew we wanted him to wear a hoodie… I suggested we line the hood with the color, so that way we’d get a pop, but it is not overwhelming.” To begin with, Maslansky’s tailors added the lining to the hoodies. Now, she says, the brand is making and selling them with a gold lining.

This philosophy — of referencing the comic book but in a relatable, down-to-earth way — extended to other characters in the show. Luke’s first-season nemesis Diamondback (Erik LaRay Harvey) obtained a super-suit to enable him to match Cage blow for blow. Maslansky fashioned this in such a way that it resembled the villain’s green-and-yellow-ribbed comic-book outfit. “I interpreted it as a modified flight suit,” Maslansky told Awards Circuit. “It had to at least look like it was functional and practical.” 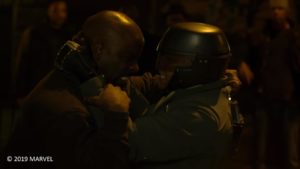 By the second season Luke’s greatest ally, Misty Knight (Simone Missick), finally got the super-strength cybernetic arm she had in the comics, after losing her limb to the swish of a ninja blade during the Defenders crossover show. Though a more overtly sci-fi element than anything else in the show, this was again designed with practicality and believability in mind, though “it’s reflective of the comics, and you have to pay homage,” Maslansky pointed out. 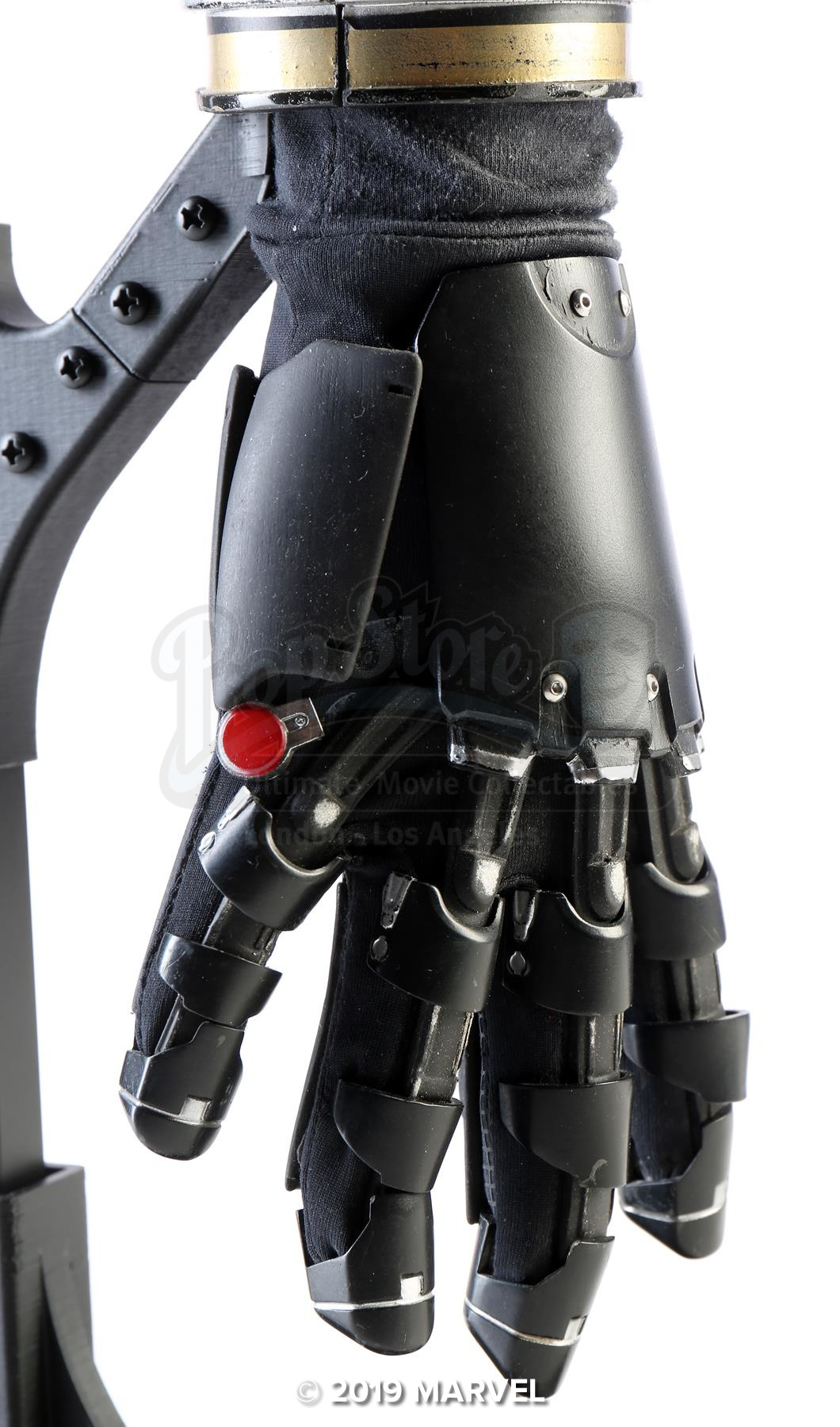 If you look closely, the on-screen Luke Cage style is as present with Misty’s arm as with anything else: its rubber plating is predominantly colored black and gold, much like Luke’s hoodie. Not to mention the Rand Industries logo on the shoulder as the arm was a gift from Luke’s fellow Defender, Danny Rand. As gritty as it got, Luke Cage never forgot its comic-book roots.

Share
Related Articles
05.09.2018  |  Auctions
Top 10 Greatest Comic Book Artists | Highlights from EMLA 2018
Welcome to the next Preview Blog from the Propstore 2018 Entertainment Live Auction. During August and September, we will give you a weekly advance preview of some of the amazing and iconic lots that we have in store for you in this years auction… this week we’re looking at our top 10 greatest comic book artists!
01.11.2019  |  Auctions ,  Marvel
ALIAS INVESTIGATIONS – The History of Marvel’s Jessica Jones
Marvel’s Jessica Jones was a watershed moment in Super Hero entertainment. We’d seen comic book characters tackle real-world issues before, but from its first season debut in 2015, the gritty, edgy Marvel show dug its nails deep into every piece of “reality” that could be approximated around its super-powered star.
14.06.2019  |  Auctions ,  Marvel
PACKING THE PUNCH – The History of Marvel’s Iron Fist
Despite its hero’s supernatural powers and fantastical origin, the props and costumes of Iron Fist reveal how the Marvel-Netflix show stayed gritty and realistic.
20.11.2020  |  Uncategorized
Batman and the Joker | Designing Gotham
In this blog, we are looking into the design of two characters who are the epitome of hero vs. antihero – Batman and his infamous arch nemesis, the Joker – and how over several decades, the look of both has dramatically transformed.
Sign up to be in the know