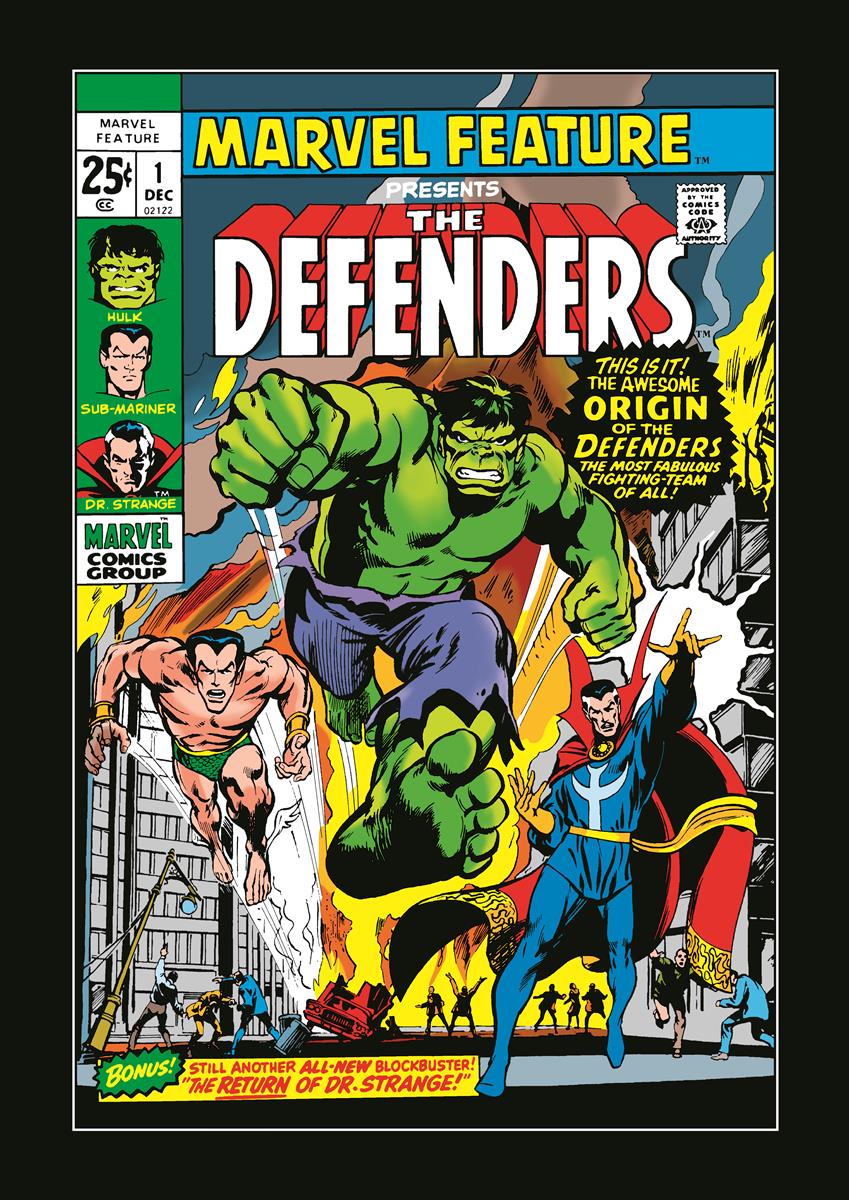 If you first encountered the super-team by way of its onscreen adaptation, you might be surprised by their original lineup. When the group, conceived by writer Roy Thomas, first appeared in 1971, it included sorcerer supreme Doctor Strange, big green rage-machine the Hulk, and half-Atlantean anti-hero Namor the Sub-Mariner. Eventually, other heroes would join their ranks, including Valkyrie, Silver Surfer, Hellcat, and Gargoyle, each sharing a theme: they were outsiders, often quite prickly, usually loners, and pulled together to team up against what were often supernatural, otherworldly threats.

At first glance, this couldn’t seem more different to the streaming-TV incarnation of the group, which pulled together New York-based, street-level heroes Daredevil, Jessica Jones, Luke Cage and Iron Fist to face an ageless threat in the form of assassin cabal The Hand, headed up by Sigourney Weaver’s mysterious Alexandra Reid. But to Marvel Comics’ EVP, Creative Director of Marvel Entertainment Joe Quesada, there was no problem with giving the team name to an entirely different lineup. “To the world at large, no one knows who the Defenders are. So the idea of taking the concept and name and applying it to [the Marvel streaming shows] feels wholly natural.” 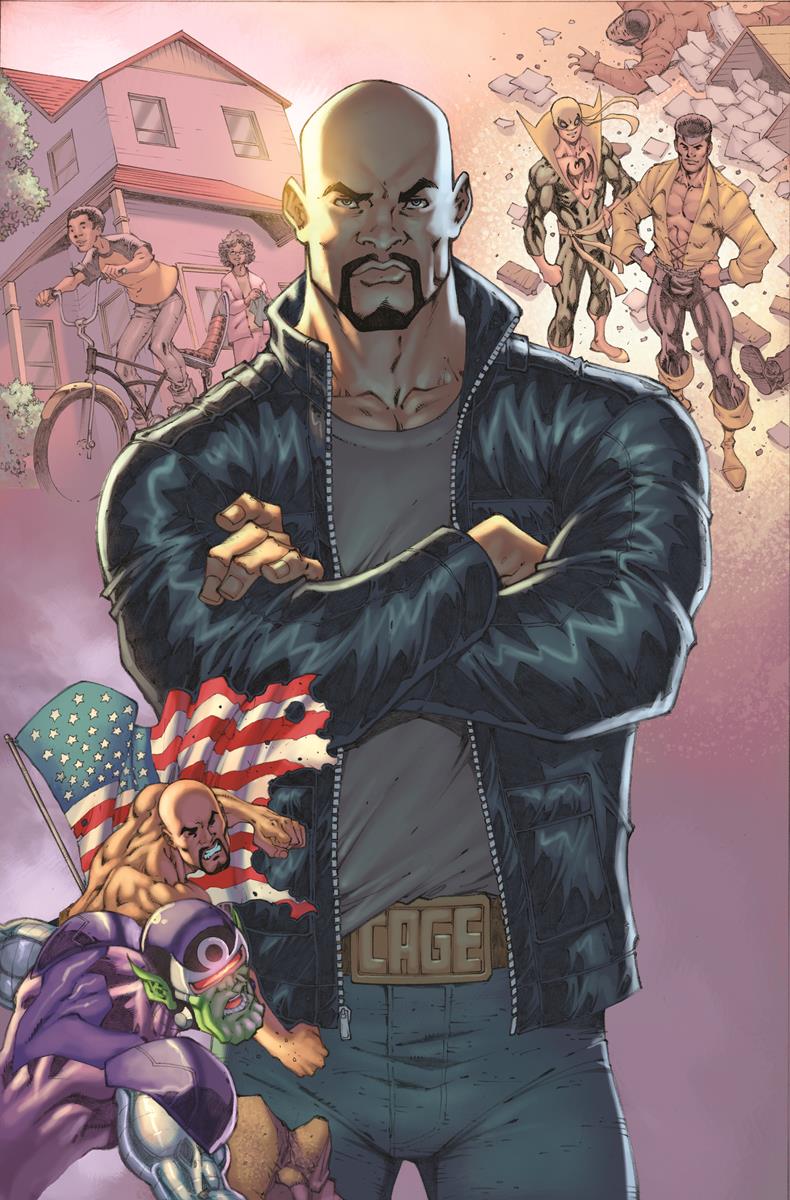 As it turned out, the name was a good fit. Together, these heroes were defending their city rather than the whole universe, which is no less relatable a motive. And they are all certainly outsiders in their own ways, happy working alone (despite the occasional previous crossover, most notably between Jessica and Luke).

Each is distinct and individualistic, with each series exhibiting its own inimitable style. Marvel’s Jessica Jones had its steely-blue tones and sleazy gumshoe vibe; Marvel’s Daredevil was built around long, single-take action scenes and drenched in red; Marvel’s Luke Cage came decked in gold-yellow, with cool musical interludes; and Marvel’s Iron Fist brought with it some green-tinged martial-arts mysticism. 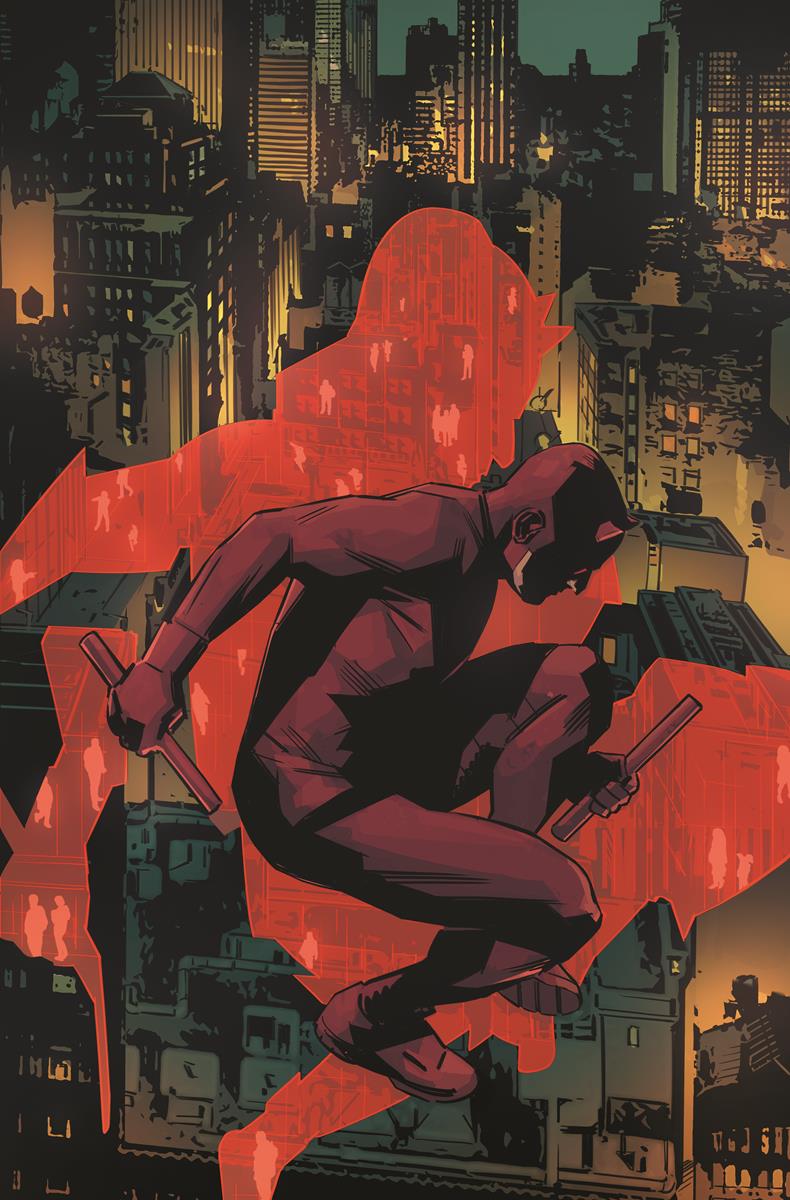 These unique differences presented showrunner Marco Ramirez and his Marvel’s The Defenders’ creative team with a challenging question: how to unite four different heroes from their own shows into an aesthetically pleasing whole? S.J. Clarkson, director of the first two episodes of the mini-series, took a smartly balanced approach. “What I wanted to do was set up each of them with their own worlds and color palettes that were very true to who they were,” she told CBR.com. “And then, tonally, the way we filmed it was to start to twist them all towards one direction. I was very keen on how we did the transitions, and how we moved from one character to the other… I tried to do transitions that connected them.”

It was just as important to give the show’s formidable antagonist Alexandra her own distinct look, that would enable her to stand out sharply from the heroes she faced. What the enigmatic and manipulative Alexandra brought to the series’ varied palette was the color white, with some metallic and earthy elements, realized via striking costumes designed by Stephanie Maslansky (who had worked on the first seasons of all the other shows). “I wanted her clothing to convey mystique and history,” Maslansky said. “It has an ancient quality to it… Is she a warrior? Do the clothes convey a perception of armor or protection? Is there a metaphorical sense of being rooted to the earth for her? I hope so.” 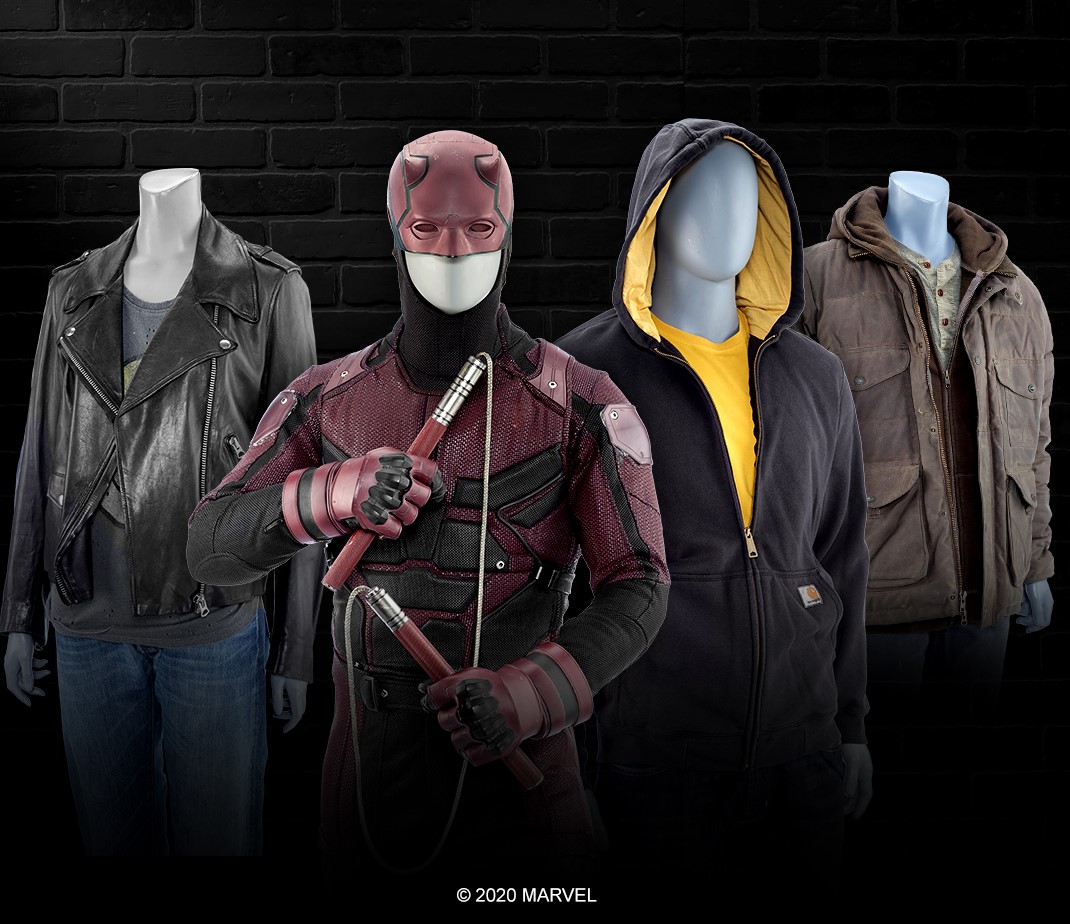 Throughout, however, Maslansky never lost sight of the fact that these shows all had their feet planted firmly in the streets. “The whole premise of [Marvel’s The Defenders] is rooted in a really gritty, authentic New York City,” Maslansky noted to Uproxx in August 2017. “They’re called street-level superheroes, so they do really reflect the street, and to a certain degree, the clothes that they wear every day become their superhero costumes.” In fact, in order to keep continuity between all the series, costume and prop assets from the separate shows were borrowed for Defenders, ensuring that the heroes looked the same from series to series.

They’re as much an awkward gang of outsiders as the 1971 comics version — and just as colorful, too, in their own way — but unlike Doctor Strange, The Sub-Mariner, or The Hulk, you wouldn’t exactly mind heading out in their threads. In fact, much of their dramatic strength is found in their flawed relatability. Very few can relate to the rich and powerful Tony Stark, with his unlimited resources and endless supply of high-tech weapon suits. But, maybe on our best days, we can all imagine zipping up our hoodies and favorite jackets, and fighting for the little guy in our way. One step at a time.

Share
Related Articles
04.06.2019  |  Auctions ,  Marvel
A NEW LUKE – The History of Marvel’s Luke Cage
When Luke Cage first appeared on the pages of Marvel Comics in June 1972, he was heralded as “A strangely unique super-hero.” By modern sensibilities this was a rather clumsy way of highlighting the fact that the brawny, bulletproof, Harlem-based crime fighter was the first African-American hero to ever be given his own title. But […]
01.11.2019  |  Auctions ,  Marvel
ALIAS INVESTIGATIONS – The History of Marvel’s Jessica Jones
Marvel’s Jessica Jones was a watershed moment in Super Hero entertainment. We’d seen comic book characters tackle real-world issues before, but from its first season debut in 2015, the gritty, edgy Marvel show dug its nails deep into every piece of “reality” that could be approximated around its super-powered star.
14.06.2019  |  Auctions ,  Marvel
PACKING THE PUNCH – The History of Marvel’s Iron Fist
Despite its hero’s supernatural powers and fantastical origin, the props and costumes of Iron Fist reveal how the Marvel-Netflix show stayed gritty and realistic.
04.12.2019  |  Auctions ,  Marvel
SHADOWS IN HELL’S KITCHEN: The Villains of Marvel’s Jessica Jones
Across three seasons of the groundbreaking series Marvel’s Jessica Jones, the eponymous damaged heroine had to face some true demons, from a mind-controlling creep, to a full-on serial killer, to her own mom. In their own way, each of these antagonists reflects how showrunner Melissa Rosenberg and her team brought Jessica from the more heightened […]
Sign up to be in the know