In The Beginning, There Was Mikey

For many of Rick Baker’s fans, he will always be indelibly linked to the many alien creatures he brought to life for the Men In Black franchise. In the second part of Prop Store’s ten part blog series on the Rick Baker: Monster Maker Auction, we are going to take a closer look at what is quite possibly the most significant alien creation in all of Baker’s work on the Men In Black films because it is the first one that took movie goers’ breath away when they saw him on screen.

This film-used costume was mounted for display in the Cinovation Studios display room where it had remained since filming until this momentous auction. Featuring incredibly detailed design, the display has been stabilized into a static pose that highlights his impressive wingspan and his signature flippers, but the original mechanics that controlled the flippers are still housed within the head and the back of the costume. As an aside, the human head that Mikey wields on a pole as part of his “Jose” disguise can be found in lot 203. Mikey’s Human ‘Jose’ Head, Post and Worm Guy, where a worm guy holding up the pole completes the display. 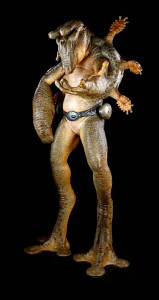 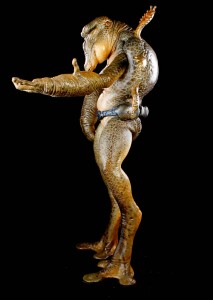 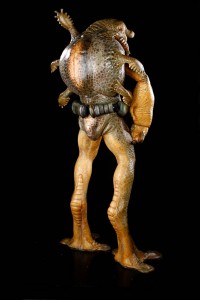 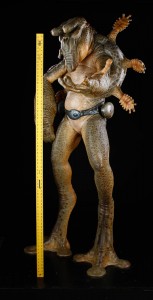 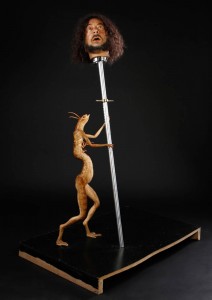 So before you view the featured video below, get ready to put up your bidding paddles, your hands and all your flippers so you don’t miss your chance to own this incredible piece of film history!

For a look at more incredible pieces direct from Baker’s Cinovation Studios, check out our interactive catalog and the video trailer for the auction.