When it comes to manufacturing scares, the horror genre has many tools in its box. Some of which are literal tools.

Sure, a great horror can make us uneasy with a growing sense of dread at something unholy lurking in the dark. Or it can make us recoil at its hideous monsters and the atrocities they inflict on their victims. Or make us jump out of our seats in shock, often at nothing more dangerous than a startled cat. But many horrors also inject their scares by doing nothing more complicated than giving their murderous antagonists a weapon — often something quite everyday, that you’d find in most tool sheds.

After all, a striking weapon really helps seal a horror villain’s iconic status. They need to stand out from the blood-streaked crowd, and while a battered hat or a turned-inside-out William Shatner mask is often enough, it certainly helps ram the murderous point home when an instantaneously recognizable weapon is hefted in their hands. A chainsaw perhaps. Or an axe. Or a machete.

Every weapon represents a promise, too. A tension-racking promise of horrible, brutal violence, which could be seconds away. Just the sight of a glinting blade in a slasher-killer’s hands is often enough: we know somebody — likely several people — aren’t going to live to see the sun rise. 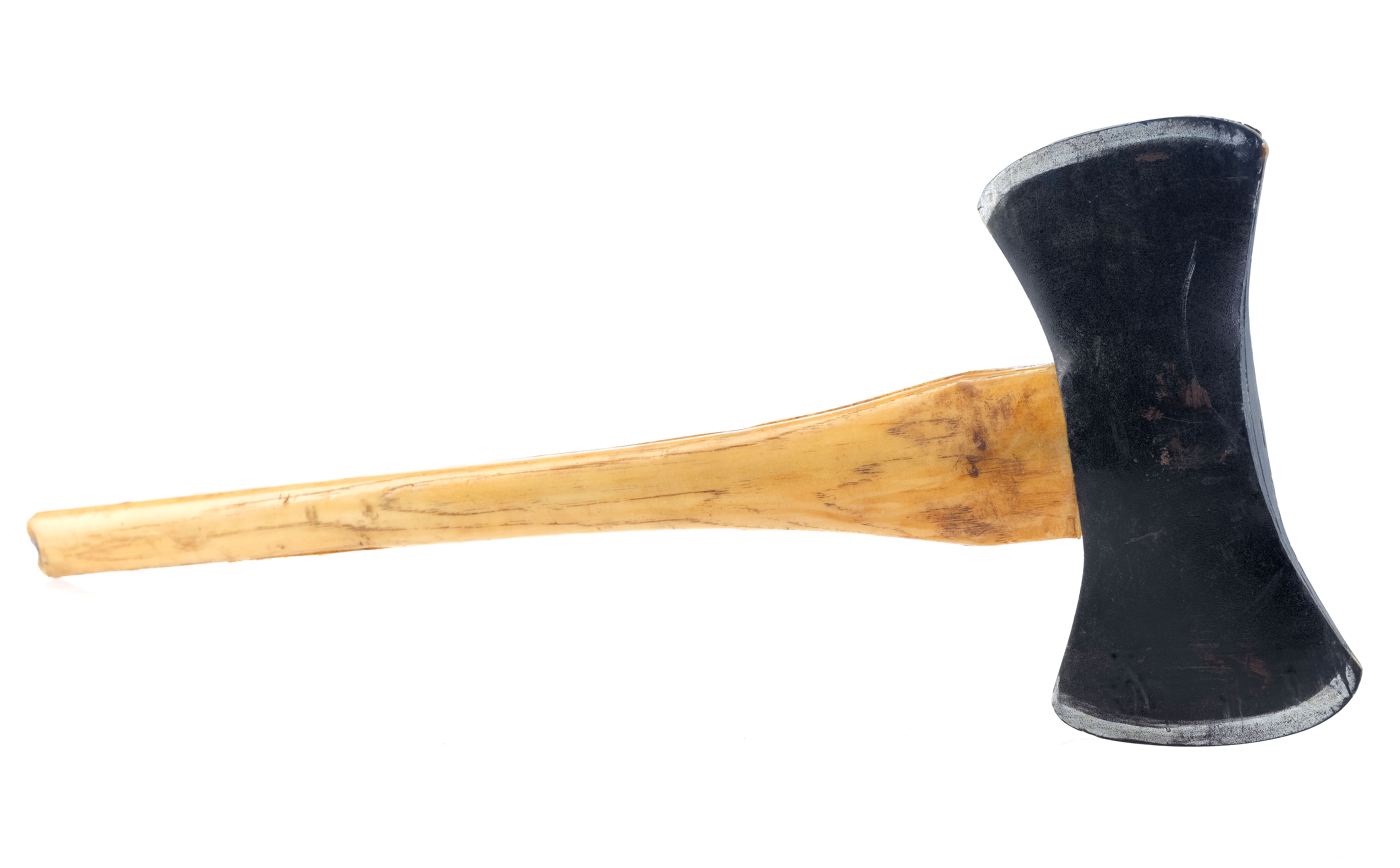 Finally, the everyday nature of most of these murder weapons only rams home modern horror’s most chilling subtext: that, without their masks, many of these shadow-dwelling predators could be anybody. Living next-door. Working down the local power plant. Your own dad. Unlike the monsters of classic horror who came with blood-sucking fangs or wolf-claws, these modern monsters are, in a sense, DIY projects, forging their implements of death in boiler rooms, or simply pulling them from a kitchen drawer.

Excitingly, in this year’s Entertainment Memorabilia Live Auction, Propstore has gathered four of the most iconic horror weapons of them all…

Undead stalker Jason hasn’t exactly been picky with his murder weapons. Ever since his first spree in Friday the 13th Part 2, he’s made use of pitchforks, axes (including one also featured in this year’s auction, from the 2009 Friday the 13th remake), hammers and even a vat of liquid nitrogen. But the weapon he’s returned to more than any other is his trusty machete.
It is the ideal weapon for Jason. After all, given he’s so physically imposing, it makes sense to arm him with a blade that makes most others look like butter knives. Long, broad and heavy, there really is no messing with a machete. 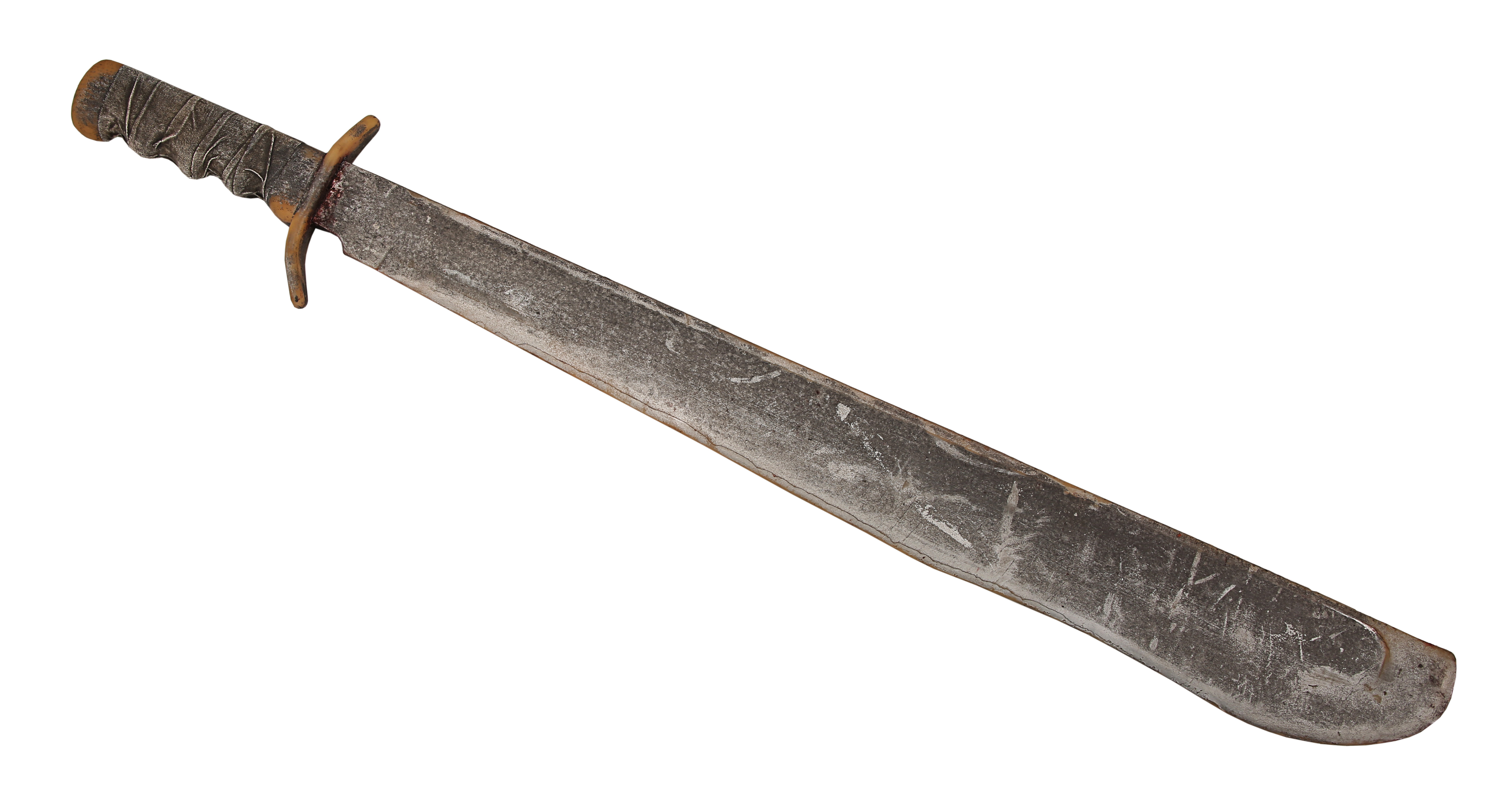 Of all the weapons featured here, Freddy’s glove is the most fantastical. But director Wes Craven was determined to give his dream-stalking child-killer something that was not only different from other slasher weapons, but which also tapped into a “primal fear which is embedded in the subconscious of people of all cultures” — in this case the fear of being rent open by animal claws.

Craven also instructed his mechanical special effects designer Jim Doyle to construct this clawed glove in such a way that, as Doyle recalled, it would look like “something that someone could make who has the skills of a boilermaker.” So, with Doyle fixing upside-down steak knives to the tip of each finger, the result was not really fantastical at all, but brutally utilitarian — and brutally effective. 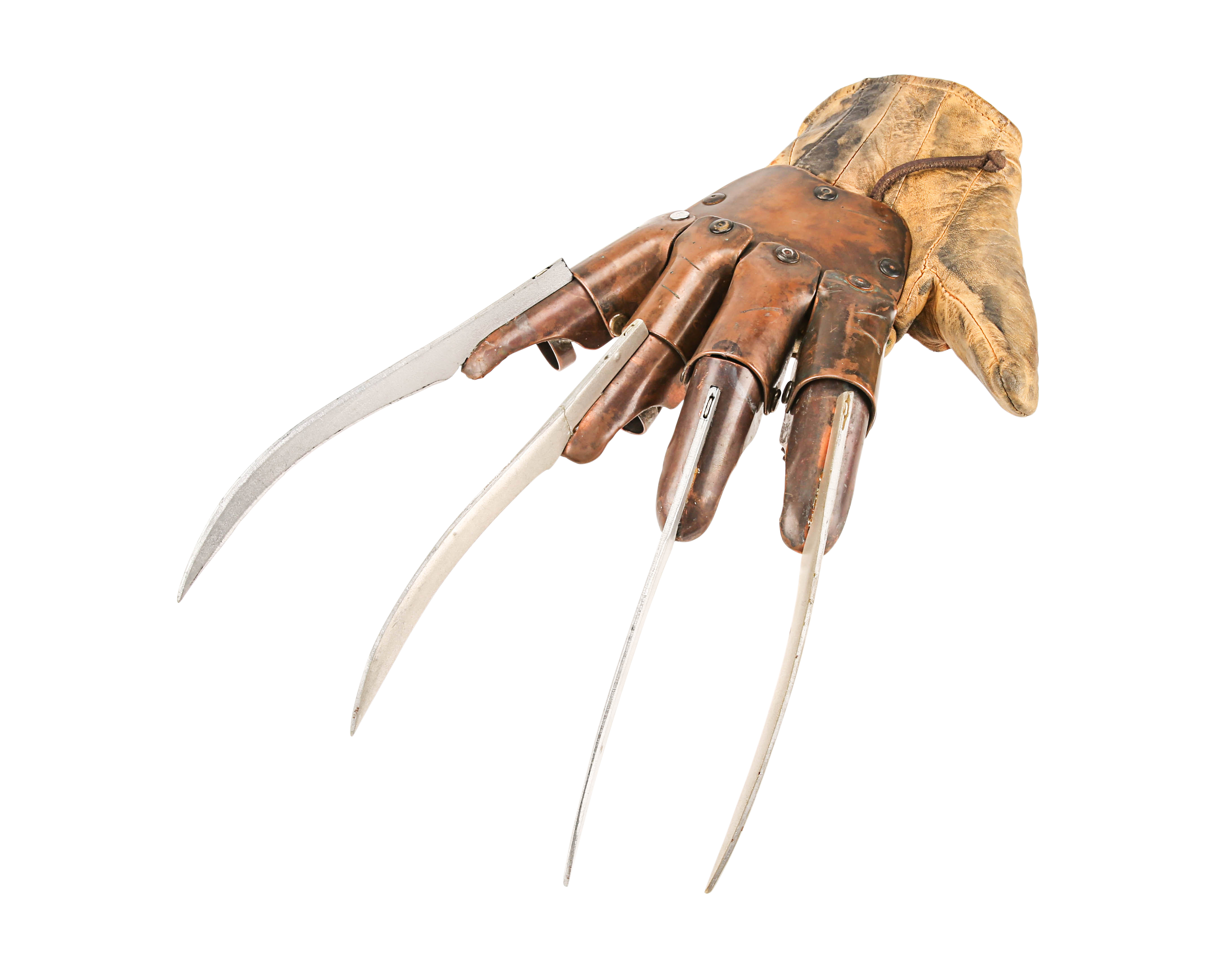 The fireman’s axe used by the psychotic Jack Torrance (Jack Nicholson) in Stanley Kubrick’s horror masterpiece The Shining is arguably horror’s greatest ever weapon — even though it was responsible for only one on-screen death (poor old Dick Hallorann). This is down to its presence at the heart of one of the genre’s best-known scenes, once voted its scariest, where the crazed Torrance uses it to hack through a bathroom door, after which he presses his face up to the splintered hole and says, “Here’s Johnny!” (a line actually improvised by Nicholson).

The scene works so well because Torrance isn’t a superhuman killer, he’s just a regular guy who’s lost his mind. So he doesn’t tear through the door effortlessly. He has to really work at it, hacking and hacking, while his wife Wendy (Shelley Duvall) screams on the other side and the audience’s terror builds. As such, the door had to be as real as the axe — on previous takes the set’s fake door was smashed down far too easily for Kubrick’s taste, ruining the tension.

While the identity of Scream’s killer (or indeed identities) changed from film to film in the post-modern slasher series, the antagonist’s weapon of choice remained consistent: a Buck 120 Hunting Knife. Interestingly, this very knife appeared in the posters for three Friday the 13th movies (the fourth, seventh and eighth), so given the fact that the original Scream killers were horror-movie nuts, it makes sense they would have plumped for this one in particular.

But it’s also a visually impressive blade, whose looks in fact outweighed its practicality. In 1992, the eight-inch-bladed Buck 120 was actually discontinued because many hunters complained the length was too awkward for gutting animals. Not that Ghostface ever found reason to gripe about such a thing…

Share
Related Articles
26.09.2019  |  Live Auction 2019
Entertainment Memorabilia Live Auction 2019 | FEATURED LOTS
This year, Propstore is launching its biggest-ever Entertainment and Memorabilia Live Auction, with no fewer than 900 cinematic and TV artefacts going under the hammer on 30 September and 1 October. That is a colossal treasure hoard, impressive enough to make even Smaug the Mighty jealous.
26.03.2015  |  Collections
Introducing Our Terrifying Collection of Horror Film Props!
For all you horror fans out there, here is a quick glimpse at some of our most treasured props and costumes that decorate our galleries in London and Los Angeles. This represents the crème de la crème of film props from some of the most iconic horror films of all time, so let’s see if […]
08.08.2016  |  Auctions
Propstore Live Auction 2016 Presents… Ray Harryhausen Part 1
Welcome to another exclusive preview from the Propstore Live Auction 2016! During August and September, we will be posting Blog updates twice-weekly to whet your appetite with some of the amazing original memorabilia that will be coming up for sale in the auction…
05.02.2016  |  Collections
The Propstore Collection Presents…Jack Sparrow
Welcome to the first in a new series of blogs as Propstore’s team digs into the archives and unearths some amazing items. We’ll talk about the film it comes from and the prop or costume itself, giving you the facts, the figures and all the details on some fascinating piece of movie history. Let’s get […]
Sign up to be in the know