In a realm plagued by supernatural monsters, mankind must rely on the availability of wandering Spooks, or witch hunters to protect themselves; however when a Spook is not readily available, it falls on the people of the kingdom to stand and keep their homeland safe. One of the most pivotal elements these oath takers rely on is a well-crafted set of armor. 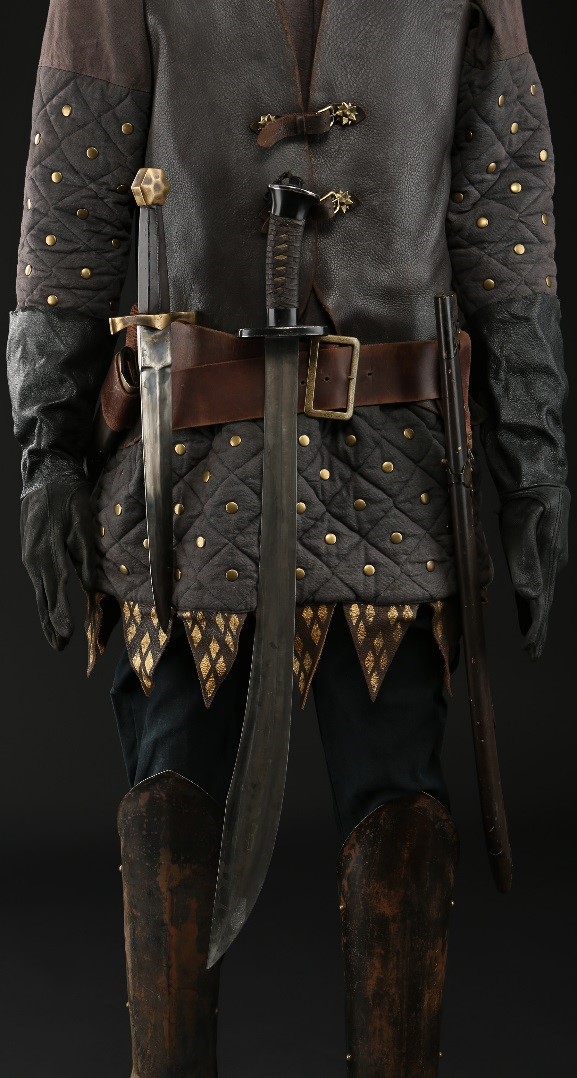 The first line of defense for the Walled City is the Walled City Soldier. These troops see to the ramparts as Mother Malkin’s (Julianne Moore) band of magic-wielding lieutenants lay siege to the city, relying only on their skills with a blade, and the smith’s skill with his hammer. This set showcases that skill with layers of leather and hide armor complimented with a series of metal studs. A helmet and metal chain coif protect the head along with metal shin guards for the legs. The soldier also keeps his trusty weapons sheathed upon his belt, ready for any engagement that might ensue. 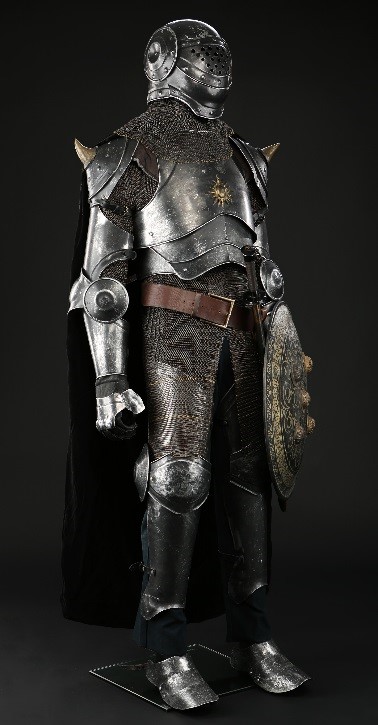 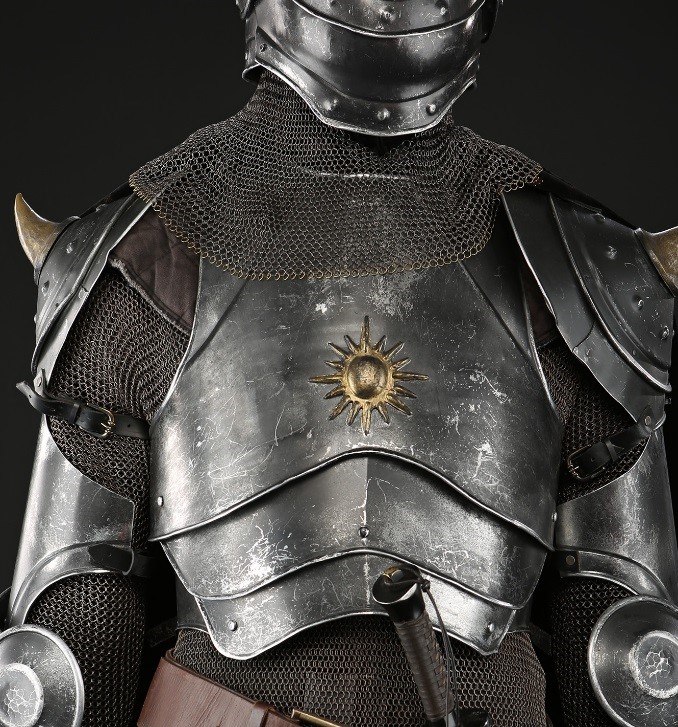 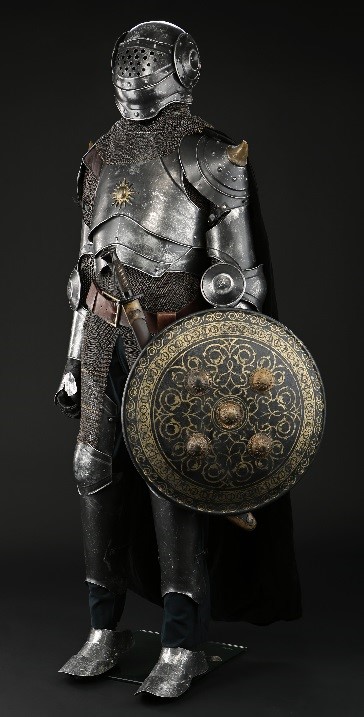 Foot soldiers may be the backbone of any force but without the concussive support of cavalry they would be only as fast as their feet could carry. The Mounted Knights are the premiere fighting force of the Walled City, protecting its people and carrying out the orders of the city’s Inquisitor. This knight is clad in a series of aluminum armored plates, a mail tunic and cape, and wields a sword and shield.

The Inquisitors are the figureheads of faith in the Walled City and it is for them and those in the upper echelons that the Royal Guard offer their services as bodyguards. These elite soldiers can be found holding post in temple chambers and are never far from the side of the city’s authority on all things pious. This set exhibits the durable armoring consistent with a defender of the Walled City but with a regal touch. A maroon and gold color scheme in a pattern of leaves and filigree offer an esteemed presence with accents of leather and chain mail armor. The large angular shield reminds any would-be threat that these decorative units are not to be tested.

Items in the Seventh Son Auction open for bidding June 20th on the Propstore website, with lots closing for bidding July 2nd. Thank you for joining us for our Seventh Son blog coverage and be sure to check out our other articles in this auction series!

Love the items? Be sure to tell us on Twitter and Facebook. And don’t forget to explore our extensive archive of film and TV items we have for sale and auction at: www.propstore.com

Share
Related Articles
27.06.2016  |  Auctions
Seventh Son Auction – The Dark Queen and Her Cadre
With the dawning of the Blood Moon, the witch queen Mother Malkin (Julianne Moore) escapes the prison in which she’s remained for forty years. Malkin calls on her lieutenants to aid her as she awaits for the Blood Moon to become full, making her power unstoppable. Each of these aids joins her from around the […]
17.05.2018  |  Auctions ,  Uncategorized
The Stormwind Armory: Highlights from the Warcraft Auction
When the orcs opened the dark portal to Azeroth and began their invasion, the Alliance army was called upon to face a threat it had never known before. Luckily, the dwarves and armorers of Azeroth were prepared and equipped their forces with the weaponry and armor needed to defend the realm.
20.06.2016  |  Auctions
Seventh Son Auction – Tools of the Trade: A Spook’s Ensemble
In the Spook’s world, one cannot be too well armed. The presence of demons, boggarts and ghosts leave these roving supernatural exterminators in a perpetual state of danger, so they have to be prepared for any sort of encounter with any of these terrors. Here we explore some of the weapons, tools, and armor used by […]
21.06.2016  |  Auctions
Seventh Son Auction Giveaway Competition
Sign up to be in the know