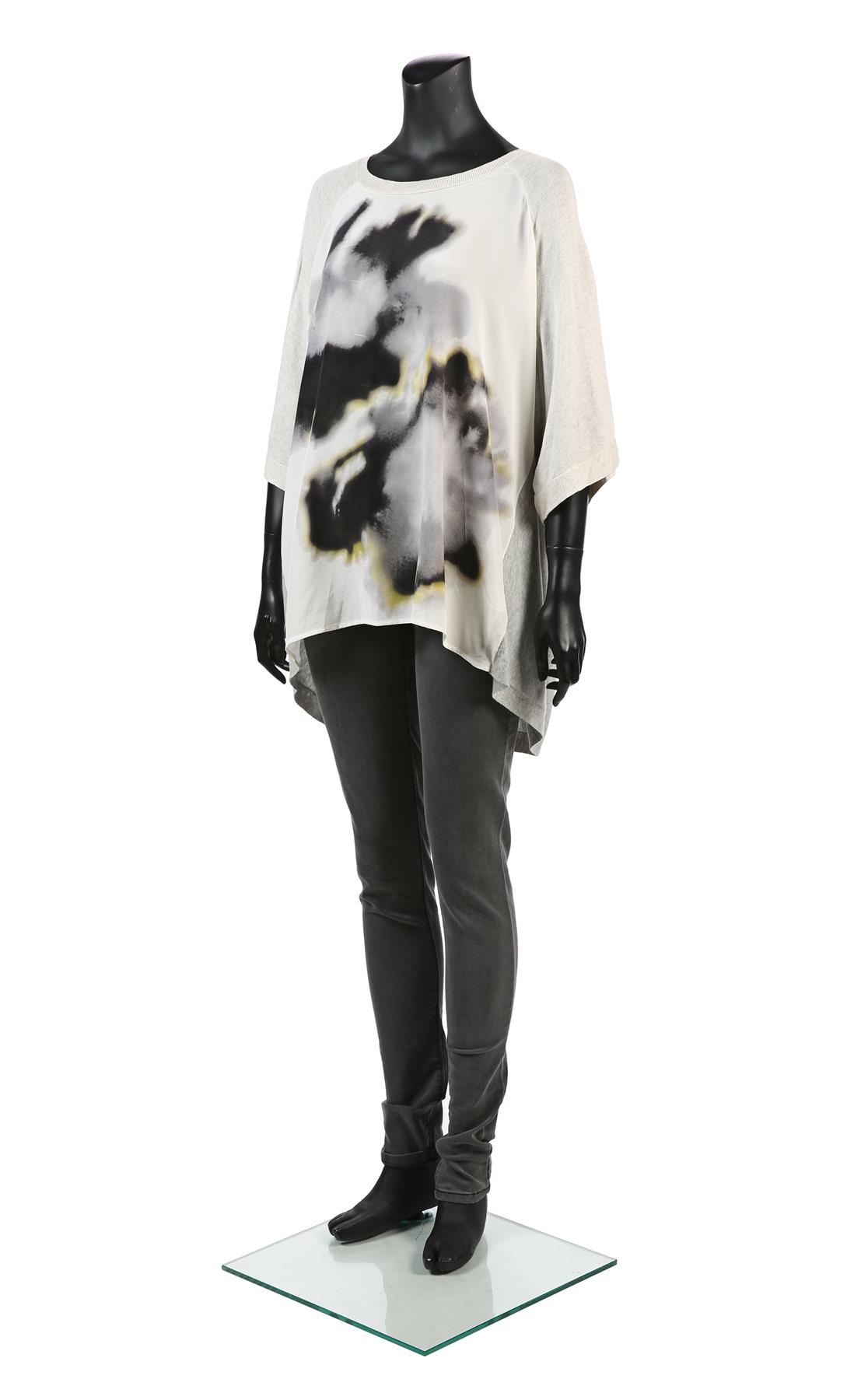 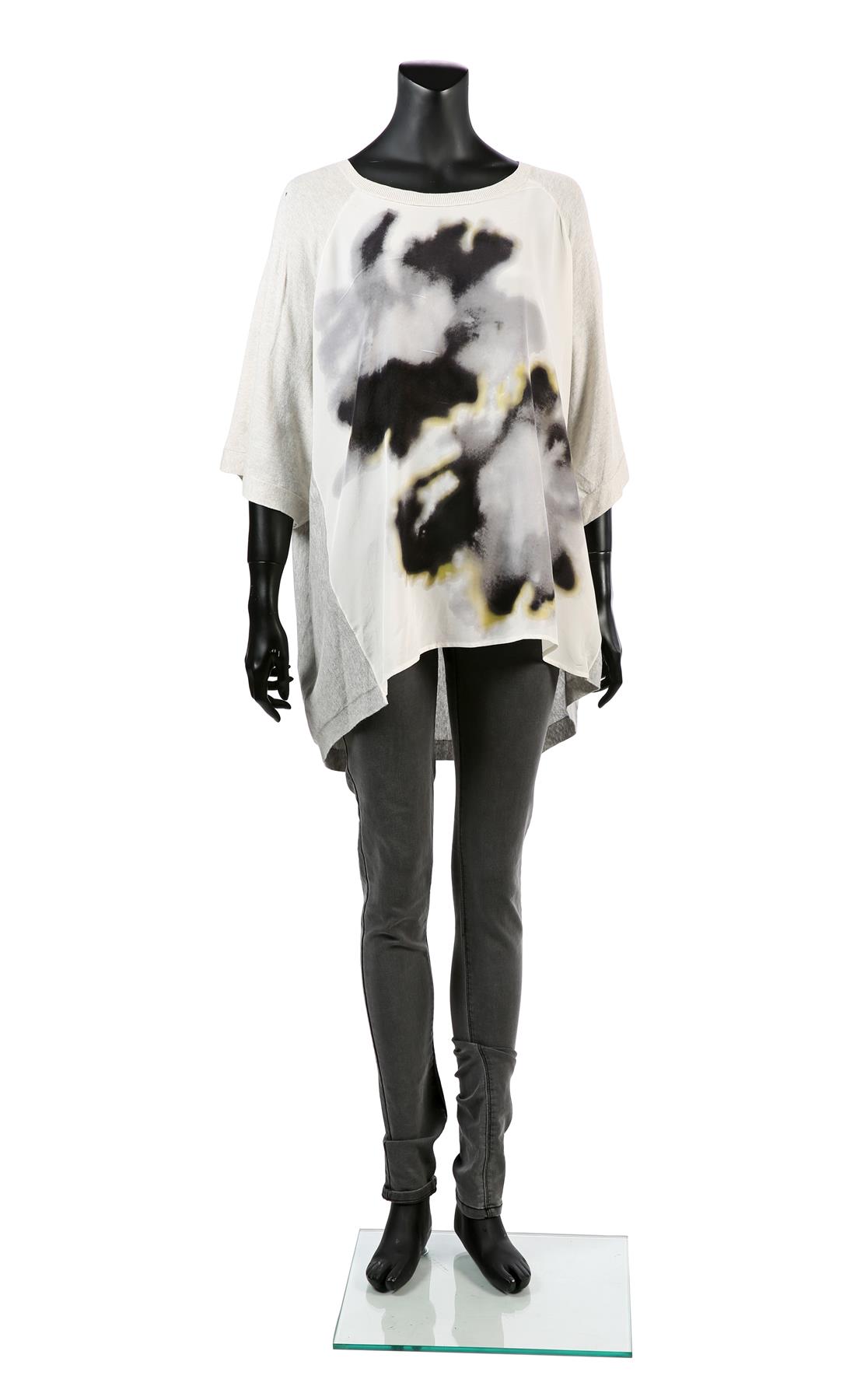 Season 1 – Episode 01: “Limbic Resonance”
Lot 6 – Nyx Apartment Costume
Riley Blue’s life was on the skids before connecting with her cluster. The talented DJ was making waves in the London nightclub scene but was also involved with the local drug trade thanks to her boyfriend’s friend, Nyx. However, it was only when Nyx gave Riley a hit of DMT that she was first able to sensate with Will and connect over the visions they’d both been experiencing. When Riley came to she was caught in a shoot out at Nyx’s apartment, but luckily escaped. A few small drops of blood on her floral top are the only bits of proof that she was even there. 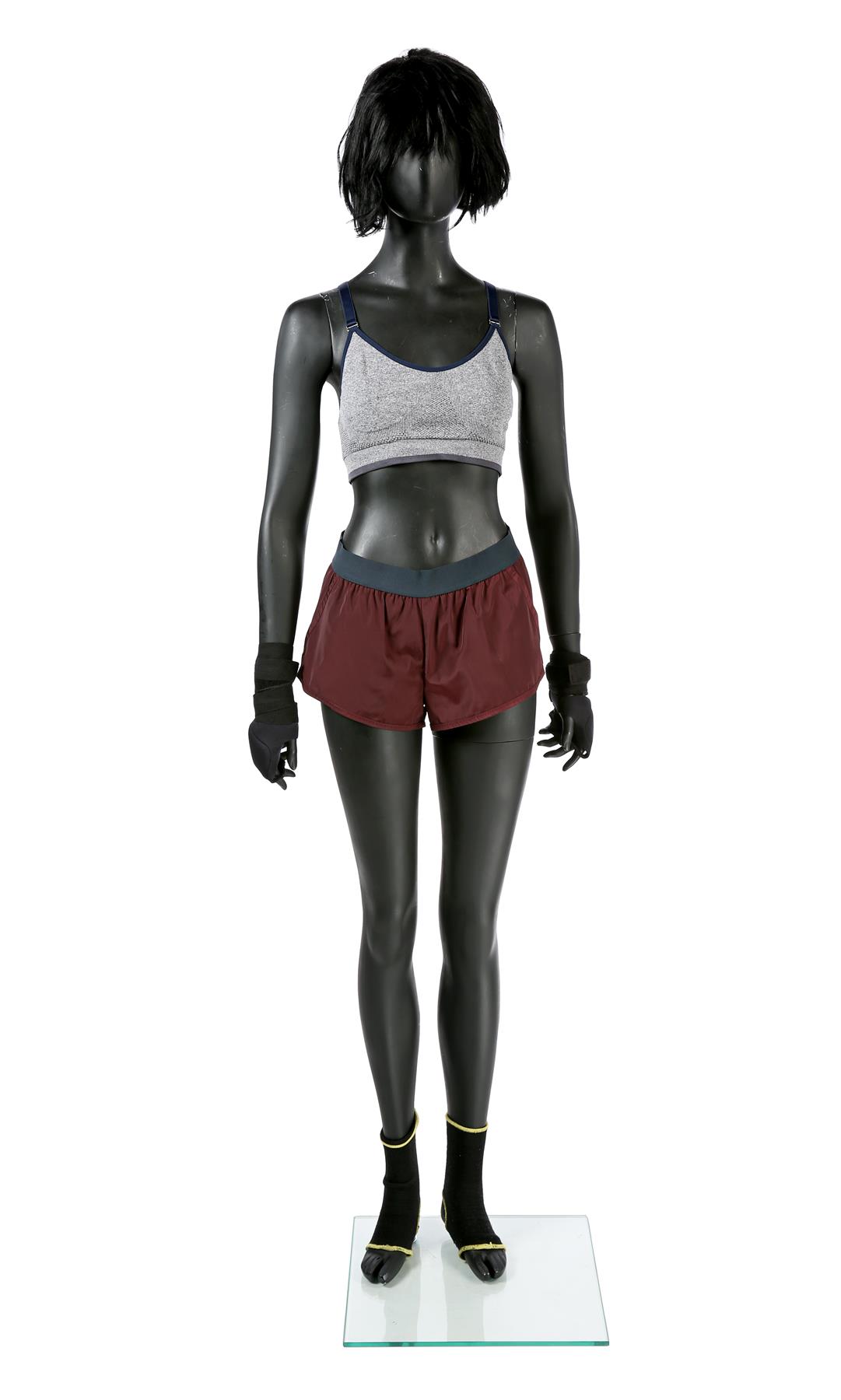 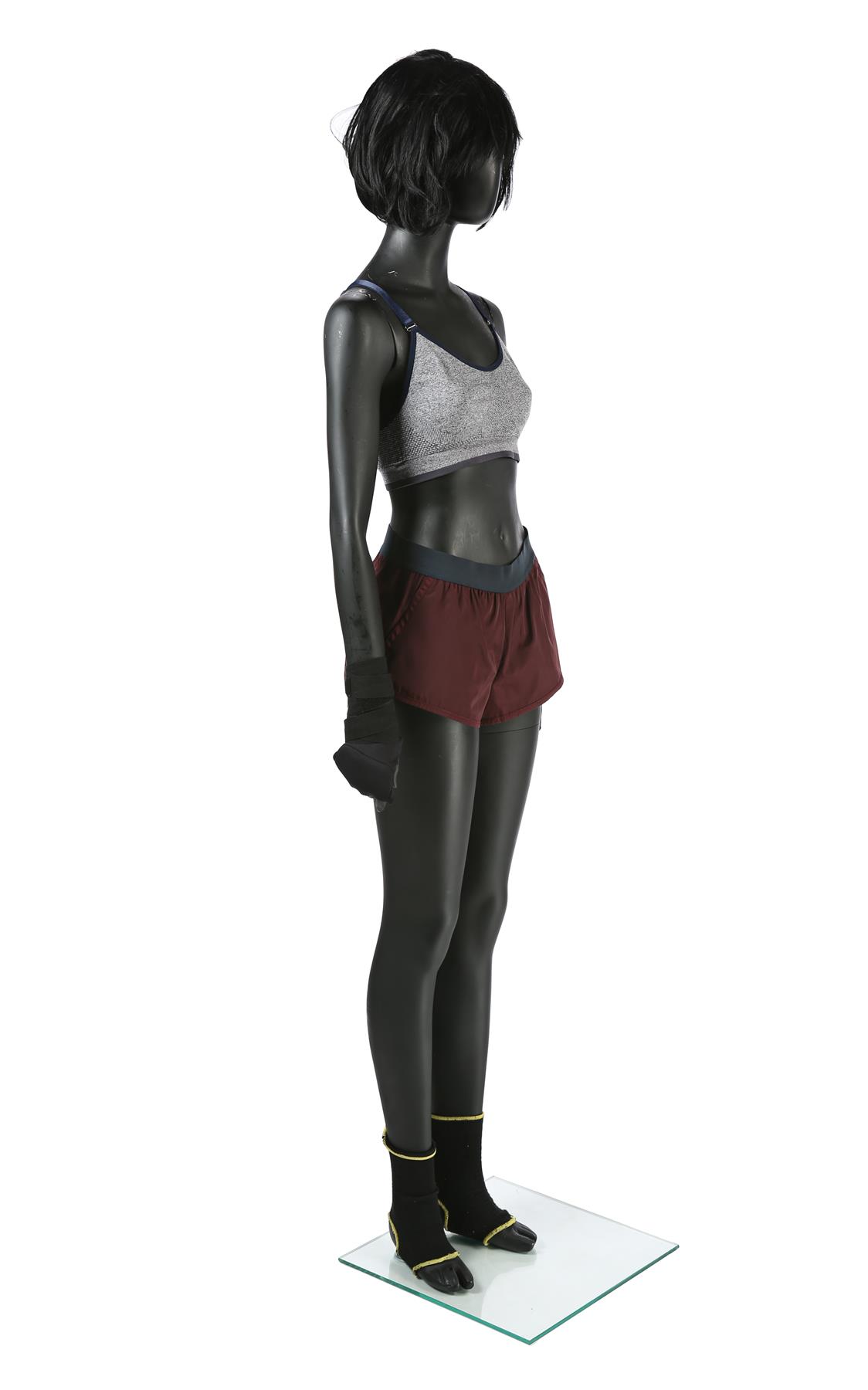 Season 1 – Episode 04: “What’s Going On?”
Lot 30 – Training Costume
To everyone around her, Sun Bak lived a quiet life before the BPO got involved. But even before she was connected to her cluster, she kept her status as an underground kickboxing champion a guarded secret. She was training in her grey top and maroon shorts when Riley connected the cluster with a song from her iPod, “What’s Up” by 4 Non Blondes. Sun then finished her workout and jammed out in the shower, momentarily connected with the rest of her scattered cluster. 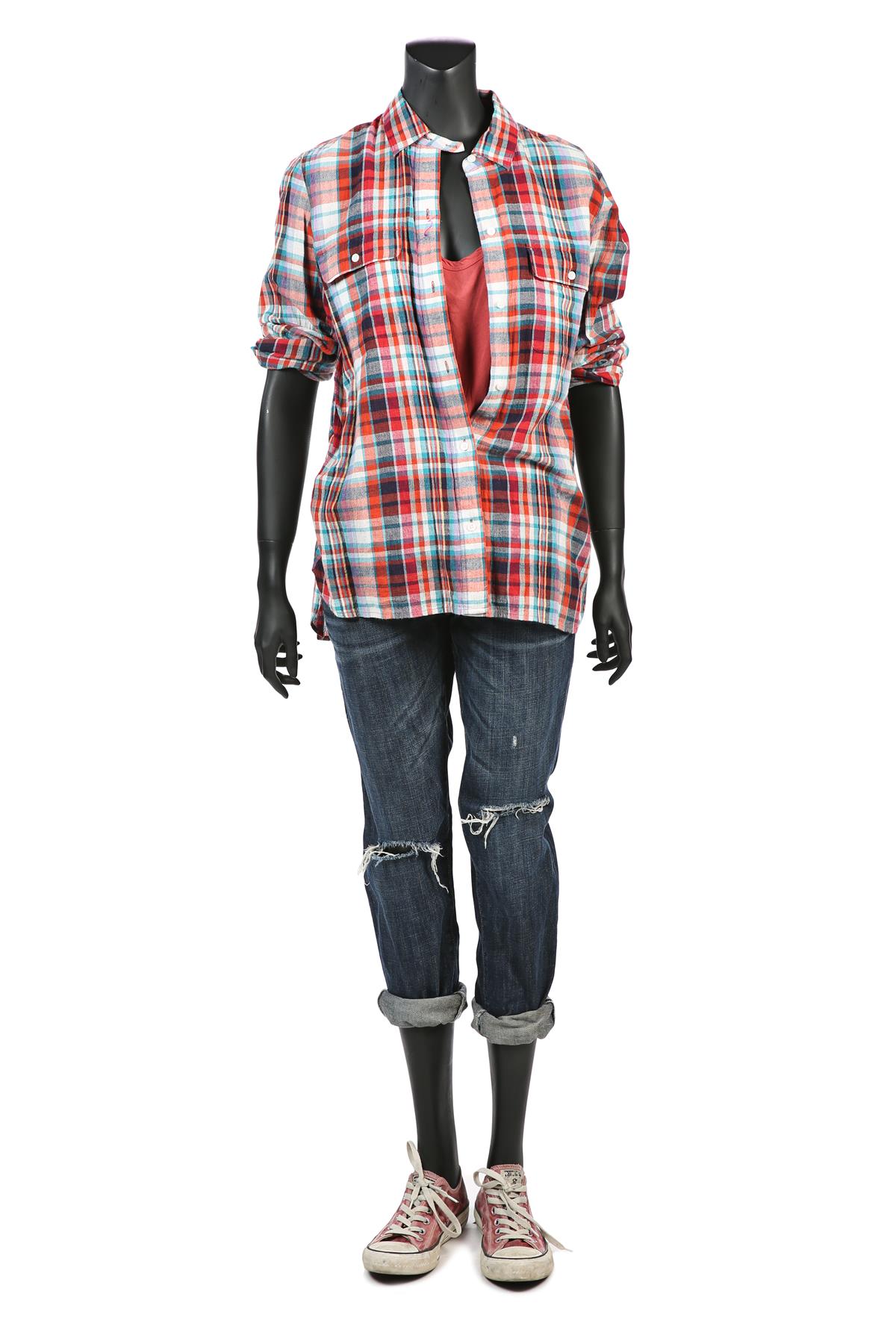 Season 1 – Episode 08: “We Will All Be Judged by the Courage of Our Hearts”
Lot 50 – San Francisco Street Wear Costume
Growing up transgender meant that life was a constant struggle for Nomi, pitting expectations against her true feelings and fracturing her relationships with her family. Luckily, acceptance wasn’t an issue when it came to her cluster, who saw Nomi for her true self and welcomed her into the fold. It was only thanks to her cluster (Will and Sun, specifically) that she was able to escape an ambush from Whispers and BPO at her home in San Francisco. Dressed only in a flannel and torn jeans, she let Sun and Will guide her body through the actions of attacking the goons so that she could escape on bicycle. 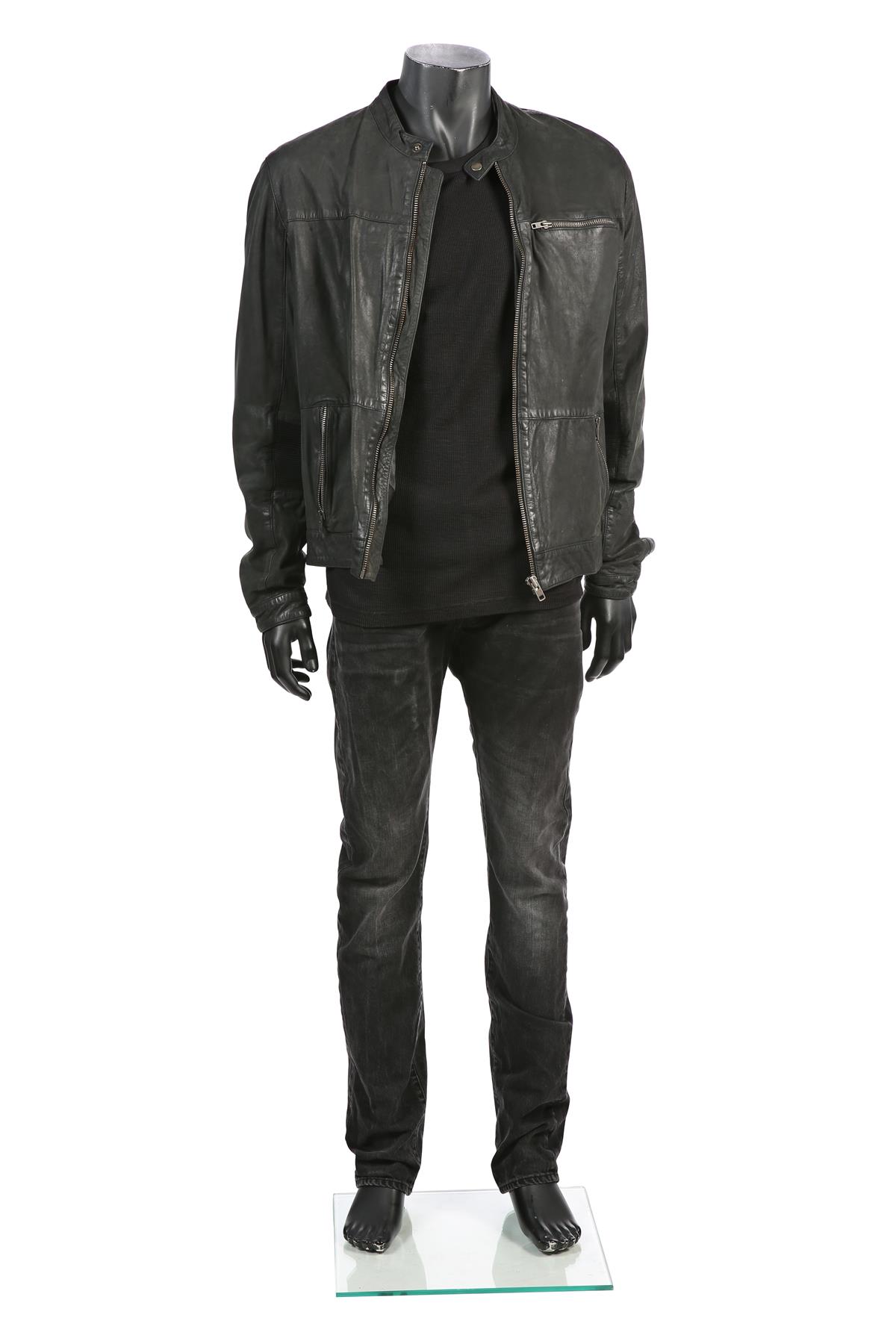 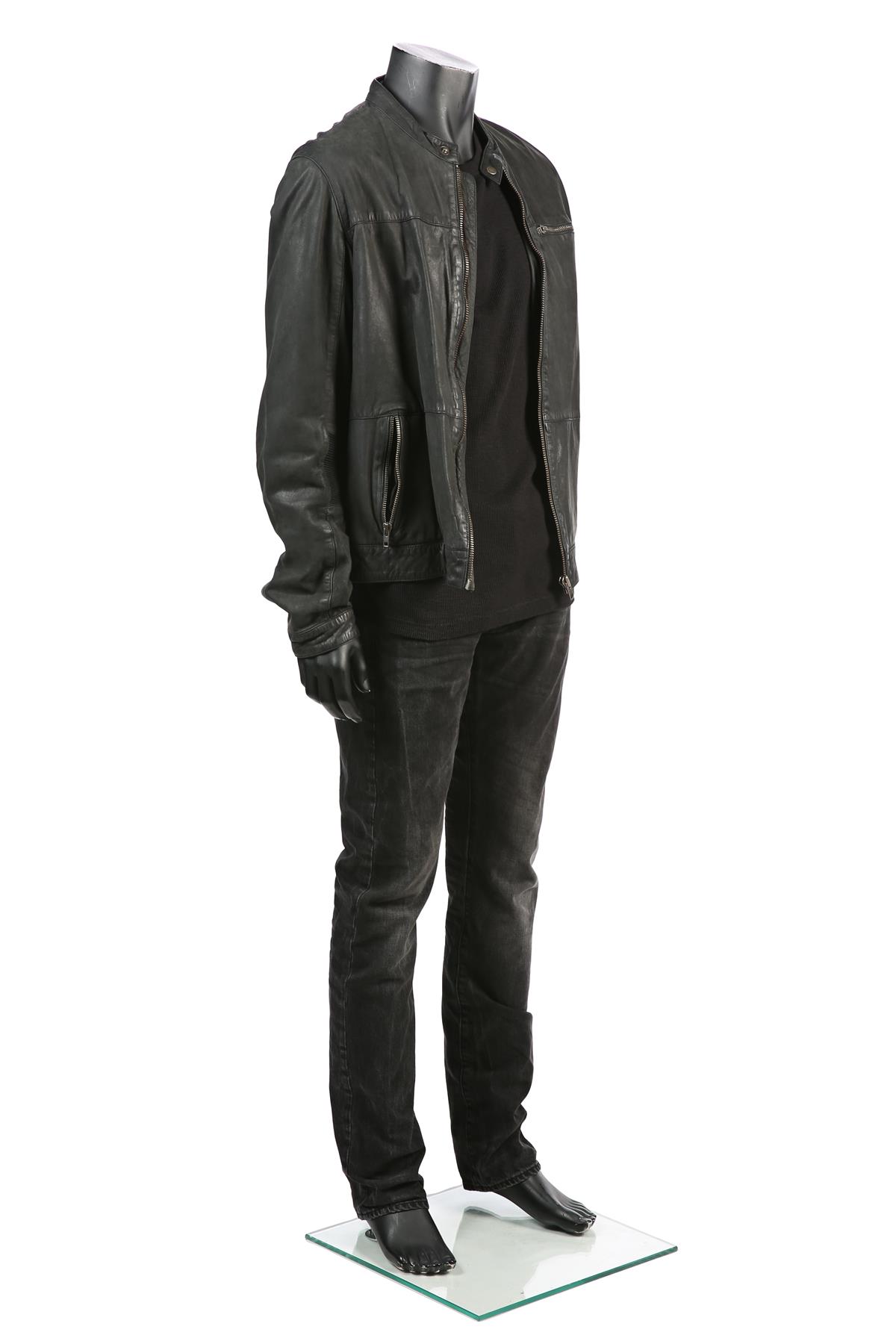 Season 1 – Episode 10: “What Is Human?”
Lot 398 – Lito Fight Costume
Wolfgang’s life of danger started long before he began experiencing his cluster. Having joined the world of organized crime at a young age, Wolfgang was an accomplished safe cracker and thief by the time seven other people psychically entered his life. He is one of the cluster’s most capable members in a gun fight, but it was Lito that came to Wolfgang’s rescue when he needed a good lie. As Wolfgang lay on the ground in his black leather coat with a rival’s gun to his head, it was Lito’s acting skills that saved Wolfgang’s life, convincing the villain to spare him with an Oscar-worthy performance.

Next post
The August 8 Cluster, Part 2 | Highlights from the Sense8 Auction