Today’s Live Auction preview showcases, again, the work of renowned special effects master, Ray Harryhausen. In particular, today’s focus is on three of his major works – The Golden Voyage of Sinbad and The Valley of Gwangi and One Million Years Bc. Long before the digital cinema age, Ray Harryhausen set the gold standard for his own brand of cinematic magic with his innovative creation of a stop-motion model animation known as ‘Dynamation’. Known as one of cinema history’s greatest pioneers and innovators, he is credited with having inspired numerous filmmakers such as George Lucas, Steven Spielberg, Guillermo Del Toro, Peter Jackson and Tim Burton. Harryhausen’s style is best known for blending the world of live action and model stop-motion, which completely changed the direction of special effects in the early 1950’s-60’s.

All of the Harryhausen items in the upcoming Prop Store Live Auction are very rare and may in fact be the only known production sketches in private hands, as nearly all of his work has been collated within the Ray Harryhausen Archive. These featured hand drawn pieces below, are an amazing insight into his design process, from rough sketches to tracing, to detailed sketch and then final key art. So, make sure you read on below to see what treasures will be going up for auction in Part 2 of our Harryhausen Feature…

One Million Years BC is unquestionably one of Harryhausen’s most recognisable pieceS of work. Harryhausen’s style is often associated with dinosaurs, yet they featured in only five of his sixteen films. He was also often criticised by historians for the lack of realism in some of his dinosaur designs, but argued that he tried to find a compromise between scientific accuracy and the visuals he wanted to achieve cinematically. The sketches below, are just a few examples of some of his iconic dinosaur designs from One Million Years BC. 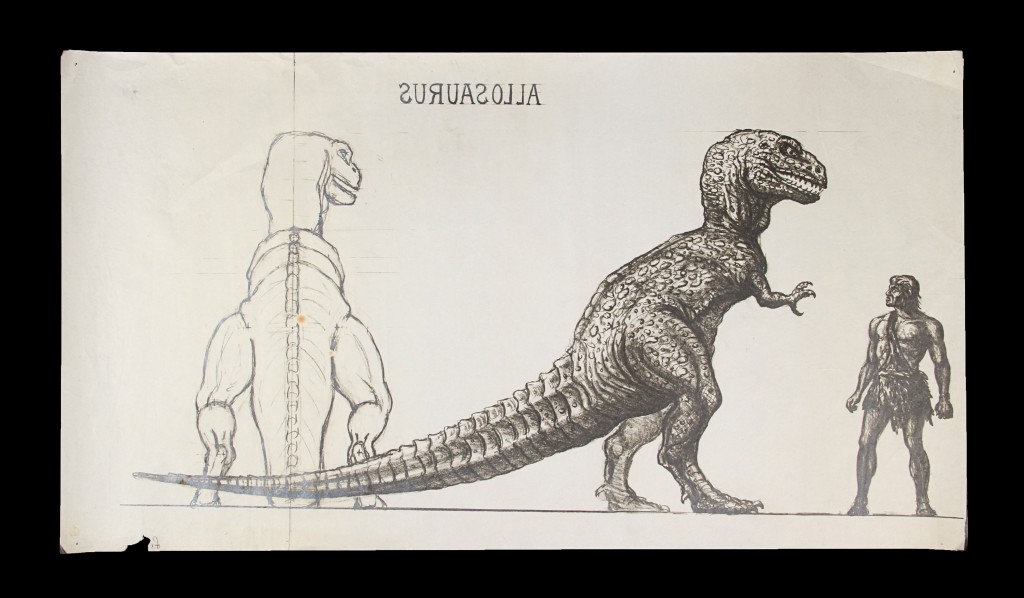 Ray Harryhausen Concept Of Allosaurus, ONE MILLION YEARS BC (1966) 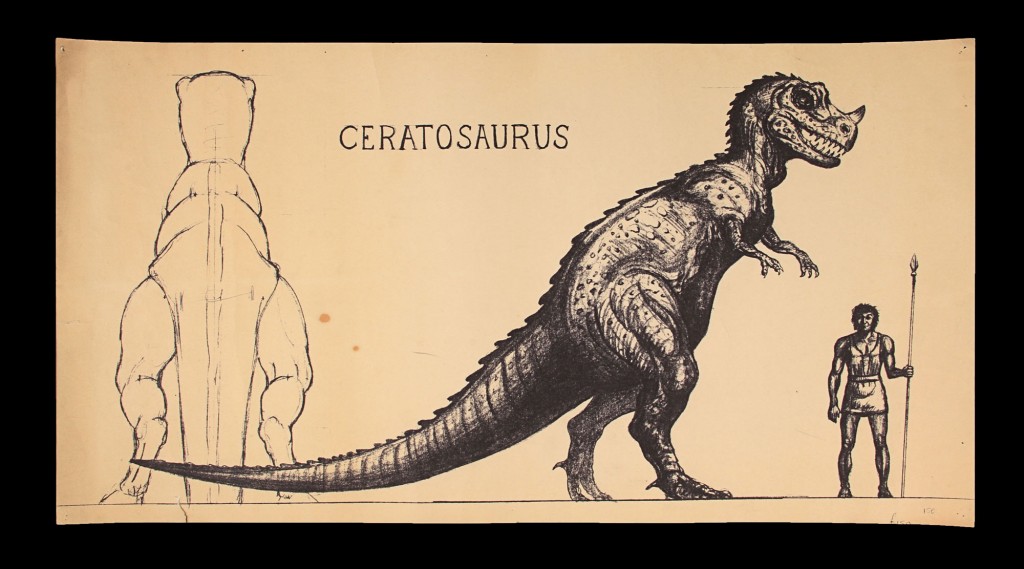 Ray Harryhausen Concept Of Ceratosaurus, ONE MILLION YEARS BC (1966)

The Valley Of Gwangi was Harryhausen’s final dinosaur-themed movie, and came only three after the hugely popular One Million Years BC in 1966. Gwangi was a very personal project for Harryhausen as he inherited the film from his mentor Willis O’Brien (the title animator of the 1933 King Kong), who had story-boarded the film years before but unfotunately died before the project could be realised. Gwangi also held the record for Harryhausen’s greatest number of dynamation cuts (over 300), which took him almost a year to complete for the film. In the example below, you are able to clearly see the work flow for his creature creation process – from a simple tracing, to detailed sketch – defining the main characteristics of the Allosaurus. 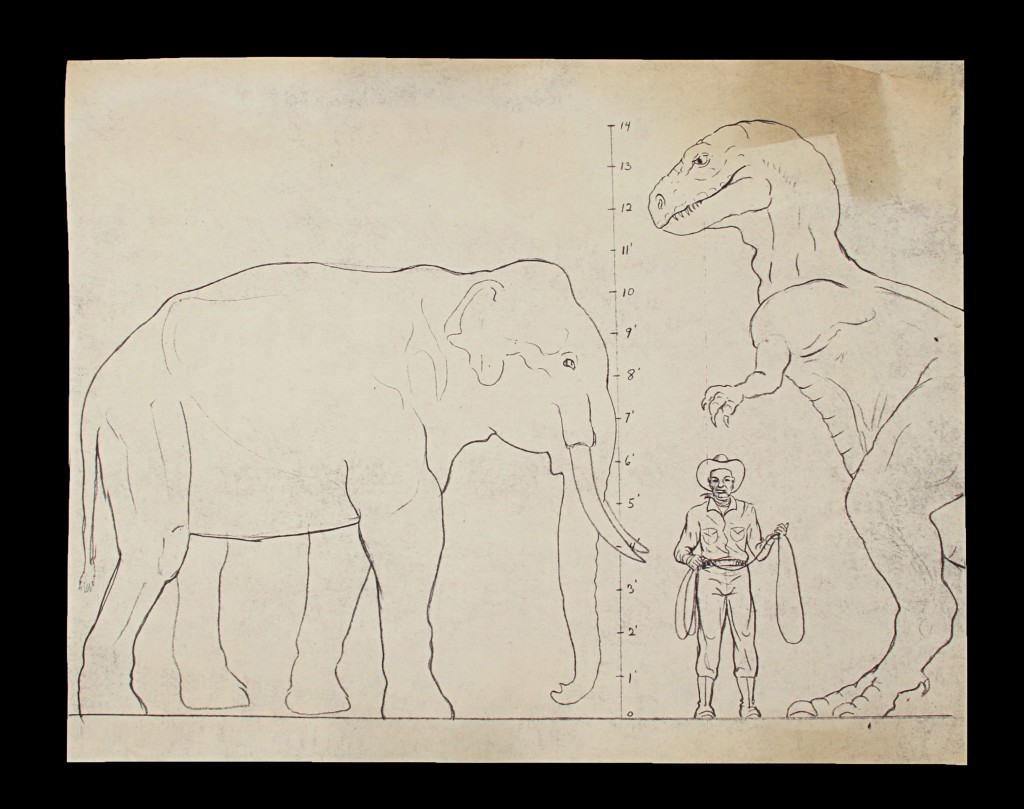 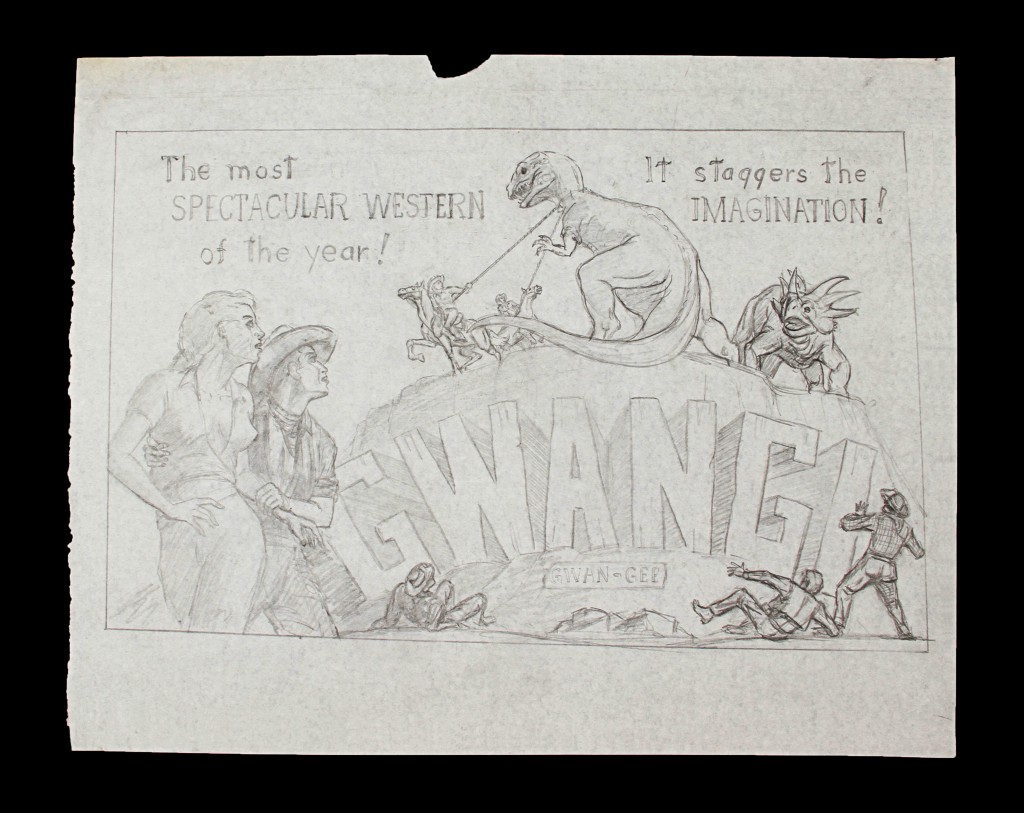 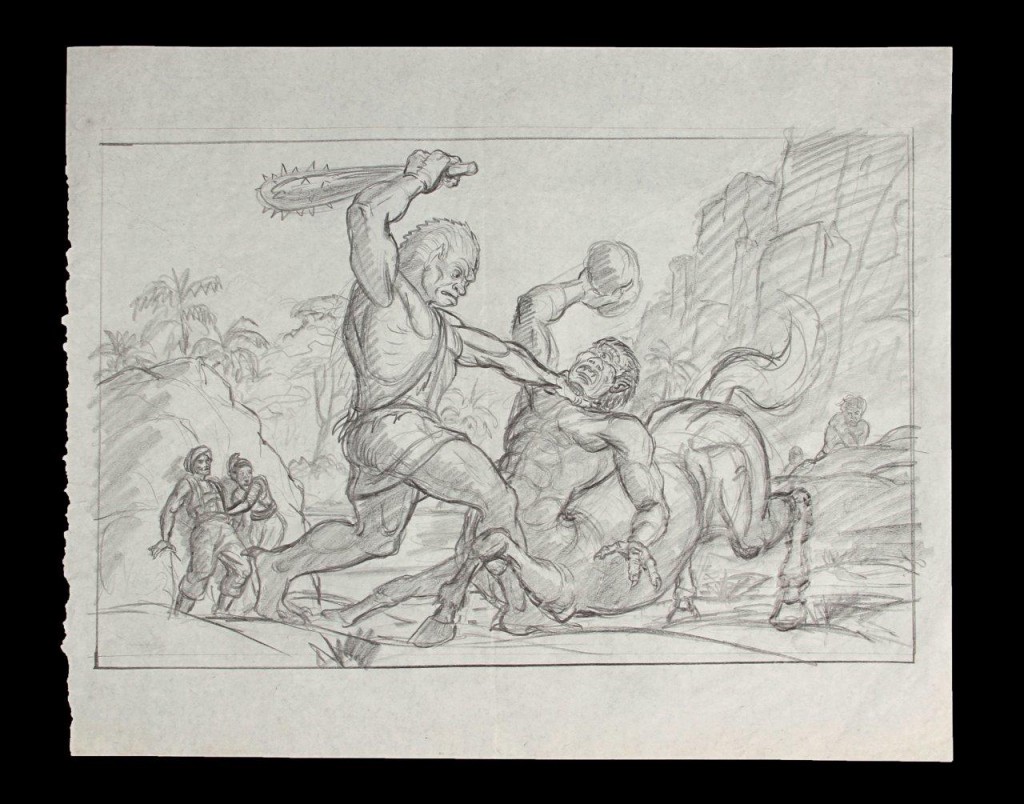 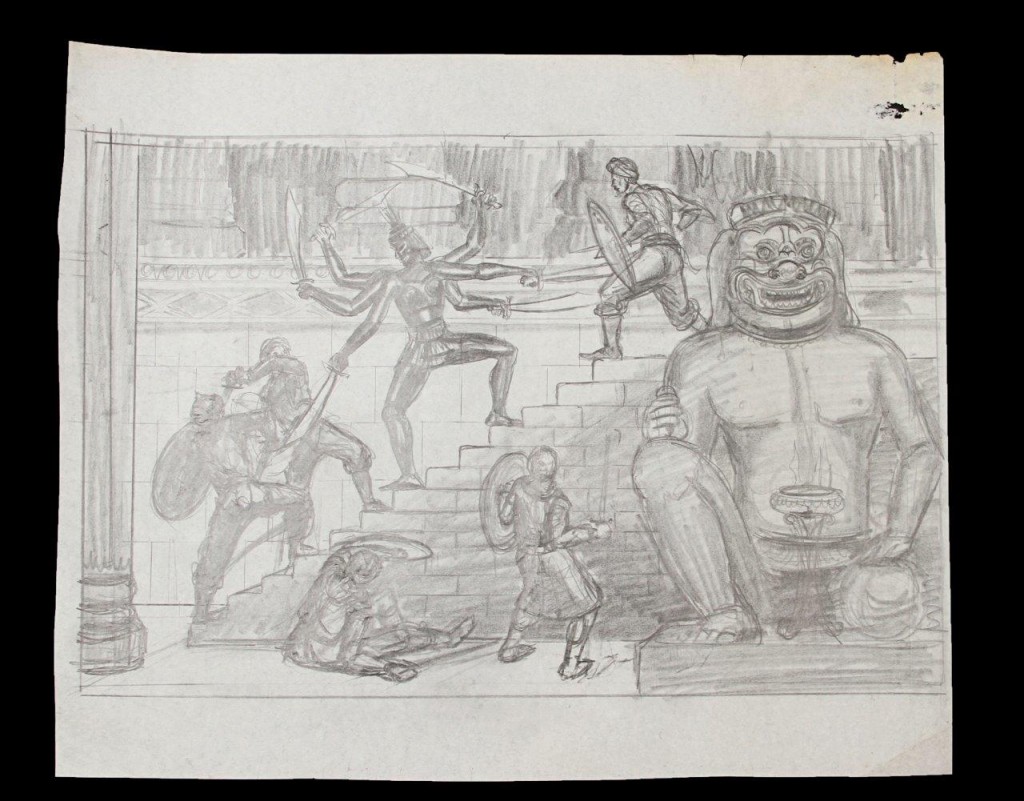