With such a trove of Batman-related items in Propstore’s EMLA this year, we round up our favourite Gotham City villains, as seen on the big screen…

If a superhero could be judged by the quality of his foes — a sound metric, if you ask us — then Batman is surely the greatest of them all. But which fiends are the most enjoyably, show-stealingly diabolical? Here’s Propstore’s crime-committing top 10…

Though one of the weaker Batman movies, Joel Schumacher’s Forever does at least benefit from Jim “Biggest Comedy Star of the ’90s” Carrey’s Edward Nygma. With a brain-frazzling twist on his origin, the puzzle-posing bad guy allowed Carrey free rein to do his rubber-limbed improv thing. Even to the point of irking his infamously grumpy co-star Tommy Lee Jones (as Two-Face), who at one point during the production growled at him, “I cannot sanction your buffoonery”. Well, we can. 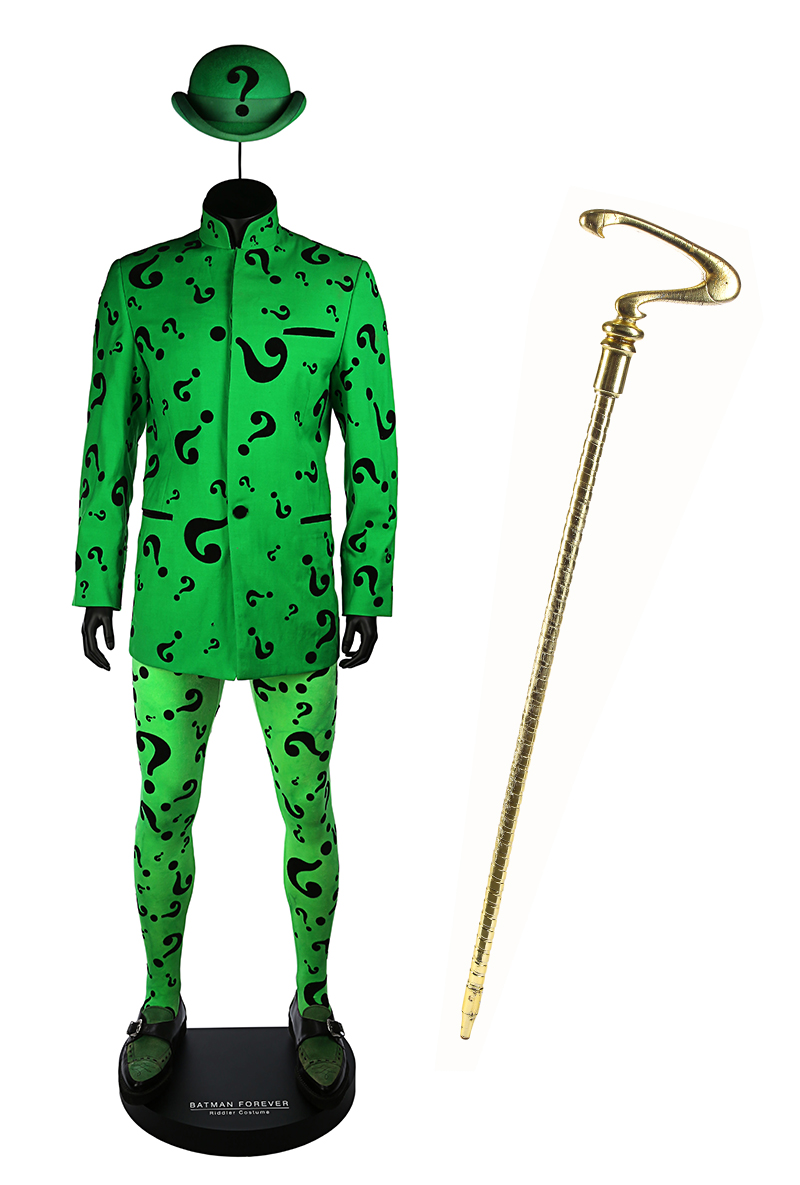 As fond as we are of Burgess Meredith’s waddling, cigarette-holder-chewing Penguin from the ’60s Batman show, Tim Burton’s freakish reinterpretation of Oswald Copperpot is the one to beat. Played by Danny DeVito under a ton of corpulent-avian prosthetics, the Penguin became a truly Burtonesque creation, whose mistreatment and outcast status make him surprisingly sympathetic. Right up to the point where he tries to blow everything up with rocket-launching penguins.

7. BANE (TOM HARDY)
The Dark Knight Rises (2012)
He may have not been the easiest bad guy to understand, but the mufflingly masked muscleman couldn’t have been clearer when it came to his body language. Up until Bane (let’s just ignore the version of the character who appeared in Batman & Robin, shall we?), Batman’s on-screen foes rarely matched his physicality. But, in the imposingly bulked-up form of Tom Hardy, he certainly met his back-breaking match. Snap.

6. SELINA KYLE (ANNE HATHAWAY)
The Dark Knight Rises (2012)
More of an anti-hero than an all-out villain, Anne Hathaway’s Selina Kyle (never called “Catwoman” on screen) is arguably the most morally centered person in The Dark Knight Rises, despite her rampant burglarizing. Hathaway’s performance is deeply impressive, too. Note the way she so effortlessly turns on the ‘screaming bystander’ act to fool Gotham PD, before reverting back to her cool, careless self as she walks away.

Image courtesy of Giphy.com and Tenor.com

“You either die a hero, or you live long enough to see yourself become the villain.” Such is the fate of Aaron Eckhart’s “white knight” district attorney, who plummets from being Gotham’s best hope to a rage-contorted monster during The Dark Knight’s final act. While the Joker dominates the film, it is Harvey’s tragic destiny which has the biggest impact on Batman and Gotham, its echo still resounding well into The Dark Knight Rises. 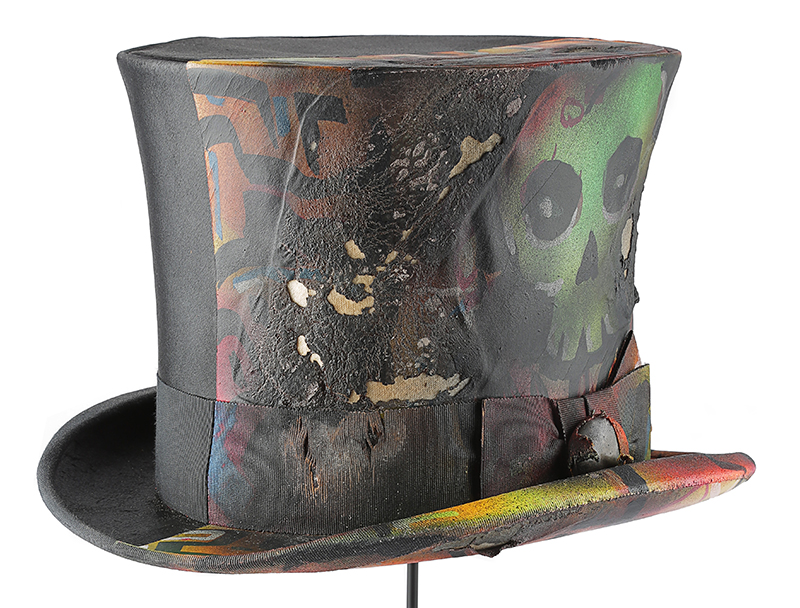 4. RA’S AL GHUL (LIAM NEESON)
Batman Begins (2005)
Sometimes the difference between a hero and a villain is little more than a question of methodology. Both Bruce Wayne (Christian Bale) and League of Shadows boss Ra’s Al Ghul want to eradicate injustice. But the latter’s way of doing it involves a much higher bodycount. Part of the genius of Christopher Nolan’s full-on Batman origin story is the way it ties its main villain in so closely with the hero’s origin — making way for the awesome, but logical twist where it’s revealed his mentor is in fact his nemesis.

It was, at the time, ideal casting. Jack Nicholson, whose unhinged charm anchored One Flew Over The Cuckoo’s Nest and The Shining, as the Clown Prince of Crime. And when it comes to show-stealing, Nicholson’s turn as the Joker is the most flagrant example in cinematic history, overshadowing Michael Keaton’s sterling work as Batman with his comical highs and sometimes genuinely terrifying lows. 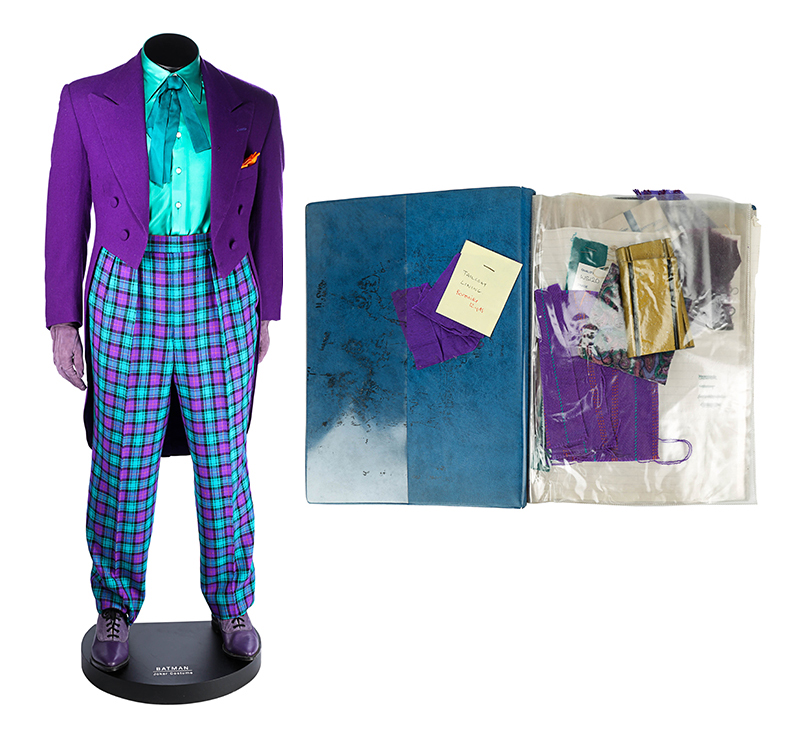 “Meow.” With that cartwheeling, explosive arrival — in that costume — Michelle Pfeiffer’s introduction as Catwoman has to be one of cinema’s greatest entrances. Yet she should applauded for not overwhelming Michael Keaton’s Batman like Nicholson’s Joker did in the first Burton Batfilm, but complementing him perfectly, via the film’s dark romance, which plays heavily on both characters’ duality.

Heath Ledger’s Joker isn’t merely the best Batman villain. He’s the best villain in any comic-book movie. Initially seen as odd casting for an actor typically hired for heroic roles, it soon became clear that Ledger was doing something truly special with this performance. Something which not only remixed the Joker into a grungy anarchist who’s more of a knife man than an acid-fancier, but also pushed the limits of what you can do with PG-13 entertainment, from the gallows humour of his pencil-disappearing “magic trick” to those chill-inducing “Do you know how I got these scars?” monologues. Tragically, Ledger died only months after shooting on The Dark Knight wrapped, so we can only imagine what else he might have done with the role in the sequel.