The jewel of the Propstore Spacesuit collection is the iconic Kane Spacesuit from the 1979 science fiction horror film, Alien. The film spawned endless imitations and numerous sequels, and has rarely – if ever – been bettered. Directed by Ridley Scott, the film made an international star of the young and upcoming actress called Sigourney Weaver, and was the start of a film series legacy. However, the overall design of the movie is perhaps what is best remembered about it – from the incredible creature design by Swiss surrealist H. R. Giger, to the incredible set designs by Ron Cobb and iconic costumes by John Mollo (who also won an Oscar for his work on Star Wars).

The initial design and inspiration for the spacesuit came from legendary French comic artist Moebius, who used a Japanese samurai style as his basis for the design. Moedbius brought the heavy, bulky look to the design – a look and style which he had already featured in his earlier comic book work – which then was taken on and brought to life by the film’s costume designer, John Mollo. The actors apparently hated the impractical design of the the costume because their movements were greatly restricted and the suits had no ventilation. 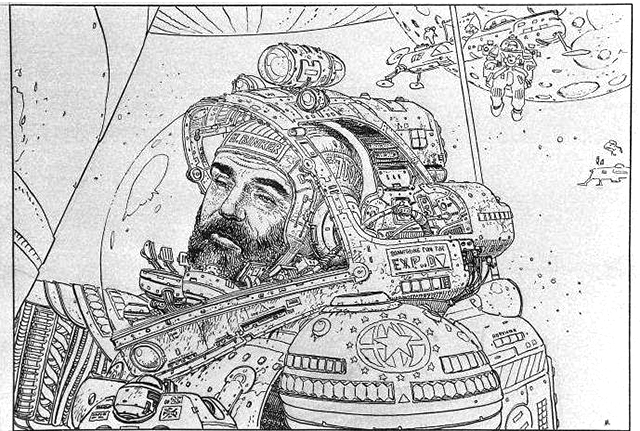 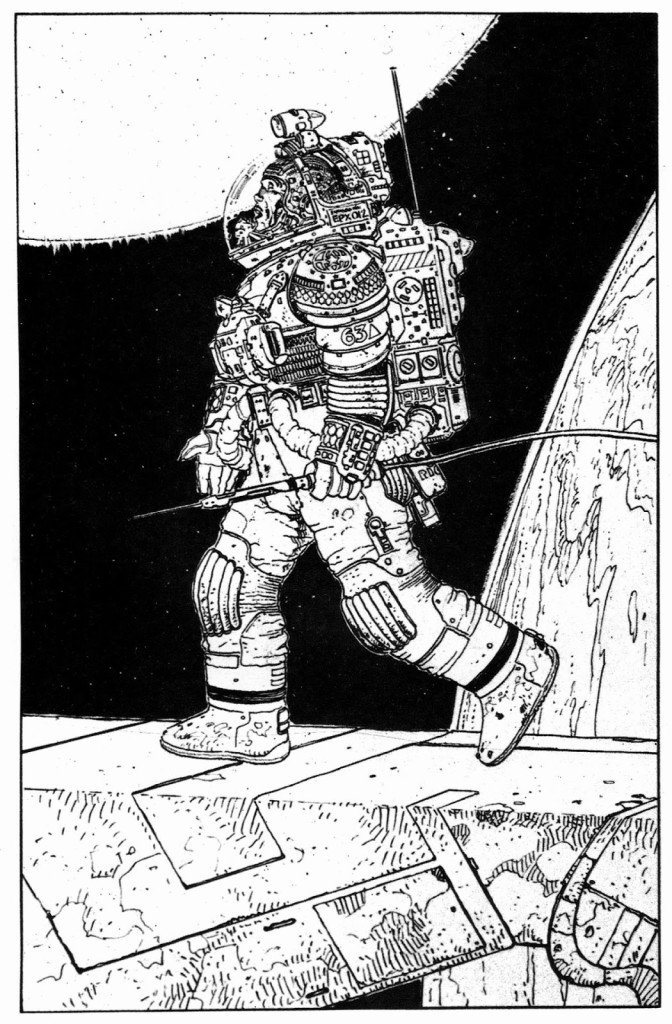 The Alien Spacesuit in the Propstore collection was worn by John Hurt as Kane ( a character best know for the chestburster scene). The yellow markings of the costume are unique to his character, with Lambert’s (Veronica Cartwright) and Dallas’ (Tom Skerritt) suits appearing as blue and red. This suit is just one of just two full size outfits made for his character. This Kane suit matches to the one worn whilst Kane is walking through the “derelict”, and in amongst the facehugger eggs. A different suit, with a slightly different configuration, can be seen hanging up in the ship later on in the film. 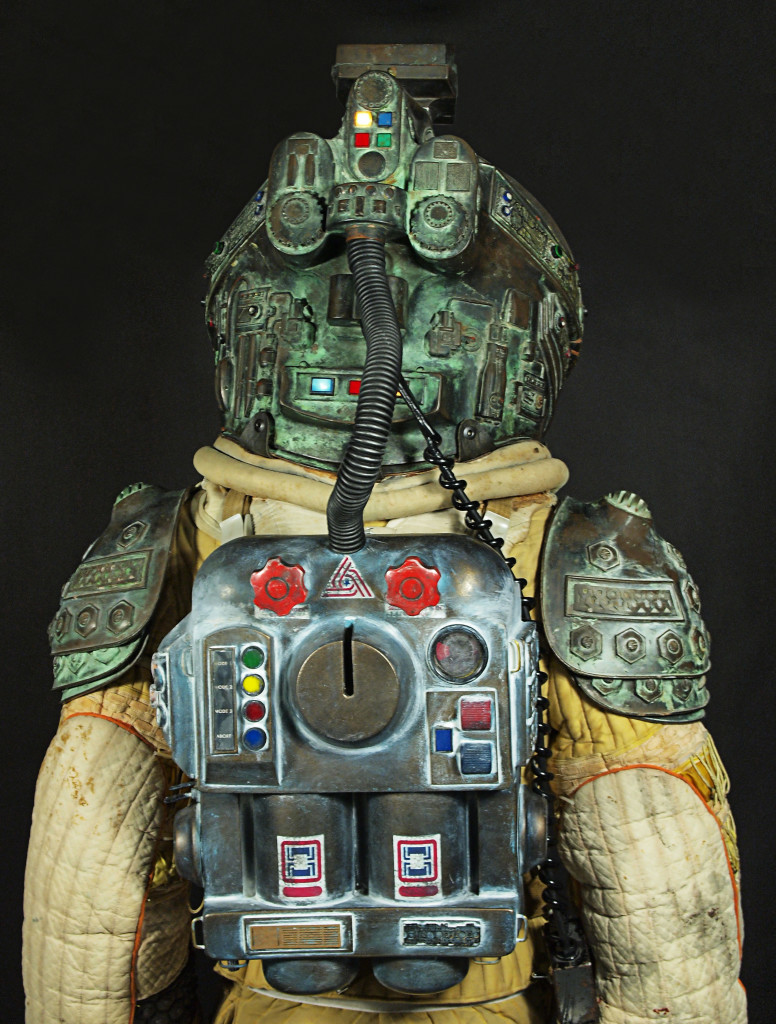 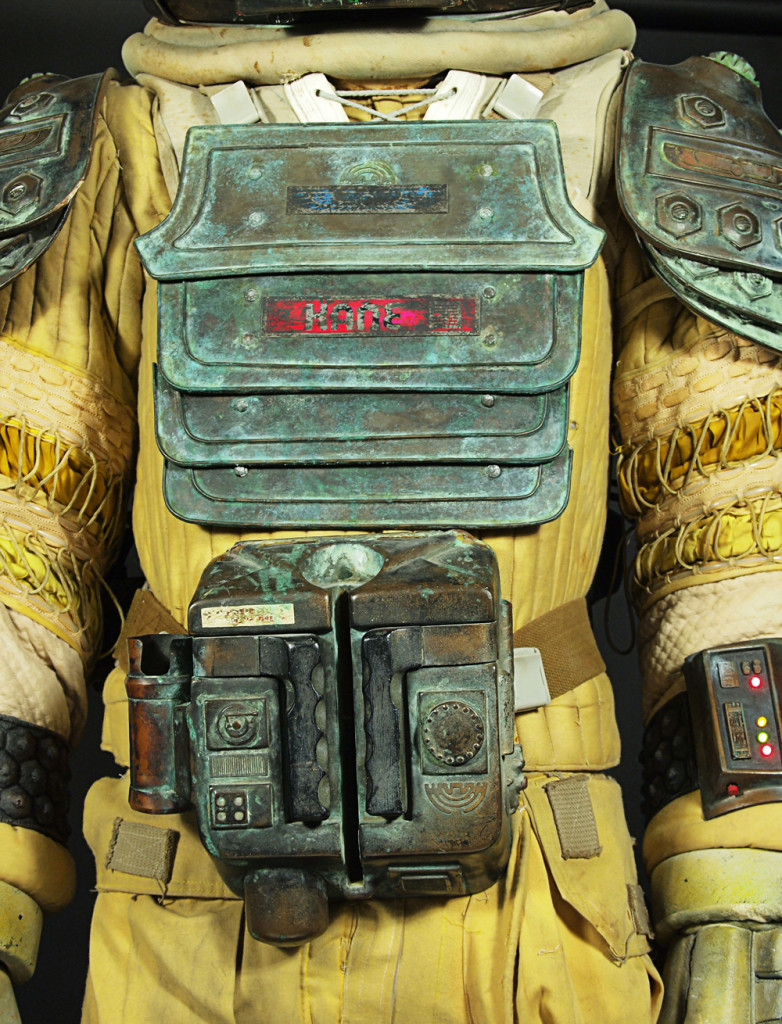 The costume remains in its original film used condition, with the exception of the back pack, the wrist guards and the “Kane” name badge on the chest, which have all been replaced with painstakingly accurate replicas, sourced from the original reference. The sheer impressiveness of the piece is in the detail. And, standing at over six and a half feet, it’s definitely something to behold, towering over our Spacesuit Collection in the London Office. 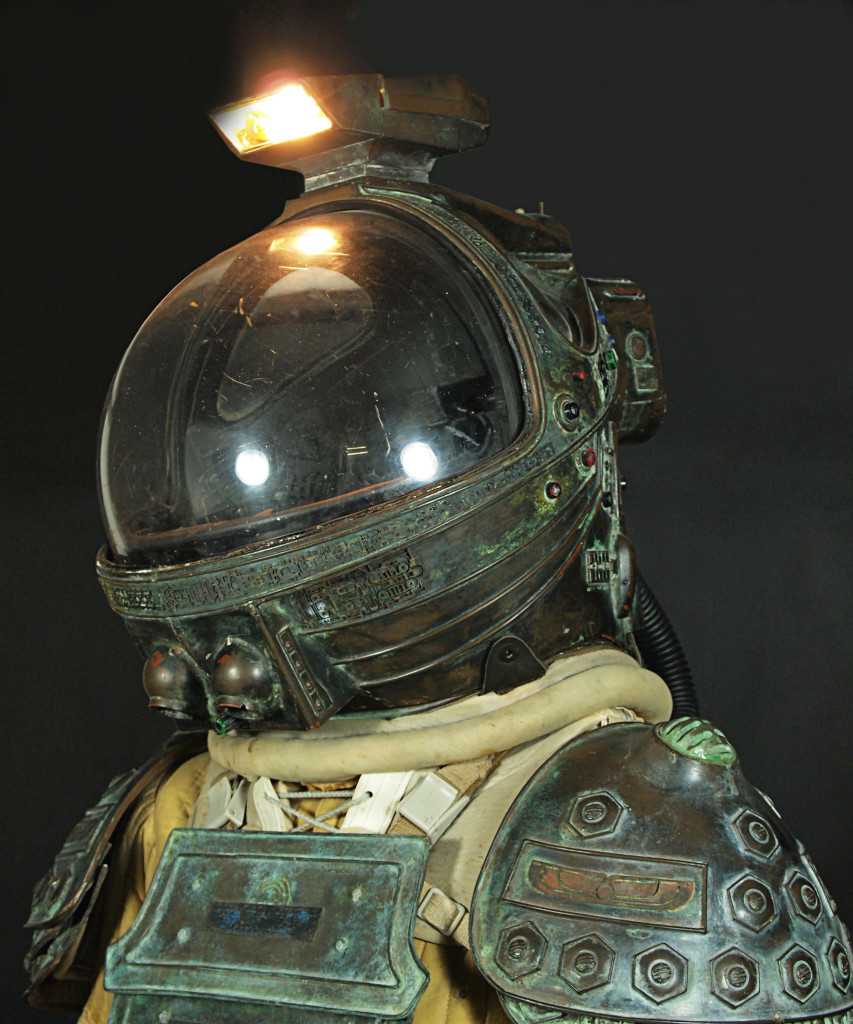 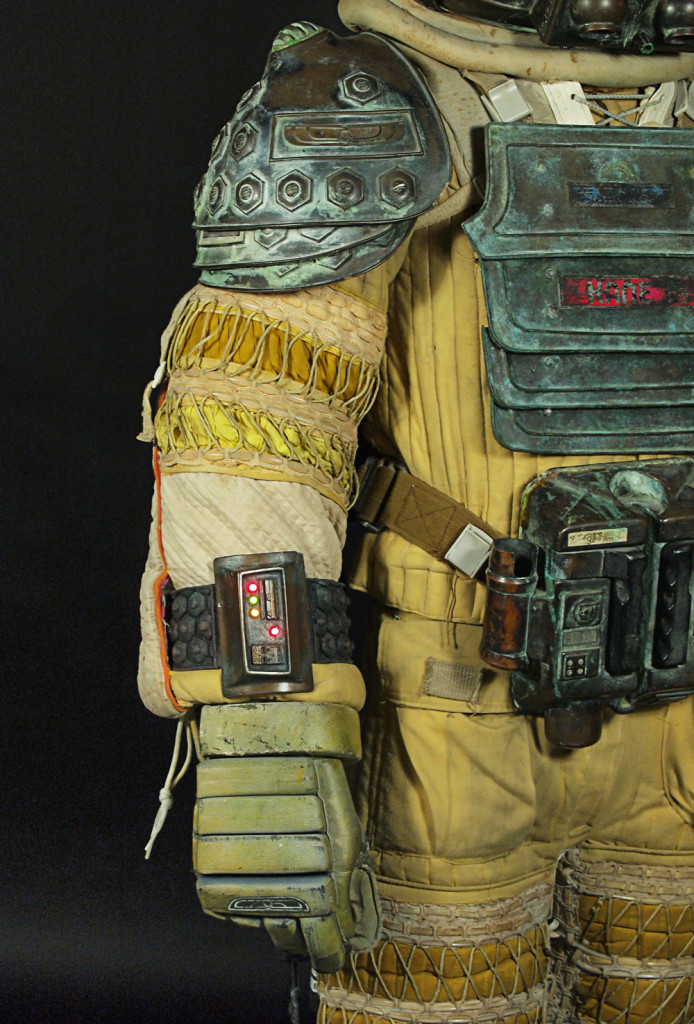 Check out an interview with Propstore’s very own Stephen Lane from way back in 2012, when Propstore previewed the suit at Comic Con to coincide with the release of Ridley Scott’s Alien prequel, Prometheus, to find out a little more about this amazing suit:

Share
Related Articles
24.07.2020  |  Collections ,  Live Auction- Los Angeles 2020
NOSTROMO: A Legend Born, And Born Again l Entertainment Memorabilia Live Auction – Los Angeles 2020
The cover piece for our first ever Los Angeles-based Entertainment Memorabilia Live Auction is the 11-foot long filming miniature of the Nostromo from Ridley Scott’s horror classic, Alien. This artifact has been a part of Propstore’s company collection for over a decade, but wasn’t always in the camera-ready shape you see it in now. Read […]
20.11.2020  |  Live Auction - London 2020
Batman and the Joker | Designing Gotham
In this blog, we are looking into the design of two characters who are the epitome of hero vs. antihero – Batman and his infamous arch nemesis, the Joker – and how over several decades, the look of both has dramatically transformed.
19.05.2017  |  Uncategorized
Alien Covenant: Prop & Costume Exhibition
Check out this sneak peek at some of the props and costumes from the upcoming Alien: Covenant…
02.10.2012  |  Uncategorized
Propstore First Look: Propstore at Comic Con- Their Five-Year Mission
The very first Comic Con was held at the small U.S. Grant hotel in San Diego in 1970. Since then, the convention’s attendance and activities have steadily grown into the megalithic monster of entertainment that it is today. Unique vendors like Propstore have also shared in the convention’s growth, and their displays have enlarged steadily […]
Sign up to be in the know