With Christmas just around the corner, you might still be looking for a special gift to make this festive season one to really remember! Prop Store have over 7000 items for you to browse online, with great items from all your favourite films and TV shows like Star Wars, Jurassic Park, The Simpsons and much more!

Check out some of the items on our Christmas Wish List this festive season, and maybe add a couple to your Santa list this year… 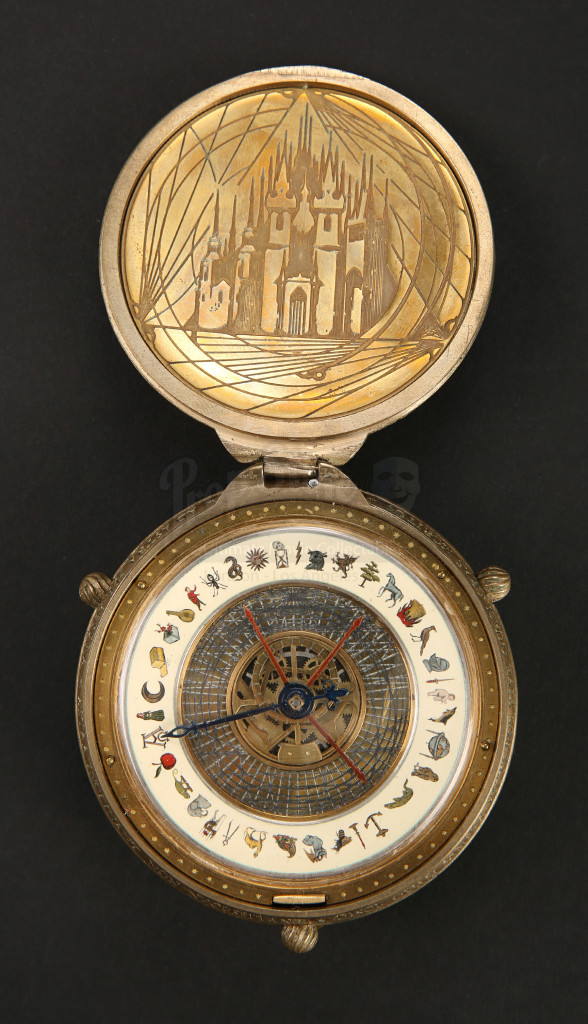 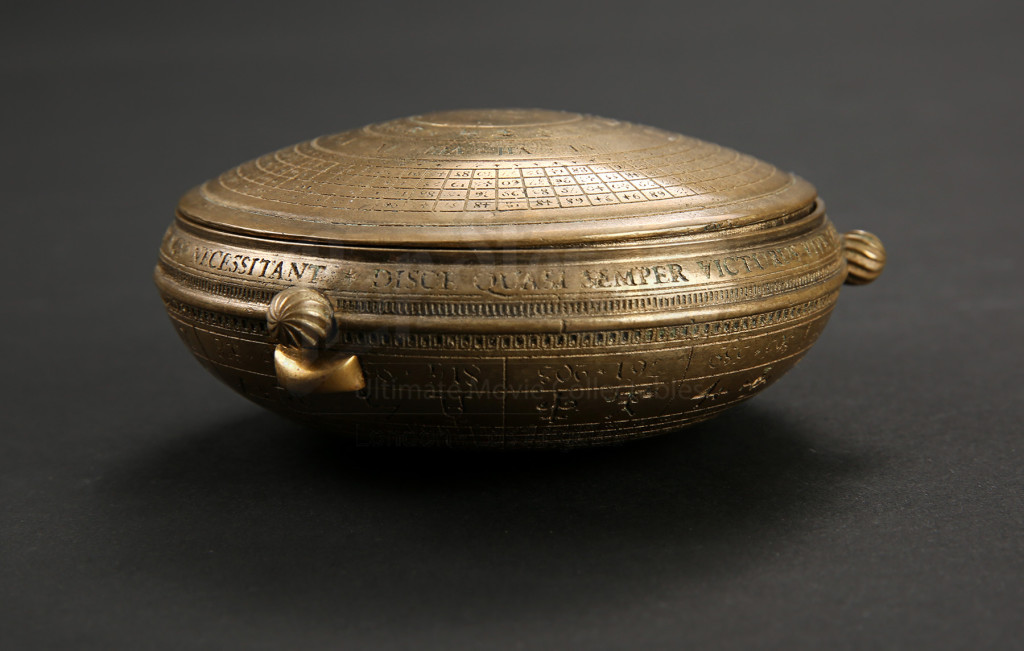 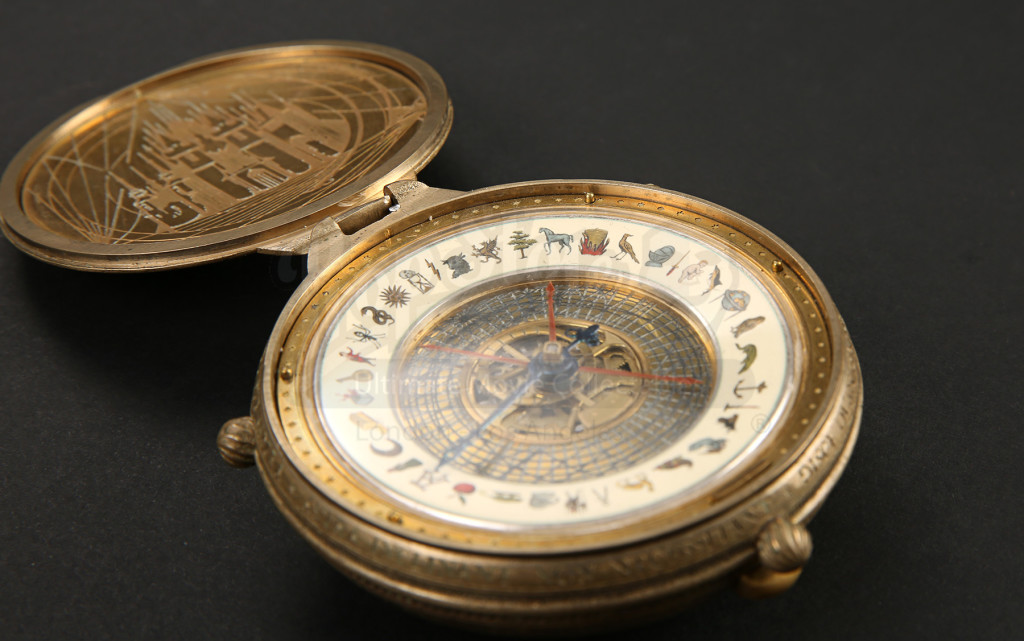 This Golden Alethiometer is from Chris Weitz 2007 fantasy film The Golden Compass, starring Nicole Kidman and Daniel Craig. The Alethiometer (aka the golden compass or the “truth measure”) is seen throughout the film, revealing future or past events.

The prop features a metallic outer casing that has been engraved with hundreds of numbers and symbols. At the press of a switch, the device opens to reveal the interior truth measure, which includes four hands that point towards the symbols that frame the interior of the device.

This beautifully presented prop is a perfect addition for anyone looking for something a little special to put under the tree this Christmas time! 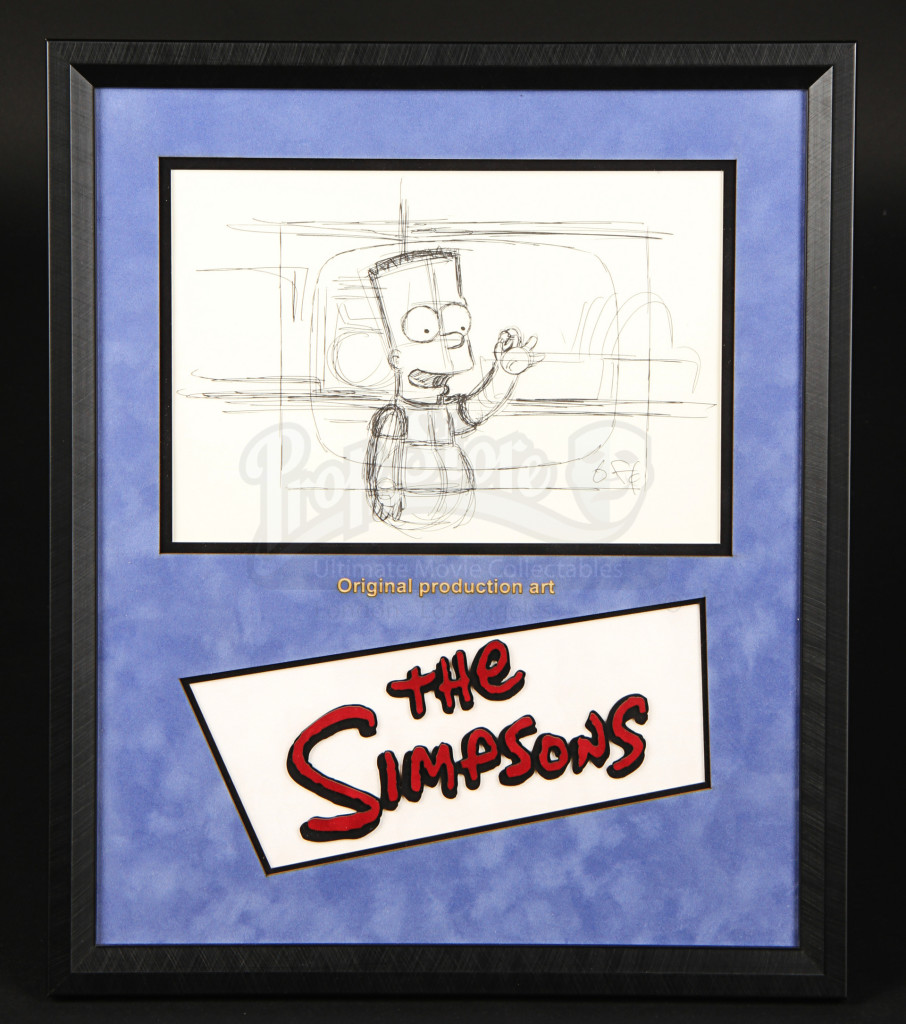 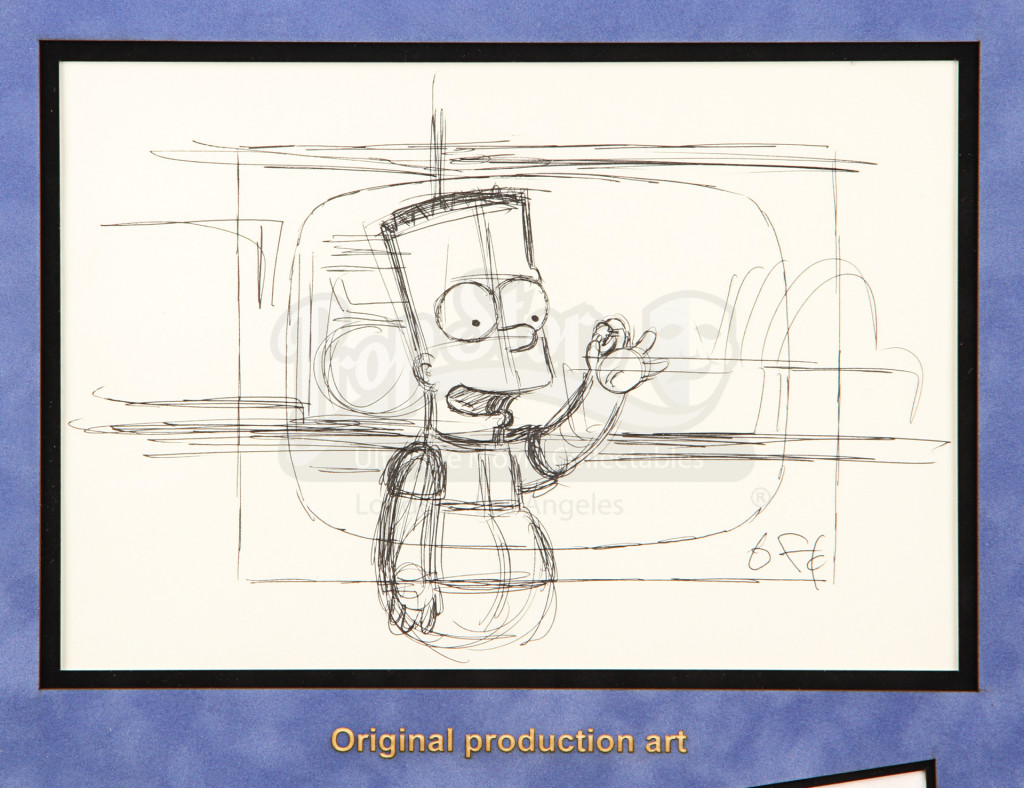 Check out this amazing original piece of hand drawn Bart Simpson artwork from the hit comedy cartoon show The Simpsons. This sketch would have been created as part of the process for creating the episode’s final animation artwork. The artwork remains in wonderful condition and is presented in a fantastic custom-built display with laser cut mount board depicting the series’ title artwork.

This iconic piece of TV history is a definite must-have for anyone looking for a special holiday gift! 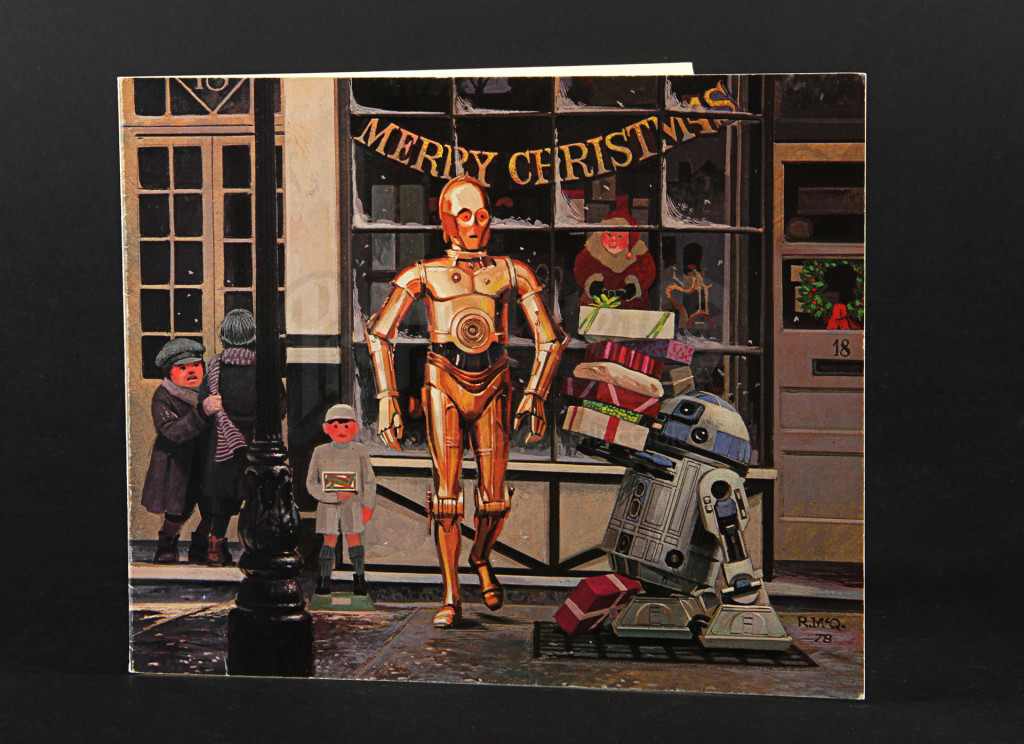 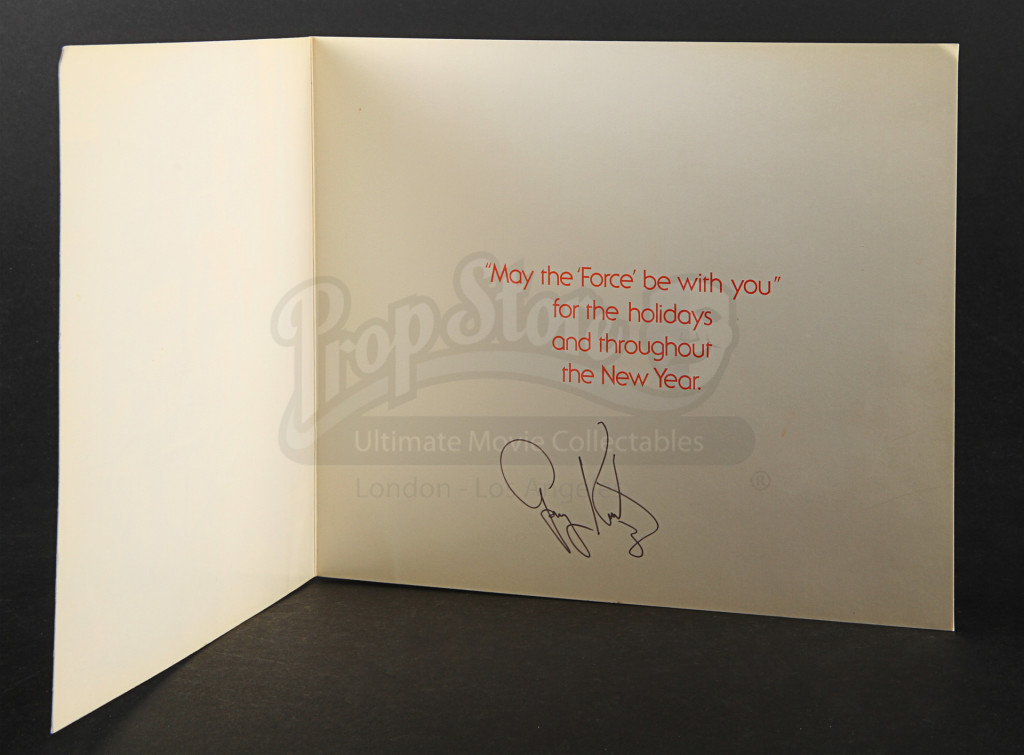 Looking for a Christmas card with a difference this Christmas? This Star Wars themed Christmas card, was given to personnel involved in the Star Wars franchise in 1978 in the run-up to the production of Star Wars Episode V: The Empire Strikes Back. The card features artwork by Ralph McQuarrie featuring R2-D2 and C-3PO and the interior reads “May the Force be with you for the holidays and throughout the New Year”, and is signed by famous Star Wars producer Gary Kurtz in black ink at the bottom. 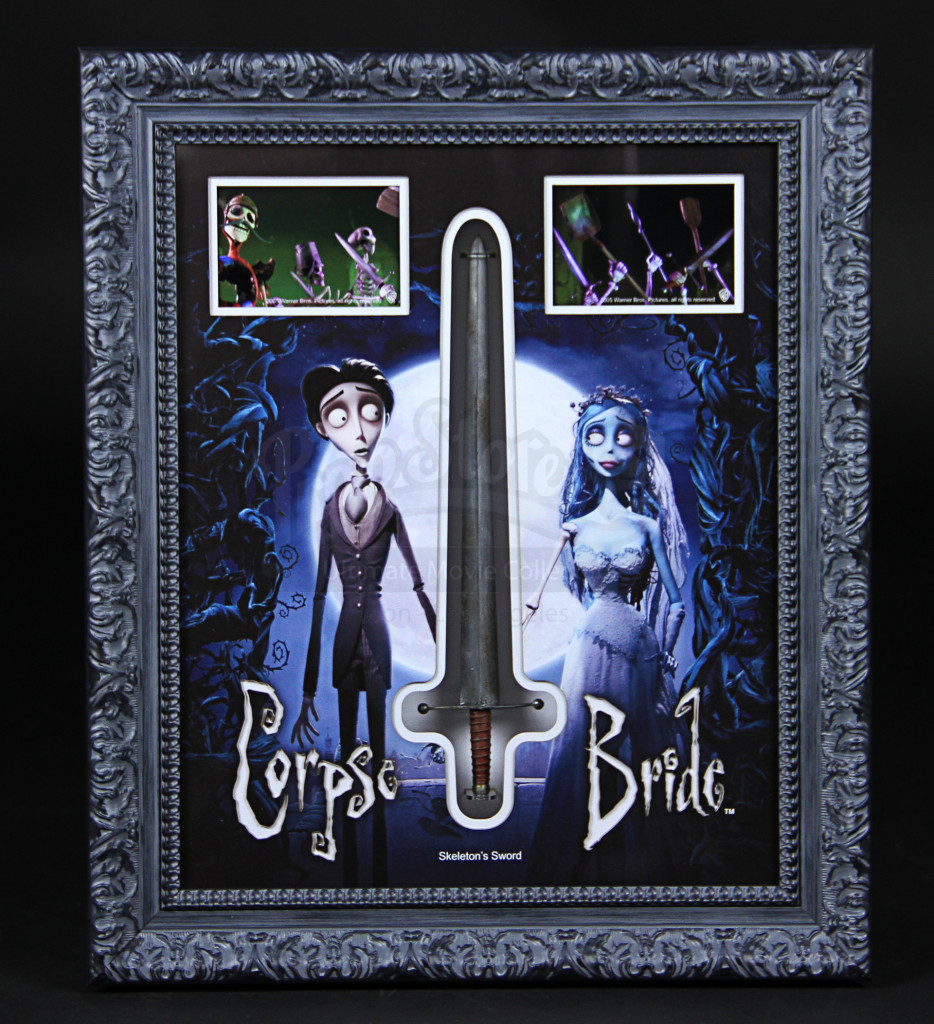 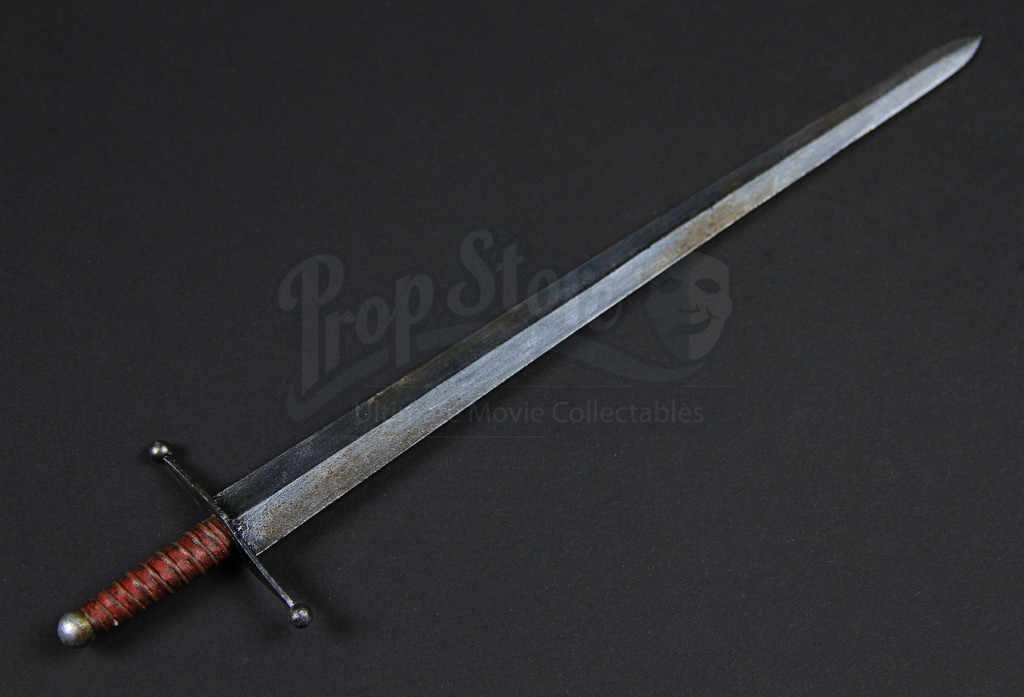 This wonderfully detailed prop sword was used in the production of the Tim Burton stop-motion film The Corpse Bride. This style of sword was carried by one of the skeleton soldiers marching under the banner of General Bonesapart (Deep Roy). Made of metal with a resin handle, the long sword has a broad, flat blade which has been distressed to look worn and used from the many years spent in the underworld. The sword is finished in metallic steel tones with brown paint used to finish the grip.

In good production-used condition, the sword comes presented in a bespoke framed display featuring a laser-cut mount board with the film’s title, two stills from the film and an opening front panel allowing direct access to the piece.

This piece would definitely make a wonderful gift for any Tim Burton fan! 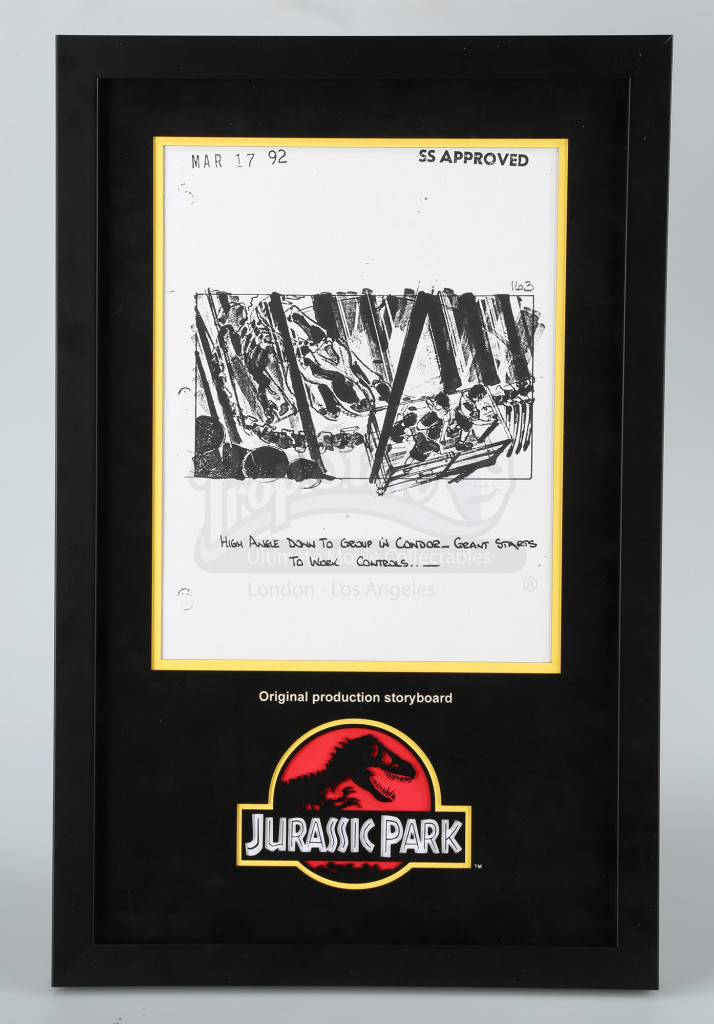 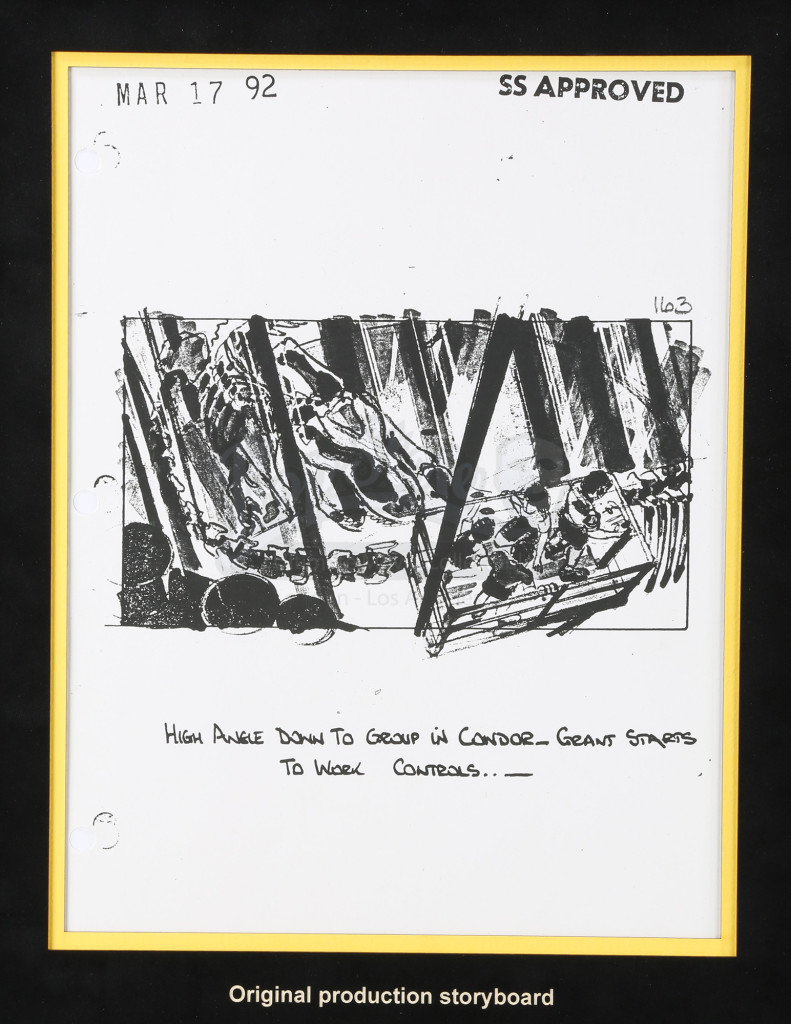 This next piece is an amazing signed original production used storyboard from Steven Spielberg’s Oscar-winning Jurassic Park. This stunning storyboard came from a complete set created for the dinosaur effects sequences, which included everything from small puppet sequences through to full-scale dinosaur puppetry and visual effects sequences.

Acquired from the collection of the esteemed visual effects artist and “Dinosaur Supervisor” Phil Tippett – who would receive an Oscar for his work on the film – this storyboard shows the scene in which Grant, Sattler, Lex and Timmy crawl onto the platform high above the Visitors Center atrium after crawling through the air ducts.

The storyboard comes already beautifully presented in a custom built framed display with laser-cut mount board featuring the classic movie title and would definitely be number one on any fans wishlist, this Christmas! 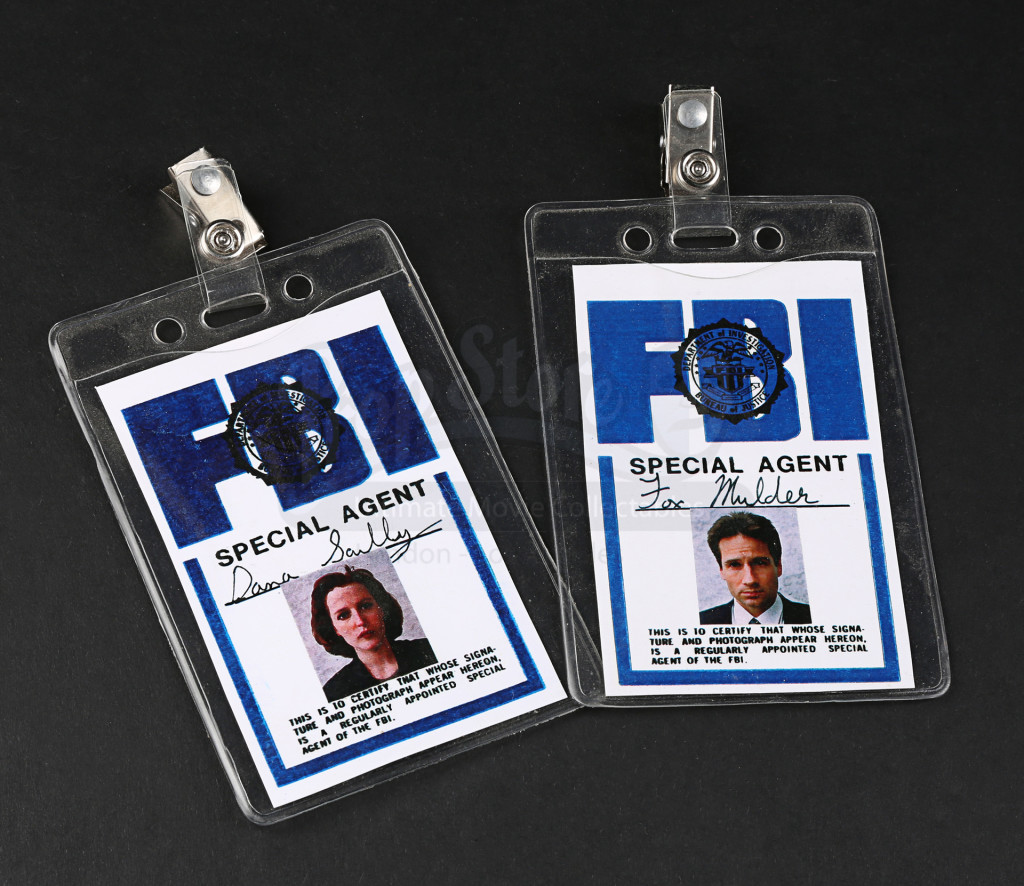 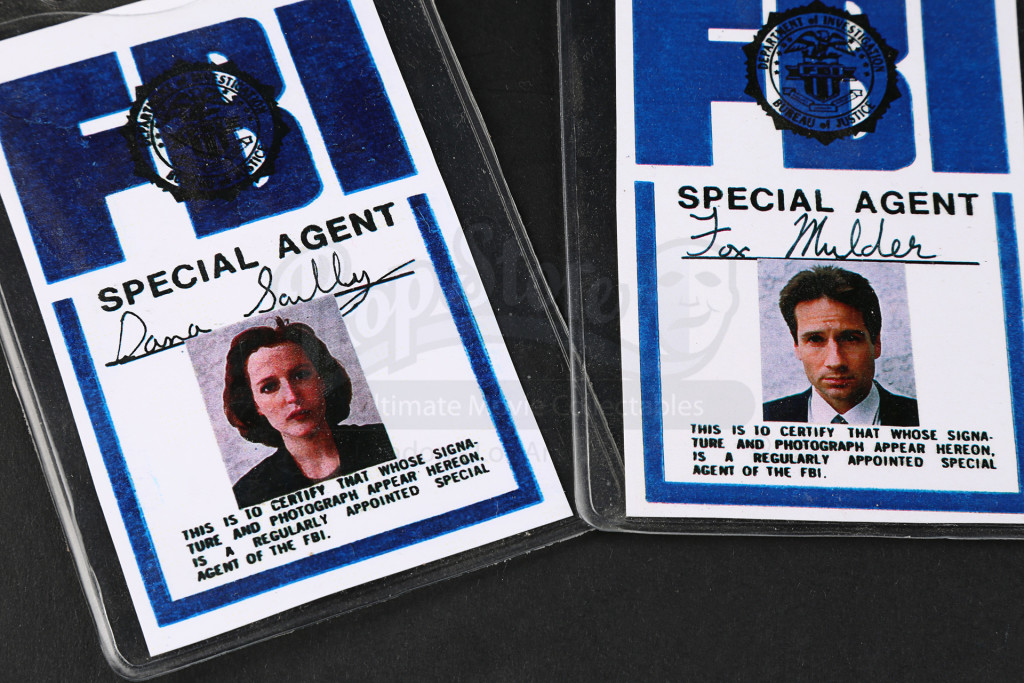 This iconic pair of IDs used in the production of the hit sci-fi TV series The X-Files would make a wonderful gift for any fan of the cult 90’s film!

The IDs are made of card with printed FBI graphics bearing photographs and printed signatures of the two stars of the show. The cards are retained in transparent plastic wallets with metal clips at the top.

Get these amazing items now before they’re gone! 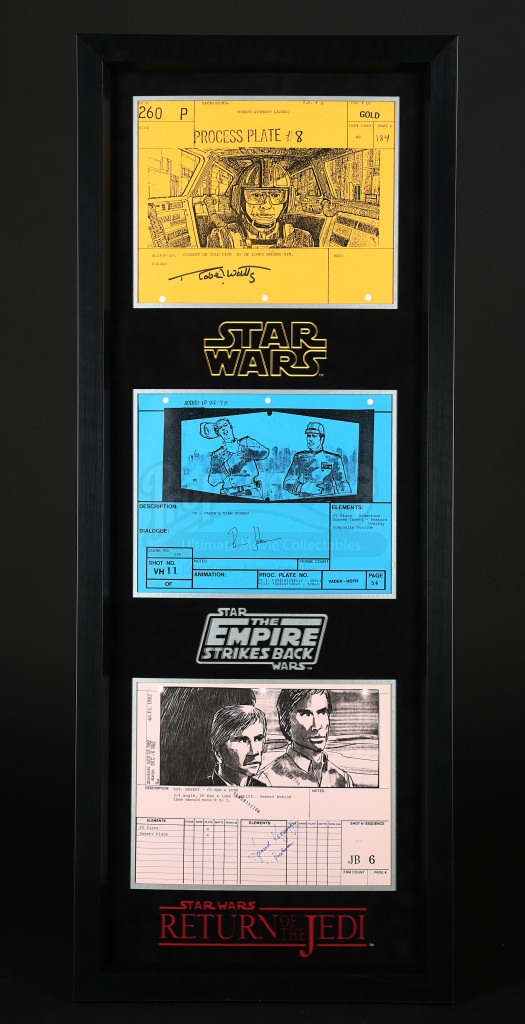 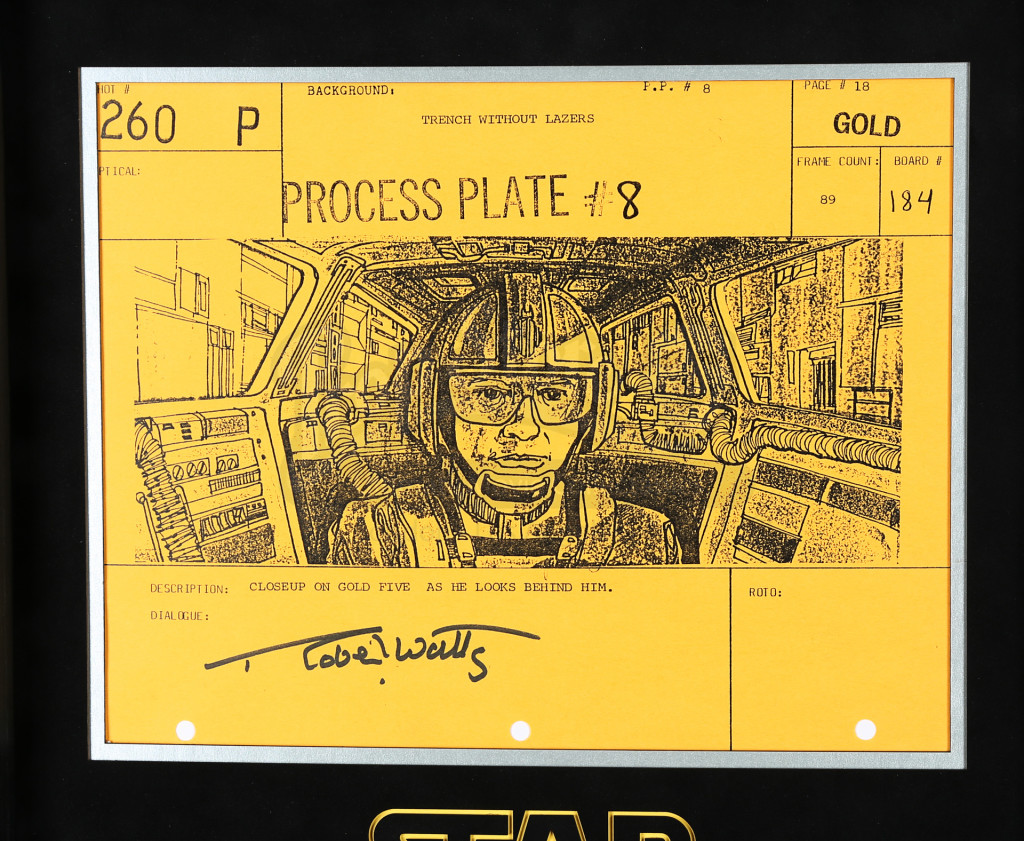 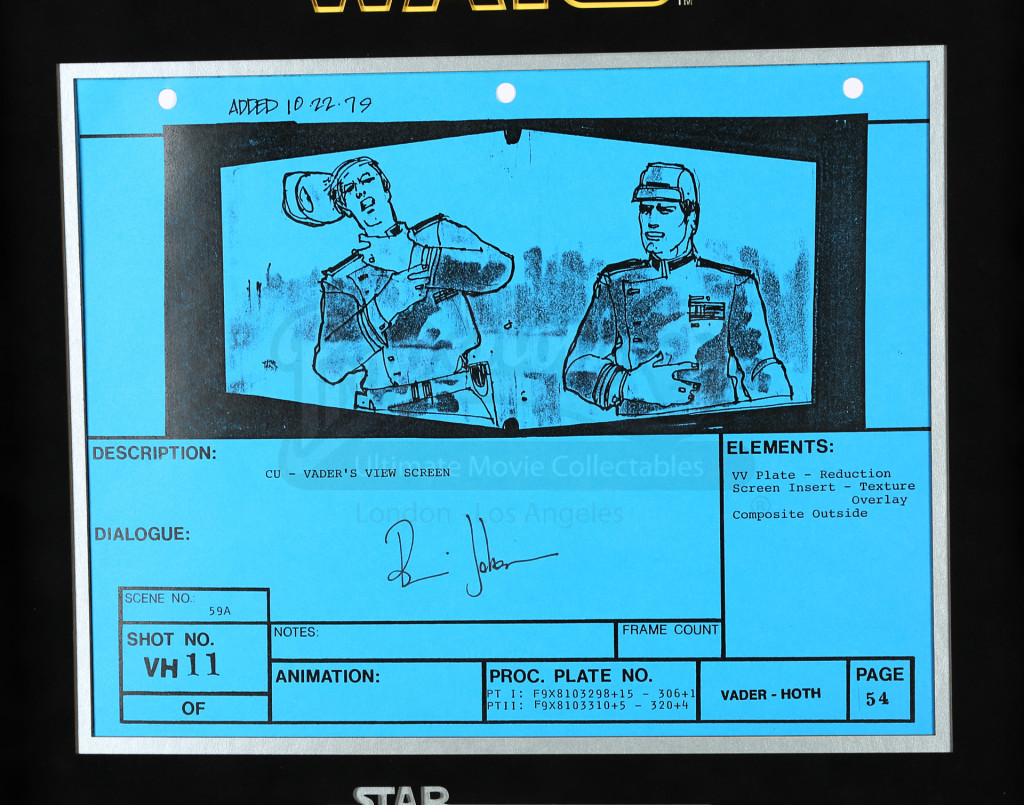 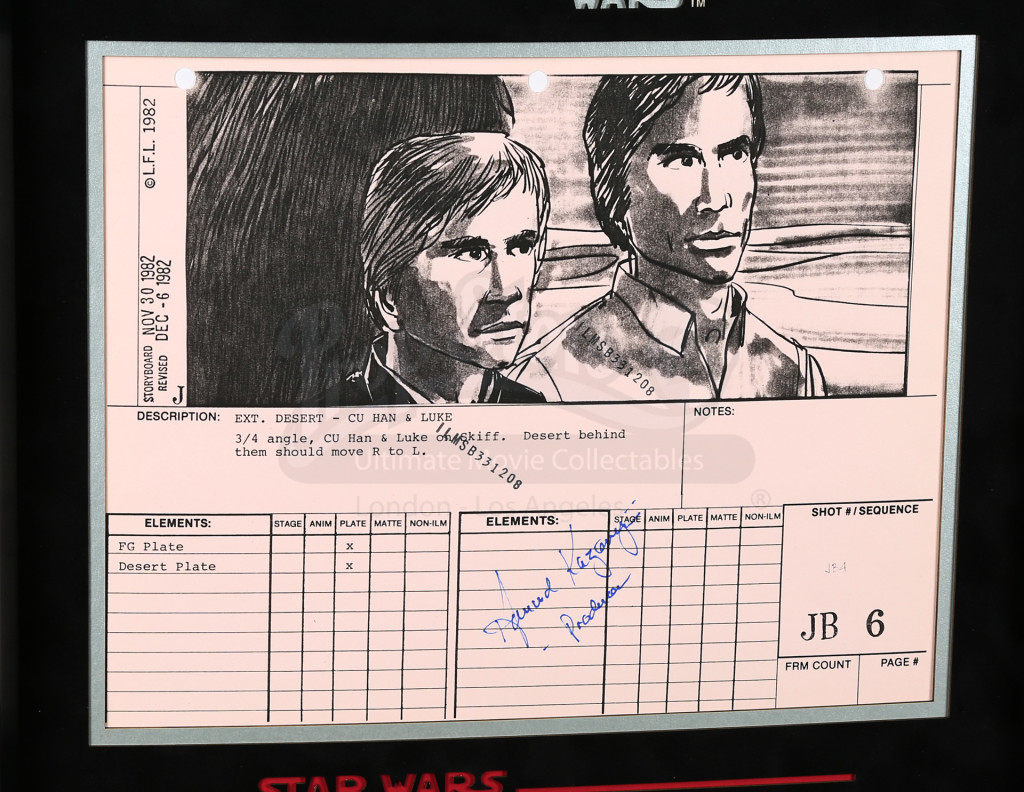 This unique storyboard set offers a truly fantastic insight into the making of the movies at such an early stage of the production and would make a perfect gift for any new collector or Star Wars fan! 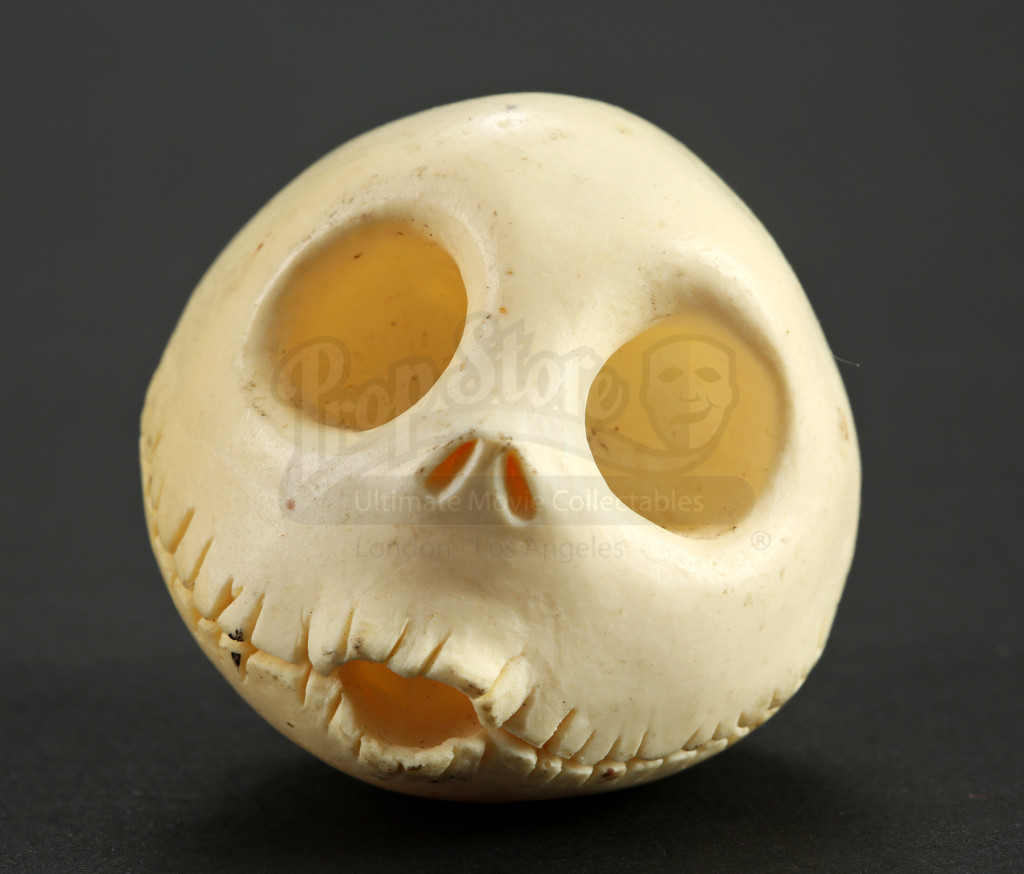 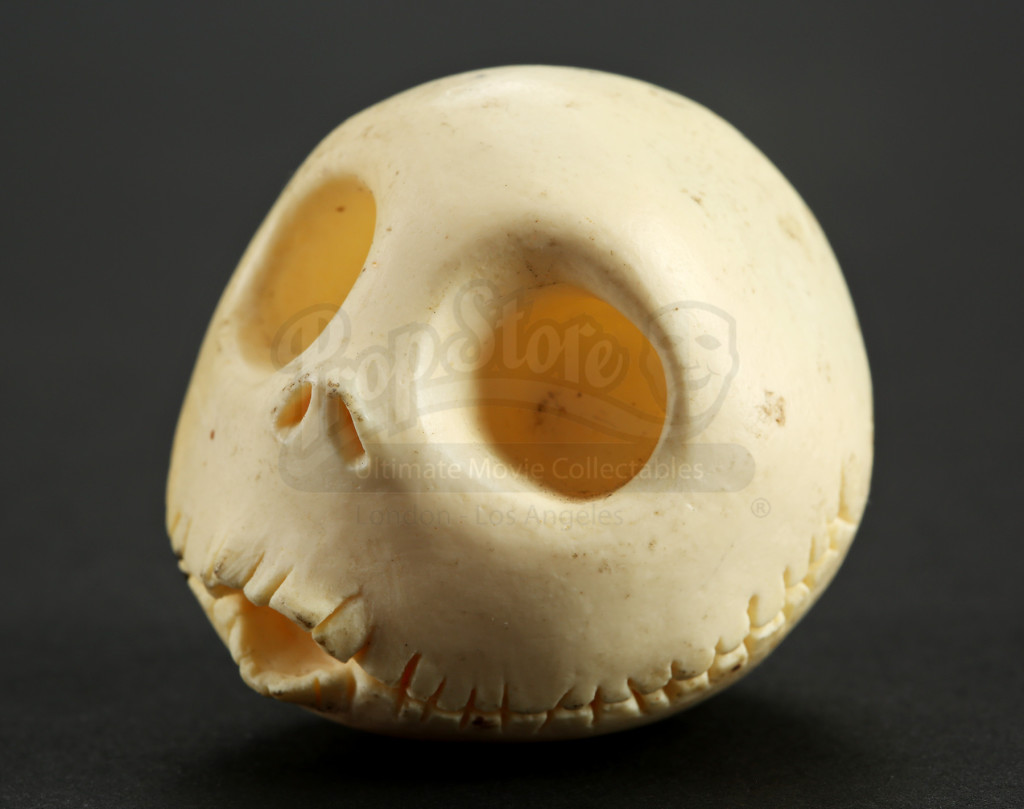 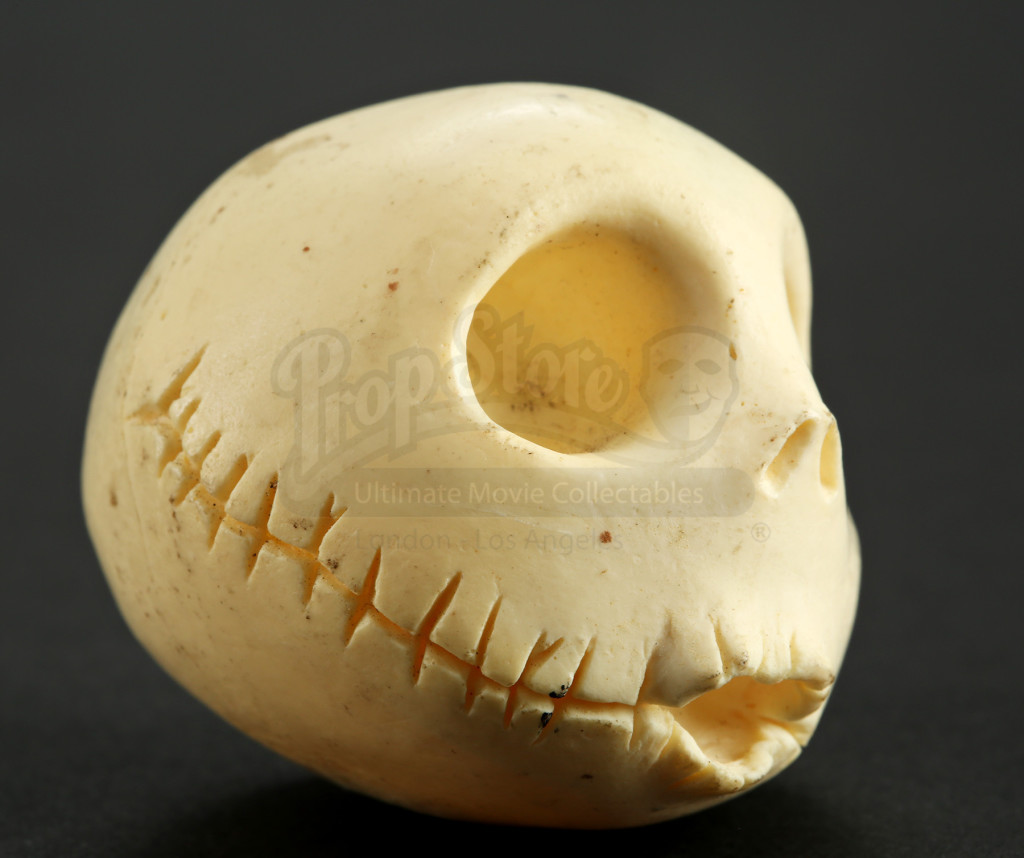 This production made Jack Skellington head casting was created for the cult Christmas 1993 stop motion hit, The Nightmare Before Christmas. Made of resin, this head features the face of Jack Skellington, the film’s protagonist, with his mouth in a rounded, speaking expression. The head is cast over metal hardware, which allowed the piece to attach to the rest of Jack’s body.

Get your very own piece of iconic Christmas film history and make this festive season one to really celebrate! 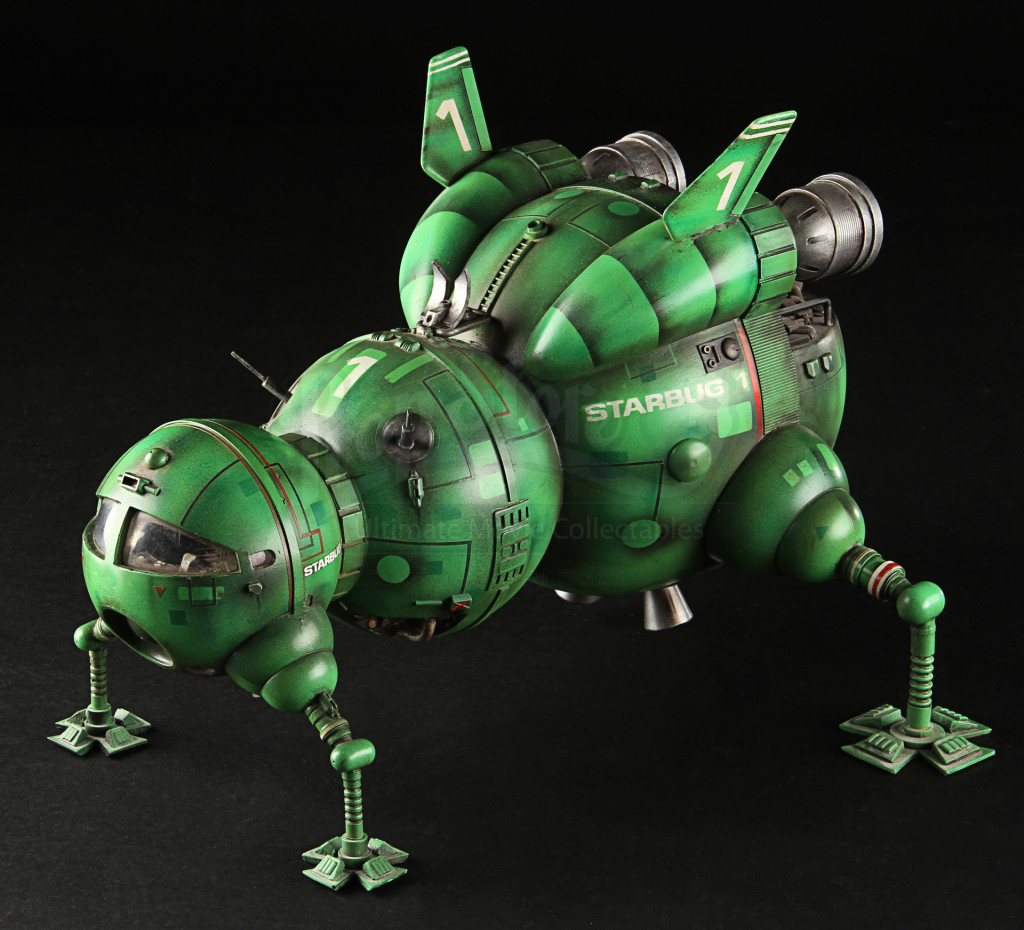 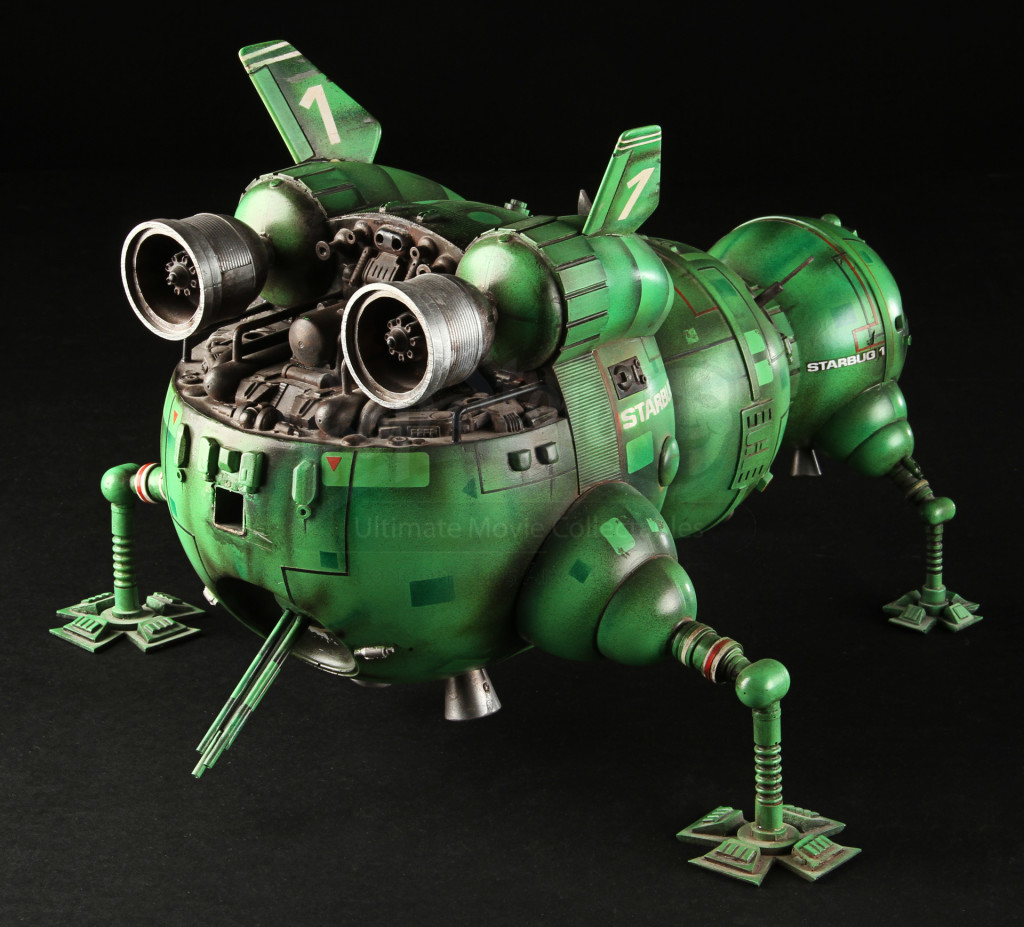 This miniature Starbug model from the BBC comedy TV series Red Dwarf is an instantly recognisable and much loved part of the comedy series.

Made from moulded plastic and accessorised using the ‘kit bashing’ method, the medium-scale piece is finished in its distinctive green paint finish with ‘Starbug 1’ markings and various red and black panel lines and markings applied. The rear of the spaceship is finished in metallic gunmetal grey with weathering applied to the engine nozzles and across the ship’s fuselage, whilst a clear screen allows you to see into the cockpit.

Get your very own ‘star’ to adorn your Christmas tree with this wonderful piece from the cult TV series Red Dwarf! 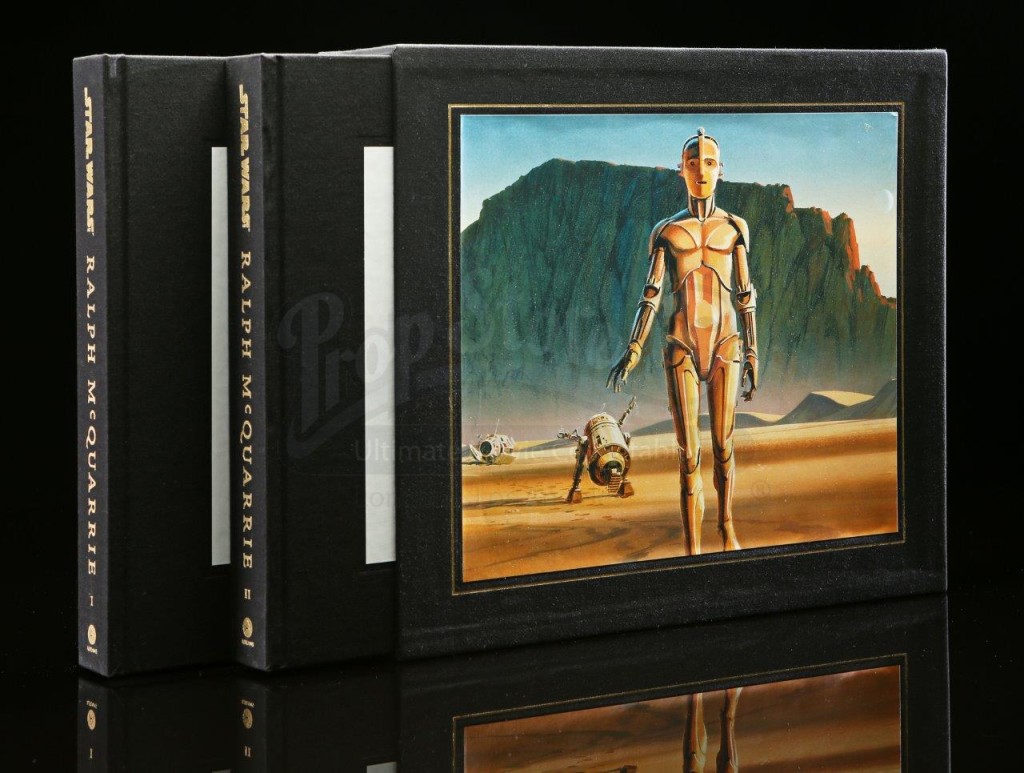 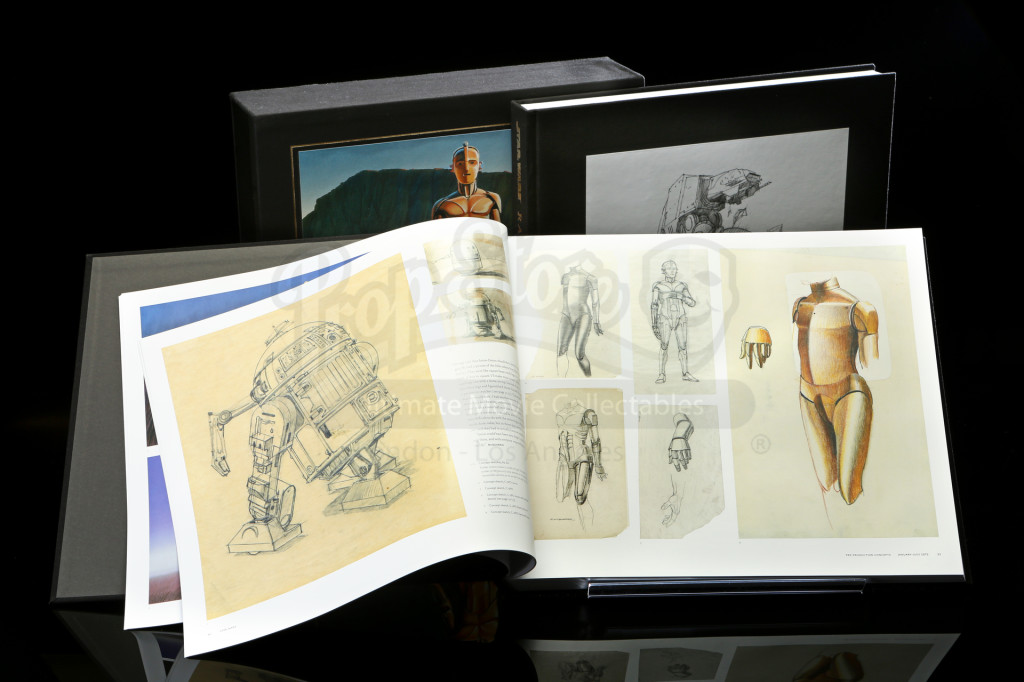 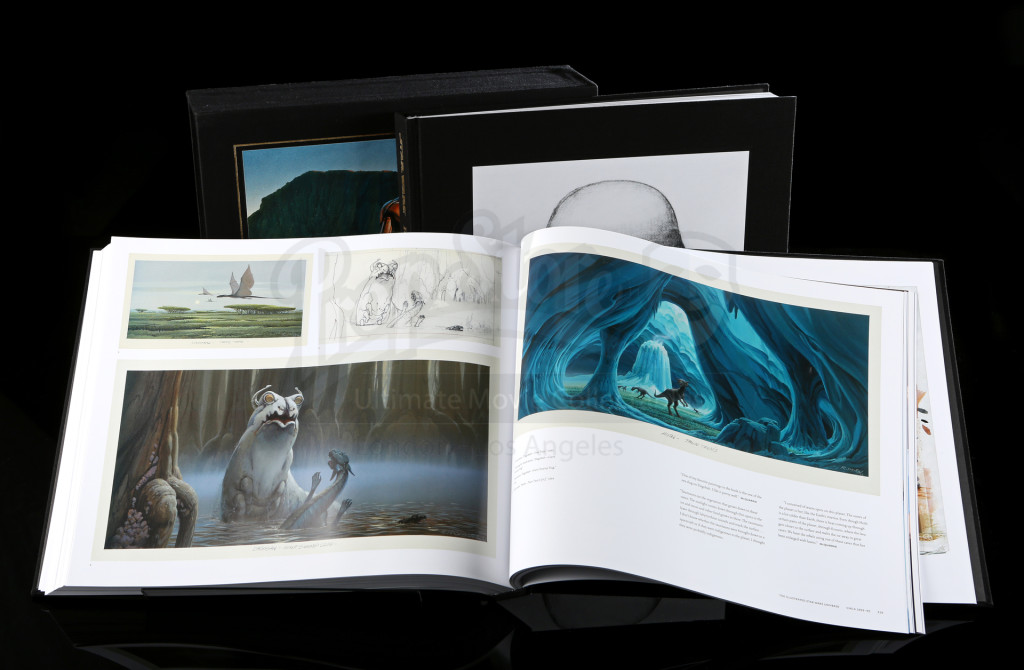 Ralph McQuarrie’s innovative concept design laid the visual foundation for the Star Wars universe and gave a signature aesthetic to a series that would evolve into a cultural phenomenon. This beautifully bound two-volume set offers a retrospective of Ralph McQuarrie’s most famous artwork, with new illustrations and interviews published for the first time, all offering a personal and insightful look at McQuarrie’s career.

This amazing set of books on the art of Star Wars is a perfectly unique gift this year for any hardcore Star Wars fan!

Don’t forget, Prop Store are also currently running an amazing Christmas time offer for FREE WORLDWIDE SHIPPING* on selected items using the discount code “GIZMOSHIPPING” – but you’ve not got long left until the offer runs out, so hurry up and order your very own piece of movie and TV history!

*Offer does not include auction or oversized items. We also cannot guarantee items shipping with this offer will arrive in time for Christmas. Please message our shipping department team at shipping@propstore.com for an accurate delivery estimate and also check with your country’s own final Christmas postage dates to avoid disappointment.