If you’ve ever been on a film set, or watched a behind-the-scenes documentary, you might have seen crew wearing T-shirts, jackets and other memorabilia from different productions. Clothing is a common gift for the cast and crew, often used as a present when a film or TV season wraps so they can remember the time they spent working together. Lurking within Prop Store’s archives is a variety of these items from all sorts of films, so if you love a movie and you want something unique, take a look at just a few of the pieces we have on offer. 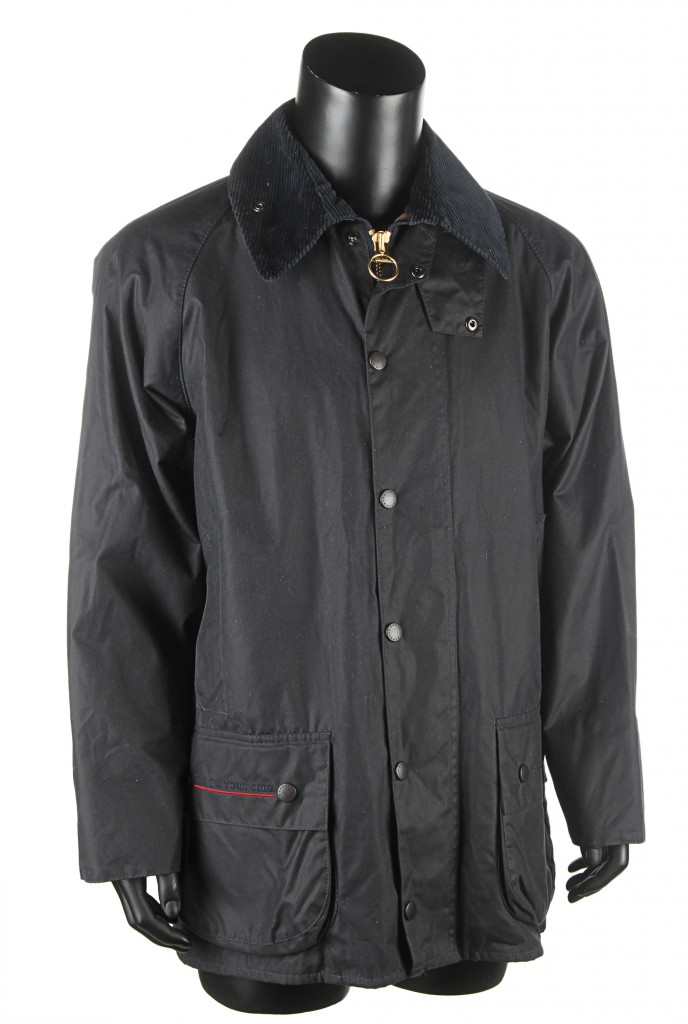 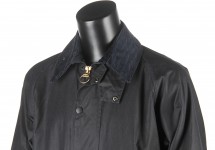 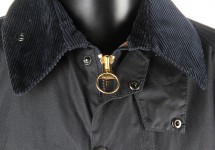 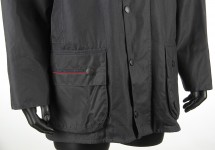 When you’ve got a big scale production, such as Ron Howard’s first Dan Brown adaptation, you’d naturally expect a little quality in your crew gift. So this waterproof item – with unobtrusive logo, if you’re looking to have it for everyday use – is a classy example of something handed out to the various departments. It’s also perfect if you’re slogging through bad weather unravelling a centuries-old conspiracy. 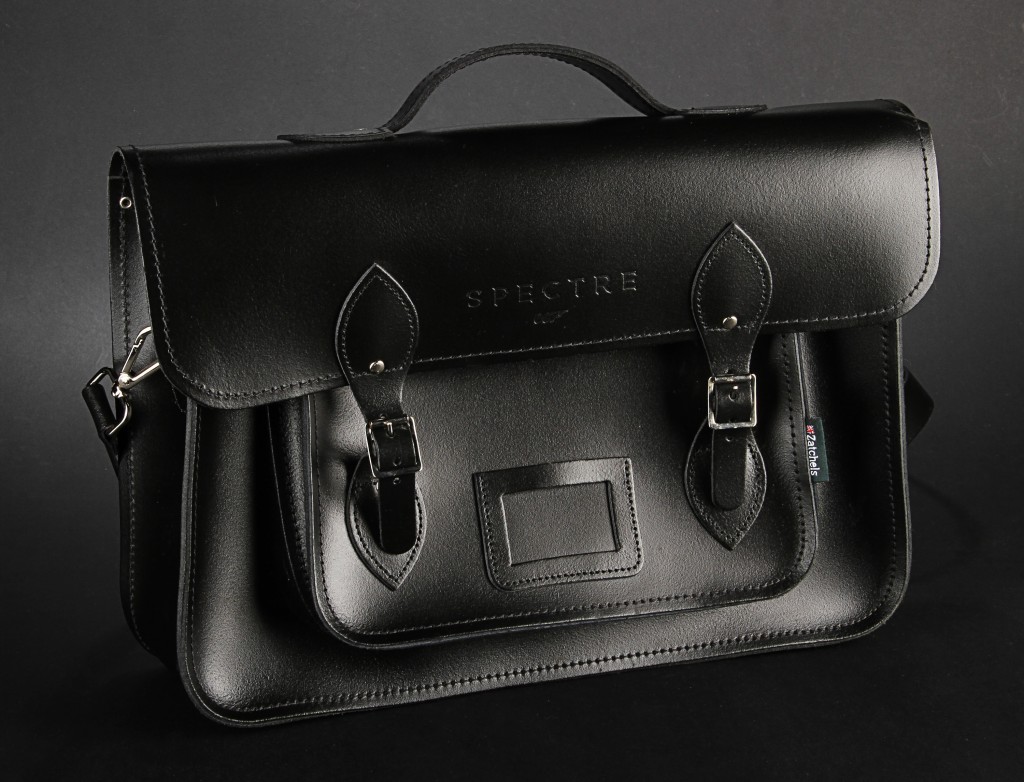 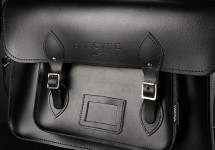 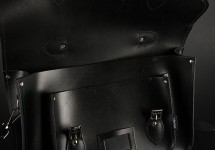 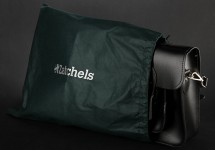 This funky satchel was actually given out by Bond himself, Daniel Craig, at the end of Spectre’s long production schedule. It’s a well made bag ideal for fitting in all those gadgets or weapons that you might habitually carry around. Or, you know, for a laptop or book. Your choice. 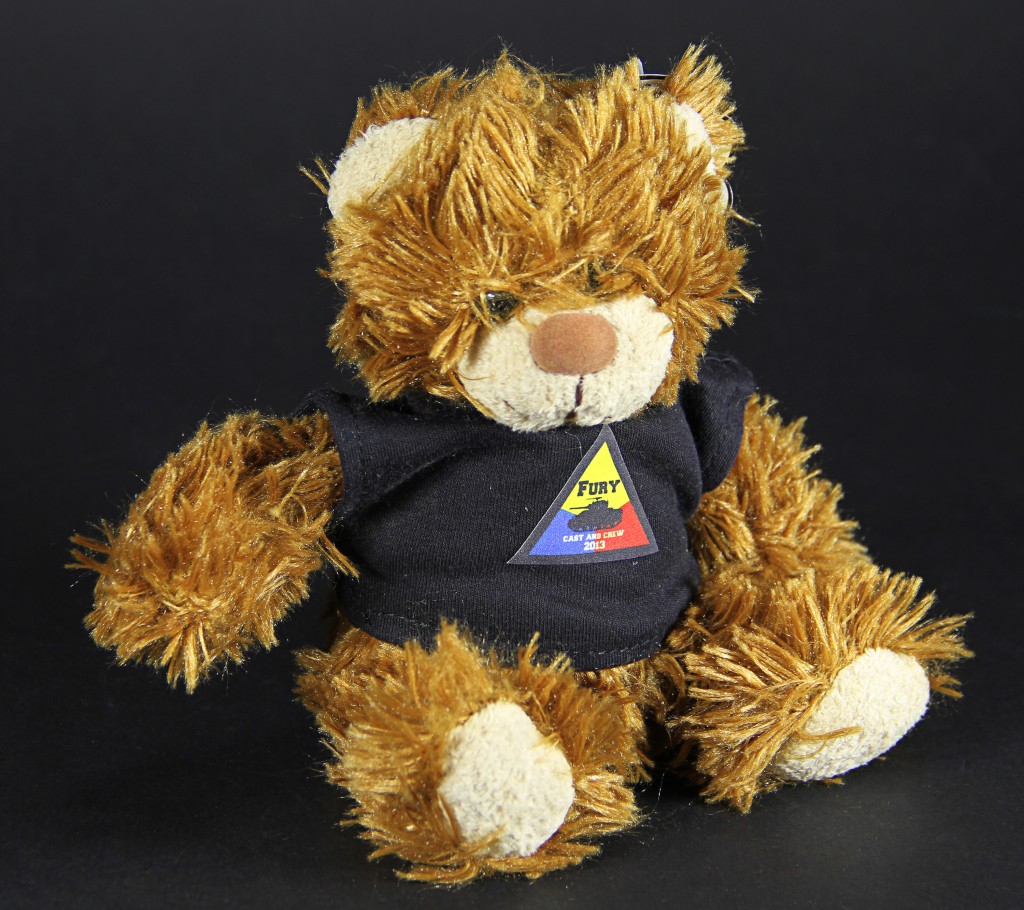 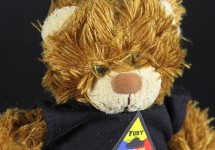 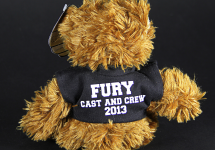 We couldn’t resist this one. You wouldn’t expect this one to be the gift from a drama about the rigours of war and male bonding, but here we are. And no, someone didn’t mishear the film’s title as “furry”. It’s still a great gift, and look at that face! Adorable. We bet Fury star Brad Pitt has this one at home. 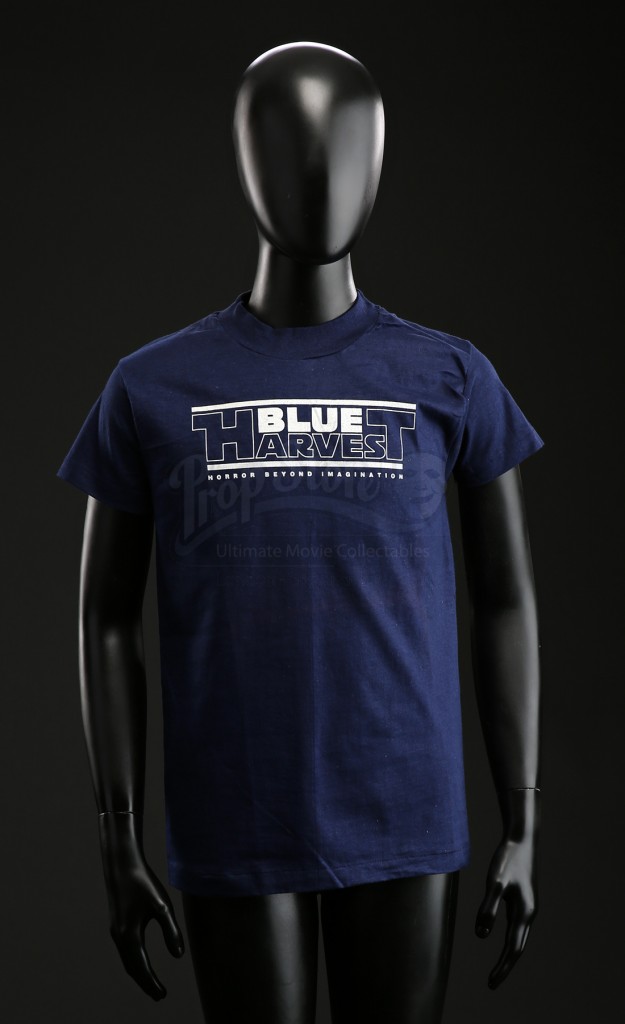 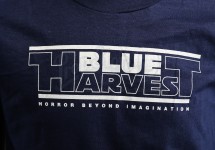 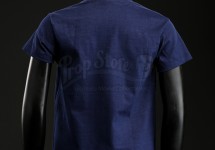 Tying into the fact that Jedi’s working title (chosen to mislead snoopers from the press) was Blue Harvest, this shirt is both a fantastic piece of clothing and a trivia answer all in one. We especially like that it plays into the idea of cloaking the film’s identity with that tagline – “Horror beyond imagination”. When we all know that the true horror was the Ewoks. Kidding… We love those furry little cannibals. 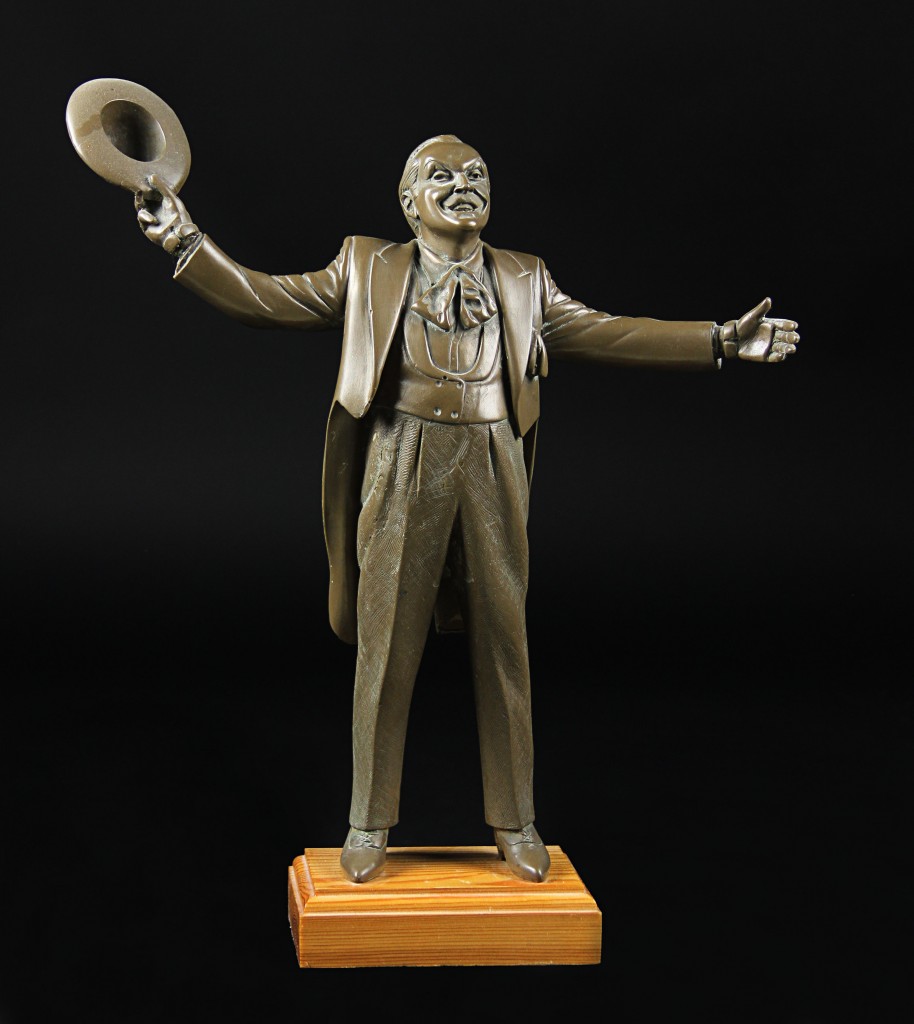 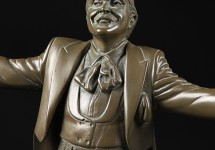 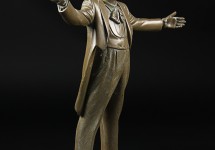 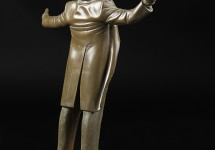 One of the more unconventional items to be found in this particular category, this is a remodeled version of a Joker statue given to the heads of department on Tim Burton’s first adventure with the Caped Crusader. Though it’s not one of the originals, it’s still a limited edition and is quite wonderfully made. Wait ‘till you get a load of this. 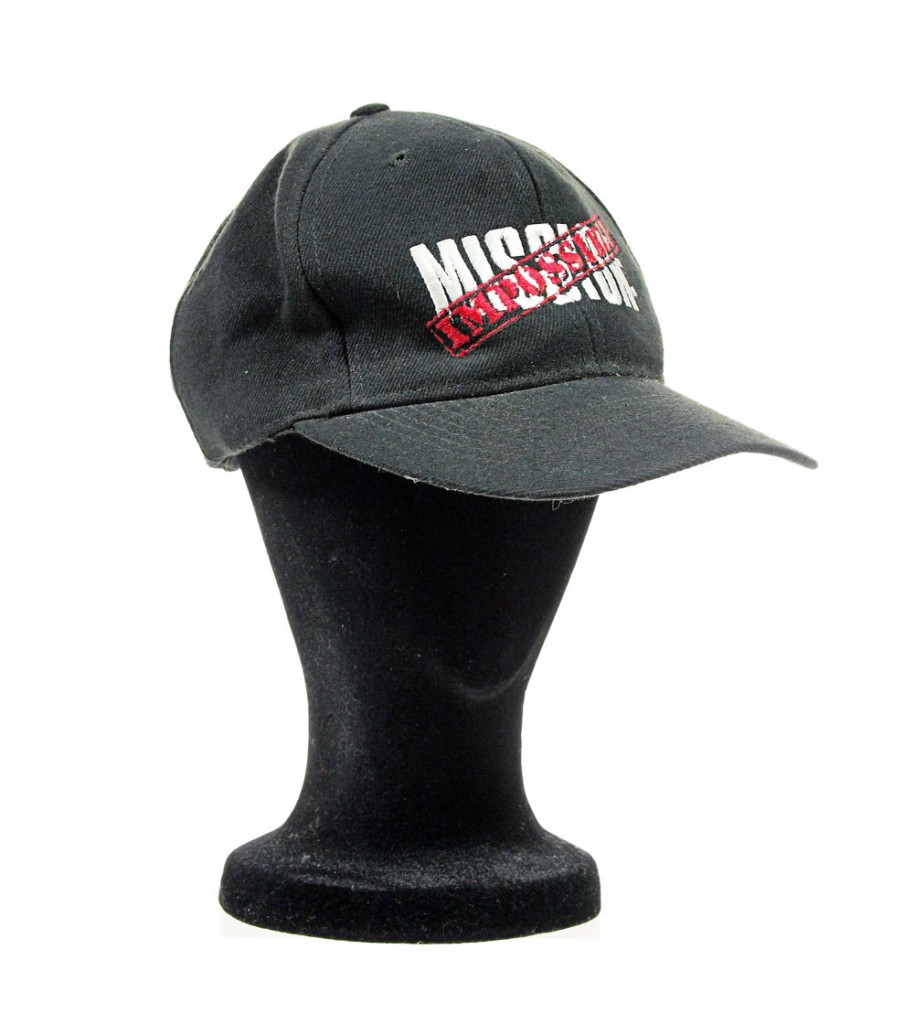 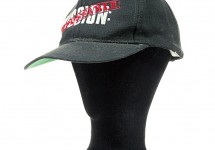 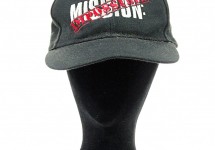 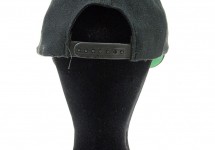 Who could have predicted, back when Brian De Palma made the first Mission: Impossible, that it would become such a strong and lasting franchise. Tom Cruise, that’s who, which is why he’s very rich. But caps are a traditional crew gift and we wanted to include one in the list, so why not an example with the iconic Mission: Impossible logo?

What would you wear proudly? Or even display? Tell us on Twitter (@propstore_com) and Facebook (www.facebook.com/PropStore). You can explore so much more at our archive and see the extensive range of film and TV items we have for sale and auction. Head to www.propstore.com.