From Alien to Zathura, this year’s Prop Store Entertainment Memorabilia Live Auction, held in partnership with the BFI IMAX and ODEON Cinemas, was a huge success and our feet have only just touched the ground again!

During an intensive 8 hours, the bidding was fast and furious (so much so that we half expected Vin Diesel to show up), and made this the UK’s largest of its kind. We’d like to everyone who helped make it such an outstanding success. 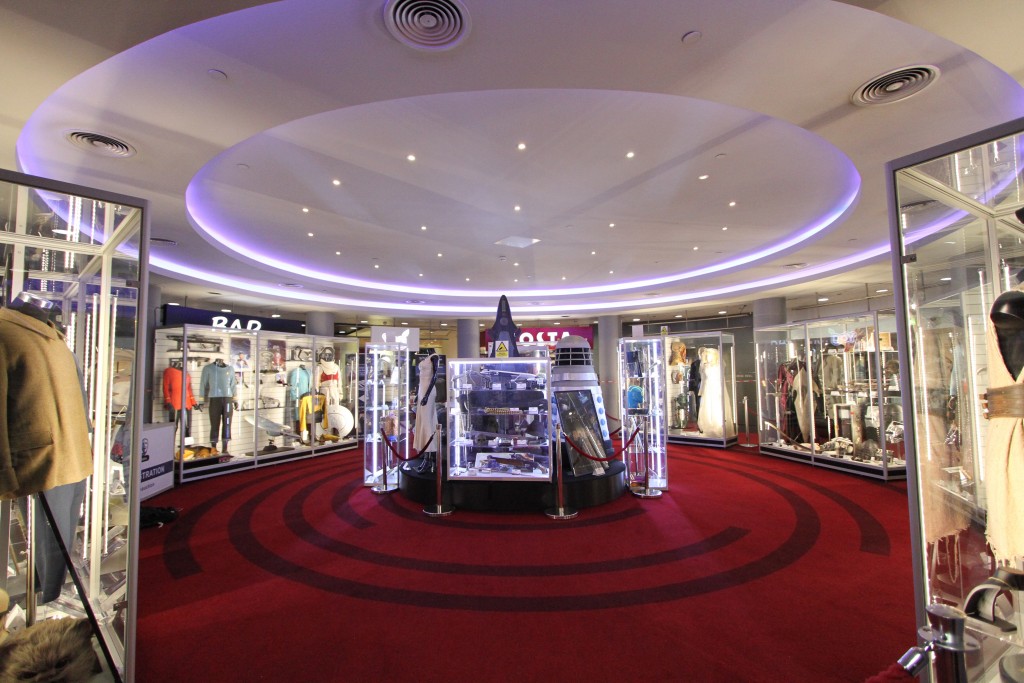 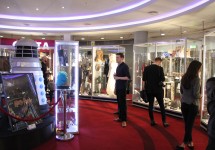 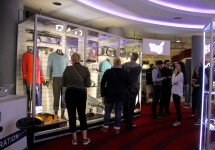 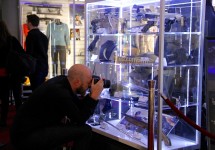 We kicked off proceedings with an exciting two-week exhibition held at our new venue, the BFI IMAX in Waterloo, London, showcasing just a selection of the items that would be available, prompting plenty of early interest and some wide eyes at the amazing props to be found. Star Wars legend Warwick Davis helped us open it in style and cracked everyone up with his anecdotes about his time working on Return Of The Jedi, The Phantom Menace and beyond. The things that man knows about Stormtroopers… 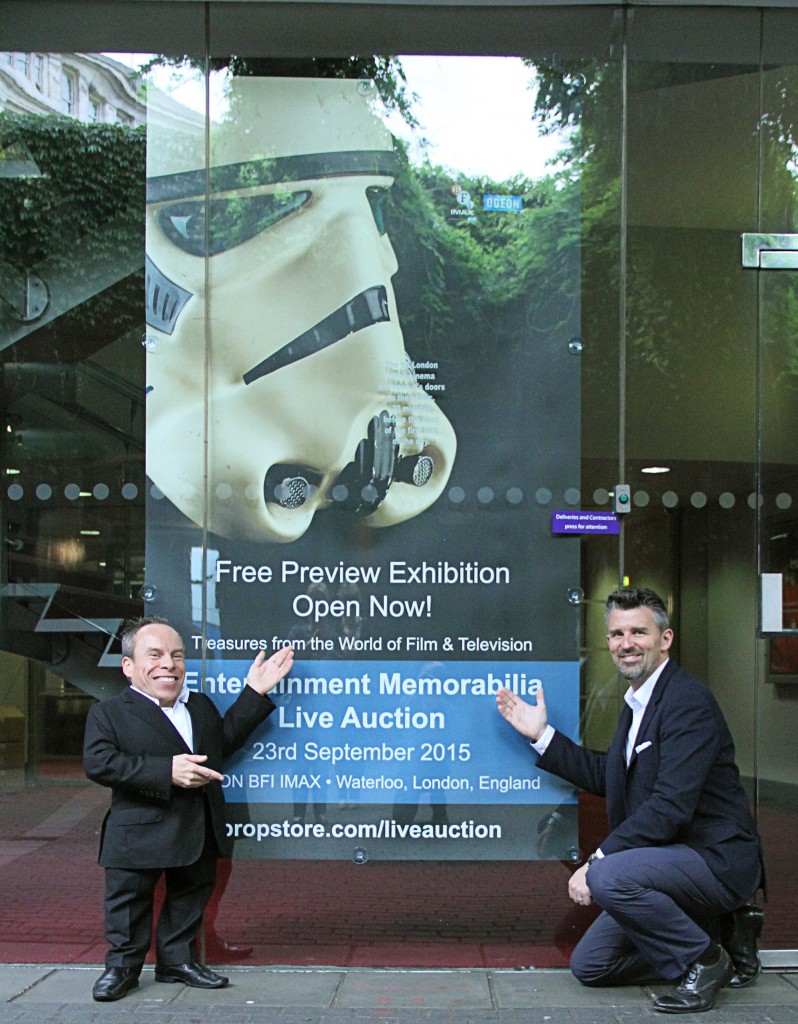 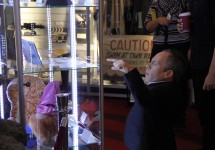 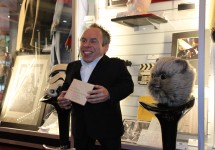 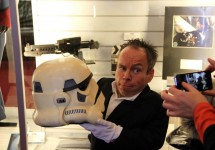 On the big day itself, there were the sort of exciting battles you don’t normally find outside of a James Cameron film… Except these conflicts were between the eager bidders, some of whom were glued to their cinema seats throughout the whole 8-hour auction. And from around the globe, thousands of you joined in online to bid and catch a glimpse of the action. 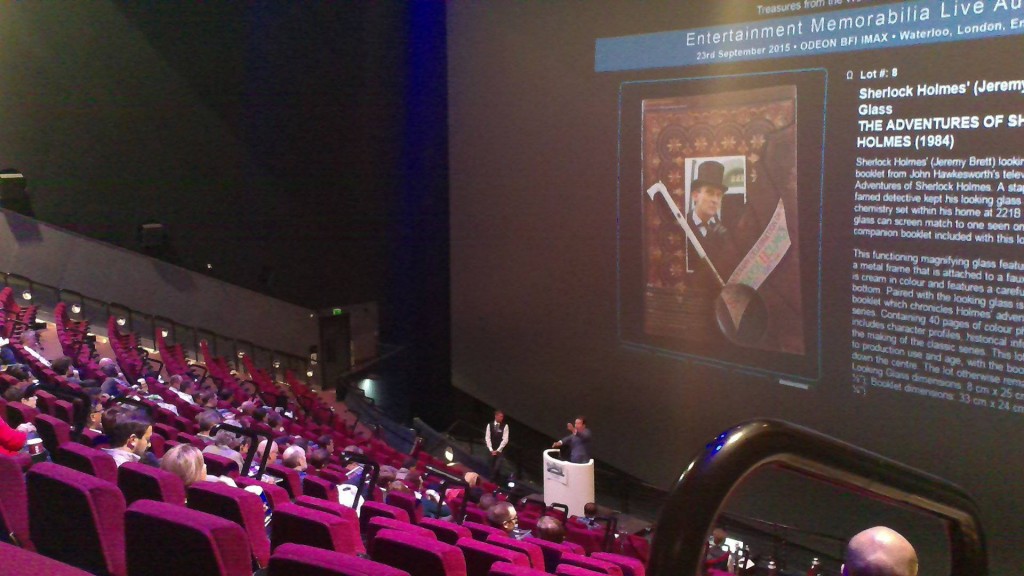 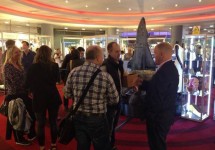 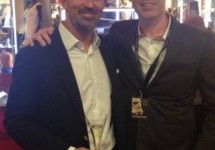 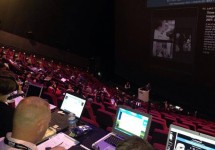 This was a ground-breaking auction in so many ways! With a remarkable 85%+ of the lots selling and smashing the £1 million hammer barrier, records were broken when a Stormtrooper Helmet from Star Wars: The Empire Strikes Back sold to the highest bidder for £78,000, with the winner showing much better targeting skills than the average Stormtrooper. There were more surprises too, with the Fifth Element Leeloo and Korben Dallas Multipasses fetching £42,000 and £24,000 respectively. The most unexpected battle was over the Legend Unicorn horn. It might just be a prop, but perhaps the new owner – who won it for an astonishing £13,200 – will be able to unleash some hidden magic powers. 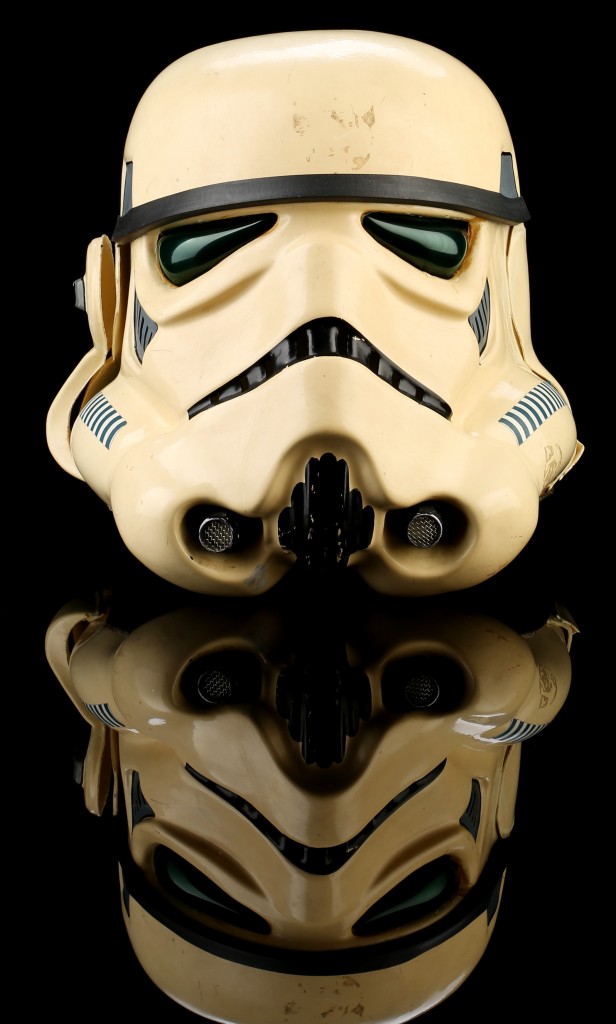 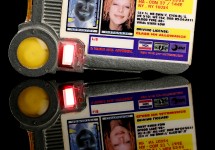 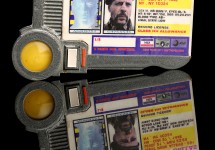 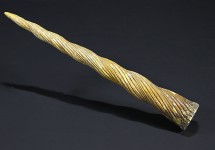 We’ve got plenty planned for the rest of 2015 and 2016 is shaping up to be even bigger and better, so be sure to register with us, keep your eyes peeled and watch out for updates!

We’re always on the look out for new consignments to feature in our next auctions so if you’re looking to part ways with some items in your collection, please do visit our Sell & Consign page to get started.

Til the next one!