He may not have an iron suit, an enchanted hammer, or a vibranium shield, but Phil Coulson’s brain and bravery make him as important a hero as any in the Marvel Cinematic Universe.

The cool gadgets and stylish wardrobe are pretty helpful, too. 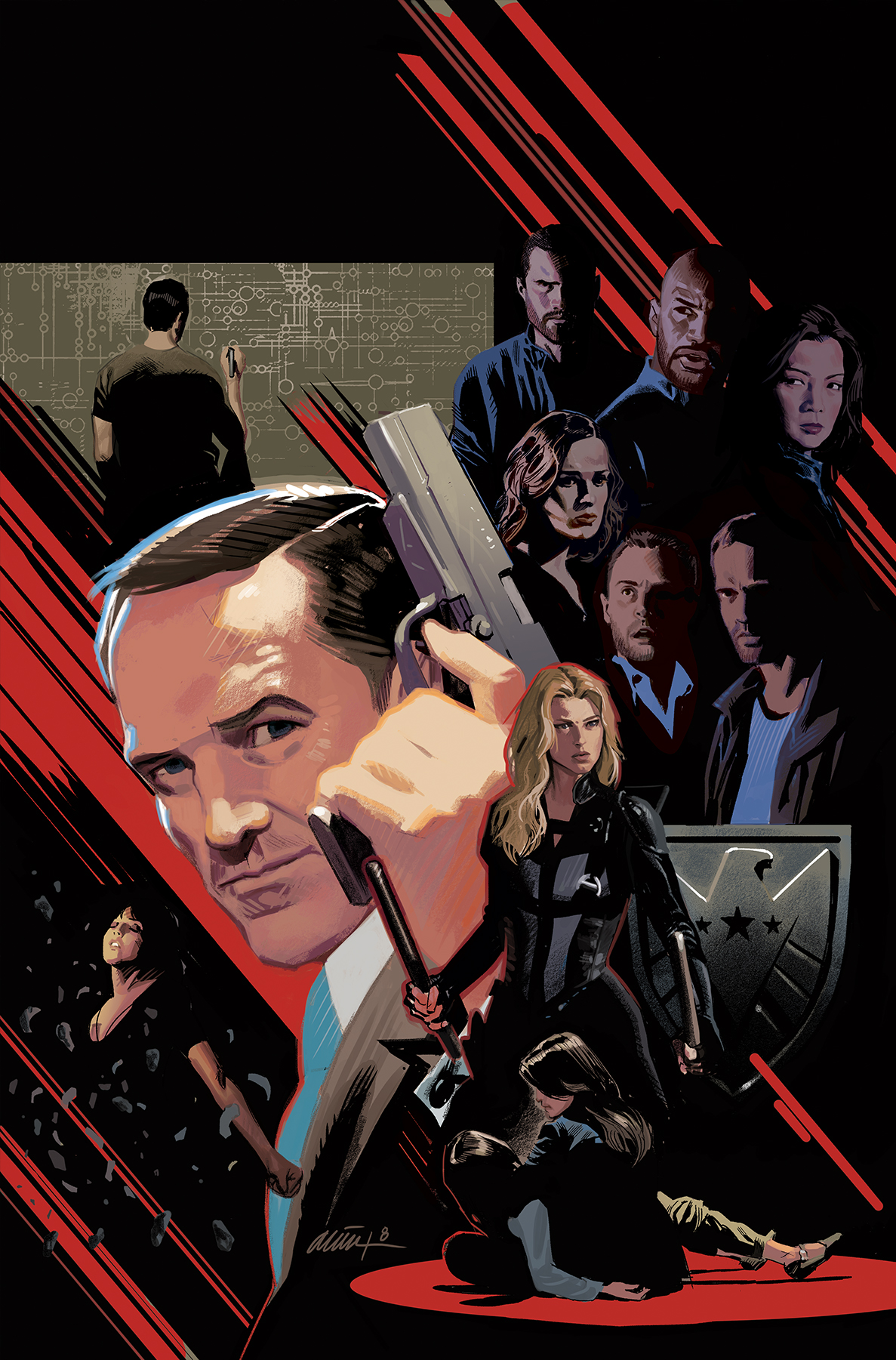 Having excelled at the S.H.I.E.L.D. Academy of Communications under the tutelage of future S.H.I.E.L.D. Director Nick Fury, Coulson soon developed an eye for spotting talented teammates who he could trust. This skill became especially handy when it came time for him to take the reins of his own team.

Fire up your flying car and take a look at our top six picks for Coulson’s greatest moments throughout all seven seasons of Marvel’s Agents of S.H.I.E.L.D.

After Agent Coulson was killed by mischievous Asgardian Loki during his attempt to conquer Earth, Nick Fury ordered a secret, experimental procedure that used alien DNA to revive him and wipe his mind. The newly invigorated Coulson was given a team of his own hand-picked agents, but soon began to realize that his head had been implanted with artificial memories. In a desperate attempt to uncover the truth, Coulson worked the problem, piecing together clues that led him to uncover Project T.A.H.I.T.I. and learn the truth of his resurrection. After using this protocol years later to erase the memory of supervillain Calvin Johnson, giving himself a chance at a normal life, Coulson shut the program down for good.

Coulson’s team had barely started to function as a cohesive unit when an insurgency occurred in S.H.I.E.L.D. Having been infiltrated at all levels by Nazi-founded terror organization Hydra, the agency’s members had been scattered across the planet, cut off from their defensive resources. Thankfully, Nick Fury had already left coded coordinates hidden within Coulson’s S.H.I.E.L.D. badge. After skillfully cracking the code, Coulson led his team to a top-secret S.H.I.E.L.D. base where he joined forces with Maria Hill and mounted a counter-offensive to beat back Hydra. When the dust settled, Nick Fury rewarded Coulson’s heroism by making him the organization’s new Director.

Coulson’s sense of self-sacrifice was on full display during the climactic battle with the Inhumans. Now functioning as S.H.I.E.L.D. Director, Coulson led his team on a fateful mission to prevent humans worldwide from being exposed to Terrigen mists, alien crystals which released a mutating steam when broken. As one of these dangerous crystals was about to hit the ground, Coulson leapt into action, diving to the ground and catching it before it could break. But Coulson’s day-saving win was immediately tinged with sacrifice when teammate “Mack” Mackenzie had to cut off Coulson’s hand with an axe to stop the crystal from turning him to stone. Luckily, Leo Fitz was more than happy to fit his team leader with a cybernetic replacement, complete with a Captain America-inspired energy shield.

Though he had already met his end once at the hands of Loki, dying is, as Coulson himself once put it, kind of his superpower.

When the rogue android known as AIDA threatened the world, Coulson made a deal with the Spirit of Vengeance which had possessed Robbie Reyes. Although the spirit could jump into Coulson and use its hellfire to incinerate the nearly indestructible AIDA, it would come at a price, counteracting the alien DNA that had brought Coulson back to life. Knowing this, Coulson bravely made the proverbial deal with the devil and suffered a slow death over the following year. But Coulson managed to turn his soon-to-be-passing into a celebration, seeing his team off and spending his remaining days in Tahiti with Melinda May by his side. Transforming a funeral into a well-earned vacation might just be Phil Coulson’s defining moment.

Before his second death, Coulson was equipped with a veritable arsenal of cybernetic enhancements and technological wizardry. This bag of S.H.I.E.L.D. tricks allowed him to rejoin the team as a fully mechanical Life Model Decoy (LMD) of his former self, complete with the original Coulson’s memories and skills.

Traveling with his team through the 20th century to stop an alien invasion, LMD Coulson soon got a chance to prove himself and defend the world with his life. While in a top-secret S.H.I.E.L.D. base which had become infested with more Chronicom aliens than one LMD could possibly handle, Coulson triggered a massive self-destruct of the alien tech, obliterating the aliens and destroying his body. Coulson spent several subsequent years in the 1980s as nothing more than an advanced hard drive attached to a large, boxy television. Despite this, he remained the same Coulson and helped build a new S.H.I.E.L.D. team from scratch.

The LMD version of Coulson would eventually be given a fresh body to complete the team’s ultimate mission, repelling the Chronicom invasion and earning a much-needed retirement. With Melinda May running the newly-named Coulson Academy, Coulson had lived to see what few do: their legacy in action.

His synthetic spirit at peace, Coulson ended the series in the most fitting way possible. His legend secure within the halls of the organization he fought so hard for, he exits the S.H.I.E.L.D. Academy, ignites the thrusters on the latest model of his beloved flying car, L.O.L.A., and jets off into the unknown. 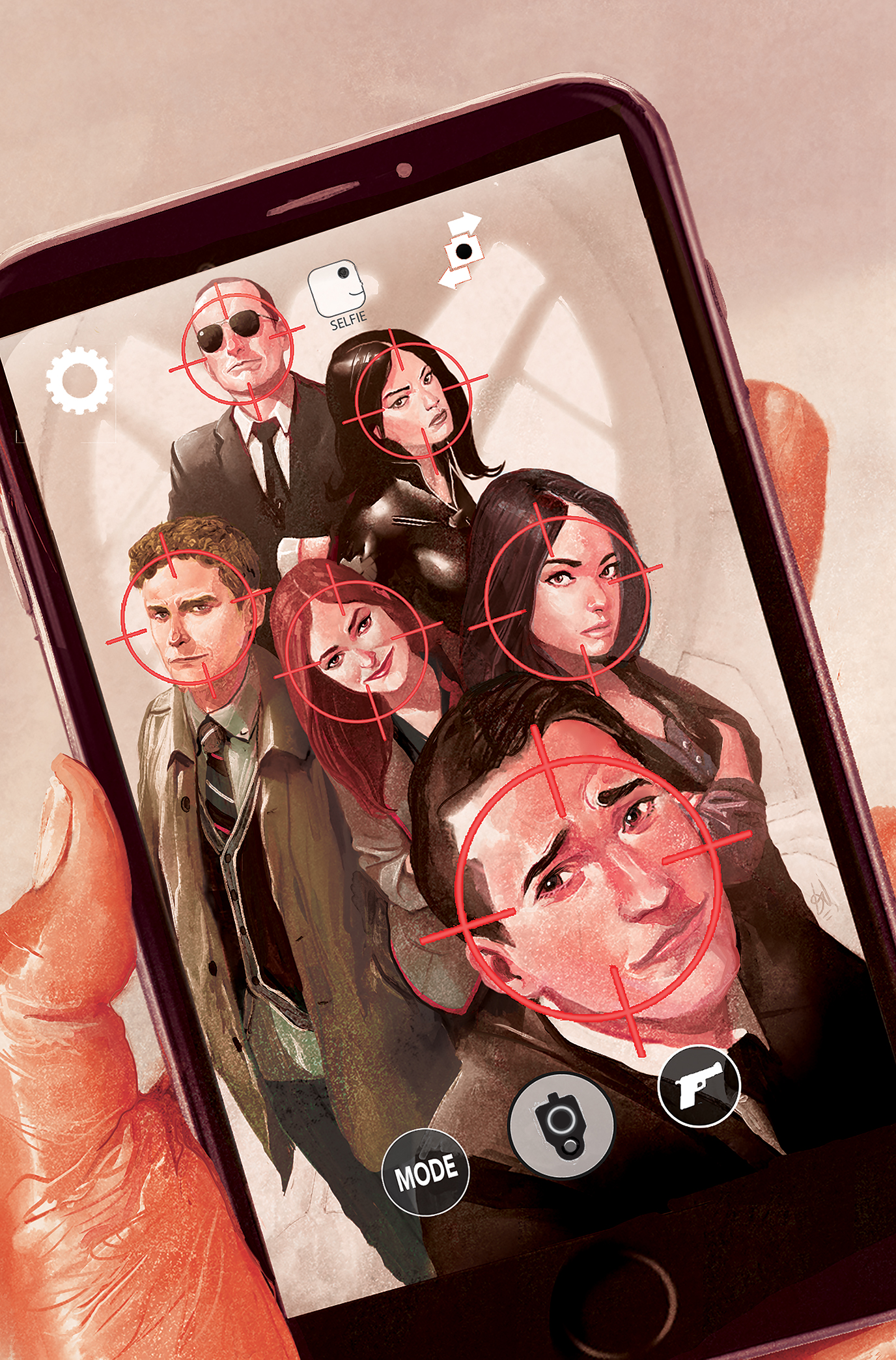 Over his years of service, Agent Phil Coulson remained an intriguing character due to his ability to lead his ragtag team of agents by example, never shying away from a fight and always being the first one to make sacrifices to protect the world at large. Both an everyman and an inspiring leader, he knows what it is to be a hero, and never loses sight of the future he is fighting for.

To be a true hero, you need to dish out the punches… as well as roll with them.

Start bidding today on over 550 original props and costumes from all seven seasons of Marvel’s Agents of S.H.I.E.L.D. Auction ends N0vember 10th, 2020 with an all day live auction video stream beginning at 11am EST/ 8am PST.

Share
Related Articles
10.09.2020  |  Auctions ,  Marvel
Learning to Survive: Tracking the Trials of Agent Coulson’s Team
Strategic, Homeland, Intervention and Logistics Division is a bit of a mouthful, so it is only fitting that S.H.I.EL.D. agents tend to bite off more than they can chew.
15.10.2020  |  Auctions ,  Marvel
An Expanded Universe: Finding References in Marvel’s Agents of S.H.I.E.L.D.
Marvel’s Agents of S.H.I.E.L.D. is the ultimate convergence point of a shared universe. One which features characters, plots and items completely of its own creation, but one which also includes many references to both the 80 years of Marvel Comics history as well as over a decade of films in the Marvel Cinematic Universe.
24.07.2020  |  Collections ,  Live Auction- Los Angeles 2020
NOSTROMO: A Legend Born, And Born Again l Entertainment Memorabilia Live Auction – Los Angeles 2020
The cover piece for our first ever Los Angeles-based Entertainment Memorabilia Live Auction is the 11-foot long filming miniature of the Nostromo from Ridley Scott’s horror classic, Alien. This artifact has been a part of Propstore’s company collection for over a decade, but wasn’t always in the camera-ready shape you see it in now. Read […]
19.05.2017  |  Uncategorized
Alien Covenant: Prop & Costume Exhibition
Check out this sneak peek at some of the props and costumes from the upcoming Alien: Covenant…
Sign up to be in the know