Back To The Future: The Restoration of the 2015 Hill Valley Police Cruiser 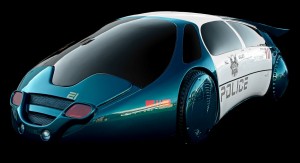 Prop Store’s forte has always been one-of-a-kind items used in major motion pictures, and few films are more memorable to the collecting community than the Back to the Future trilogy. Pieces from these adored films are few and far, so when we heard the original Hill Valley Police Cruiser was sitting in a field in Lancaster, we were shocked. While the automotive star of the series is and forever will Doc Brown’s DeLorean time machine, the futuristic police cruiser is memorable for both its sleek, inspired design and its prominence within the film. Envisioning a restoration project similar to the NOSTROMO several years earlier, we leapt at the chance to acquire the car. 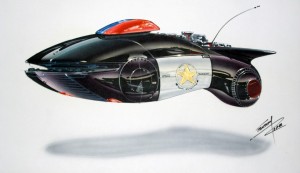 The only full-sized police car built for the film, the piece was primarily designed by concept illustrator Tim Flattery. “My original direction for the cop car was more whale looking (see photo above). It was deemed too futurist,” said Flattery in an interview with bttf.com. “John Bell had also done a sketch and [production designer] Ricker Carter asked me if I could incorporate some of his ideas.” Carter, along with Zemeckis, felt that Flattery’s original design was a little too “CHP” and not in line with the small-town feel of Hill Valley. Flattery then produced another illustration, in the now-familiar color scheme. 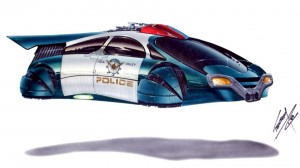 After the car’s design was approved, Flattery was tasked with turning his illustrations into reality. “I hired Gene Winfield to build the cop car, he was an awesome guy. He hired Leo Rijn to sculpt the police car, who is a brilliant sculptor.”A scale model of the vehicle was produced, and divided into sections which could be scaled up to create templates for sculpting the car from large blocks of foam glued together. Sculpting in this manner is tricky, as if too much material is removed, it cannot be replaced as it can when working with clay. When Rijn’s sculpture was completed and approved, molds were taken from the foam master and fiberglass and polyester parts were pulled. These castings would make up the final prop, which would be a rolling chassis only – it had no need to run and drive. 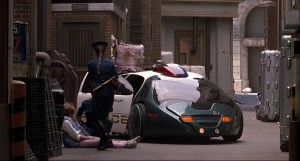 Screen capture from the film

The interior of the car was also built based on Flattery’s designs and illustrations. A dashboard of working lights and custom monitor display was fabricated and made practical via working lights. The interior was intended to be seen in a shot looking through one open door and out the other, which did not make the final cut of the film. (*interesting note: Zemeckis’ wife played one of the female Police officers in the film.) The cruiser’s fiberglass seats were made from casts of the Delorean seats, as a lightweight Delorean was already in production at the shop for use in hovering and landing scenes. When the main production of the car was finished, Flattery added a series of greeblie pieces to the back top of the canopy. These pieces were found parts salvaged from dishwashers that were repainted and arranged on the roof. 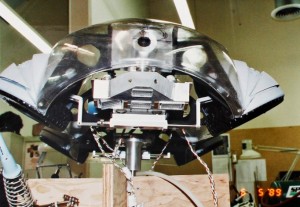 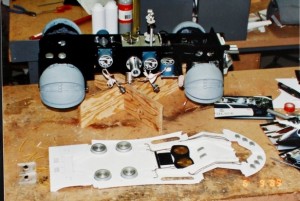 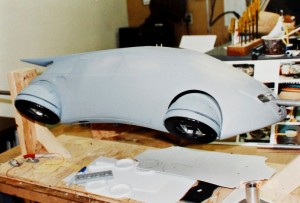 Like the Delorean, the script called for the police car to fly in wide shots and close-ups. The concept was that the wheels of the car would fold down and the custom hub caps would become thrusters to lift the car off the ground. The world famous ILM (Industrial Light and Magic) built a motion control model miniature which was employed for most of the flying duties in the film.

Tighter shots of the car landing were to be accomplished with the full-scale prop, requiring the underside be detailed with a decorative vent and light array. Director Robert Zemekis envisioned a shot of the car, suspended via crane or forklift, coming down from overhead and into the frame. The massive prop proved difficult to forklift, and therefore it was not possible to get the shot Zemeckis wanted of the underside of the vehicle. In the final film, it is seen lowered into frame only in profile.

The polyester composite material used for the casting of the car also brought some unwanted side-effects. The unsupported rear-wing of the car, designed to be straight as an arrow, began to sag after several days of baking in the sun on the Universal backlot. The wing retains this distinctive, unintentional “swoop” today.

Despite some practical challenges, the police car was considered a great success in its design and execution. It contributes perfectly to the set design of Hill Valley in 2015 (and we look forward to seeing which manufacturer will have one on the road next year!) 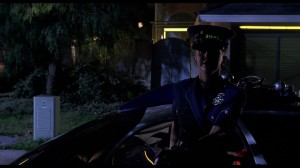 Screen capture from the film 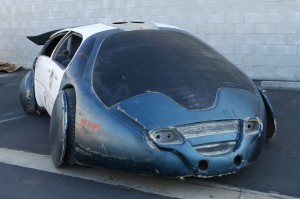 After its use in BTTF2, the police car changed hands several times and was at one point on display at the “Star Cars” attraction. When Prop Store obtained the piece, it was showing its age. The fiberglass body had sustained wear and tear, and the finish (which looked to have been previously re-done) was completely shot. The top engine greeblies and police light were long gone. The interior carpeting and floors were in poor order, and many of the interior dressing components also removed. Regardless, the main shell of the car was relatively intact and all four wheel covers were still present. 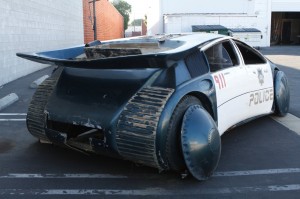 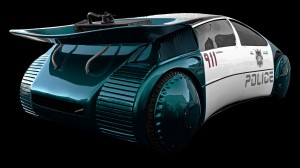 We set to work finding the right partner to work with on the restoration, and ultimately commissioned the talented craftsmen at Picture Car Warehouse in Northridge, California. As with all of our restorations, retaining as much of the originality of the piece as possible was paramount. While the piece required some body work and a complete re-spray, we endeavored to be as sympathetic as possible, opting to retain the cracked and faded door decals rather than replacing them. 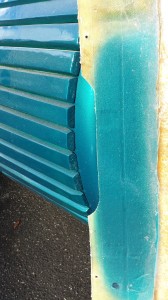 The new paint job with color matched to a sample of pristine original paint, sourced from an undisturbed sample found on an interior component. The white of the doors was also re-sprayed (carefully masking around the decals), as was the front windshield. The windshield is solid fiberglass and is not original to the piece – it was installed when the original acrylic windshield was taken for a replica touring police car built by Jay Ohrberg. The acrylic door windows were cleaned up, with the damaged pieces replaced. The interior also received attention – the seats were re-painted, and the dash and door interiors cleaned. The interior floors and carpet were replaced to be straight. The vehicle’s tires were “tubed” to hold air, and replaced, in the interest of keeping the piece as original as possible. 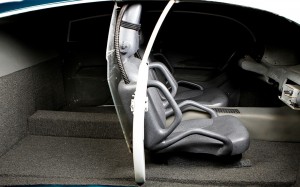 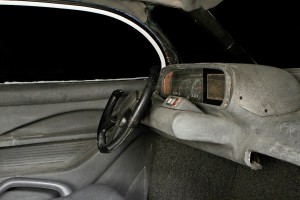 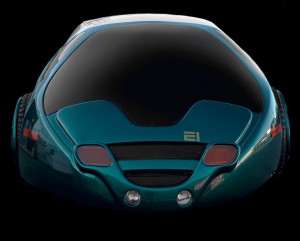 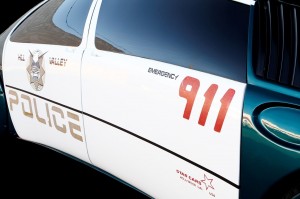 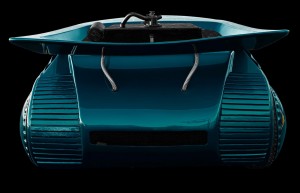 The squad car is now in the best condition it has been in for years. We have not yet begun replicating the greeblies and police light, though we may at some point in the future. It has been a long road to recovery for this fiberglass beast, but where it’s going, it won’t need roads.