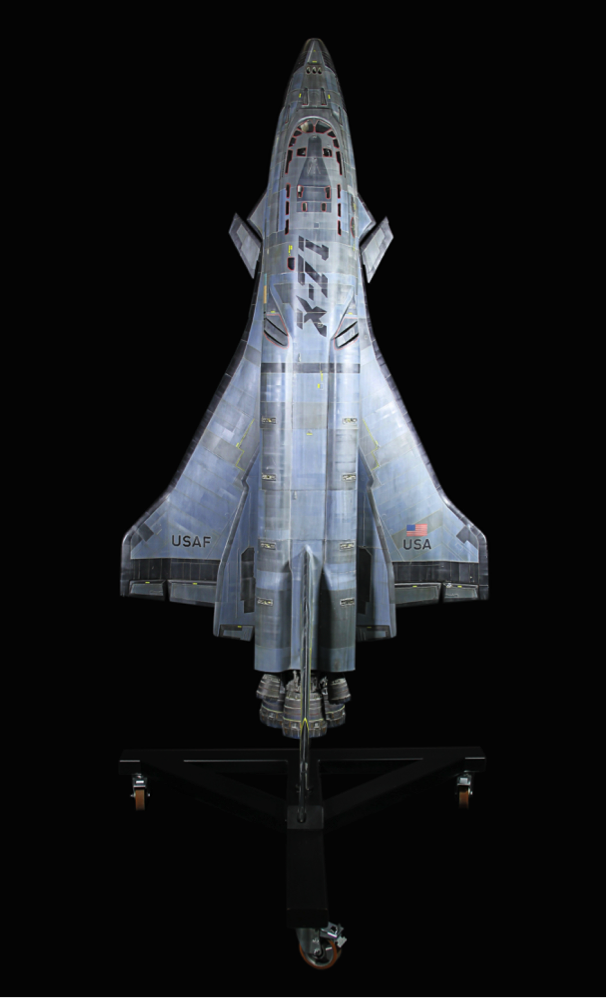 The ship that sent Bruce Willis and his team of oil drillers to tackle a planet-threatening asteroid in Michael Bay’s astro-nuts action pic. It’s full of carefully crafted details. 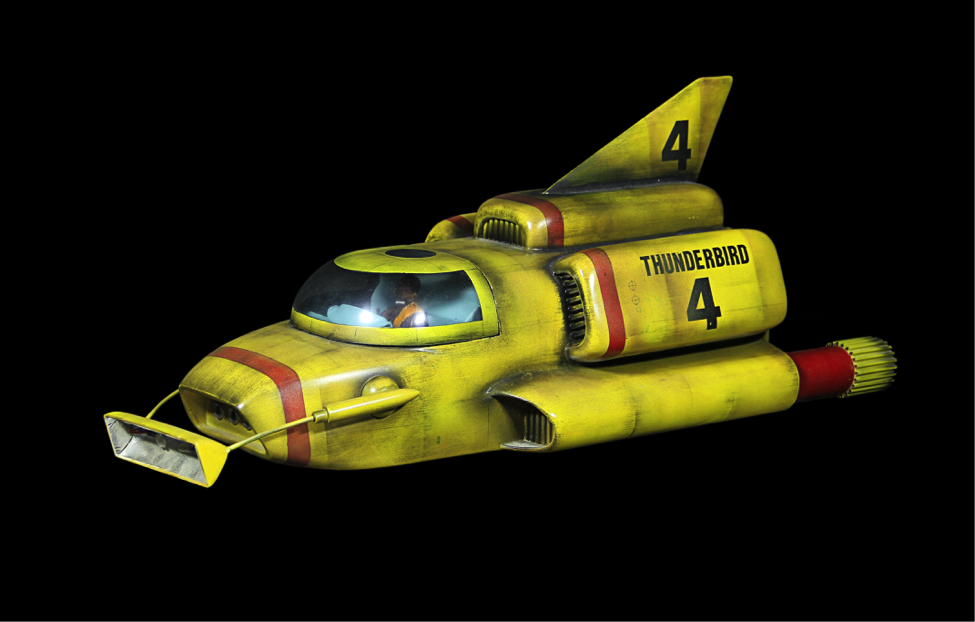 Gerry Anderson’s Thunderbirds was a show many still remember fondly, and this model was featured in the documentary celebrating his work, which means it’s in great condition. 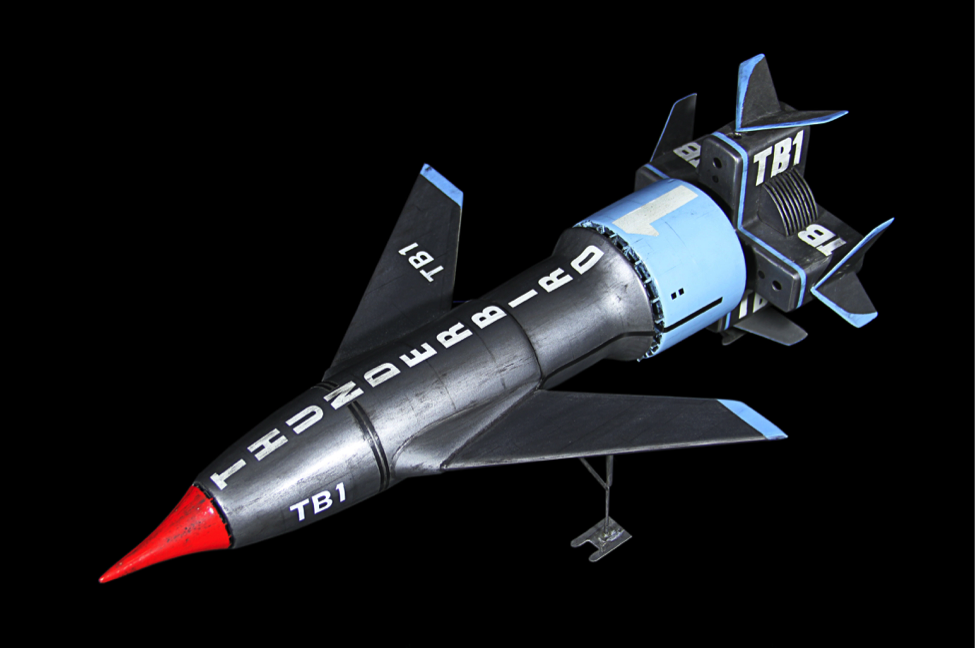 Another model from the Gerry Anderson documentary, this is the famous Thunderbird that carried Scott Tracy on his rescue missions. Again, it’s in top-notch condition.

Used on screen in Kathryn Bigelow’s tense submarine drama, this was part of the sub miniature and is a fascinating piece.

Built by those talented types at effects house Industrial Light And Magic for Clint Eastwood’s old-hands-in-space action comedy, this was used as a reference for final effects in the movie, and offers you a rare chance to own something from the ILM archives. 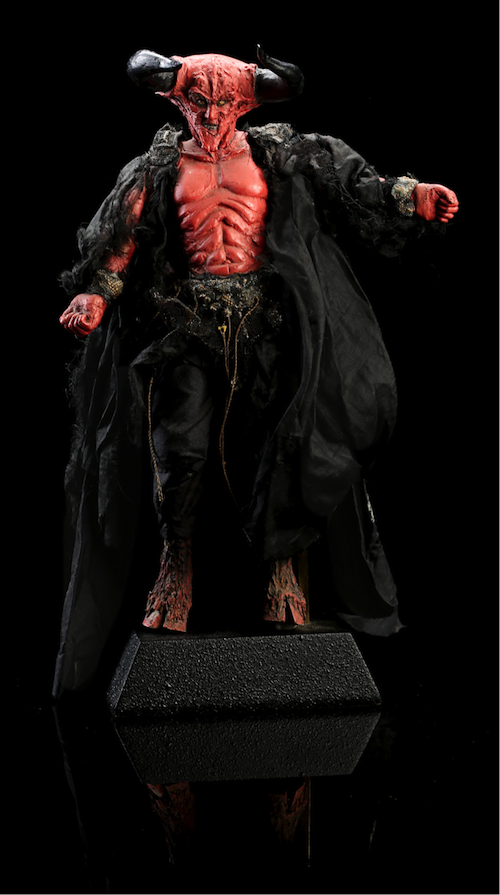 A tiny version of Tim Curry’s Darkness from Ridley Scott’s fantasy film would be a great thing to display. Just don’t make him angry…

Here’s something you don’t often get the chance to see, let alone own: it’s the model the CG team scanned when they were creating the invading Martians’ giant robot. Rare and fascinating, it’s a peek into the process of effects. 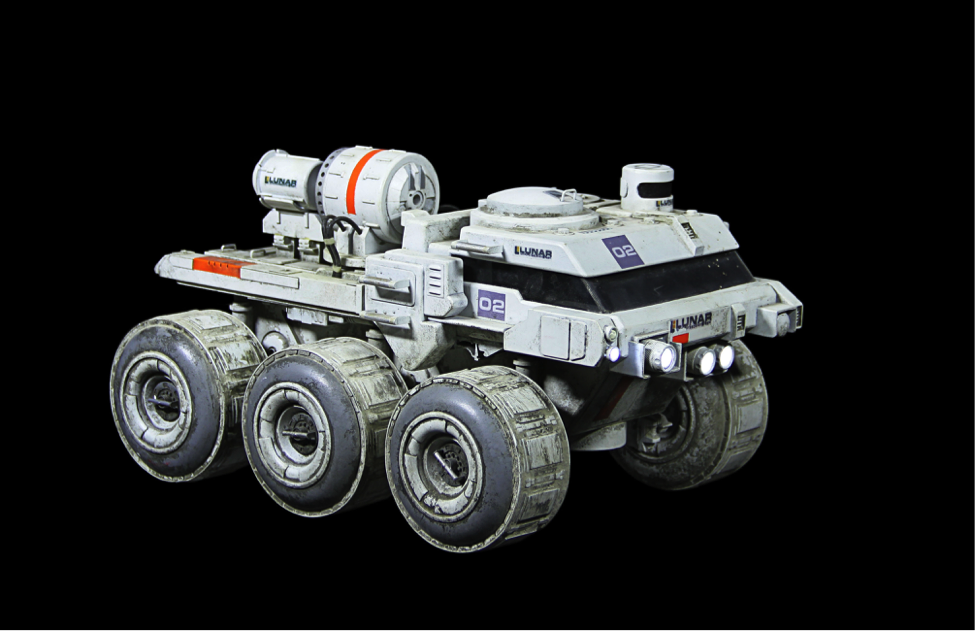 Director Duncan Jones was committed to keeping the old school tradition of miniatures alive for his debut film, and this is a wonderful example of one of the models his team shot to bring the story to life.

The Nightmare Before Christmas (1993) 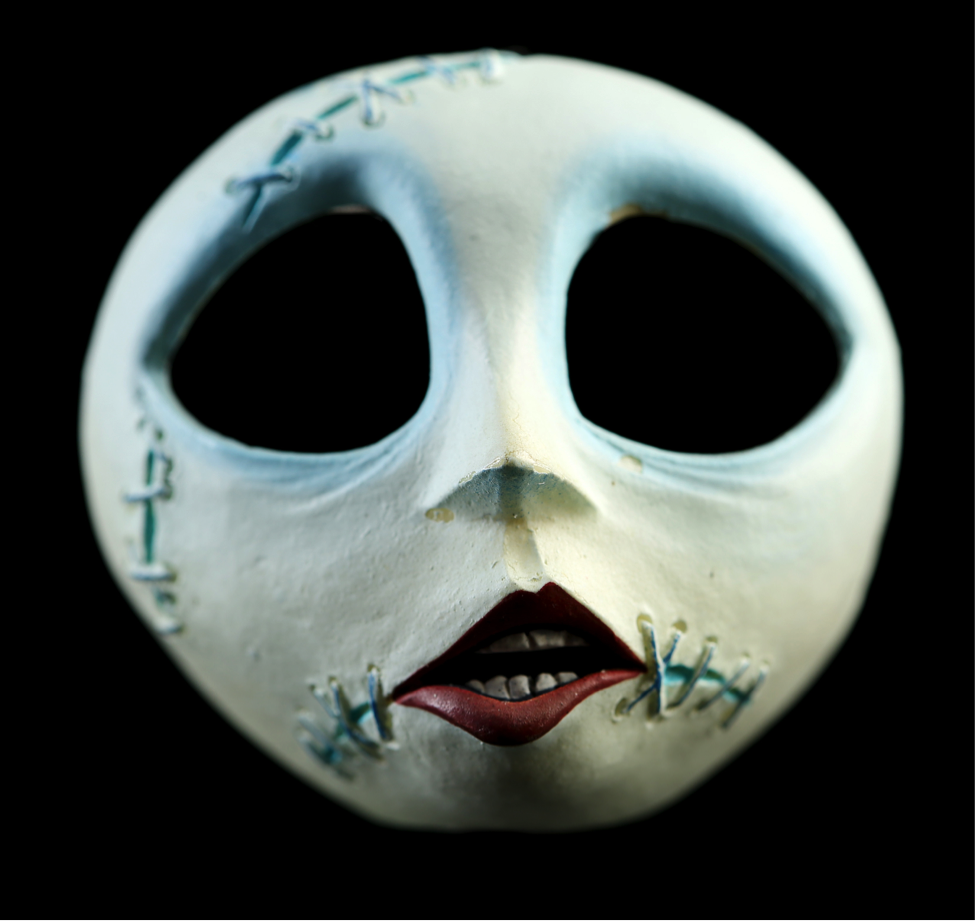 From the Tim Burton/Henry Selick classic, this face features one of the expressions used to bring Sally to life. Stop-motion fans should really check this one out.

For those Trek fans who love the clash between William Shatner’s Captain Kirk and Ricardo Montalban’s calculating Khan, this is a chunk of the USS Reliant, as commandeered by Khan as part of his revenge scheme. It’s been lovingly restored by one of the ILM team, which makes it even more valuable. 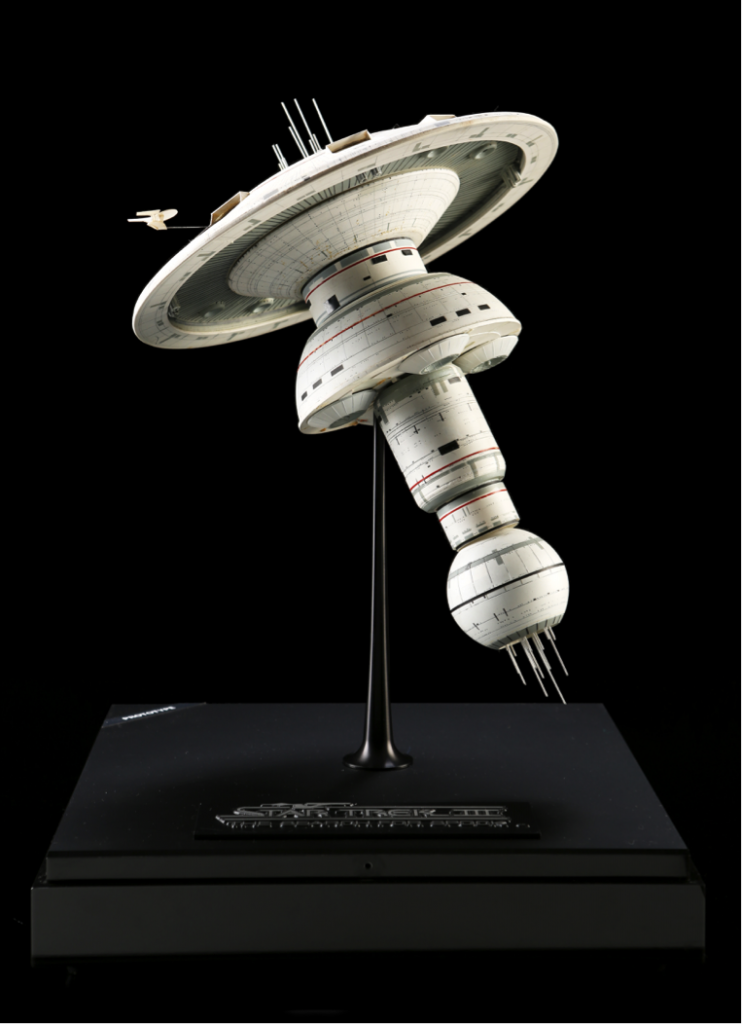 Models for movies evolve as the team zeroes in on the final design, so this is a real opportunity to own something never seen on screen. It’s that much more valuable because it’s a look into the unseen history of the film, complete with blueprints.

The Ambassador-Class starship, one of the Federation’s stalwarts, this went on to become a real regular in the Star Trek shows, playing a variety of different vessels. 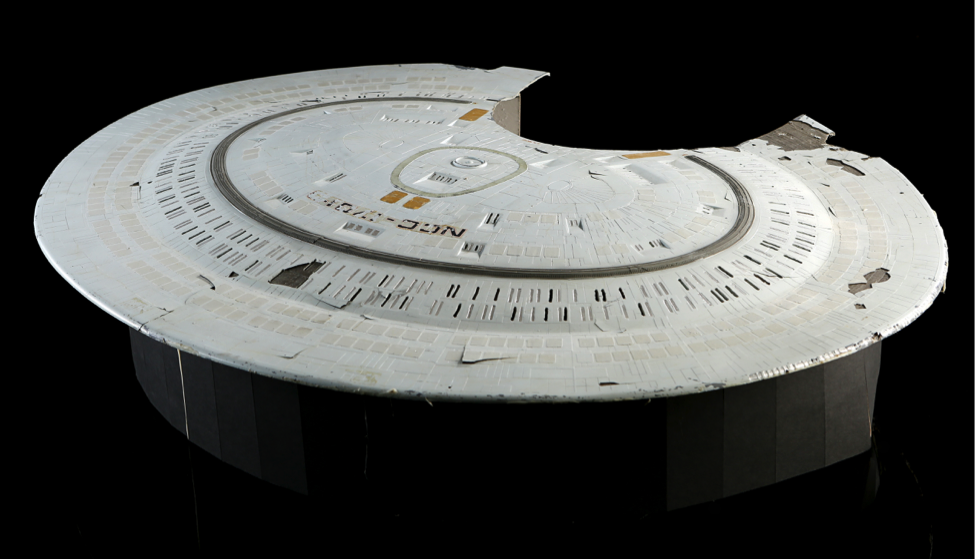 The Enterprise as seen in The Next Generation could separate into two parts. This saucer section model was first used in the third season of the show, and continued to serve for several years. 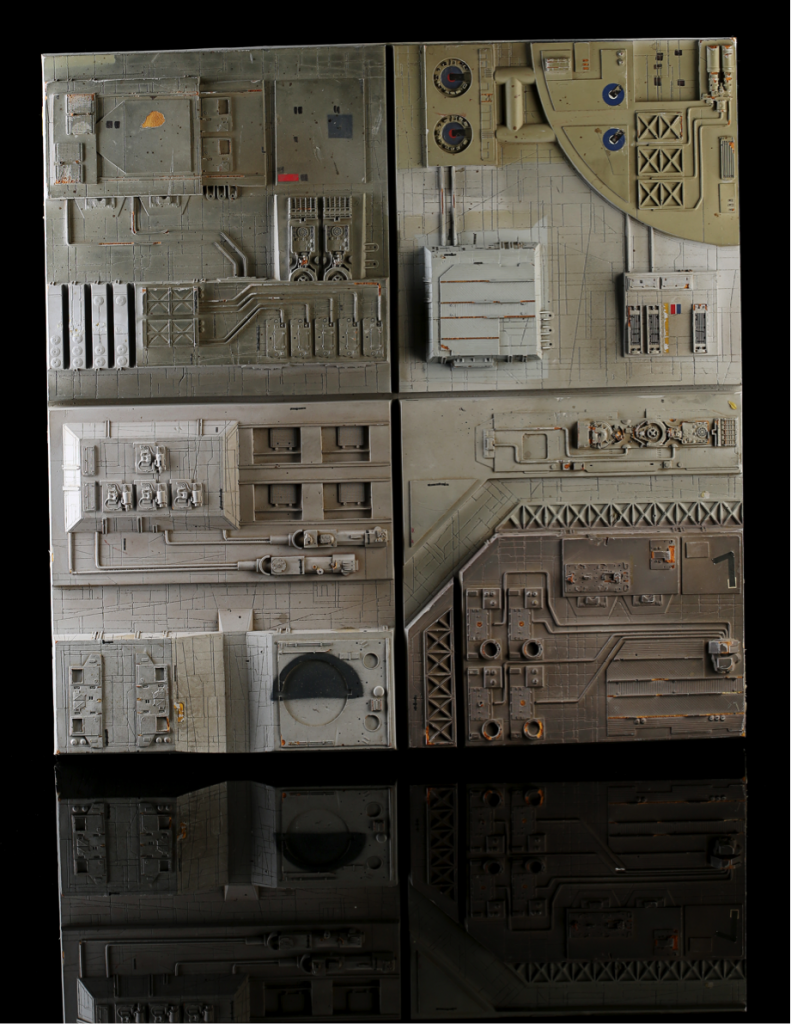 A large chunk of the Death Star’s famous surface as seen in the first Star Wars film. Despite minor wear and tear (those Rebel X-Wing fighters were not kind!), it still looks great and is a fantastic piece of movie history.

The Death Star remains one of the most iconic models in movies, and this is your shot at owning one of the turrets from the third of the original films.

Next post
Sink Your Teeth Into Our New Dracula Auction