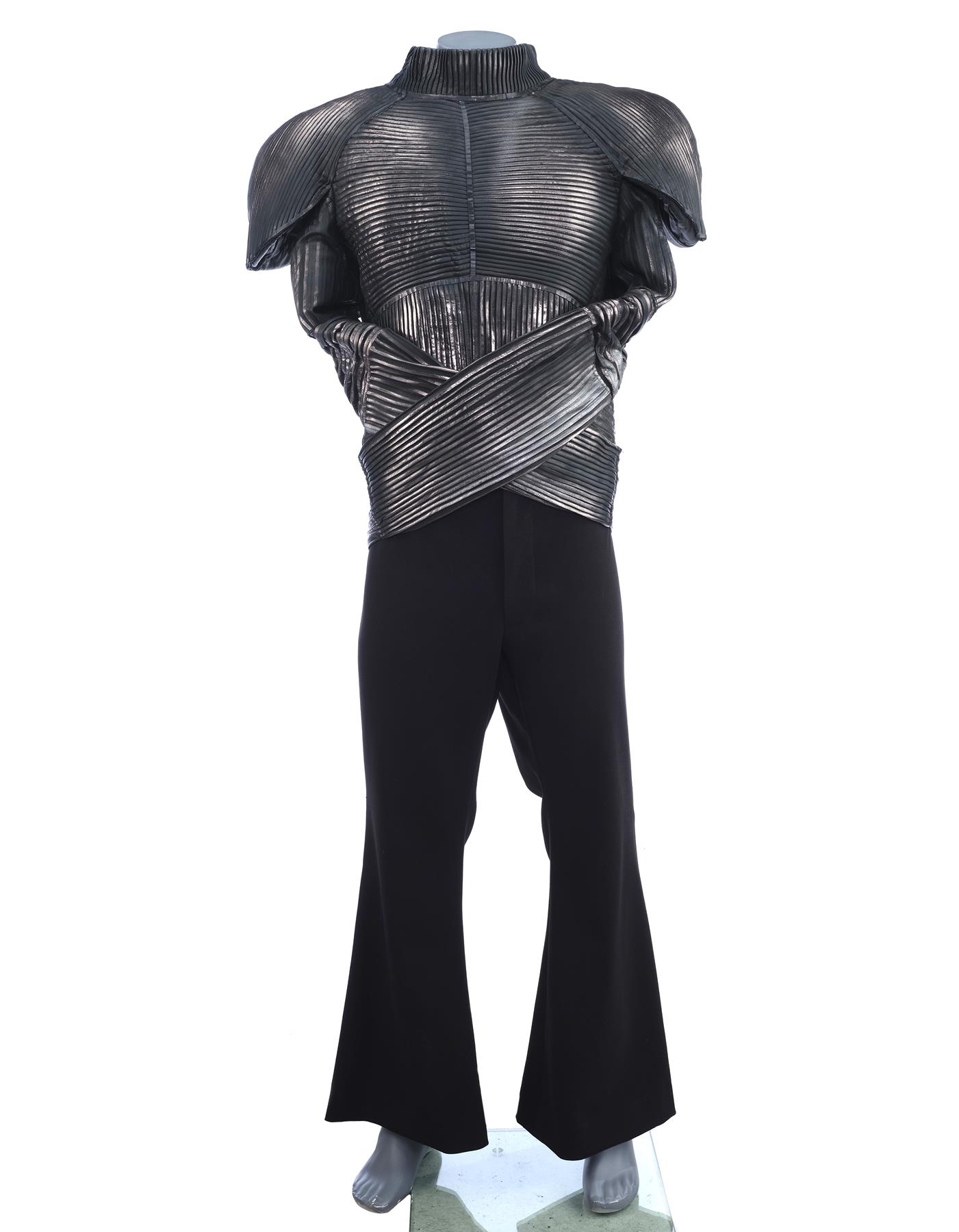 “We had such a great relationship with high-level designers,” Evans told WWD in February 2016. “Things that they maybe never showcase in their own collections, we would take a version of and make it in Zoolander.”

Evans sums up her Zoolander 2 philosophy as “50 percent couture fashion and 50 percent comedy,” a philosophy borne out by Propstore’s auction lots. Jacobim Mugatu’s blue jumpsuit, for instance, with its unique fabric, tabi shoes, and the egomaniacal touch of the multi-colored, quilted ‘M’– ideal for the villainous, poodle-haired designer-turned-assassin.
. 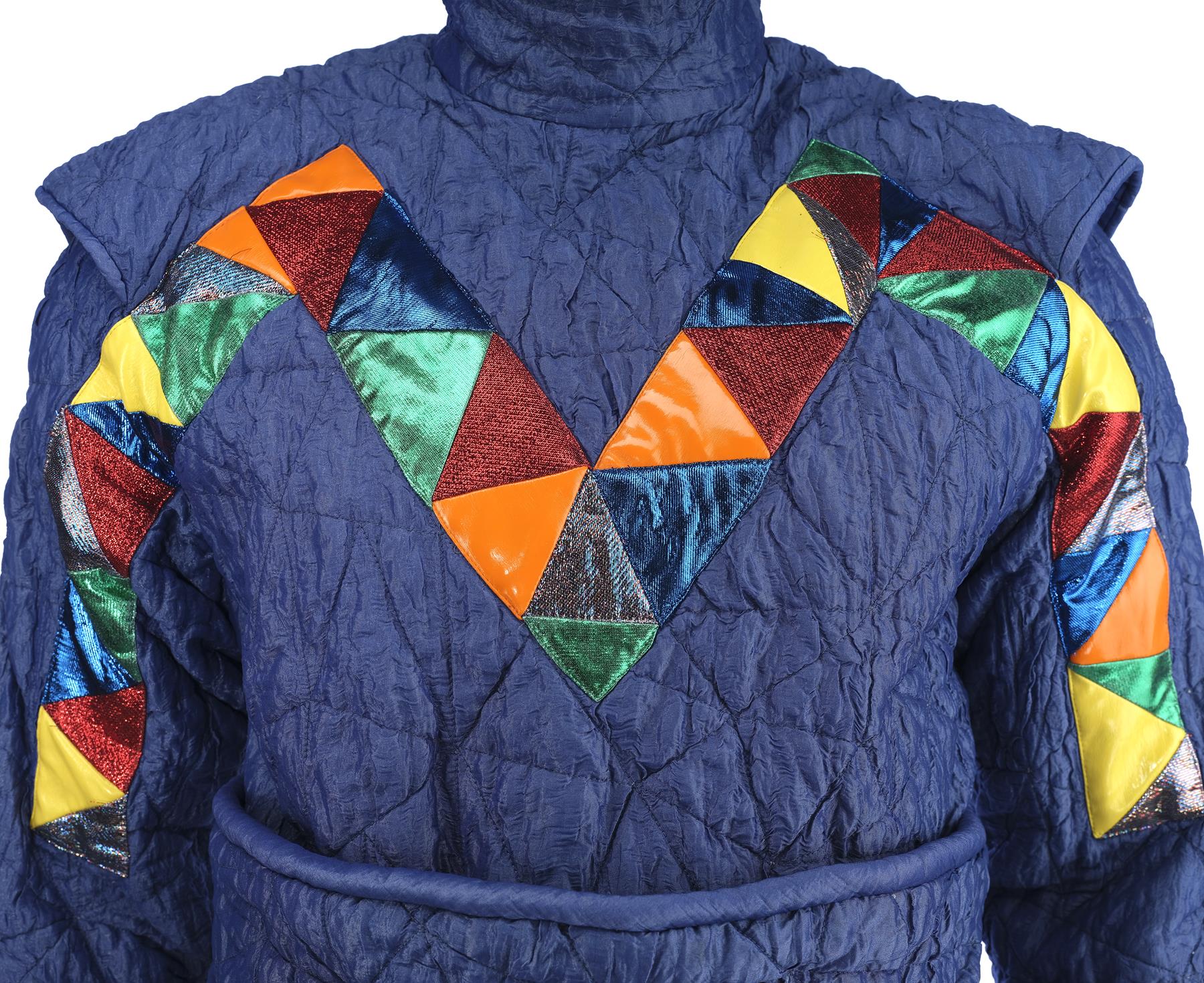 Like many of the pieces on display in Stiller’s fabulously silly, globe-strutting comedy, the Mugatu jumpsuit was designed from scratch; or rather, it comes straight from the “Mugatu Collection.” Other outfits were brought in directly from fashion labels, such as Interpol agent Valentina Valencia’s red motorcycle jumpsuit. However, to fully achieve her couture/comedy mix, Evans also took existing designs and exaggerated them. 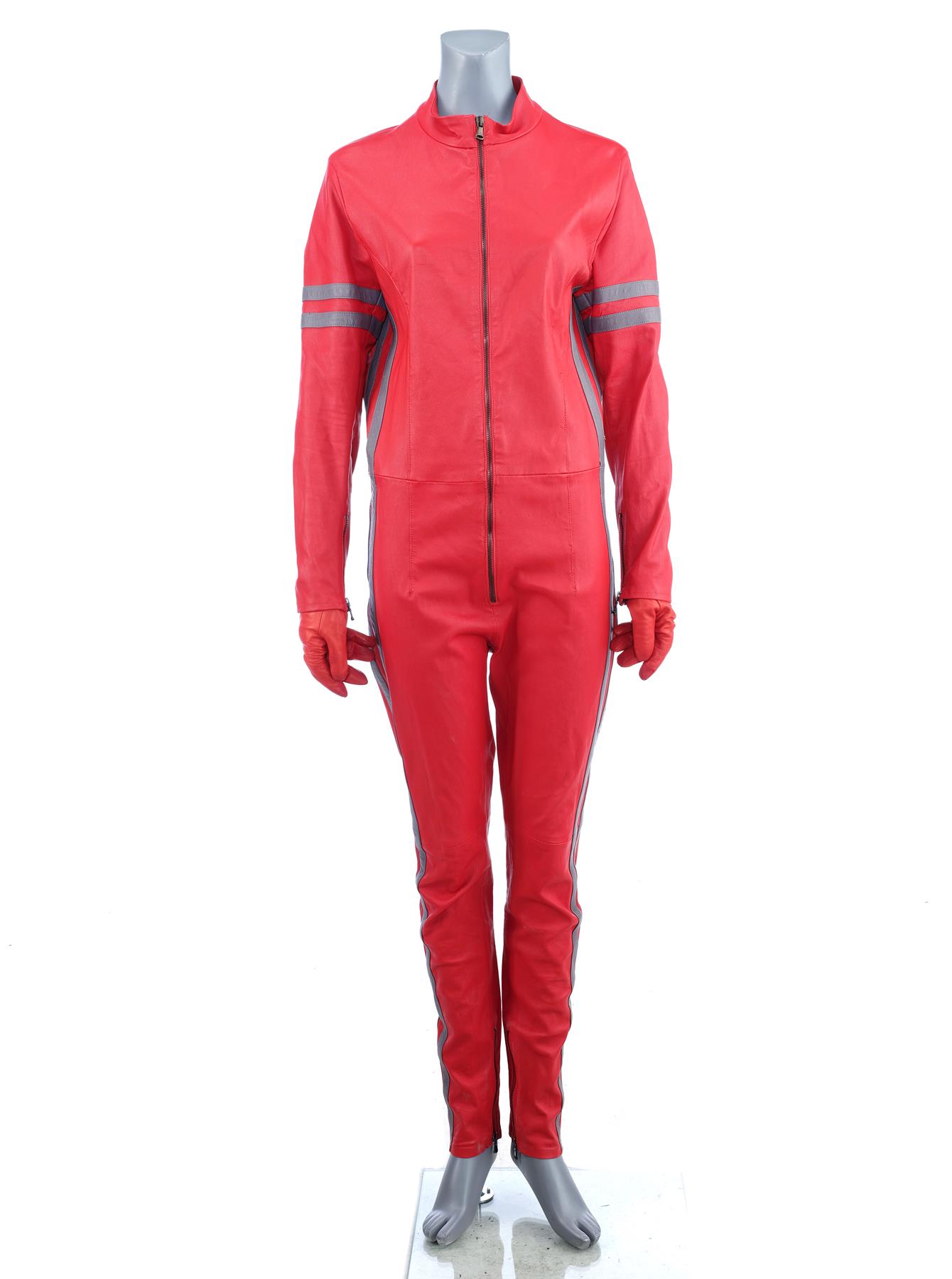 For nefarious fashion-empire queen Alexanya Atoz, Evans created costumes which pushed the envelope of extreme couture. As she told Fashionista around the time of the film’s release, Evans worked with designer Zac Posen to elaborate on his famously huge and swirling gowns. “We would build on top of them and create things that became the 50 percent comedy of his 50 percent couture,” she said. Hence the hilarious scene where Mugatu and Atoz cannot embrace because of the Posen-created cage-globe dress she is wearing. 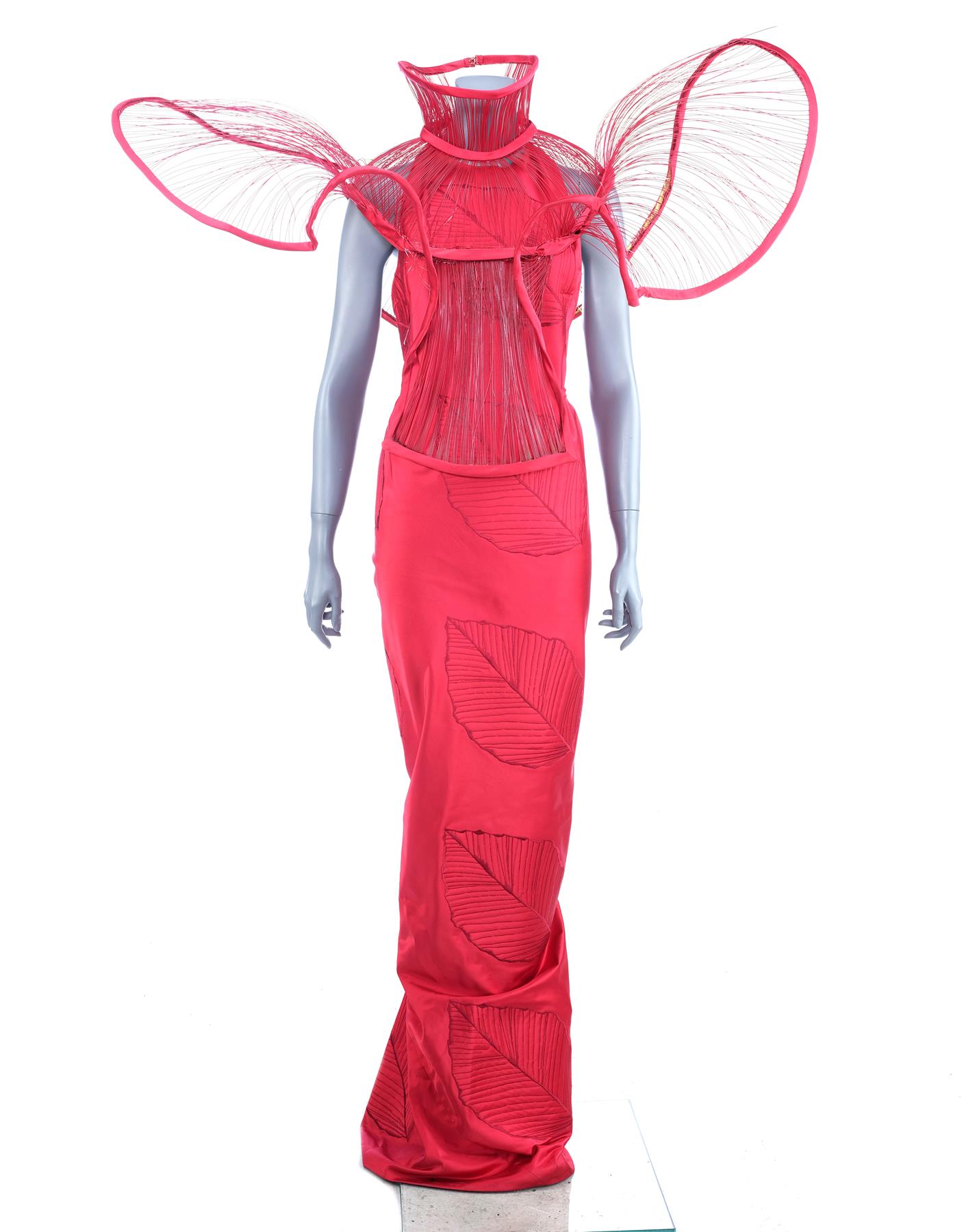 As Evans told WWD, “I wanted to play with all the parts of fashion that I love. I wanted to showcase the artistry and embrace the idea that editorial and runway and couture aren’t always worn on the street… But what if they were?”

Atoz’s costumes were the most fun, Evans said, as they were the most “outrageous”, but each character spoke to some part of fashion that she loved: Zoolander himself was formal, aligned with famous labels, though all fabrics used were hypoallergenic as the actor/director is “very allergic to any fabric that isn’t silk, cashmere or leather,” Evans told Harper’s Bazarre. Meanwhile, as she explained to Elle, “Hansel has this bohemian, man-of-the-world kind of style, with this ‘anything goes’ feel to him.” 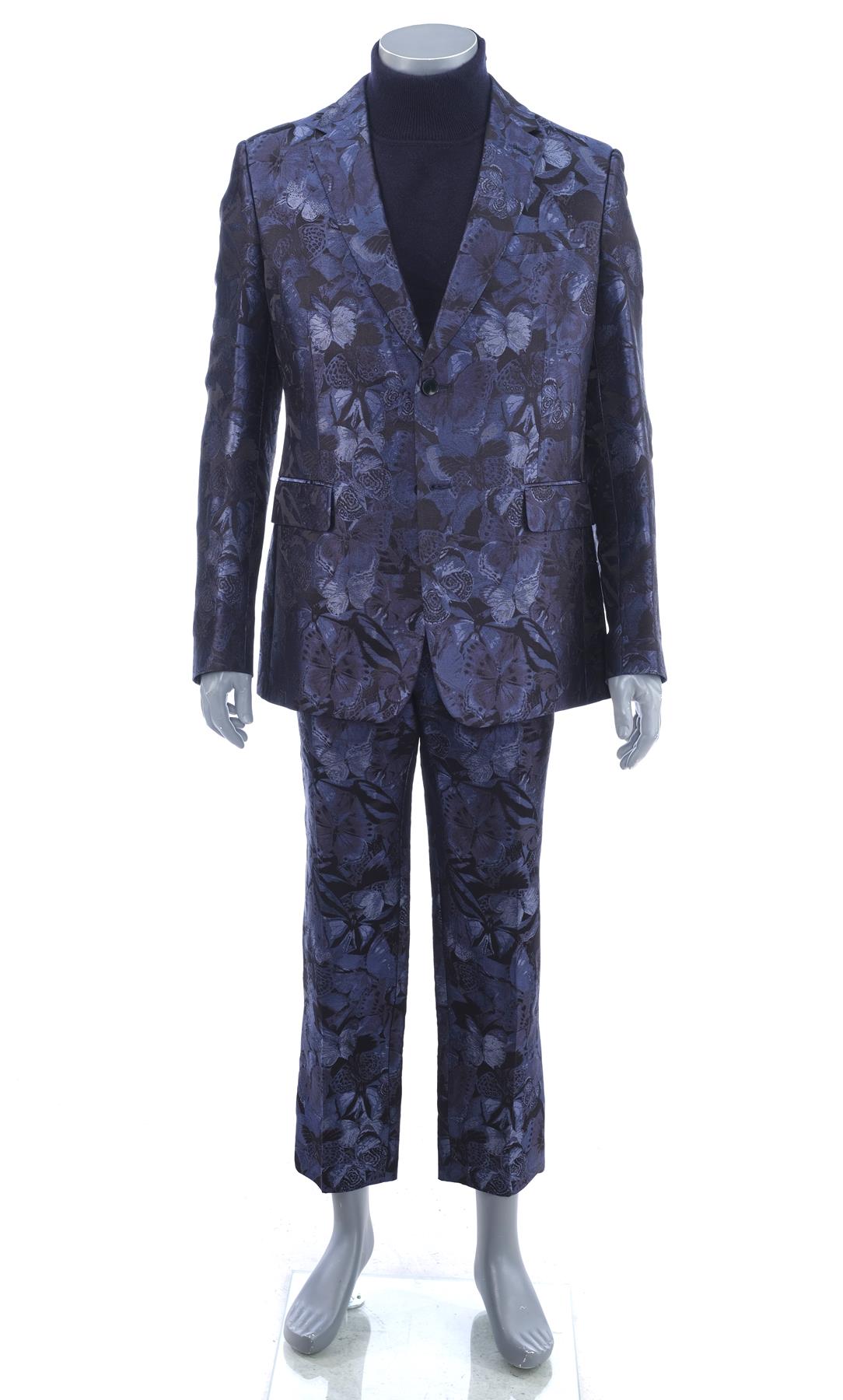 The film might have been aiming to deliver laughs first and foremost, but Evans also had another aim in mind: “I felt like I wanted to look at fashion over the last 100 years,” she said. “I wanted to pick out pieces that I felt were iconic from all these years of fashion and bring them to fruition in one place.” So, in that way, the film also acts as a fashion history lesson… with celebrity cameos.

Bid now in the Zoolander 2 Auction on these and other unique costumes. Auction ends May 13th.

Share
Related Articles
20.11.2020  |  Uncategorized
Batman and the Joker | Designing Gotham
In this blog, we are looking into the design of two characters who are the epitome of hero vs. antihero – Batman and his infamous arch nemesis, the Joker – and how over several decades, the look of both has dramatically transformed.
03.06.2021  |  Auctions
One Night In Miami l Entertainment Memorabilia Live Auction – Los Angeles 2021
Over an impressive, five-decade career, costume designer Francine Jamison-Tanchuck has broken new ground (she was the first-ever African American designer hired at Paramount, then Disney) and contributed to several key, progressive moments in Black cinema history, with such movies as The Color Purple, Coming To America and Glory (her first film as a head of […]
07.06.2018  |  Uncategorized
Gary Tunnicliffe Interview Questions … Hellraiser: Judgment Auction
There is no Hellraiser without Clive Barker, and no Hellraiser: Judgment without Gary Tunnicliffe. From his early years working effects on the films to writing, directing, and starring in Judgment, Gary is an expert on all things Cenobite and one of the current architects of the Hellraiser franchise. We were lucky enough to sit down […]
12.11.2018  |  Auctions
Boldly Going: Highlights from the TV Treasures Auction
Outer space was on the forefront of culture in the 1960s. When President John F. Kennedy set out his plans for the New Frontier, he rekindled a lost pioneer spirit and set our sights – and imaginations- on the stars. Armstrong and Aldrin first explored the moon in 1969, and a short 300 years later, […]
Sign up to be in the know