Over an impressive, five-decade career, costume designer Francine Jamison-Tanchuck has broken new ground (she was the first-ever African American designer hired at Paramount, then Disney) and contributed to several key, progressive moments in Black cinema history, with such movies as The Color Purple, Coming To America and Glory (her first film as a head of department).

In last year’s Oscar-nominated One Night in Miami, she collaborated with director Regina King to recreate a key progressive moment in real Black history: when a quartet of African American icons – activist Malcolm X, heavyweight boxing champ Cassius Clay (soon to be renamed Muhammad Ali), football star-turned-actor Jim Brown, and the “King of Soul” Sam Cooke – came together at the Hampton House Hotel, just outside Miami, to celebrate Clay’s win over Sonny Liston. The movie is, as Indiewire put it, “A snapshot of black power in 1964.”

The actual events of the film may be fictionalized (by screenwriter Kemp Powers, adapting his own 2013 play), but the four really were friends and really did get together that evening, at a pivotal time for them all. “This was a wonderful, important story to be told,” Jamison-Tanchuck told The Wrap at the time of the film’s release. So she felt a responsibility to get it right and represent them all accurately, in a way that accentuated each man’s individual character and style, while allowing them to cohere visually as a group of friends.

Working primarily from black-and-white photographs (she had to rely on the captions to tell her what colors the clothes were) and fabricating almost all the costumes from scratch, it was a challenging and rewarding project for Jamison-Tanchuck. As the lots in our upcoming auction reveal, her creations truly helped bring each of these four real heroes to cinematic life. “I wanted to make sure that I was respectful to these gentlemen,” she said to Indiewire. “They made a stamp on history.” 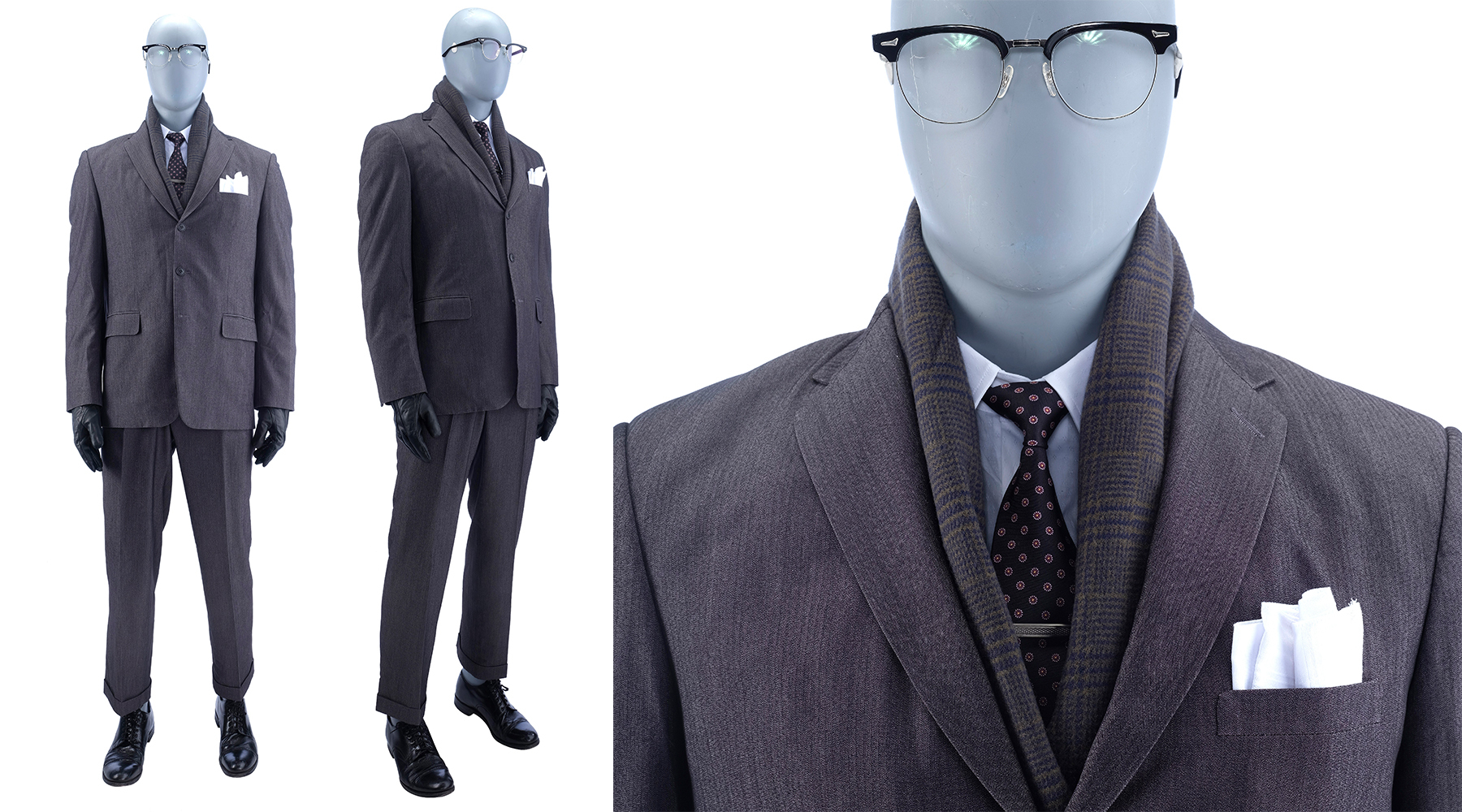 As a spokesperson for the Nation of Islam, X is obviously the most conservatively dressed of the four characters. His look, Jamison-Tanchuck explained to The Wrap, was “Somewhat dated – his suits were from the ’50s. He really didn’t care about fashion or style.”

In a gray, box-shaped jacket and with a narrow black tie, he exemplified the stark, austere look encouraged by the Nation of Islam, while also styling himself closely with the way the establishment dressed. But while he was not “a clotheshorse” as Jamison-Tanchuck put it to Indiewire, “he had a style of his own.” For British actor Kingsley Ben-Adir, who played X, the costume offered an invaluable way to immerse himself in the character. “The clothing really helped Kingsley’s idea of Malcolm’s state of mind,” said Jamison-Tanchuck. 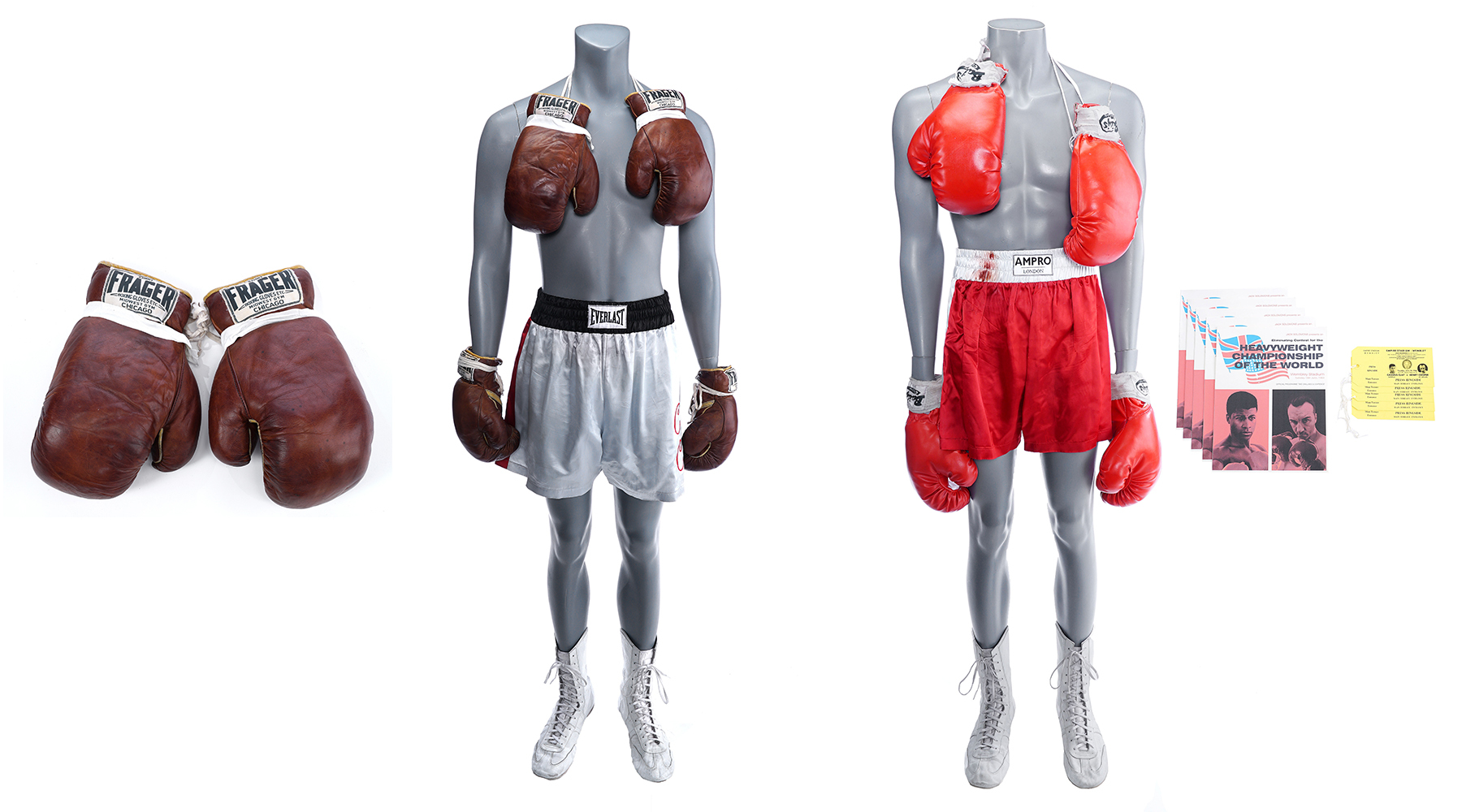 The charismatic, light-footed heavyweight champion presented a different kind of challenge. “[He] was always shadow boxing, regardless of where he was,” Jamison-Tanchuck told The Wrap. “So Eli [Goree] was very concerned about the clothes being able to flow with his body movements.” This required his costumes to not be too stiff and buttoned-up, with plenty of flex. Naturally, this extended to Clay’s boxing shorts, shoes, and gloves, which needed to be replicated for the film as well. 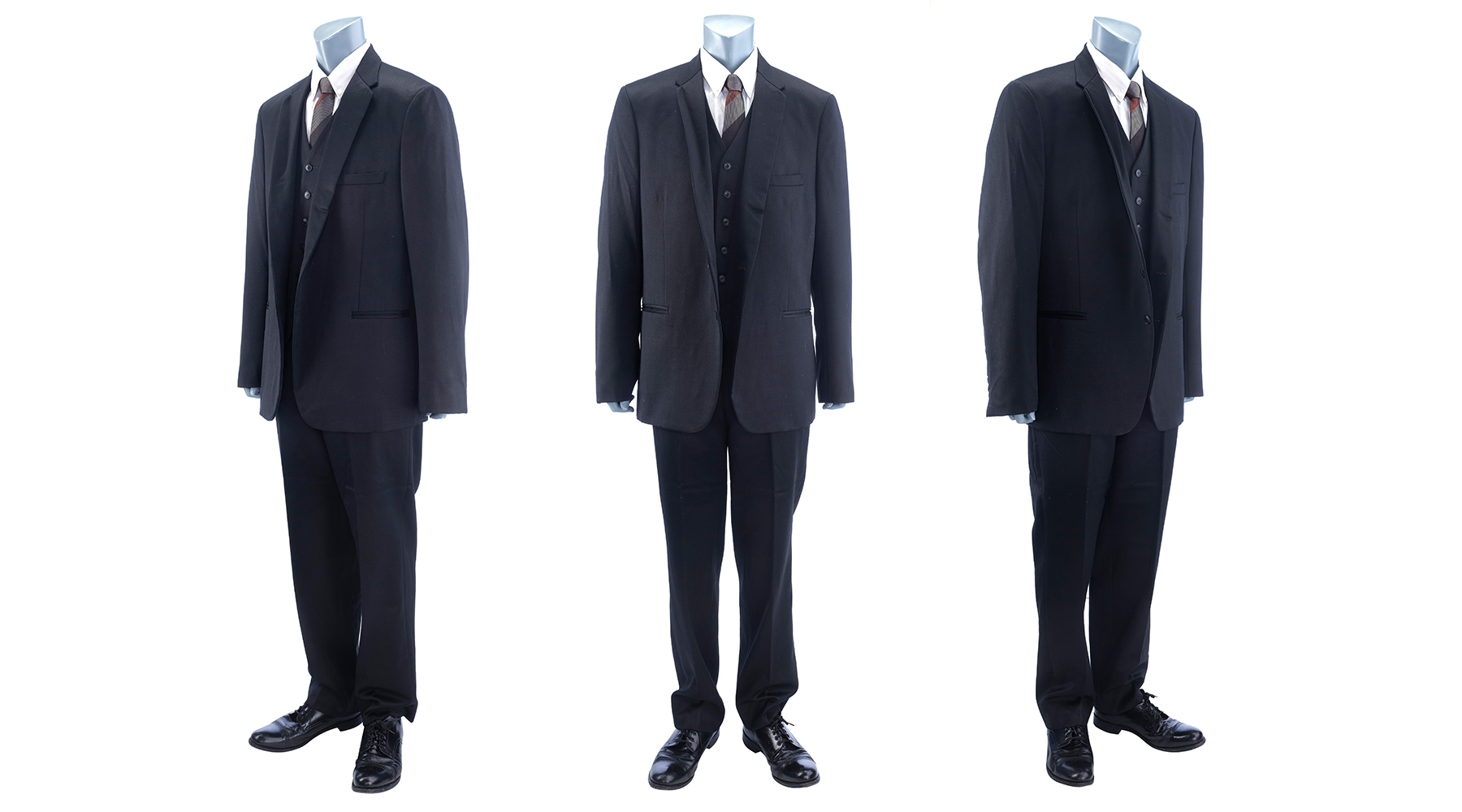 Jamison-Tanchuck had actually once worked with the NFL champion, on the 1987 Arnold Schwarzenegger action film The Running Man, in which Brown played ‘Fireball’. She noted at the time that he liked to wear three-piece suits. “He was a bit more conservative,” the costume designer said of his style. “At that particular time [in 1964], many African Americans didn’t have the luxury of doing a lot of things, and had to look at how they could be accepted and navigate certain issues and problems of that particular day,” she noted to The Hollywood Reporter.

However, to help distinguish him from the similarly reserved Malcolm X (“You ain’t gonna ever catch me dressed up as one of your soldiers,” Brown tells X in the film), Jamison-Tanchuck dressed him in a black suit with a sheen that mirrored his burgeoning star power as an actor. “I love how the light reflects the shimmer,” she said. 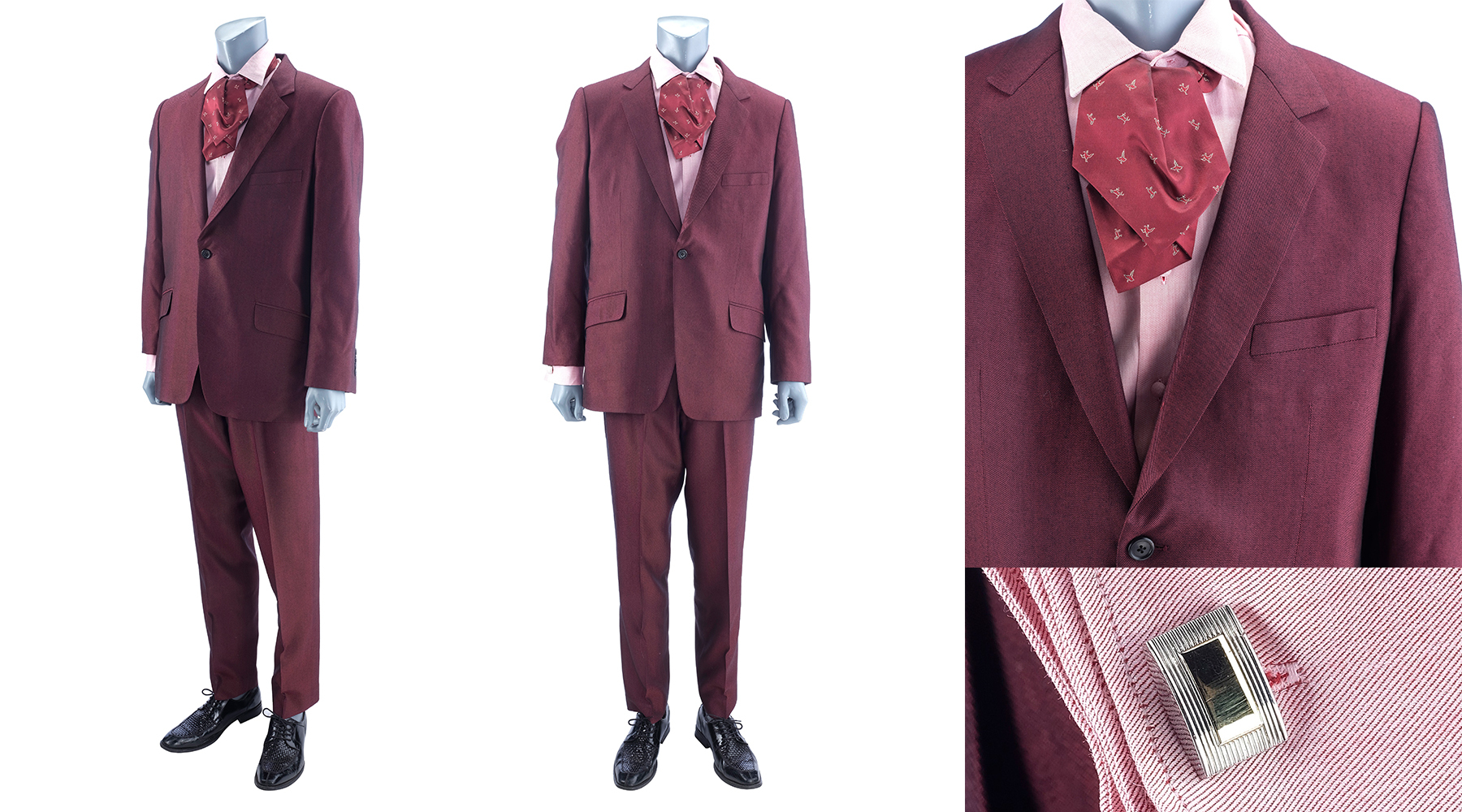 The short-lived singer was by far the most fashionable of the four men, at the other end of the sartorial scale from Malcolm X. As such, Jamison-Tanchuck told The Wrap, he was “the most exciting challenge of all for me. His fashion sense was looking forward, not only for African American men but for men, period.”

Cooke’s most striking outfit in the film is his slick, burgundy sharkskin suit, worn with a coral-colored shirt, which is notably sneered at by one of X’s Nation of Islam handlers (played by Lance Reddick), while X himself calls it “a cheap purple suit,” reflecting the tension and contrast between these two friends.

In a subtle tribute to the singer, whom she fondly remembers from her father’s record collection as a child, Jamison-Tanchuck reproduced a pair of cufflinks that were precious to Cooke. “They weren’t what you’d call real flashy, but they were tasteful,” she told Indiewire. “They were a replica of the ones given to him by the owner of the Copacabana. We thought it was very iconic for him to wear them on The Tonight Show.” This was for Cooke’s touching, climactic scene where he sings ‘A Change is Gonna Come’ – a moment which perfectly encapsulates the Oscar-nominated quality of actor Leslie Odom Jr.’s performance as the singer.

Share
Related Articles
22.03.2017  |  Auctions
Propstore’s Penny Dreadful Auction… Dreadful Weaponry
When battling the forces of darkness, it is always best to come prepared. For this reason, above all, the leading players in the SHOWTIME® Original Series Penny Dreadful always have their weapons of choice at the ready to strike back at the shadows. Here’s a closer look at the great weapon lots in our Penny […]
24.07.2020  |  Collections
NOSTROMO: A Legend Born, And Born Again l Entertainment Memorabilia Live Auction – Los Angeles 2020
The cover piece for our first ever Los Angeles-based Entertainment Memorabilia Live Auction is the 11-foot long filming miniature of the Nostromo from Ridley Scott’s horror classic, Alien. This artifact has been a part of Propstore’s company collection for over a decade, but wasn’t always in the camera-ready shape you see it in now. Read […]
07.06.2018  |  Uncategorized
Gary Tunnicliffe Interview Questions … Hellraiser: Judgment Auction
There is no Hellraiser without Clive Barker, and no Hellraiser: Judgment without Gary Tunnicliffe. From his early years working effects on the films to writing, directing, and starring in Judgment, Gary is an expert on all things Cenobite and one of the current architects of the Hellraiser franchise. We were lucky enough to sit down […]
20.11.2020  |  Uncategorized
Batman and the Joker | Designing Gotham
In this blog, we are looking into the design of two characters who are the epitome of hero vs. antihero – Batman and his infamous arch nemesis, the Joker – and how over several decades, the look of both has dramatically transformed.
Sign up to be in the know