The Star Trek crew uniform is an iconic piece of the franchise. Since the original series, the primary colored tunic/black pant combination has been one of the most culturally identifiable images, and was translated and updated for the latest films…

Though the appearance of the Enterprise crew remain nearly identical between Star Trek (2009) and Star Trek Into Darkness (2013), wardrobe designers added slight variations to both the form and the function of their versions of the signature look. 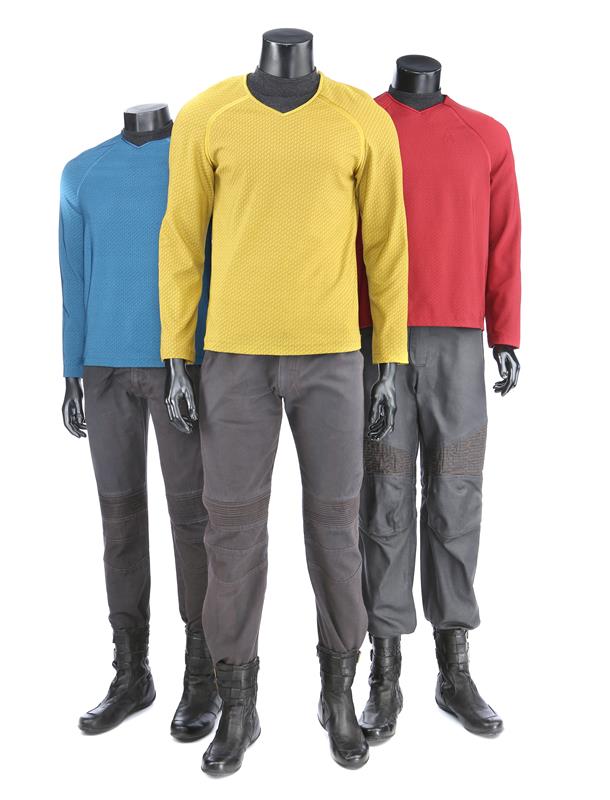 For Star Trek Into Darkness, the costume department made several small changes to the uniforms from the first film. To start, he went with slightly different shades for each primary color for the Starfleet uniform. The Operations shirt were made redder, the Sciences officers wore a slightly greener blue, and the Command uniforms were given a bolder gold hue. Additionally, a hidden zipper was added to the back of the tunics. This feature made changing in and out of the famously form-fitting uniforms much simpler for the performers. Finally, the Starfleet insignias were upgraded from resin versions in Star Trek (2009) in favor of heftier metal versions. 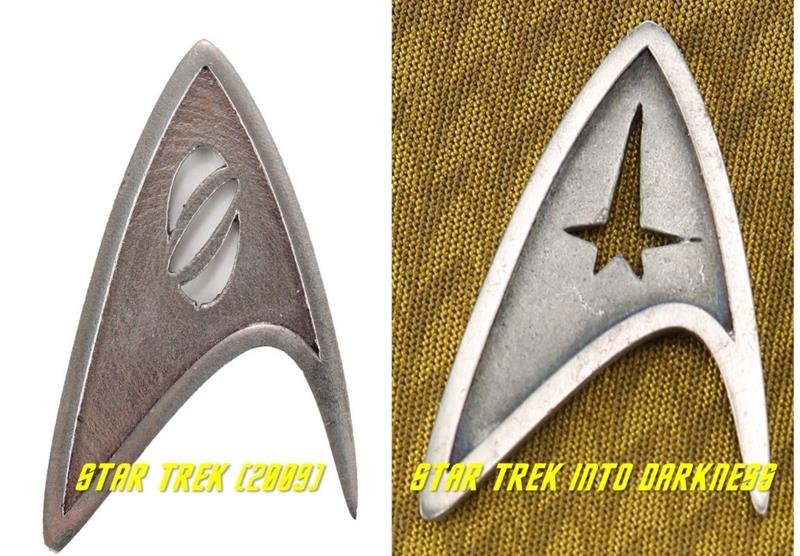 The undershirts offer an even more obvious tell when you look at the position of the collar seams. For Star Trek (2009), the collar seam is several inches down the neck, giving the shirts a turtle neck-like appearance. For Into Darkness though, the seam was sewn more intuitively and is less than an inch from the top of the collar.

When creating the uniform pants for Star Trek (2009), the costume department sought a design that lent as much to function as it did to fashion. This resulted in pants being made from grey twill with horizontal patterns at the knees to assist with movement — perfect if you ever find yourself part of an away team on an unknown planet! However, with Into Darkness, subtle changes were made to the pants. Most notably, pants made specifically for Into Darkness differ in their knee patterns, which switched out the horizontal line patter in favor of diagonal. 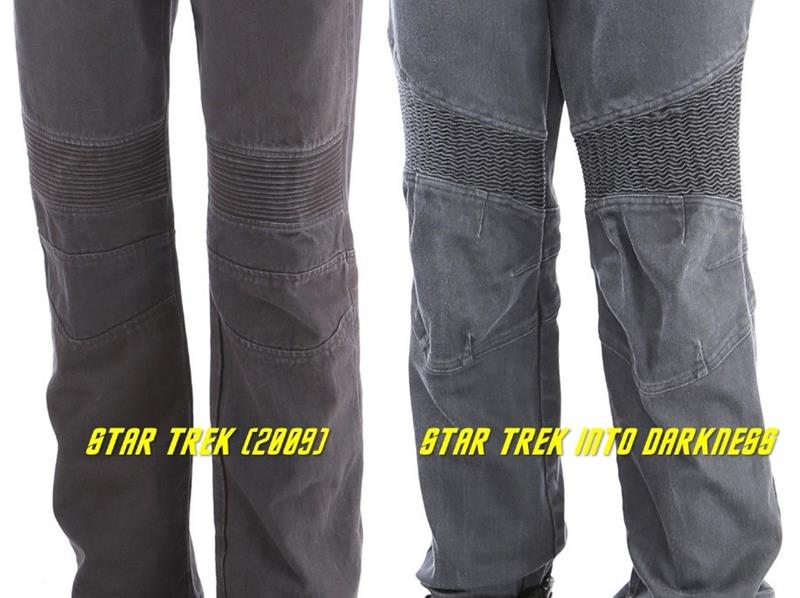 Share
Related Articles
24.11.2017  |  Auctions ,  Star Trek
Star Trek Live Auction… The Final Frontier: Uniforms and Props From the USS Enterprise
Debuting in 1966, Star Trek unleashed a pop-culture phenomenon that would permanently keep a residence in the consciousness and hearts of science fiction fans. With Star Trek’s popularity, Starfleet’s Captain William T. Kirk, Lieutenant Nyota Uhura, Dr. Leonard ‘Bones’ McCoy, and the ever-so-logical Mr. Spock quickly catapulted from television series characters to beloved icons.
26.08.2016  |  Auctions
Propstore Live Auction 2016 Presents… Star Trek
Welcome to this week’s preview to our Propstore Live Auction on 27th September 2016. will be focusing on one of the most beloved ‘space’ series – Star Trek…
16.11.2017  |  Auctions ,  Star Trek
Star Trek Live Auction… Andy Siegel: Starfleet’s Prop Master
Working as the Prop Master for a major motion picture is a tough job, even when the pieces you’re creating aren’t already iconic. When industry veteran Andy Siegel landed the job for Star Trek Into Darkness, he was not only taking on a sequel to a successful film, but a legacy of props and design […]
22.04.2016  |  Collections
Explore Crew Clothing with Propstore
If you’ve ever been on a film set, or watched a behind-the-scenes documentary, you might have seen crew wearing T-shirts, jackets and other memorabilia from different productions. Clothing is a common gift for the cast and crew, often used as a present when a film or TV season wraps so they can remember the time […]
Sign up to be in the know