“In this world nothing can be said to be certain,” so the saying goes, “except death, taxes and the renewal of The Simpsons.” Well, that might as well be how the saying goes.

At the time of writing, Fox’s hit primetime animated comedy has reached its 31st season, with Season 32 due to start airing this Fall. Not only is it America’s longest-running sitcom, it is also the longest-running scripted primetime series, having outlasted Gunsmoke, which sauntered off into the sunset during Season 29 in 1961. Yet, during its 30 years of entertaining millions worldwide, Homer, Marge, Bart, Lisa, and Maggie haven’t aged a day.

Almost as ageless is the process by which the show is made. Unlike those scrappy, quick-to-produce young bucks that came along in the ’90s, such as South Park and much of Adult Swim’s output, The Simpsons has always stuck to the same detailed, multi-staged production process that was set in stone by its forebears, such as The Flintstones. From 1989 to the present day, every episode is painstakingly developed from initial pitch to scripting, to voice recording, to storyboarding, to layout, to clean line animation (outsourced to South Korean company Akom since 1996), to final review. However, there have been some significant tweaks to that process along the way. 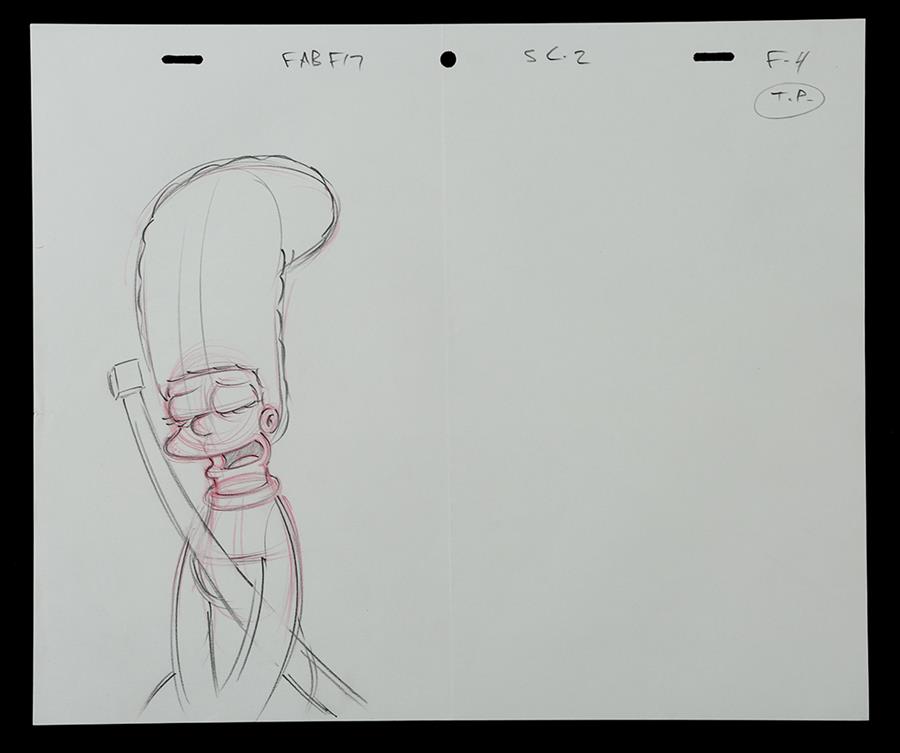 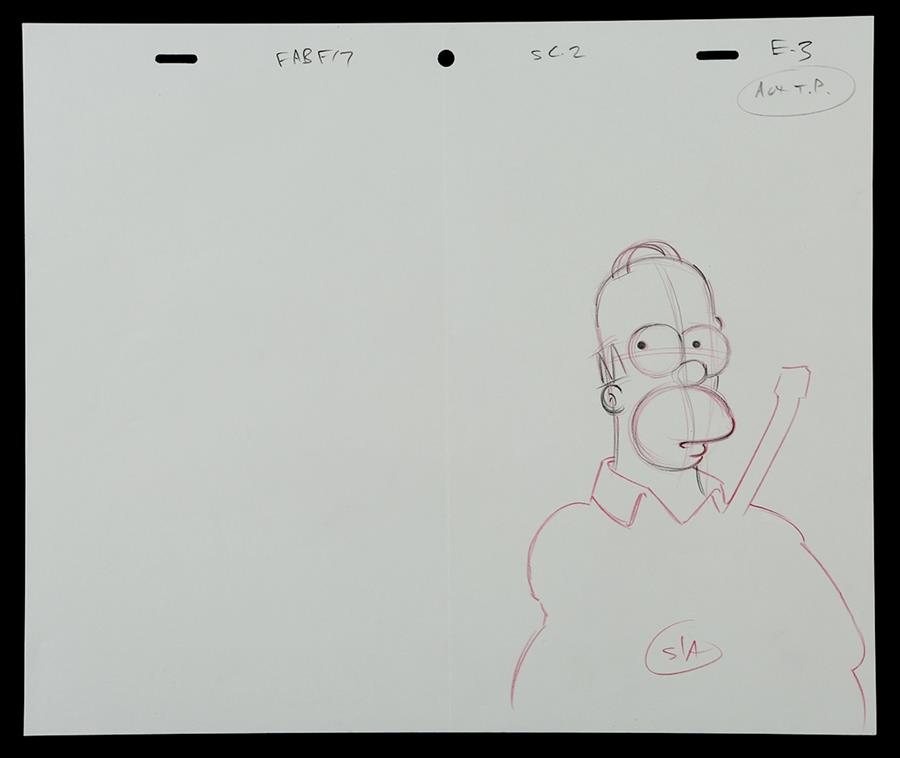 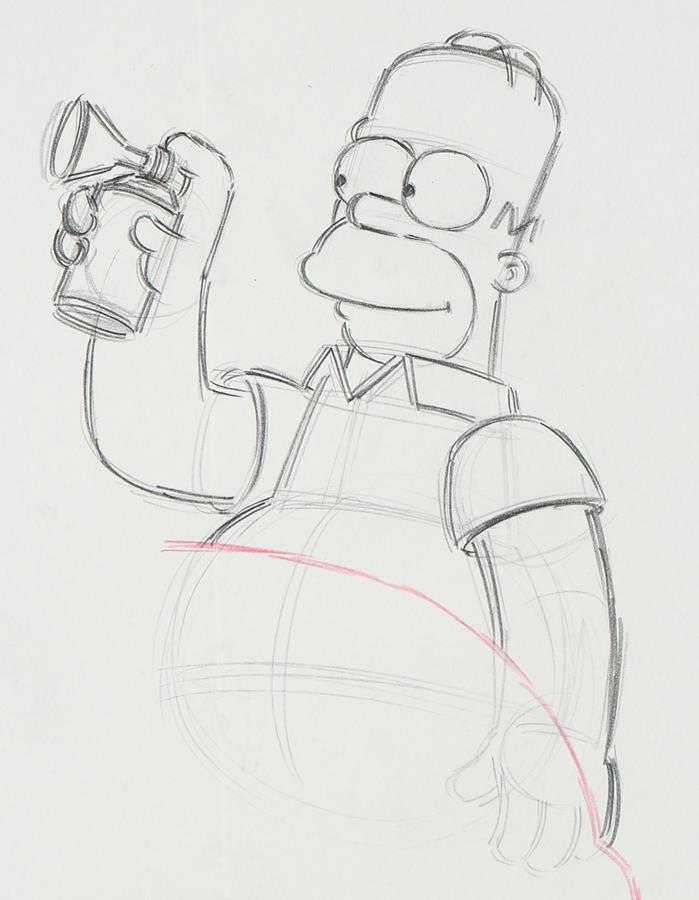 During the early days of The Simpsons, its storyboards – where the scripts first came to visual life – were hand-drawn on paper. But during the ’90s, hand-drawn storyboards were replaced by animatics, which combined images with the voice track. At first these were edited on tape, but more recently became fully digitized, enabling them to be accessible anywhere via an online hub.

Another notable change was the combination of the storyboard and story reel stages. The latter involved artists working from the storyboards on small portions of each episode, adding in such details as background elements and character poses, while taking in the director’s notes. But now all that happens in one fell swoop, thanks to the sophistication of digital storyboards, streamlining the progress from the start of storyboarding to the first screening of the rough cut for showrunner Al Jean and the Simpsons top brass. 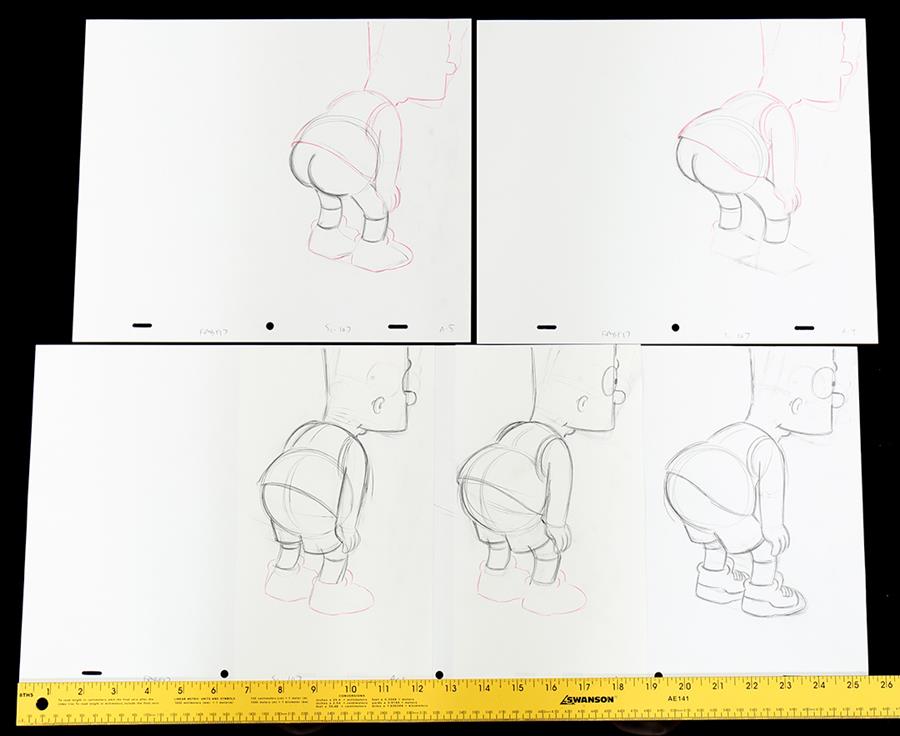 Not that anyone could accuse the Simpsons team of taking any short cuts. After this stage, each episode goes through a lot before it’s ready to air, even being printed out on old-school paper and shipped to South Korea, so the animators there have everything gathered together – layouts, exposure sheets, and so on – as reference. “When we do character layouts [digitally], we are restricted to the field sizes of actual paper,” storyboarder Luis Escobar told Verve in 1996.

Three full decades after the series’ premiere, with no end in sight, there is something reassuring about the fact that, despite significant digitization of its process, this beloved show still has the same traditionally crafted feel it had way back in the early ’90s.

Share
Related Articles
18.08.2017  |  Auctions
Propstore Live Auction 2017 Presents… Movie Artwork
Welcome to the week three of our Preview Blogs for the upcoming Propstore 2017 Live Auction.  Today’s theme is Movie Artwork. From conceptual sketches to full paintings, let’s take a look at some of our favourite pieces coming up in this year’s auction…
16.12.2016  |  Uncategorized
The Ultimate Propstore Christmas Wish List!
With Christmas just around the corner, you might still be looking for a special gift to make this festive season one to really remember! Propstore have over 7000 items for you to browse online, with great items from all your favourite films and TV shows like Star Wars, Jurassic Park, The Simpsons and much more! Check out […]
07.06.2018  |  Uncategorized
Gary Tunnicliffe Interview Questions … Hellraiser: Judgment Auction
There is no Hellraiser without Clive Barker, and no Hellraiser: Judgment without Gary Tunnicliffe. From his early years working effects on the films to writing, directing, and starring in Judgment, Gary is an expert on all things Cenobite and one of the current architects of the Hellraiser franchise. We were lucky enough to sit down […]
13.11.2015  |  Collections
Film: Where It All Begins – Part 2
Movies do not, as a general rule, spring from nowhere. There are many elements that go into making them, particularly big productions that require a lot of design work and planning to bring to life…
Sign up to be in the know