Long time no Dean! Yes, yes, I’m back for another look at Greendale Community College’s very special auction lots! This time, I thought we’d focus on the Greendale student body as a whole… but seven students in particular. The Greendale Seven were the fiercest, most devoted study group this school has ever had the privilege of nursing to maturity. Their commitment to upholding the Greendale way of life was unequal to anyone else, and they always loved, loved, LOVED my outfits! Take a look at some of their stuff I found in the study room over the years. 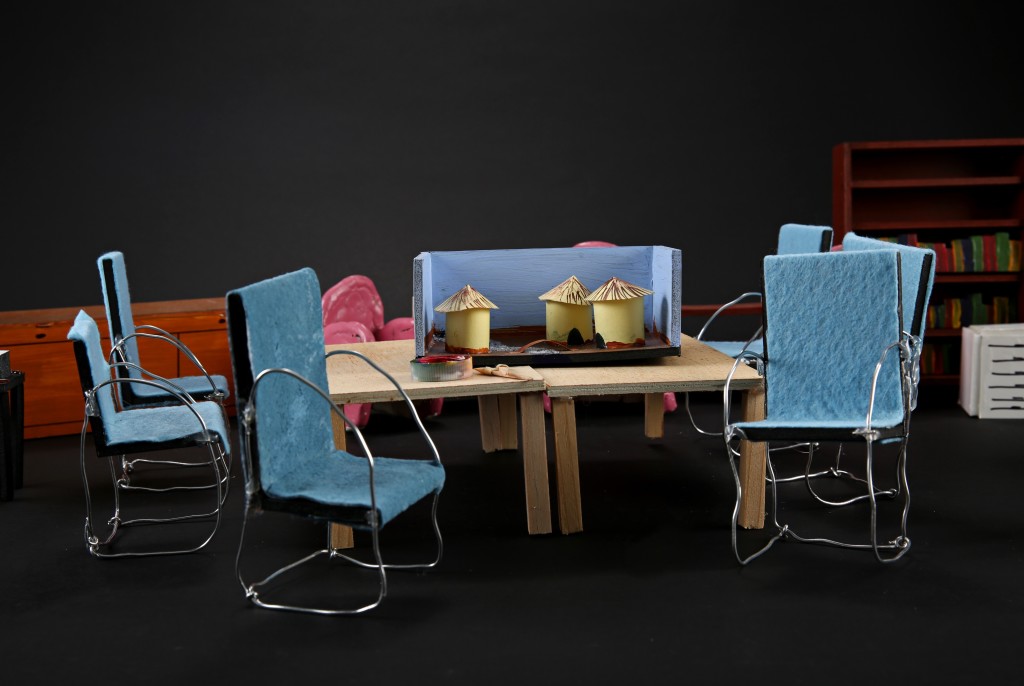 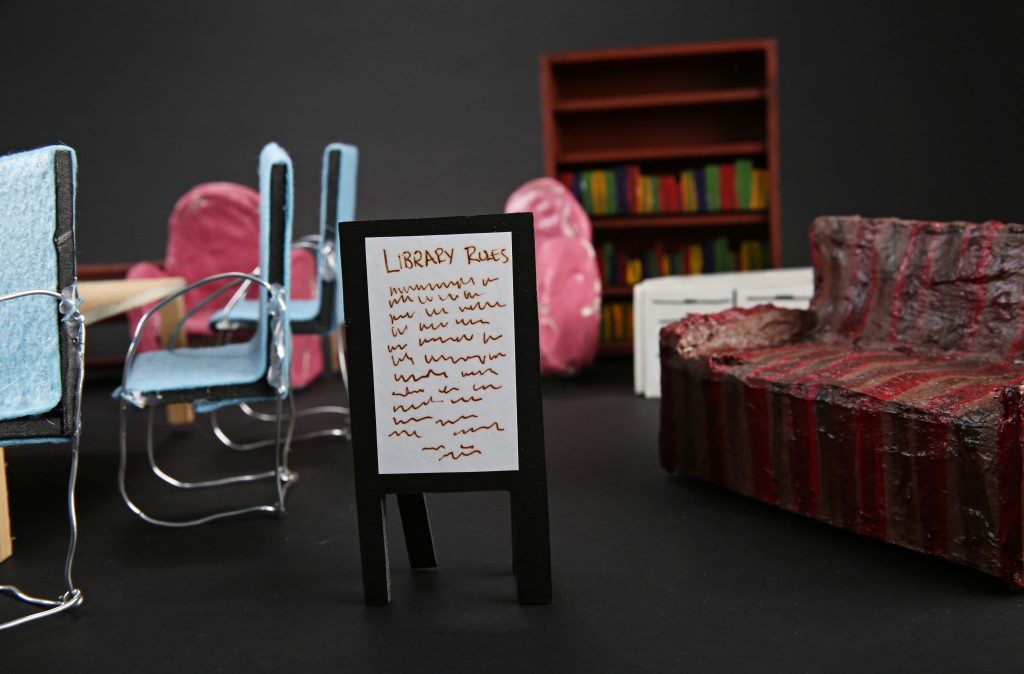 Like most colleges, our students are required to master a number of crafting skills in order to earn their degrees. For their 20th and final Anthropology diorama, the Greendale Seven were tasked to make a diorama of themselves working on their 19th diorama of the year. Aiming for the highest in college diorama authenticity, the group had to recreate all the furniture from the Greendale study room to sell the reality of their project. I have no idea what grade they got, but I do know they deserved an F for doing a Fantastic job on this A+ project. 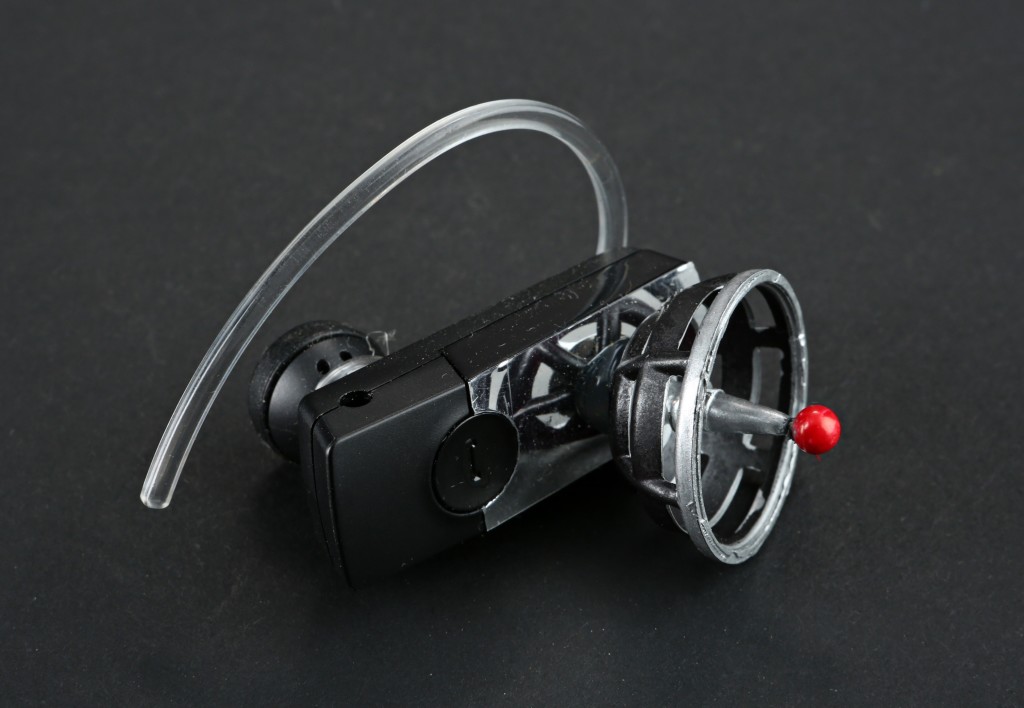 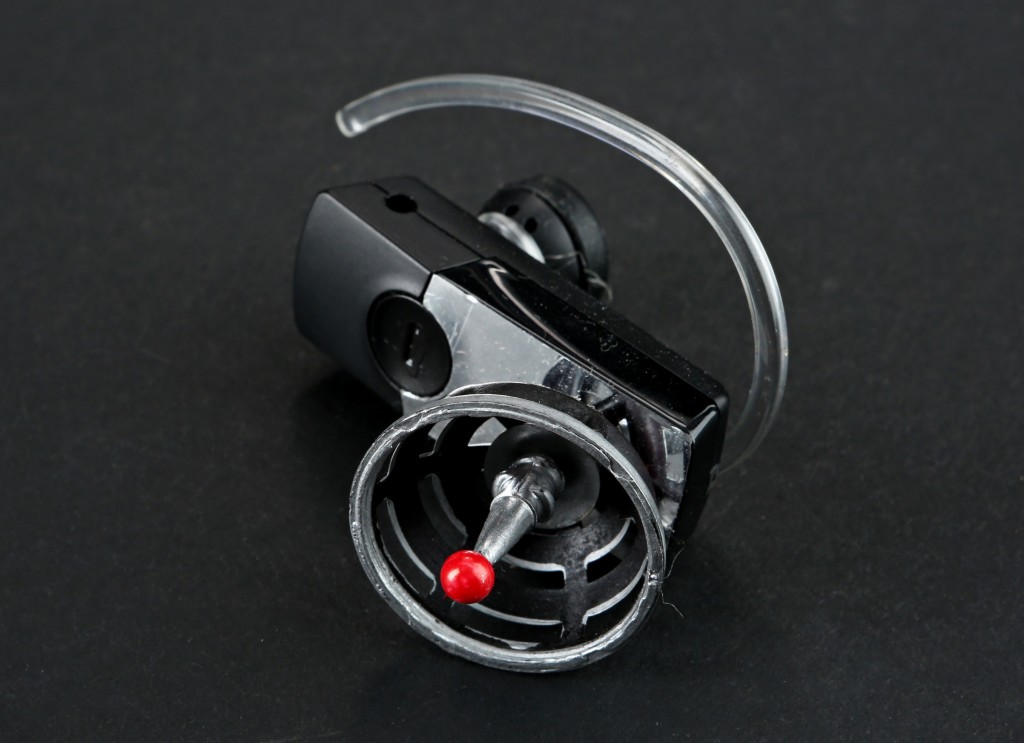 Every group of smart college kids needs a playful, racially unconscious father/uncle figure. For the Greendale Seven, that man was (temporarily) Pierce Hawthorne. Funded by his family’s moist towelette fortune, Pierce had nothing but time to buy expensive gadgets online, which is where these fabulous Ear-noculars come in. Full disclosure, they don’t work, but they make a wonderful accessory for any short-cropped sci-fi getup you have lying around. Just me? 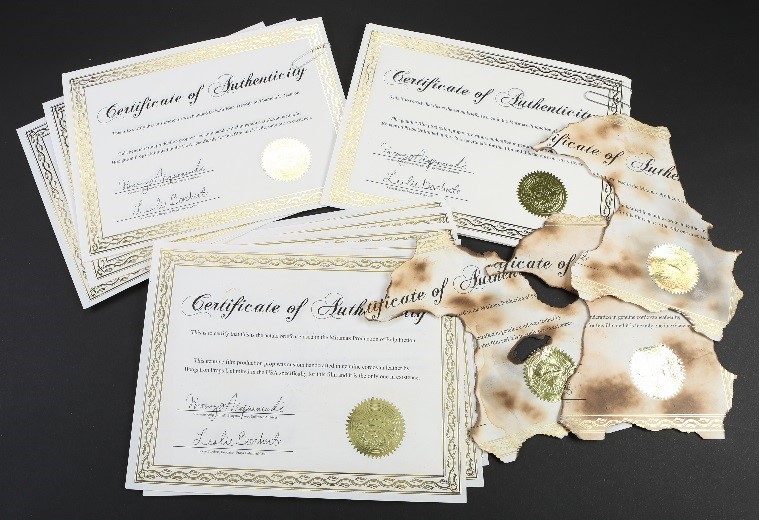 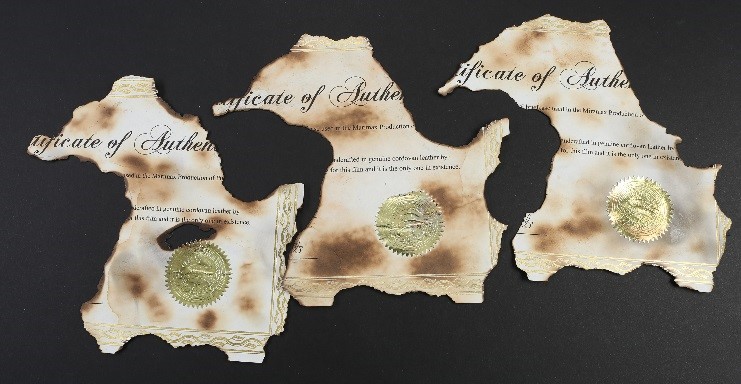 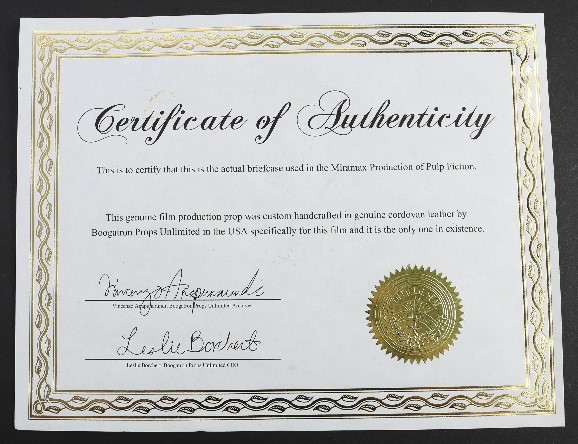 This piece once belonged to Abed Nadir, which brings us to Jeff Winger. Jeff, Greendale’s brightest and tightest, was such a good friend to all of his study pals, but took a particular liking to Abed. Jeff even bought the original briefcase from that family favorite Pulp Fiction for Abed’s birthday. Unfortunately, Abed had recently seen My Dinner with Andre, which somehow led to the briefcase catching fire… I don’t remember the details, Chang talks so quickly. 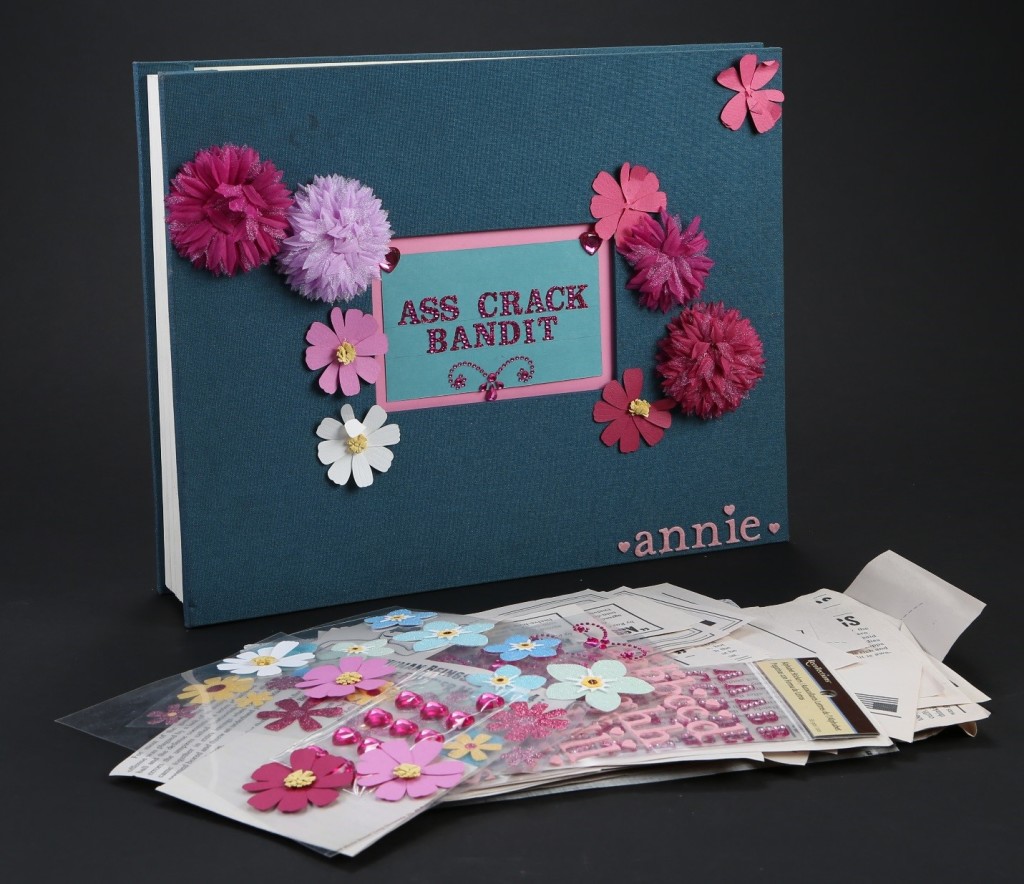 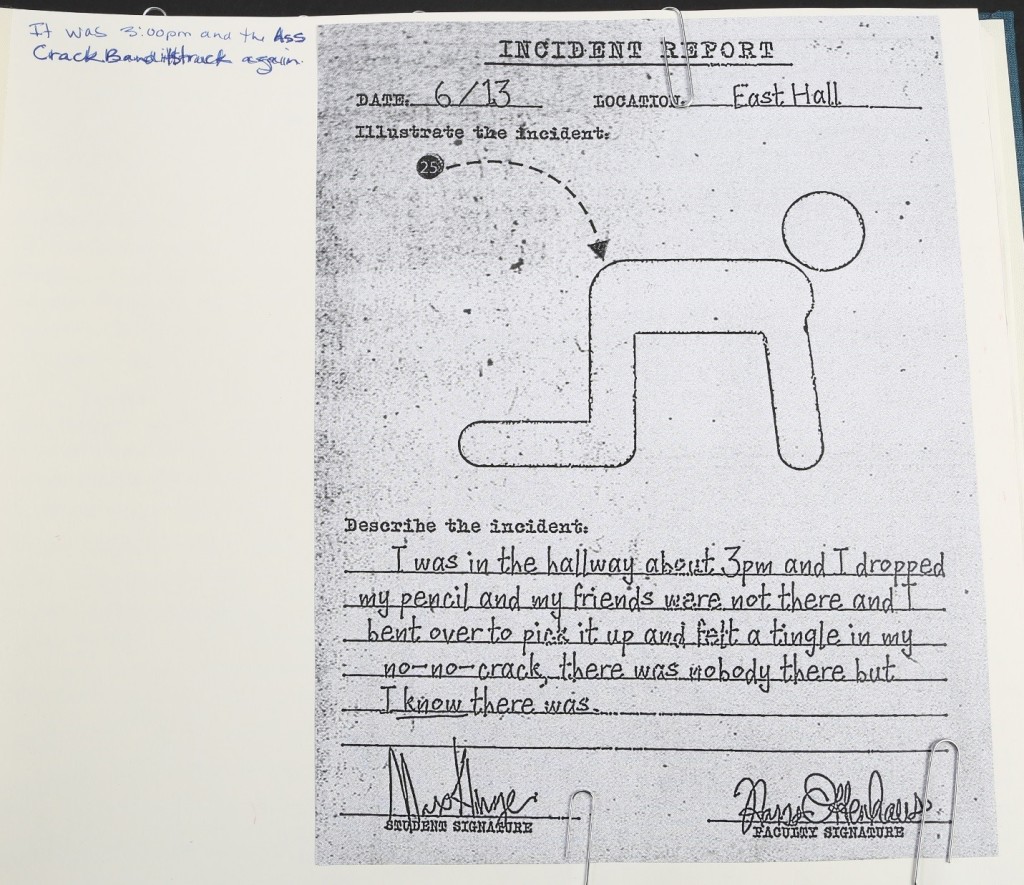 Even when the paintball supplies are locked away, Greendale does occasionally find itself in some “especially heinous” circumstances. When the Ass Crack Bandit (ACB if you’re kinky) was on a rampage, star-student Annie Edison put her detective hat on and methodically charted the mad man’s rein of quarter-in-the-butt terror. Now, have I heard the rumors that Annie was actually the ACB? Sure. Do I believe them? Unequivocally maybe. 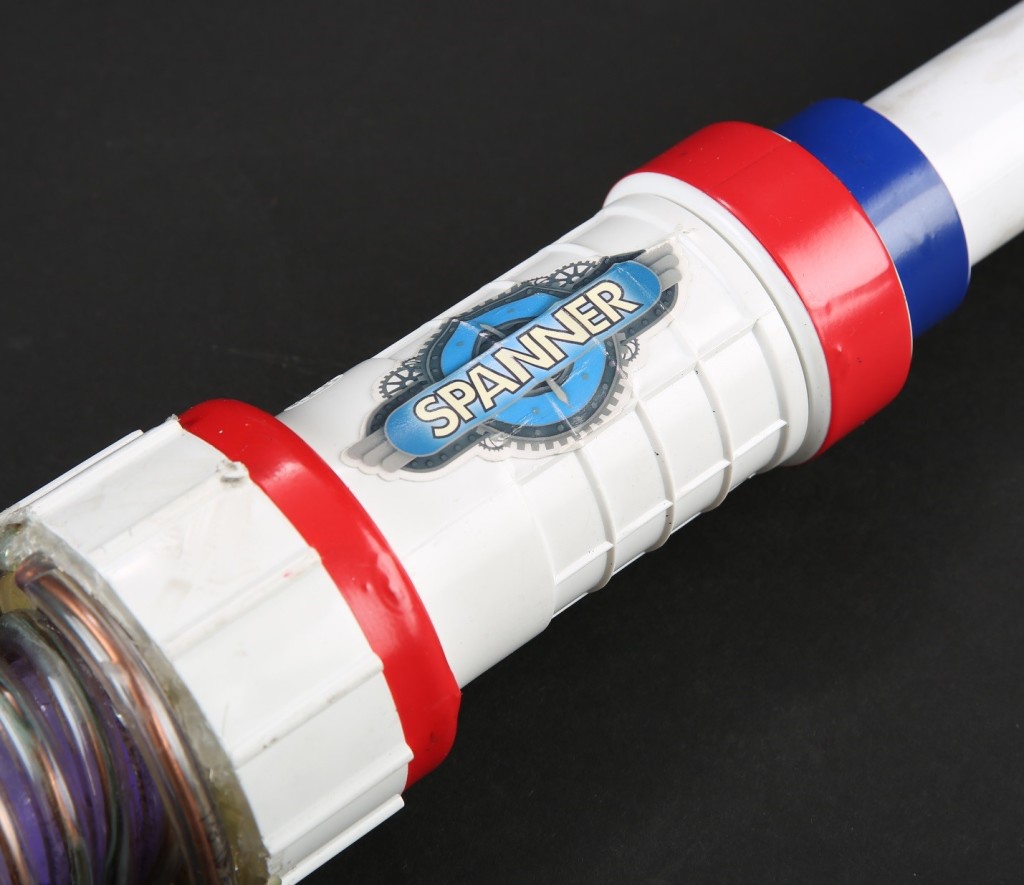 Kids, amiright? When Britta Perry realized that childish Troy Barnes’ obsession with Inspector Spacetime wasn’t going to fade away, she bought the boy a quantum spanker toy at a fan convention. Now that I think about it, I’m surprised to see this in the auction, Troy loved that gift. That year is a little hazy for us all though, so maybe he forgot he owned it?

Well, this is Dean Dangerous signing off for once and for all, but remember these lots and many more are open for bidding in Prop Store’s Community Auction, with lots closing June 30th, 2017. Goooooo Greendale!