Welcome to this week’s Prop Store Live Auction preview. Now that we are in September, the date of the auction getting close, and the excitement level is starting to mount here at Prop Store!

So far, each of our previews has focused on either a particular film series, or a particular type of movie memorabilia. However, today we have something a little different to offer – a ‘spotlight’ on one very special item. The item in question is the X-Wing ILM Model Miniature from the second Star Wars film, The Empire Strikes Back…

The X-Wing Model Miniature was created in the workshop of the iconic ILM (Industrial Light & Magic) company specifically for 1980’s Star Wars sequel, The Empire Strikes Back.  This is the actual model which was shot on the motion-control stage by ILM’s special effects team.  It is particularly remembered for the rebel evacuation from Hoth, for which the X-Wing was intentionally ‘distressed’ to simulate the effects of laser fire and smoke damage in battle.  After filming was complete, this model was gifted to ILM’s renowned Special Visual-Effects Supervisor on the film, Brian Johnson.

We are delighted to be able to share with you today an extract from a recent interview with our COO Brandon Alinger and Brian Johnson, in which he talks about his work on Empire, and the X-Wing in particular. Brian is an award winning special and visual effects designer and director with over 40 years in the TV and movie industry.  His CV includes sci fi classics such as 2001: A Space Odyssey, The Day The Earth Stood Still and Alien (for which he won an Oscar).  He also worked on evergreen Gerry Anderson TV classics such as Supercar, Fireball XL5 and Stingray, as well as Anderson’s later series Space 1999 (which was made in 1974, but whose innovative special effects are still admired and highly regarded to this day).  Brian is also known as the man who turned down the chance to work on the original Star Wars movie, because he was already contracted to Space 1999. Fortunately for us, he was able to take up an offer to supervise special and visual effects on The Empire Strikes Back, for which he won his second Academy Award.

1. On Empire, you served as the head of the live-action special effects unit and also as a visual effects supervisor at ILM. This was not done on the original film — what was the reason for it, and how did you land in this role?

While filming Space 1999 TV series I had a visit at Bray from George Lucas and Gary Kurtz.  They saw what I was doing with model shots and multiple exposures on original 35m/m 4 perf colour negative stock. I had to complete 5 shots a day so motion control was not an option. I set up and supervised the Practical Effects Unit at Elstree including commissioning 8 R2D2 robots, made in carbon fibre epoxy vacuum moulds, the bodies were many times lighter than the Star Wars originals made in Aluminium and Fibreglass.  I used the White Horse Toy Company in Oxford because I had recently bought a beautiful black carbon fibre rocking horse from them for my two daughters. 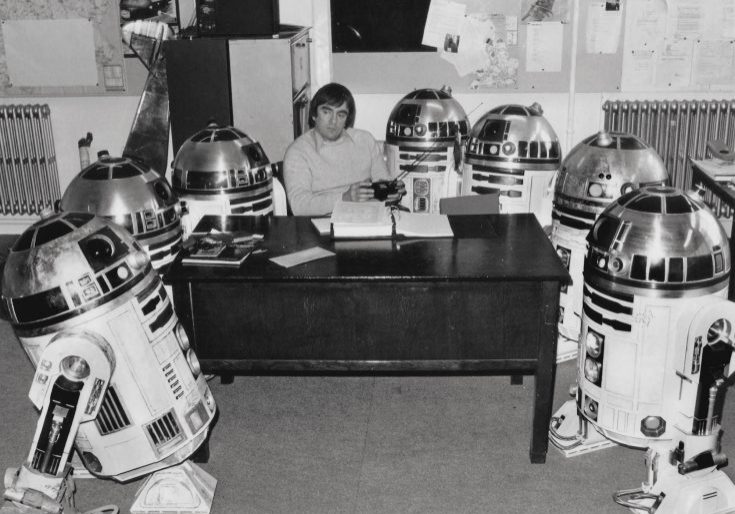 2. Can you explain the significance of having someone who served as a link between the two units? With something like the probe droid, for example, a full size version was built and filmed in the UK (and on location) while a miniature version was shot at ILM. Did you supervise both?

I supervised all the UK built droids at Elstree. When I was moved to ILM the Model Dept [Lorne Peterson and crew] built the ILM version.

3. What were some of the biggest concerns and challenges when you started the project?

The whole project was a challenge!  Shooting in Norway in mid-winter and obtaining electrical and oil/explosives that would work in minus 20 degrees Celsius and below, obtaining bio degradable debris that would show up in explosions was a pain. The recce in November to set the positions for the workshops on top of the Finse glacier was compromised when we returned in February as Finse had had 24 feet of snow added!  The snow drifts were 50 feet high over the only hotel and white outs caused a number of broken bones on skidoo drivers [the only way to reach the Planet Hoth battle area.] 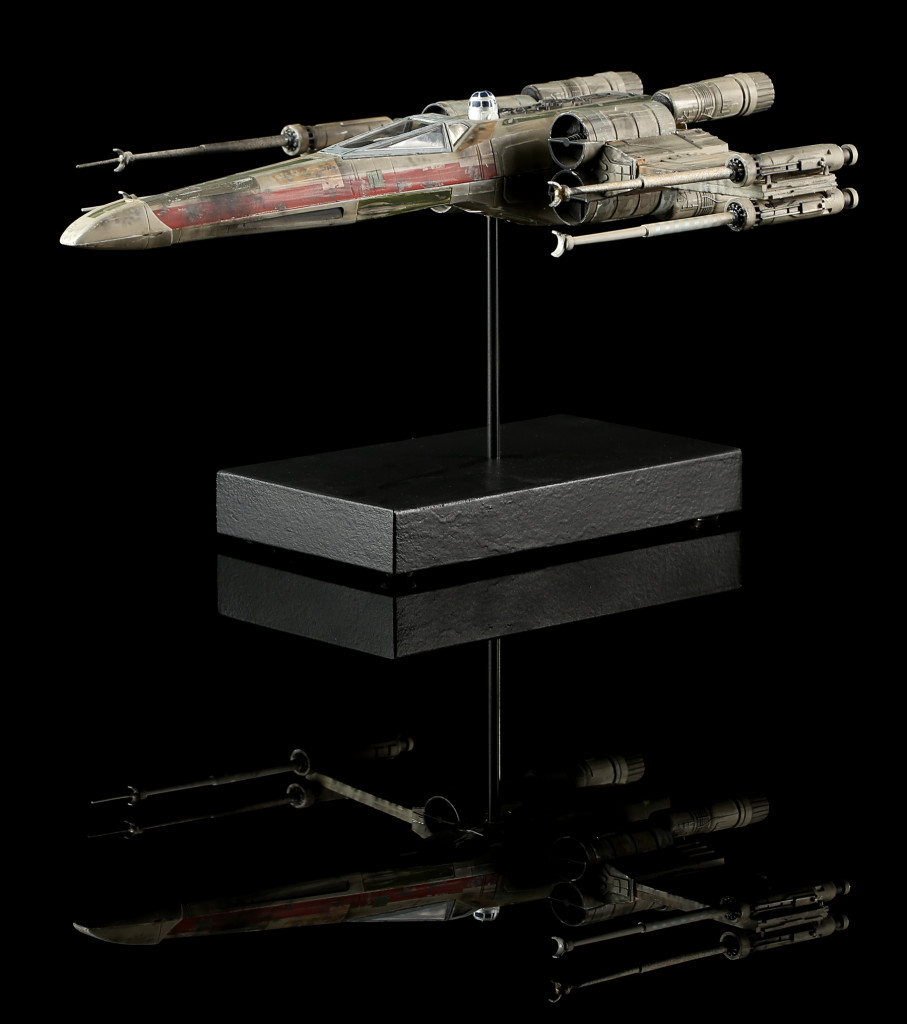 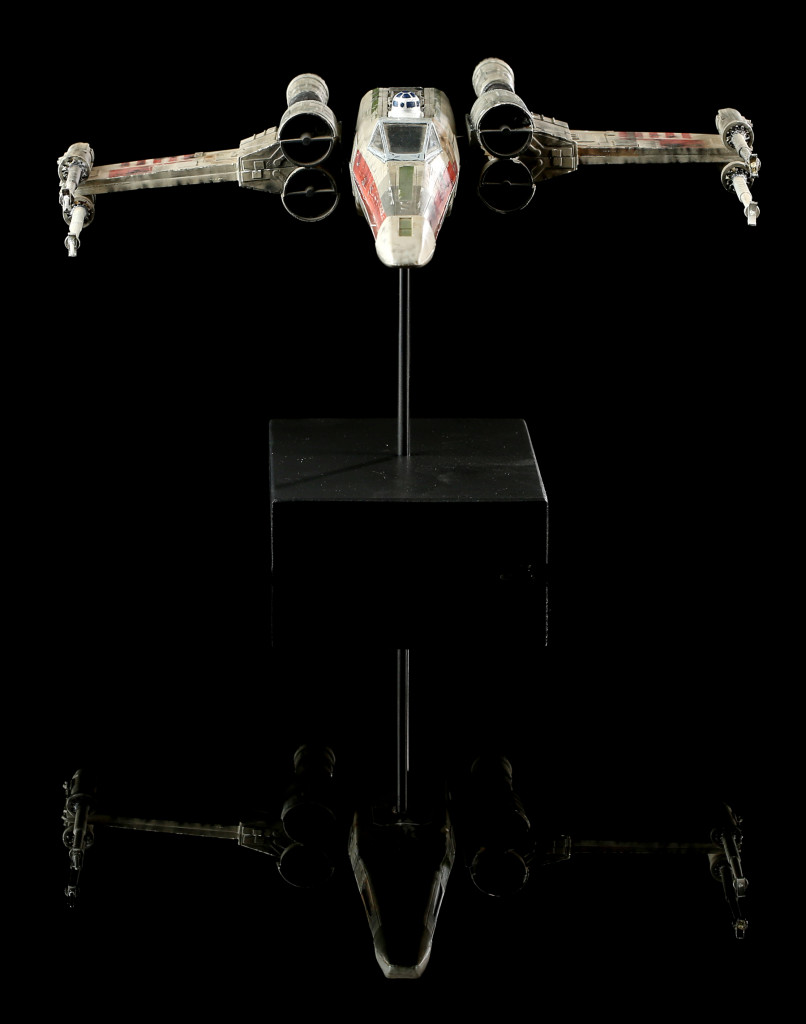 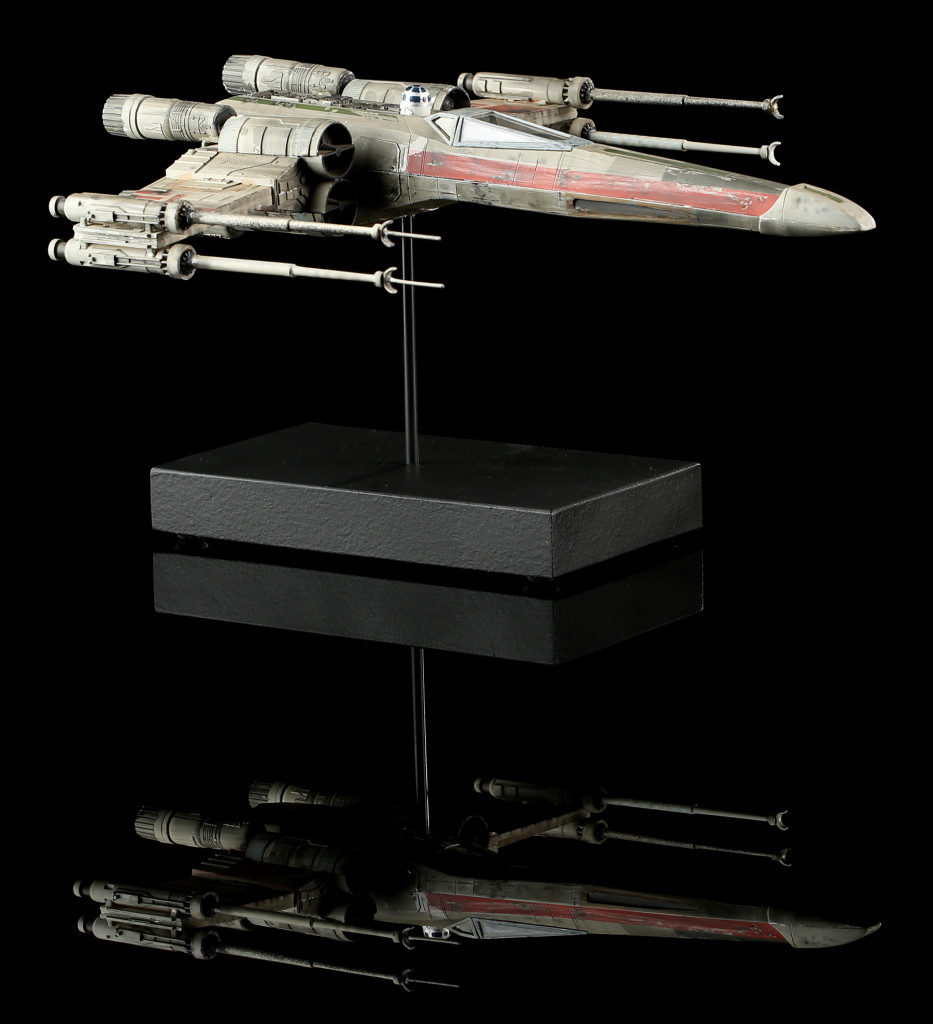 5. Can you tell us the history of the X-Wing model miniature in the Fall 2016 Entertainment Memorabilia Live Auction and how you came to have it?

The model was used in some of the multi X-wing shots, including shots of the X-wings with the transports as they left Hoth.  They were not articulated, just used as background items. Ken Ralston and others including Neil Krepela, Bill Neil did the Motion Control passes. The Model Shop built the Revell kits and added detail. Headed by Lorne Peterson with Charley Bailey, Mike Fulmer, Steve Gawley, Pat McClung, Wesley Seeds, Ease Owyeung, Dave Carson had a hand in building, dirtying down etc. After Empire was finished and back in the UK Gary Kurtz gave me the X-Wing. It was beautifully detailed by the Model Shop for filming.

7. What was the reason for using off-the-shelf miniatures, and what sequences were they used for?

We used off the shelf kits because it was cheap, quick and accurate. Wherever you see masses of X-Wings taking flight the furthest from camera mass were usually kit built ones. 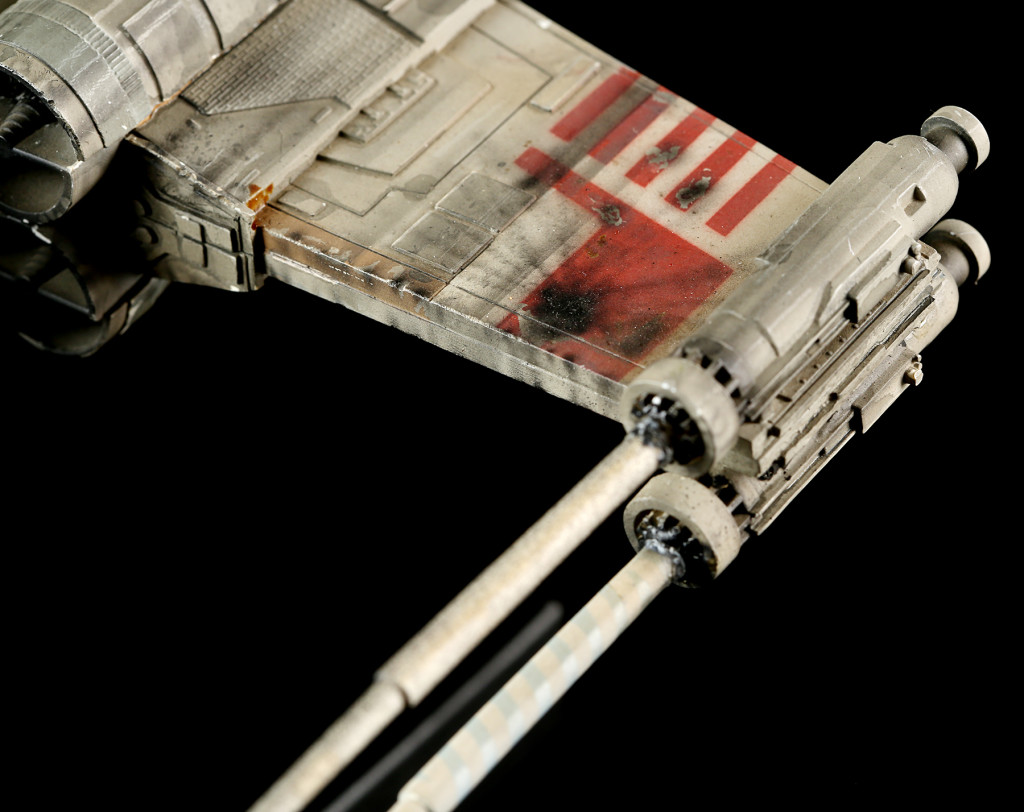 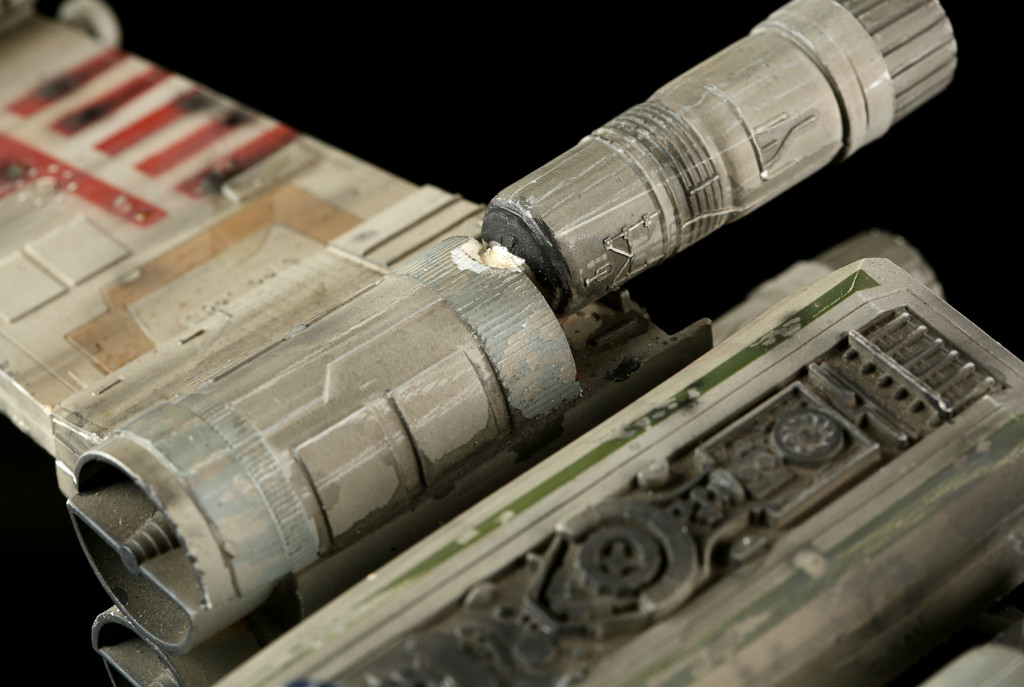 This unbelievable amazing piece of Star Wars movie history will be available in the upcoming Prop Store Entertainment Memorabilia Live Auction, so Register Now to make sure you are kept up to date will all the latest auction information and more! And don’t forget to check back at the Prop Store Blog every Monday and Friday leading up to the Live Auction to get more exclusive sneak peeks of what’s to come in one of Europe’s largest and most exciting film and TV memorabilia auctions.