It only made sense, then, that Propstore’s annual Live Auction of amazing movie and entertainment memorabilia should get bigger, too.

With 900 items going under the hammer on 30 September and 1 October at London’s BFI IMAX in Waterloo (as opposed to 600 items at each of our five previous auctions), 2019 was by far our most ambitious and expansive auction yet. But not only that. It was also the biggest film-and-TV-memorabilia live auction in the UK’s history, with all those lots fetching more than £5.25 million ($6.4 million) in total. 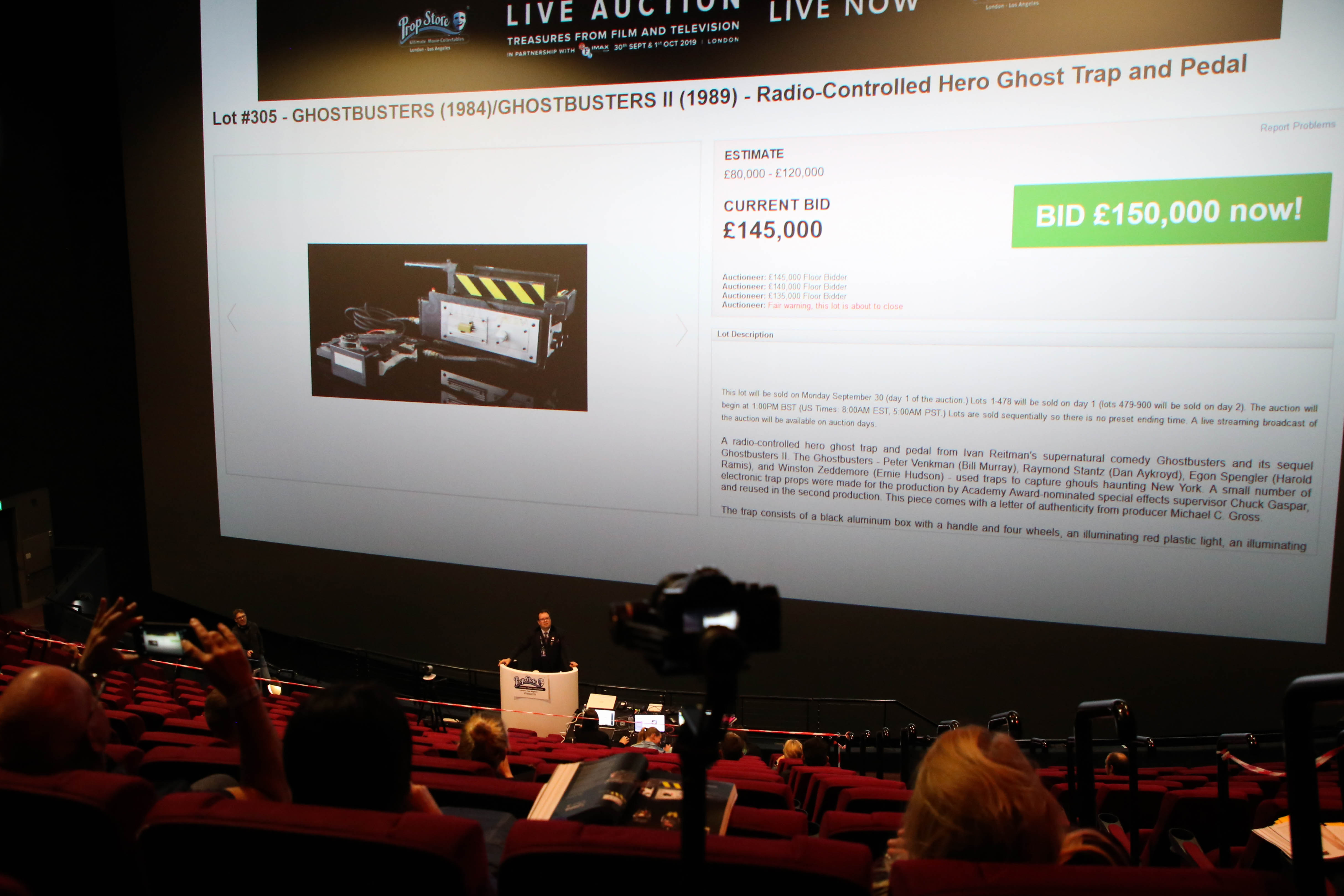 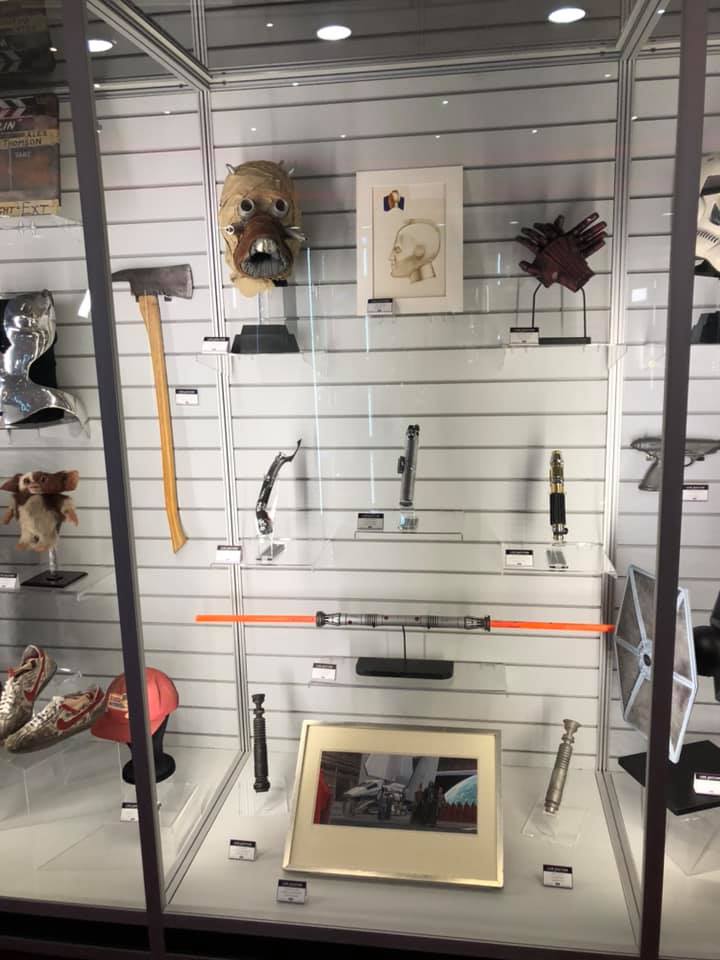 As ever, it took a lot of preparation — blood, sweat, tears and passion — to pull off, with the Propstore teams on both sides of the Atlantic putting together our gorgeous, coffee-table-worthy catalogue (also bigger than ever) and paving the way to the grand event itself. 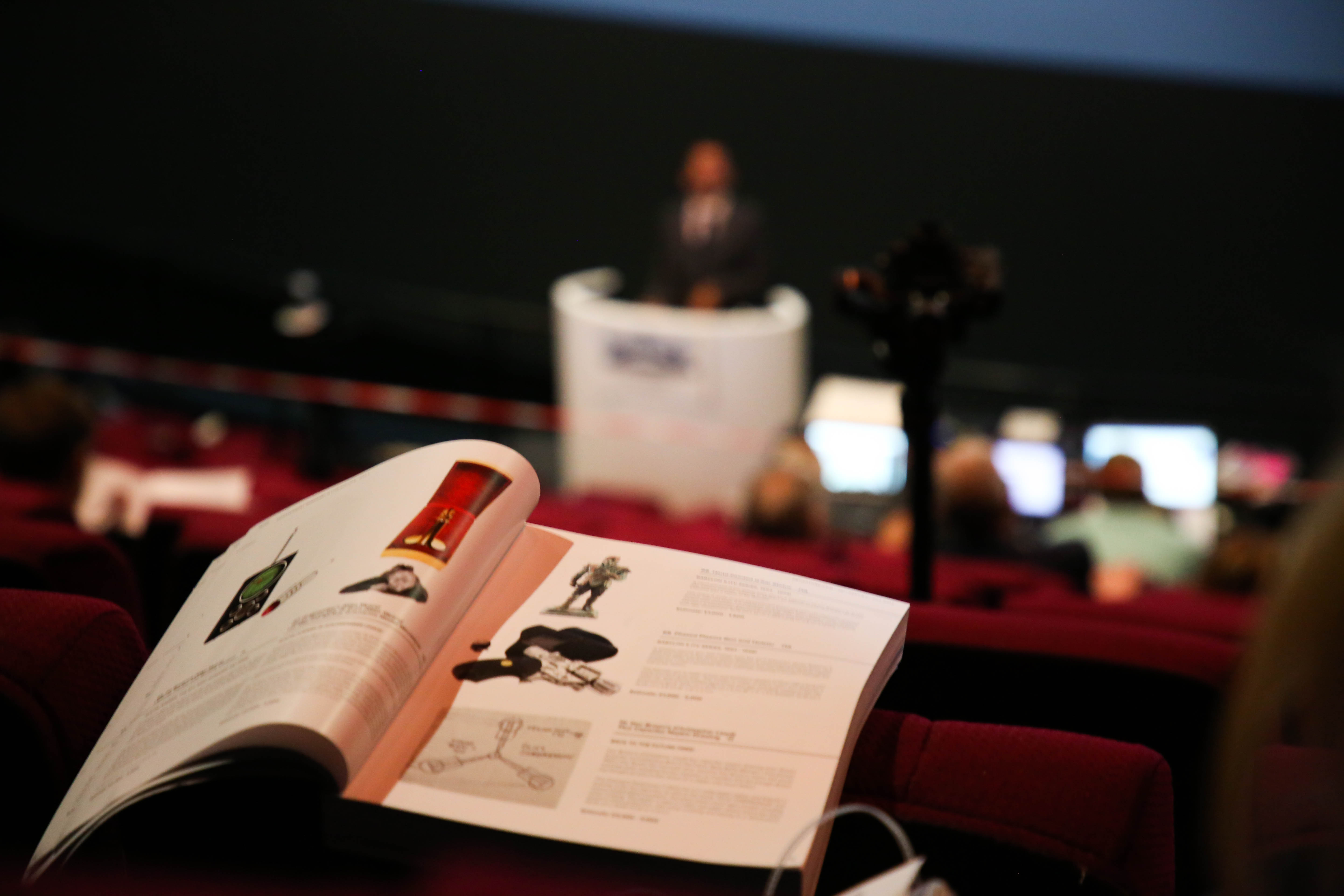 Once again, we set up the ever-popular Propstore booth at San Diego Comic-con, making the R2-BHD droid from Star Wars: Rogue One our star attraction (while also showing off costumes from our Marvel TV Live Auction). 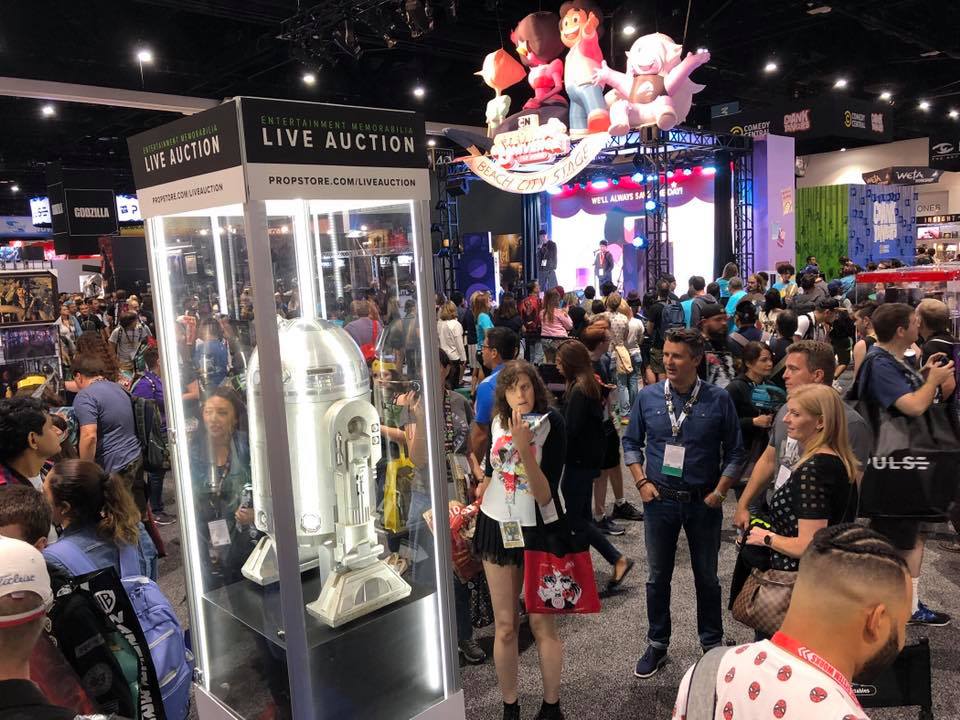 As in previous years, we ensured the film-loving public could get up close to the most exciting lots (more than 250 of them, in fact) at a free exhibition at the London BFI IMAX during the two weeks leading up to the auction. Here we displayed dinosaur skeletons from Jurassic World, the imposing ABC Warrior from Judge Dredd, Jack Torrance’s iconic axe from The Shining, and Luke Skywalker’s production-made lightsaber from Star Wars: A New Hope.

We also got the word out there, as far and wide as possible, with coverage on This Morning and Channel 5 in the UK, and Channel 9 in Australia, and stories in such newspapers as The Times and the Daily Mail. 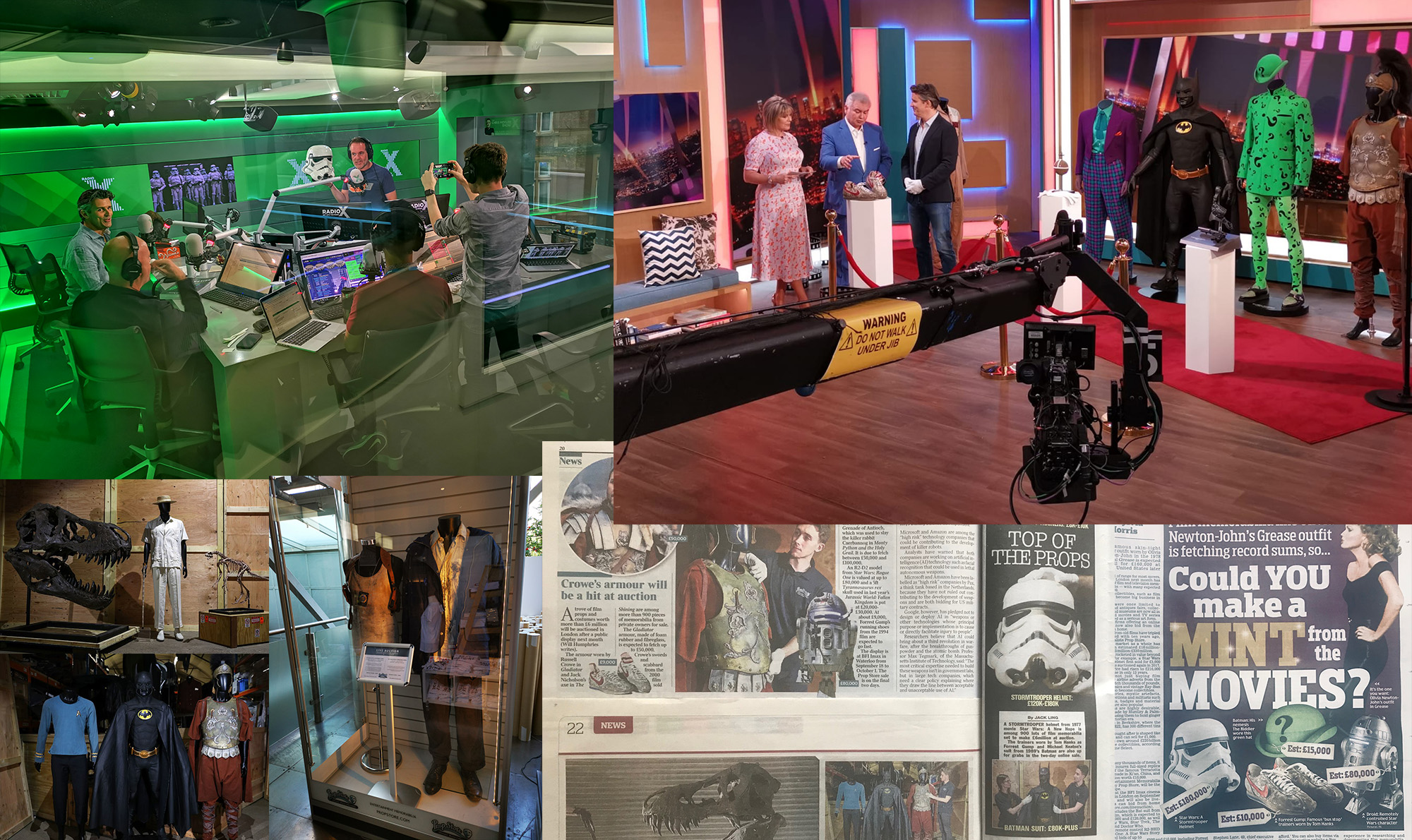 The most valuable lot turned out to be the radio-controlled hero ghost trap and pedal from Ghostbusters, which fetched £186,960 ($228,000). But Propstore also set a world record for selling the most expensive toilet ball-cock — well, one that was ingeniously repurposed as the fabled Holy Hand Grenade of Antioch in Monty Python and the Holy Grail, which went for £67,650 ($82,000).

After such a huge and successful event, you might wonder how the EMLA could ever get any bigger. Well, there’s no stopping us: in 2020, we’ll be holding not one but two Live Auctions: one in April, in Los Angeles, and the other in September, in London. For Propstore, this is very far from being the Endgame…

Share
Related Articles
01.08.2016  |  Star Wars
Propstore Live Auction 2016 Presents… Star Wars
Welcome to the opening preview to the Propstore Live Auction 2016! During August and September, we will be posting Blog updates twice-weekly to whet your appetite with some of the amazing original memorabilia that will be coming up for sale in the auction…
11.10.2016  |  Uncategorized
Propstore Live Auction 2016… Final Round-Up
The 2016 Propstore Live Auction is now behind us, and the amazing items from the auction are currently being despatched all around the world to their new owners!  There has been a huge amount of interest in the auction, and so we thought that it would be fitting to end with a round-up of some […]
26.09.2019  |  Live Auction 2019
Entertainment Memorabilia Live Auction 2019 | FEATURED LOTS
This year, Propstore is launching its biggest-ever Entertainment and Memorabilia Live Auction, with no fewer than 900 cinematic and TV artefacts going under the hammer on 30 September and 1 October. That is a colossal treasure hoard, impressive enough to make even Smaug the Mighty jealous.
27.10.2020  |  Auctions ,  Marvel
Marvel Television Live Auction Bidder’s Guide – Marvel’s Agents of S.H.I.E.L.D. Auction
Is this your first auction? First in a while? You’ve only ever used eBay?! Don’t worry, we’ve got you covered.  In addition to our full Buyer’s Guide and Terms & Conditions, here is a handy reference guide to the various ways that you can participate in the Marvel Television Live Auction!
Sign up to be in the know