Cinema brings us entertainment, excitement and the opportunity to lose ourselves in other worlds. But it also brings us together. There is nothing quite like the experience of seeing a movie with friends, family and strangers, all gathered in a single space sharing the thrill of the action, laughing together at the jokes, or shedding a collective tear during an emotional moment. This was an aspect of cinema we missed dearly during the pandemic. But now normality is returning so are we, to the big, shining screens we love.

After a Covid-19-enforced break, Propstore was back too, in person, for our biggest Live Entertainment Memorabilia Auction yet. From Thursday 3rd to Sunday 6th November, the ever-passionate Propstore team brought together some of cinema’s most enthusiastic fans and collectors at BAFTA’s iconic London headquarters in the heart of London’s West End, to bid on some true cinematic treasures.

The buzz in the Piccadilly location was palpably electric. The room was alive with a sense of relief and gratitude at being back at the event in person, thrumming with anticipation for what was on offer. More than 1,500 items went under the hammer, from Roy Batty’s (Rutger Hauer) screen-matched coat in 1982 sci-fi masterpiece Blade Runner (which sold for £187,500), to the spinning-top totem so memorably spun by Leonardo DiCaprio as dream-thief Cobb in Christopher Nolan’s Inception (which fetched £31,250). 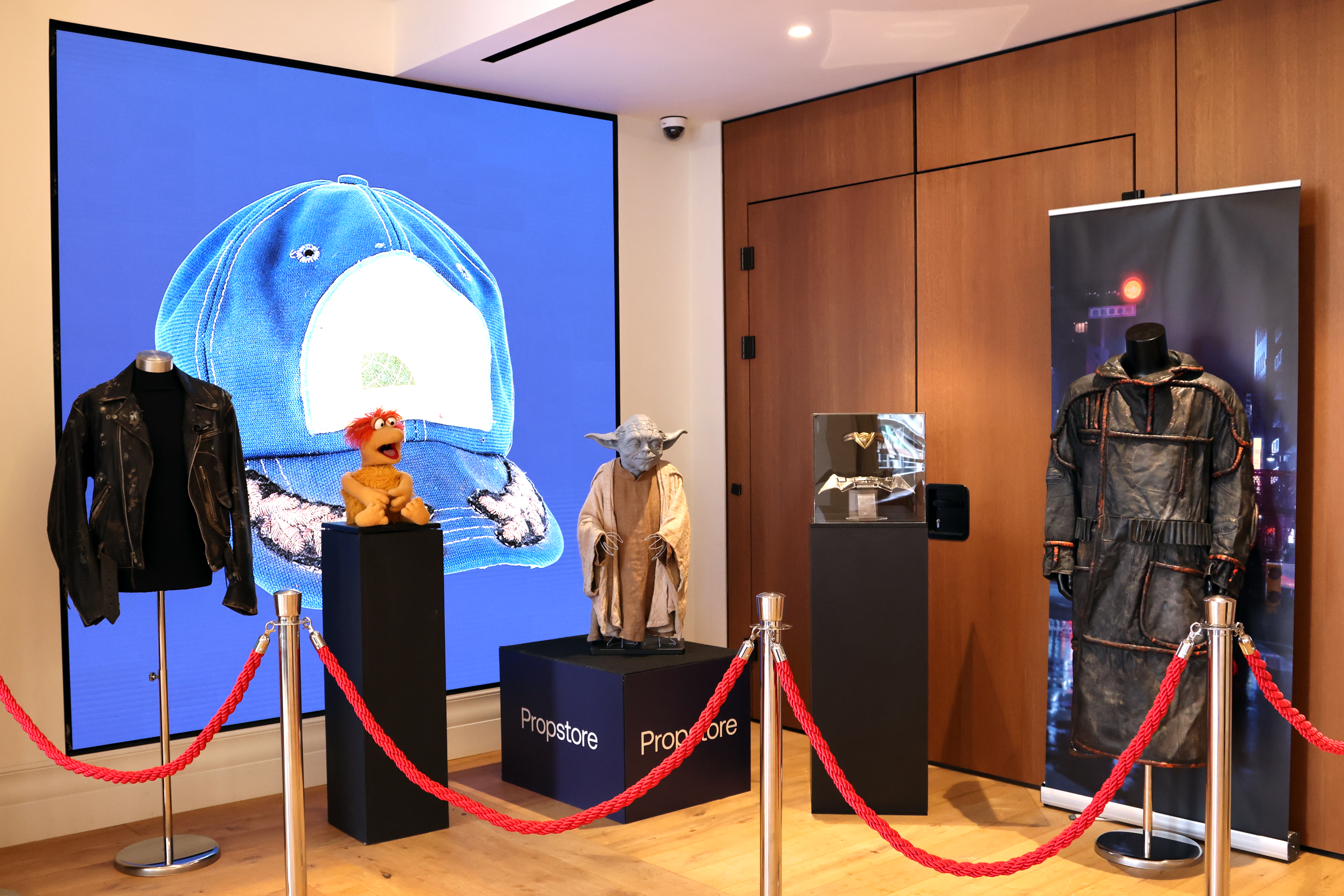 Then there were the impressive collections on offer. German slasher aficionado Mario Kirner had a significant portion of his world-renowned Friday the 13th museum up for auction. These included a number of screen-matched hockey masks worn in various instalments by unstoppable, machete-wielding killer Jason Voorhees, including a Jason Voorhees’ (C.J. Graham) Screen-matched Hero Hockey Mask from Friday the 13th Part VI: Jason Lives (1986), which sold for £87,500.

Also available were a number of fantastic pieces from the collection of Charles Lippincott – former Lucasfilm Vice President of Advertising, Publicity, Promotion and Merchandising, and the architect of the Star Wars pop-culture phenomenon. These included early concept sketches of Darth Vader and the female Luke, as well as early scripts and rare posters. 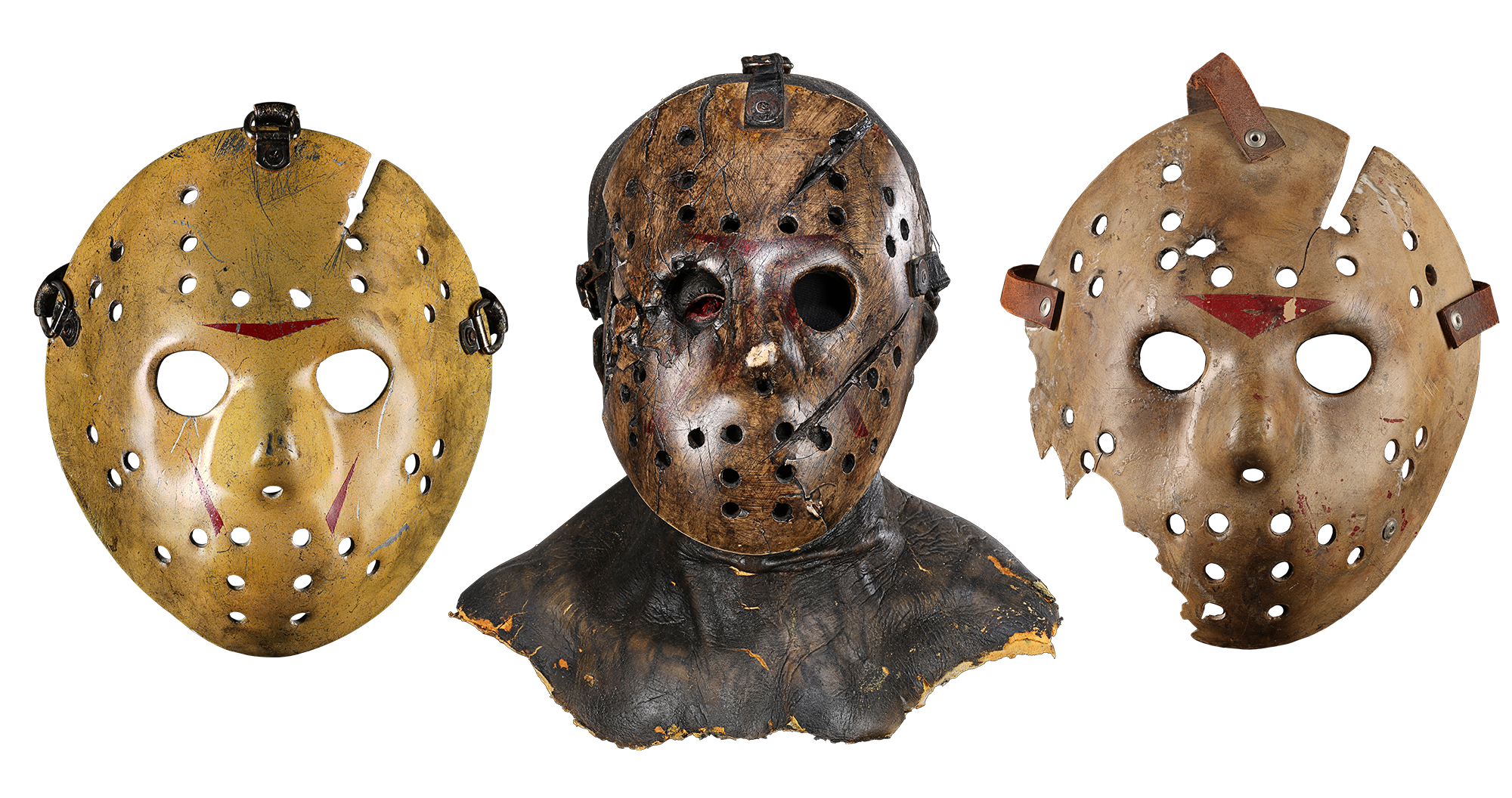 Alien and Aliens enthusiast Harry Harris was there too, in person, which created a great atmosphere on the first day. It felt like everybody in the room was rooting for Harry as his collection sold, including Private Hudson’s (Bill Paxton) Colonial Marine costume (which went for an astonishing £175,000), a full-size USS Sulaco floor tile, and Private Drake’s (Mark Rolston) screen-matched headset.

And, in a Propstore first, it wasn’t just movie/TV props and memorabilia available this year. The second day of this mammoth four-day event was devoted to rock and pop memorabilia. The 170 lots featured a huge collection of items from Britpop pioneers Oasis, including Noel Gallagher’s 1962 Epiphone Casino Guitar (which went for £56,200) and the songwriter’s handwritten lyrics for “Wonderwall” (£46,875). Meanwhile, a blazer worn by Paul McCartney on the Morecambe & Wise Show – just one of several Beatles lots in the auction – sold for £40,625, and Slash from Guns N’ Roses’ leather jacket fetched £34,375. 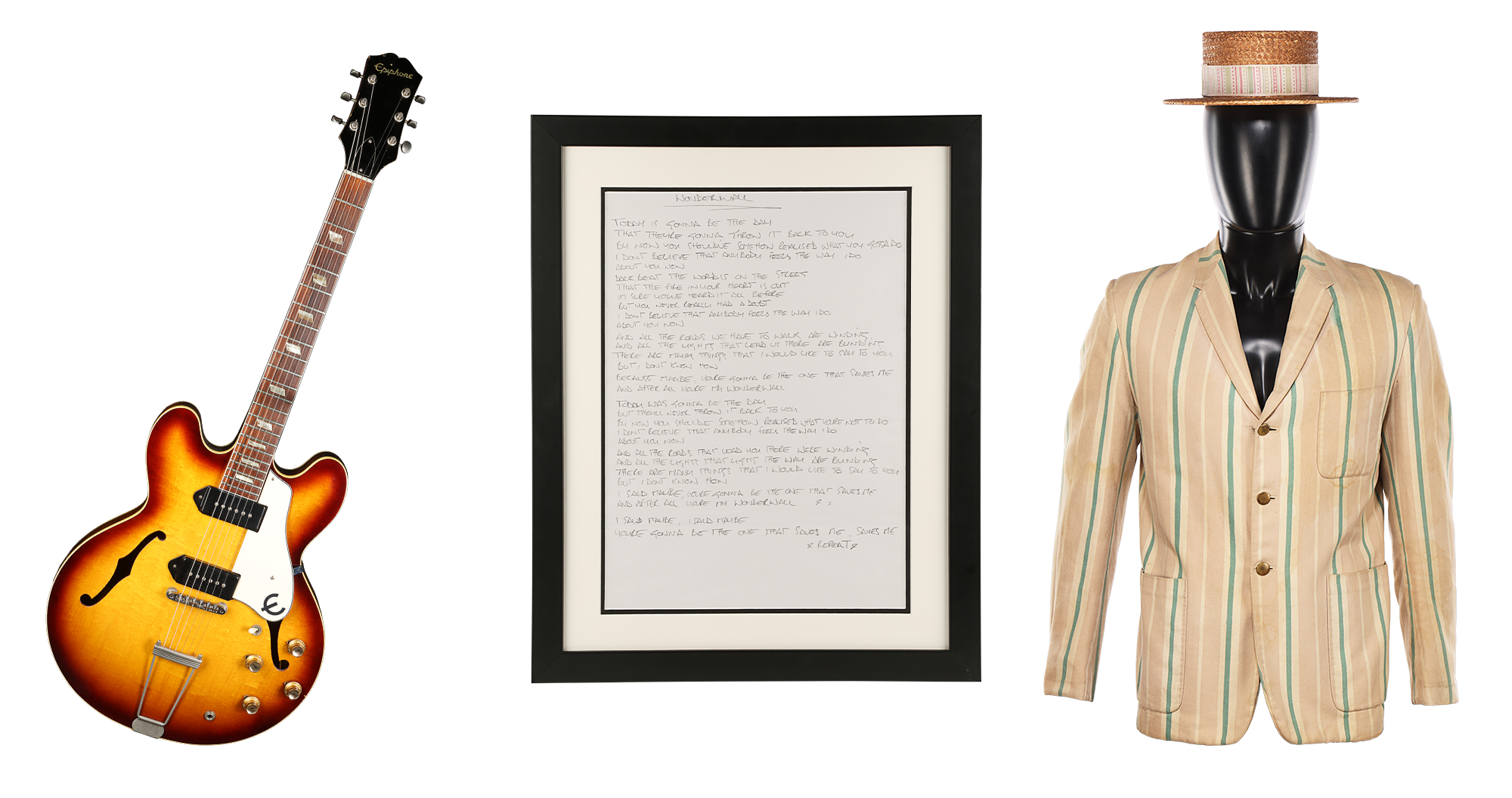 The excitement for the event extended far beyond the room itself, during the weeks leading up to the auction. Not least through the distribution of Propstore’s own auction catalogue, a premium tome featuring world-class photography of every lot; it really is a collector’s piece in its own right. We also exhibited a selection of the most impressive items at our UK facility in Hertfordshire, near London, enabling enthusiasts and potential bidders to get up close to the treasures on offer.

Media coverage of the auction extended across the globe. Propstore featured on several TV news items, including BBC 1 Breakfast, ITV This Morning, 5 News and Fox Business TV, on which CEO Stephen Lane appeared, highlighting the rarity of the complete Christopher Reeve Superman costume that headlined the auction (and which eventually sold for £312,500). 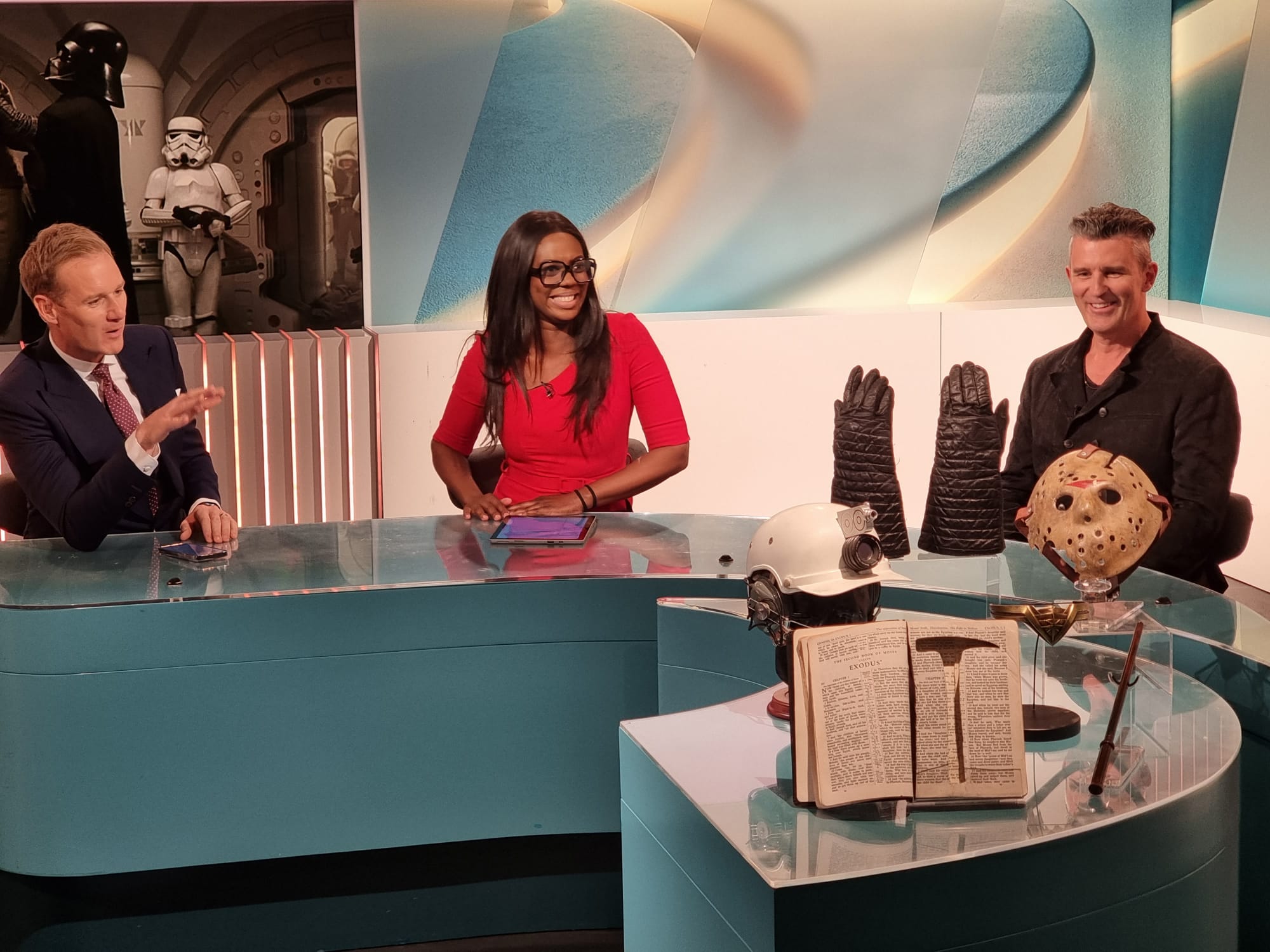 Online, Forbes, Variety, TMZ, The Independent and the Evening Standard previewed the auction, with Time Out highlighting the aforementioned Superman costume as something that “will make you the coolest person at any Halloween party”.

Going into more depth, Adam Savage donned his white gloves and geeked out over several of the lots on his YouTube show Adam Savage’s Tested, including a rare Fraggle Rock Muppet. “He looks absolutely in performance-ready shape,” enthused Savage to Stephen at Propstore’s UK facility. “Seeing these things up-close and in person is always such a crazy treat, ‘cos there’s so much character in them.” (The puppet went on to sell for £50,000.) 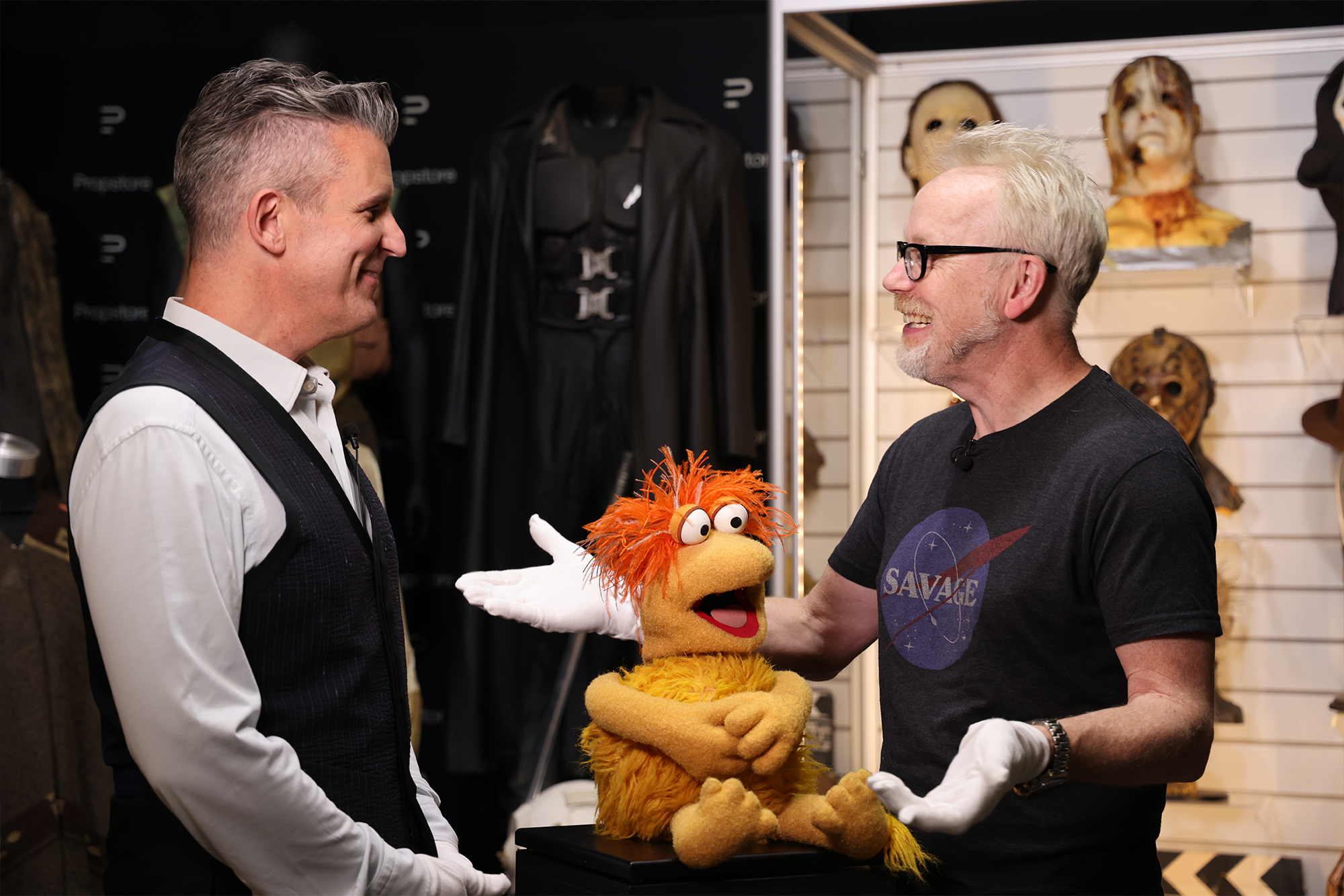 Additionally, prop-expert podcast The Stuff Dreams Are Made Of provided a detailed run-through of Propstore’s luxurious auction catalogue, “obsessing a little bit” over the treasures beautifully photographed within, while The Movie Propcast also dived deep into the auction’s contents with Propstore’s Sian Taylor. They focused on some ’90s favourites, including The Fifth Element, Jumanji and Men In Black, as well as the batarang from this year’s The Batman.

The event itself was undoubtedly a triumph. As Stephen said after it was over, “We’re absolutely thrilled with the result of this momentous auction.” With bidders glad to be back in person, and arriving from all over the world, the auction room was so busy it was standing room only at one point! There were moments of drama, too, of the kind that were sorely missed during the pandemic-era remote auctions.

Most memorably, during the first day there was an intense bidding war for Andy Dufresne’s bible (complete with a carved-out area for his tunnel-digging rock hammer) from prison-escape masterpiece The Shawshank Redemption, with two bidders waiting for the third warning each time they put their next bid in. “It definitely had everyone up out of their seat!” recalled one of the Propstore team. Eventually, the bible went for an incredible £387,500 – far more than the anticipated lower estimate of £150,000. 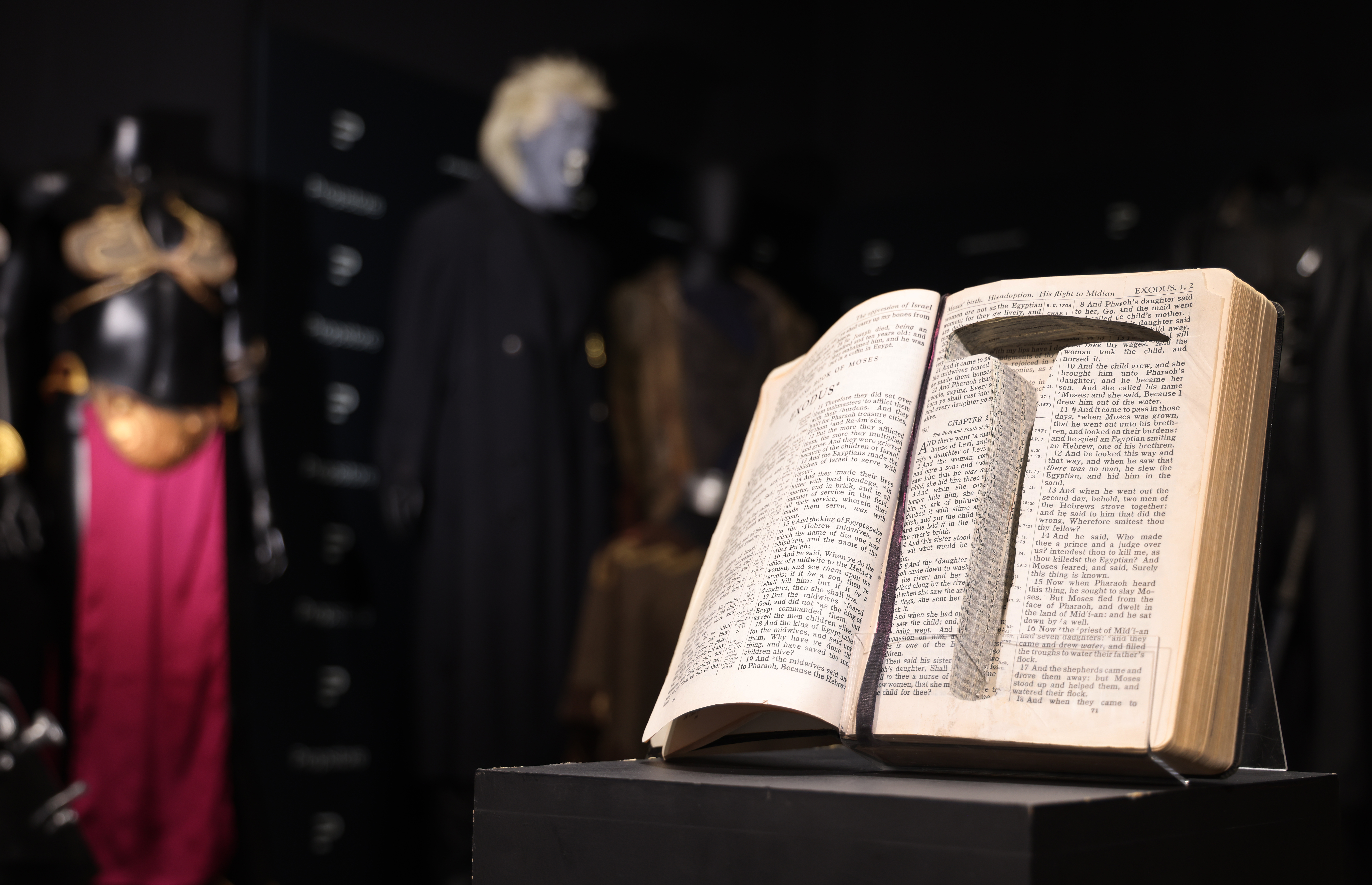 This was just one of the big results from what Stephen described as “an incredible first day.” Other notable sales included Gandalf’s sword Glamdring from The Lord of the Rings: The Return of the King, which went for £262,000; a pair of screen-matched Darth Vader gloves from Star Wars: A New Hope, which sold for £256,250; and James Bond’s hero Walther PPK from GoldenEye, which fetched £162,500. 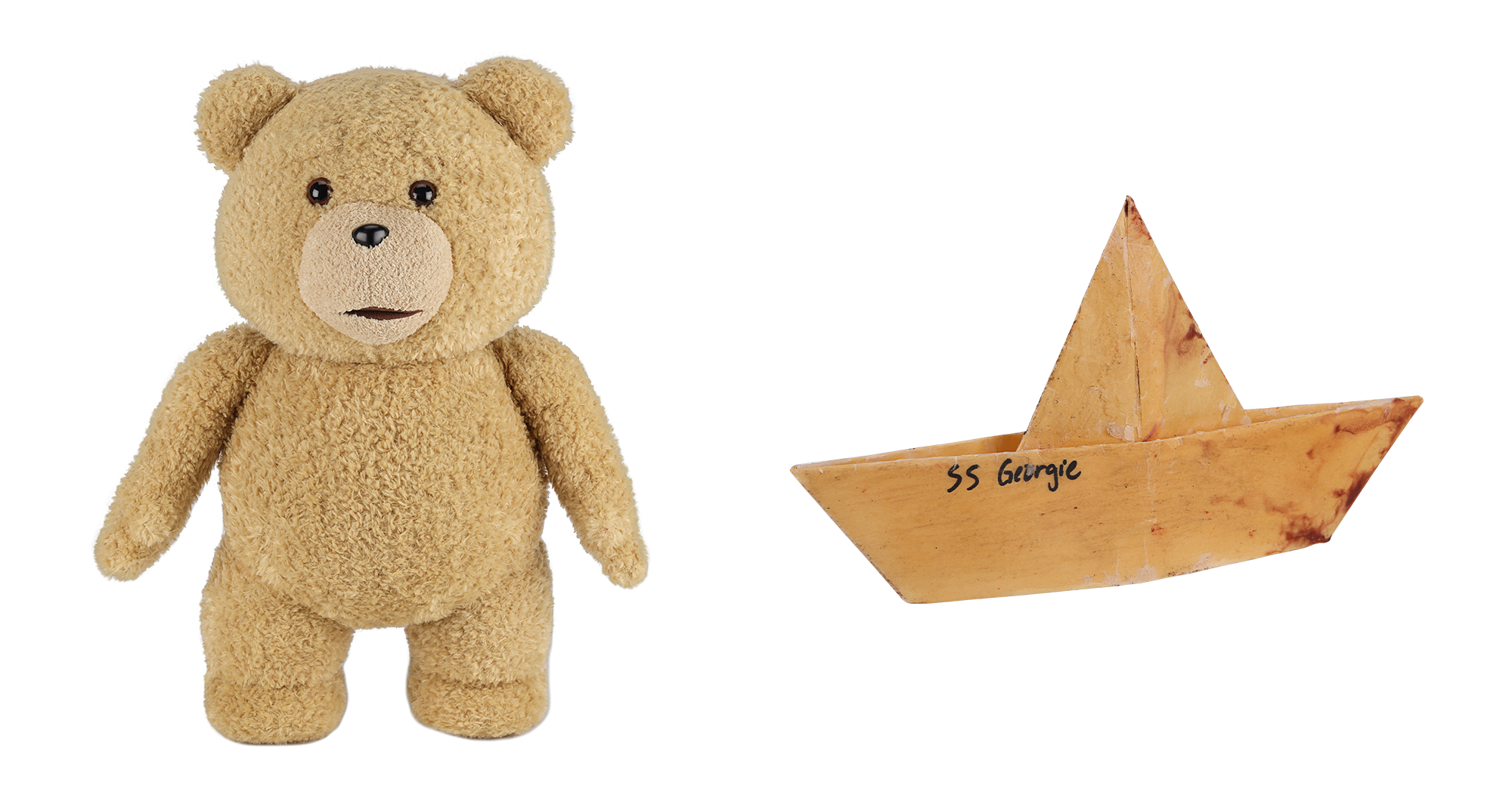 An impressive £12.5 million was taken over the course of the auction, with around £9 million of that from the first day. Which made for a long weekend that will be long remembered, not just by everyone at Propstore, but by every attendee. It only further fuels our enthusiasm for the next big event – namely the Entertainment Memorabilia Live Auction in Los Angeles next summer. It’s good to be (properly) back.

Don’t forget to follow us on Twitter , Instagram and Facebook. And remember, you can explore so much more at our archive and see the extensive range of film and TV items we have for sale and auction over at propstore.com!