The many worlds seen in Philip K. Dick’s Electric Dreams are not only surreal, but larger than life. Bringing his incredible storytelling to the screen convincingly took not only hours of hard work from the visual effects team, but also for the incredible prop makers and craftsmen that created these gigantic pieces for the series. 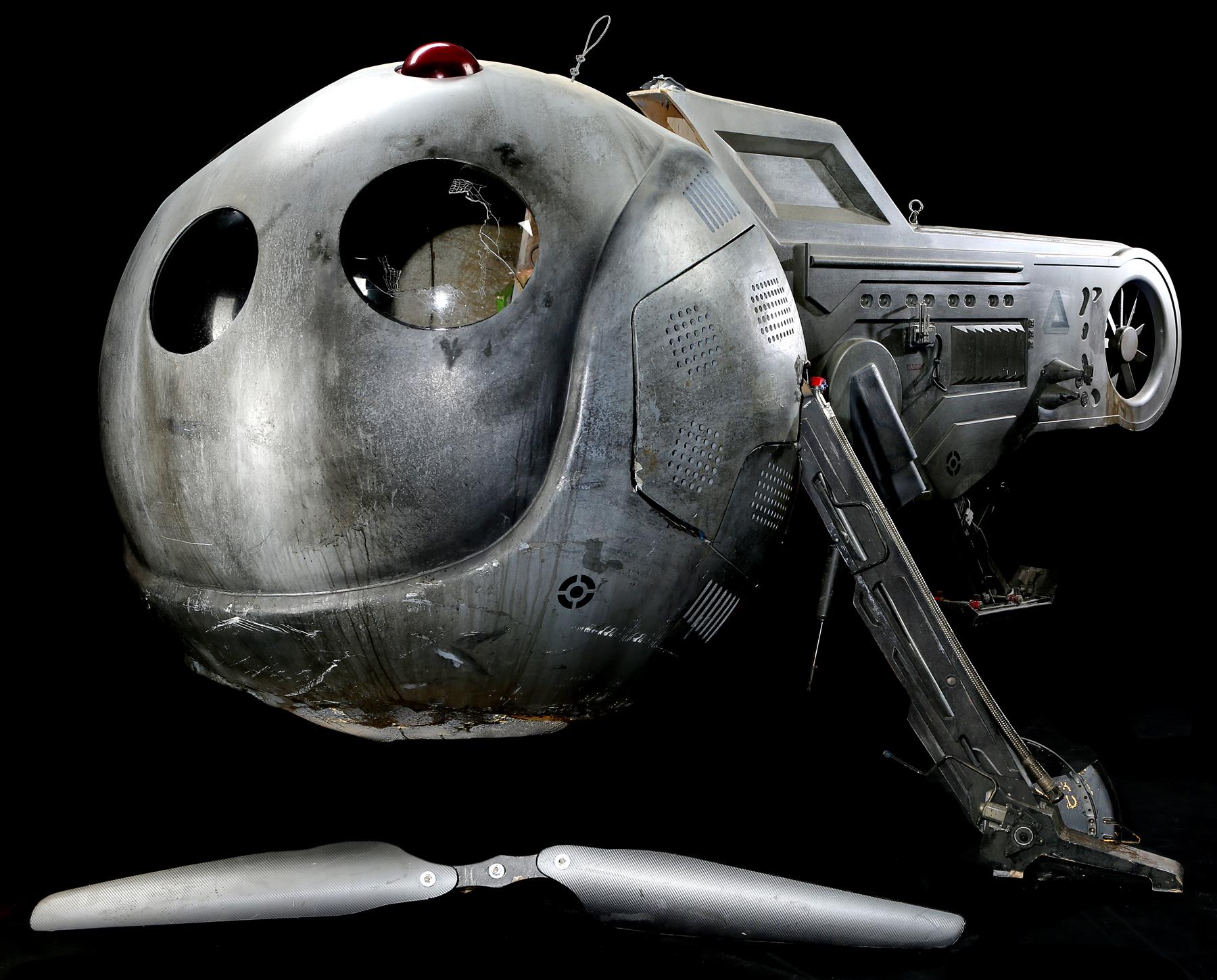 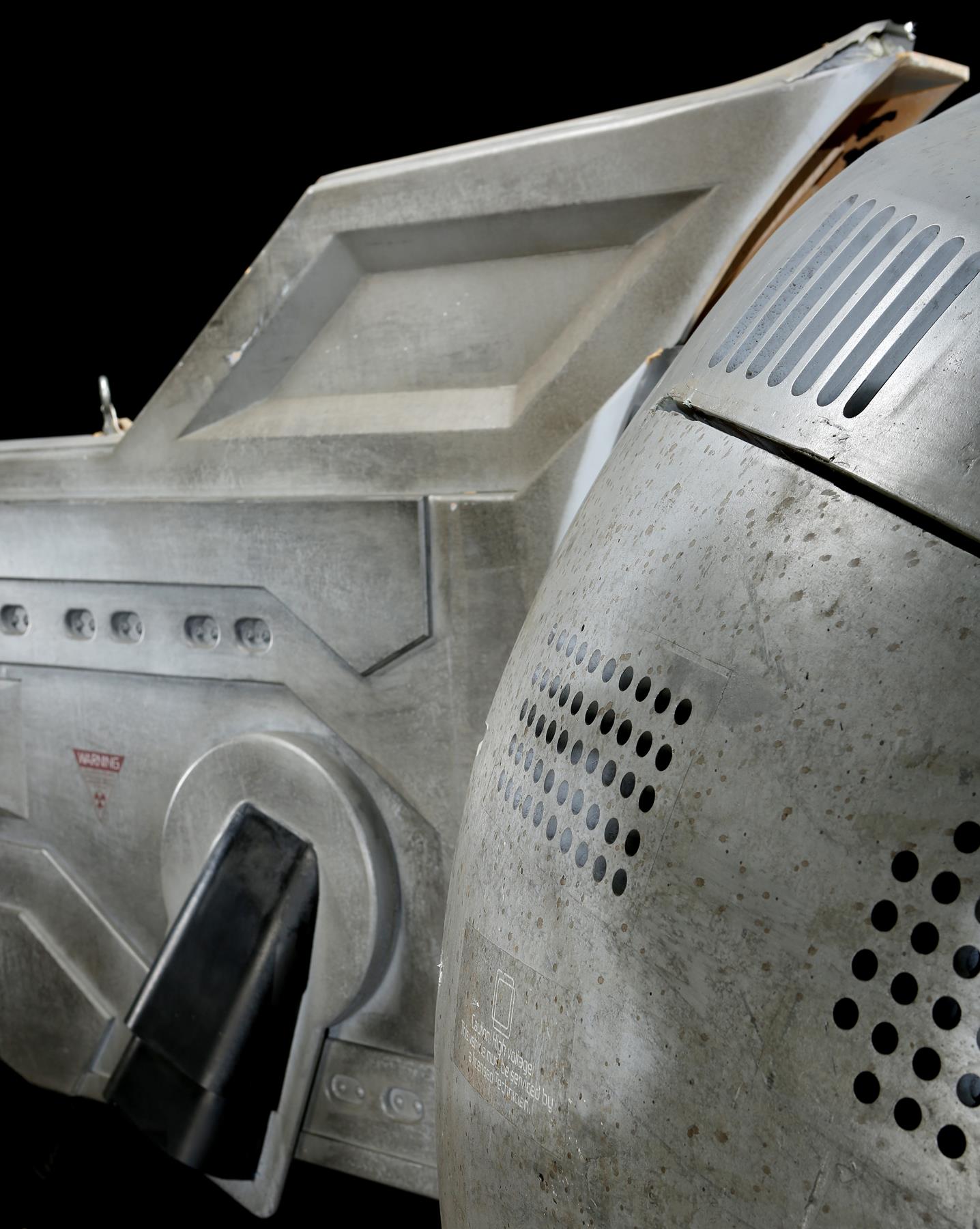 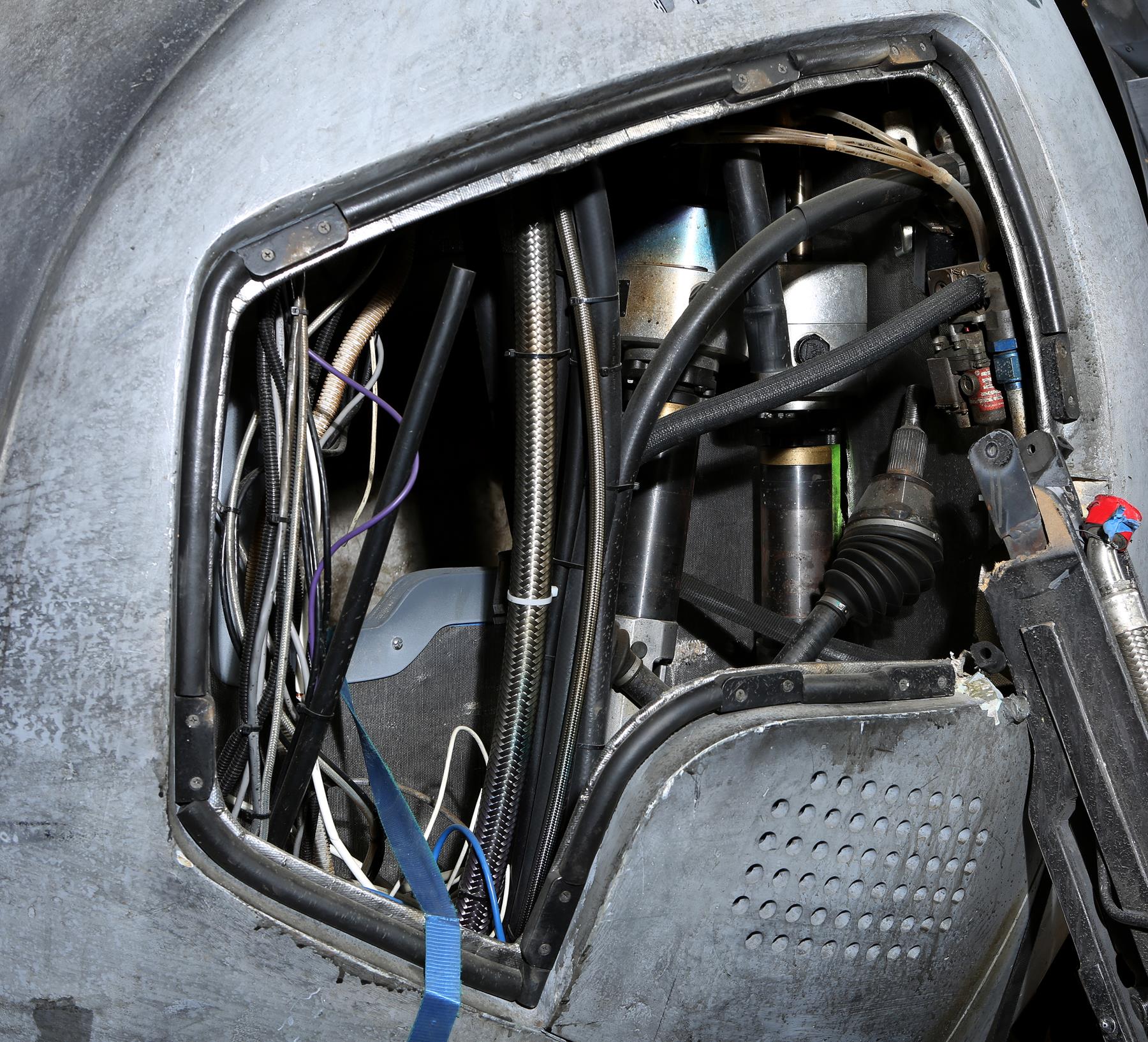 When the world has been brought to stand still by nuclear apocalypse, the only thing that still functioned was the ominous Autofac. Completely automated by sophisticated AI, the Autofac continued producing and shipping products to a decimated world. The drone is made up of three major components; the hull, rudder, and propeller. Having been shot down over the course of the episode, the drone is designed to show wear, with purposeful injuries and painted on dirt throughout. When assembled, this impressive piece of near-future technology comes in at roughly 10 feet (3 meters) long. 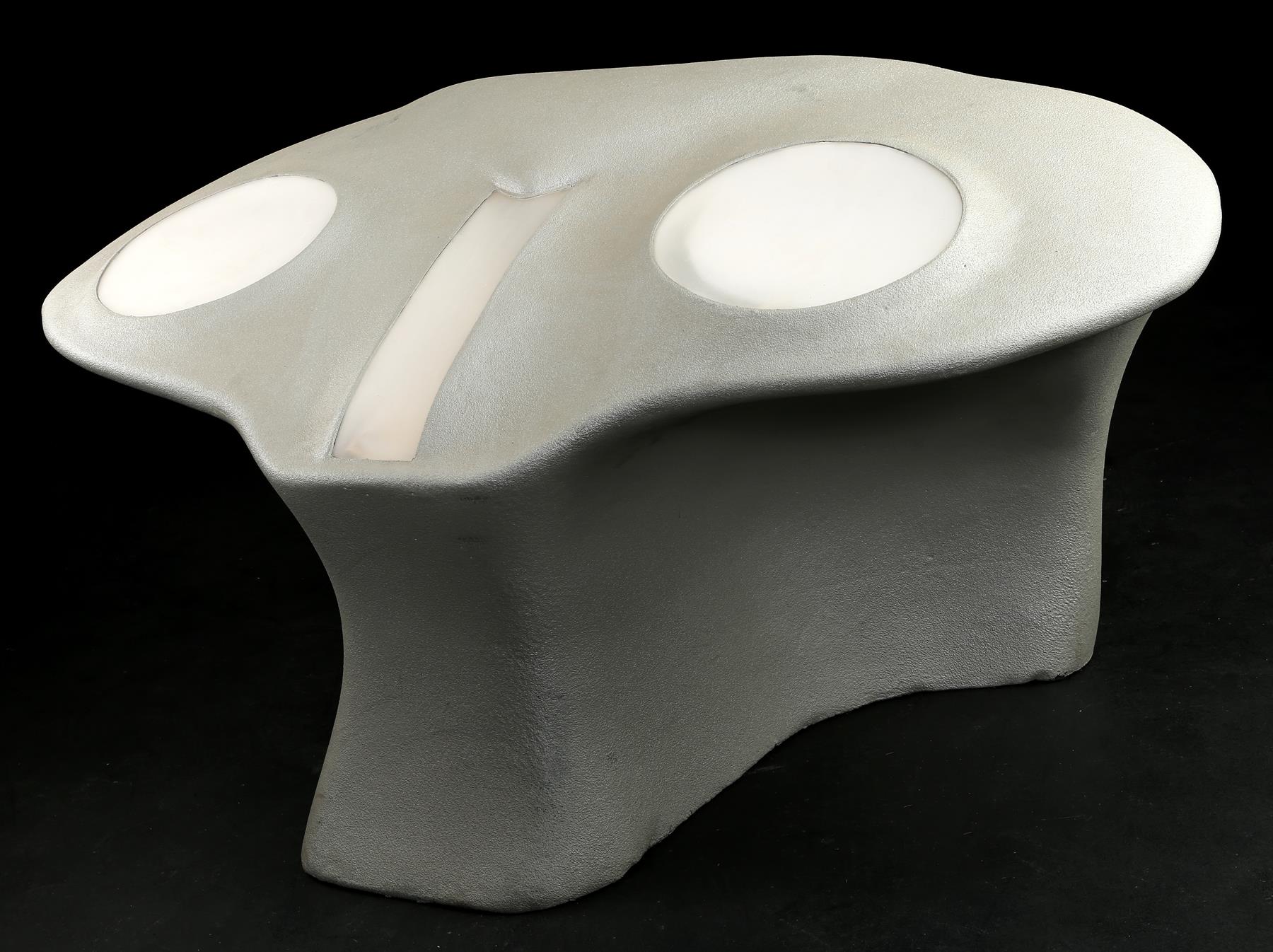 After Emily convinced a customer service android known as Alice to bring her and her team to the Autofac, Alice piloted them all in an Autofac transport ship. The transport’s console design is entirely streamlined, with no obvious function controls of any kind. Instead, it was built to be piloted by other Autofac equipment (Alice). The large navigation console features a textured grey surface with two large circular control windows and a thin opaque strip running up the center of the table. 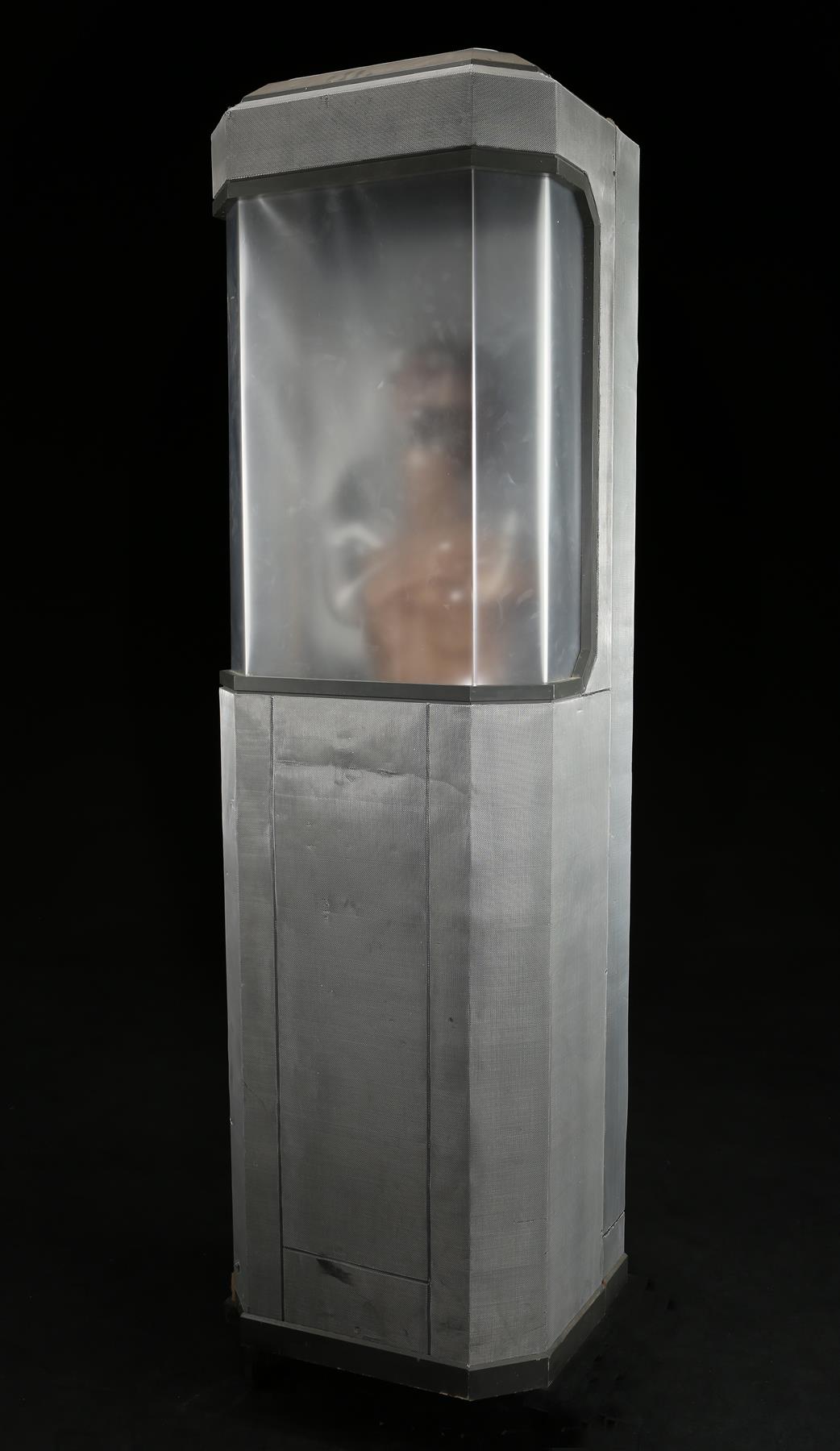 Despite its unwelcome presence in the world, the Autofac’s true intention is more sinister than any imagined. Built to service costumers in a nuclear wasteland, the Autofac took matters into its own artificial hands and created synthetic androids to repopulate the world it helped destroy. Designed to look entirely human, these “customers” are completely unaware of their true origins inside these individual chambers. The four Incubation Chambers in this sale stand at 90 inches (228 cm) and includes a human body sculpture inside. 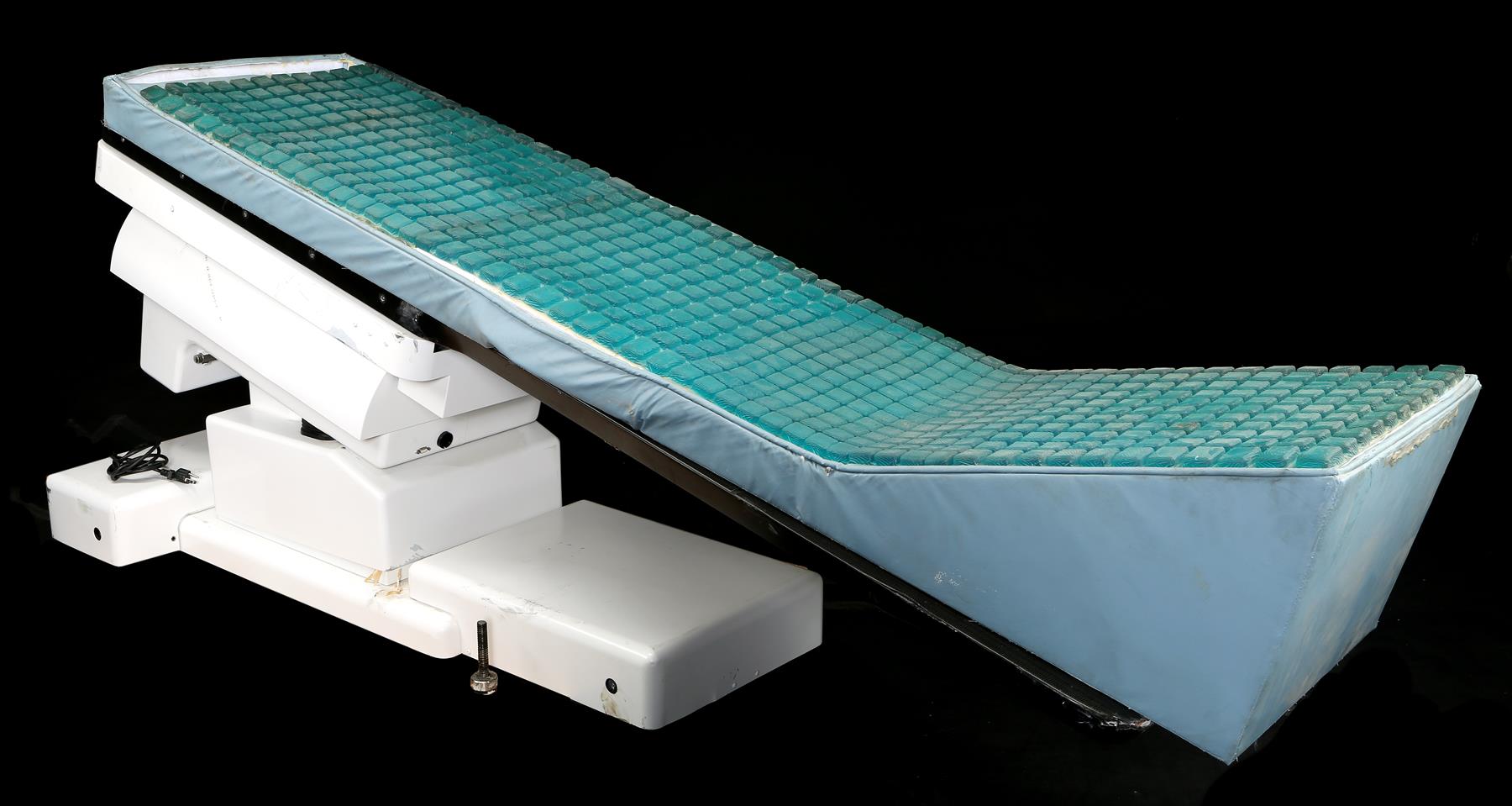 In another world, a weary detective got caught up in a completely believable virtual simulation. Sarah first used her wife’s virtual reality Vacation disk to unwind, but soon fell victim to the fantasy and ultimately retreated into her inner-fantasy completely, spending the rest of her natural life on a medical bed in a coma. This futuristic bed features a mat of silicone squares along the entire top portion. The white base comes equipped with various buttons and indicator lights, though their functionality has not been tested. 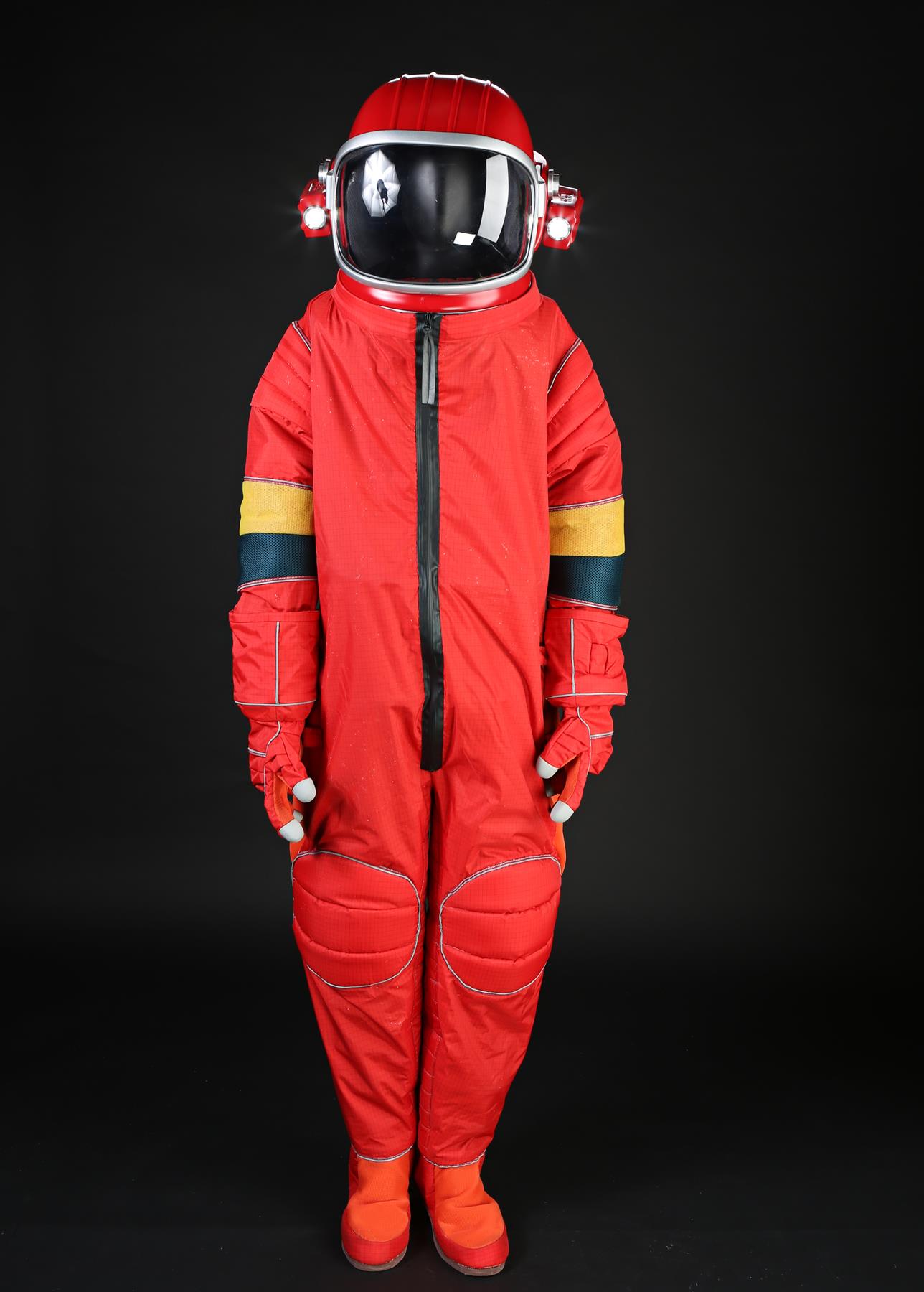 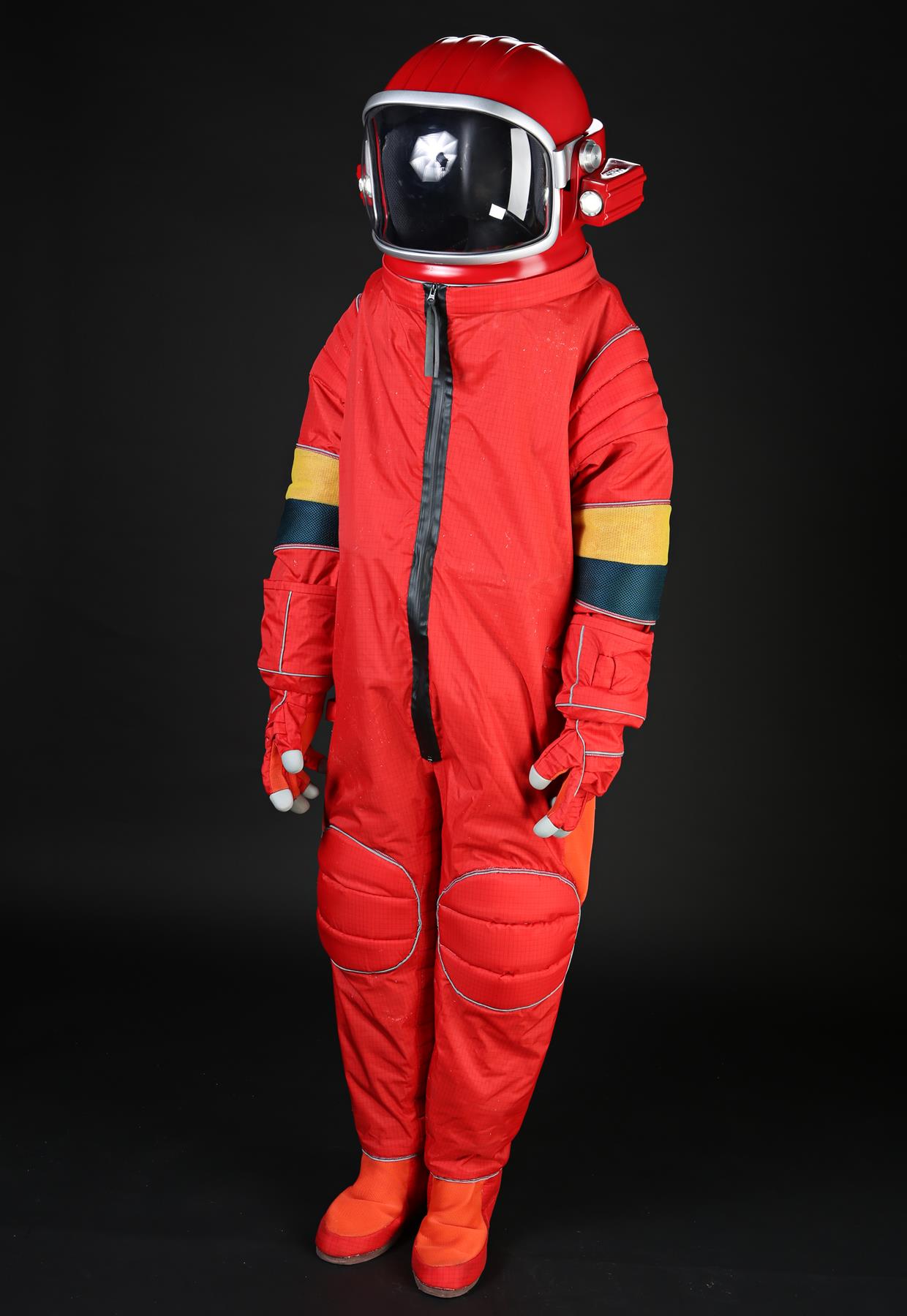 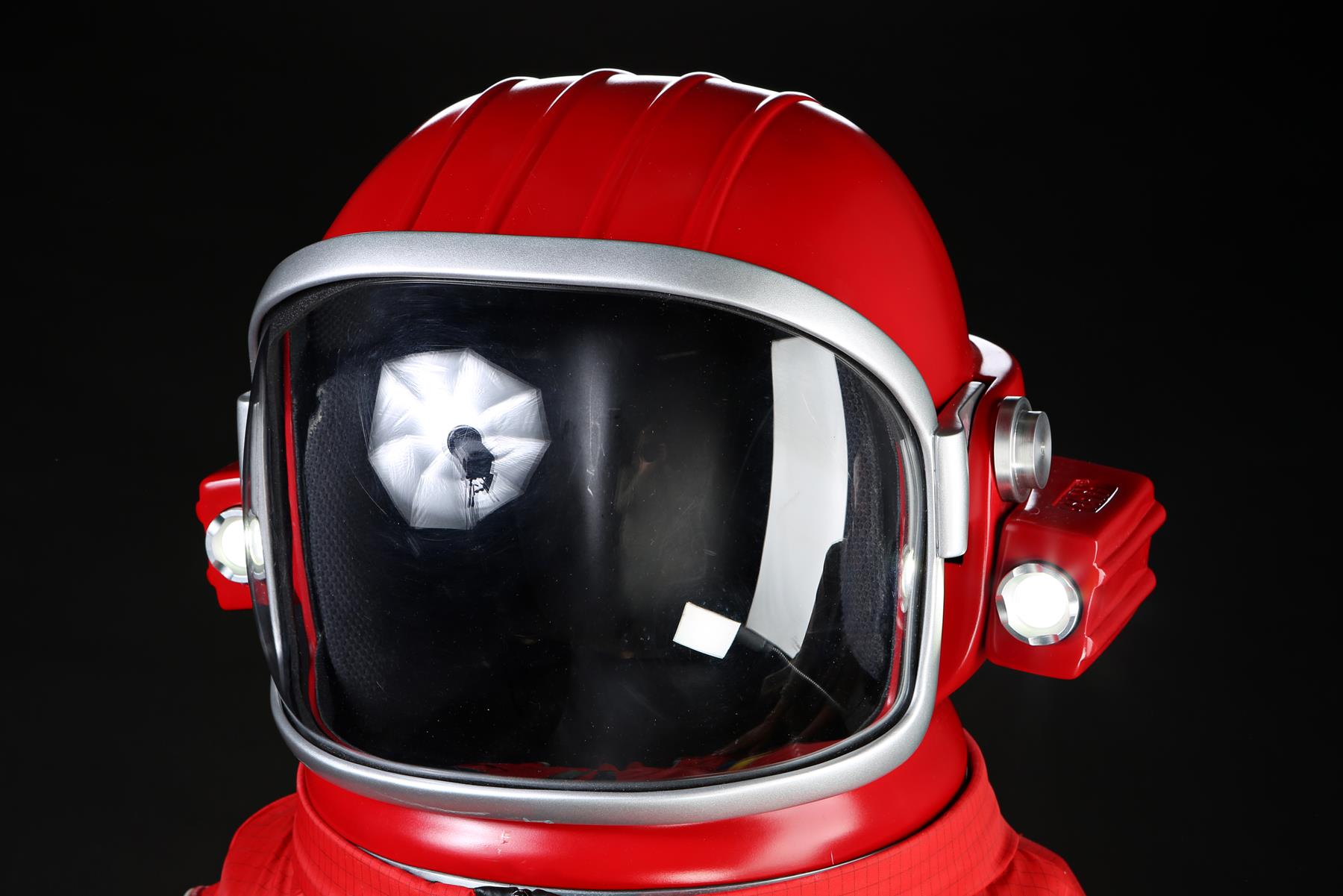 Irma Gordon’s journey starts light years from home aboard the Dream Weaver, a touring spacecraft. After convincing the pilots to take her to the mysterious planet known as Earth, she takes her first steps on terra firma in her light-up spacesuit. The helmet is painted in a brilliant red tone that matches that of the nylon suit and features two lamp lights on each side. Large-fingered gloves complete the ensemble.

These lots and many more are open for bidding now in Prop Store’s Electric Dreams Auction, with lots closing October 24th. Thank you for joining us for our blog coverage and be sure to check out our other articles in our auction series!