By Matt Truex on 21.04.2021  |  Auctions
Mutations | Creatures of the Annihilation Auction
Share 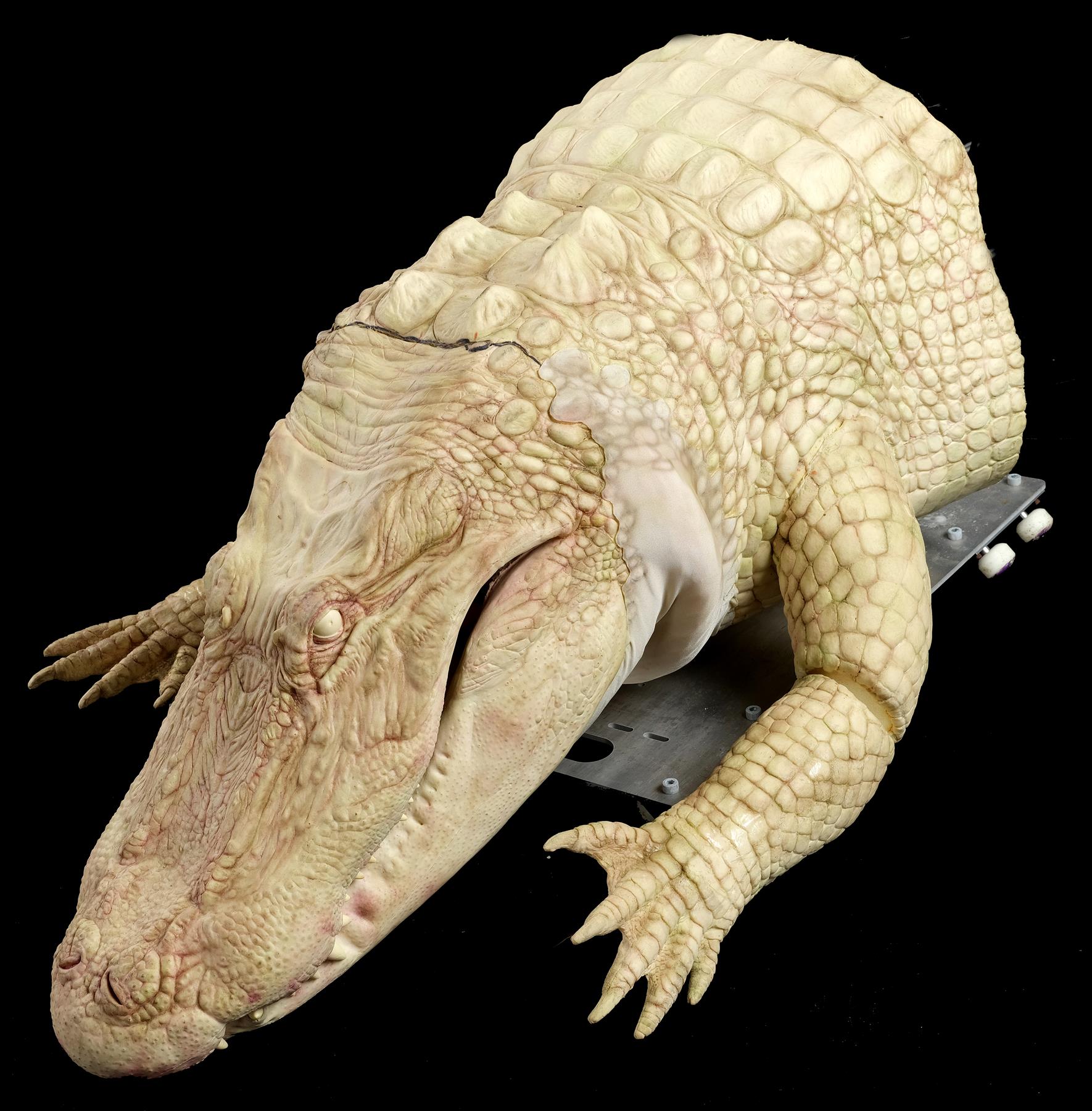 As Propstore’s upcoming auction reveals, these nightmarish beasts were not merely conjured in the databanks of visual-effects computers, as would be the case on most modern productions, but were represented with on-set creations as well. While the end results were digital, the key creatures were also created for real, under the supervision of special make-up effects and animatronics supervisor, Tristan Versluis. 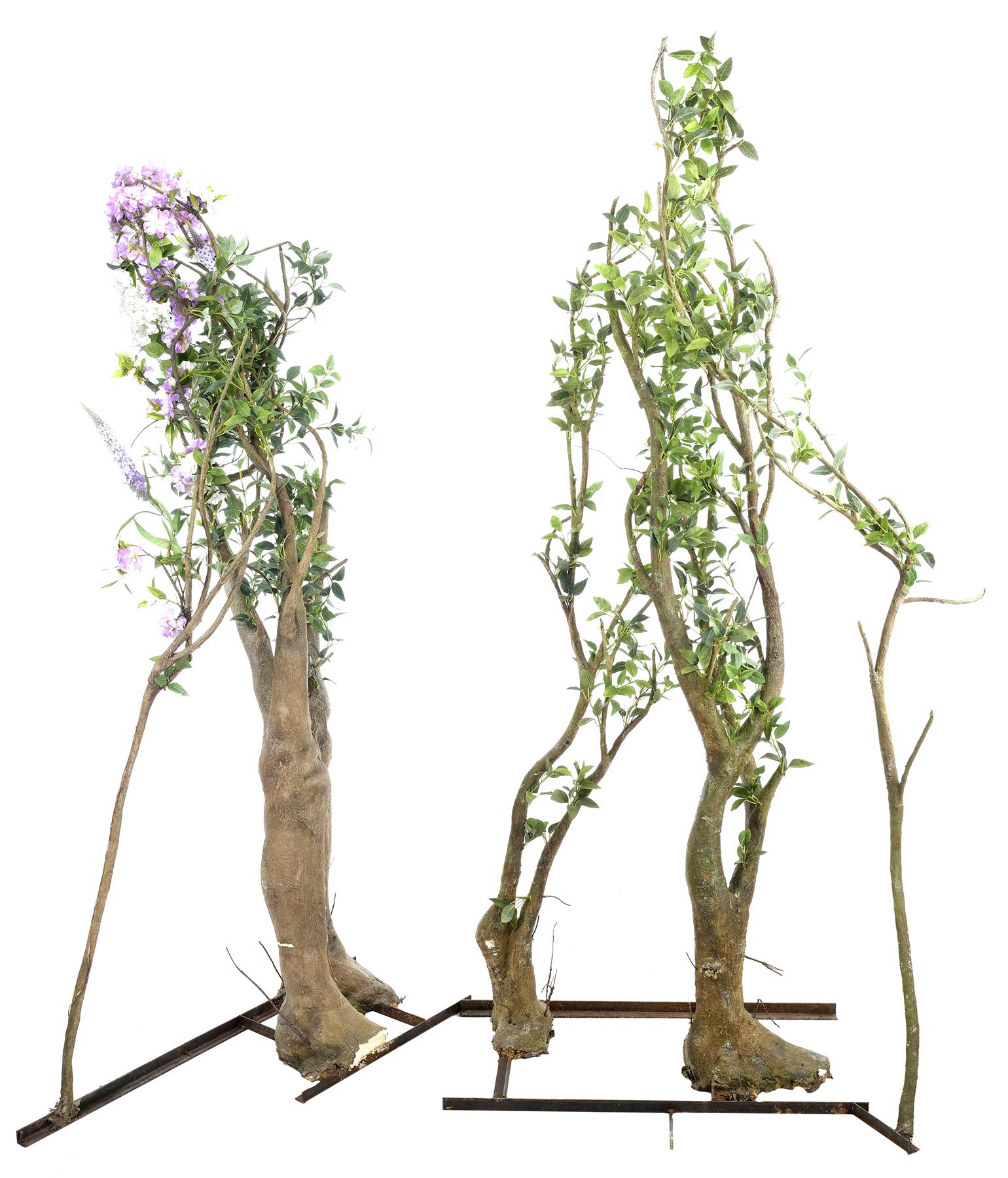 It was important to Garland and his team to have the creatures as a physical presence, to give his actors something tangible to react against. “Some of the key VFX shots are effectively just beautifully precise mappings of what Tristan’s practical effects did,” the director says. For example, Versluis’ team created a life-size model of the white alligator found by Lena – although, as visual-effects supervisor Andrew Whitehurst told The Verge in February 2018, the original reptile was not quite so riddled with disease as its CG replacement. “It seemed too clean and healthy,” Whitehurst said. “So, we ended up adding a lot of lesions, and more vitiligo, and other skin-mottling effects.”

However, the film’s star monster is its twisted bear, which emerged from a development process that explored fusing ursine and wild boar, and even toyed with the idea of making the creature a giant version of the microscopic tardigrade, or ‘water bear’. In the end, the winning design was one which, said Whitehead, “mashed together” a human skull and a bear skull. “We looked at that and went, ‘Yeah, okay, that’s horrible. That’s gonna work.” 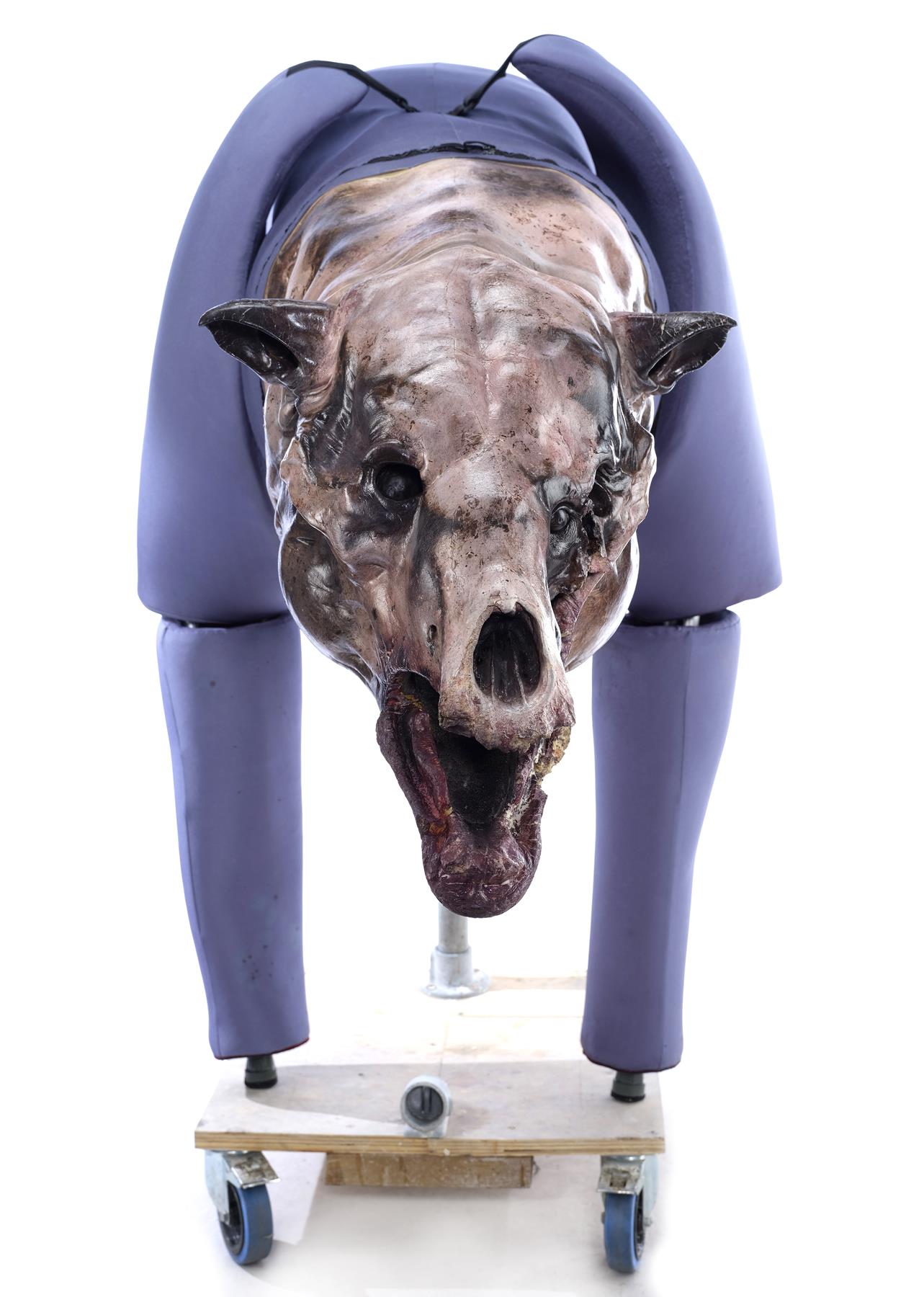 Though they knew it would be entirely obscured by CGI on screen, Versluis’ team created a fully bear head and foam torso that puppeteers used to terrify the cast. But having a practical bear on set was not just advantageous for the actors; it had multiple benefits. “We used it for any kind of close interaction,” Whitehurst explained, “because you get all the interactive shadows and lighting in the right places in the plate. It meant they could start cutting sequences straight away, because there was actually something in the frame to work with.” 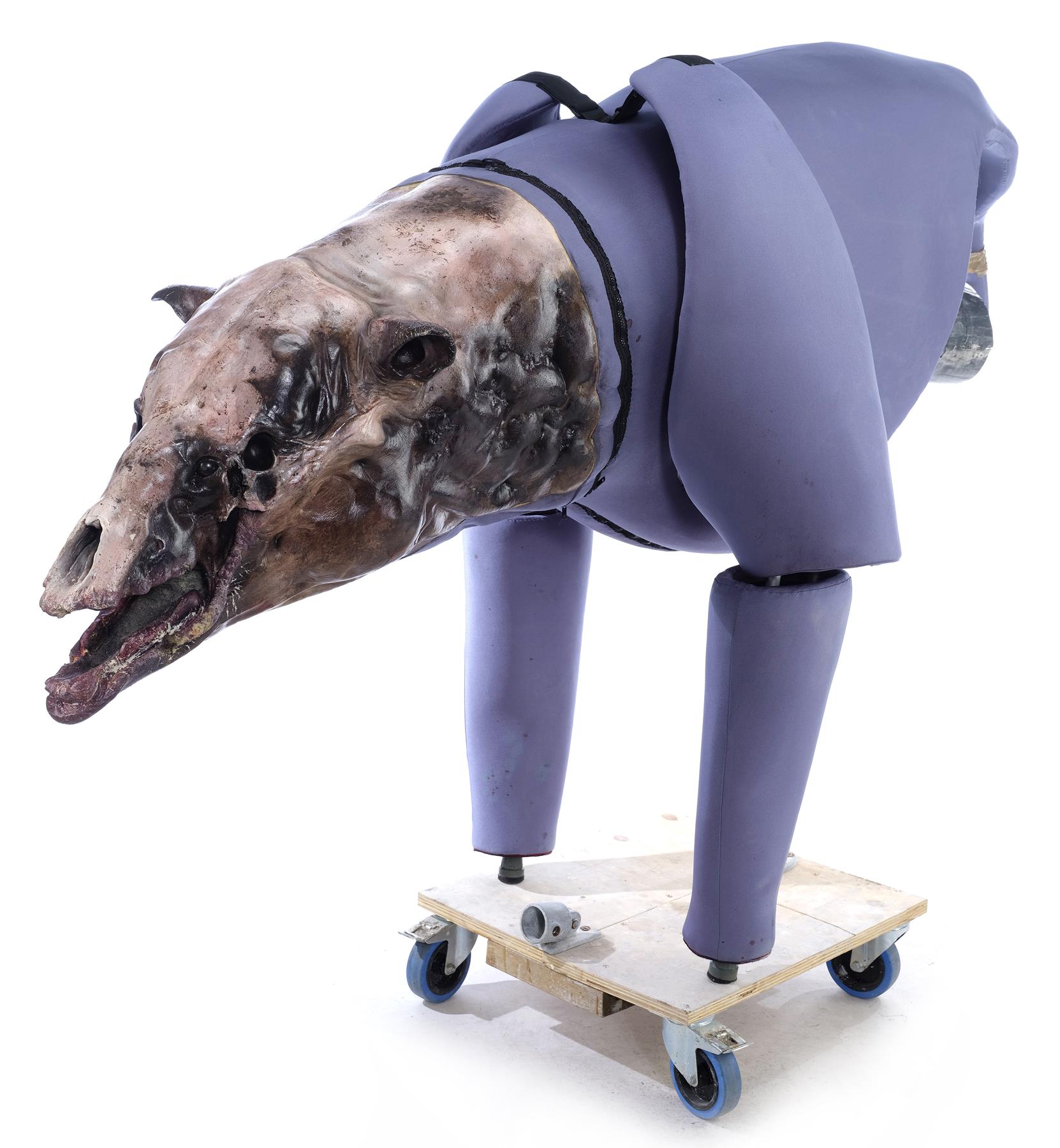 Ultimately, however, it was all about realism: having physical effects for the cast and crew to work with helped Garland keep his science-fiction grounded and relatable, to the degree that you can almost empathise with the bear itself, too: this wretched creature, wracked with pain and despair, unable to process what is happening to it.

As producer Andrew Macdonald says, “It’s all about reality. You have to believe what you’re seeing.”

Bid now in the Annihilation Auction on these creatures and other original props, costumes, and more from the film. Bidding ends April 29th.

Share
Related Articles
24.07.2020  |  Collections
NOSTROMO: A Legend Born, And Born Again l Entertainment Memorabilia Live Auction – Los Angeles 2020
The cover piece for our first ever Los Angeles-based Entertainment Memorabilia Live Auction is the 11-foot long filming miniature of the Nostromo from Ridley Scott’s horror classic, Alien. This artifact has been a part of Propstore’s company collection for over a decade, but wasn’t always in the camera-ready shape you see it in now. Read […]
22.04.2016  |  Collections
Explore Crew Clothing with Propstore
If you’ve ever been on a film set, or watched a behind-the-scenes documentary, you might have seen crew wearing T-shirts, jackets and other memorabilia from different productions. Clothing is a common gift for the cast and crew, often used as a present when a film or TV season wraps so they can remember the time […]
07.05.2015  |  Collections ,  Uncategorized
Star Wars Special: Original Trilogy Production Material
It’s Star Wars Week here at Propstore! As part of our celebrations we’re sharing some of the iconic Original Trilogy (OT) production material that has been added to the website this week. Whether you’re loyal to the OT, or are counting down the Parsecs until The Force Awakens, we’ve got some incredible relics to tantalise […]
15.12.2015  |  Behind the Scenes
John Dykstra: Intergalactic Man Of Magic Part 1
Written by the Propstore team “Any sufficiently advanced technology is indistinguishable from magic.” While Arthur C. Clarke’s third principle of scientific prediction is most often applied to science fiction storytelling, it could just as easily be used to describe the age of enlightenment that began in cinematic visual effects in the late 1970s thanks to a […]
Sign up to be in the know