With so many dino-licious items among Propstore’s Entertainment Memorabilia Live Auction lots this year, we decided to delve into a quarter-century of Jurassic Park movies.

1. Universal and director Steven Spielberg’s Amblin Entertainment bought the rights to Michael Crichton’s novel Jurassic Park before the book was even published. Spielberg learned about it while working with Crichton on the TV series ER in 1989, and was instantly hooked by the concept. 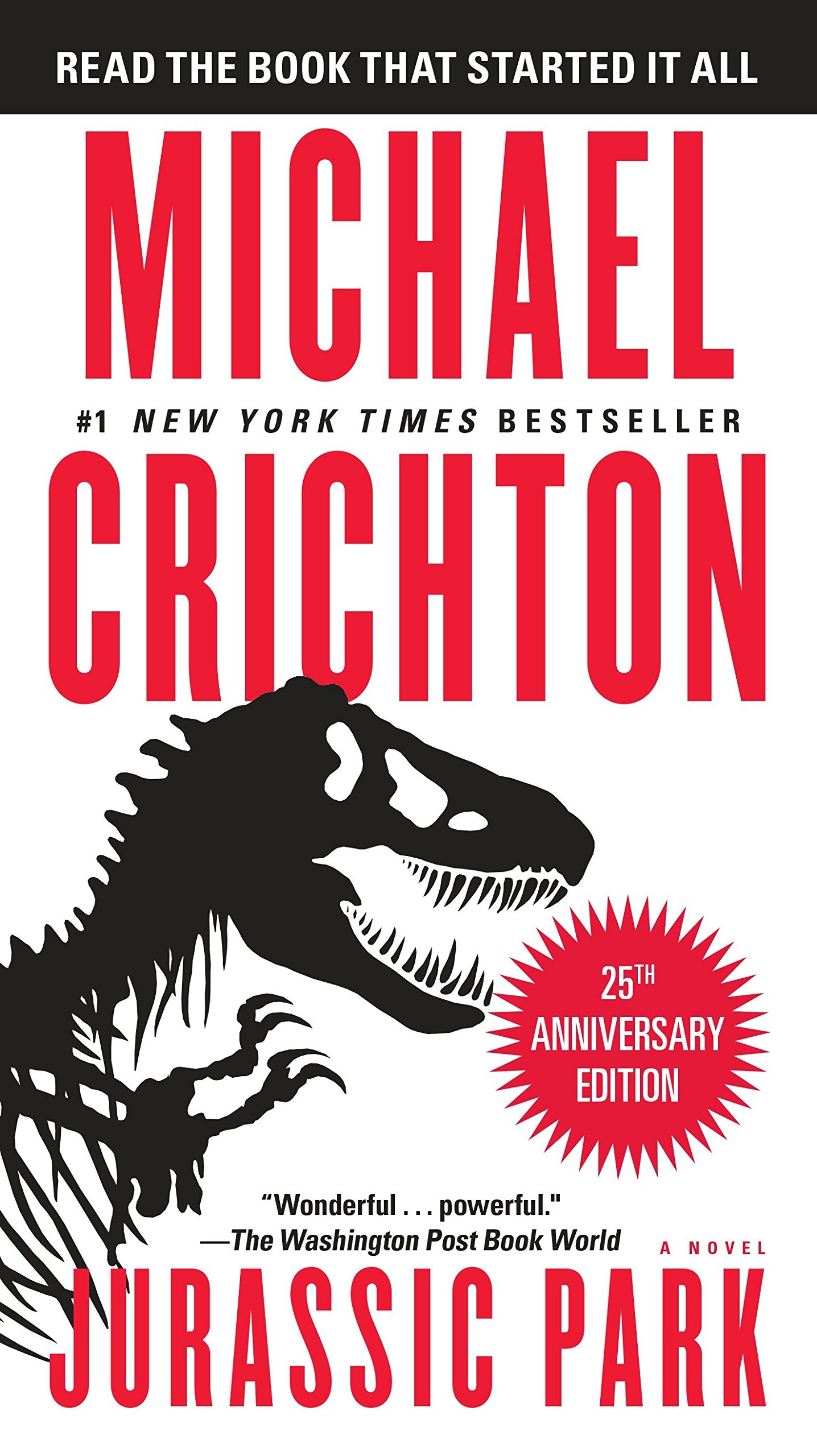 2. CGI was not originally considered for rendering the dinosaurs in long shots, as it wasn’t yet believed to be capable of creating photo-real creatures.
So Phil Tippett (Star Wars, Dragonslayer, RoboCop) was hired to achieve the visual effects using go motion model animation. However, ILM’s Dennis Muren produced a digital test image of a walking T Rex which was so impressive Spielberg said to Tippet, “You’re out of a job,” to which Tippett replied, “Don’t you mean extinct?” This exchange ended up in the film’s script.

3. For close ups, the dinosaurs were created using sophisticated animatronics, by Stan Winston’s studio. The animatronic T Rex was the biggest “mechanical actor” ever created, as dangerous as it was impressive. At one point during the shoot, mechanical designer Alan Scott became trapped in the robot’s gut while gluing on its skin from the inside, and came close to being crushed when its hydraulics were accidentally shut down.

4. One major reason Jurassic Park’s dinosaurs look so convincing is because they were conceived as animals rather than monsters.
To help achieve this, Spielberg hired paeleontologist Jack Horner to supervise the designs. Horner embedded the idea that the creatures were closer to birds than lizards, for example insisting that the velociraptors shouldn’t have forked, flicking tongues.

5. The cast for Jurassic Park could have looked very different.
William Hurt and Harrison Ford were both approached for the role of Alan Grant (Sam Neill). Robin Wright turned down the role of Ellie Sattler (Laura Dern). Jim Carrey auditioned for the part of Ian Malcolm (Jeff Goldblum). And Christina Ricci was considered for the role of Lex Murphy (Ariana Richards). 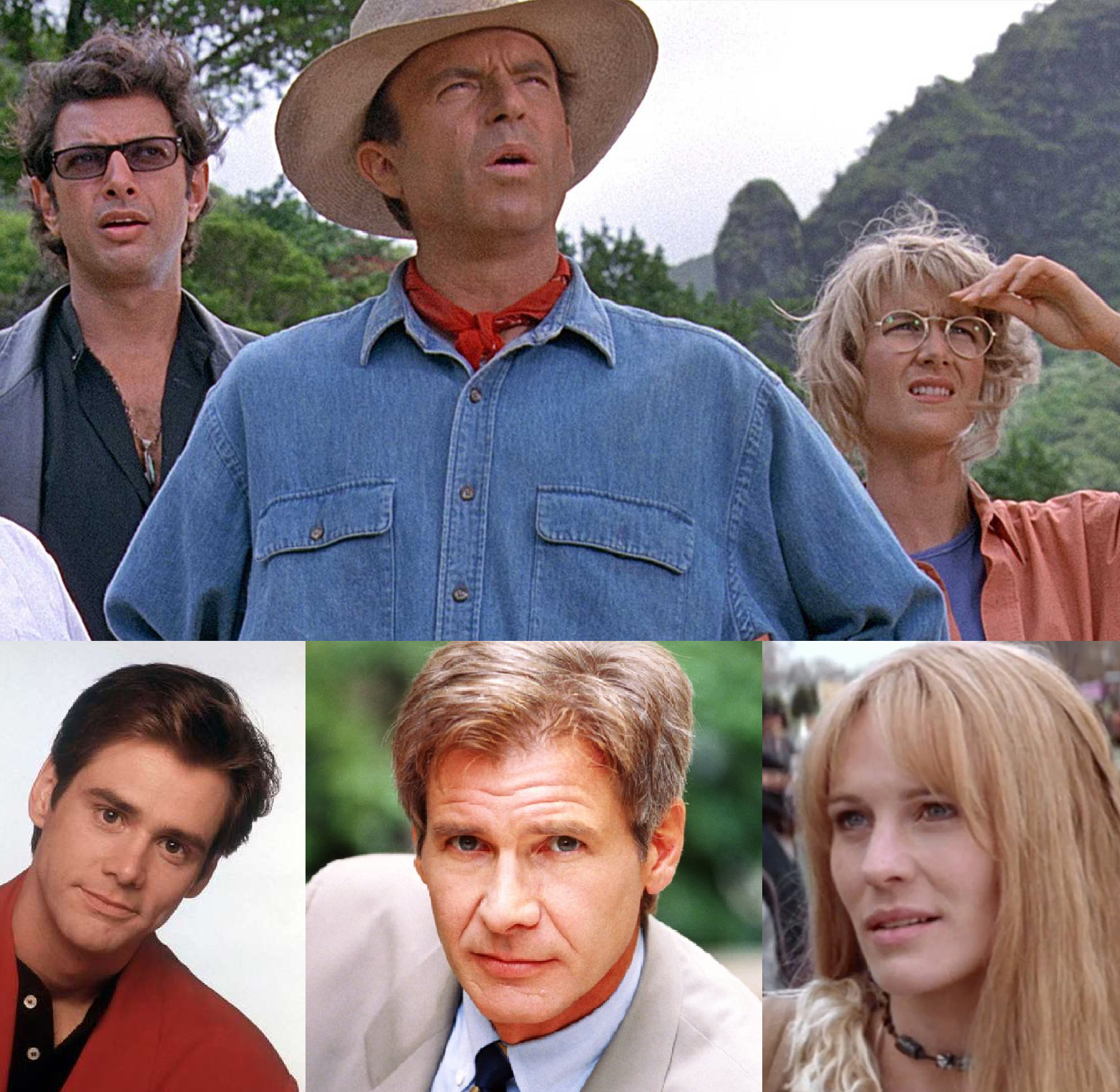 6. A sequel was by no means a certainty.
Crichton had never before written a sequel to one of his books, and initially told his fans asking for a follow up to Jurassic Park, “There won’t be one.” Eventually, he warmed to the idea, encouraged by Spielberg’s enthusiasm, but by the time he announced he was nearly done with the novel in March 1995, Spielberg was taking a year off from directing. It looked like Joe Johnston (who eventually directed Jurassic Park III) might make it instead, but in the end Spielberg returned — making him, to date, the only person to direct more than one movie in the series.

7. While Jurassic Park III isn’t directly adapted from a Michael Crichton novel, it does take scenes from Crichton’s books which never made it into the previous two films.
For example, the sequence involving the boat, and the set piece in the pteranodon aviary. 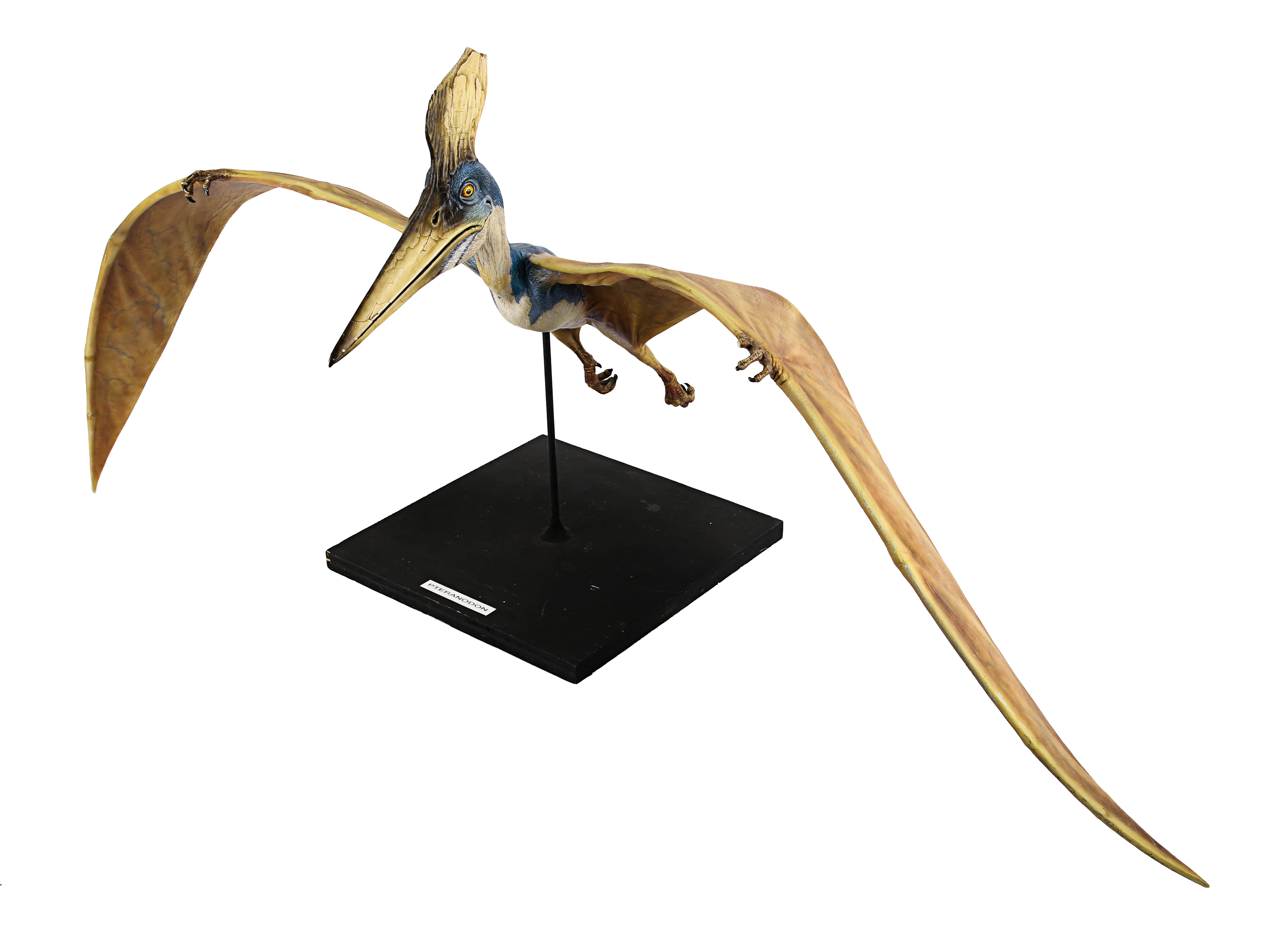 8. Jurassic World went through a lot of changes during its torturous, 14-year development process.
Alan Grant and Ian Malcolm as they deal with dinosaurs on the mainland. One early script draft even featured human-dinosaur hybrids. Indie film-maker John Sayles was brought in to write a screenplay; he introduced the idea of trained raptors, which remained in the final script, eventually completed in 2012 by Rick Jaffa and Amanda Silver.

10. The dinosaur skeletons which appear in Lockwood Manor during the final half of Jurassic World are all scientifically accurate.
Director JA Bayona tasked his set decorators with sourcing real fossils from which they could cast the skeletons, and they found them via the Denver Museum of Nature and Science. 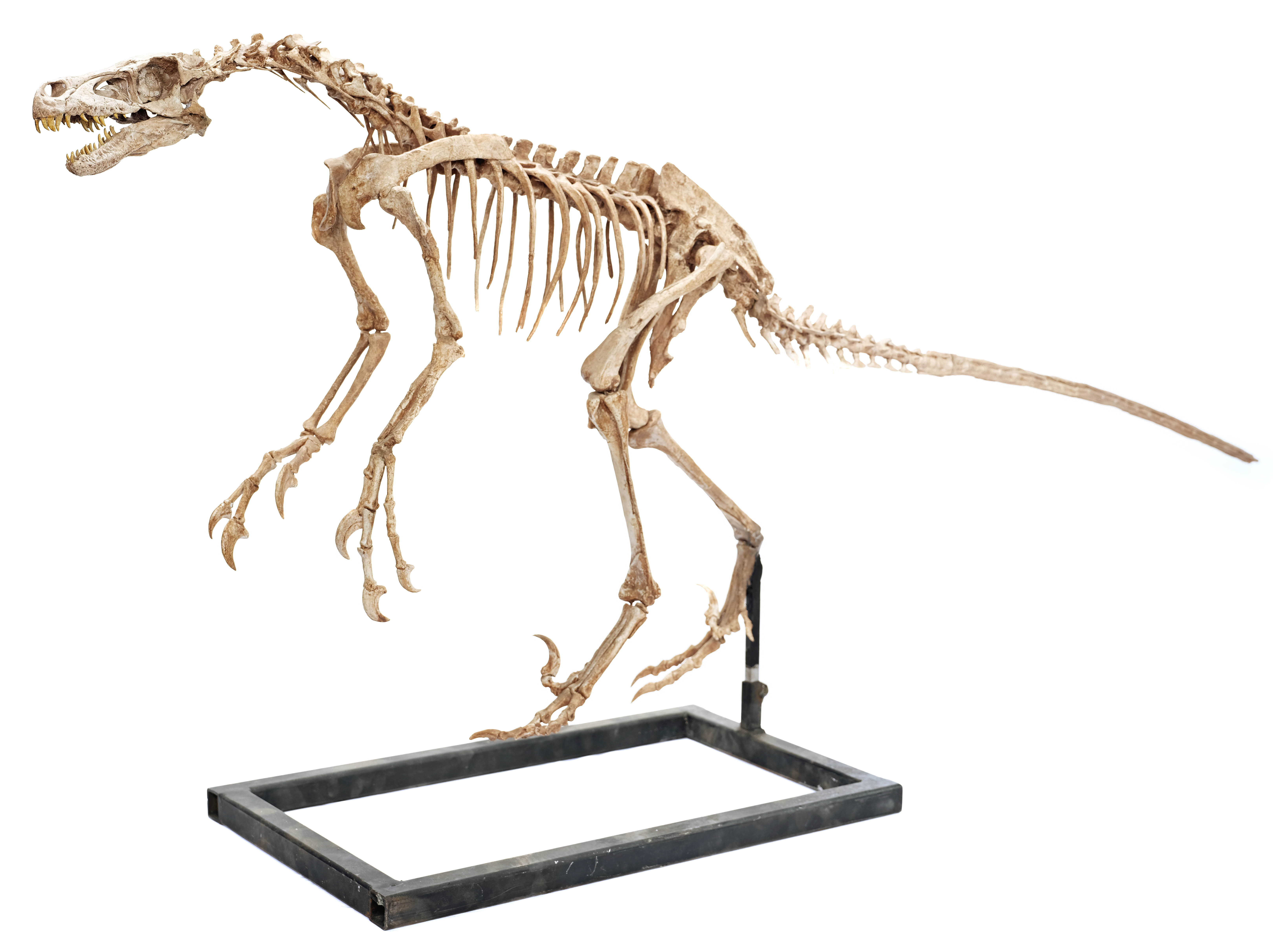 Share
Related Articles
18.06.2018  |  Uncategorized
The Best Of… Jurassic Park
To celebrate the 25th Anniversary of Jurassic Park, we’re taking a look back at some of our favourite props, costumes and more from the hit adventure film sold on Propstore over the past few years…
20.11.2020  |  Live Auction - London 2020
Batman and the Joker | Designing Gotham
In this blog, we are looking into the design of two characters who are the epitome of hero vs. antihero – Batman and his infamous arch nemesis, the Joker – and how over several decades, the look of both has dramatically transformed.
07.06.2018  |  Uncategorized
Gary Tunnicliffe Interview Questions … Hellraiser: Judgment Auction
There is no Hellraiser without Clive Barker, and no Hellraiser: Judgment without Gary Tunnicliffe. From his early years working effects on the films to writing, directing, and starring in Judgment, Gary is an expert on all things Cenobite and one of the current architects of the Hellraiser franchise. We were lucky enough to sit down […]
24.07.2020  |  Collections ,  Live Auction- Los Angeles 2020
NOSTROMO: A Legend Born, And Born Again l Entertainment Memorabilia Live Auction – Los Angeles 2020
The cover piece for our first ever Los Angeles-based Entertainment Memorabilia Live Auction is the 11-foot long filming miniature of the Nostromo from Ridley Scott’s horror classic, Alien. This artifact has been a part of Propstore’s company collection for over a decade, but wasn’t always in the camera-ready shape you see it in now. Read […]
Sign up to be in the know