By Matt Truex on 08.05.2019  |  Uncategorized
EXECUTIVE SUITS: Highlights from the Vice Auction
Share

As Propstore’s Vice auction launches, we explore how the epic, Oscar-nominated political drama proved such a challenging production for its costume designer. 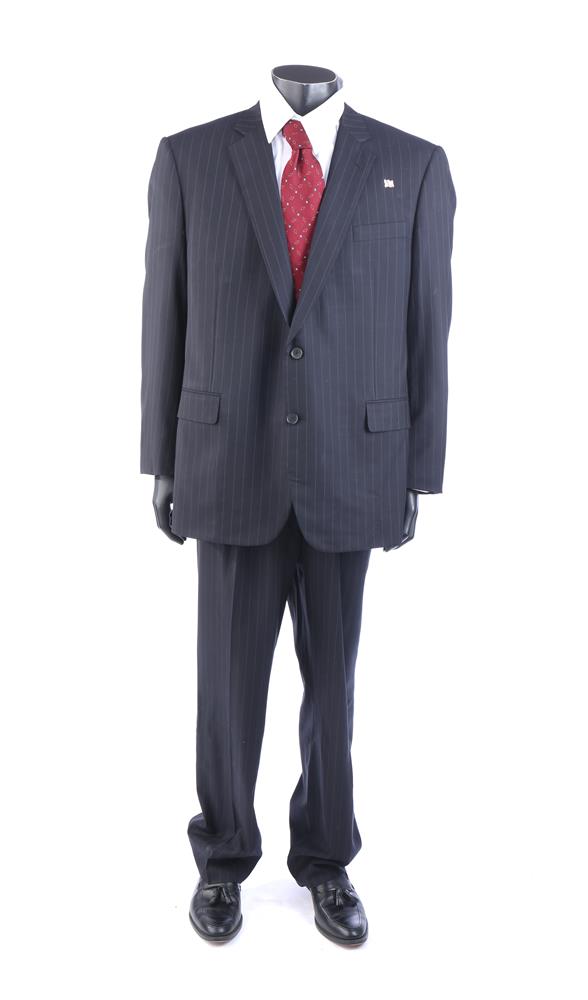 Vice is without a doubt the toughest movie director Adam McKay has ever made. And not simply because its main character, manipulative George W. Bush-administration Vice-President Dick Cheney, was so tricky to pin down for filmmaker behind Anchorman, Step Brothers and The Big Short. Or the fact that he had to reveal some horrifying things about Cheney’s political tactics and their consequences, while retaining his comic sensibility. It was mainly thanks to the film’s sheer scope: it takes place over six decades, taking in over 200 different locations, with 180 different speaking parts — including a lead actor under heavy prosthetic as Cheney himself. 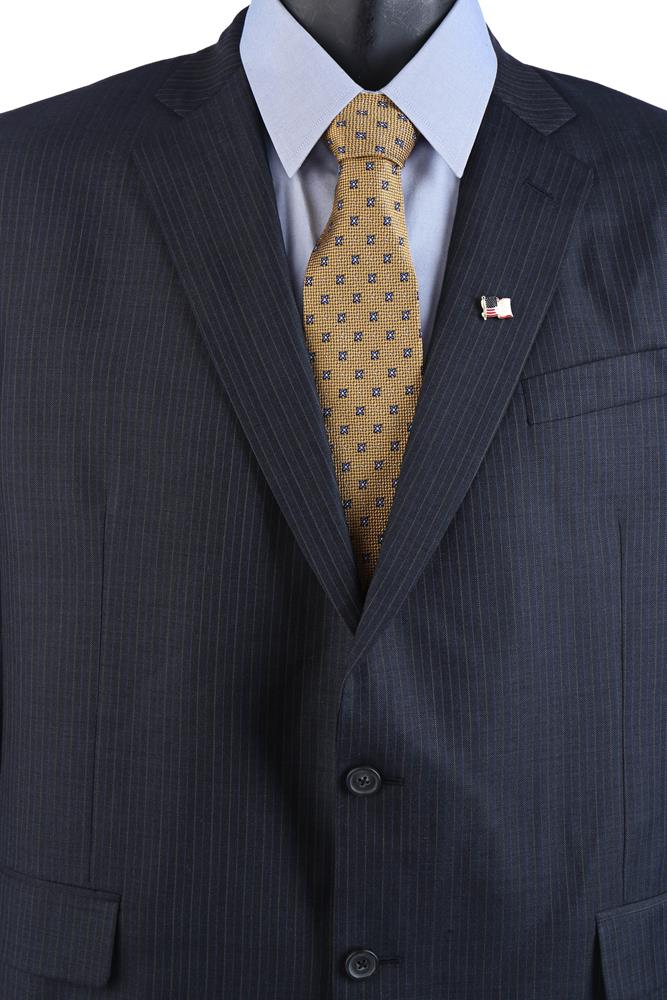 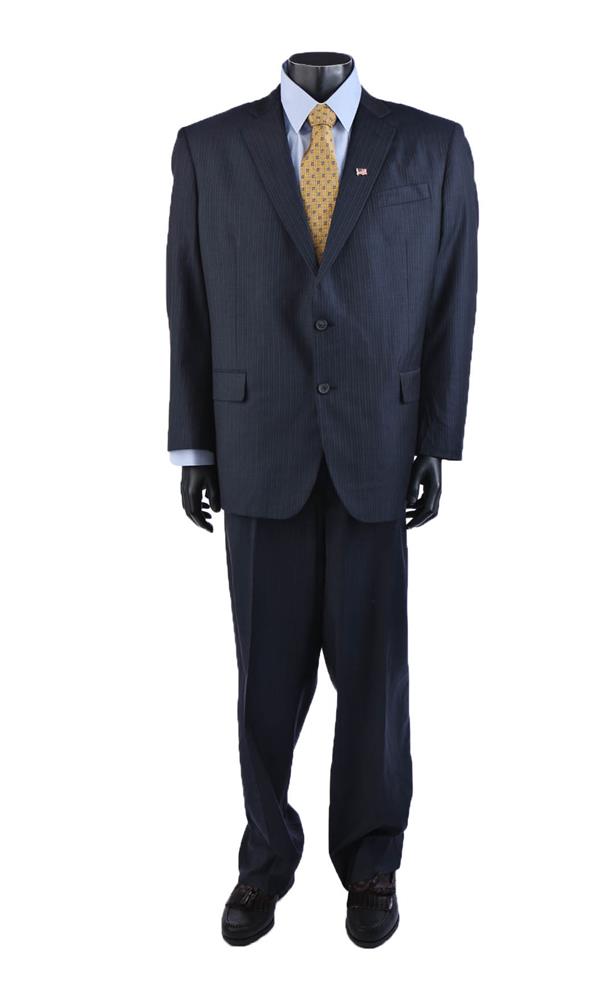 Unsurprisingly, it was a supremely challenging production for its crew, too, not least costume designer Susan Matheson, working on her fifth movie with the director. Hundreds of pieces of clothing were required, which were needed to not only match the various time periods the film covered, but the different locations, too — as well as having to accurately reflect reality, given every character in the film is of course based on a real person.

“It was like running on a treadmill as fast as I could,” Matheson told Ikon London Magazine. “As soon as you’d sink your teeth into one time period you were onto the next. I’ve never worked on anything with this great a span of time and with this many cast members and costumes.” Cheney alone, she revealed, required almost 100 costume changes, while his wife Lynne had 60. Cheney was by far the hardest character to dress, primarily because his body-shape changed so much over the decades of the story. 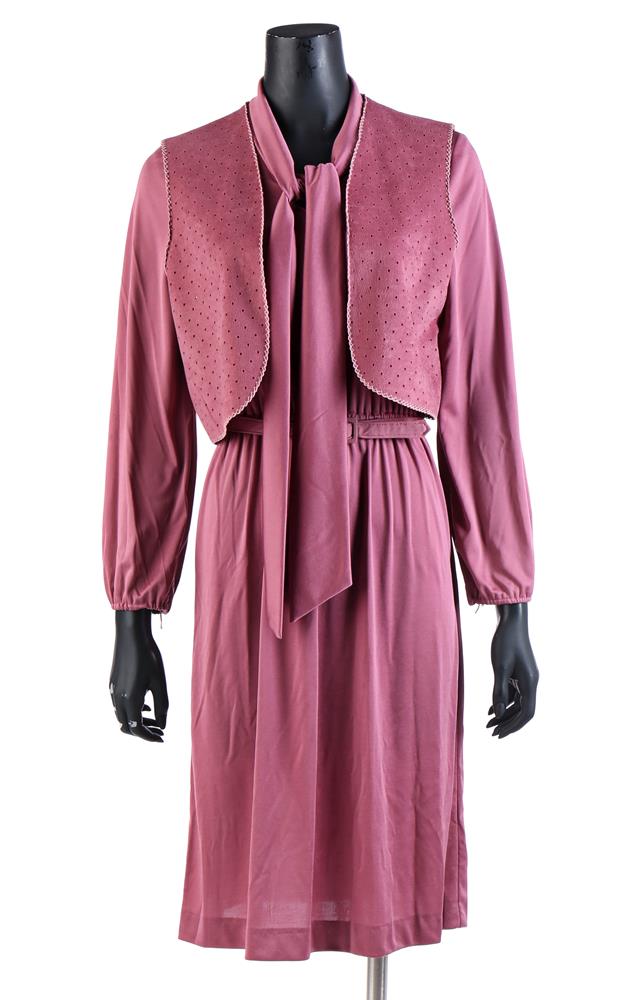 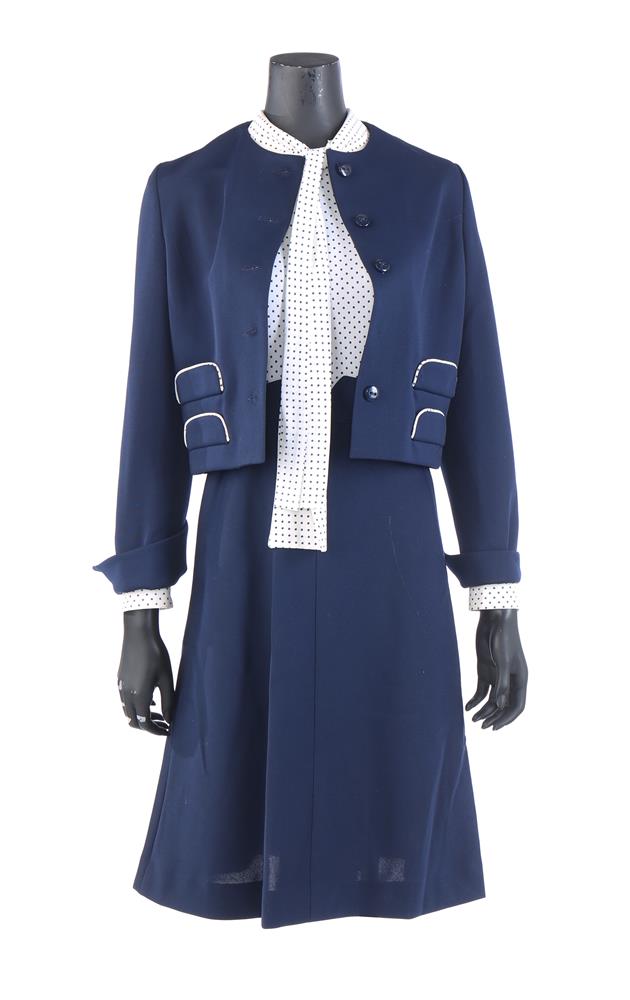 Not that it wasn’t rewarding for Matheson, who made her own contributions to the characters’ depiction. Lynn Cheney, for example, she saw as “very buttoned up”, so she gave her a lot of blouses with bows, to subtly make her appear a little constrained.

Dick Cheney’s journey, meanwhile, is reflected in his sartorial tones. When he starts out as a young man in his home state of Wyoming, he is dressed in earthy colors. Then, when he makes the move to Washington DC and shifts into politics, his style becomes more somber, from the glen plaid suit he wears when he first starts working in DC, to the monochrome of his later years. “The more entrenched he becomes in government,” Matheson said, “the more austere his look becomes.” An appropriate approach for a man who, as the film so entertainingly reveals, loved to operate quietly in the grayest of politics’ gray areas.

Share
Related Articles
24.07.2020  |  Collections ,  Live Auction- Los Angeles 2020
NOSTROMO: A Legend Born, And Born Again l Entertainment Memorabilia Live Auction – Los Angeles 2020
The cover piece for our first ever Los Angeles-based Entertainment Memorabilia Live Auction is the 11-foot long filming miniature of the Nostromo from Ridley Scott’s horror classic, Alien. This artifact has been a part of Propstore’s company collection for over a decade, but wasn’t always in the camera-ready shape you see it in now. Read […]
20.11.2020  |  Live Auction - London 2020
Batman and the Joker | Designing Gotham
In this blog, we are looking into the design of two characters who are the epitome of hero vs. antihero – Batman and his infamous arch nemesis, the Joker – and how over several decades, the look of both has dramatically transformed.
07.06.2018  |  Uncategorized
Gary Tunnicliffe Interview Questions … Hellraiser: Judgment Auction
There is no Hellraiser without Clive Barker, and no Hellraiser: Judgment without Gary Tunnicliffe. From his early years working effects on the films to writing, directing, and starring in Judgment, Gary is an expert on all things Cenobite and one of the current architects of the Hellraiser franchise. We were lucky enough to sit down […]
15.04.2020  |  Uncategorized
15 Films to Get Lost in During the Lockdown
The “Lockdown.” It’s here. It’s weird. It’s unsettling. And, it’s starting to get a wee bit boring now. With so much angst, anxiety, fear and panic in the world, now calls for a time to try and distract ourselves as much as possible. There are home workout options aplenty, if that’s your sort of thing, […]
Sign up to be in the know