This year, in Propstore’s first Los Angeles-based Entertainment Memorabilia Live Auction, we have a distinguished piece of movie-making history going up on the auction block, in the form of Alfred Hitchcock’s Vista Vision Motion Picture Camera. This camera, used not only on the production of Hitchcock’s Vertigo, but also by filmmaking legend Cecil B DeMille when filming The Ten Commandments, was a marvel of technology in its day, and helped the Master of Suspense produce an enduring Noir classic. 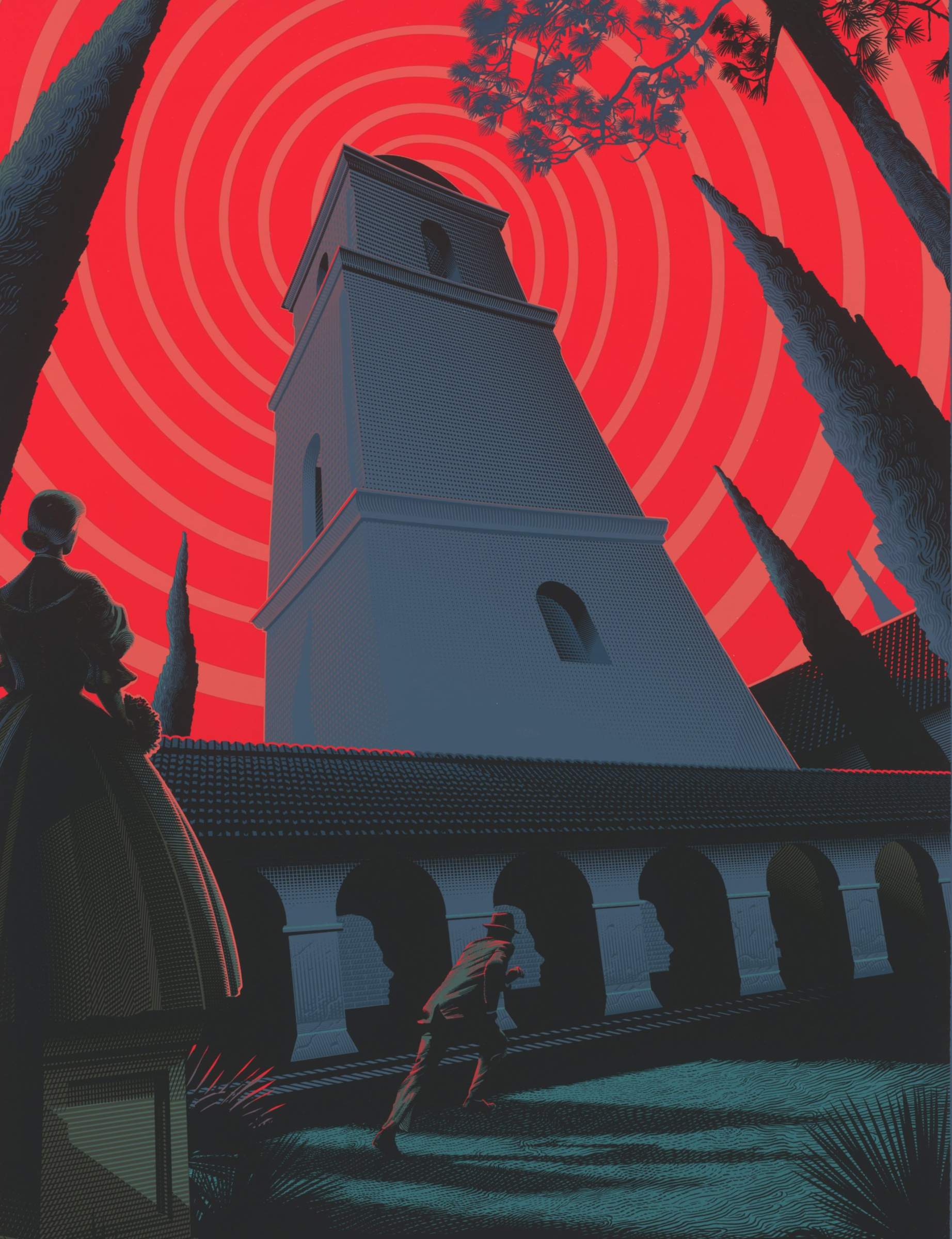 Vertigo may now be seen as Alfred Hitchcock’s masterpiece, but it was not an easy film for him to make.

The script took three attempts to nail, despite being an adaptation of Pierre Boileau and Thomas Narcejac’s D’entre les morts (the first draft, by playwright Maxwell Anderson, was titled Darkling I Listen and virtually made no sense). Filming was delayed by a frustrating double-whammy of the Master of Suspense himself requiring surgery to remove his gallbladder, and his chosen lead actress Vera Miles becoming pregnant, requiring the recasting of Kim Novak in the twin femme fatale role of Madeleine/Judy. Its production ran over schedule and went over budget, thanks mainly to unexpectedly gloomy weather on location in San Francisco, chosen by Hitchcock for its steep streets. And on its eventual release in 1958, it received a chilly reception from critics and audiences alike, turned off by its moral ambiguity (encapsulated in a superbly layered performance by Hitchcock regular James Stewart, who people were more used to playing nice guys), its downbeat ending, and a widespread misreading of Novak’s performance as ‘stiff’. 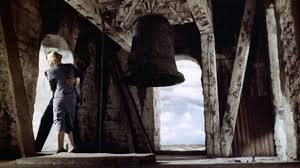 It must have been a painful experience for Hitchcock, especially given the movie is also arguably his most personal. Like lead character Scottie Ferguson, he too suffered from vertigo. But it went deeper than that: Scottie’s obsession with Madeleine – who he saw fatally fall from the top of the Mission San Juan Bautista bell tower, then seemingly reincarnate in the form of Judy – and his dubious efforts to reshape Judy in Madeleine’s image, were reflective of Hitchcock’s own manipulative treatment of women, not least his actresses. As critic Roger Ebert wrote, the film was his “most confessional, dealing directly with the themes that controlled his art.”

It took time for Vertigo’s genius to become fully appreciated, to the point where, in 2012, Sight & Sound magazine voted it the greatest film ever made, toppling Orson Welles’ Citizen Kane from the top spot for the first time in 50 years. And that genius is multi-faceted. Not only has Vertigo come to be celebrated for its thematic complexity and daring, it is also lauded for its sheer visual panache, including one camera technique so stunning and effective, it’s become a part of mainstream cinematic language. 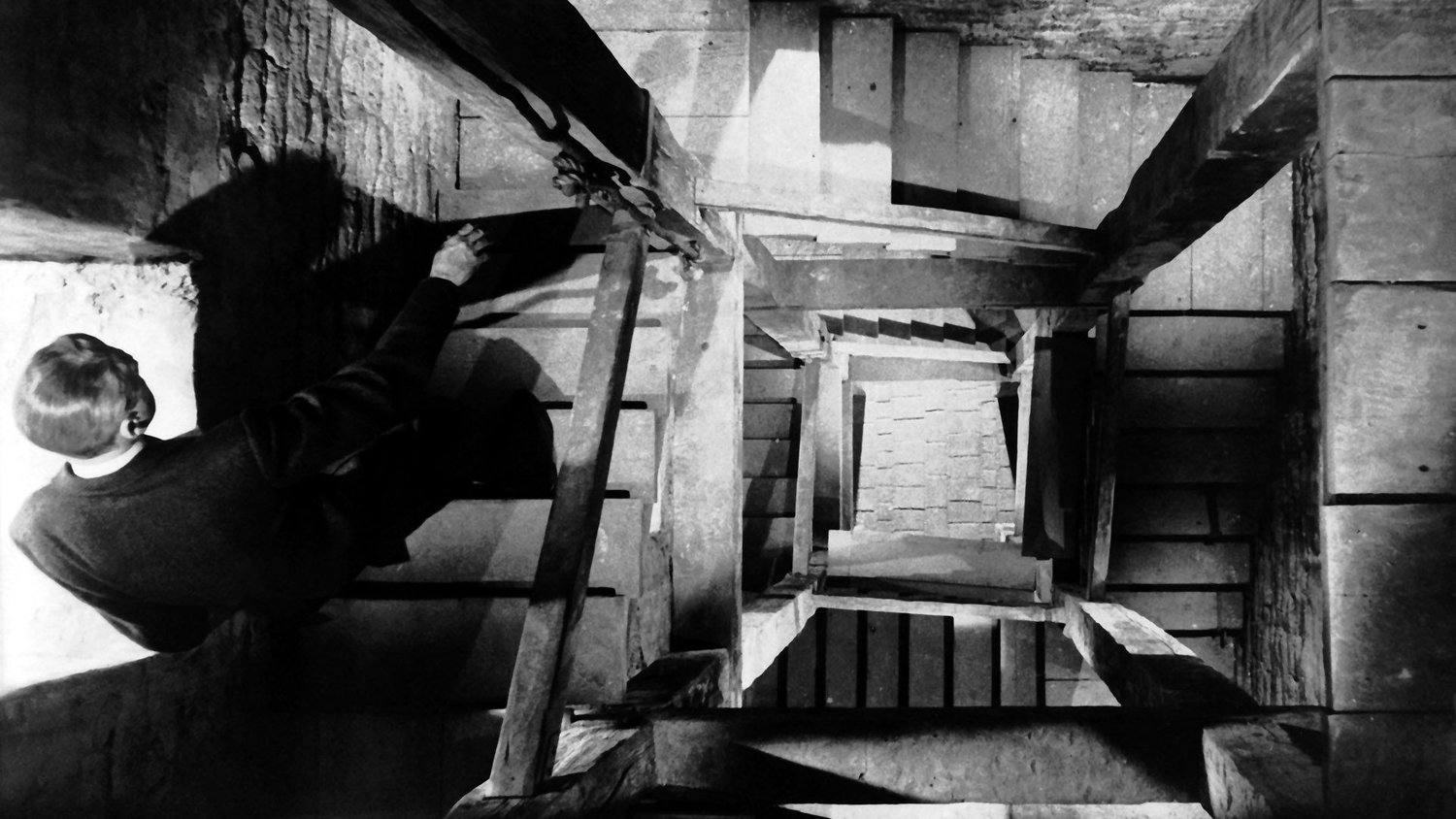 Vertigo was primarily photographed using a process which had recently been developed at Paramount studios as a crisper alternative to CinemaScope and similar anamorphic formats. This was VistaVision, a high-resolution format first used for White Christmas in 1954, and which Hitchcock and his director of photography Robert Burks had previously used to shoot To Catch a Thief, The Trouble With Harry and The Man Who Knew Too Much. By running its 35mm film though the camera horizontally rather than vertically, thereby providing a larger area on which to shoot, VistaVision created a projection print with a much finer grain than CinemaScope.

As such, it was ideal for Hitchcock and Burks’ requirements, facilitating Vertigo’s emphasis on bold color schemes, from the striking combinations of greens and reds, to Novak’s stark, monochromatic costume ensembles. The most frequently used first-unit camera on Vertigo was a VistaVision Motion Picture Camera (lot 842 in the Entertainment Memorabilia Live Auction – Los Angeles), one which had previously been used to shoot Cecil B. DeMille’s biblical epic The Ten Commandments – and which still exists today, going under the hammer at Propstore’s upcoming Entertainment Memorabilia Live Auction. 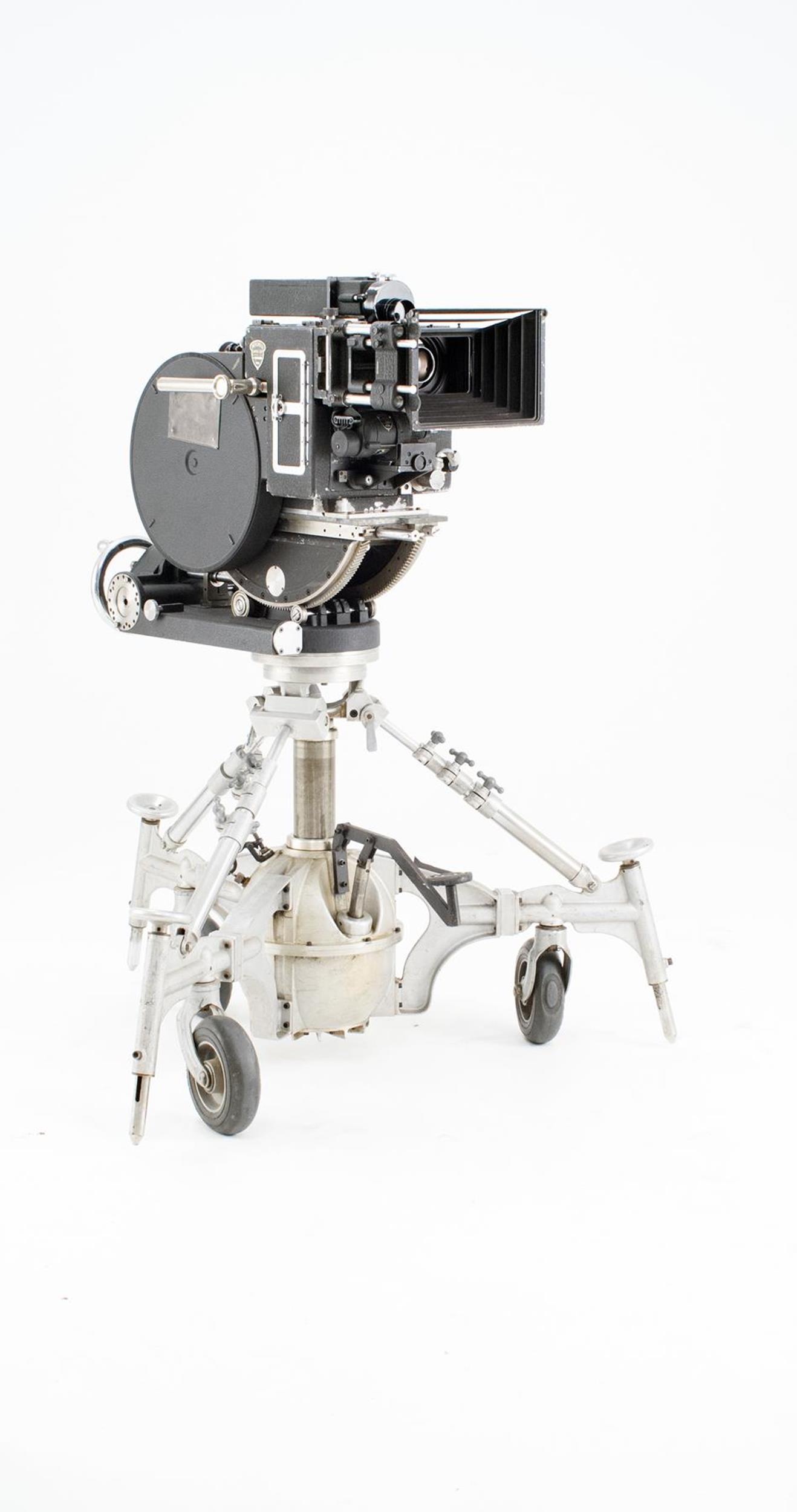 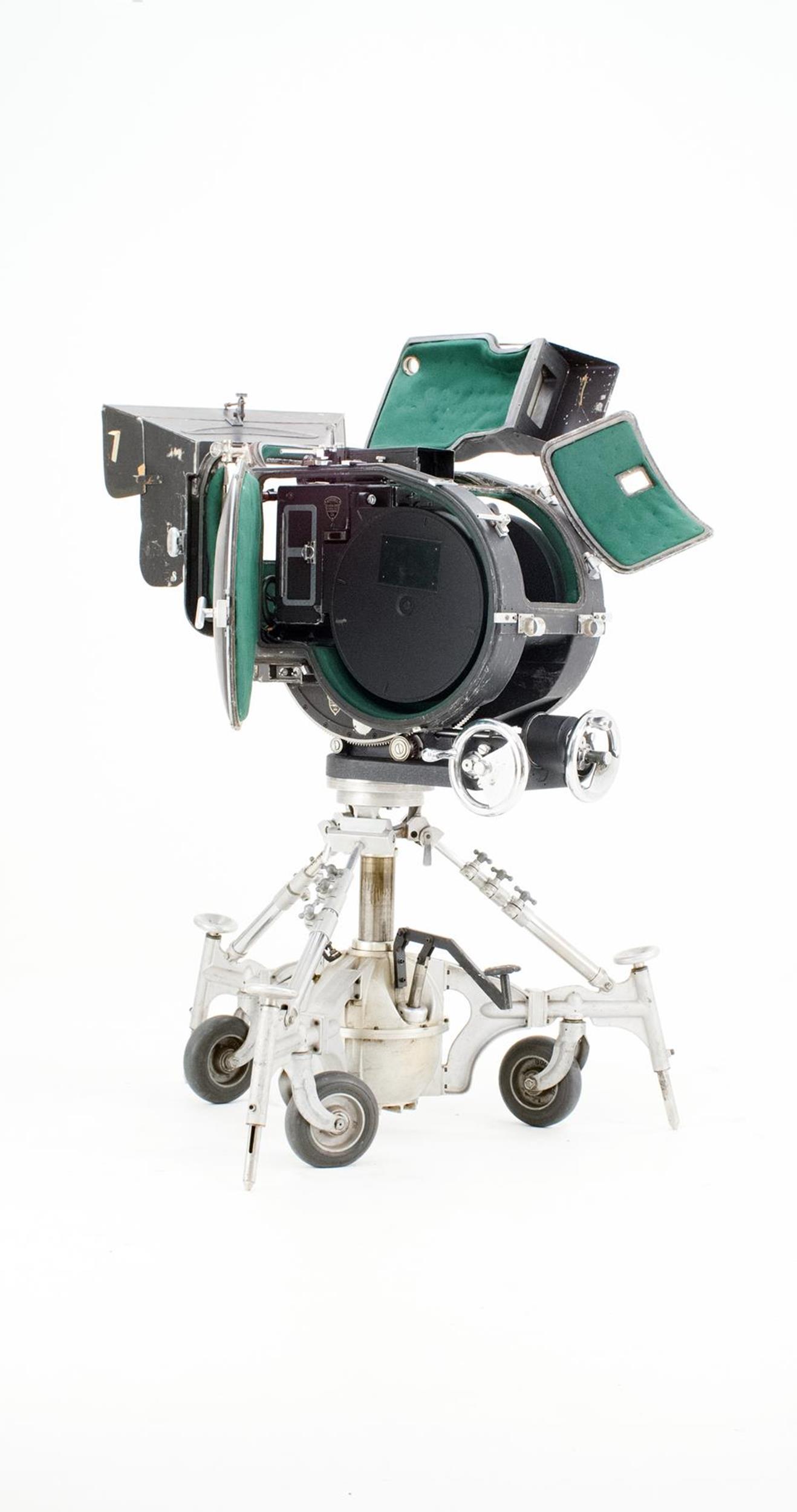 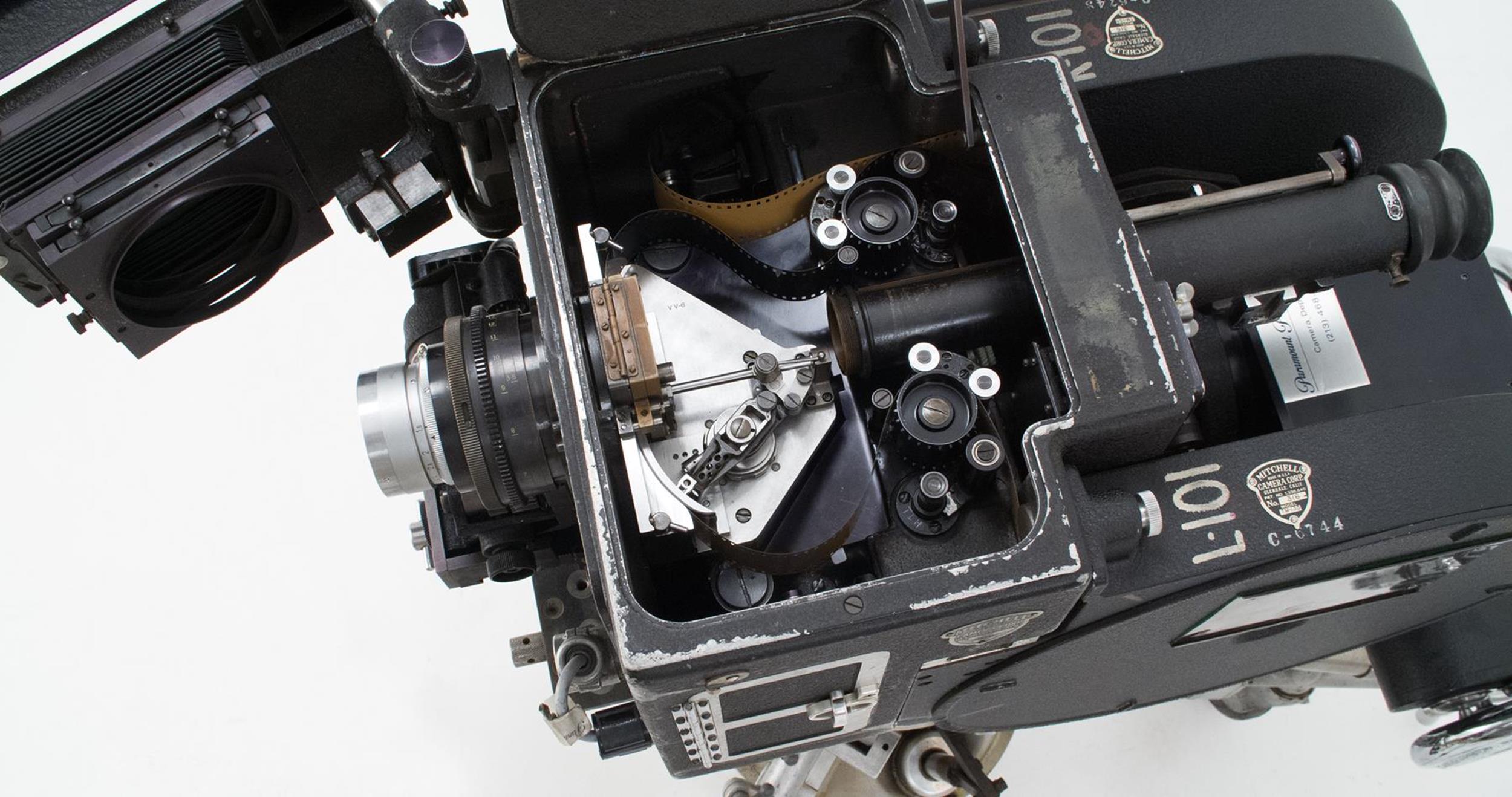 Vertigo’s greatest visual innovation was achieved once the production moved from its location shoot to two months of filming at Paramount Studios, where under the direction of art director Henry Bumstead, more than 50 richly textured sets were built, including a genuinely vertiginous 70-foot-high interior for the Mission bell tower (which in reality had been destroyed many years earlier and was replaced in the film’s exteriors by matte paintings). In order to create the dizzying impact of vertigo on Scottie, with the world seemingly sickeningly falling away from him, Hitchcock employed a technique that has since become popularly known as “the Vertigo Effect”.

This in-camera effect required the use of a zoom lens, and involved a carefully calibrated combination of a forward zoom with a backwards dolly move on a regular 35mm camera; hence its less-catchy other name, “dolly zoom”. The actual creator of was at first not clear. Associate producer Herbert Coleman claimed that it wasn’t Hitchcock himself who devised it, and neither was it process photographer Wallace Kelley, who was credited on the film. Rather, it was an uncredited second-unit cameraman named Irwin Roberts.

The film’s most impressive use of the effect occurs when Scottie pauses partway up the steep bell-tower steps and looks down towards the distant ground. This particular shot required some special-effects ingenuity, as Hitchcock was informed that to create and operate the rig needed to achieve it on the 70-foot set would cost the production $50,000. Instead, a scale model version of the set was created, then laid down on its side and given the dolly-zoom treatment by special-effects cameraman John Fulton. The total cost? $1,900. 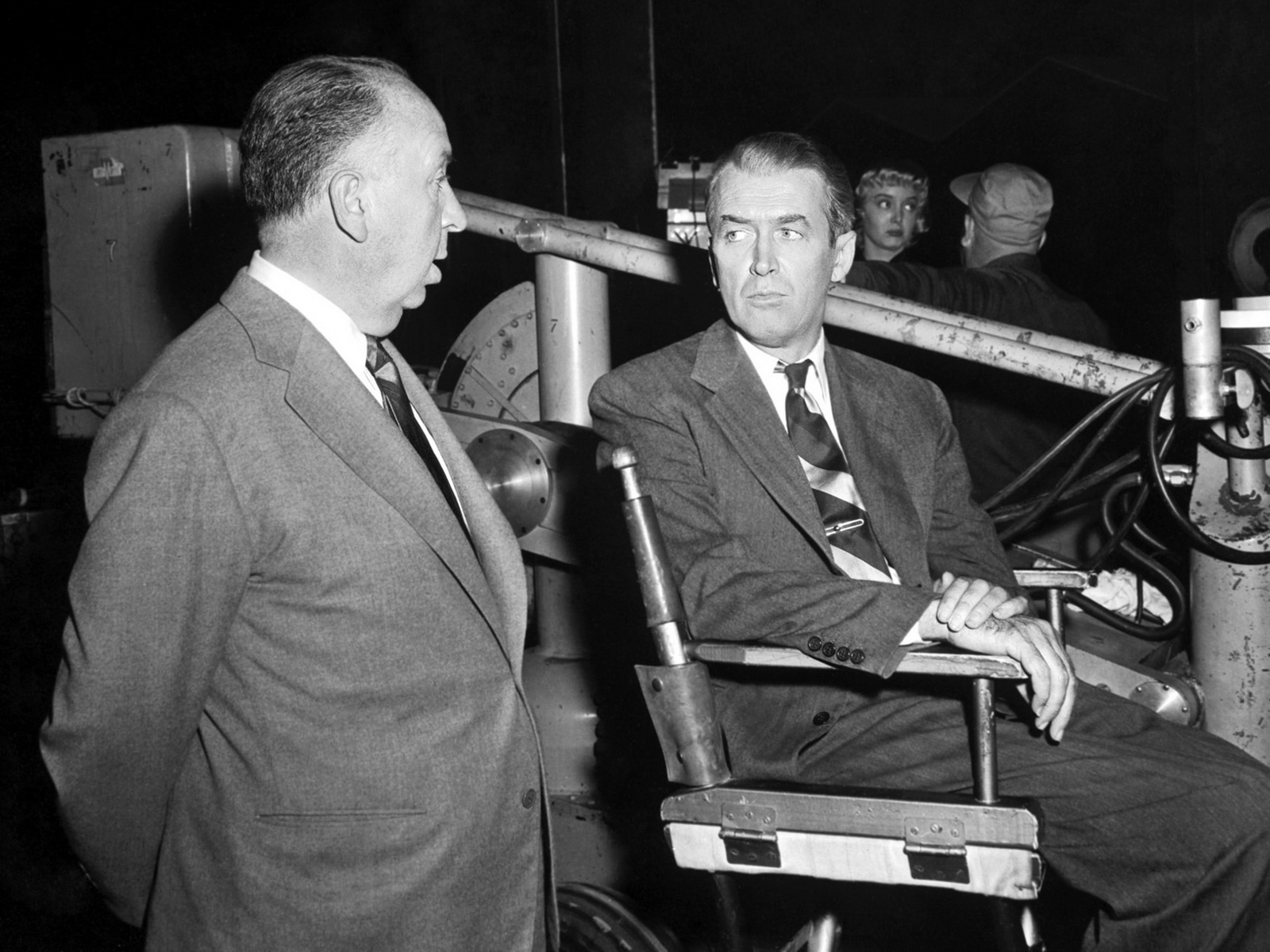 Since Vertigo’s release, this same technique has been used to astonishing effect in many other movies, most notably Steven Spielberg’s Jaws, Martin Scorsese’s Raging Bull, Quentin Tarantino’s Pulp Fiction, and Peter Jackson’s The Lord of the Rings: The Fellowship of the Ring. It wasn’t the only in-camera effect used on Vertigo (see also the amazing background transition from hotel room to stable while Stewart and Novak kiss, achieved using a turntable and a circular set backdrop), but without a doubt it is the film’s greatest visual legacy. For Hitchcock, all the pain was ultimately worth it.

Alfred Hitchcock’s Vista Vision Motion Picture Camera and over 860 more lots of iconic props and costumes will  be open for bidding in our Entertainment Memorabilia Live Auction – Los Angeles starting July 27th. Click the banner below to view our preview gallery and don’t forget to register for bidding.