Welcome to this week’s Showcase Preview for our Prop Store Live Auction on 27th September 2016. Today we will be showcasing some of the very special clapperboards that will be coming up for sale in the auction…

The clapperboard is a perfect combination of form and function which has barely changed since it was invented by FW Thring – head of Efftee Studios in Melbourne – back in the very early days of the ‘talkies’. The clapboard slate holds information regarding the film and scene (date, title, director, director of photography, scene number, camera angle, take number) and the clapstick makes a sharp sound that makes it easy to match up the beginning of the scene during editing.  Before the advent of digital movie-making, the visual and audio tracks were recorded separately, so it was essential to be able to identify each scene very accurately so that the film editor could easily match up film clips with audio recordings.

The following lots below will give you an insight into some of the very special examples of film clapperboards that will be offered in the auction – covering everything from action blockbusters, to sci-fi epics and even westerns! 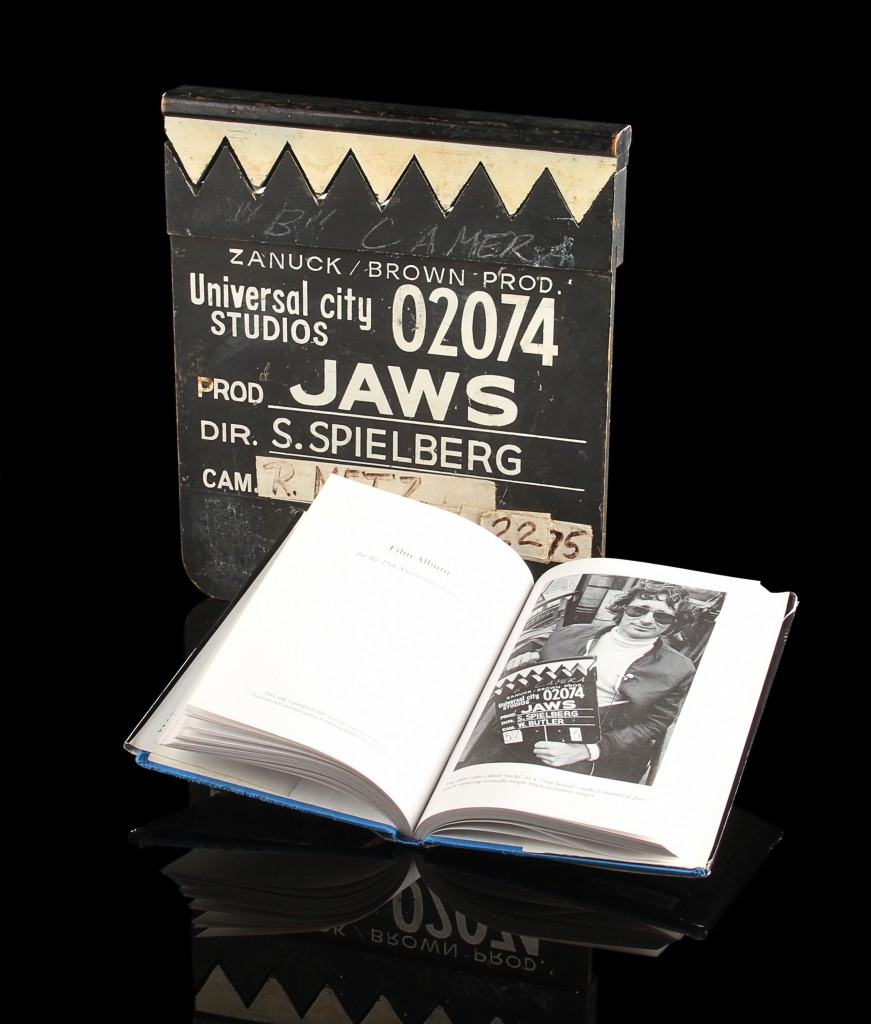 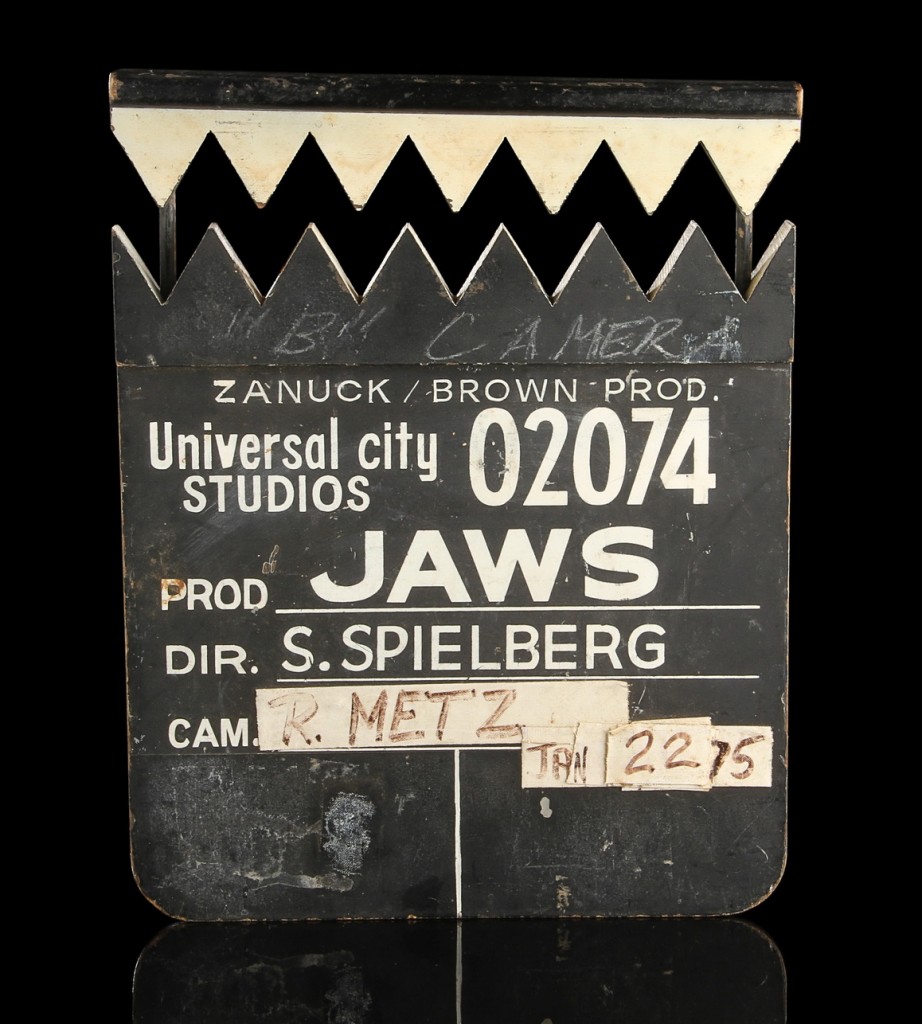 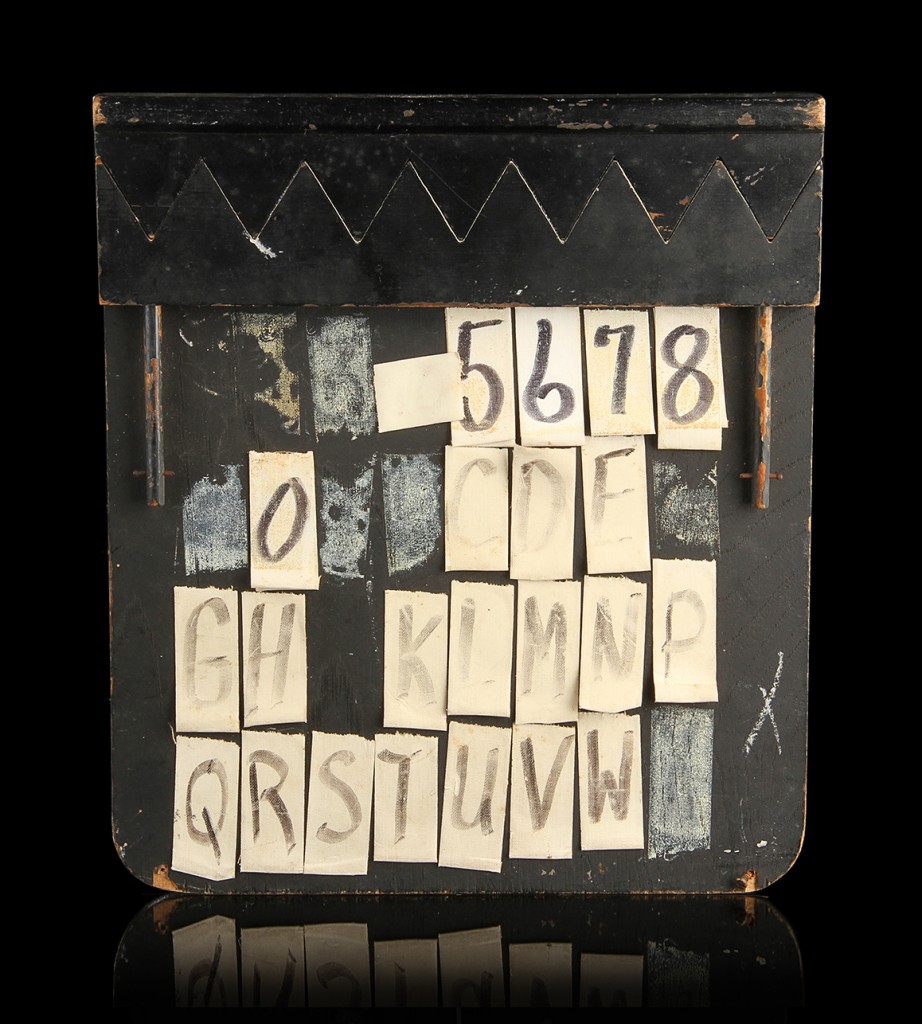 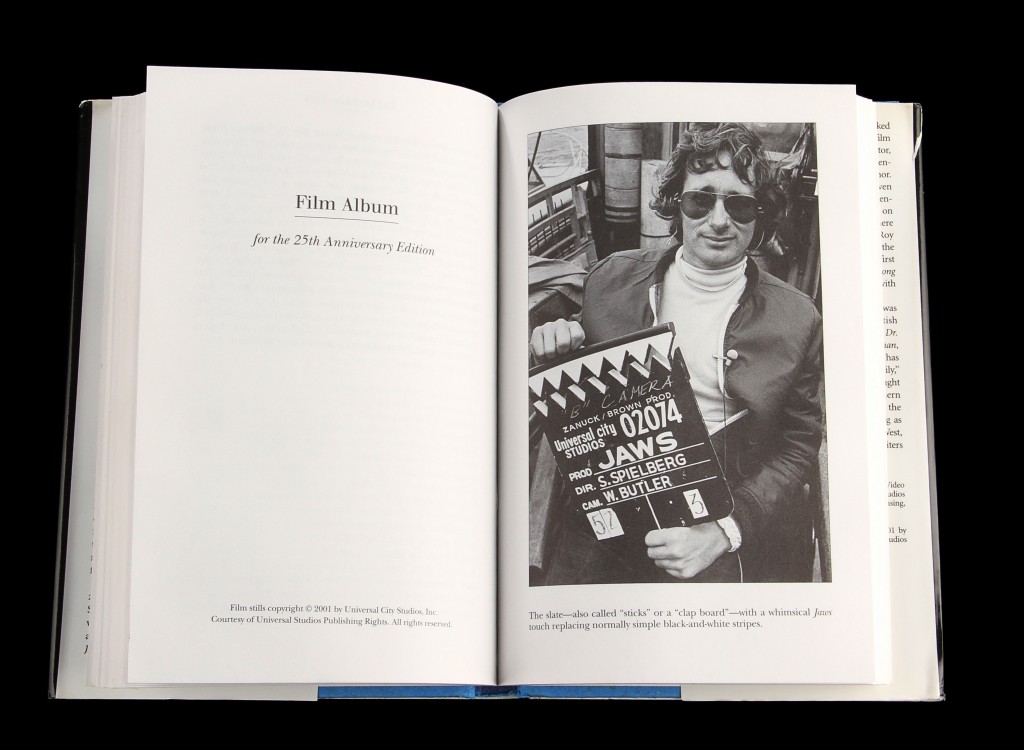 This clapperboard – from Steven Spielberg’s Academy-award winning Jaws – was used throughout the entire production, and was famously photographed with Spielberg himself holding it on set. That history alone would make it special, but the unique feature of the clapperboard is its comical style, with a custom-made serrated ‘shark tooth’ edging replacing the traditional sticks. It is probably the only clapperboard that would be instantly identifiable even if nothing was written on the slate!  Considerable interest is anticipated in this very special piece. 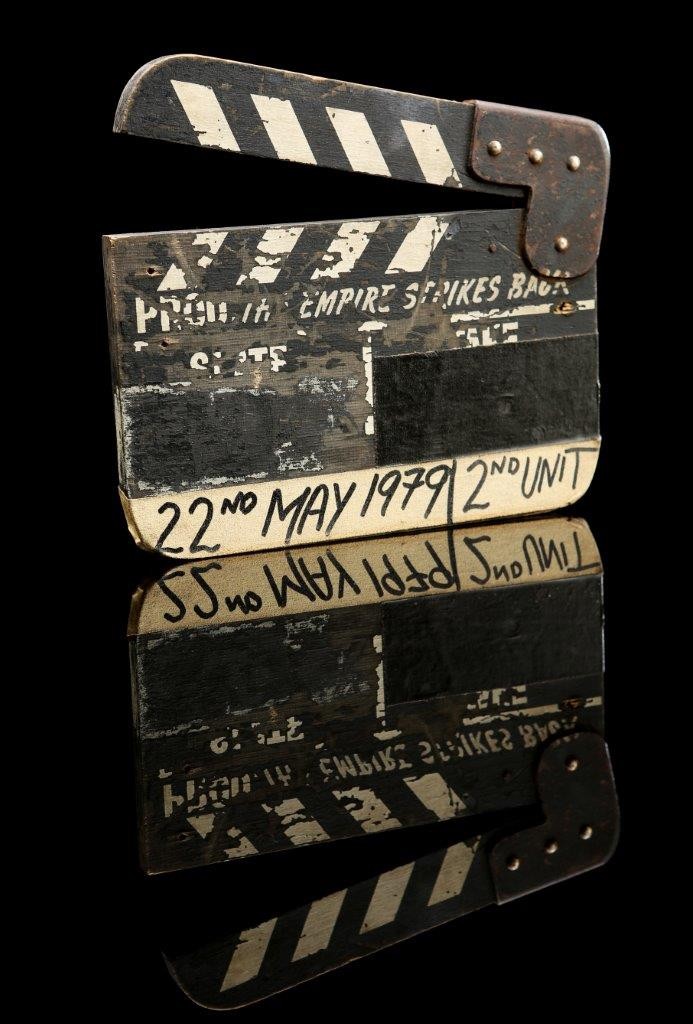 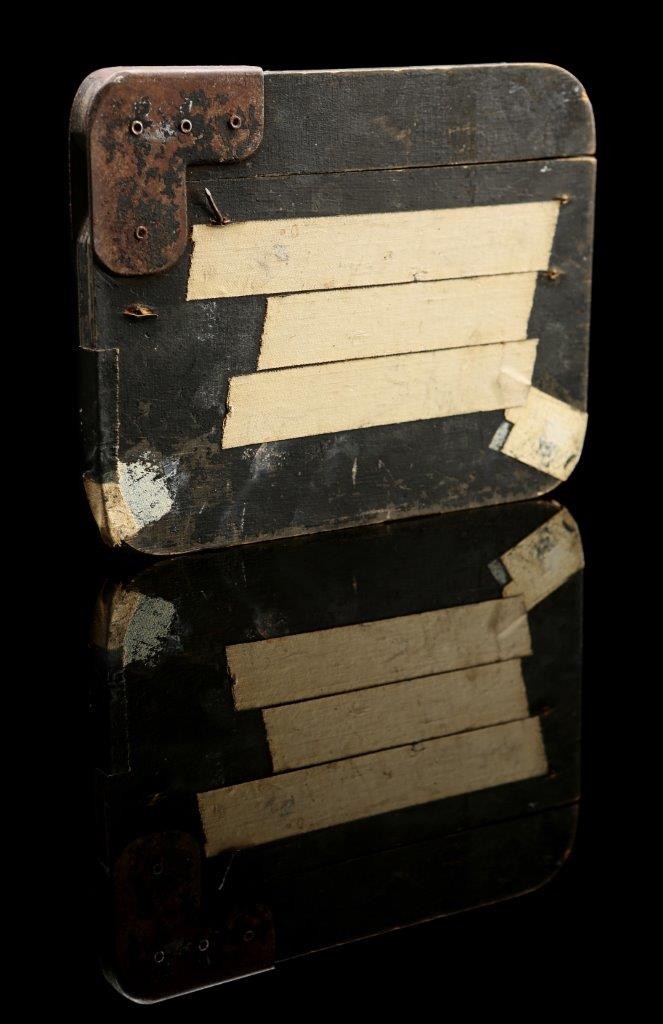 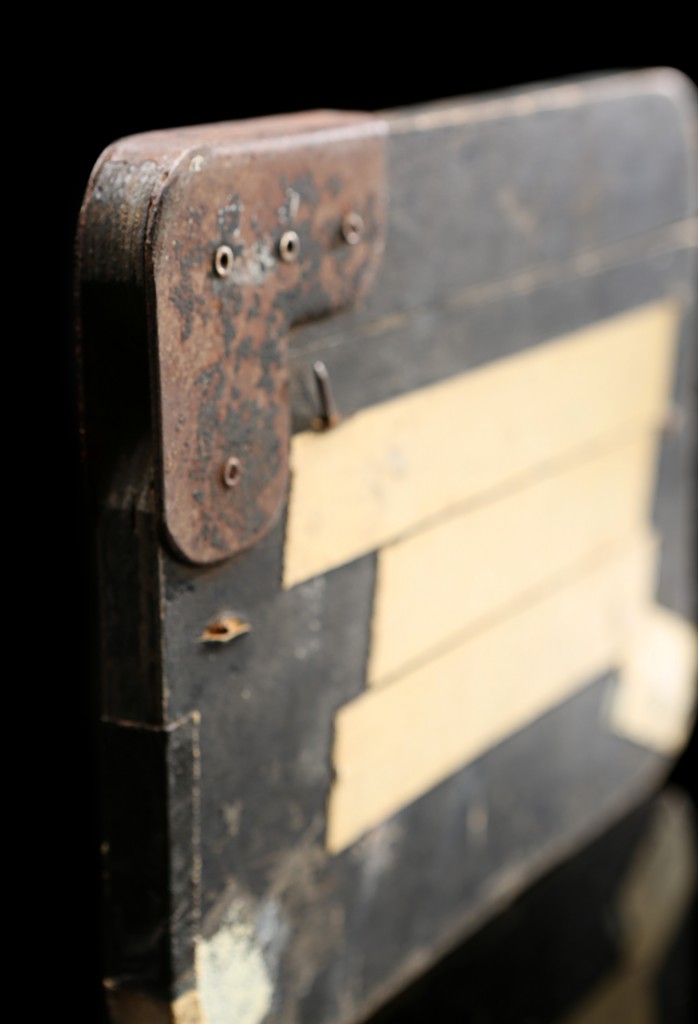 This particular clapperboard was used by the 2nd unit during the filming of Irwin Kershner’s directorial contribution to Star Wars, in The Empire Strikes Back.  Its size indicates that it was tailored for use in close-up and insert shots, for which the larger clapperboards would have been too cumbersome.  This clapperboard is another piece of Star Wars history, and will be of significant interest to collectors. 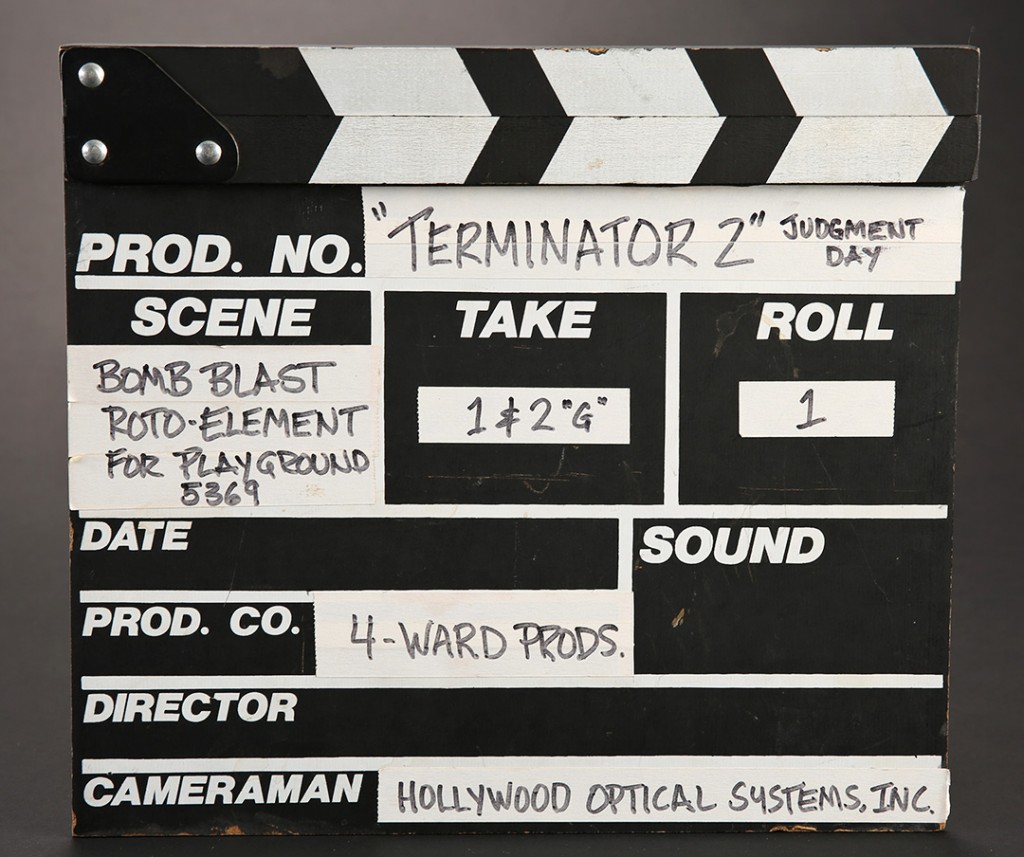 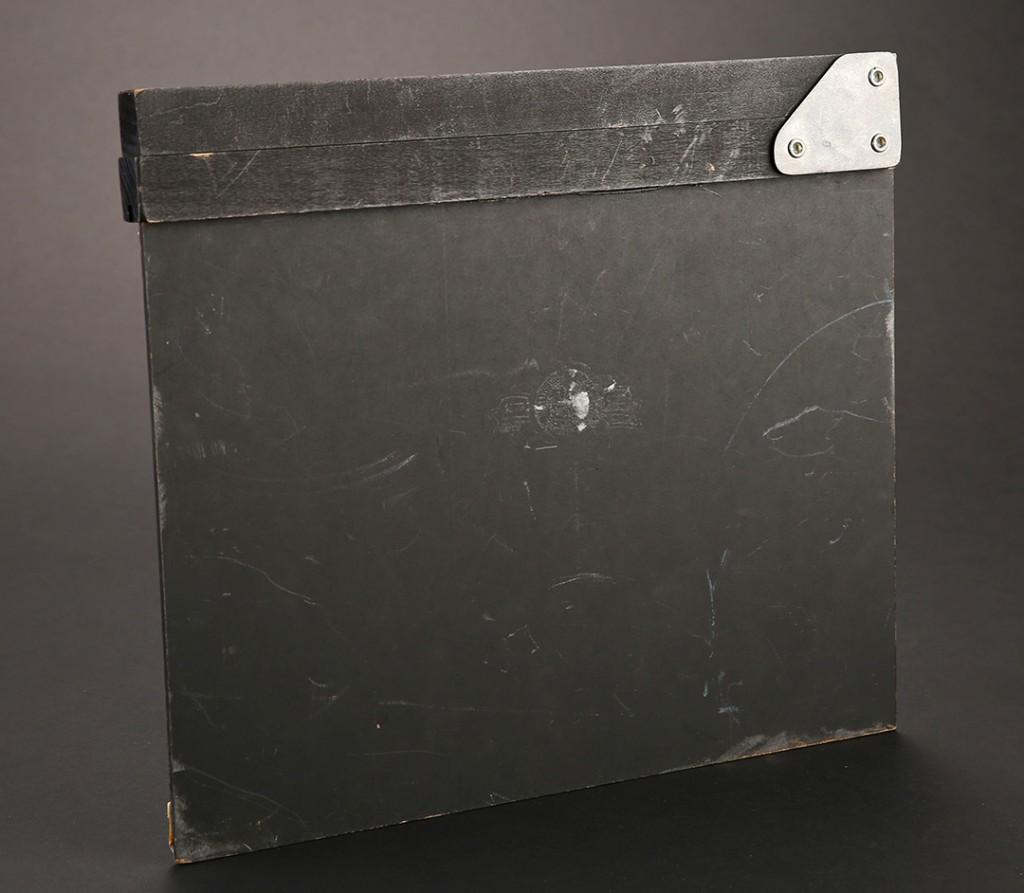 One of the most dramatic scenes in Terminator 2: Judgement Day is the playground scene in which nuclear fire decimates Los Angeles. This classic scene was created for James Cameron by special visual effects experts 4-Ward Productions, who used this particular clapperboard during the complex work that they undertook to produce a particularly memorable piece of this iconic film. 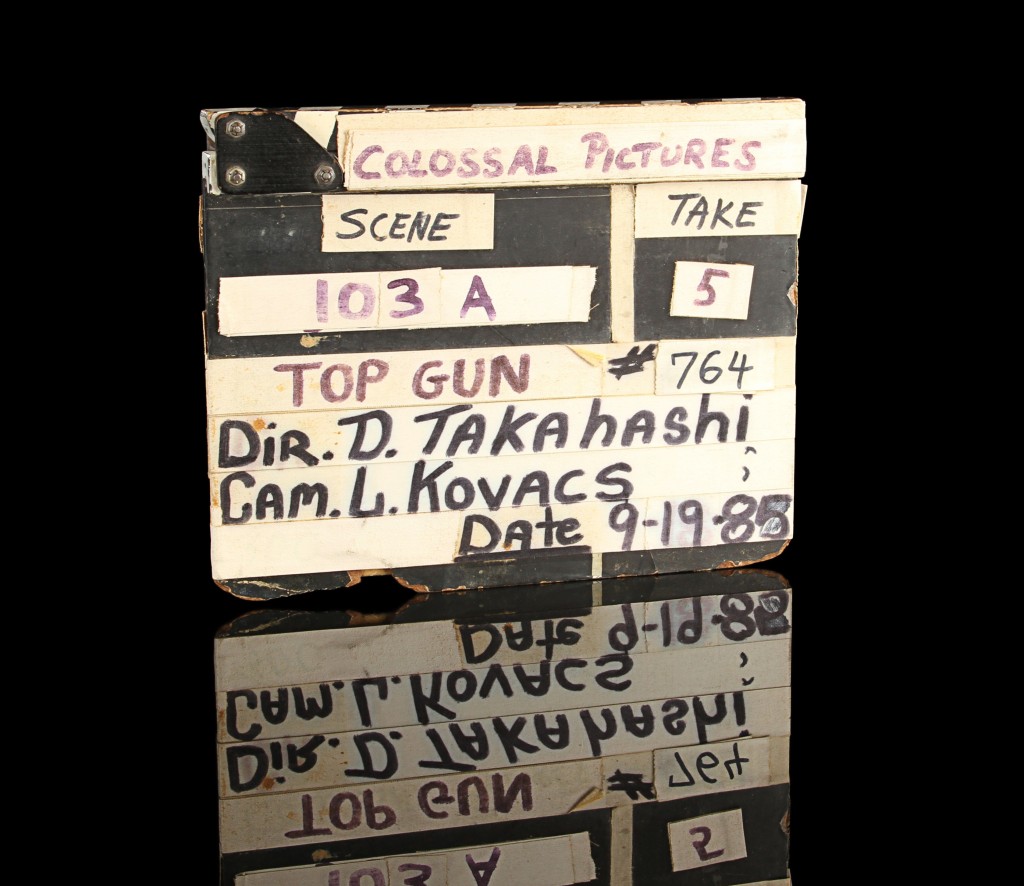 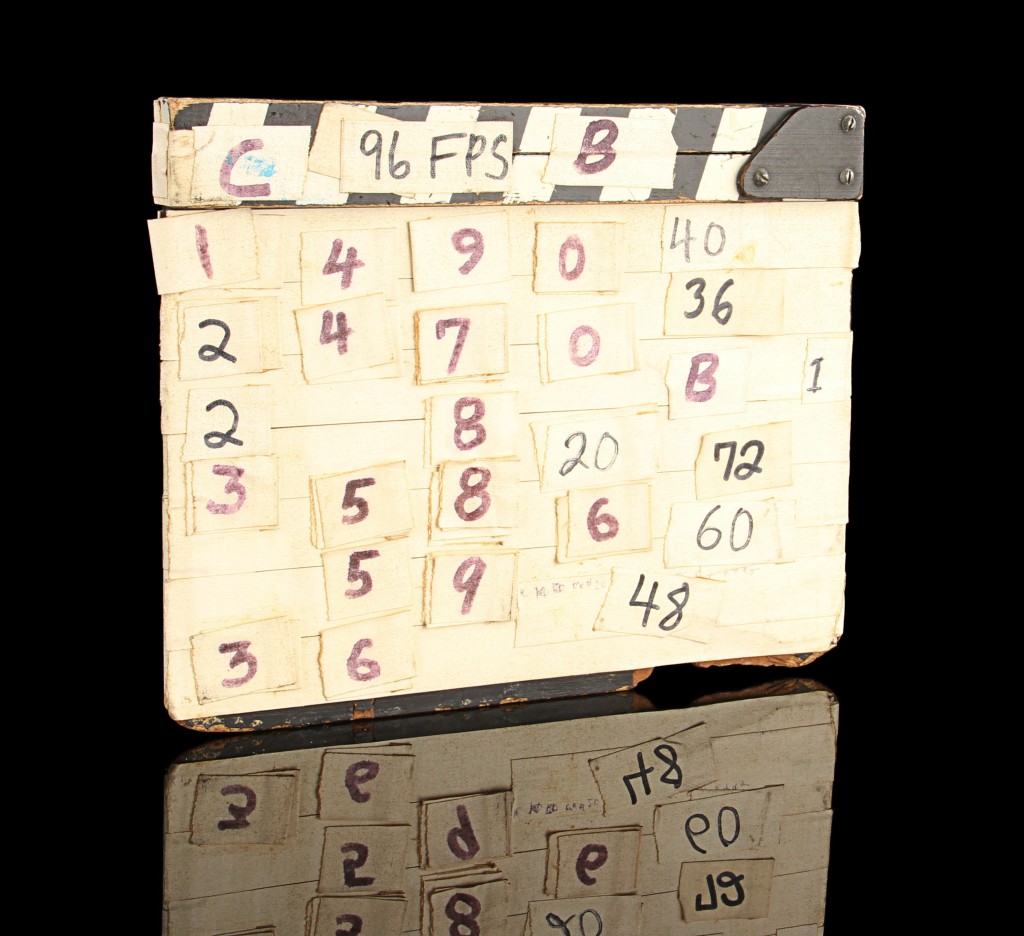 Top Gun, the late Tony Scott’s action blockbuster, is defined by its spectacular visual effects. This clapperboard was used throughout the making of the film for the visual-effects photography, and is screen matched to behind-the scenes footage in Danger Zone: The Making of Top Gun. Interestingly, the board gives an insight into the long and tortuous process of filmmaking – it includes references to Colossal Pictures founder Drew Takahashi and cinematographer Laszlo Kovacs, who were ultimately uncredited for their work on the production. 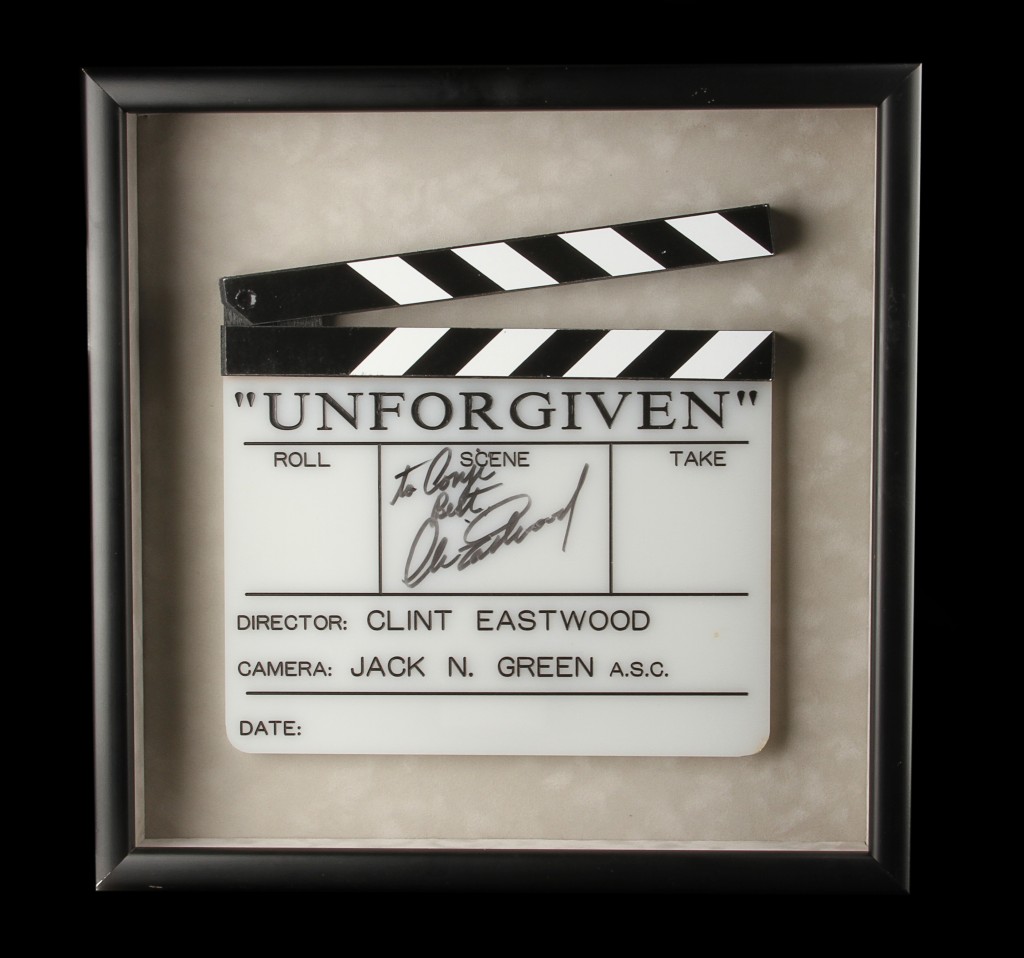 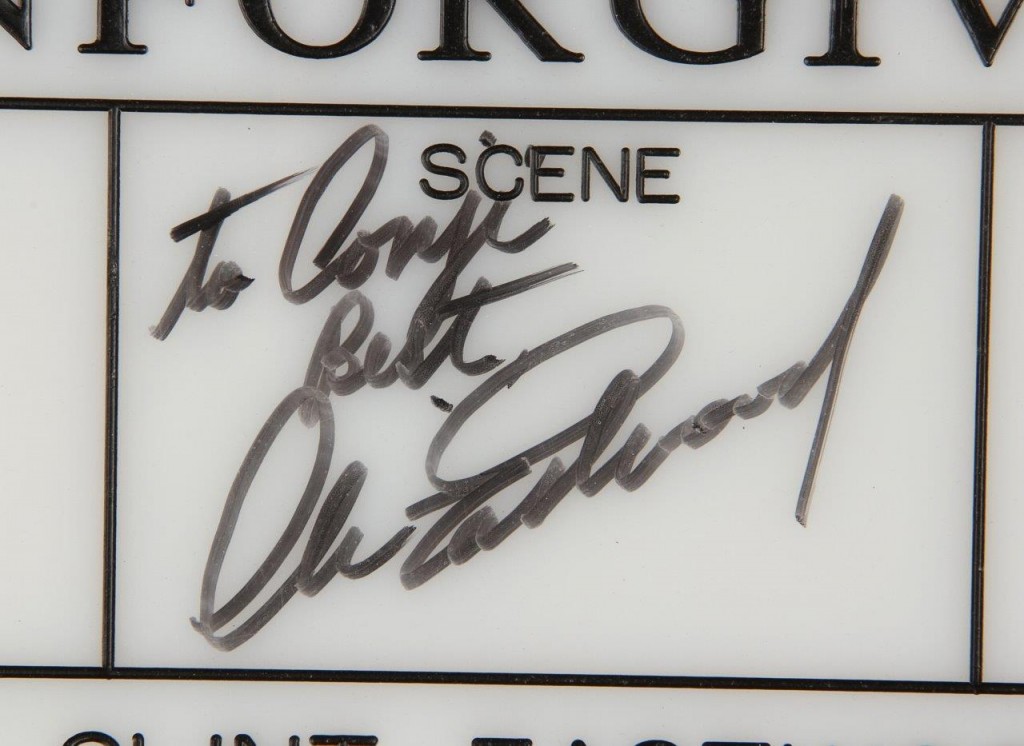 This clapperboard is from Unforgiven, regarded by many as Clint Eastwood’s directorial masterpiece, and has been autographed by the man himself. After being used on set, Eastwood autographed the board and gave it to a crew member as a gift, lending it a very personal touch. It is presented for display in a custom-made square frame.

All of these beautifully crafted clapperboards will be available in the upcoming Prop Store Entertainment Memorabilia Live Auction, so Register Now to make sure you are kept up to date will all the latest auction information and more! And don’t forget to check back at the Prop Store Blog every Monday and Friday leading up to the Live Auction to get more exclusive sneak peeks of what’s to come in one of Europe’s largest and most exciting film and TV memorabilia auctions.