Thank you to all those that bid in our auctions and purchased items online over the last few weeks. Despite what is happening in the world around us, the collectibles market is strong, sales are positive, and collectors are incredibly active buying and selling. We’ve seen similar trends during other troubling times and are happy to provide a little bit of entertainment and service with our commitment to bringing you the best collectible materials on the market.

Here’s a sampling of what’s been happening at Propstore and what’s to come!

We would like to thank all our customers for the overwhelming response we had to our April Super Sale and May the 4th promotions.  Online store sales were approximately double what they were this same time last year and we are thrilled to see that many of you have been using your time at home to help build out your collections.

Our fifth Cinema Poster Live Auction was one of the strongest to date, with a 90% sell through rate and over £207,000/$254,000 in sales. The number of registered bidders increased by 250% as well. We’re glad to see interest in our poster auctions continuing to grow and look forward to hosting more of these in the coming year.

In Propstore’s follow-up auction for Star Trek (2009) and Star Trek: Into the Darkness (2013), Propstore auctioned an additional 250 original prop and costume lots totaling over $286,000/£233,533. Like the first Star Trek auction in 2017, this auction had strong results, attracting the same amount of registered bidders as the first and 166% more bids placed.

More importantly, the auction offered fans a chance to purchase valued Starfleet items from production of two of the franchise’s most-successful films.

Propstore, in association with Lionsgate, invites you to an exclusive auction of original weaponry, armor, props, and costumes used in association with the production of Robin Hood. Set your sights on our preview gallery and register today to be entered for a chance to win an original helmet from the film. Bidding starts May 29th.

Taking place later this summer, registration is currently open for this eagerly anticipated auction that brings all of Marvel’s Street Level Heroes together in one sale. Register today to be entered for a chance to win Frank Castle’s costume from Marvel’s The Punisher or a New York Bulletin Newspaper cover from Marvel’s Daredevil. 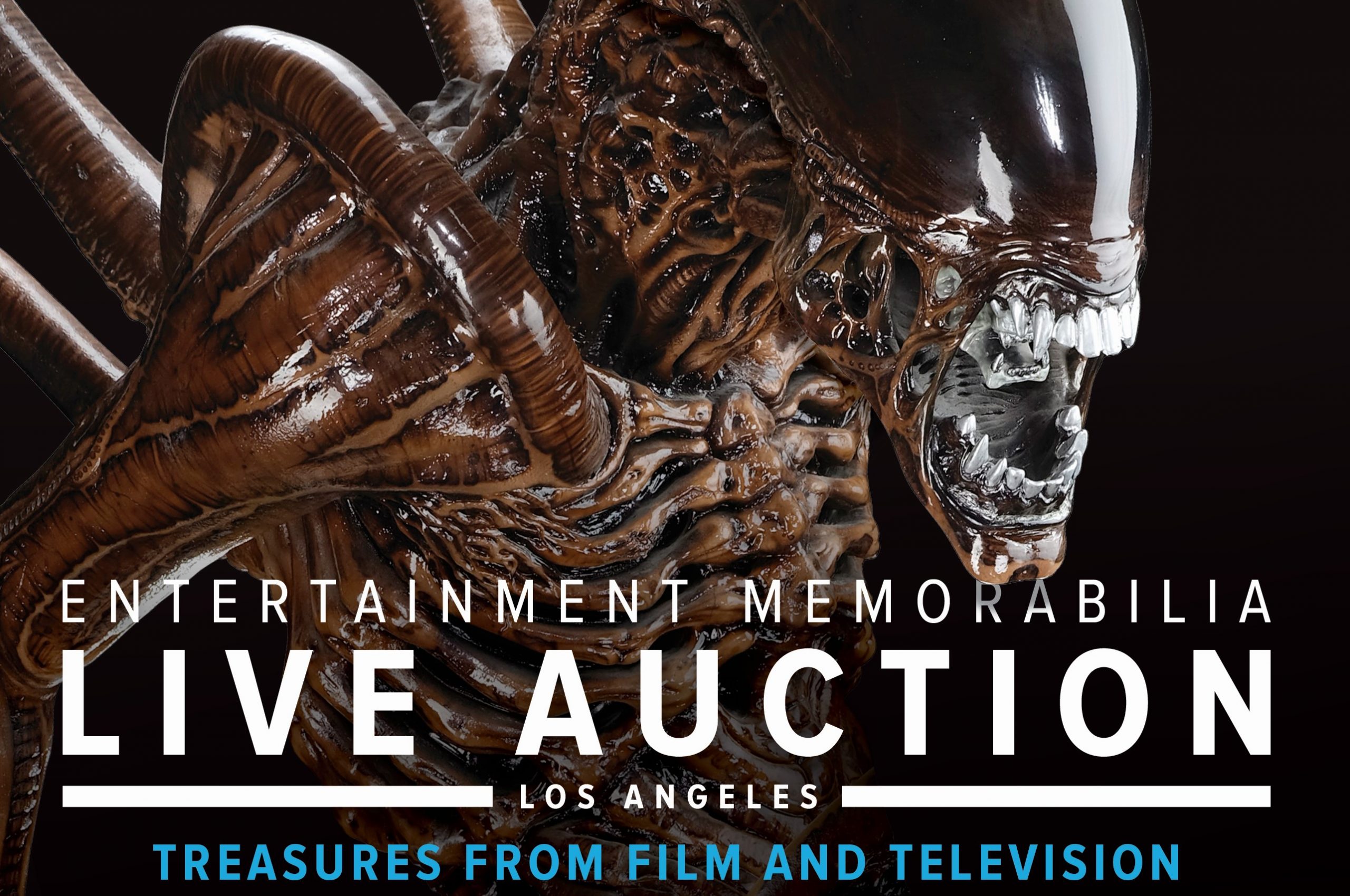 This year, Propstore will be hosting two Entertainment Memorabilia Live Auctions which will include hundreds of prop and costume lots including vintage and modern content across multiple fan-favorite movie and television properties. We’ll be introducing our inaugural Los Angeles auction later this Summer, which will be followed later in the year by our annual London auction! Two great opportunities to acquire your collection’s next star piece.

If you have pieces you are considering consigning, please reach out to Tim Lawes at tim@propstore.com. We’re still accepting consignments for our London Entertainment Memorabilia Live Auction. 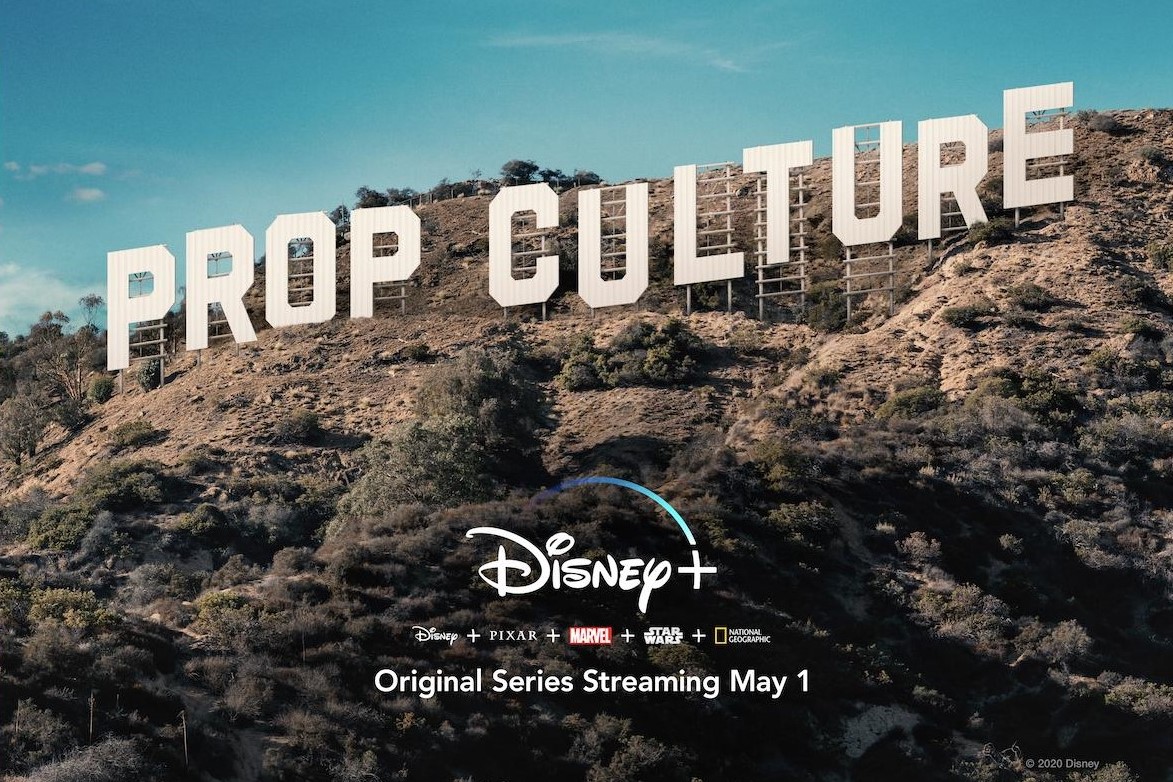 PROPSTORE IN THE MEDIA

Have you checked out Prop Culture yet on Disney +? Propstore’s Brandon Alinger makes a guest appearance in the second episode focused on the Disney classic, Tron.

Check it out today!

Share
Related Articles
24.11.2017  |  Auctions ,  Star Trek
Star Trek Live Auction… The Final Frontier: Uniforms and Props From the USS Enterprise
Debuting in 1966, Star Trek unleashed a pop-culture phenomenon that would permanently keep a residence in the consciousness and hearts of science fiction fans. With Star Trek’s popularity, Starfleet’s Captain William T. Kirk, Lieutenant Nyota Uhura, Dr. Leonard ‘Bones’ McCoy, and the ever-so-logical Mr. Spock quickly catapulted from television series characters to beloved icons.
27.06.2018  |  Auctions
Cinema Poster Live Auction Presents…Top Lots
With the largest collection of cinema poster artwork ever to be offered in the UK, the Propstore Cinema Poster Live Auction boasts not only one of the most extensive collections of Star Wars posters ever to be offered on the open market, but also one of the most extensive collection of original artworks from leading […]
26.08.2016  |  Auctions
Propstore Live Auction 2016 Presents… Star Trek
Welcome to this week’s preview to our Propstore Live Auction on 27th September 2016. will be focusing on one of the most beloved ‘space’ series – Star Trek…
27.06.2018  |  Auctions
Cinema Poster Live Auction Presents… The Chantrell Collection
Widely regarded as one the foremost British cinema poster artists of the 20th century, Tom Chantrell was a natural born artist and skilled draughtsman. Chantrell’s talent for understanding the commercial imperatives of poster advertising was soon recognised and working for the advertising agency Allardyce Palmer, Chantrell began illustrating posters for both Fox and Warner Brothers […]
Sign up to be in the know