Two decades have passed since The Matrix kung-fu kicked its way into cinemas and blew our minds, yet its huge, out of the blue success has lost little of its impact. The idea that major studio would give $63 million to a pair of relatively unknown film-makers to make an original sci-fi action film feels as unlikely today as it did in 1999, but that is exactly what happened to Lana and Lilly Wachowski. And it might not have happened it if weren’t for the siblings’ savvy and unprecedented use of storyboards — many of which are available to buy here at Propstore. The Matrix wasn’t just remarkable for being a film that was storyboarded before it was green lit. It was a movie that was green lit thanks to its storyboards. 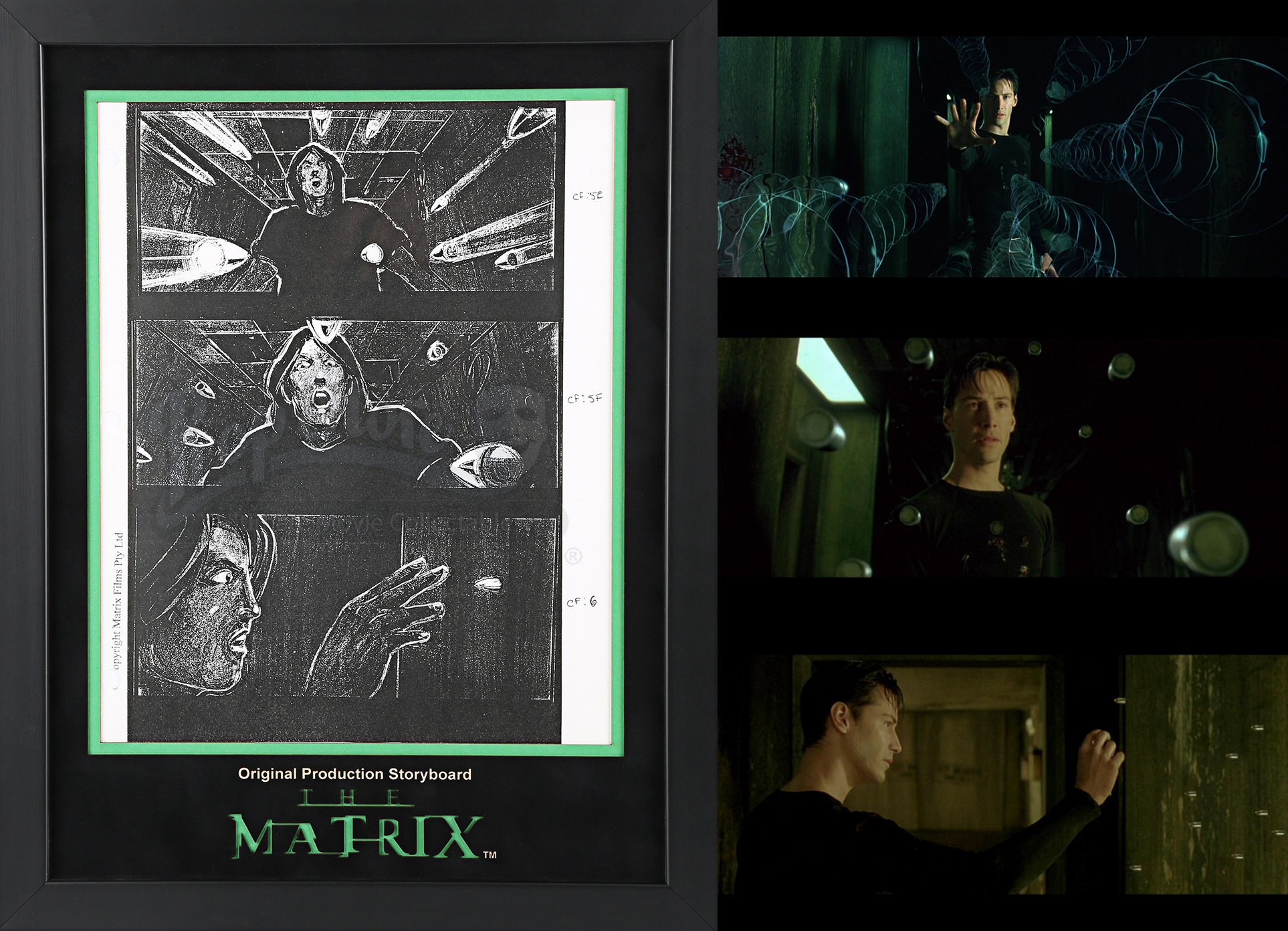 When the Wachowskis first shared their script for The Matrix with producer Joel Silver in the early ’90s, he was blown away. “The minute I started reading it, I wanted to see it,” he told Wired. However, despite having written the Richard Donner-directed Assassins, their insistence they direct the film was, as Silver put it, “going to be tough”.

Even after the duo proved their ability to deliver edgy, big-screen thrills with 1996’s sexy neo-noir Bound, it wasn’t like Warner Bros would just write them a check for a hugely complex, visual-effects-packed blockbuster. One that referenced phenomenological philosophy and manga-based anime, while dividing its wire-work action between a repressive computer simulation of reality and a scorched, robot-dominated future. And to pull off some of its hugely ambitious shots, it would require the development of some never-before-used visual effects techniques. Hardly a “where do I sign?” prospect, even for the most daring and progressive studio.

The Wachowskis knew they couldn’t just tell Warner Bros how good the film could be. They’d have to show it. To do this, they took inspiration from the comic-book world — an ahead-of-the-curve decision when you consider this predated the current golden age of superhero movies — and approached artists Steve Skroce and Geof Darrow to work up storyboards and concept art. 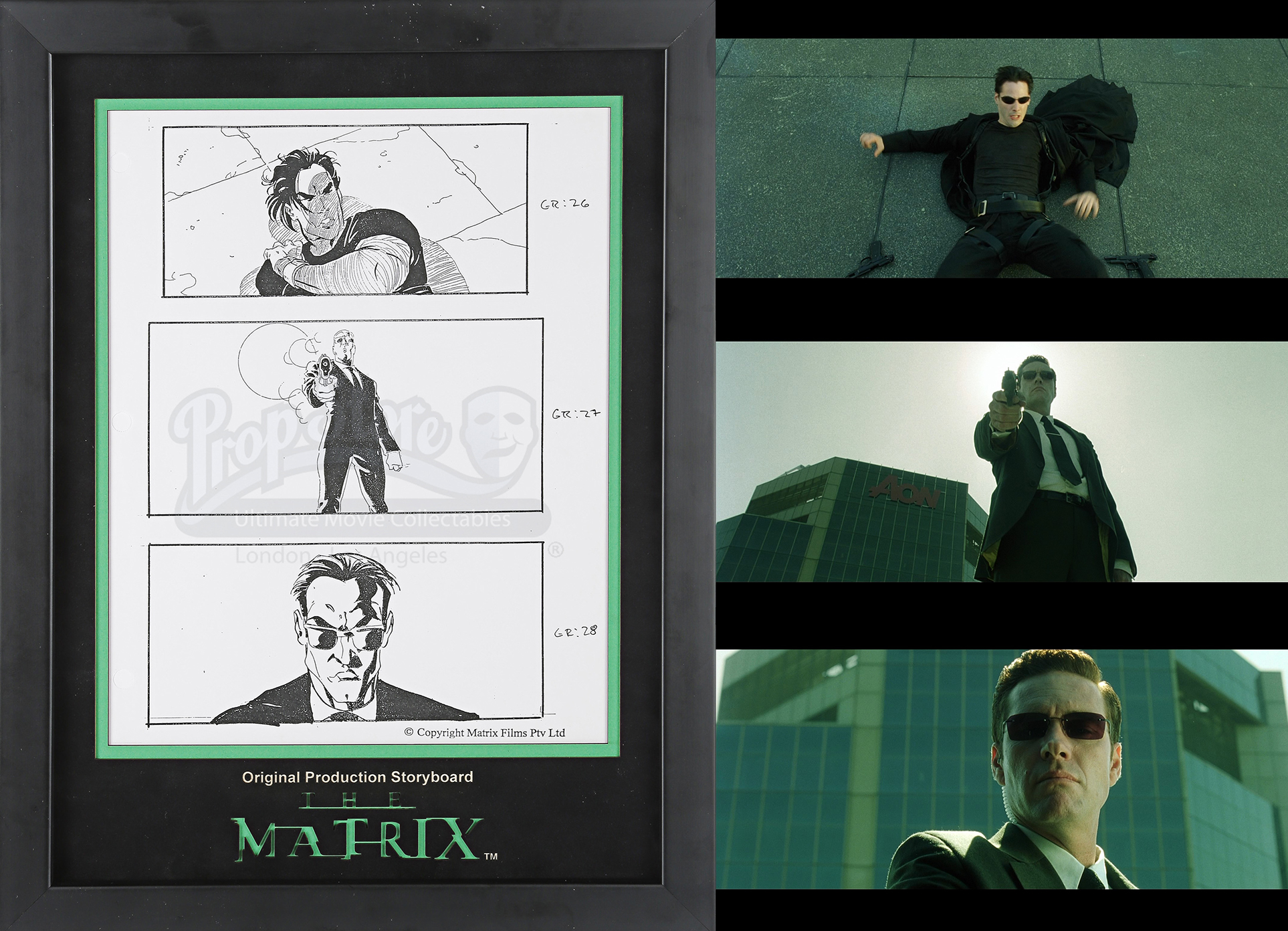 Skroce had drawn for Marvel Comics on such titles as X-Men and Cable, and knew Lana Wachowski from working with her on the Clive Barker-created comic series Ectokid. Meanwhile, Darrow’s hyper-detailed work on Frank Miller’s cyber-noir Hard Boiled had hugely impressed the siblings, who particularly wanted his creative input into the stark, dark-tech ‘real world’ sequences. Darrow had a little experience working with film-makers, having been asked by Ridley Scott to work on an animated movie that never got made, and having allowed one of his designs to be used for Pamela Anderson flop Barbwire. But they would hardly compare to the level of work he’d do on The Matrix.

Together, Skroce and Darrow put together a 600-page, shot-by-shot storyboard book of all the movie’s key set-pieces. In total, around 1,000 illustrations were created for The Matrix, including additional art from Tani Kunitake, Warren Manser, Collin Grant and the Wachowskis themselves. Everything was visualized in kinetic, impressive black-and-white (well mostly — there were some color illustrations, too), and the book was so effective it finally convinced the Warner executives to take a gamble on the Wachowskis — one that paid off massively, to the tune of $460 million in worldwide box office. “It was such an adventure,” Darrow told SlashFilm, “because [at first] nobody believed in it.” 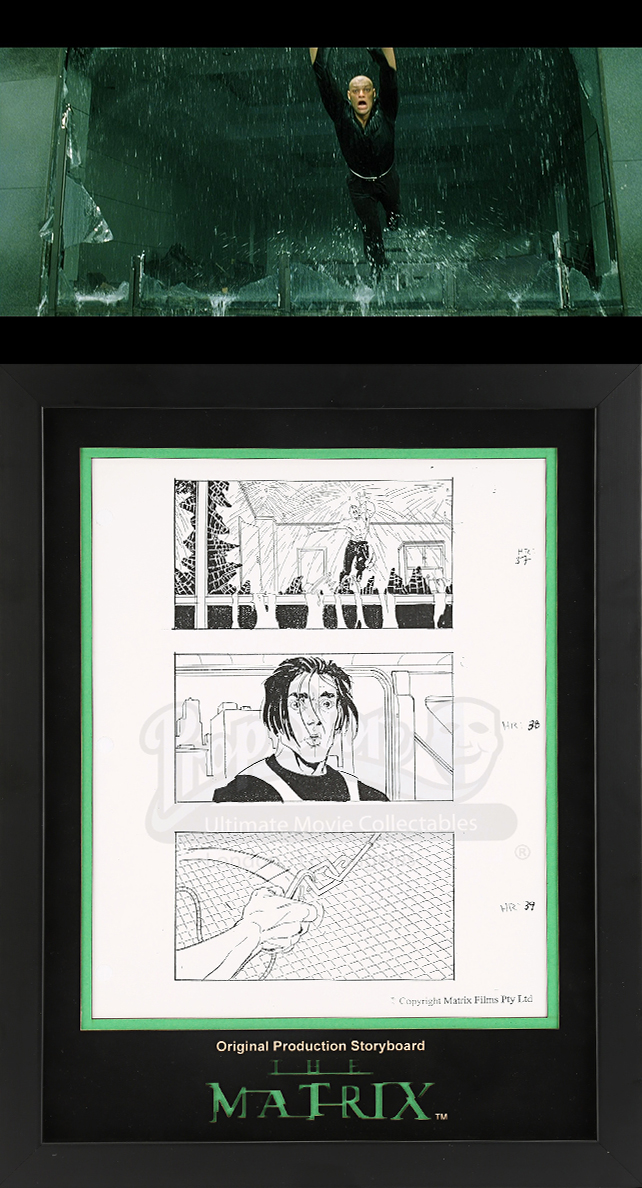 Once the movie was in production, everybody involved came to believe in it — passionately. And Skroce and Darrow’s work provided a valuable, highly detailed blueprint to help all the crew realize it so spectacularly, especially when it came to those eye-popping, time-warping visual effects.

“One of the reasons the visual effects were so successful in The Matrix is that they were very carefully planned,” editor Zach Staenberg told Fandom.com in 2000. The storyboards, he explained, were “a way the Wachowskis could communicate to this 450-person crew what they wanted. If anybody ever asked, they could be told, ‘look at the storyboards,’ at least for a good starting point.” 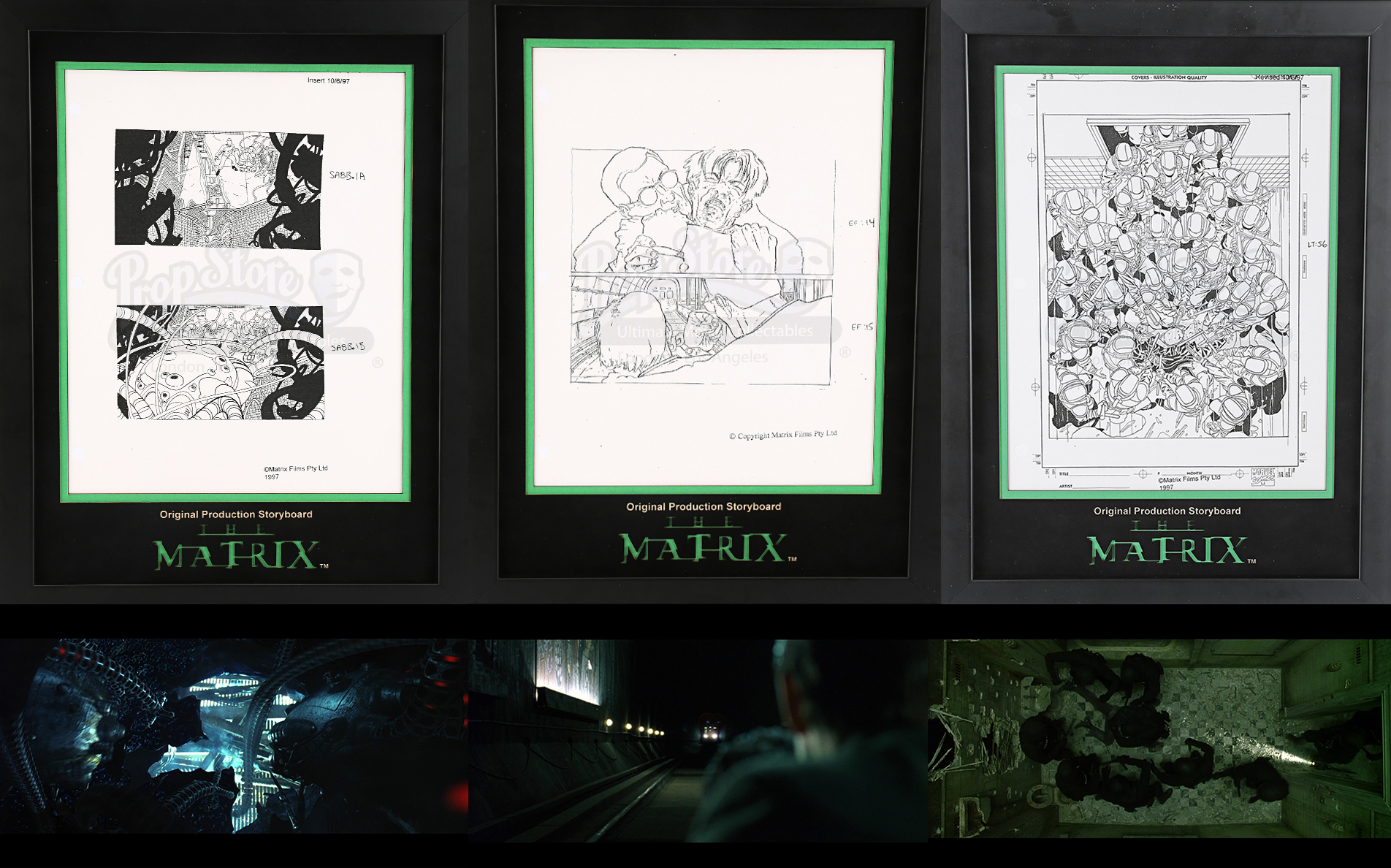 Storyboards have always been a valuable part of movie-making. Such visionary directors as the Coen Brothers (who employ storyboard artist J. Todd Anderson), Terry Gilliam and Ridley Scott (who both draw their own storyboards) always use this process to help realize their films. But few film-makers have used them so extensively, and so inspiringly as the Wachowskis with The Matrix. To misquote Keanu Reeves’ Neo, it truly was a case of “Storyboards. Lots of storyboards.”

Share
Related Articles
24.07.2020  |  Collections ,  Live Auction- Los Angeles 2020
NOSTROMO: A Legend Born, And Born Again l Entertainment Memorabilia Live Auction – Los Angeles 2020
The cover piece for our first ever Los Angeles-based Entertainment Memorabilia Live Auction is the 11-foot long filming miniature of the Nostromo from Ridley Scott’s horror classic, Alien. This artifact has been a part of Propstore’s company collection for over a decade, but wasn’t always in the camera-ready shape you see it in now. Read […]
15.12.2015  |  Behind the Scenes
John Dykstra: Intergalactic Man Of Magic Part 3
Written by the Propstore team Tales abound of ILM being more like a university quad than a serious postproduction house. Hell, there was a hot tub in their parking lot. Another such anecdote stars the escape slide of a 727 passenger jet from a nearby industrial yard that was re-appropriated by the ILM brain trust and […]
|  Behind the Scenes
John Dykstra: Intergalactic Man Of Magic Part 1
Written by the Propstore team “Any sufficiently advanced technology is indistinguishable from magic.” While Arthur C. Clarke’s third principle of scientific prediction is most often applied to science fiction storytelling, it could just as easily be used to describe the age of enlightenment that began in cinematic visual effects in the late 1970s thanks to a […]
30.11.2020  |  Live Auction - London 2020
FEATURED LOTS | Entertainment Memorabilia Live Auction 2020 – London
There’s only a few more days left until the London 2020, Entertainment Memorabilia Live Auction on the 1st and 2nd December, and with a wealth of content this year in the catalogue from over 350 iconic films, we wanted to give you a closer look into some of our featured lots in the auction…
Sign up to be in the know