The upcoming Propstore Entertainment Memorabilia Live Auction features several items from legendary guitarist Jimi Hendrix. Hendrix would have turned 80 next month and despite having a mainstream career that lasted only 4 years, he remains one of the most influential musical artists of the modern era. His celebrated legacy is one that was borne out of adversity, rebelliousness and little-known neurological condition.

In the mid-1960s, the British Invasion of the American music scene was in full swing, with the Beatles and the Rolling Stones in the vanguard. Jimi Hendrix’s arrival in London on 24th September 1966 was a one-man counterassault. He had been eking out a living in Greenwich Village when he was offered a recording contract by The Animals’ bassist Chas Chandler.

Hendrix arrived on these shores fully formed, having honed his craft to perfection as a session musician for the likes of the Isley Brothers and Jackie Wilson, and later with his own bands. Likened by Pete Townsend to a light-emitting shaman, Hendrix’s performances already exhibited the showmanship and flourishes that would become his trademarks. He could play his Fendor Stratocaster guitar behind his back, and in his Tennessee milieu, to strum with one’s teeth was de rigueur. 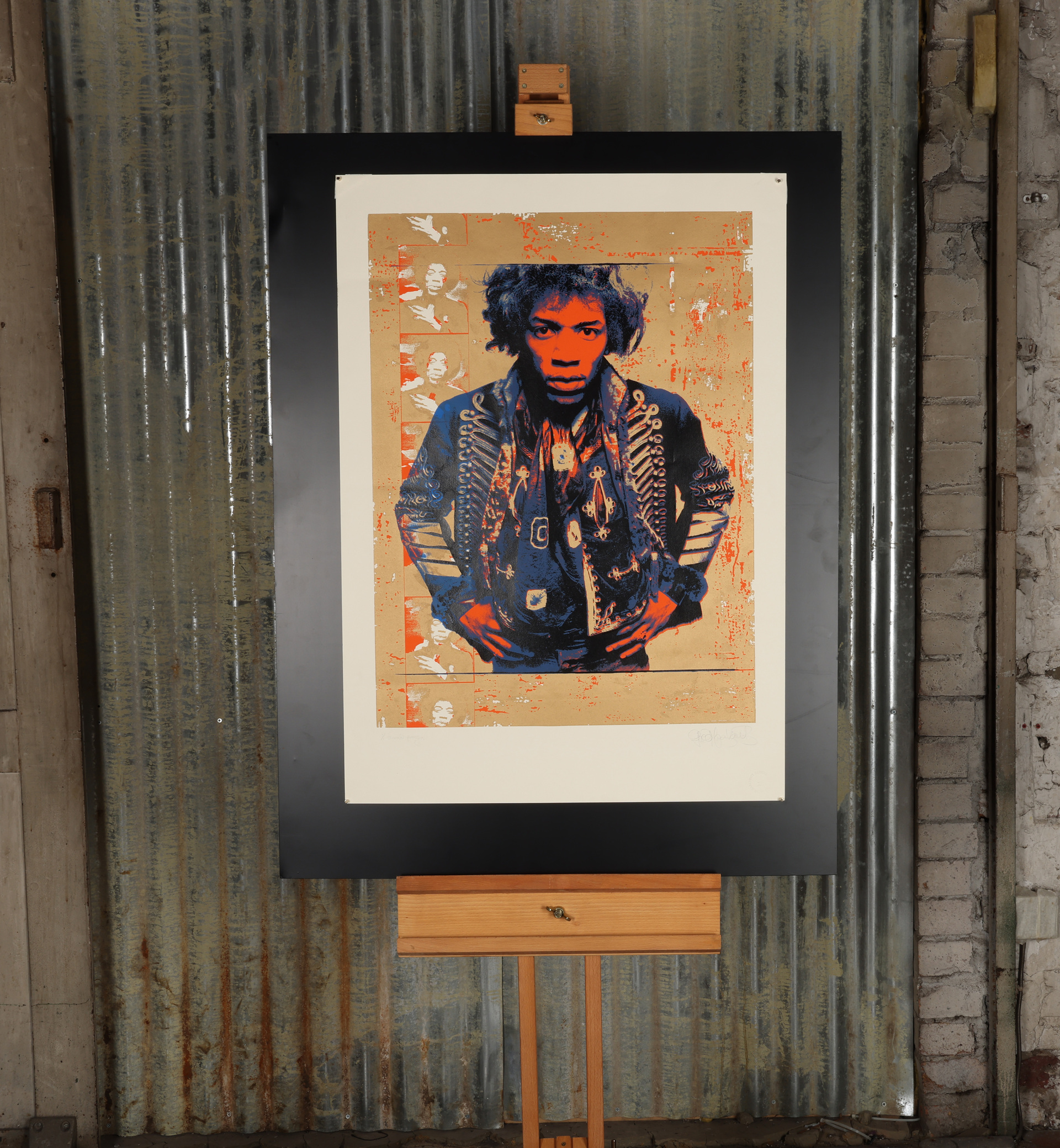 Chandler recruited members of a new band to be called the Jimi Hendrix Experience to showcase the talents of his acoustic auteur. Hendrix made an instant splash, wowing the likes of Eric Clapton, Paul McCartney and Jeff Beck into stunned silence by his performances. Not to be outdone by The Who’s destruction of their instruments at the end of their shows, Chandler encouraged Hendrix to set fire to his guitar.

Whilst gimmicks may have increased his media exposure, Hendrix’s meteoric success was driven by his pioneering use of feedback, fuzz and phasing to unleash the explosive possibilities of the electric guitar. The Beatles had been the first to incorporate feedback on a song in the opening twang on I Feel Fine, but Hendrix took distortion to greater heights and made it the centrepiece of his performance. In doing so, he created a new musical form. 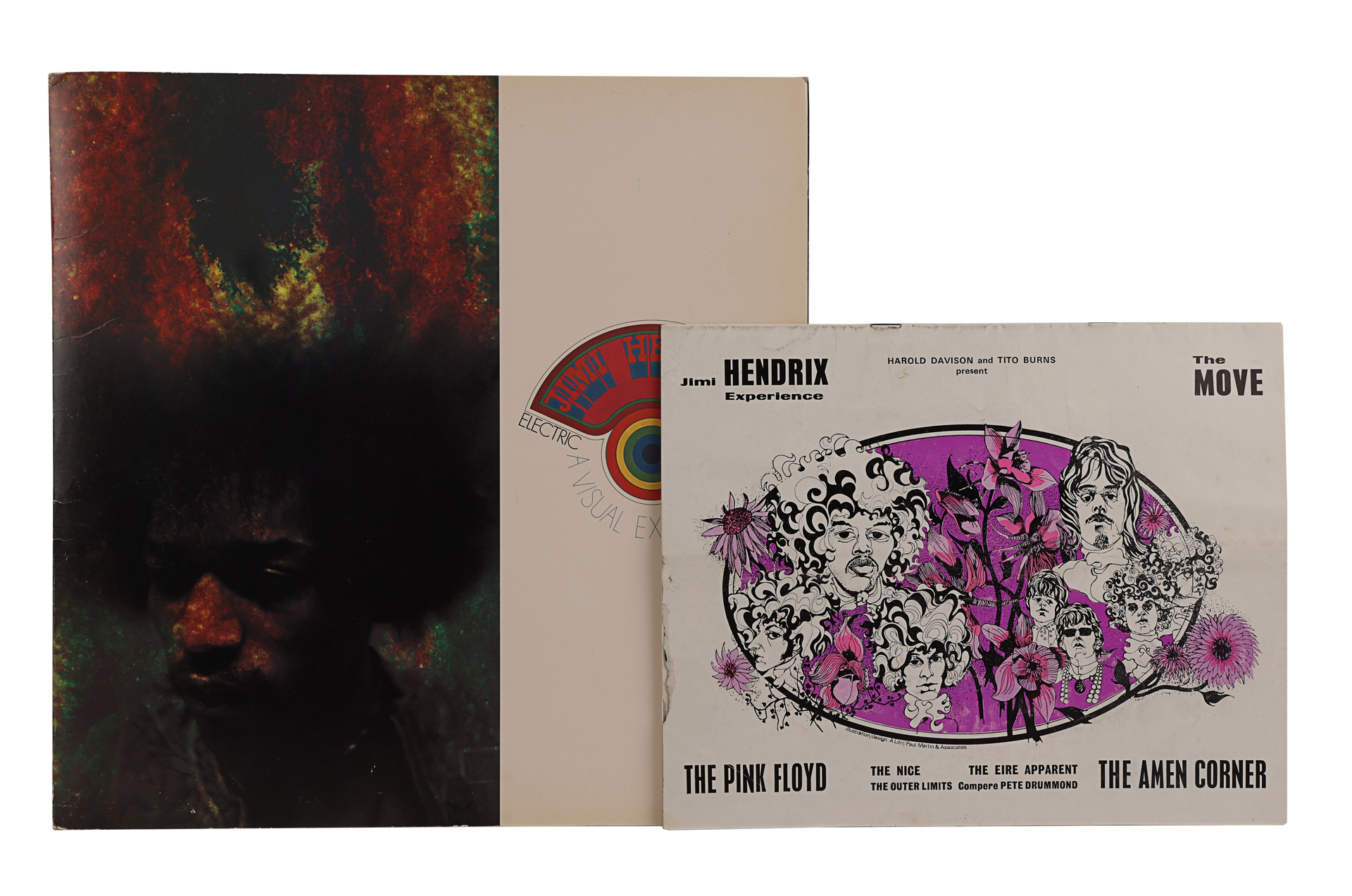 It was a social worker at his elementary school who noticed Hendrix’s habit of clinging to a broom handle as a security blanket and strumming it to mimic a guitar. Hendrix’s family suffered from extreme poverty and frequently moved house around Seattle. Shy and sensitive by nature, Hendrix would often hide in the closet to escape the violence and alcoholism of his parents, who divorced when he was 9 years old. He would later recount that he was the victim of sexual abuse by a man in a uniform.

Music thus became a refuge for Hendrix and a release from his chaotic home life. At 14, he found a one-string ukulele during a house-clearance and started to practice his technique. At 15, he bought his first acoustic guitar, and two years later he graduated to a Supro Ozark electric guitar. He had an almost symbiotic relationship with his instrument – he even slept with it – and it became his voice.
Yet Hendrix was famously unable to read or write music. He played entirely by ear. Whilst many commentators have expressed wonder that he reached such euphonic heights despite his musical illiteracy, could it be that his lack of formal training enabled him to do so? 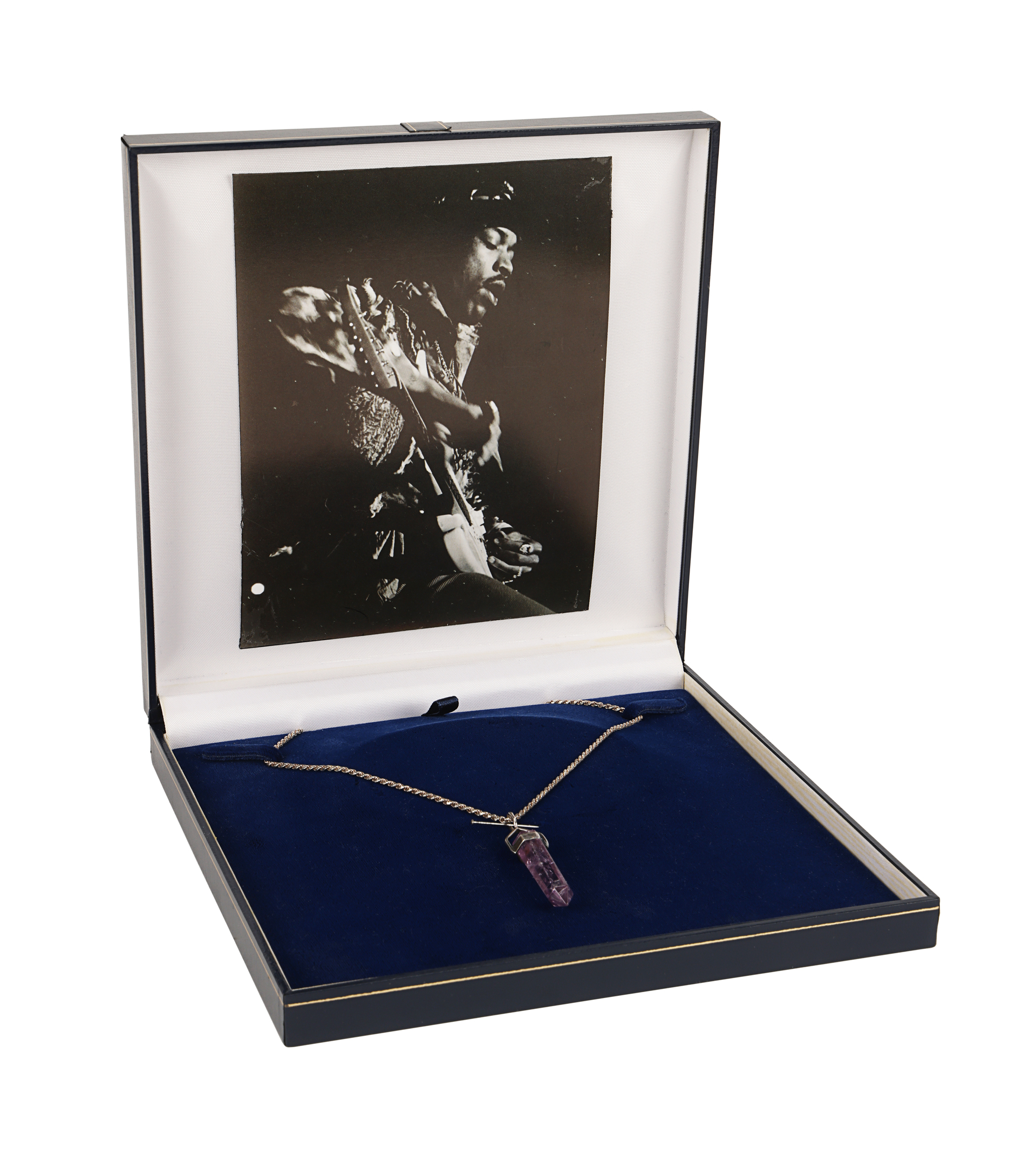 In the 1700s, Rousseau espoused unfoldment theory – the notion that children should lead their own education and explore what interests them. The idea, later developed by the likes of Maria Montessori, was that conventional education methods were restrictive, and true education should simply encourage creativity, self-expression and experimentation.

That his autodidactic approach was the making of Hendrix is supported by the surprising number of musical icons who were unable to read or write music or were otherwise entirely self-taught. This includes the likes of Elvis, Prince, Michael Jackson, Paul McCartney, Eric Clapton, Noel Gallagher and Slash.
A further string to Hendrix’s bow, and a catalyst for his success, was his neurological condition synaesthesia. He would see colours in sound. Other famous synaesthetes include Duke Ellington, Stevie Wonder and Vincent Van Gogh.

This condition enabled Hendrix to merge his senses, and in doing so achieve unusual creativity. According to Roger Mayer, who worked with Hendrix on the ground-breaking album Axis: Bold As Love, Hendrix was a polymath who visualised sounds in cinematic terms. He would discuss philosophy, science fiction and the cosmos in the recording studio before trying to depict complex mythological stories in musical form. 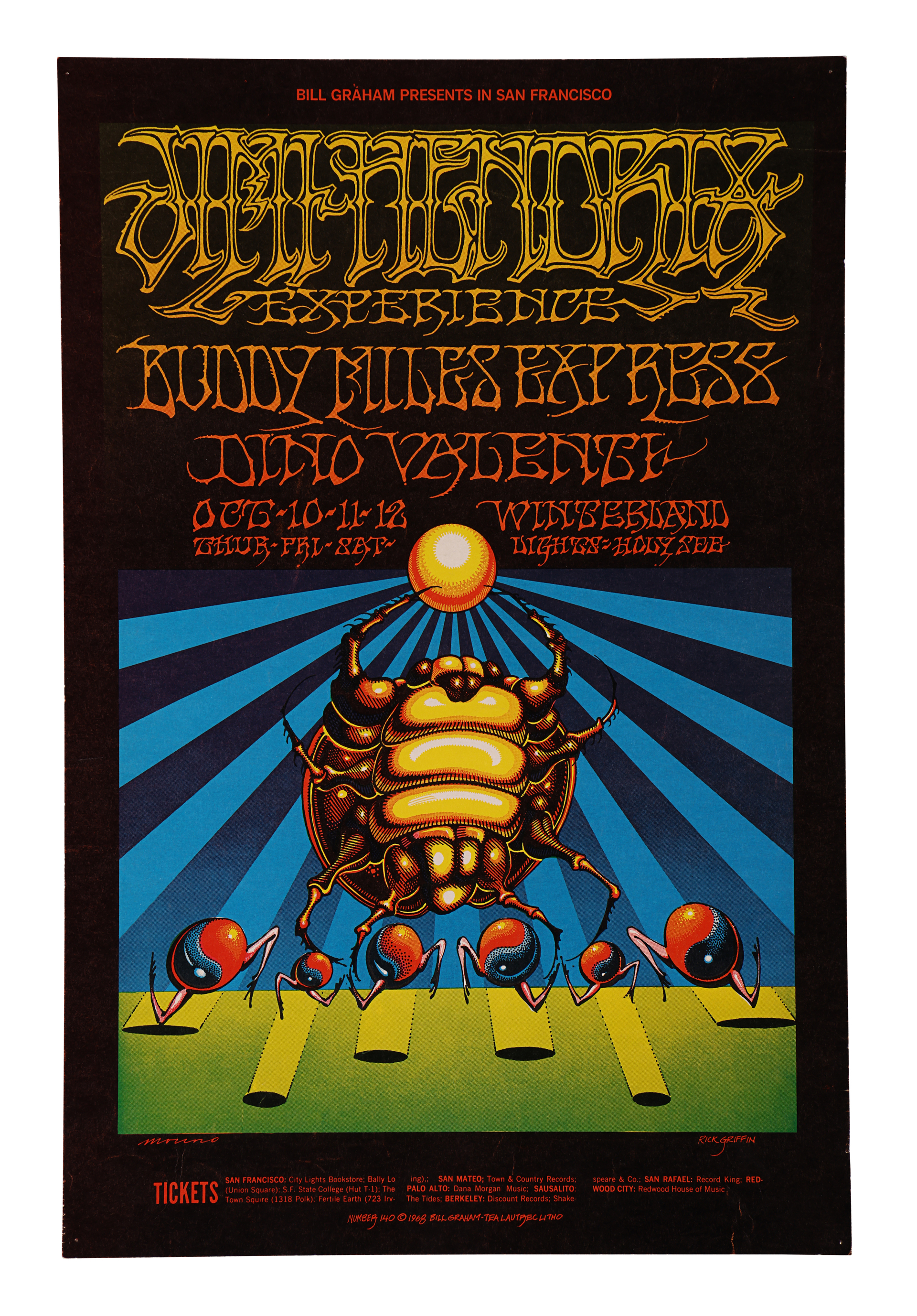 After his show-stopping stints at the Monterey and Woodstock music festivals, Hendrix became a figurehead for the flower-power movement. With his Native American clothes, hippie beads, long hair, and – let’s call it, pharmaphilia – he appeared to embody the anti-war counterculture of the late-1960s.
But unbeknownst to most, Hendrix was a former paratrooper with the 101st Airborne Division of the US Army, a famed unit known as the Screaming Eagles, whose motto is ‘Rendezvous With Destiny’.

He was not the most fastidious recruit in the Division’s history. Frequently reprimanded for his guitar playing, he feigned homosexuality to secure a discharge. But he was, nevertheless, an avowed patriot. According to Eric Burdon, Hendrix supported the Vietnam war as a necessary means of containing Communism.

This duality of his persona was mostly lost on observers when Hendrix blasted out his iconic rendition of the Star-Spangled Banner at Woodstock. Misinterpreted as a critique of the Vietnam war and America’s history of violence (the distortion and feedback being likened to bombs and screams), it was described by Hendrix as a cry of “Go, America!”.

Not that Hendrix was an anti-anti-establishment figure. He expressed support for the Black Panthers, after all. But he was, without doubt, a free thinker. He even had the gumption to criticise the Beatles’ White Album as a musical step backwards.

Interestingly, John Lennon would, several years later, join in the sacrilege, describing much of the Beatles’ output as “terrible” and supporting conservative Cold Warrior Ronald Reagan over Jimmy Carter in the US Presidential Election. But Hendrix evolved before his peers. His nuanced worldview and open disagreement with the dogma of his time demonstrated courage and a willingness to challenge convention – not only musically, but in all aspects of his life. 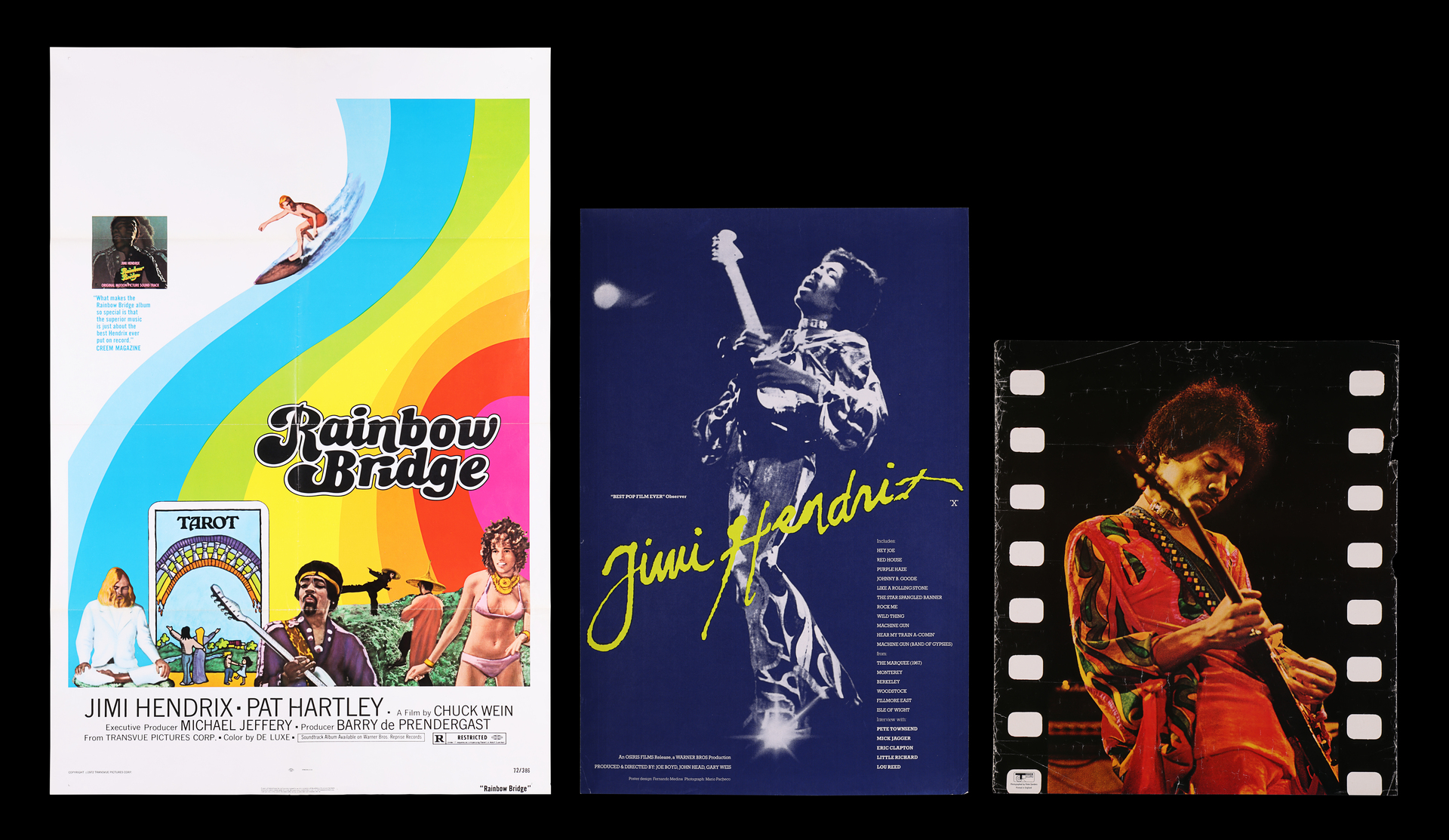