Vintage cinema posters (pre-1990) were mostly based on painted artwork designs. The market in the UK for such original artwork has been slow to develop, mainly due to the lack of supply. Therefore prices for British cinema poster artwork has lagged against corresponding American movie poster art. The current Propstore Cinema Poster Live Auction on the 28th June 2018, however, contains the largest collection of cinema poster artwork ever to be offered in the UK… 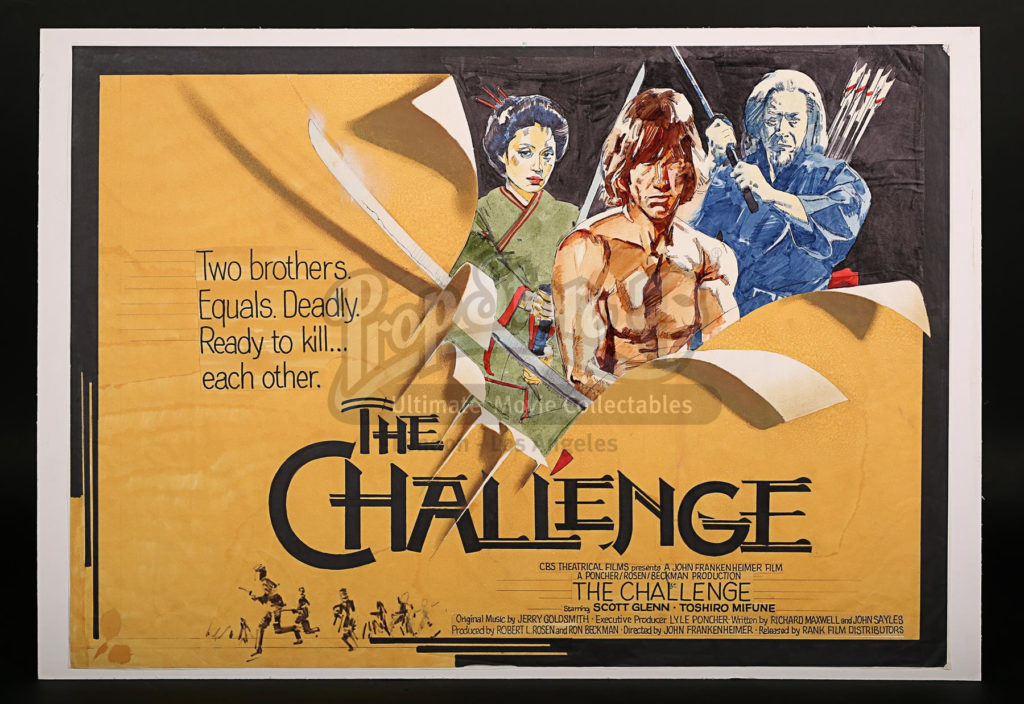 One of the most inventive of all British cinema poster artists was Vic Fair. Fair was a design genius and as such he was often used to produce concepts that were then given to other artists to illustrate. Here is Fair’s prototype artwork for Lot #131 – The Challenge (1982), this poster later illustrated by Brian Bysouth. 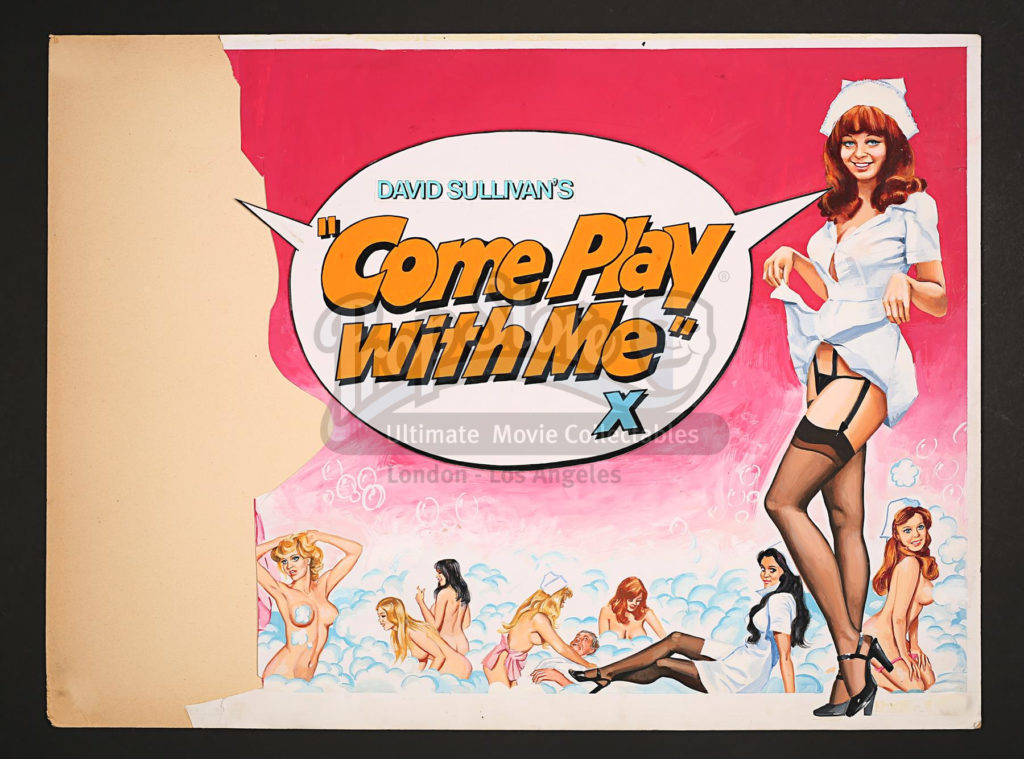 We have a number of artwork pieces from the archive of British artist Tom Chantrell, including this interesting piece for Lot #54 – Come Play With Me (1977). The reason for the missing piece is that Chantrell was always ready to cut-up his own work if he could re-cycle. When this film was re-released as part of a double-bill, Chantrell removed the section he could re-use, an act of artistic savagery but for the artist this made perfect sense as there was simply no market for used artwork pieces like this at the time! 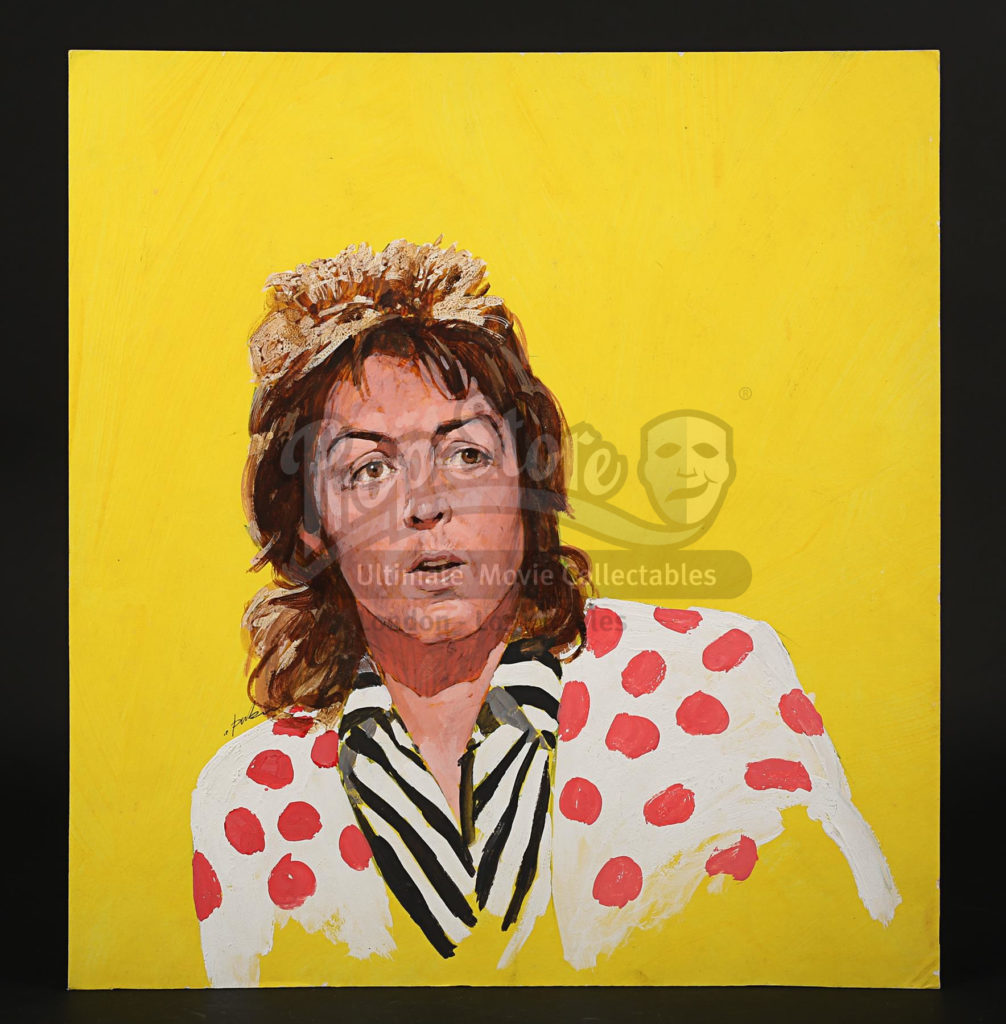 The British cinema poster market was a cosmopolitan melting pot and Italian artists in particular were active in the 1950’s-70’s. Both Renato Fratini and Arnaldo Putzu re-located to London to illustrate UK cinema posters, both being prolific, high calibre artists but little of their poster art has survived. Here is an example of Putzu’s artistry, though this is for a Lot #22 – Look-In magazine cover (1973) rather than a film poster. 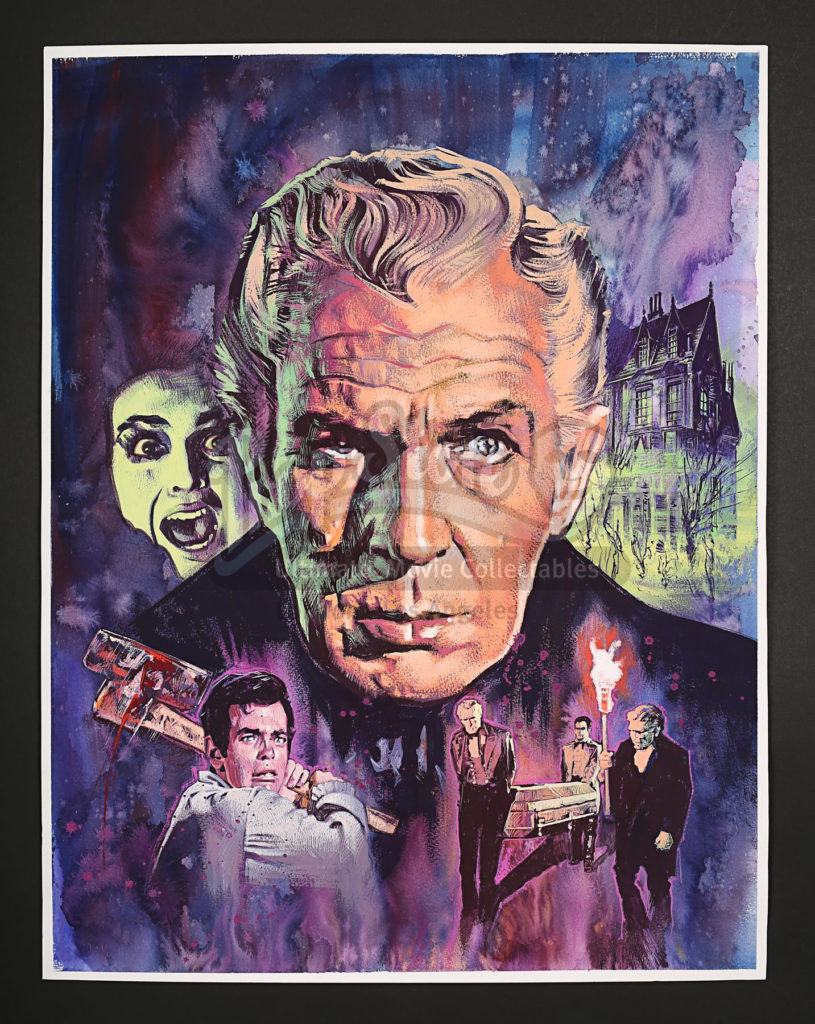 We can ask why so little poster artwork has survived? The answer is that once used, there was no market and no interest in these artefacts. Much was just thrown away, lost or stolen. Over the years remaining pieces were damaged and as we’ve seen, sometimes the artists mutilated their own work. During the period 1989-91, the mode of poster production changed from painted to photographic design and most poster artists lost their livelihoods. Fortunately, this is not an entirely lost art form as we have Graham Humphreys still producing artwork in the old style. Lot #198 – The Fall Of The House Of Usher (2017) is a great example, the artwork being deliberately retro for this classic 1960 film but this a contemporary creation for a Blu-Ray/DVD cover. 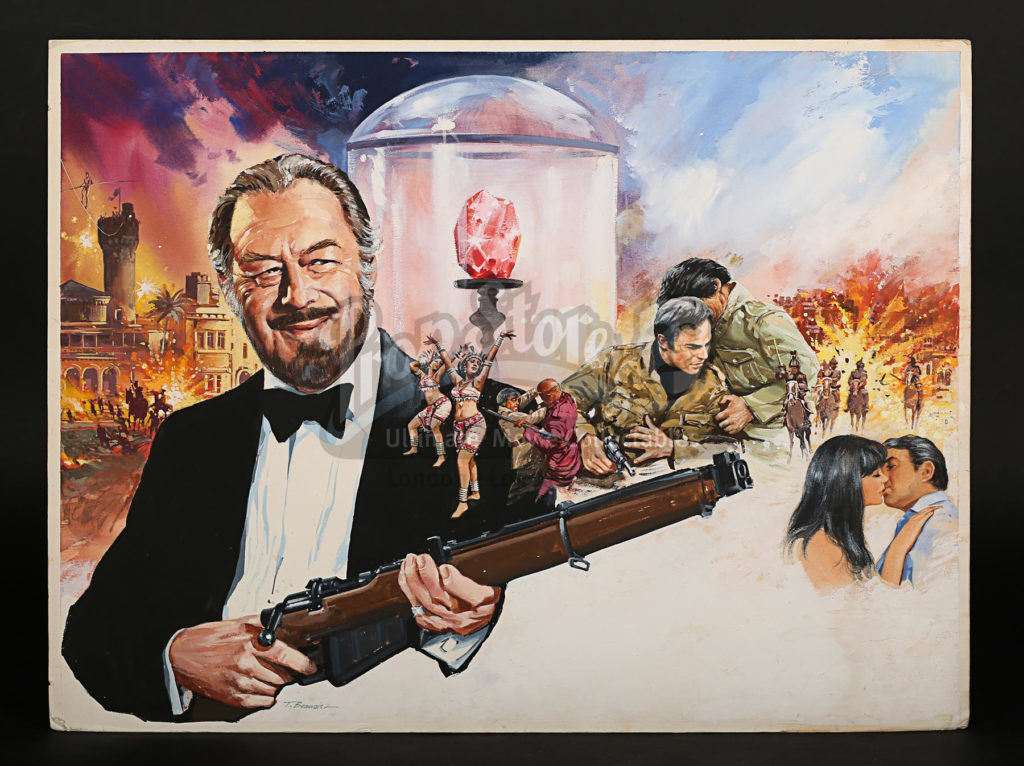 So why should we collect artwork? Well because this is the real McCoy. Poster print runs were generally 2,000-3,000 for independent distributions to 10,000-20,000 for big studio blockbusters. It is true that just a tiny fraction of these survived after the films were first shown. With artwork, however, there would have been just 3-4 prototypes and then only a single finished piece produced. On a sliding scale of rarity it is obvious that original artwork will always out-rank the equivalent posters and it’s a market which is about to take-off!

If you liked what you saw, then why not check out some of the amazing pieces of original art and collectable posters all currently up for auction in the Propstore Cinema Poster Live Auction, and find yourself your very own piece of movie art history.